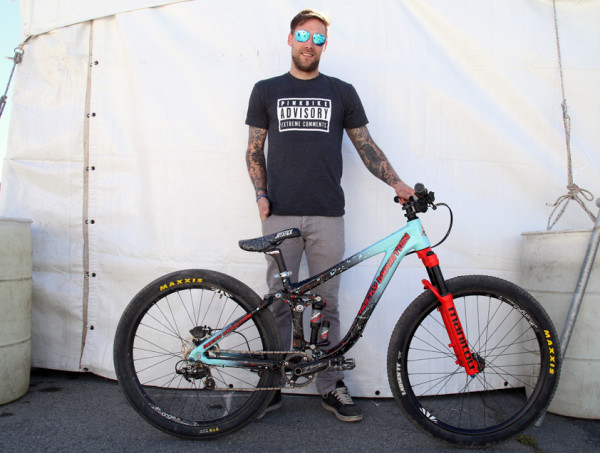 Gully gets all the cool parts. That’s not surprising though considering is always entertaining both on and off the bike, plus a genuinely nice guy to boot. This year after taking in the Manitou presentation for the all new Magnum Plus suspension fork, Geoff let us check out his slopestyle bike since he was on hand as a Manitou, Answer, and Sun Ringle sponsored athlete. In addition to sporting one of the raddest paint jobs we’ve seen in a while, Geoff’s Rocky Mountain Slayer SS was running an interesting suspension fork that we haven’t seen before… 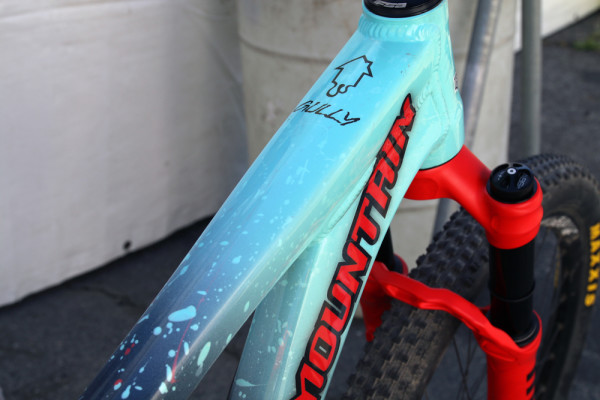 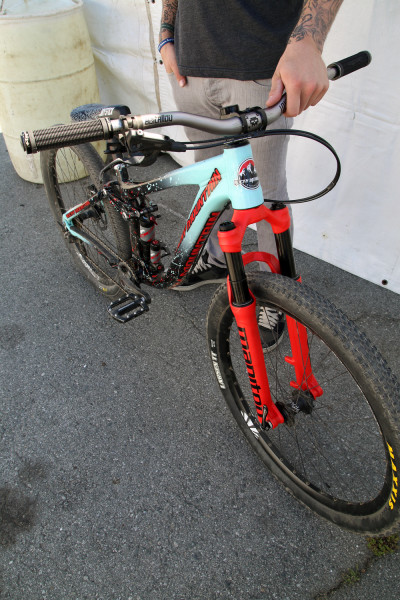 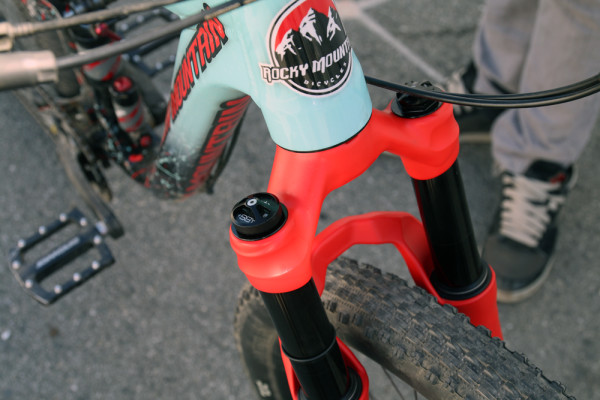 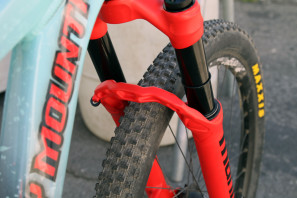 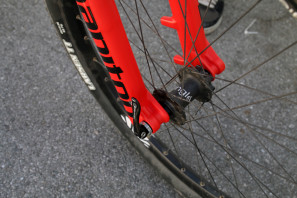 From all outward appearances, Geoff is riding what looks to be a slopestyle focused version of the Manitou Mattoc Enduro suspension fork. Compared to the Mattoc the fork has almost identical looking lower castings and crown, but Gully’s fork uses black coated stanchions more similar to those found on the new Magnum. It also uses what appears to be an ABS+ damper, likely the ABS+ with Jump Stack damper found on the Circus DJ fork. The air spring fork looks to use Manitou’s Hexlock QR15 axle and 34mm stanchions which would both be departures from the Circus chassis. Geoff wasn’t able to talk about the fork, but he did mention that he was previously on a Circus.

About that paint job – Geoff apparently didn’t have much direction for PaintHouse Customs, other than to “make it look like we slaughtered a Smurf.” Known for their incredible paint jobs from helmets to frames, PaintHouse knocked it out of the park. 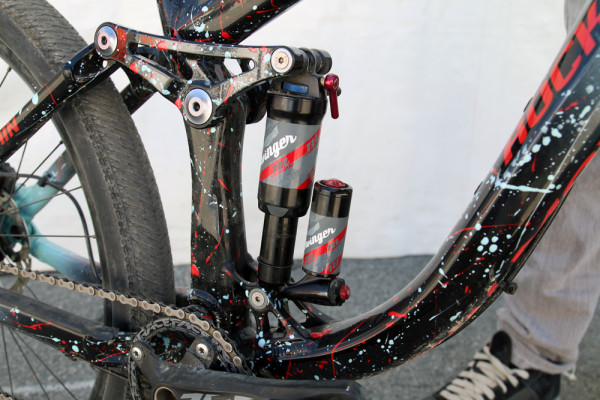 Out back, the stock shock has been replaced with a Manitou Swinger. Notice that even on his Slopestyle bike, Geoff runs a Race Face Narrow Wide ring without a guide or guard. Out of the frame are the Answer Rove R2 pedals. 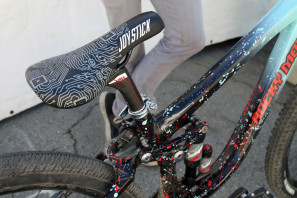 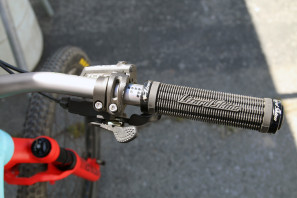 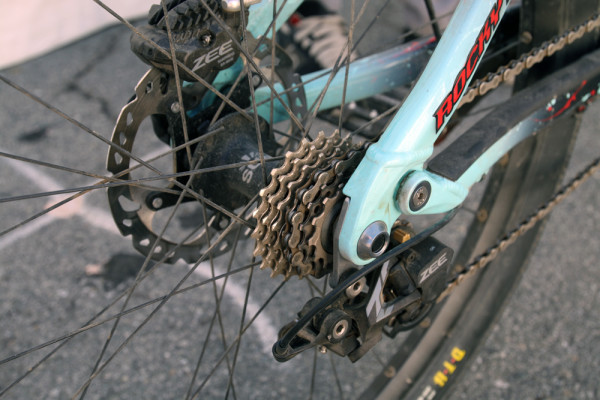 As a Joystick Team Rider, Geoff uses an Imprint Gravity/SS saddle on an Answer Carbon SL post, and a Joystick 8Bit Alloy bar with Lizard Skins lock on grips and Joystick Builder Stem. The drivetrain consists of mostly Shimano Zee with a modified 7 speed cassette stuffed onto the shortened freehub body on the Sun Ringle DJ Single wheels. A single Zee brake slows down the bike through a Maxxis Larson TT front and DTH Rear tire.

That bike is a majestic being. Did he mention his top speed?

Stay out of Trees when drunk Jeff!

More black forks.. why not some cool anodized colors?

Kinda weird to see Zee on the bike instead of Saint.

@Beavis – I think you mean black stanchions. The fork is red.