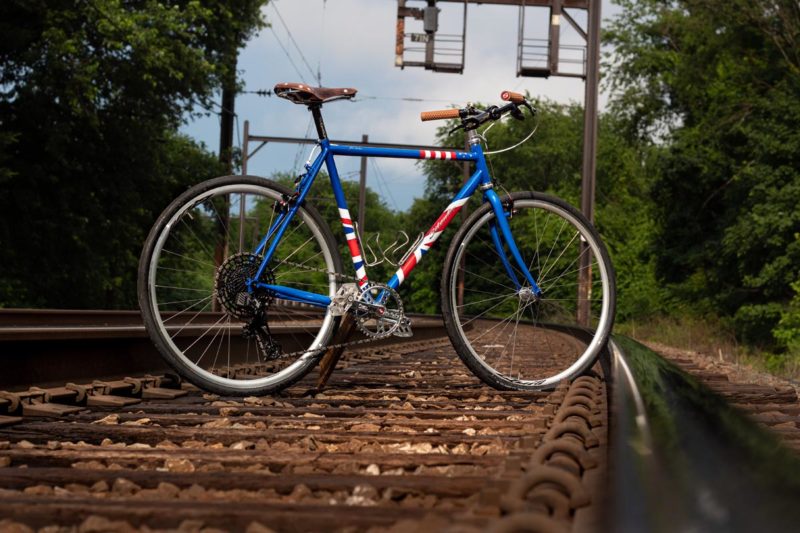 As a small frame builder, if you got a request from the government out of the blue to build a special bike for an undisclosed client, would you believe it? That was the situation Stephen Bilenky of Bilenky Cycle Works found himself in, after being approached by the U.S. Department of State. 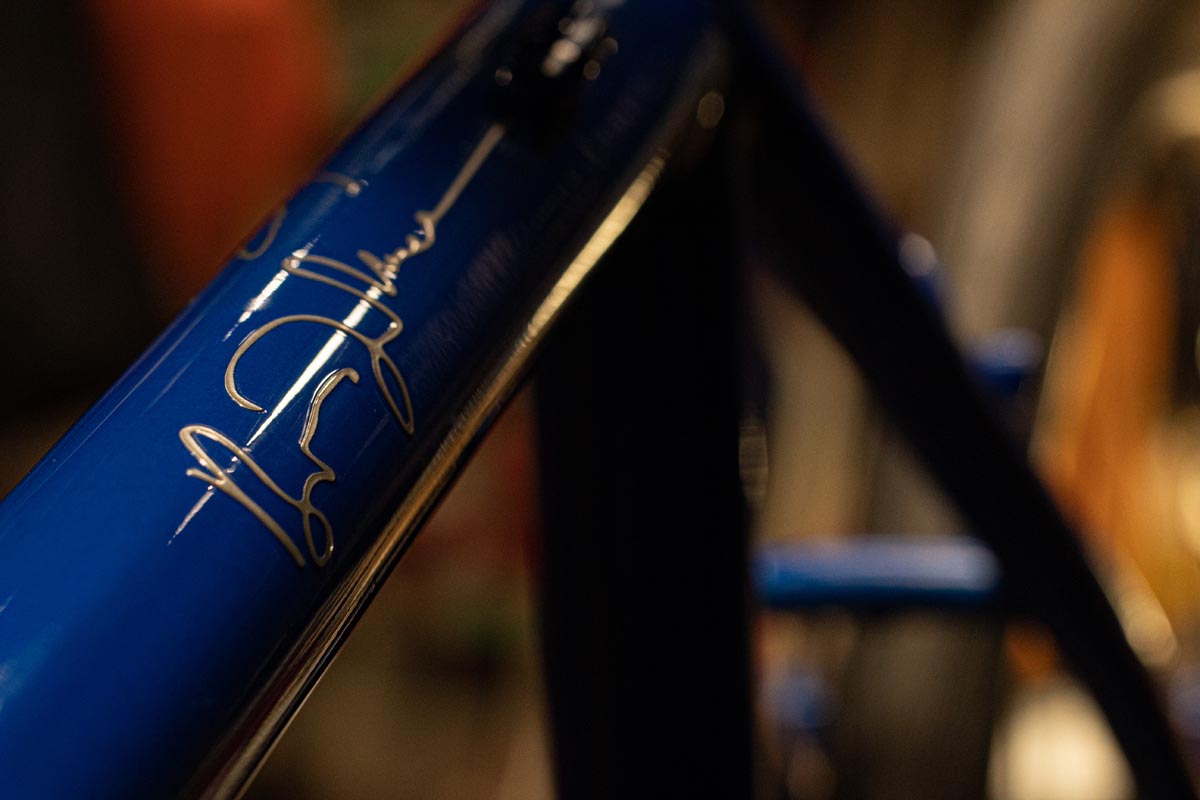 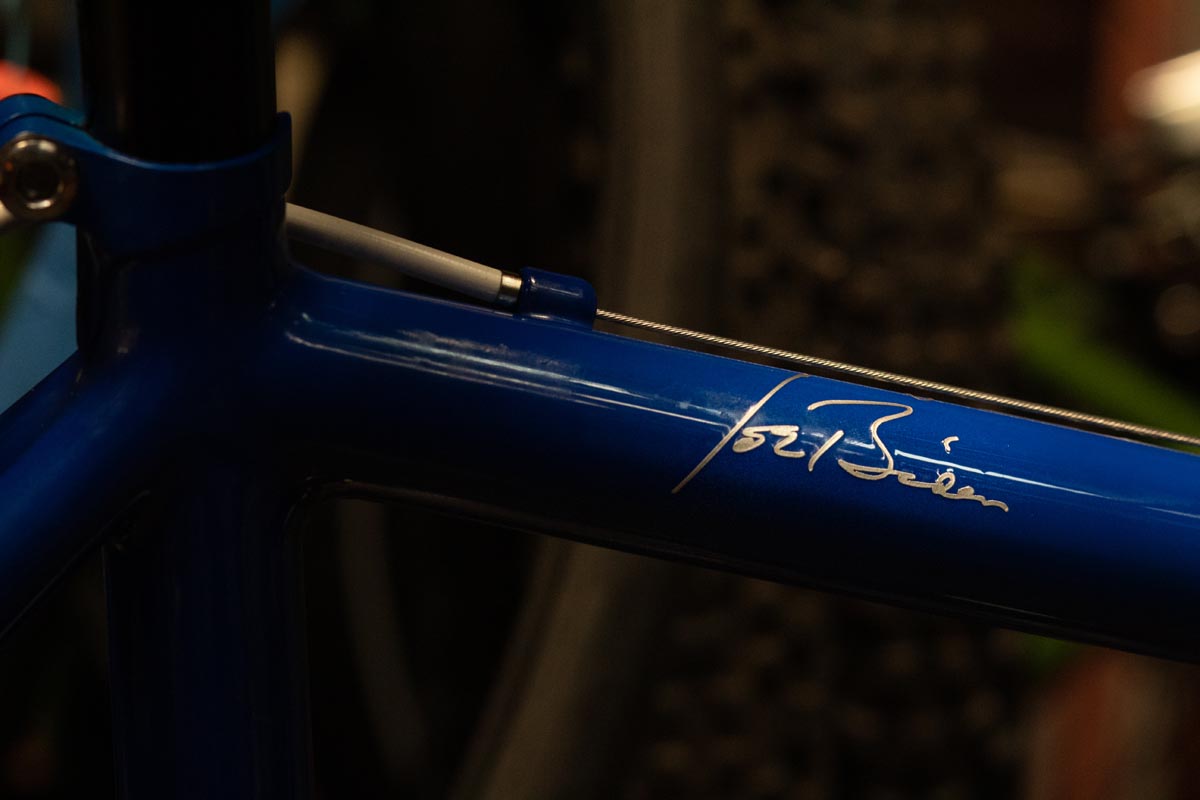 Joe Biden’s signature on one side, Boris Johnson’s on the other. All photos c. Painted Dog Media / Daniel Kilkelly

The ask? Build a bike for the British Prime Minister, Boris Johnson, using as many American-made parts as possible. Oh, and do it for only $1500 with an extremely short deadline. According to Bilenky, “[the Department of State] gave a good sales pitch on the zoom meeting. Later when I asked, she said they found us by doing an internet search of American-built bikes. I guess my name started with B, so I was ahead of Chapman and Weigle. Maybe I was the only one that would agree to a June 4th deadline. Or work for $1500….” 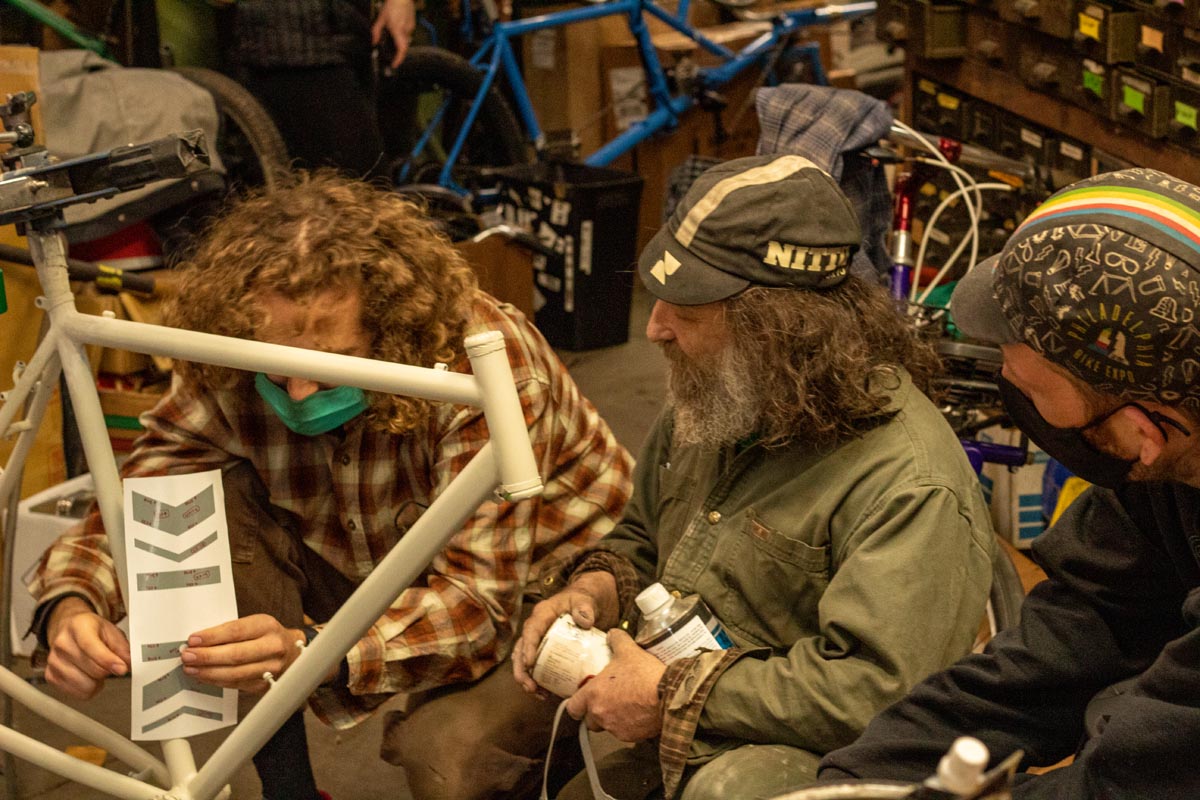 Stephen Bilenky (center) and team figure out the finish.

When it came to the bike itself, Bilenky says that they requested an upright commuter design. “I based it off my classic, sport tour club bike from the 80’s, the “Bilenky Clubsman” (the name changed in the 2000’s to a gender neutral “Tourlite”, all my early names were British influenced).” According to the Philly Bike Expo’s facebook post, the ““Boris Bike” comes full circle back to its British roots as Stephen Bilenky started his frame building skills with an English builder from Birmingham – Jim Gittins.” 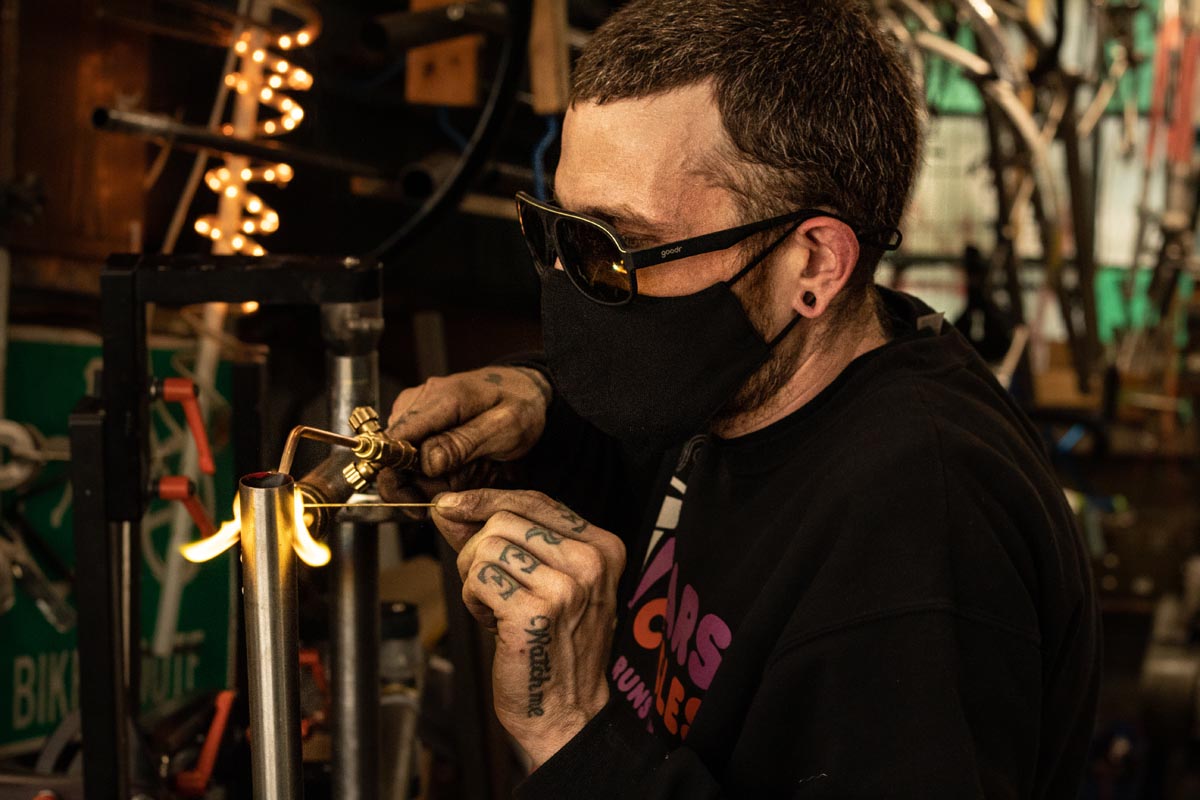 Built with help from Casey Sussman of Mars Cycles, who cut and brazed the front triangle out of tubing that he had on hand to help meet the tight deadline, the custom wheels were built by Bryan VanArsdale of Bicycle Revolutions. 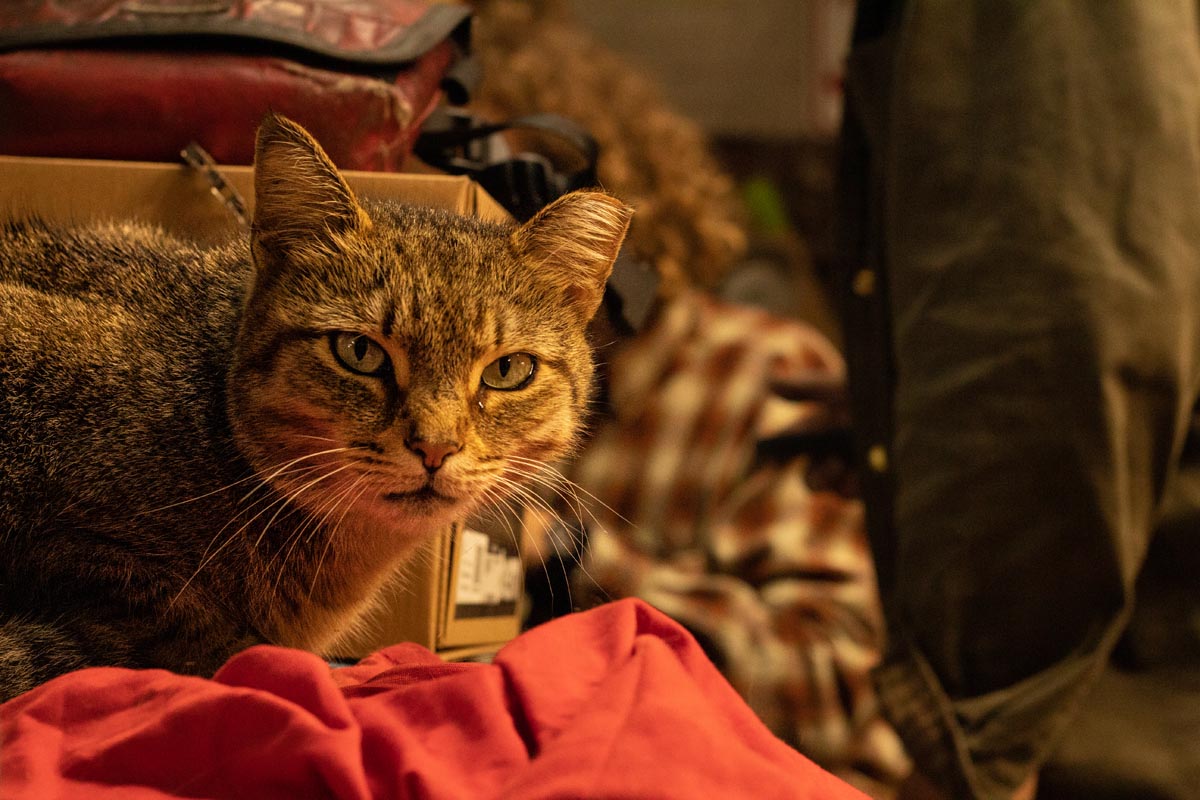 We’re told to expect an additional collaboration between Bilenky and Mars in the future that will be called Junkyard Cats with a production run of tracklocross framesets (including a very small size). 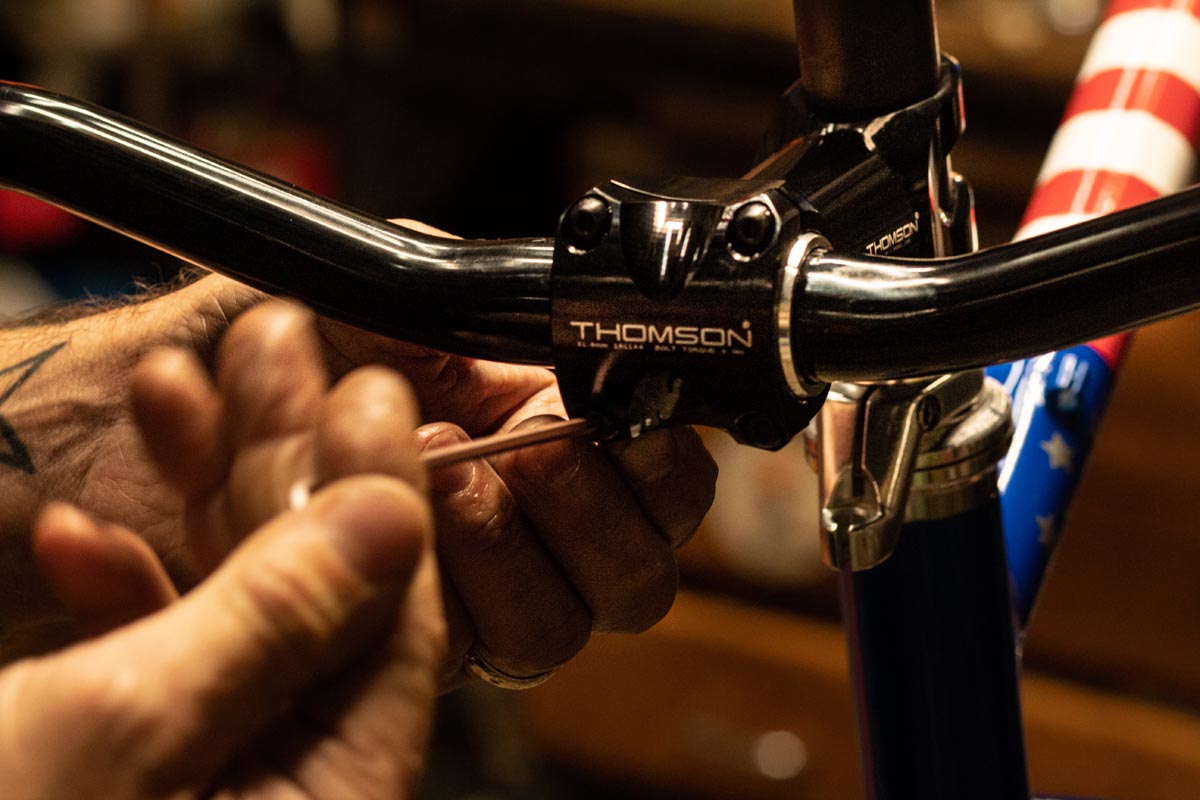 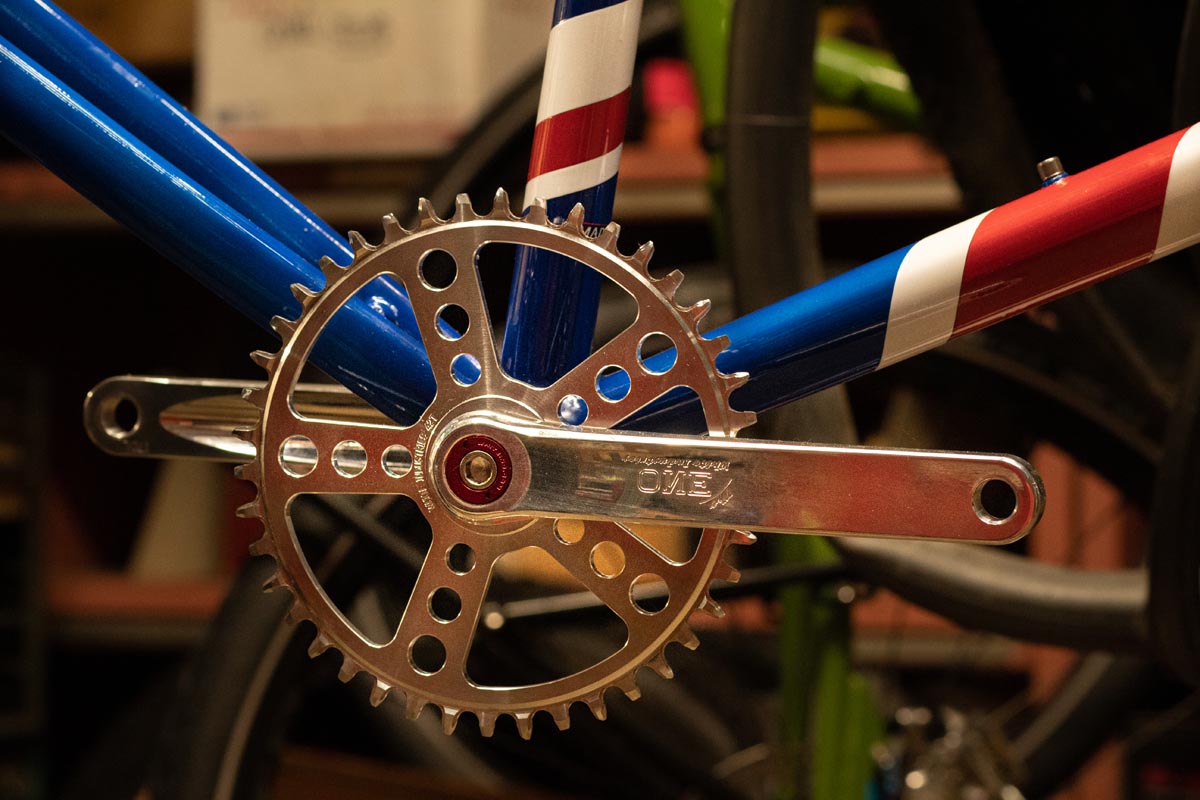 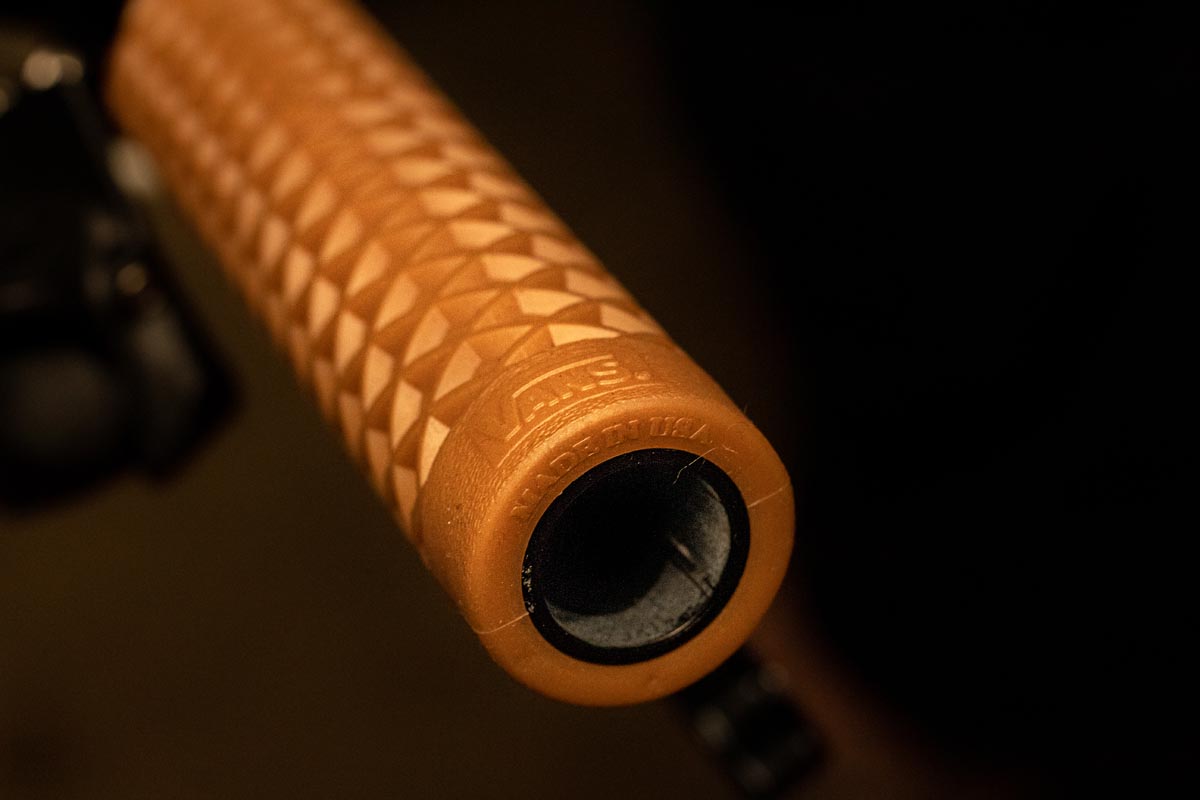 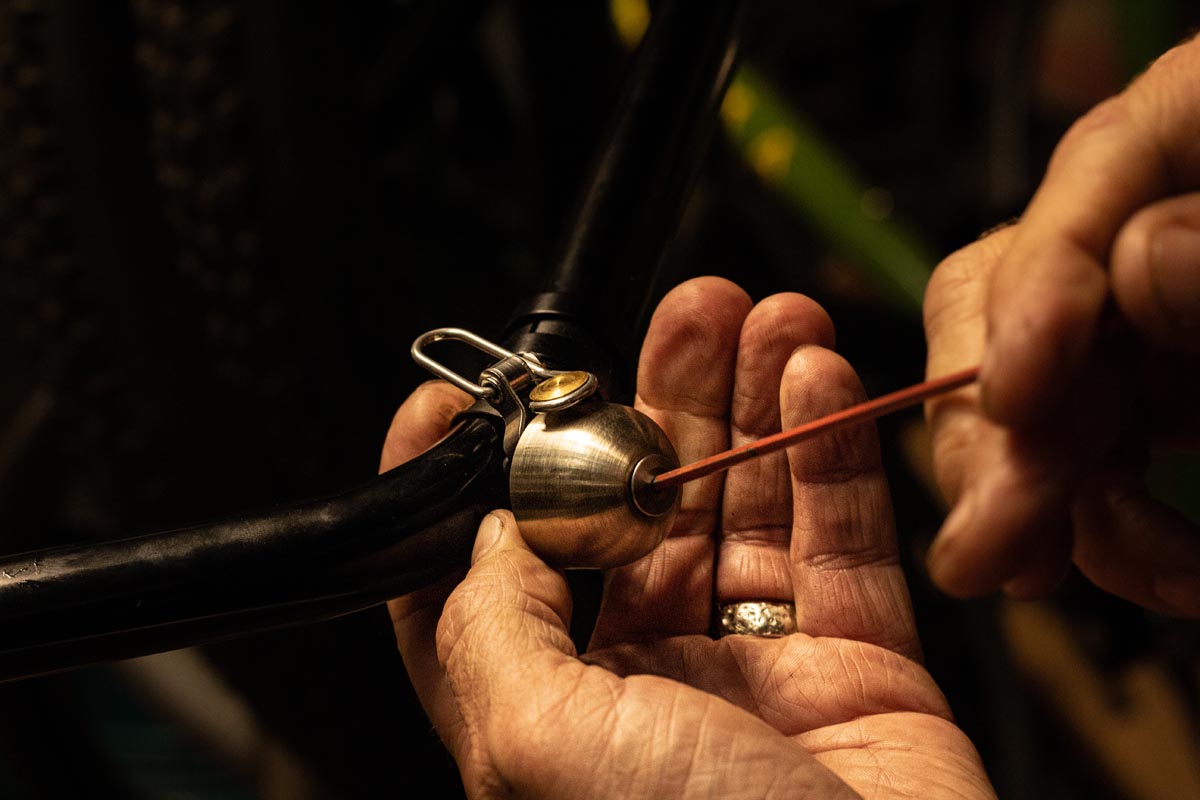 With a goal of making it the most American bicycle possible (within the given time constraints), the spec list reads like a PBE highlight reel. 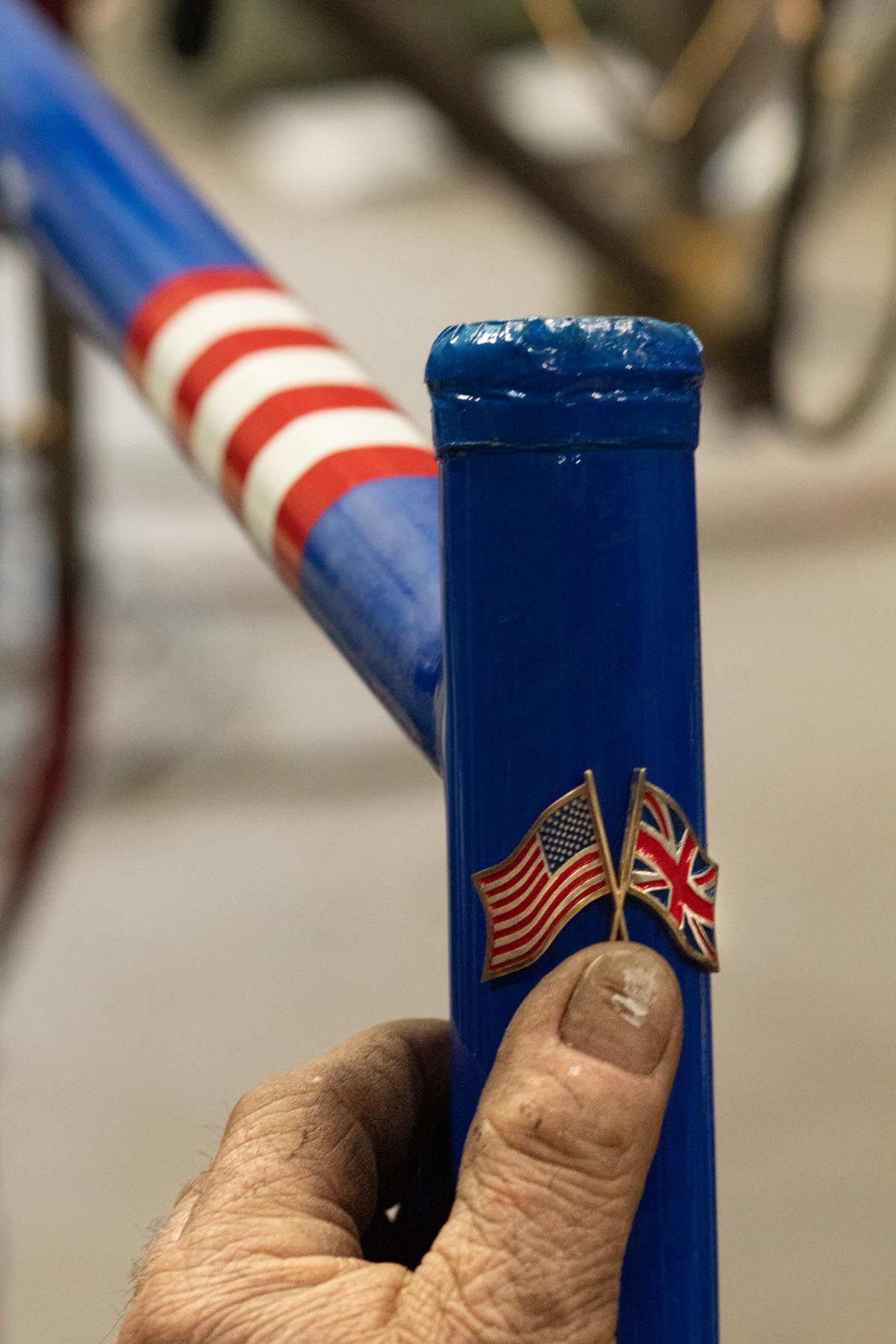 Surely, part of the motivation for the gift by President Biden to British Prime Minister, Boris Johnson, is to improve U.S. – British relations. Which makes the custom ‘Friendship Flag’ headbadge made by Jen Green, perfect for the occasion. 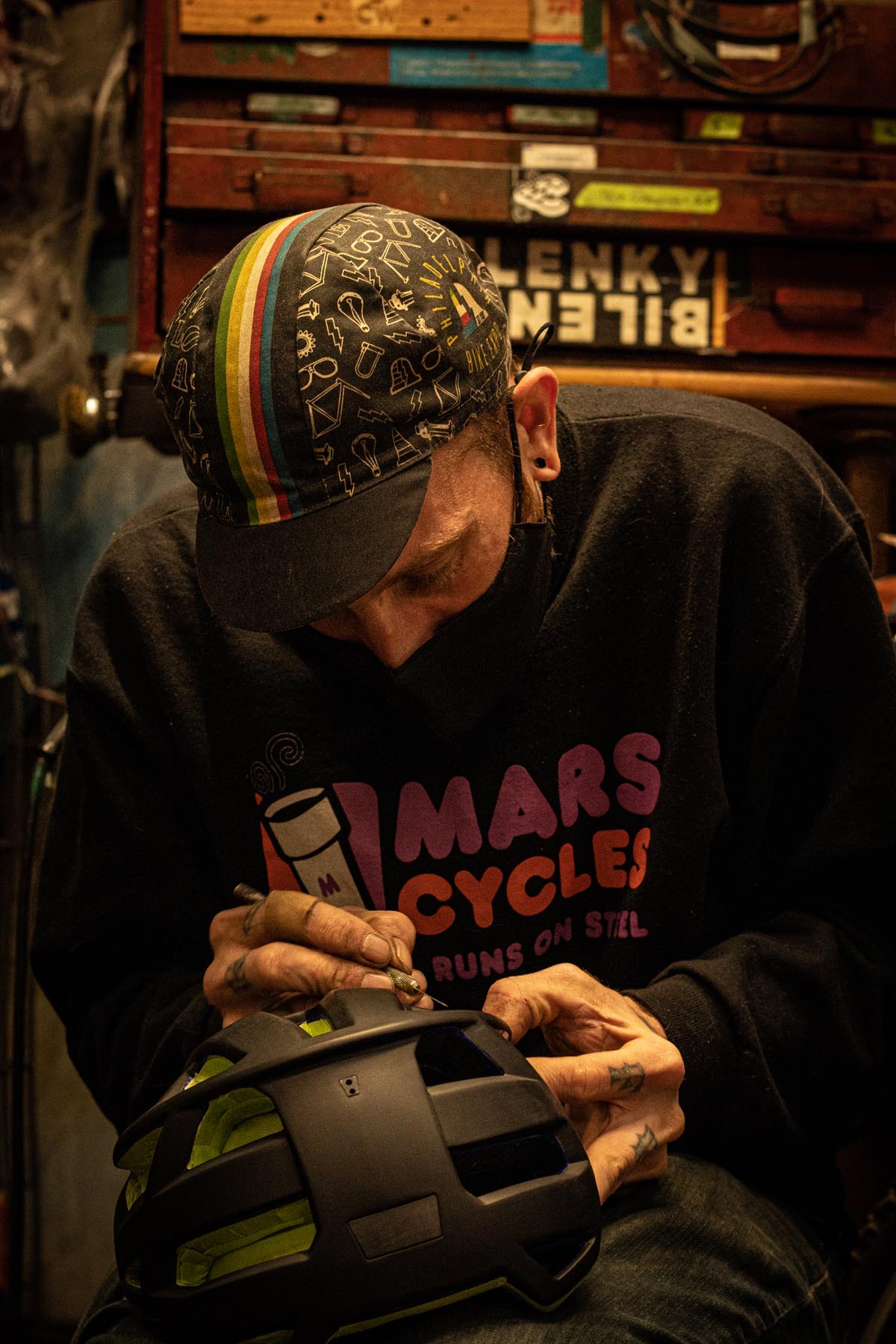 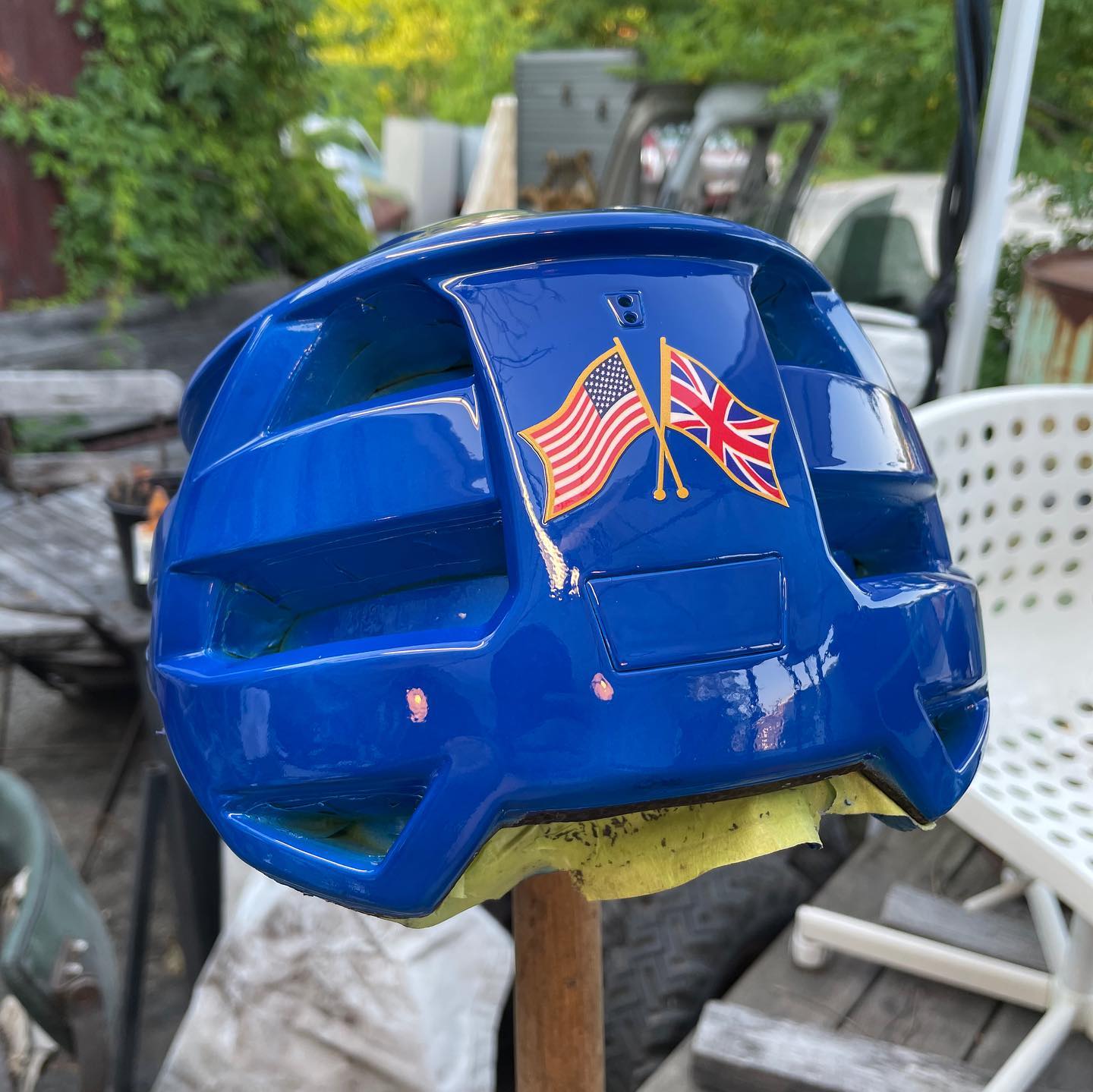 Along with the bike, there was also a Bern helmet custom painted to match. 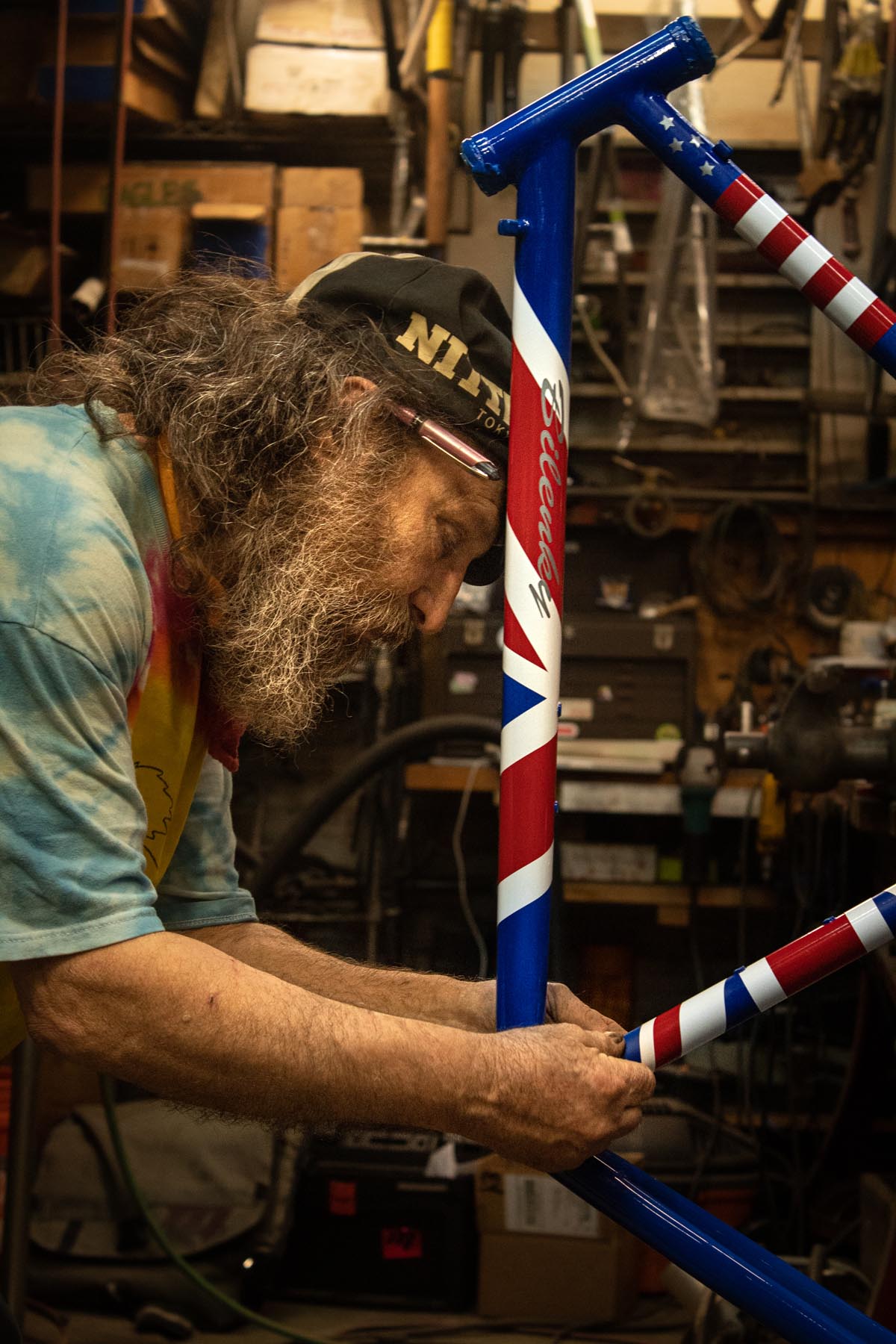 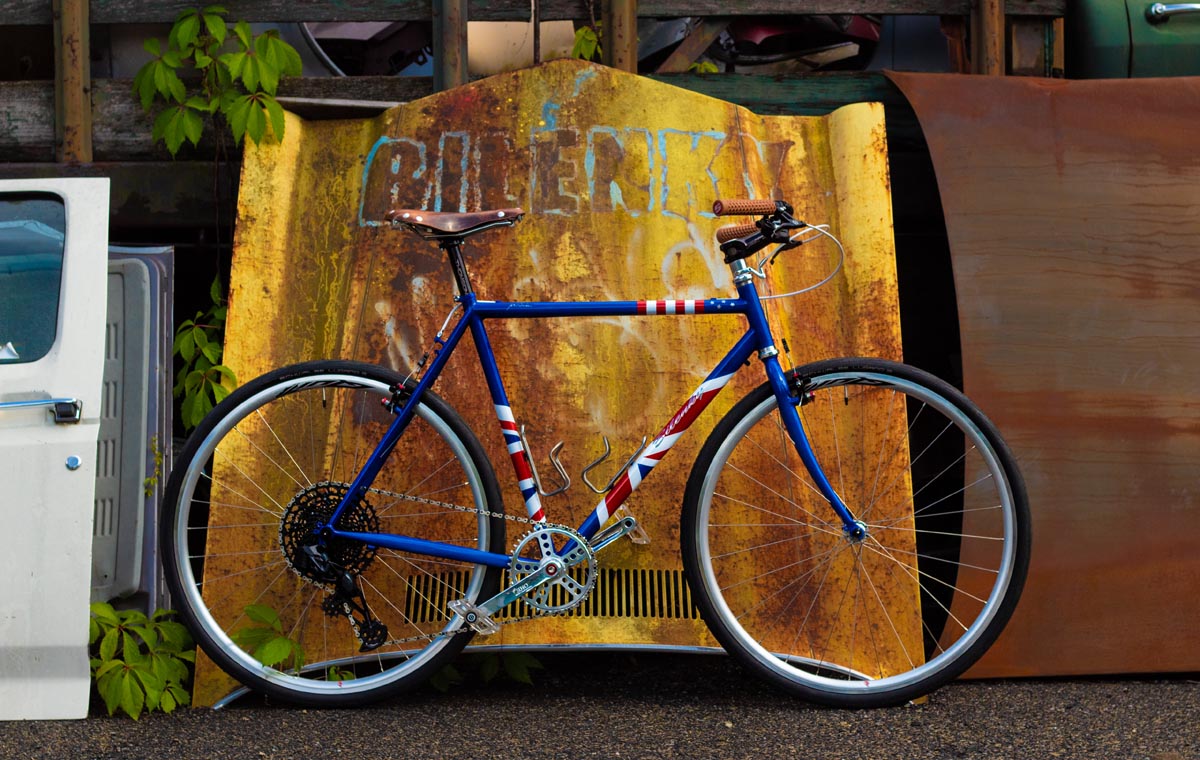 So far, we haven’t seen Boris Johnson actually riding the bike, or any photos of Biden delivering it. But as Bilenky told ABC News 4, “I hope the bike doesn’t just sit there. It is not a museum piece; it’s made to be ridden”

This is fantastic, Bilenky is a true O.G.

This is very cool.

This is awesome! not just the bike but the way that now we have a REAL president that is patching up relations to world leaders that were neglected over the past four years and using bicycles as the media to go about it.

@killerisation: It is mathematically impossible to upvote your comment enough…!
; )

how did they get the price down to $1500, those crankset along are $300, Thompson finish pieces are not cheap, and those $50 bell

I wonder if the low price limit is to try to circumvent rules or regulations preventing “bribery.” I remember from reading Colin Powell’s autobiography that he had to purchase a bespoke shotgun he was gifted by a foreign government at market value to avoid it being seen as undue influence.

Not to mention the AXS shifter / derailleur…

Hear Hear! The guy could use the exercise.

Considering the British weather, some bamboo fenders may have been in order… (would have looked cooler, too)

It probably cost him to build it. I suspect Bilenky did it because it needed to be done. Some people still think this way

I hope Bilenky Cycle Works gets some great PR and business as a result. I’ve had dealings with Stephen Bilenky over the years and he is one of the most wonderful people I’ve met. He is good to the core. I’m so happy for him that he had the opportunity to make this high profile bicycle.

Come on, the whole budget 1500? The manufacturer must have added another 3000 USD for that built. I mean: GX ASK rear derailleur + shifter, Industry hubs…. hell no! Basically the manufacturer paid for advertising here…..

Perhaps they donated time and labor to keep the cost down. Might have even donated materials on hand or just plain decided they would take a financial loss for gain of satisfaction.

As a lover of bicycles and bicycling I can’t think of a better gift that represents the best in human beings.

British setup always and must rear brake with left hand lever. right?
but never mind.
as long as it have swept back handlebar, everything will be just fine.

Prime Minister Johnson, “Rim brakes!?! Are you trying to kill me?!?!”

@poorinRichfield, I was wondering the same thing when I saw canti’s. Figure some mechanical BB7 or similar would be a better match for the rainy English weather.