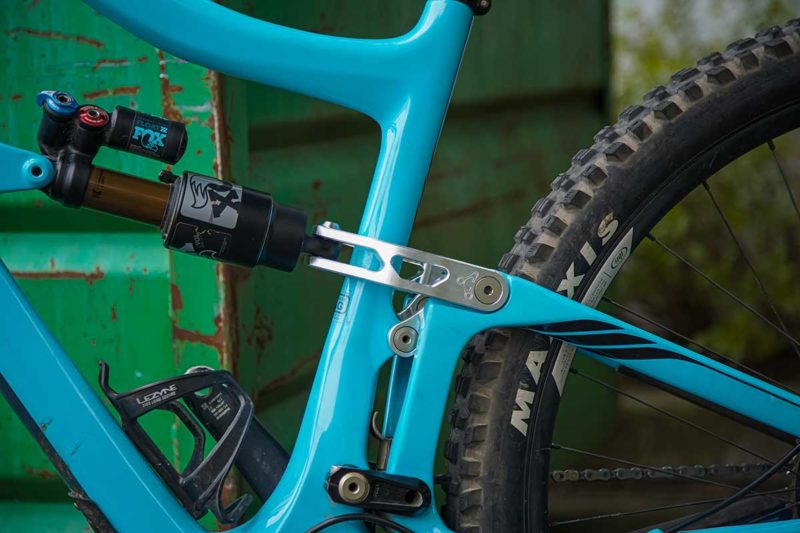 Suspension linkage manufacturers Cascade Components have added aftermarket links for Ibis, Evil and Giant. Owners of the Ripmo V2, Ripmo AF, Offering V2 and 2018-2020 Reign can now take advantage of more progressive links, said to provide more suppleness off the top of the stroke and more ramp toward the end of the travel. Here are the leverage curves and ratios you’ll be wanting to pore over. 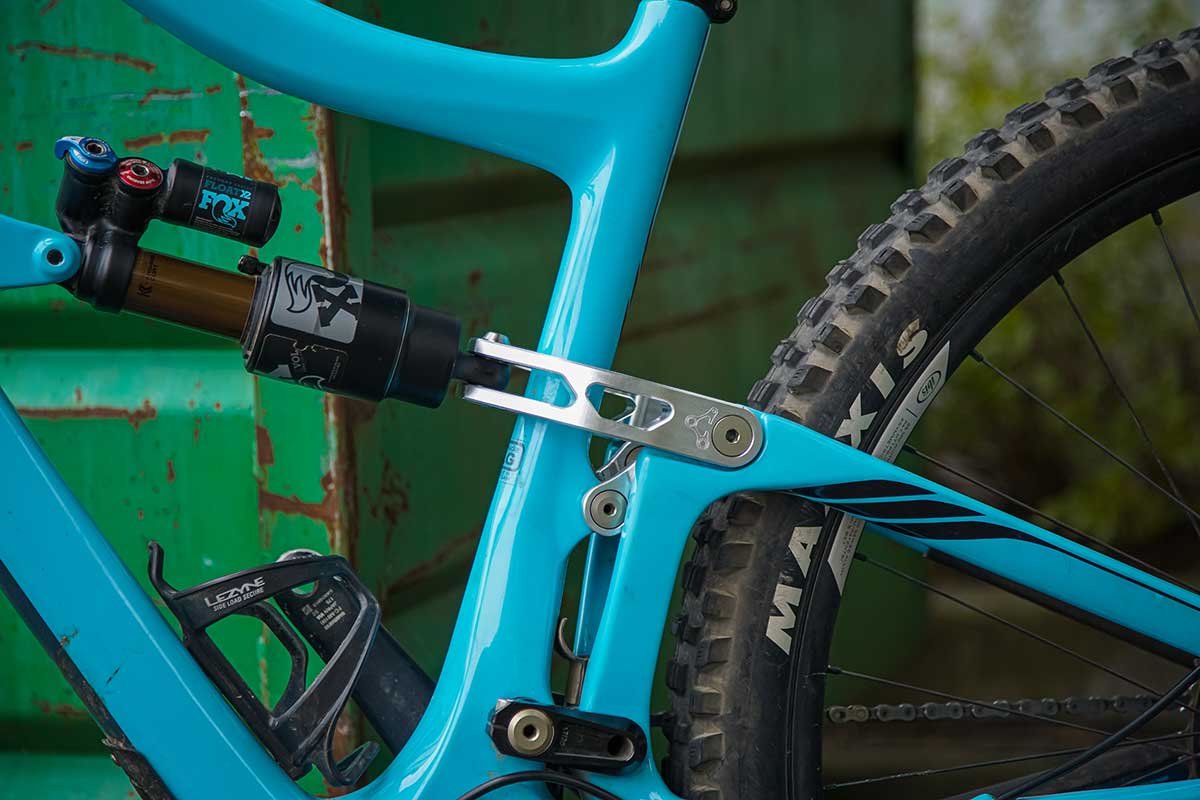 These are the first Ibis links we’ve seen from Cascade Components, designed to be swapped in for the upper link and shock yoke of the DW suspension platform. The aftermarket link for the V2 comprises both of these parts, whereas the conversion for the Ripmo AF requires only the upper link.

In its stock configuration, the Ibis Ripmo V2 runs a leverage curve with 19% overall progression. Switching out the link for the Cascade Components link increases that to 28%, whilst maintaining the travel at 148mm. Cascade often try to increase rear wheel travel as well as progression, but in the case of the Ripmo V2 their ability to do this was limited due to a lack of clearance. 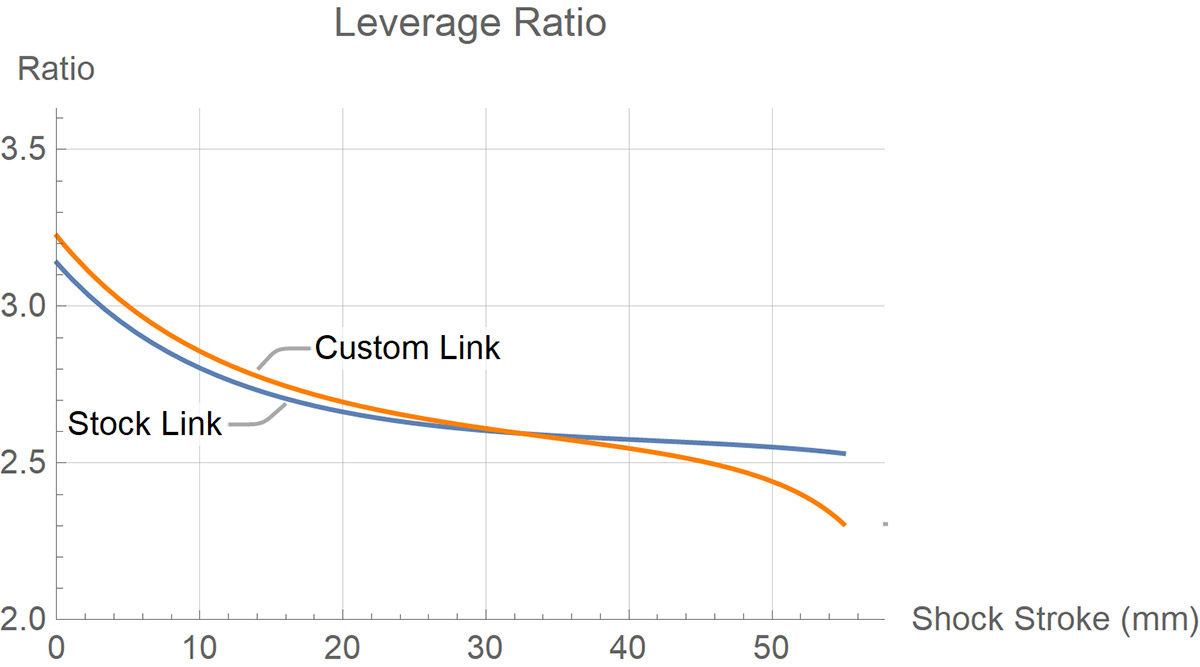 The new link eliminates the section of the leverage curve that is essentially flat. Cascade say “you can expect the suspension to feel more supple off the top, more willing to move up and over obstacles, and then smoothly ramp up as the shock moves through its stroke“.

The link does alter geometry, albeit very subtly. The bottom bracket height gets lower by about 3 mm, slackening the bike by about 0.25°. The brand are advising riders not to fixate on these numbers too much, though. The additional mid-stroke support is said to result in the bike riding a little higher in its travel over terrain where the suspension is getting put to work. 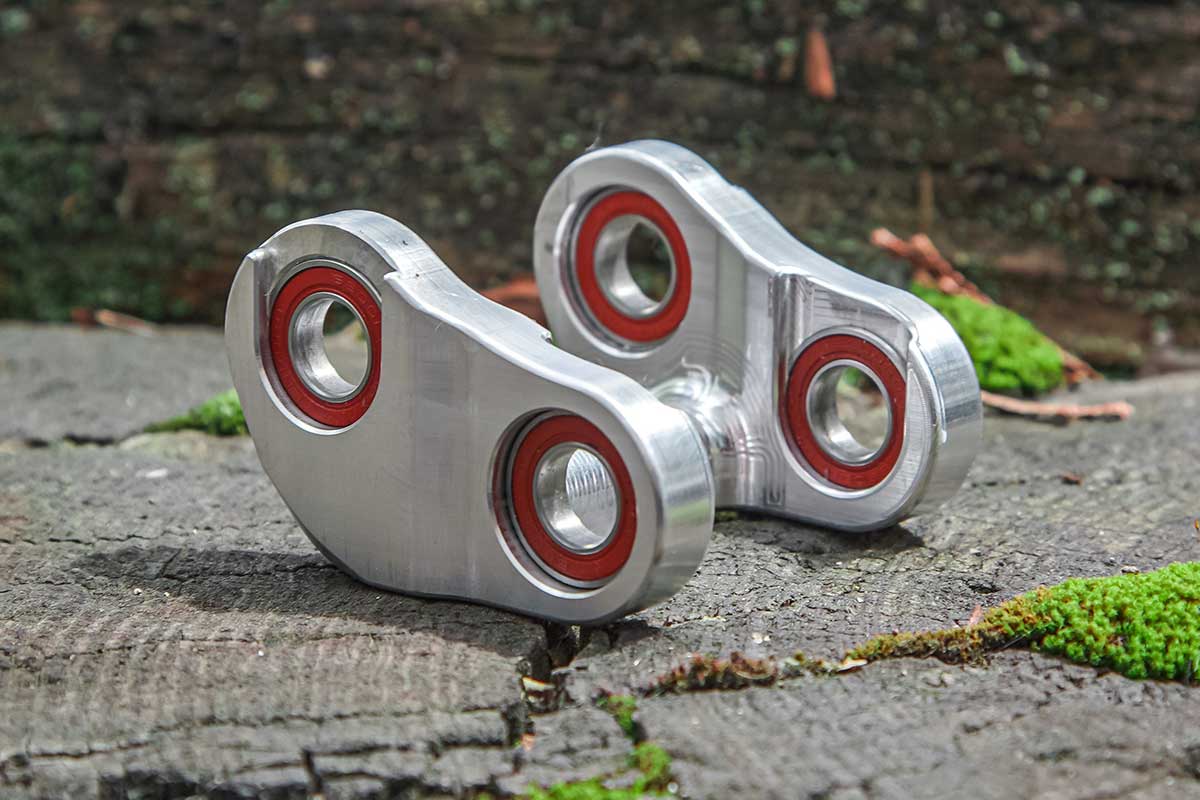 Due to the reduced bulk of the Ripmo AF around the BB lower rear triangle area, Cascade Components were able to take a slightly different approach with the aftermarket link. All that is needed here is the upper link, which alters the progression from 19% to 31% and increases the travel to 151mm. 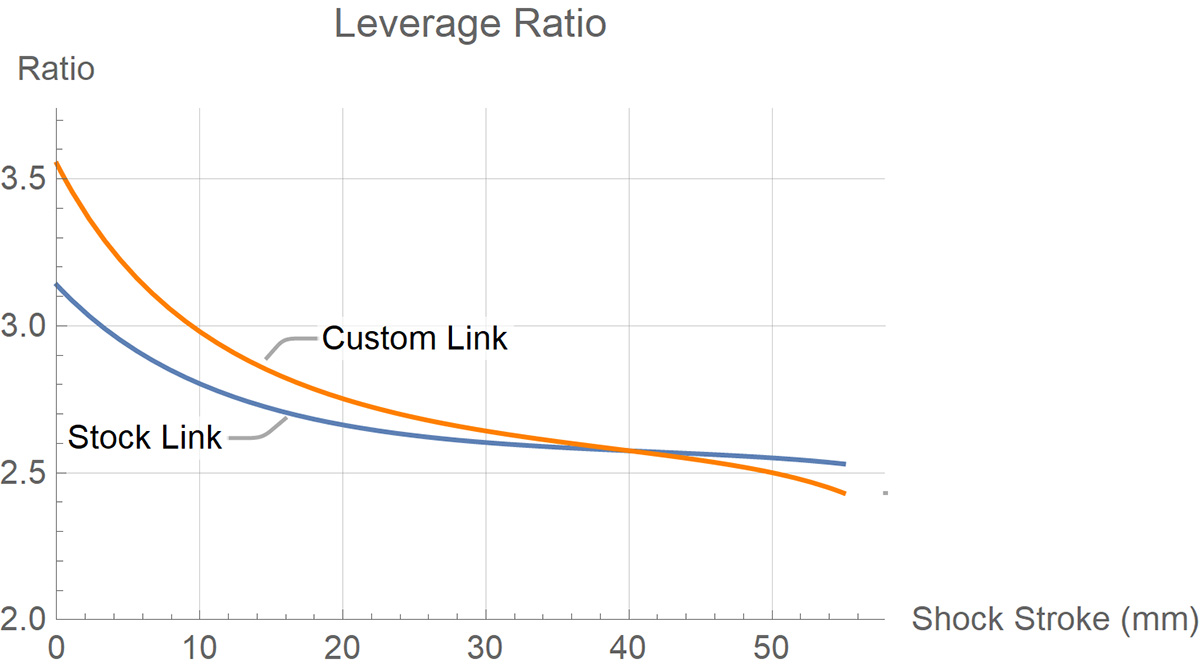 Retaining the bike’s stock shock yoke allowed them to increase the Ripmo AF’s travel while also making it more progressive than the Ripmo V2. 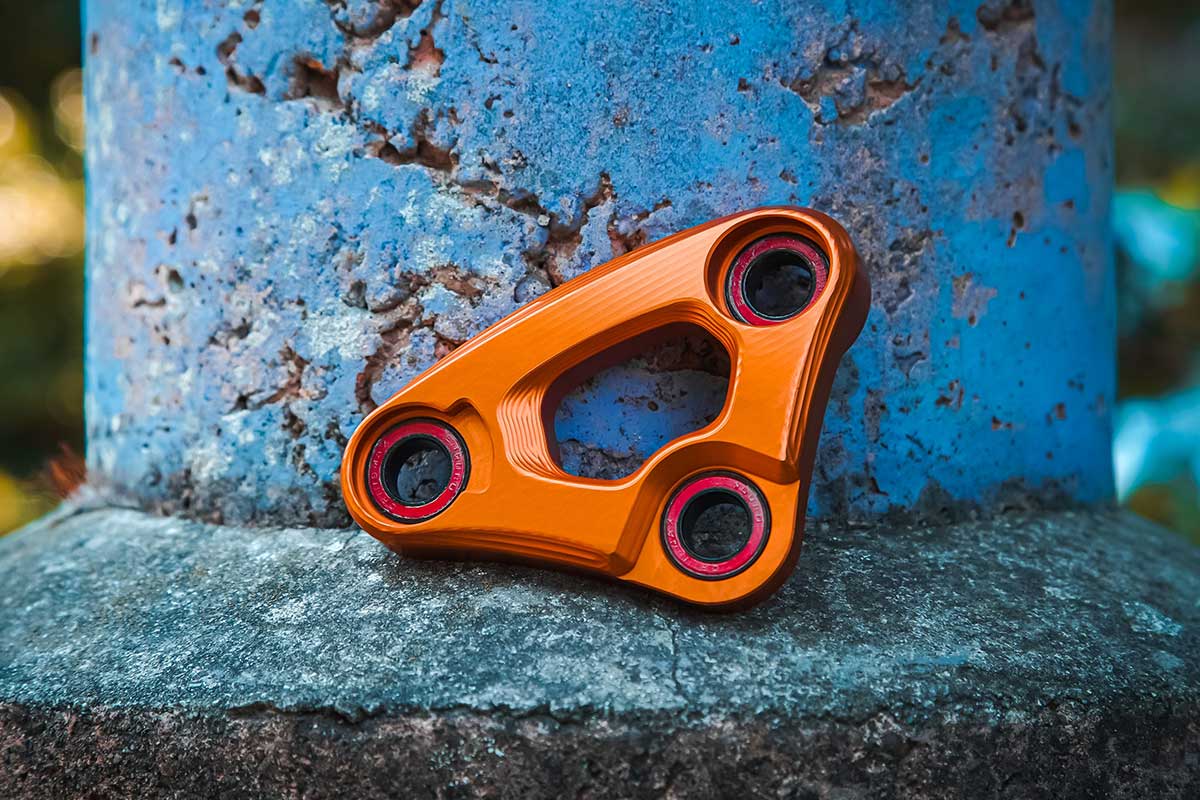 The new Cascade Components link for the 140mm travel Evil Offering V2 does much the same job as their aftermarket link for the V1 Offering; that’s because the two bikes have almost identical leverage curves. It essentially removes the flat portion of the curve that exists at around 50% through the travel, increasing the progression from 23% up to 35%. 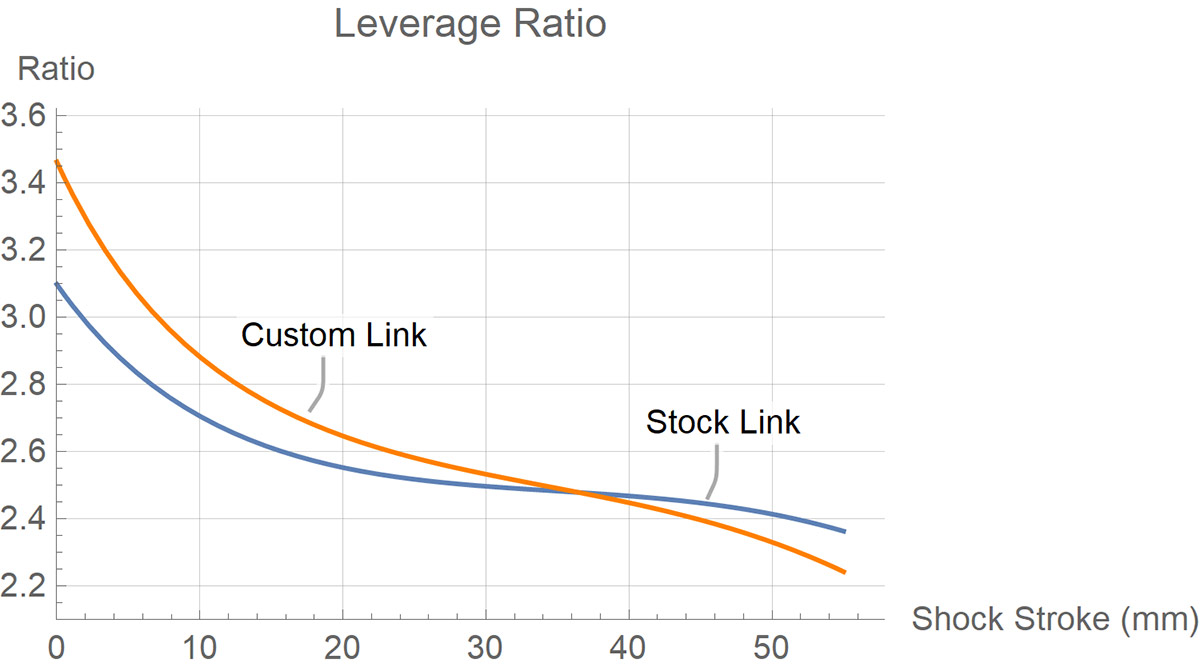 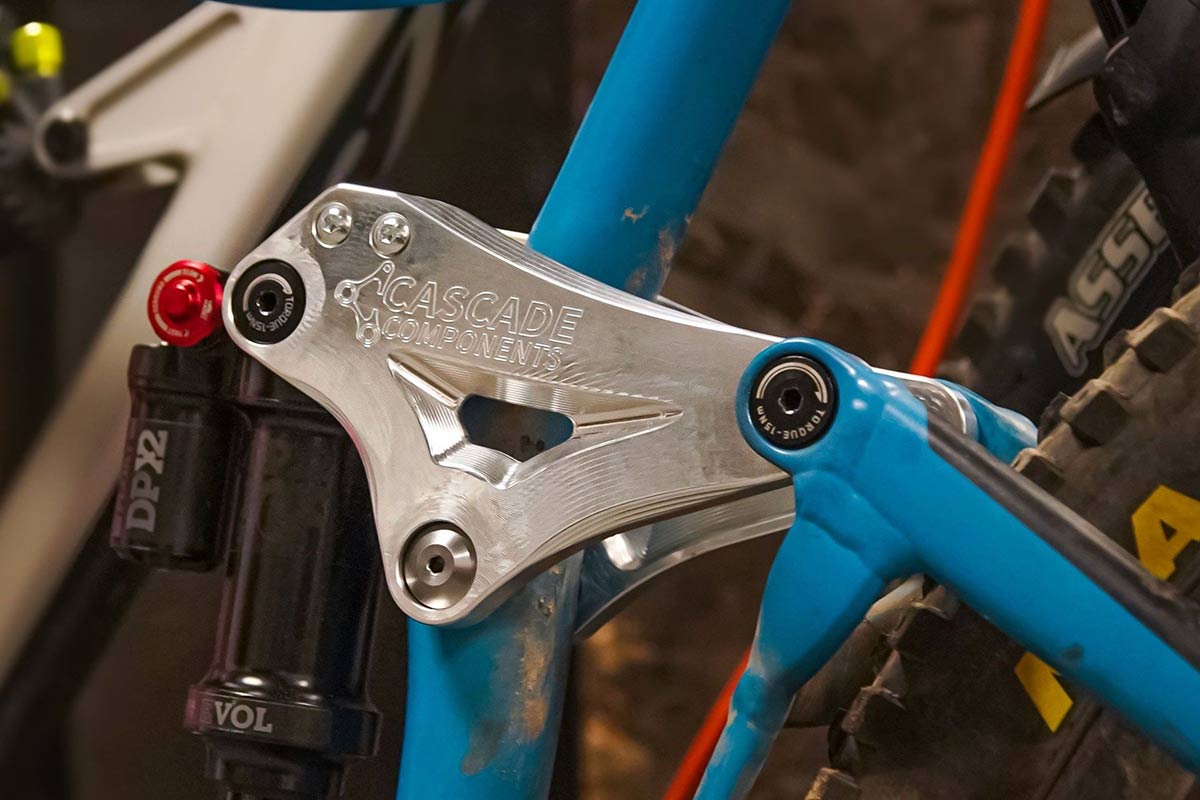 Cascade Components’ link for the 2018-2020 27.5″ Giant Reign requires a small shock extender in addition to the rocker that forms part of this Horst-Link suspension platform. Due to clearance reasons, travel is maintained at 162mm, though the link has a rather dramatic effect on the bike’s leverage curve. 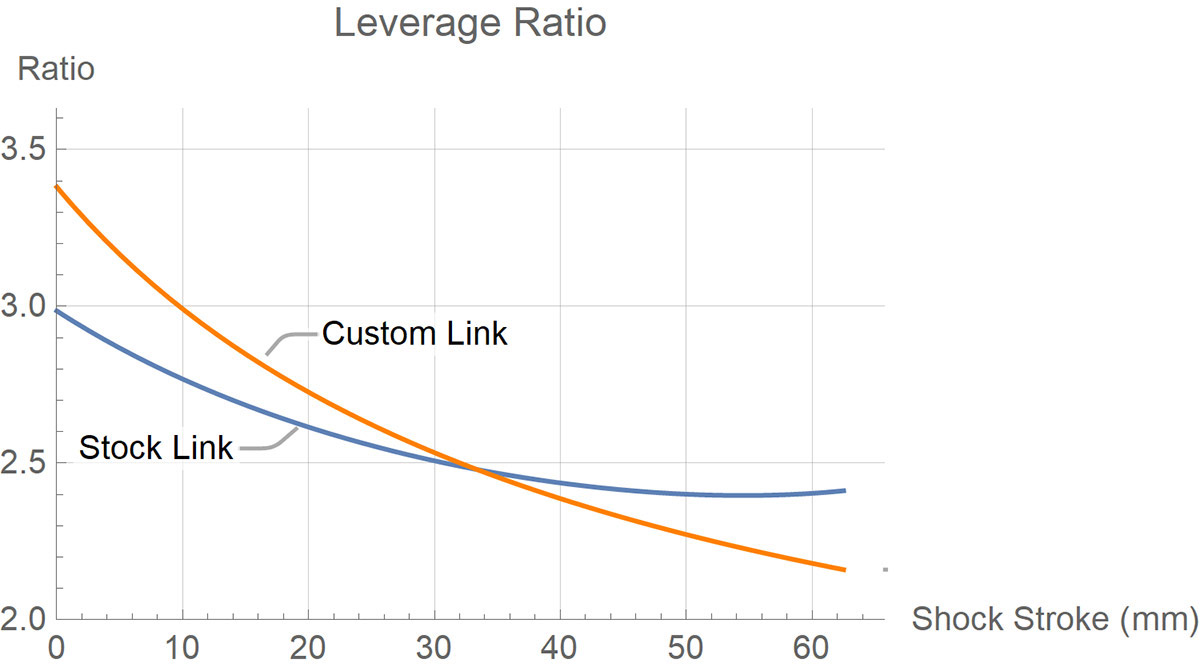 The custom link removes the flat part of the leverage curve, continuing progression right to the end of the stroke changing the overall progression from 19% to 36%. This large increase in progression is said to be quite noticeable while the link also massively improves small bump sensitivity and bottom out resistance.

All custom links from Cascade Components are CNC machined from 6061-T6 aluminium in the USA, and all come with sealed Enduro Max bearings already pressed in. 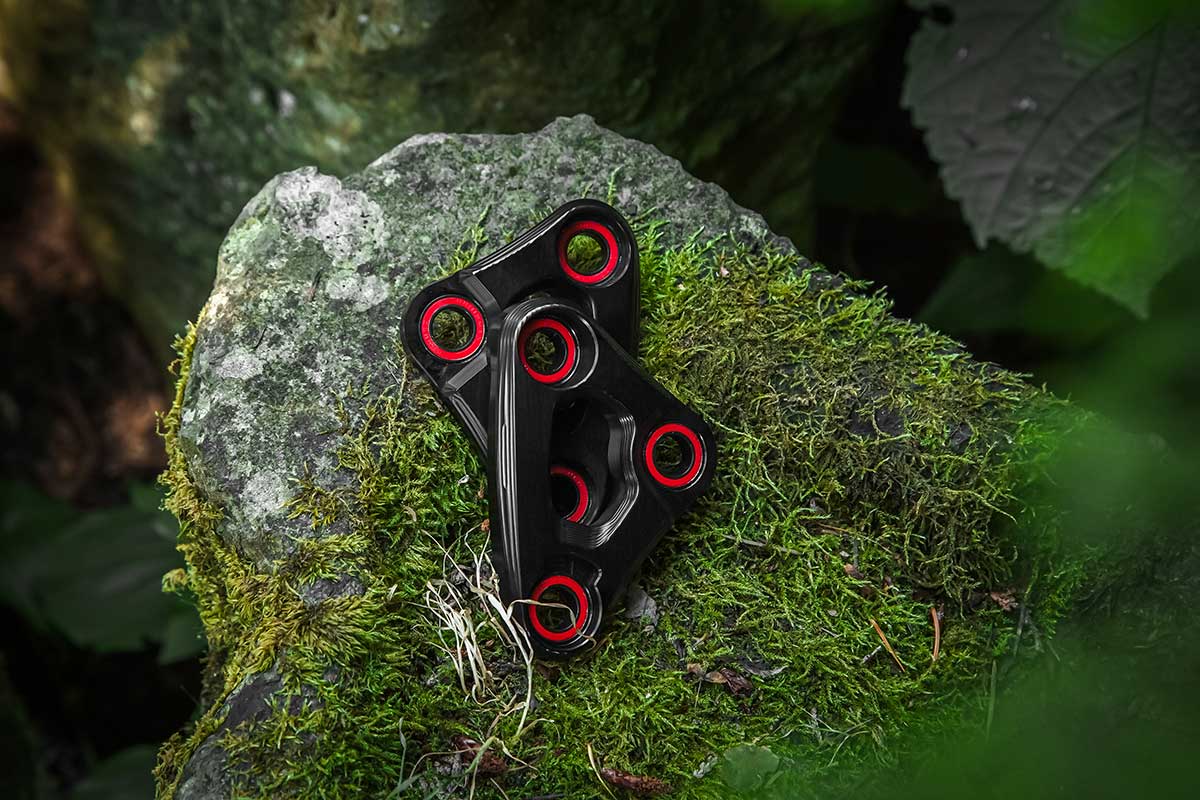 The Evil Offering V2 custom link is available in black, silver and orange. Pick it up for $249 USD.

Giant Reign does NOT have horst-link suspension