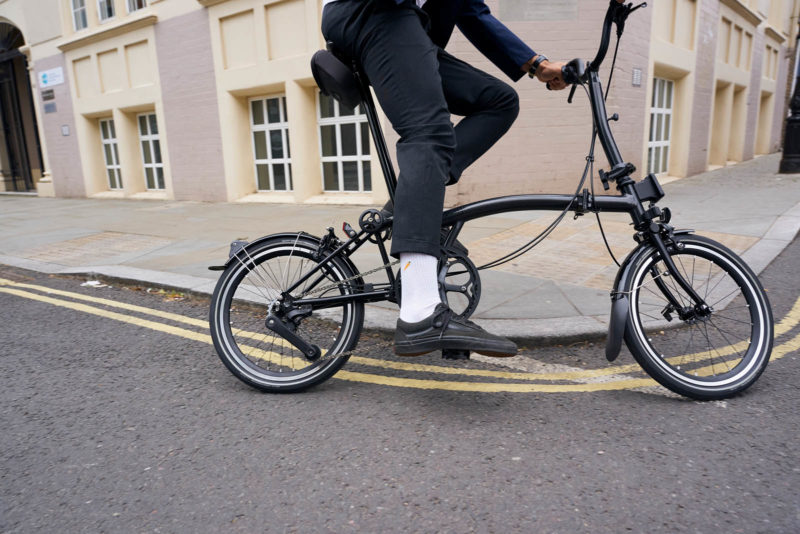 For the past 16 years, Brompton’s Superlight folding commuter bike has been a mainstay in lightweight, portable urban bikes.

These bikes break down quickly into compact little packages that are a breeze to stow under a desk, carry into crowded buildings or tuck into the truck or back seat of a rideshare when your destination is a little too far to leg it out. 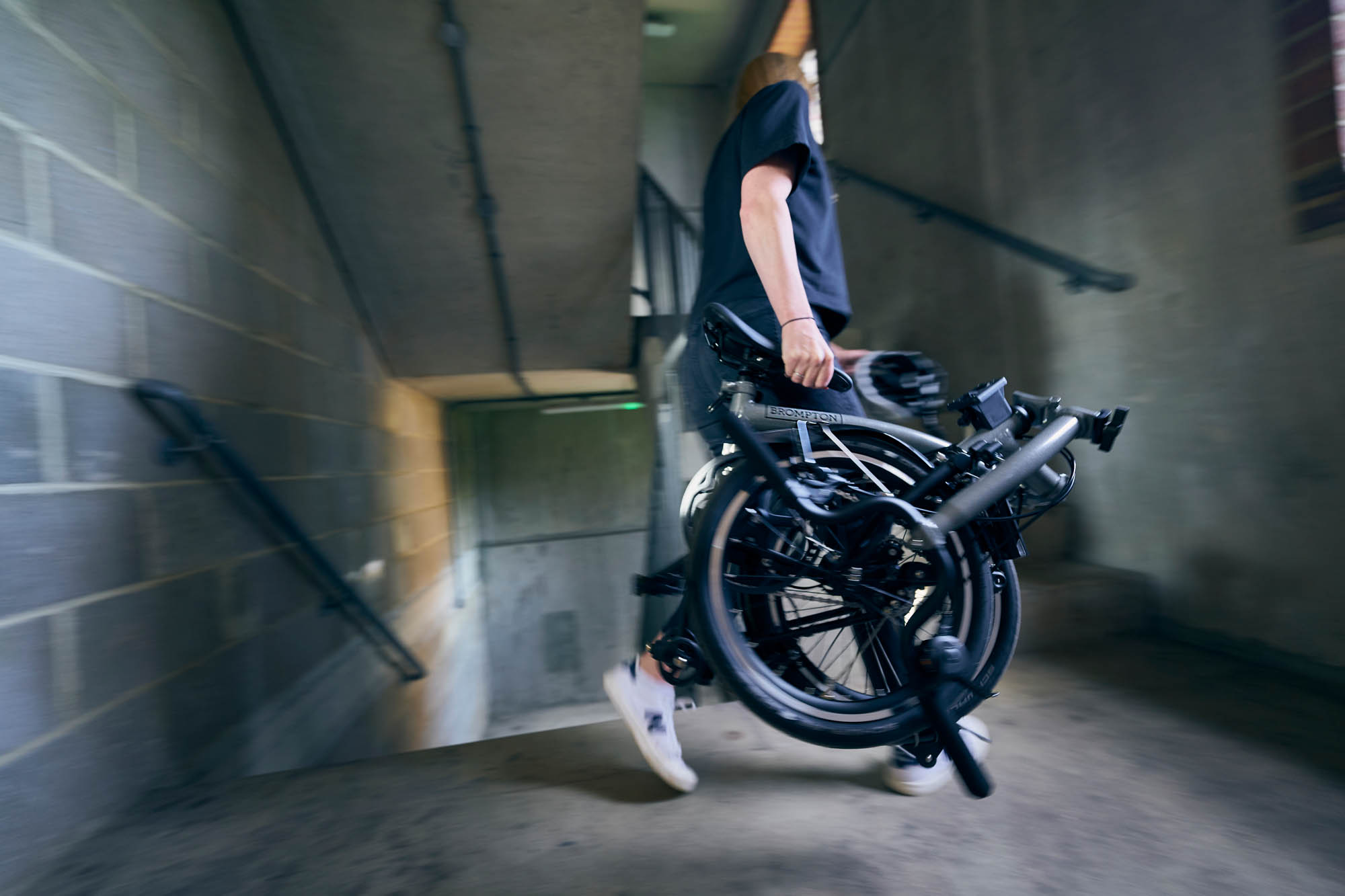 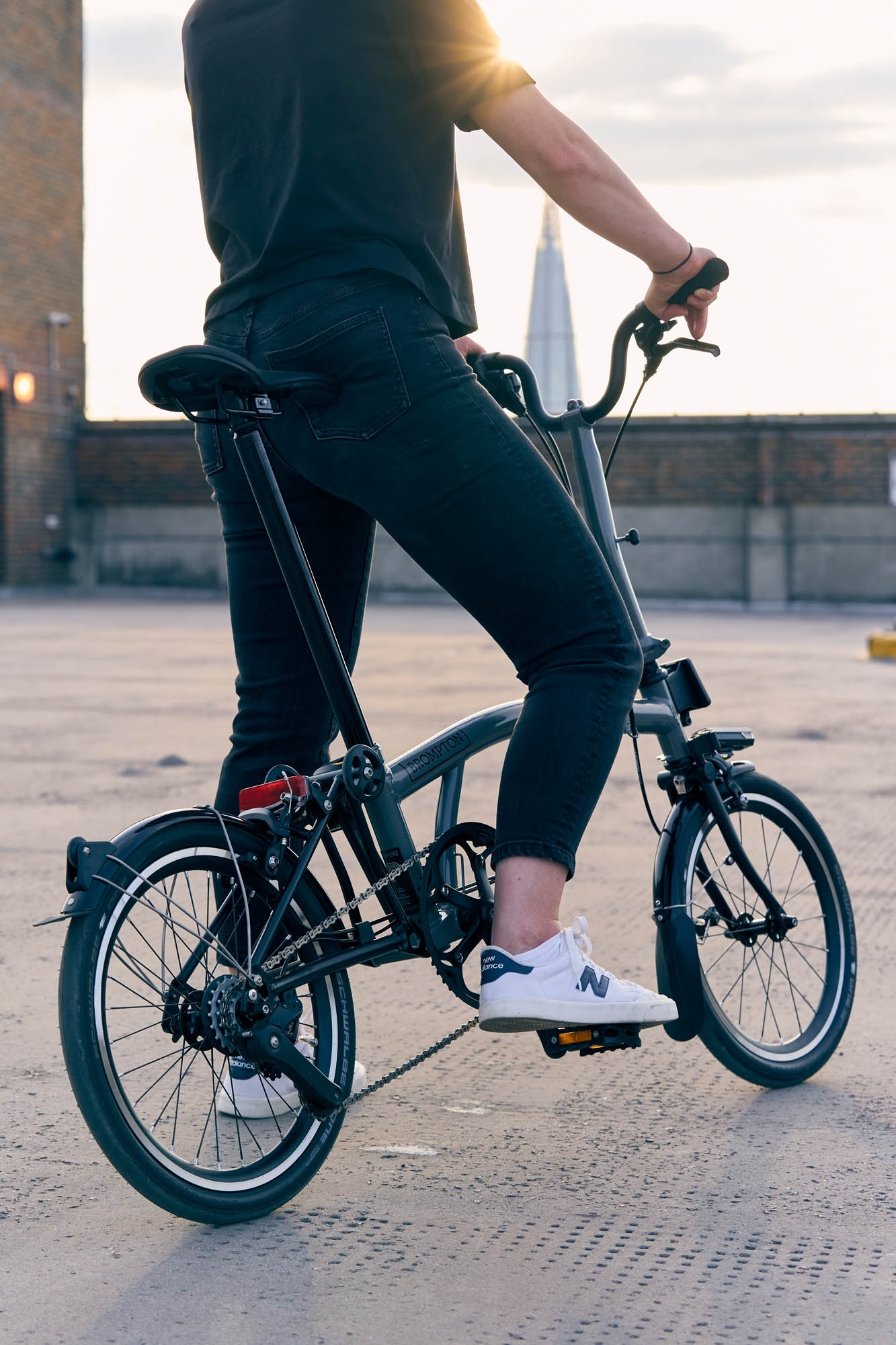 Brompton’s P Line is latest Brompton model to get an overhaul. Photo courtesy of Brompton.

Brompton is chugging along in that drive for simplification by relaunching the Superlight as the P Line. But it’s far from the same bike.

The new P Line sticks with the lightweight focus of the previous Superlight, but this time with a redesigned titanium rear frame and a fork that shaves off 700 grams from its steel counterpart, making for easier riding or carrying. 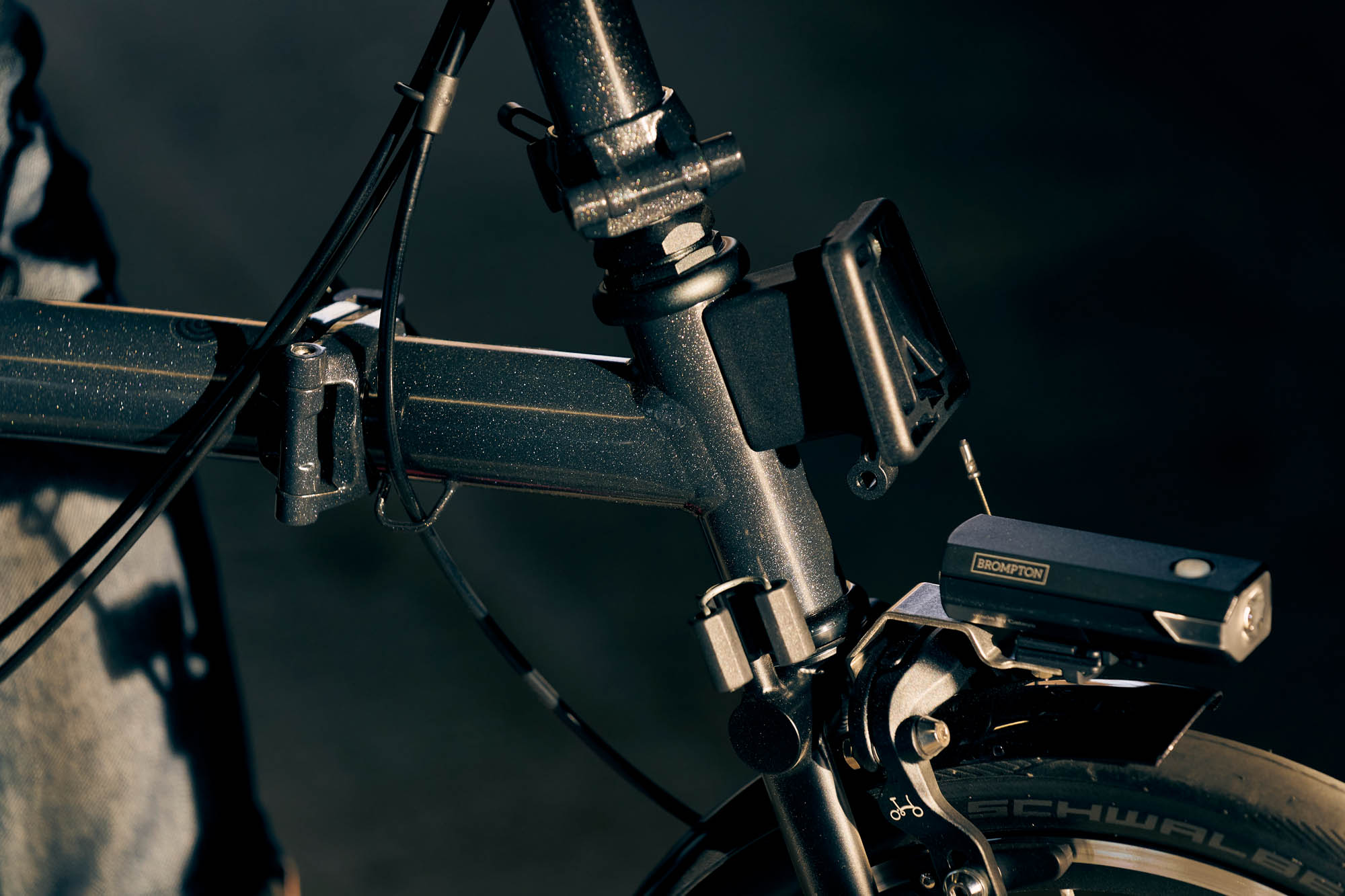 Brompton new P Line Bike aims to be a nimble, quick urban companion that goes anywhere you do. Photo courtesy of Brompton.

Other features in the new P line include a redesigned suspension setup, a new wheelset, and a dual-locking seat post that can fully collapse for storage or extended so riders can use the seat as a handle and roll the bike along beside them in its folded position. 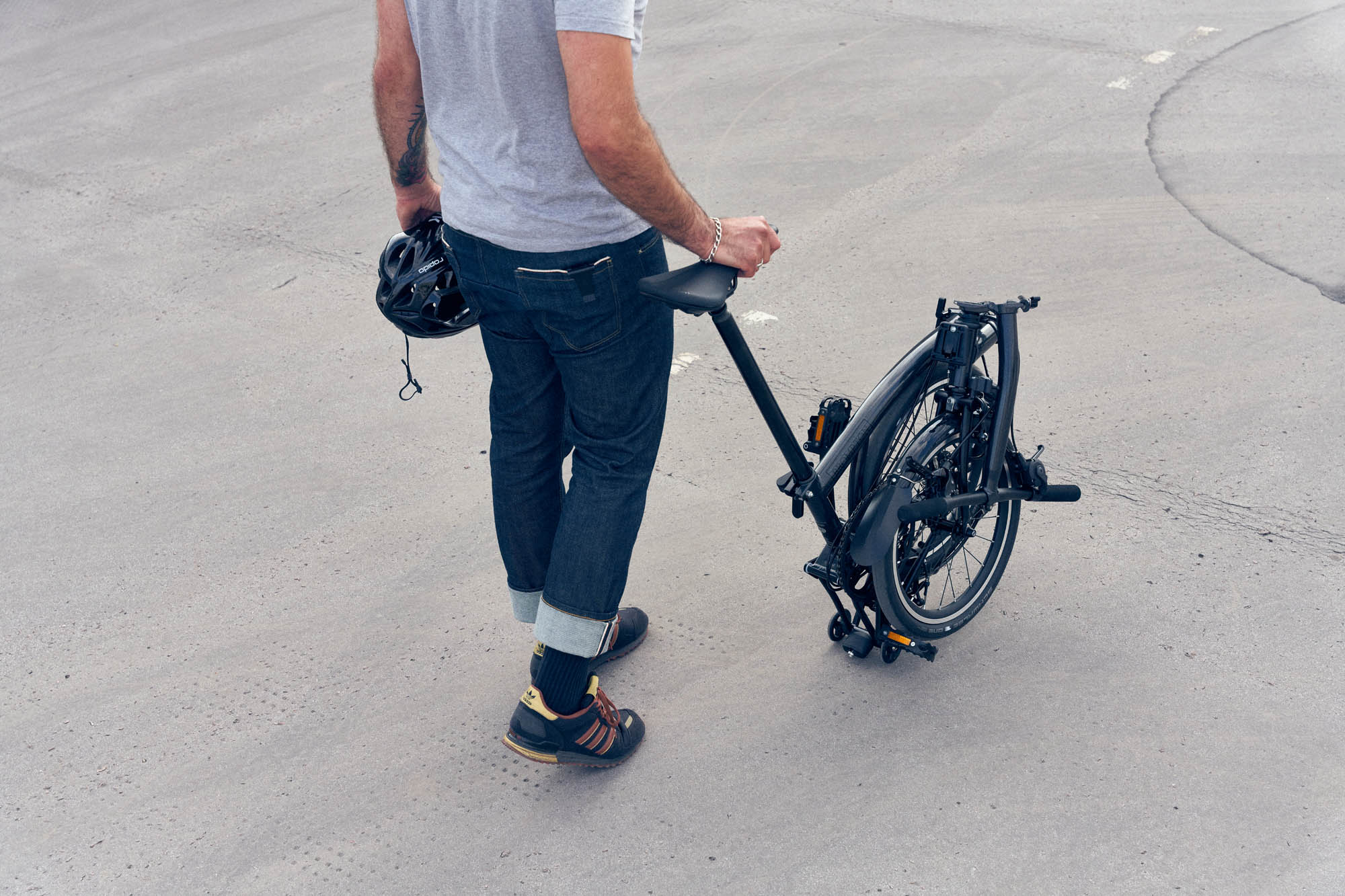 The bike comes with gearing focused on city riding, with a four-speed gear set that includes a 60-gram derailleur.

Brompton’s Chief Design and Engineering Officer Will Carleysmith said the improvements amount to a super lightweight bike that is both faster and easier to haul around the city than its predecessor.

“The new Brompton P Line is a leap forward from the Superlight, it is faster to ride, lighter to carry, and easier to move around the city in every way,” he said. 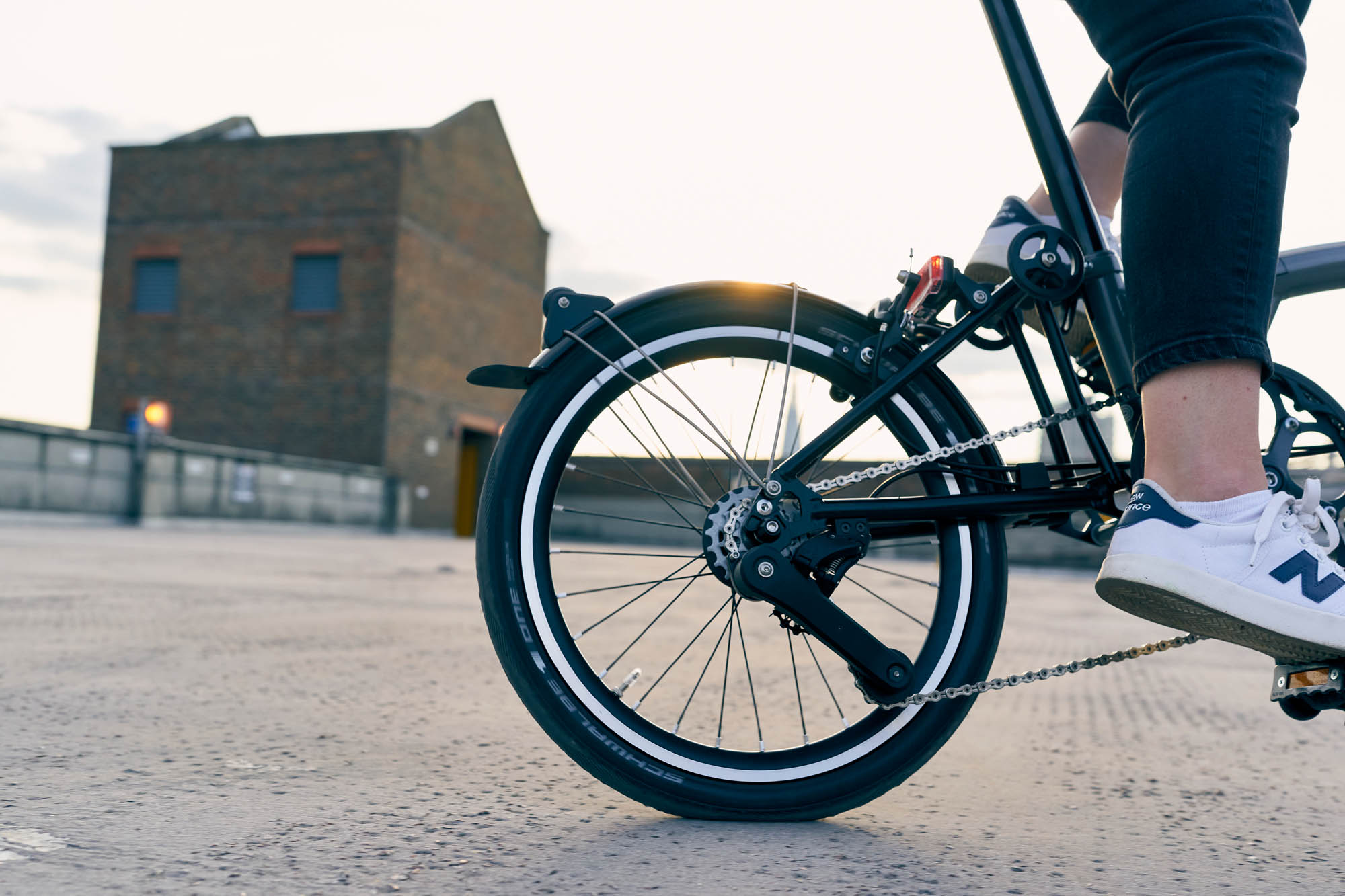 The Brompton P Line is faster than its “Superlight” predecessor, with a four-speed gear set. Photo courtesy of Brompton.

I love my Brompton, but come on guys, your product development is shockingly slow.
Where is my ti main frame, carbon seatpost, carbon bar, superlight wheels, disc brakes? We’ve been able to buy 3rd party versions of these for years now.

Seconding what luttite said. Also, let’s get some braze-ons for a bottle cage please.

Totally agree with the above comment. Also, if you live in Lisbon, you want more than 4 gears… That’s not the way you should shave weight!

I also love my Brompton superlight but let’s not pretend that it’s a breeze to carry. That 25 plus pounds (because lights? Bag? Mudguards?) hanging off your arm (carefully held away from your clothes) gets heavy FAST.

Yes ti-parts workshop does it better than brompton.

That’s why they dont develop. They rate steel frame pirce much as ti frame

Not to mention, hidden cables, wireless shifting, a carbon seat post, lightweight wheels. Having a Brompton has always been about the modifications.

At least the weight of the bike gets a plus point.

Bring back nickel…. It make it really exclusive….

I echo the same when I am Bromptonlng in the city, London

Meh. No real news here. They charge a heavy weight price for what is not really a lightweight bike. At the price they are charging the main frame should also be titanium. It looks like they changed the name and did a minor upgrade to the rear triangle and the price is climbing at an alarming rate. So much so that used Bromptons are selling for the same price as when they were new.