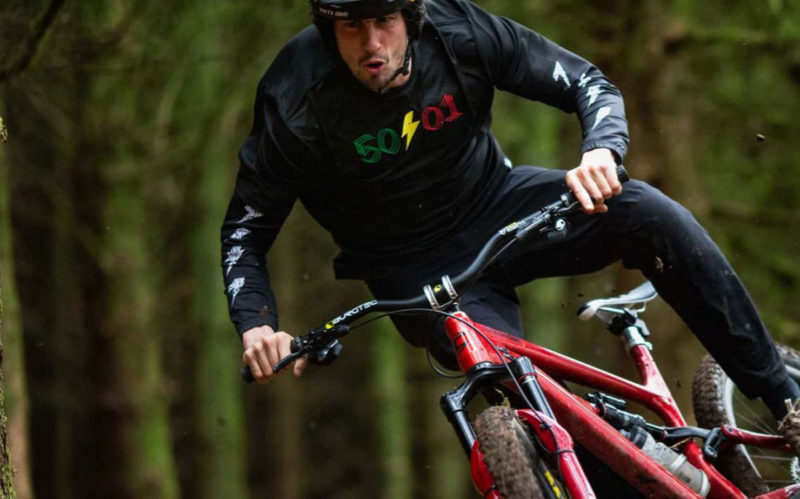 British MTB component manufacturers, Burgtec, have released a new 50mm rise Ride High handlebar at the behest of Josh Bryceland. Building on the original 38mm rise bar developed for Ratboy, they get the same 9° backsweep and 5° upsweep on a 800mm wide alloy bar.

Josh Bryceland, or Ratboy, as he is affectionately known in some parts, stands at just over 6ft tall. As such, while he liked Burgtec’s original Ride Wide bars (available in 15mm and 30mm rise options), he needed something just a little higher.

The first bar to come out of this partnership was the 38mm riser; Bryceland is said to have favored carbon originally but after testing so many aluminium prototypes, he got used to and ended up preferring the ride feel of an alloy bar. 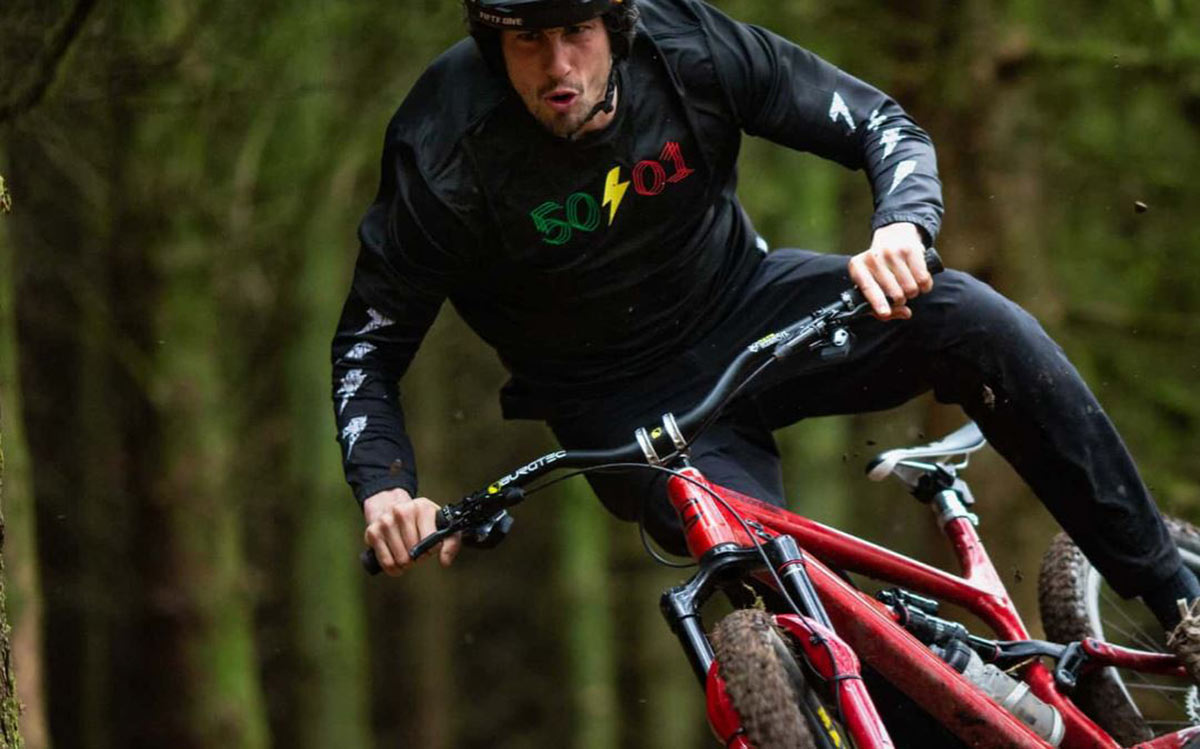 Now, Josh has raised the bar once again.

Burgtec had actually prototyped the 50mm rise bar alongside the 38mm. However, at the time, the brand felt they looked out of place; with more riders moving to 29″ wheels, they felt the market just wasn’t ready for them.

Even with the 38mm rise bar, Josh found he was still opting to run a high stack on most of his bikes. With greater and greater frequency, Josh was popping into Burgtec HQ asking if they had any prototype 50mm rise bars left. In the end, they ran out. So, through demand of the man himself, Burgtec have now put the 50mm rise Ride High bar into production for the masses.

The new Josh Bryceland Signature Ride High 50mm Riser Bar from Burgtec retails at £69.99 and is available in a 35mm clamp option only.