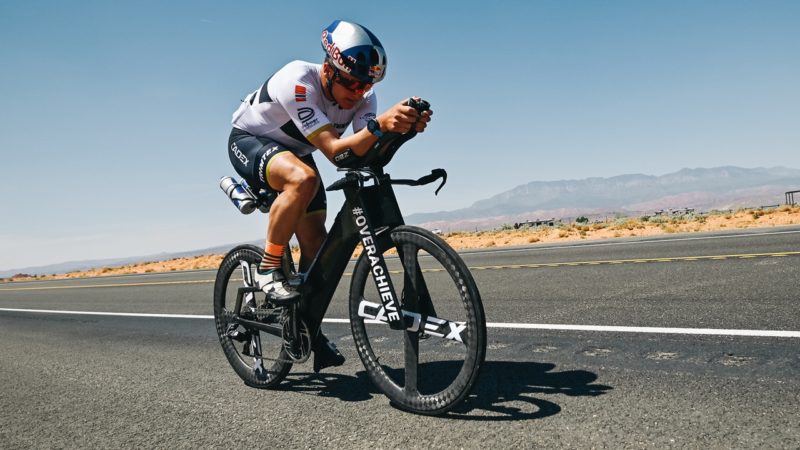 In the world of triathlon, just about anything goes – when it comes to frame design, that is. And while we’ve seen plenty of bikes without seat tubes, or even without down tubes, few come to mind without a top tube. That’s exactly what Cadex seems to be teasing with their Road to St. George ft. Kristian Blummenfelt video below.

Cadex has gone to lengths to film this in angles that don’t show the full prototype bike frame well, but it clearly looks like this frame lacks a top tube at all. Cadex is also teasing a new WheelSystem which will likely be launched at the same time, and by the teasers it appears to be a four spoke carbon profile front and rear (though maybe there are other options not shown). 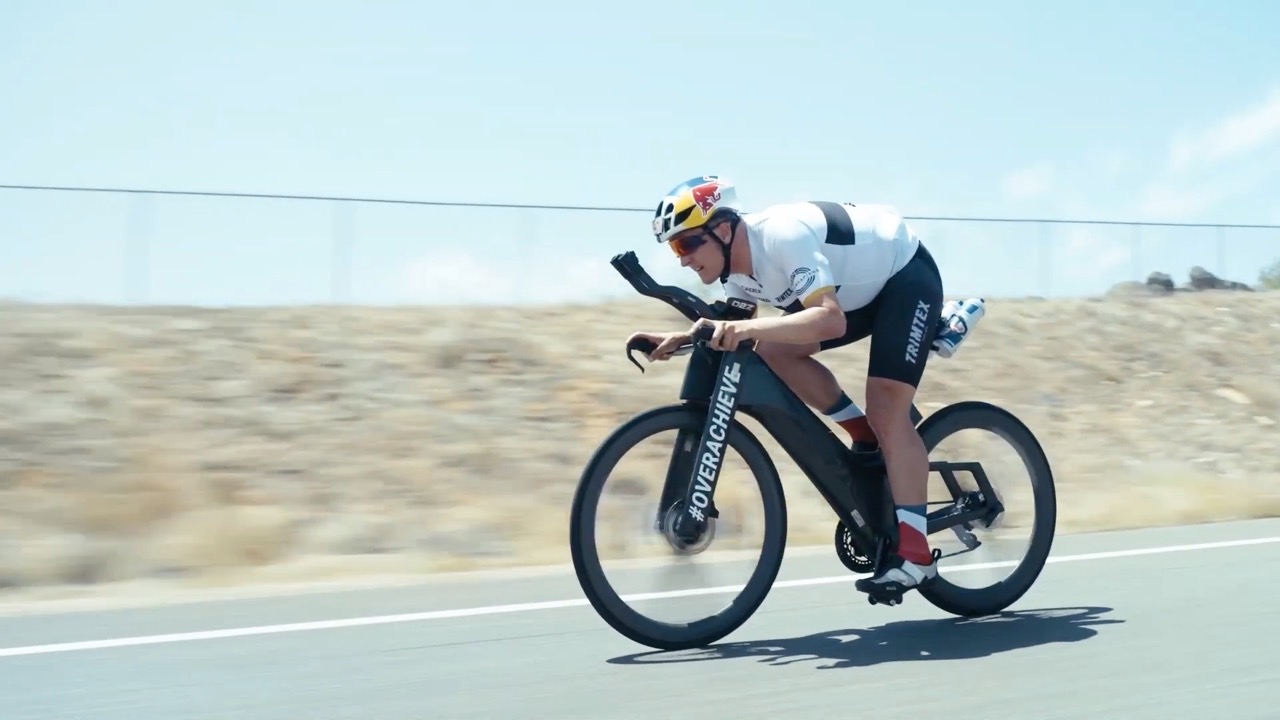 Instead, there is a massive downtube that drops to the bottom bracket area, with a seat mast that extends nearly to the saddle, and a short aero seat post on top of that. 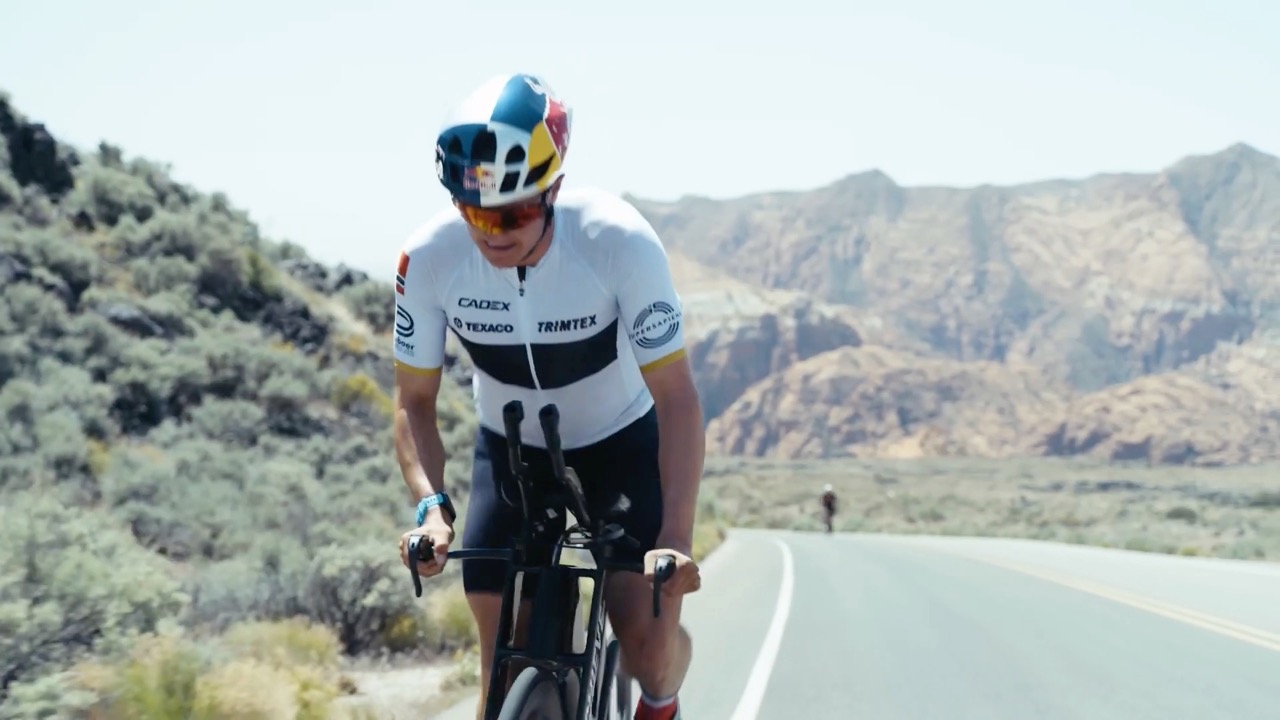 The front end is also hard to miss with a frontal profile that is reminiscent of the Hope HB.T x Lotus track bike. 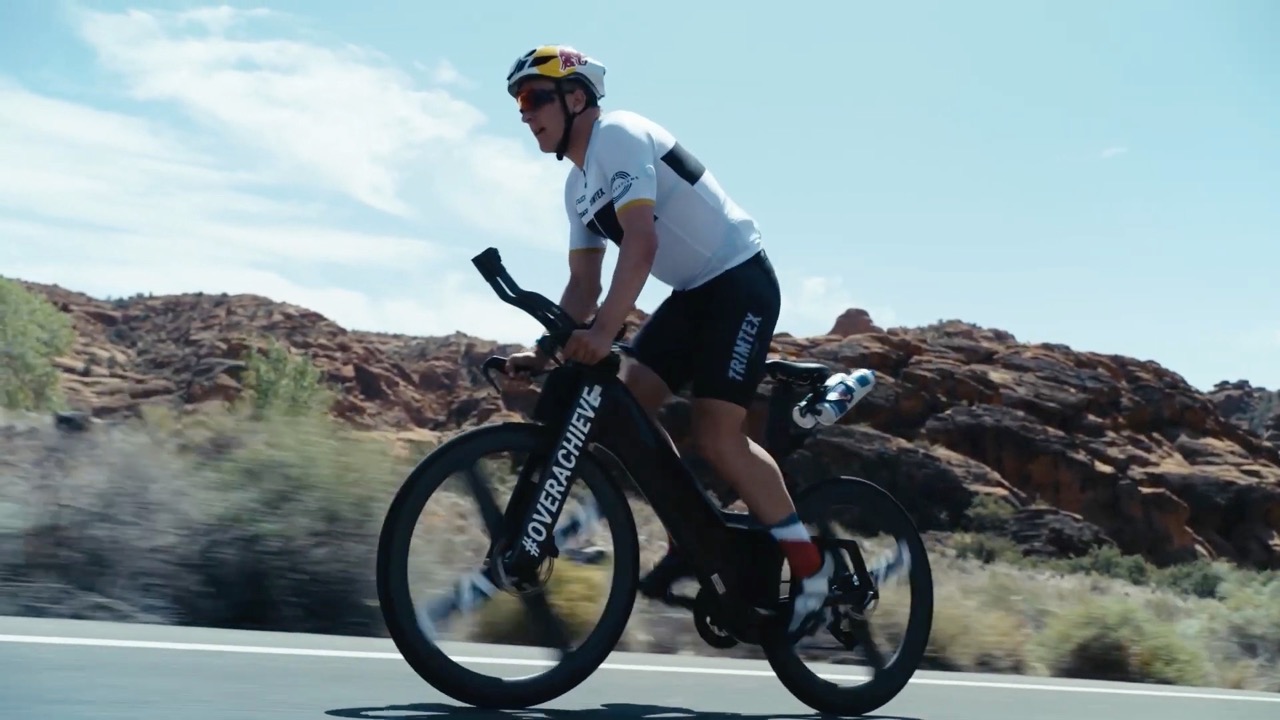 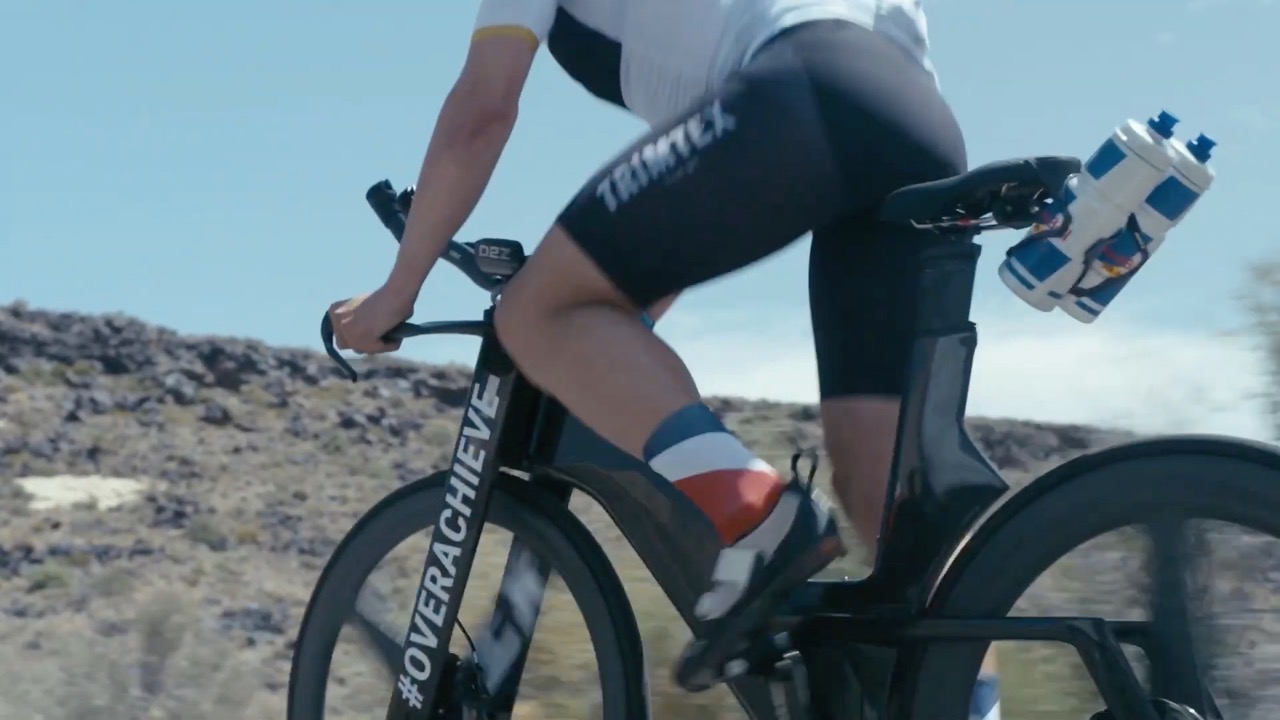 Based on what looks to be a bolt in the screenshot above, we wonder if there might be an accessory pod or even hydration tank that will mount in the negative space between the seat tube and the downtube.

That’s all we have for now, but keep an eye out for this radical machine at the IRONMAN World Championships this weekend.

A giant “#OVERACHIEVE” decal on the fork legs has to be the most triathlete thing ever.

Actually the #oveachieve is the branding behind the launch of Cadex back in 2019.

Except it is a CADEX thing. Sunweb was using the #overachieve on thier bikes in 2018. But go on.

The missing top tube is reminiscent (to me) of the Pinarello used by Indurain/Riis/Ullrich in the ’97 tour. The back half looks very similar to the new Colnago. And does the Specialized Shiv pre-date the Hope for dual crown tt/tri forks?

They bring back MCR design from mid 90s when you had no particular regulation.

Also Lotus track bike and the BT/RMIT “Superbike” of around the same era.

It’s not new, it’s based on GIANT MCR…

you guys forgot to check your archives:
https://bikerumor.com/dimond-polishes-new-triathlon-super-bike-made-in-usa/

The mainstay in the 90’s was the Softride Power Wing:
https://products.roadbikereview.com/product/2001-bikes-and-older/older-triathlon-bike/softride-inc/powerwing.html

Finally a Step Thru TT bike

The Giant MCR 2.0… revisting their Burrows designed bike of the late 90’s while borrowing a new fork from Hope

Yes, quite an uninformed article:
“And while we’ve seen plenty of bikes without seat tubes, or even without down tubes, few come to mind without a top tube.”
“Uh, how about the Giant(!) MCR?”

I’m sticking with my MCR; only wished it came with a monoblade ‘fork’.
This looks worse, with un-needed seatstays.

Definitely easy to get on/off it while wearing a skirt. 😛