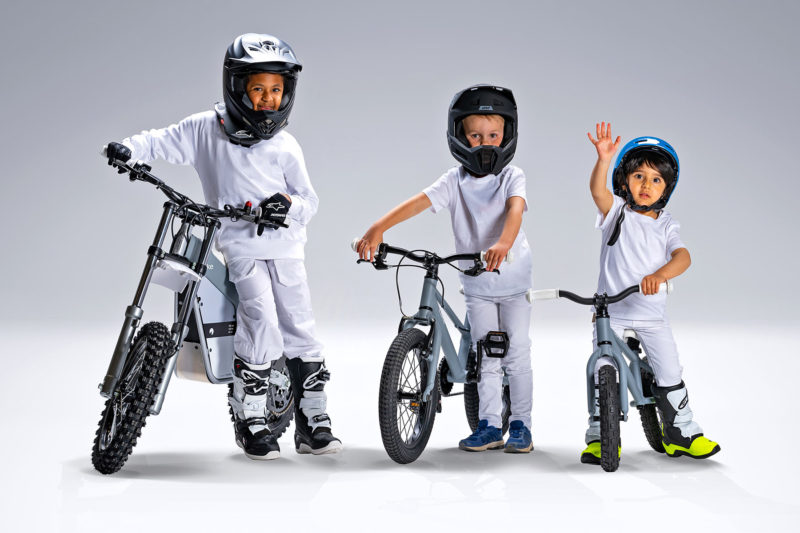 All kids love Cake, right? So CAKE decided they needed to make smaller bikes for smaller riders – Ready, Steady & Go. Known for their high-performance electric motorcycles, it’s interesting that Cake sees their new Ready balance bike and Steady mini mountain bike as the path to getting kids on the mini e-moto Cake Go, and beyond…

Sure, Swedish CAKE is much more of an electric motorcycle company than a bike, or even an e-bike company. They even make a killer utilitarian model to drive your mountain bike to the trailhead! But now they make bikes, too.

“Dubbed the Cake Kids Evolution Program, the goal is to stimulate excitement for two-wheeled fun and build confidence among the young.”

Of the three new kids’ “bikes”, lucky kids are going to scoot on one, only one is actually going to get pedaled, and that last one is unabashedly a little throttle-only electric dirt bike. 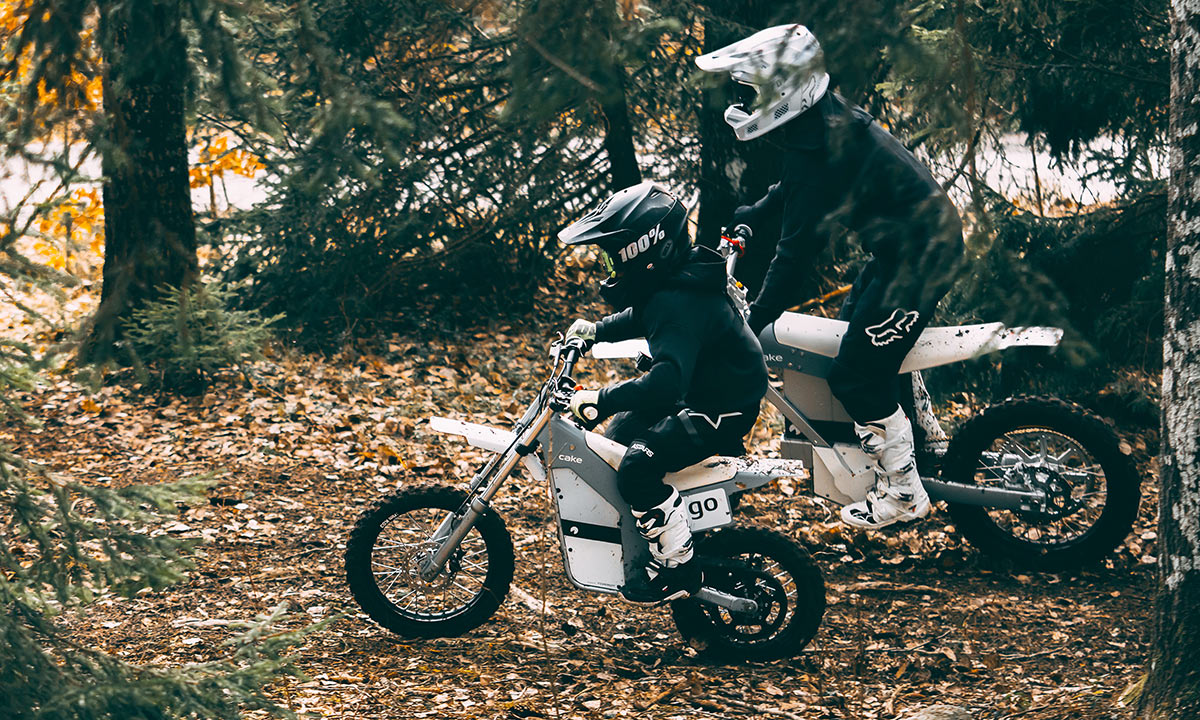 Yes, the ultimate goal is to turn kids into motorcycle riders, albeit on quieter electric motorcycles that are at least not polluting the air.

Cake founder Stefan Ytterborn says, “Learning to ride a bicycle is a must before even thinking of anything with a motor. The joy and excitement, developing skills, balance, and control is the common platform, no matter where the path for kids on two wheels will take them. It’s also about responsibility and anxiety, where step by step confidence and safety thinking, for kids and parents is key.” 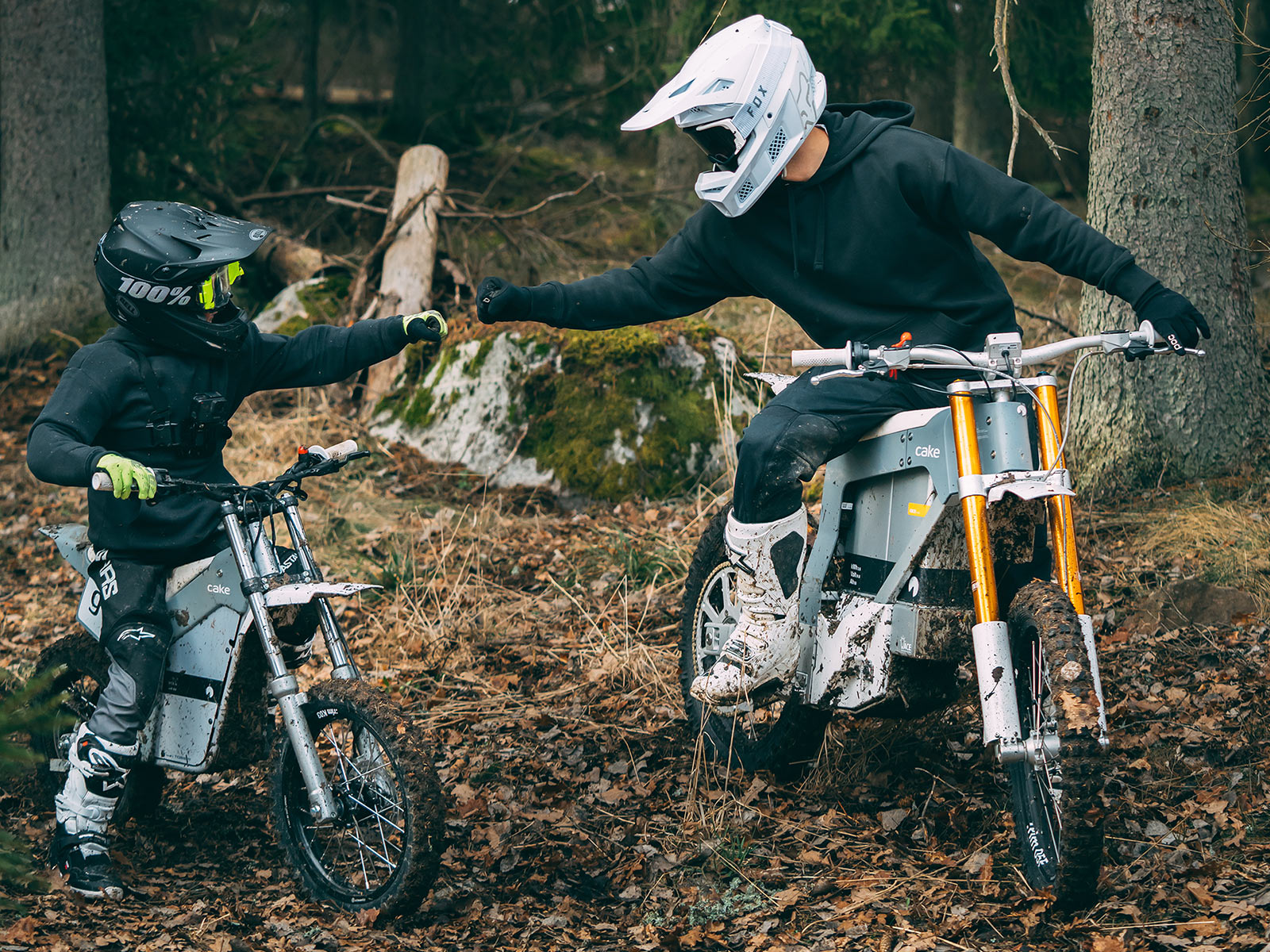 You probably shouldn’t need to really worry too much about eventual mountain bike trail access. Cake is genuinely pushing for more environmentally-responsible on-road & off-road motorcycle riding. And those bigger kid & adult electric Cakes do seem to be destined for motorized vehicle trails only OHV/ORV, not be tearing up your local singletrack, as far as we can tell. Maybe you’ll meet a less noisy Cake on Slickrock than the louder dirt bikes that actually built what became an iconic mountain bike trail?

The Cake Kids Bikes at a glance 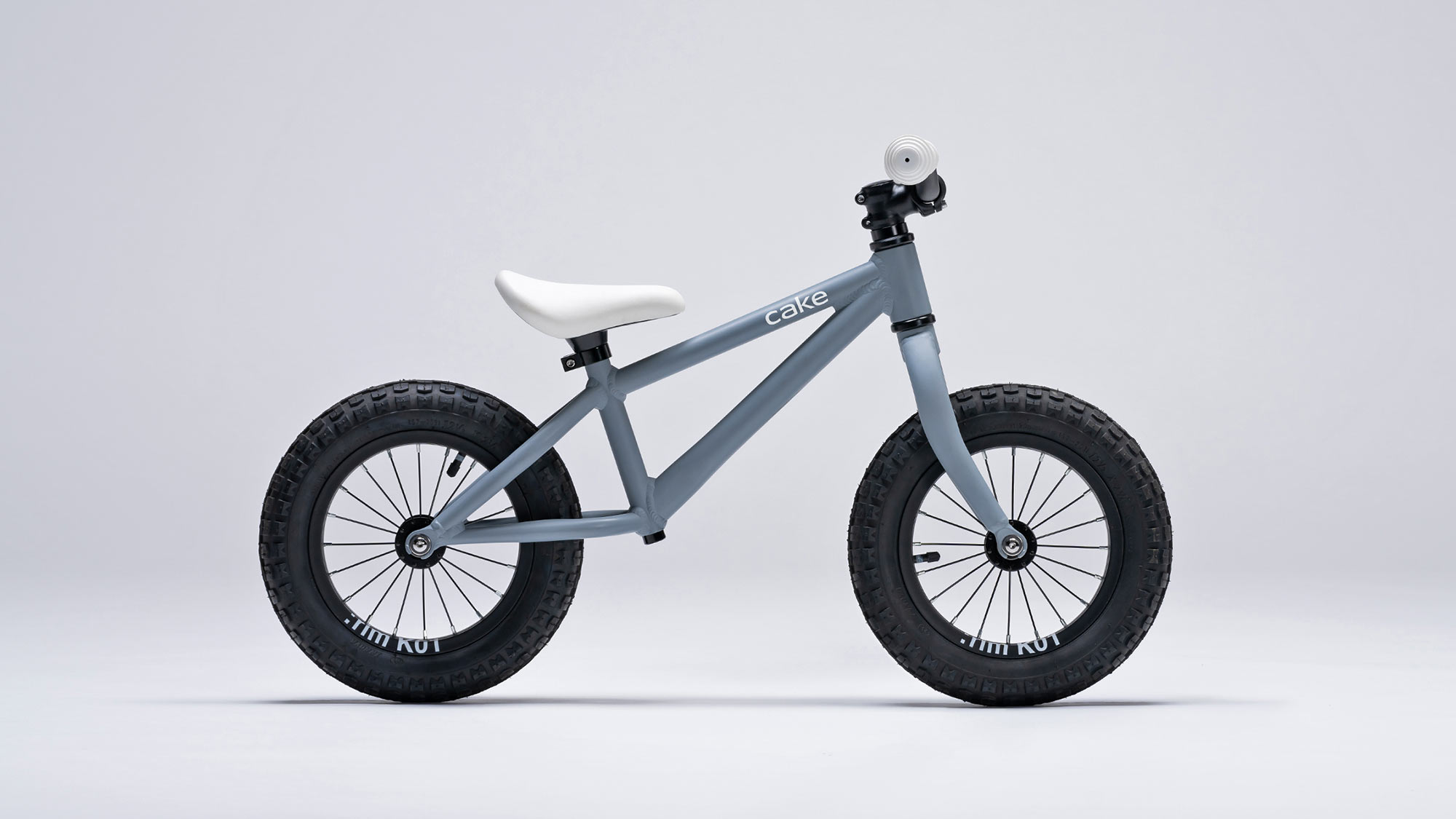 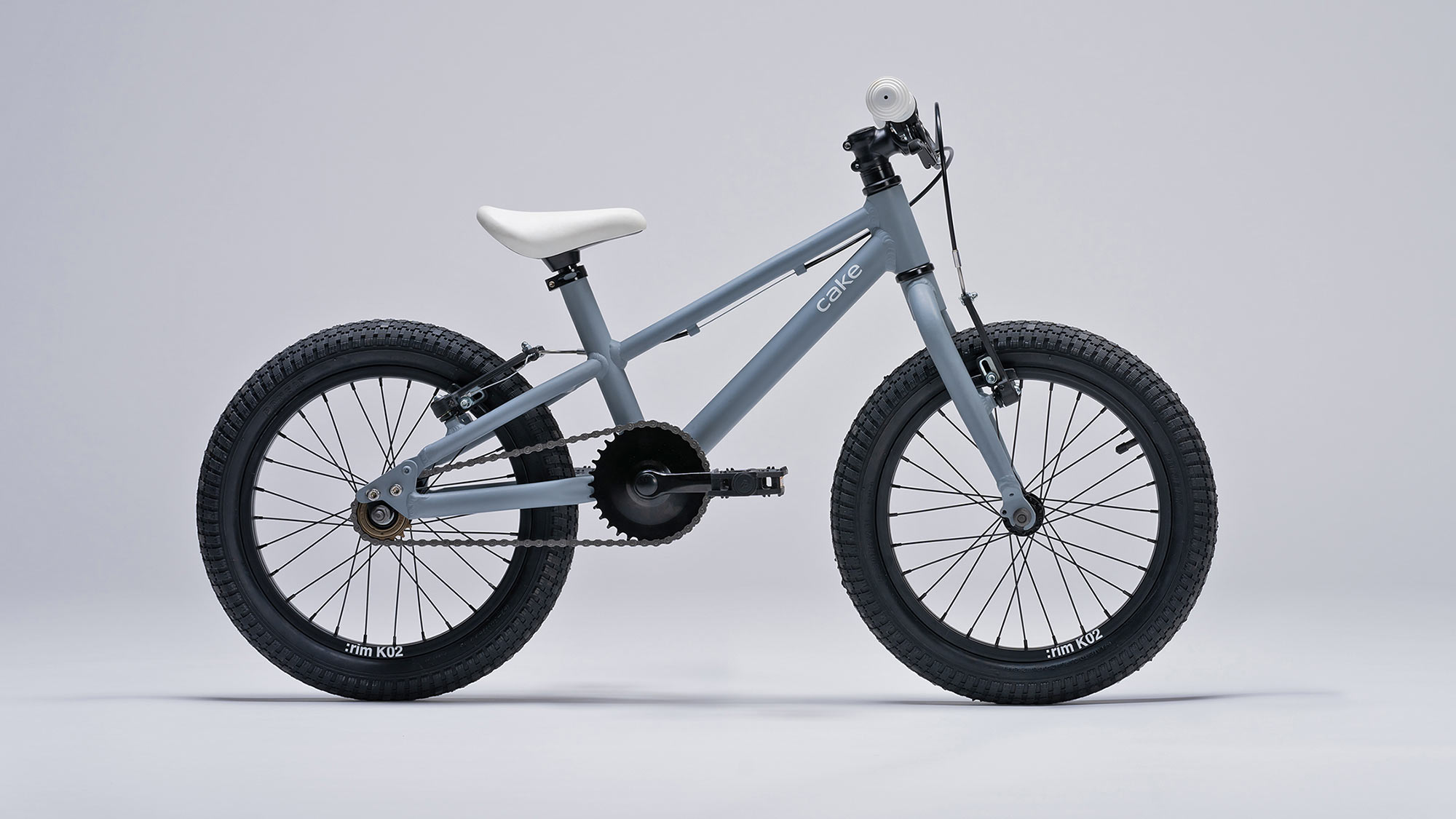 Like the Ready, the Steady also is finished in the same matte gray style as the electric Cakes, with white saddles & soft white grips. 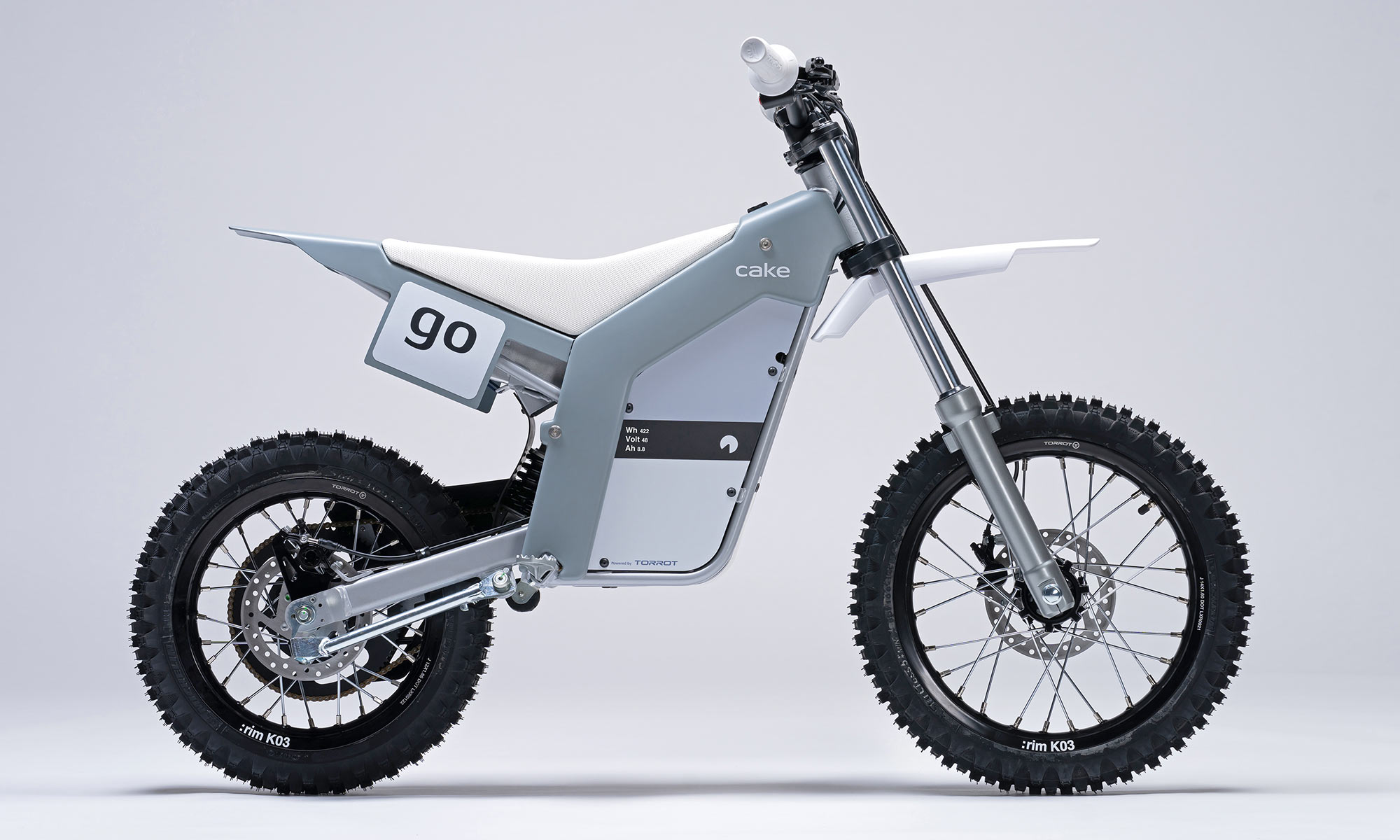 Now it seems like a big step up to the $3500 / 3500€ electric Cake Go, but Cake says after your kid masters balancing, pedaling & braking… the figure your riders can acclimate to a throttle from just around 6-years-old.

But they don’t just throw your tiny kid on a super-powerful e-moto like their Kalk. The Cake Go’s electrical power can be tuned by the parent from 600W (closer to a very powerful e-bike) up to 1500W (still just 10% of the Kalk’s power), with a max top speed of 40 kph/25mph (compared to e-bike max assist of 25kph EU/20mph US) 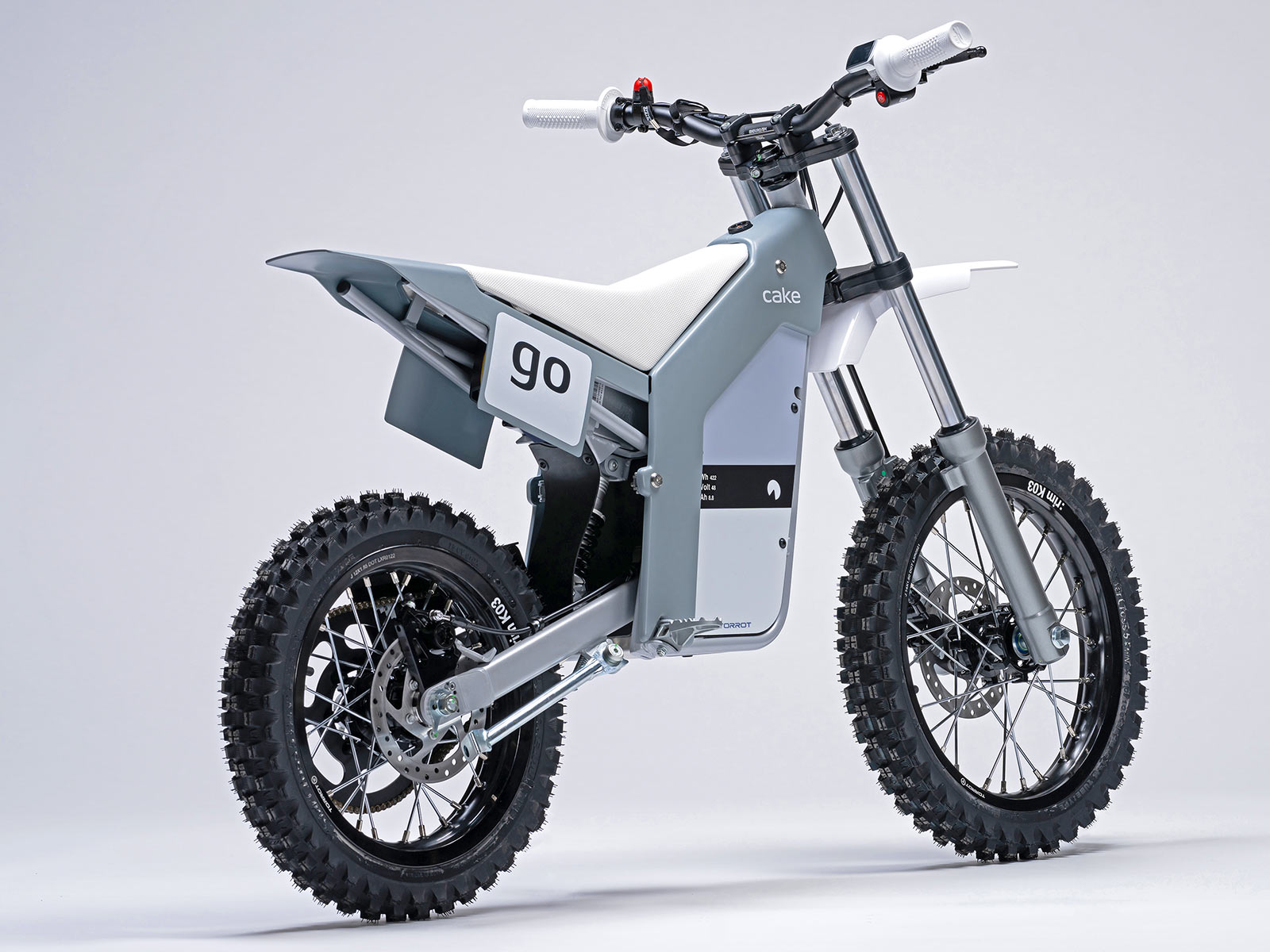 At this point, we are talking about a full-on electric motorcycle, and no real comparisons can be made to bikes anymore. With a 422Wh battery your kid will get a little over 1 hour of active riding, recharged in 4hr. The whole thing with a tubular chromoly frame gets 95mm of front suspension & 125mm rear with 14×2.3″ front & 12×3.15″ rear mini Michelin motocross tires. Max rider weight is 40kg/88lb. 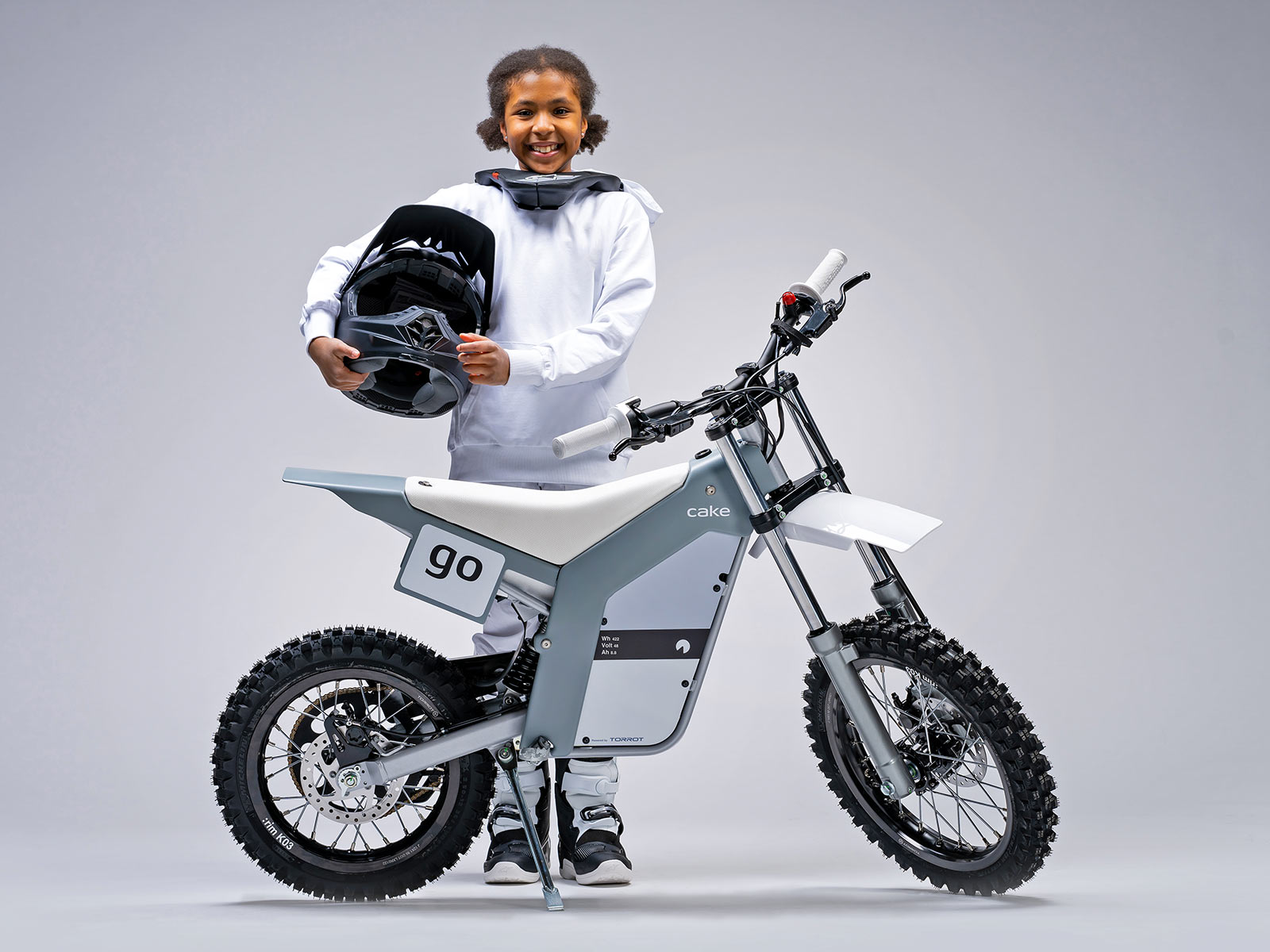 Cake says all of their Kids Evolution “bikes” are available to order now with global deliveries starting in late May to mid-June. Shipping is also included on the Go e-moto, and two-year financing is available. You probably should really be getting your 6 and 8-year-olds a bike they have to pedal. But there’s no denying that this would be fun too.

Maybe buy them one of these AND a 24″ mountain bike so they can pedal out in the woods while they wait for this thing to charge back up after an hour zipping around your backyard MX (mini-cross) track?

OK, now what do you think? Two out of three bikes for a motorcycle company, isn’t bad, right?

Let us know in the comments.