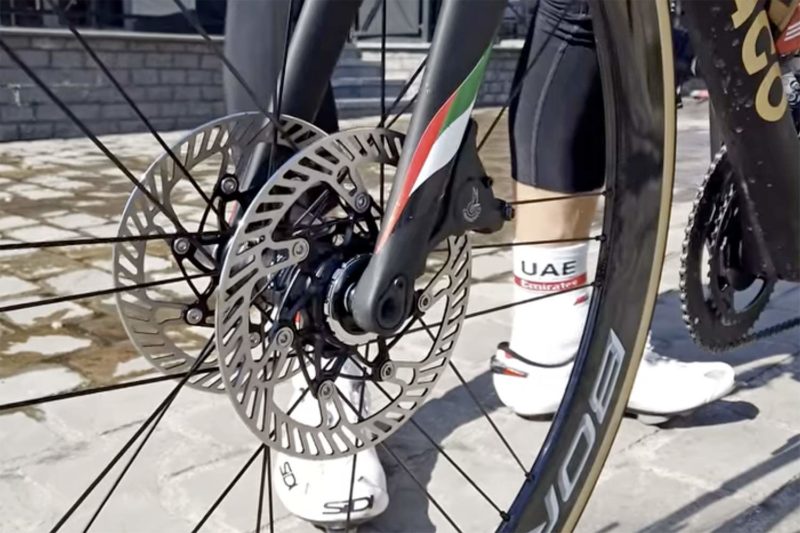 Campagnolo may have been late to the party with road disc brakes, but they might be making up for it with their new SmartDisc double disc brake tech on the special edition Colnago V3RS DV. Dubbed DV for Double Ventoux, the two Italian companies are said to have developed the dual front braking system specifically to deal with the two high-speed, technical descents off the top of Mont Ventoux at this year’s Tour de France…

Campagnolo says innovation is in their DNA. And after first teasing their road disc as a Campy Tech Labs project back in 2016, before giving us the real deal a year later in the H11 project, now they might be onto something again. 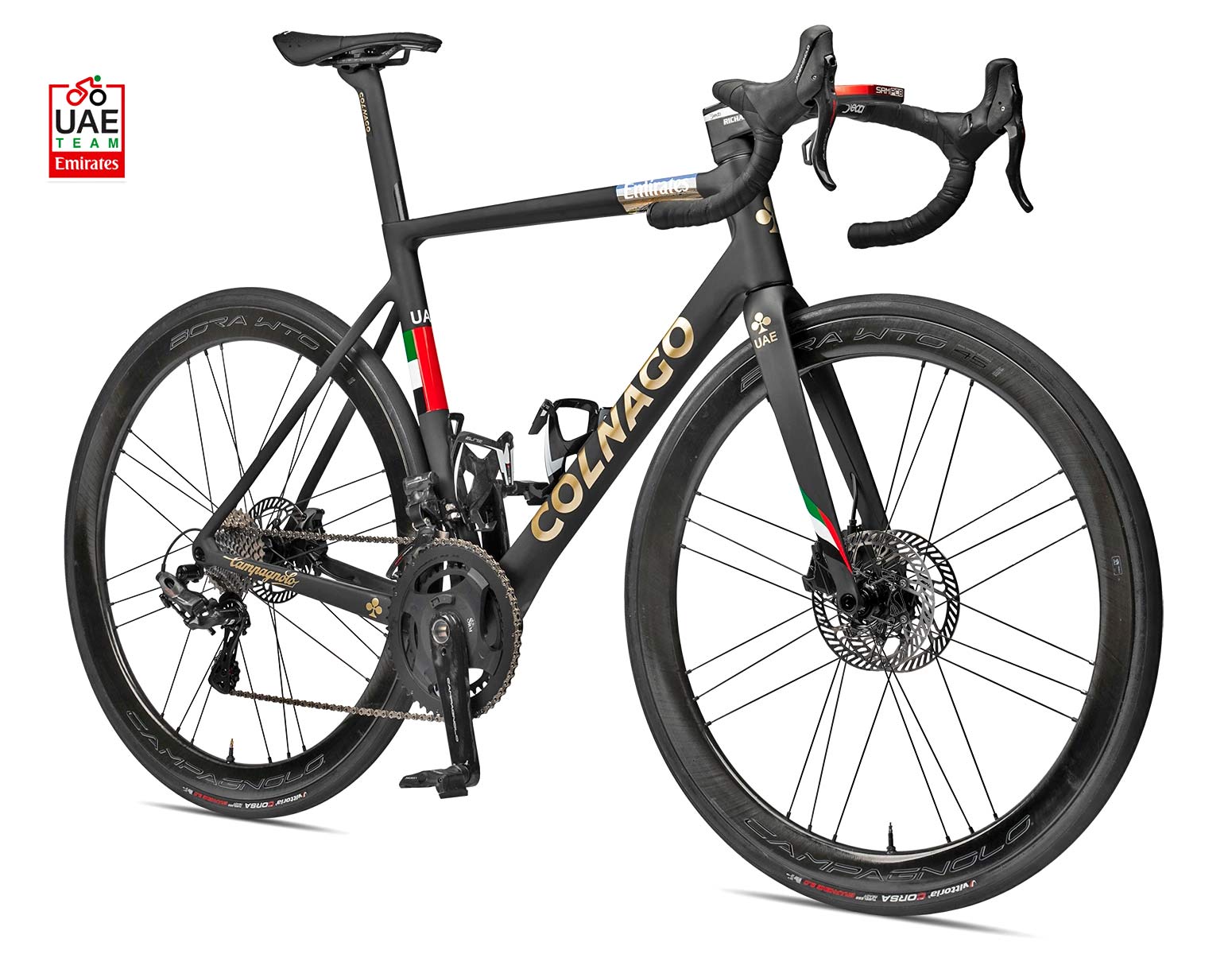 Innovation is in our DNA.

We first launched disc brakes in 2016 after years of testing and R&D and today we are ready for another revolution.

In collaboration with our long-term partner Colnago, we’ve developed SmartDisc Technology, to be applied on the brand new V3RS DV (Double Ventoux) model. This technology enables the rider to add or remove a second front disc brake to the bike courtesy of a very simple, yet incredibly reliable mechanism.

Using SmartDisc Technology, it is possible to use just one front disc rotor on regular rides, but also to add a second when the route requires it.

This year, the Tour de France will climb Mont Ventoux twice, meaning that the riders will be forced to test themselves on high-speed descents that stress both the bike and braking system to the max. The logical choice, therefore, is to add a second front disc brake for incredible braking power.

Thanks to SmartDisc Technology, another leap forward has been made in both bicycle safety and performance.

“The 2020 Tour de France victory was a huge source of satisfaction for Campagnolo but it also left us with a strong desire to do more. We’ve invested years of research into improving performance on the climbs and in TTs but perhaps we’ve been missing the bigger picture. We’ve always neglected the downhills, where bigger time gaps are possible nowadays. So we’ve worked hard all winter with Colnago and Team UAE Emirates, both on the road and in the lab. The result: the groundbreaking SmartDisc Technology that we are pleased to present today.” – Says Campagnolo.com

Interestingly, we just saw another road bike with double disc brakes last week – but it was sporting repurposed Shimano XT brakes. That one, the Ryuger Eidolon is actually an e-bike… and more of a commuter… and it’s full-suspension. Actually it’s wild-looking, so if you missed it, you really should go check out that hot mess here.

If you’re not in a hurry to get down or up.

When posting articles like this, you should change your websites name to bikehumor. 🙂

“Why put one disk when you can put two for twice the price ?!”