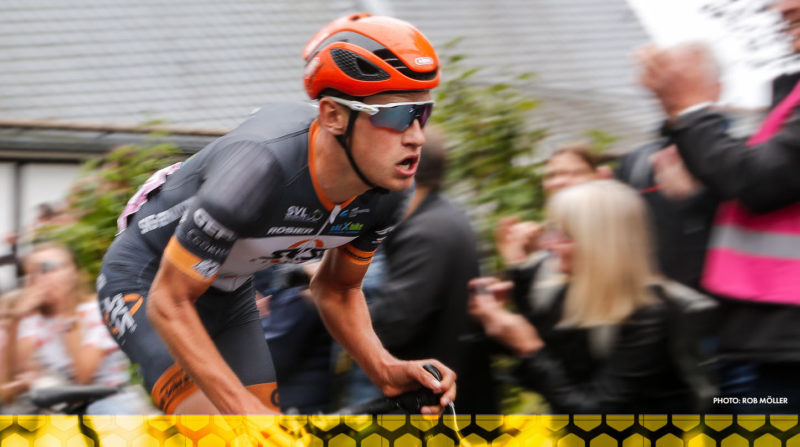 Saris recently announced that the former SKS Sauerland Continental team is now the Saris Rouvy Sauerland Team. Continuing their mission of developing young talent, Saris is teaming up with Rouvy to offer another channel for any young rider to go pro—virtual racing. 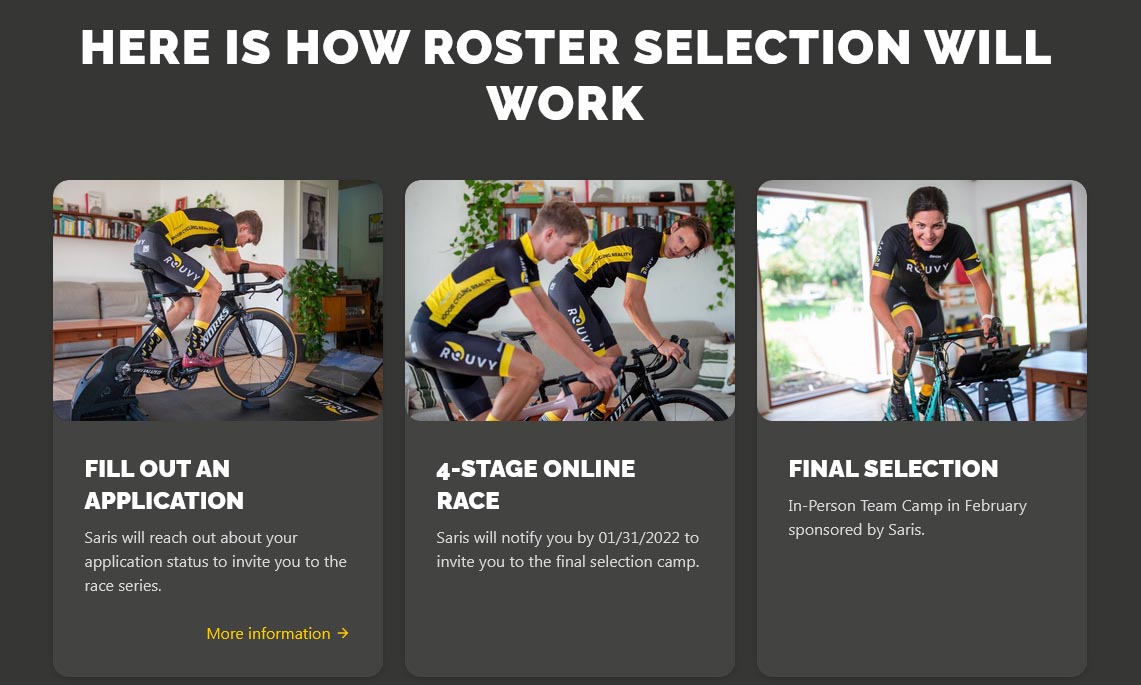 Similar to what we’ve seen through programs like the Zwift Academy, Saris Rouvy Sauerland is offering two slots on their roster in real life which will be virtually up for grabs. The team states that one of their main goals is to make cycling more inclusive and accessible, and virtual competitions like this are one way to do that. Granted, there’s still a pretty high barrier to entry with all the equipment and the high-speed internet connection needed to successfully compete, but the idea of a global contest based on raw talent will make it more accessible at least.

Open to cyclists of all genders from ages 18-23, interested riders need to fill out the application which covers everything from your training schedule to cycling history, and life goals. If you’re selected, then you’ll receive an invite to compete in the final selection camp which starts at the end of January.

In the meantime, riders of all ages can take part in the Virtual Pro-Chaser Group Rides on Rouvy, which start tomorrow. Follow the link below for more details.

Great initiative and very good to have an alternative for Zwift, but please do NOT let it be similar to the Zwift Academy, which is a great spectator SHOW, but has little to do with identifying talent