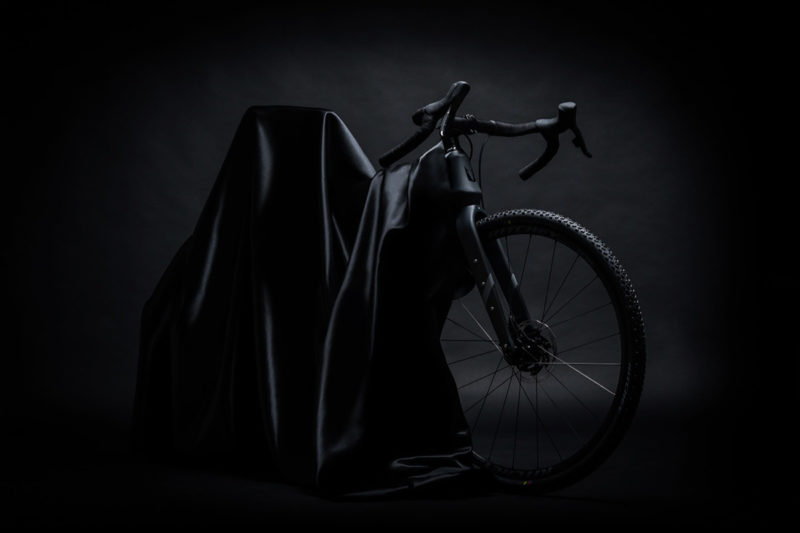 A new bike brand is due to launch in February 2021, specializing in ultralight performance gravel e-bikes. Crow Bicycles are pre-launching with a crowdfunding campaign today, with little more than a handful of (very sexy) teaser images of their first e-gravel bike. Enhancement of these stealth images reveals a number of finer frame details and spec…

What we do know about Crow gravel e-bikes 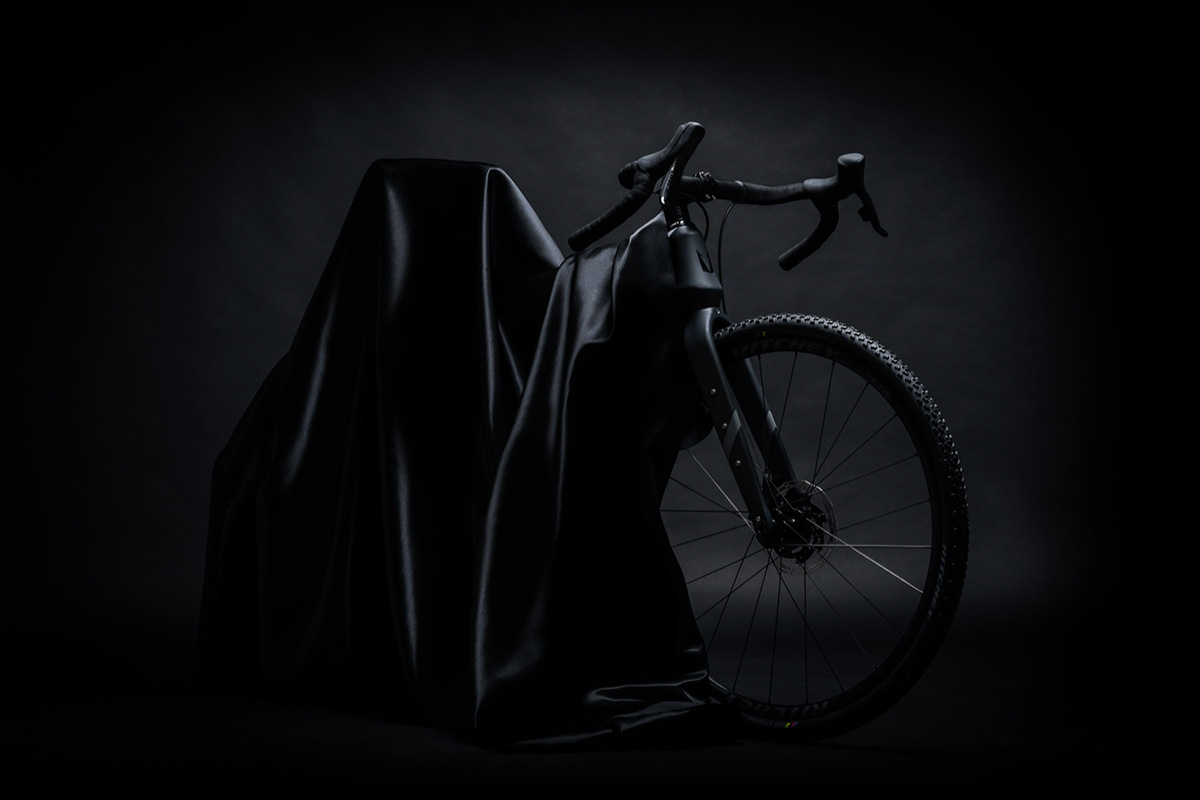 Details on the Crow Bicycles gravel e-bike are extremely thin on the ground. We can tell you that this e-gravel bike will run a removable German-designed Fazua Evation Drive System. That, and the battery, can be removed entirely to allow you to use it as a standard gravel bike. The process is said to be simple and quick, making extra space for snacks, spare tubes or a jacket. 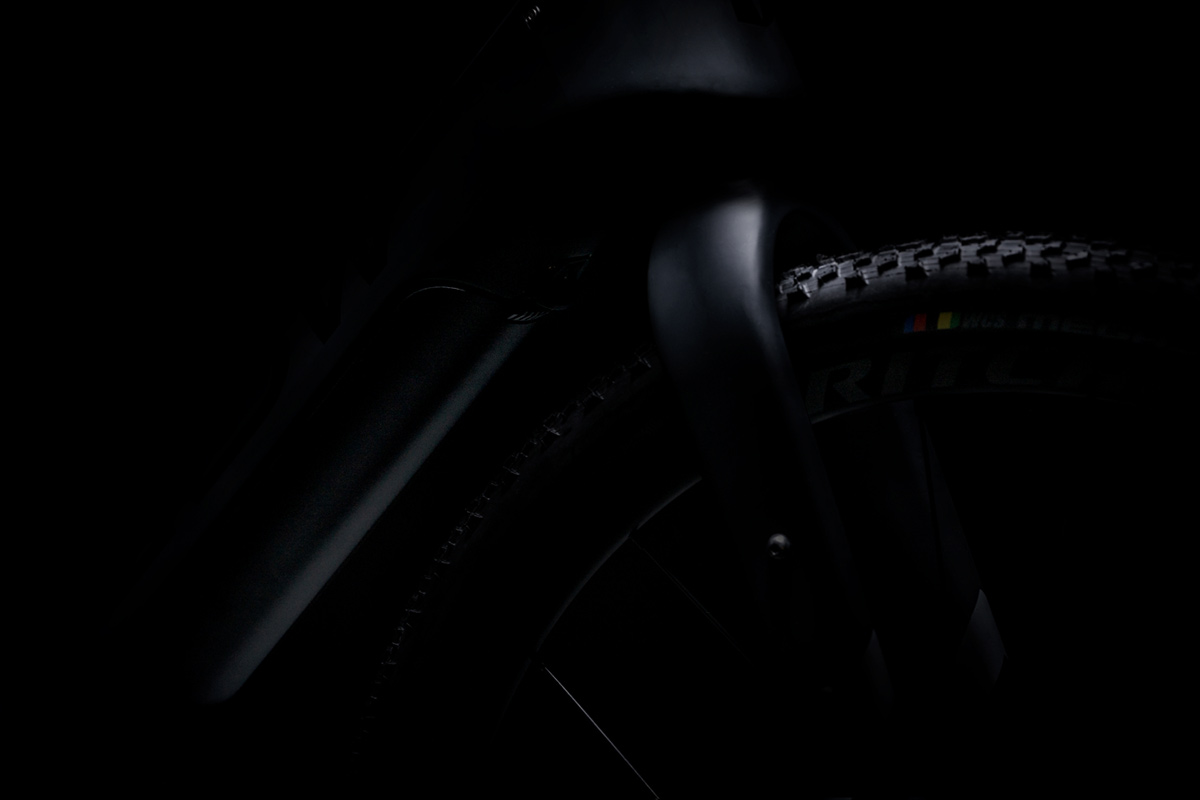 The Crow e-gravel bike is pictured with a Ritchey Megabite 38c tire; will it have room for larger volume tires?

A carbon fibre fork sits in an over-sized headtube, which also looks to be carbon. We see rack and fender mounts down the fork, indicating the bike’s adventurous intentions. No details on tire clearance yet but, the images show a Ritchey Megabite tire, currently only available in 700c x 38c. 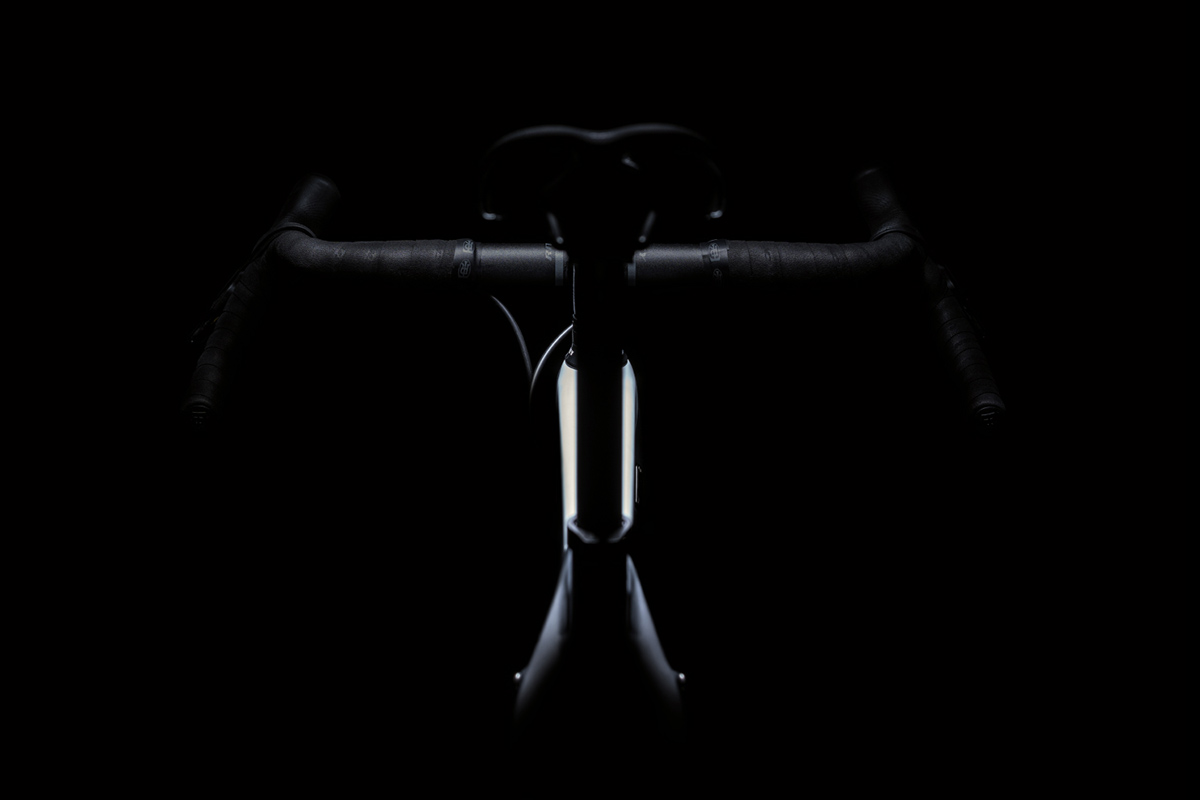 Crow CEO David Toledo said: “We are thrilled to bring cycling enthusiasts a performance bike that can deliver extra power whenever you need it. Our plan is to launch a full line of ultra-light Gravel e-Bikes in February at a reduced price for early backers.” 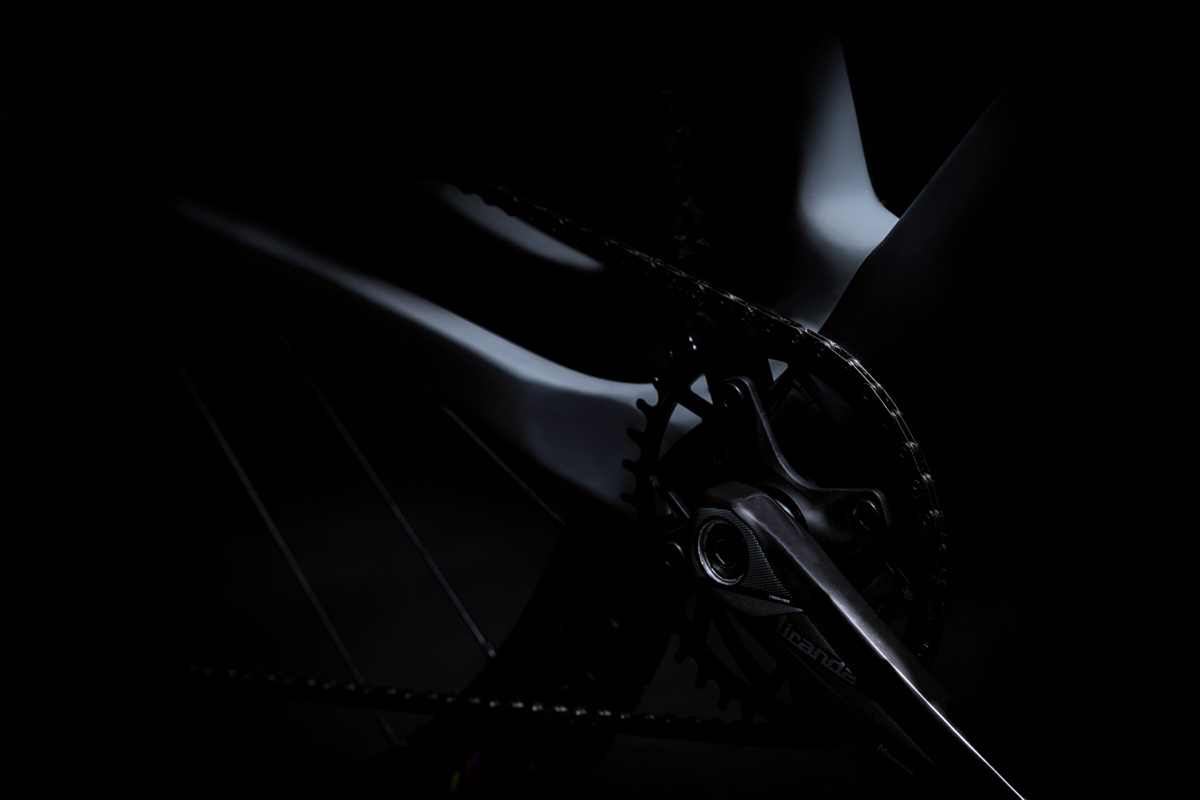 The Crow gravel e-bike runs a 1x drivetrain, seen here with a Miranda crankset and a 38T chainring.

The Crow team consists of veteran industry experts from Spain and the United States with a collective 16 years’ experience developing familiar models, focusing their efforts now on “creating the most progressive Gravel ebike in the world”. 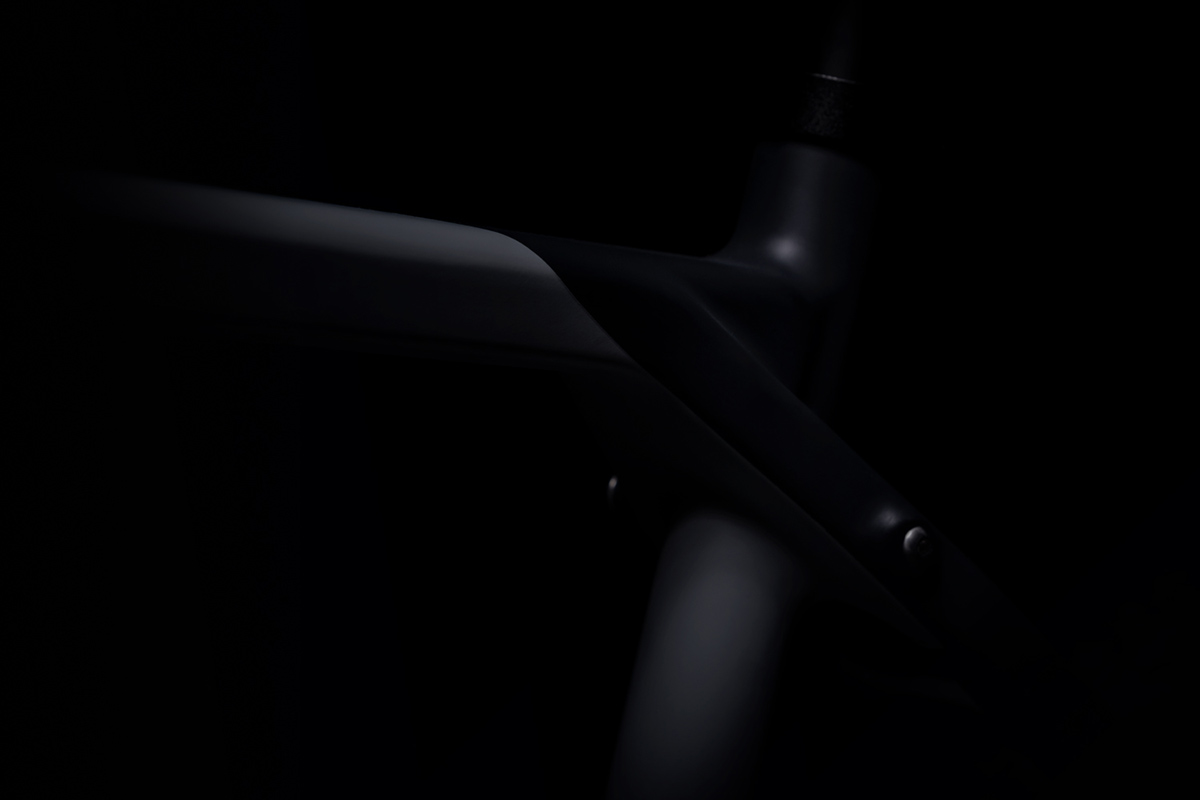 The bike will be able to communicate with the rider’s smart phone via the Crow Bikes app which will feature GPS navigation and tracking. An integrated speedometer will report on metrics such as cadence, rider power output and torque generation. 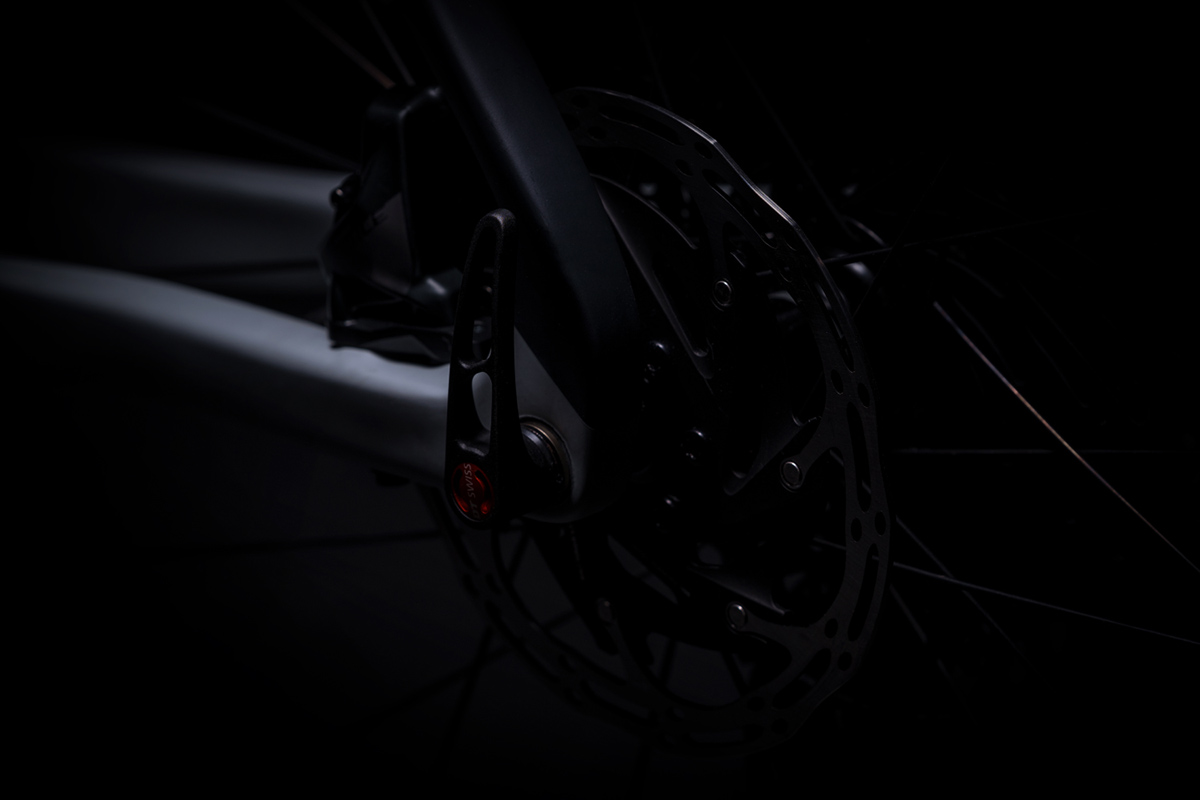 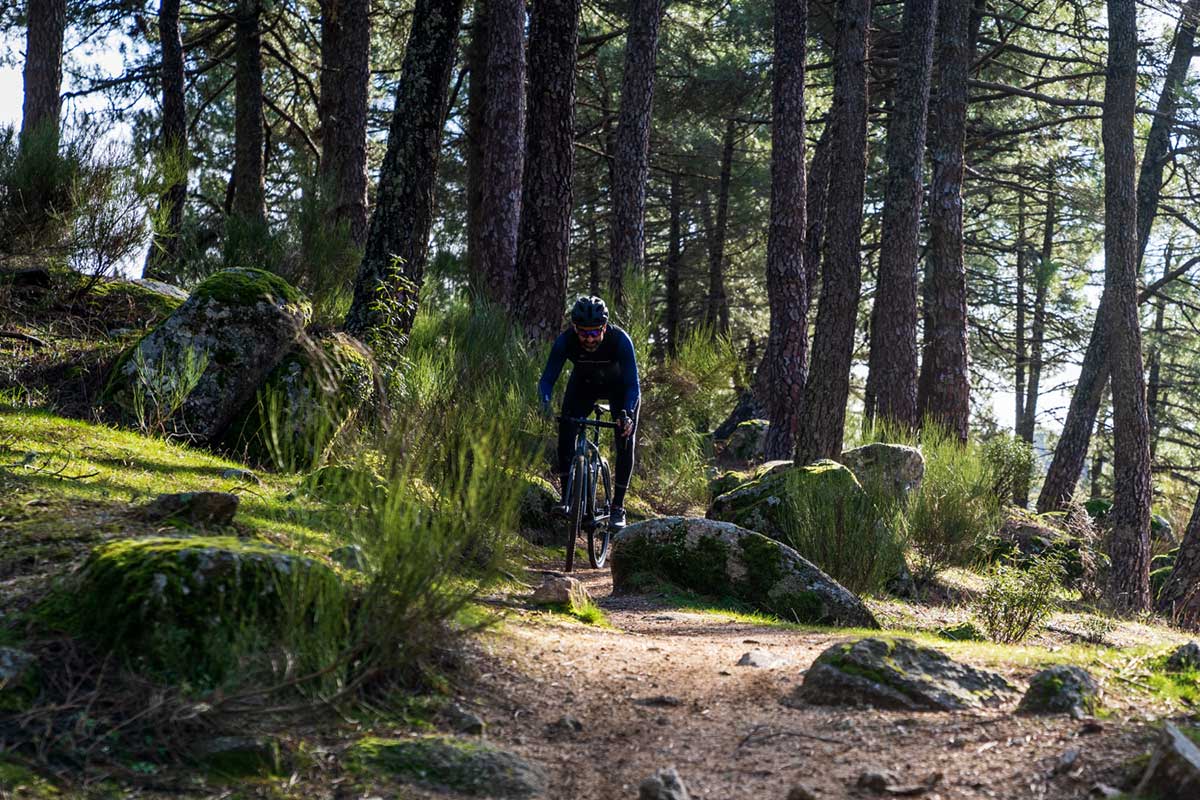 The Crow Bicycles pre-launch goes live on Indiegogo in February 2021. Pre-order to get a discount of up to 30% off MSRP, depending on the model selected.

LOL a teasing to show absolutely NOTHING ! They have the best marketing team ever …. I spent 3second to scroll down the news, and 1min to type this message. No interest in news where can see nothing.

Give us your money and we’ll show you the secret bicycle.