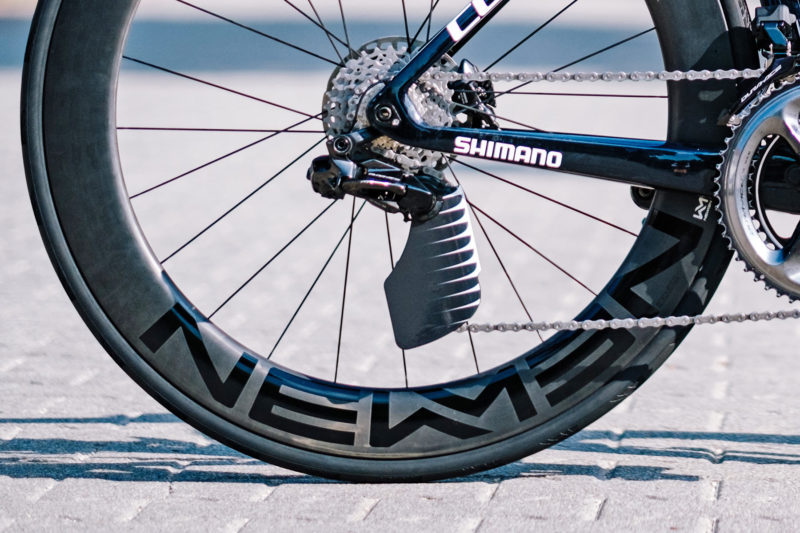 A closer look at the Cube road & time trial bikes of Biniam Girmaye at the Giro d’Italia reveals a new prototype CeramicSpeed Aero OSPW upgrade seeking out those marginal gains. Already claimed to save watts with larger oversized pulley wheels and low-friction ceramic bearings, CeramicSpeed looks to be hunting improved aerodynamics, as well… 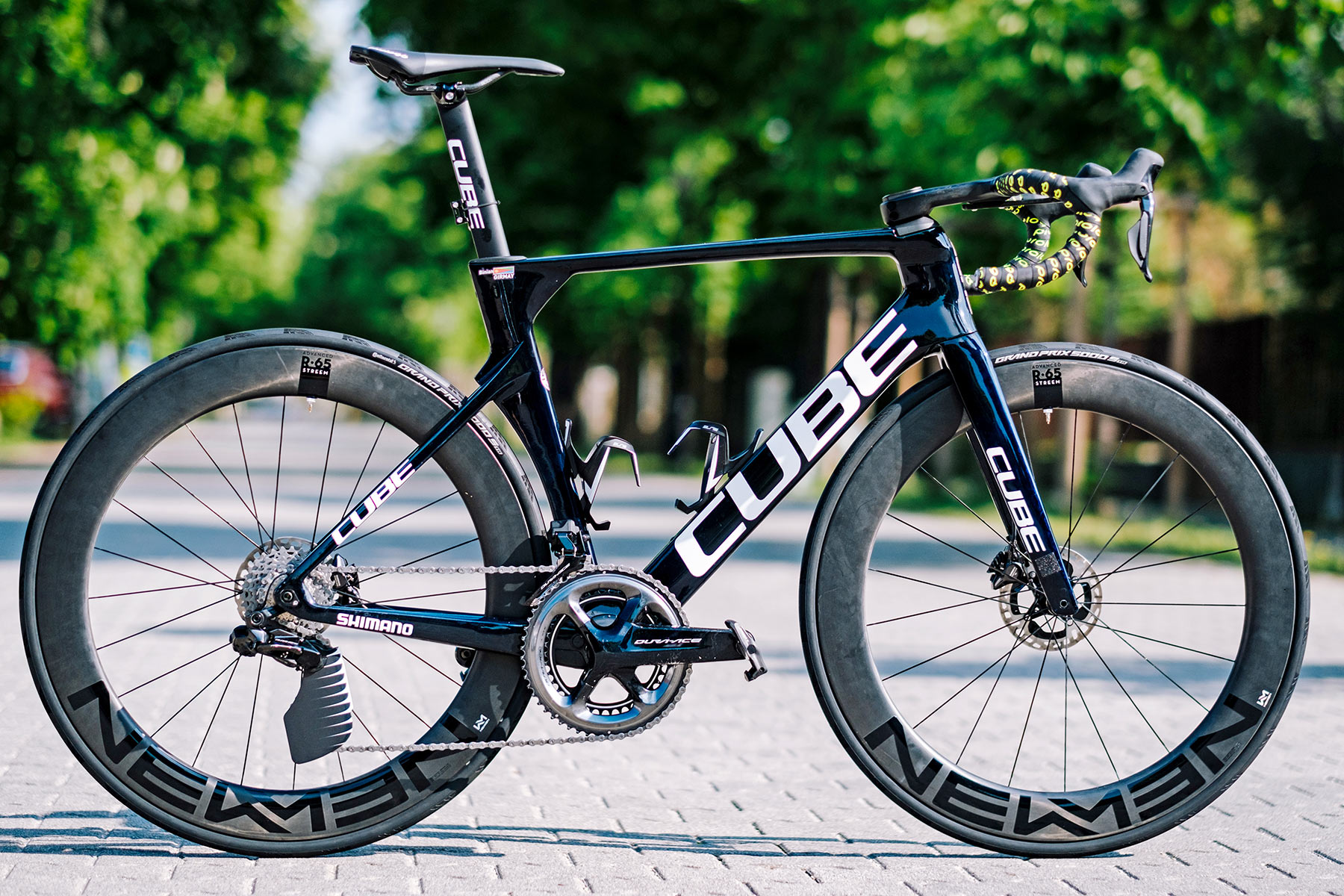 Having come in for a close second in the Stage 1 sprint just behind Mathieu van der Poel, the 22-year-old Eritrean pro road rider has gotten a pretty solid start to his first Grand Tour. With 3 stages down, his ridden in 3 different kits, after swapping from his regular Intermarché-Wanty-Gobert yellow & blue to the white Maglia Bianca as he held the 2nd spot for a young rider after day one, then the mauve Maglia Ciclamino as he held onto 2nd in the sprinter’s points classification after the TT.

And an extra free Watt or two never hurts.

Tech details – What do we know? 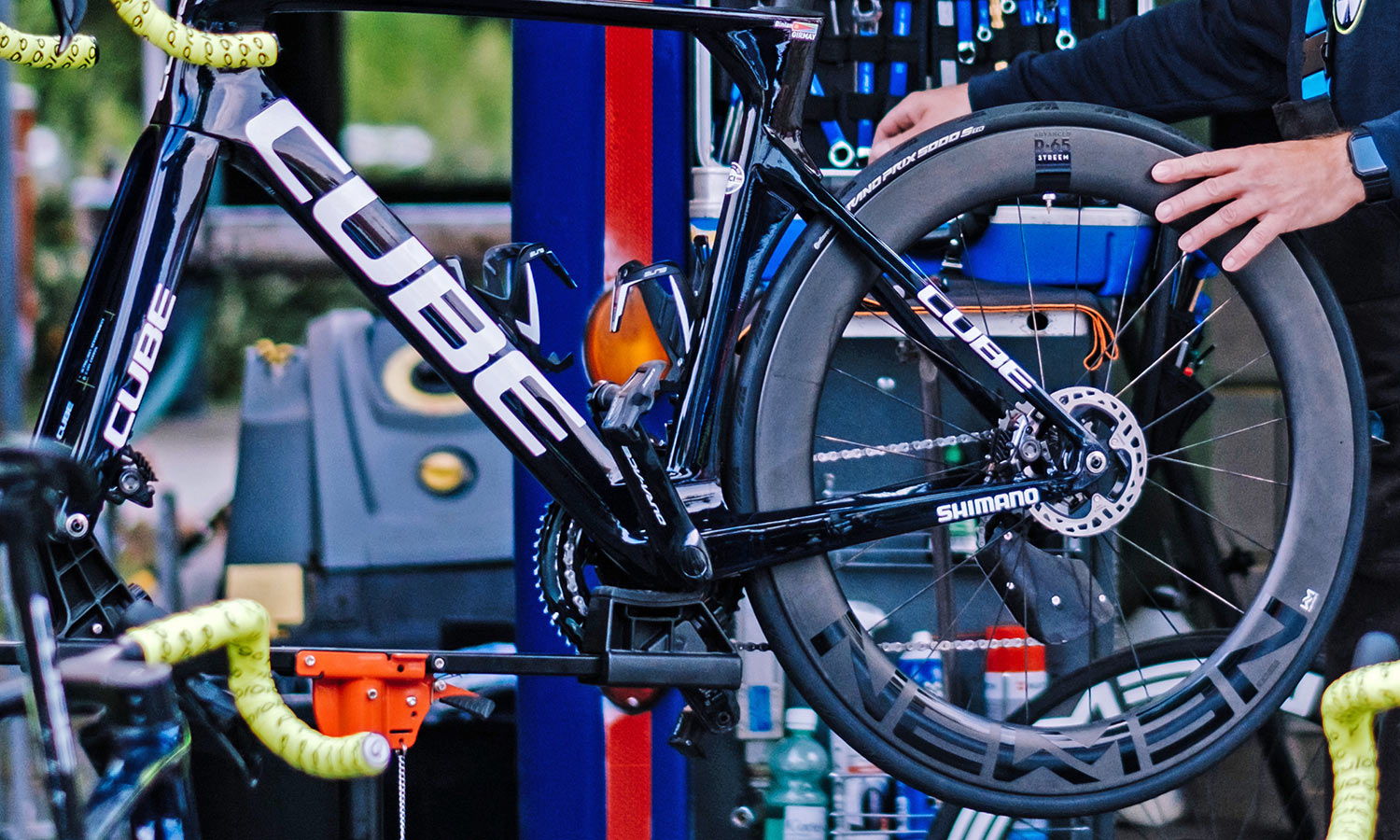 What we know about this CeramicSpeed prototype Aero OSPW upgrade is limited as CeramicSpeed didn’t even hint at it when we met with them at Sea Otter to talk about new OSPW finishes. Rumor has it though, that the Aero OSPW cage should make an official debut this summer, likely around the Tour de France.

The outside of the driveside looks shiny & smooth with painted white lines coming off its leading edge. But a bit of a glance at its backside shows the two regular bolts through the pulley axles, plus two more that hold the clamshell together. 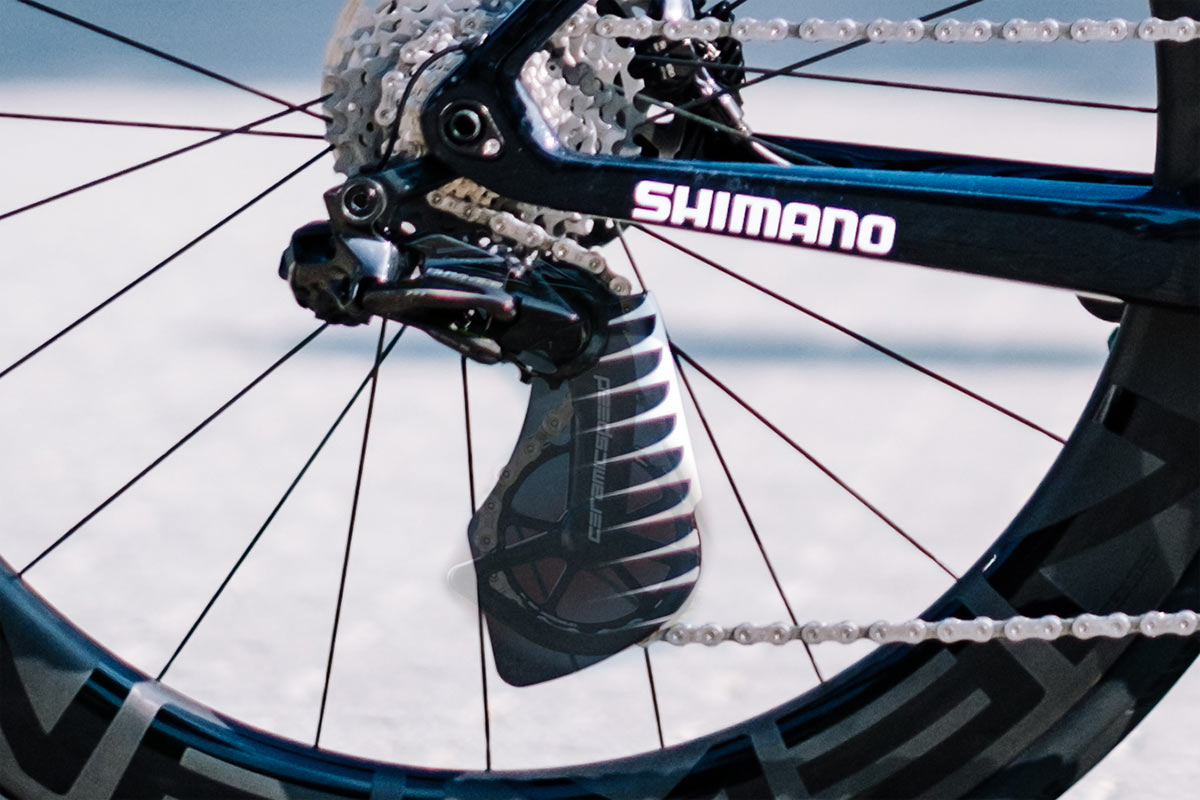 Since we don’t have official specs, I took the highly-scientific approach of photoshopping the new cage profile over a standard CeramicSpeed OSPW installed on another Shimano Dura-Ace R9250 rear derailleur to get an idea of what’s lurking inside. 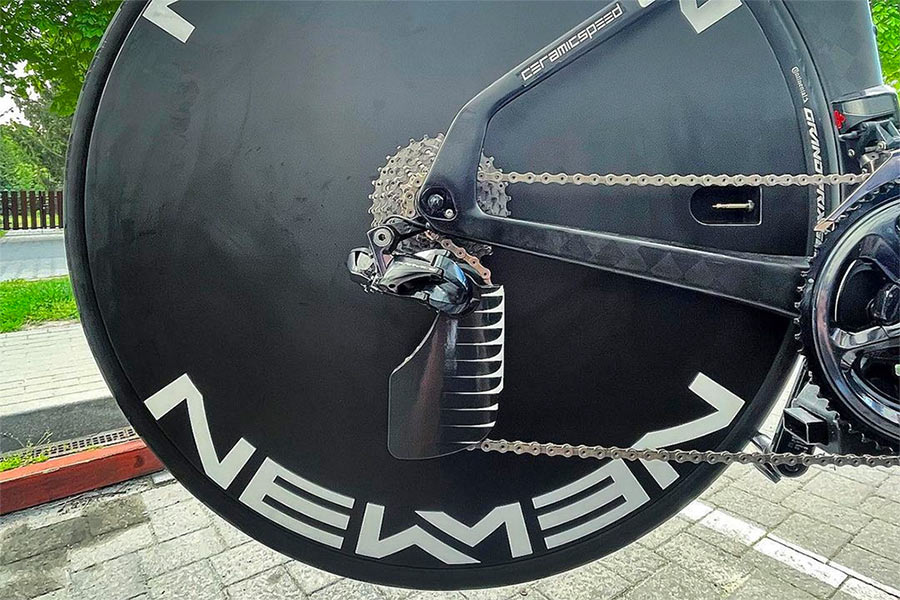 The front edge of the glossy carbon(?) cage comes to a closed point, with a slit cut out of the front only at the lower edge needed for the chain to pass in the smallest ring/cog combo. The rear is open where we can see the chain poking out.

Not all of the Intermarché-Wanty-Gobert team bikes had the prototype CeramicSpeed Aero OSPW installed, but this photo from their team mechanic on Instagram showed that Girmaye had one on his Stage 2 time trial Cube Aerium TT bike, as well. Look for a more detailed look at his Cube bikes later this week…

We’ll keep our eyes open for more details on an official release schedule, and how much this will cost you. Trust us, it’s gonna be expensive – the standard non-aero version is already 500-590€ on top of the 800€ derailleur!

Update: It will cost you 740€, but save you 2.5 seconds in a 25km time trial if you are fast enough! It is available now for 3 different groupsets. Check out the full details in our official launch coverage.

No uglier than an exposed cage but they coulda used black fasteners.

Considering a normal RD cage is around 8mm wide at its widest point, and is mostly just 2 slivers of 2m steel, there is way you can make me believe this will make anymore than 0.5W savings, at 50km/h

Maybe that’s why it says “gaining seconds at the giro”, its probably around two of them over all stages..

How about just regular pulley cage with solid, no hole pulley wheels?

It’s like adding a carbon fiber rear spoiler to a Honda Civic. It aint gonna do much but it’s going to cost you.

What’s comical about this is that BikeRumor does not admit how ridiculously small if any improvement this really is. Do they think we readers are that gullible that they cannot admit the obvious? Yet here I’m getting ads for Toyota Tundra too. Whatever. Critical thinking is not a thing here. It’s just making a buck which is OK, yet I think bike tech deserves better.

This is painful to read on anything but the first of April… Why not aero the front derailleur? The cassette? The entire real mech..any number of other things. Because ceramic speeds specialty is marketing. This is only meant to aim attention to their pulleys and chains. I doubt there is any measureable improvement.

Brian B
Reply to  Radrider

I think that’s entirely the point; why are we not optimizing every component in a sport where one of the principle challenges is overcoming wind resistance? This may seem ridiculous now but 25 years from now when we do have aero derailleurs and cassettes sitting on aero bikes with aero bottles, bars, shifter, wheels and seat posts we’ll wonder how people ever rode non-aero setups with all we know about wind resistance and aerodynamics.