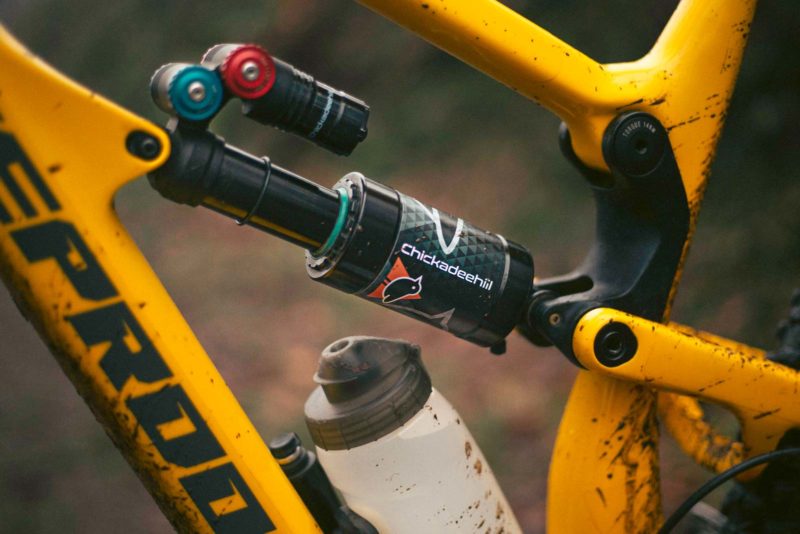 German suspension manufacturer, Chickadeehill, are set to release their first rear shock; the twin-positive air chamber LFB6. This may well be the first time you’re hearing of them, but the brand have been working away for years on their AWK cartridge, a positive chamber upgrade for Fox, RockShox and Cane Creek forks. The LFB6 builds on that same technology, using two positive air chambers in combination with an IFP to deliver a versatile shock that can be tuned “nearly infinitely to adapt to any leverage ratio, frame geometry and rider preference there is”. 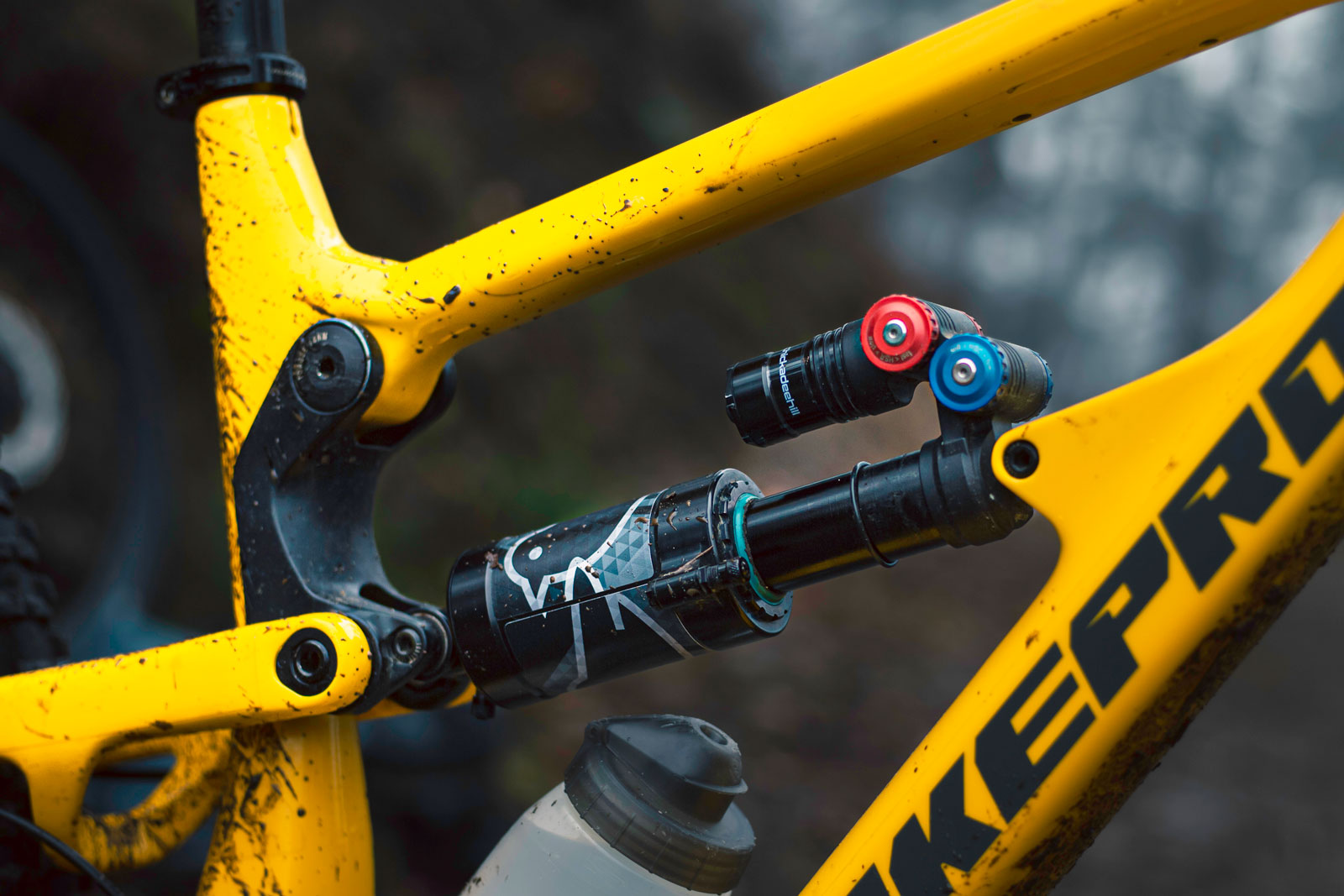 With its chunky air can and piggyback, you’ll not be surprised to learn that the Chickadeehill LFB6 shock is aimed squarely at gravity-oriented mountain biking. The versatility of this air shock goes well beyond its 16 LSC, 16 LSR, 26 HSC and 26 HSR external adjustments offered by the twin tube hydraulic damping system. It is the design of the air spring that makes the LFB6 stand out from the crowd.

The Chickadeehill runs not one but two positive air chambers, each pressurized via a separate valve; one valve is located near the eyelet while the other sits further down the body of the air can near the shaft. An internal floating piston allows these two chambers to work independently through the first ~50% of the stroke, and then in concert with one another deeper into the travel.

The idea is that each chamber is pressurized such that, during usage, when the main chamber pressure is equal to that of the second chamber, the internal floating piston starts moving, bringing the secondary air chamber into play. 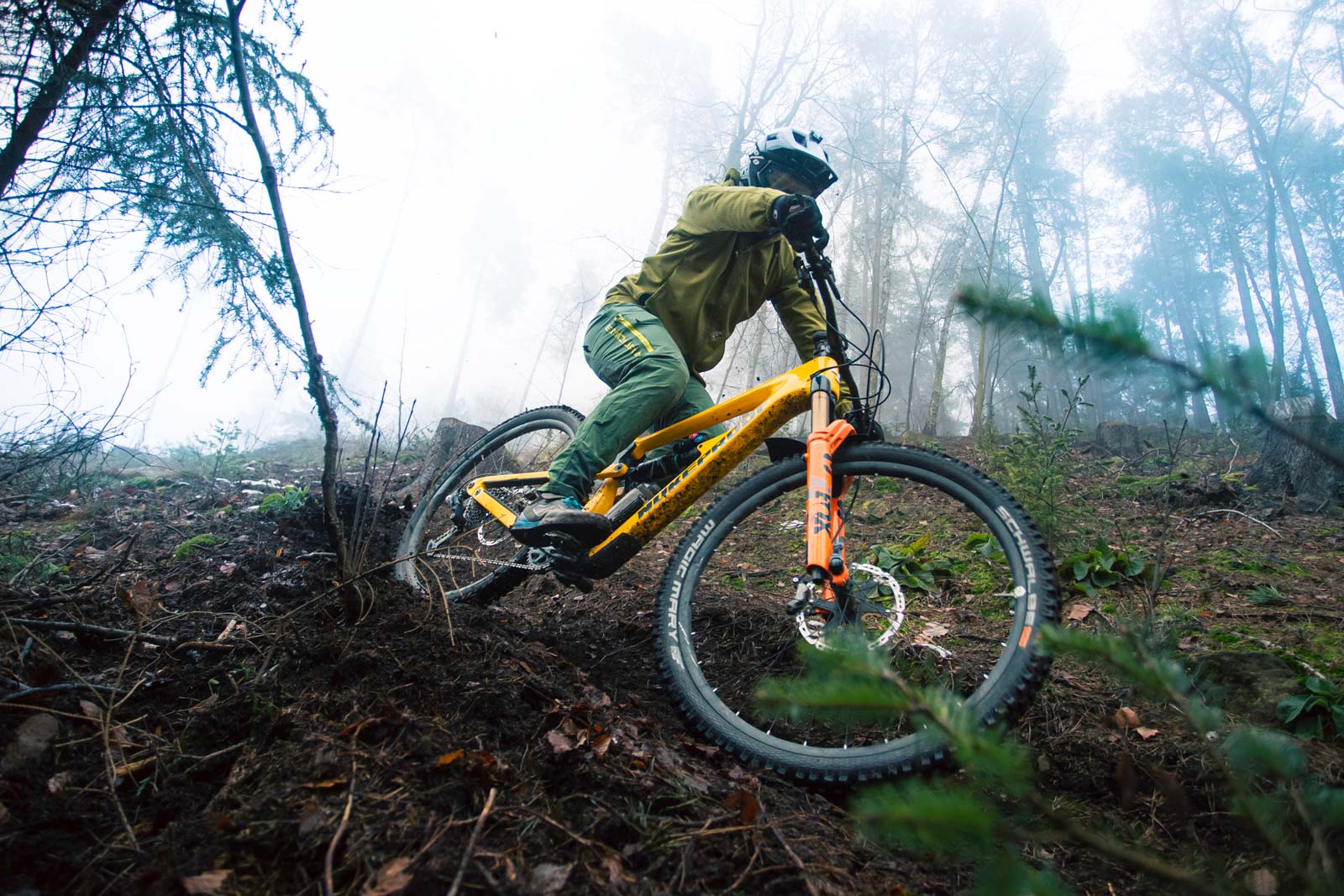 Why this design? The main advantage of this more complex air spring design is that, if set up properly, it can offer improved mid-stroke support giving the shock a more linear progression, much like that of a coil shock but without the added weight. If you’re a rider who likes to run relatively low air pressures to maximize small bump sensitivity, but has to rely on a stack of volume spacers for sufficient support at the end stroke, this solution could work well for you, offering a bit more mid-stroke support for those medium sized hits and bigger forces the bike experiences through fast berms. 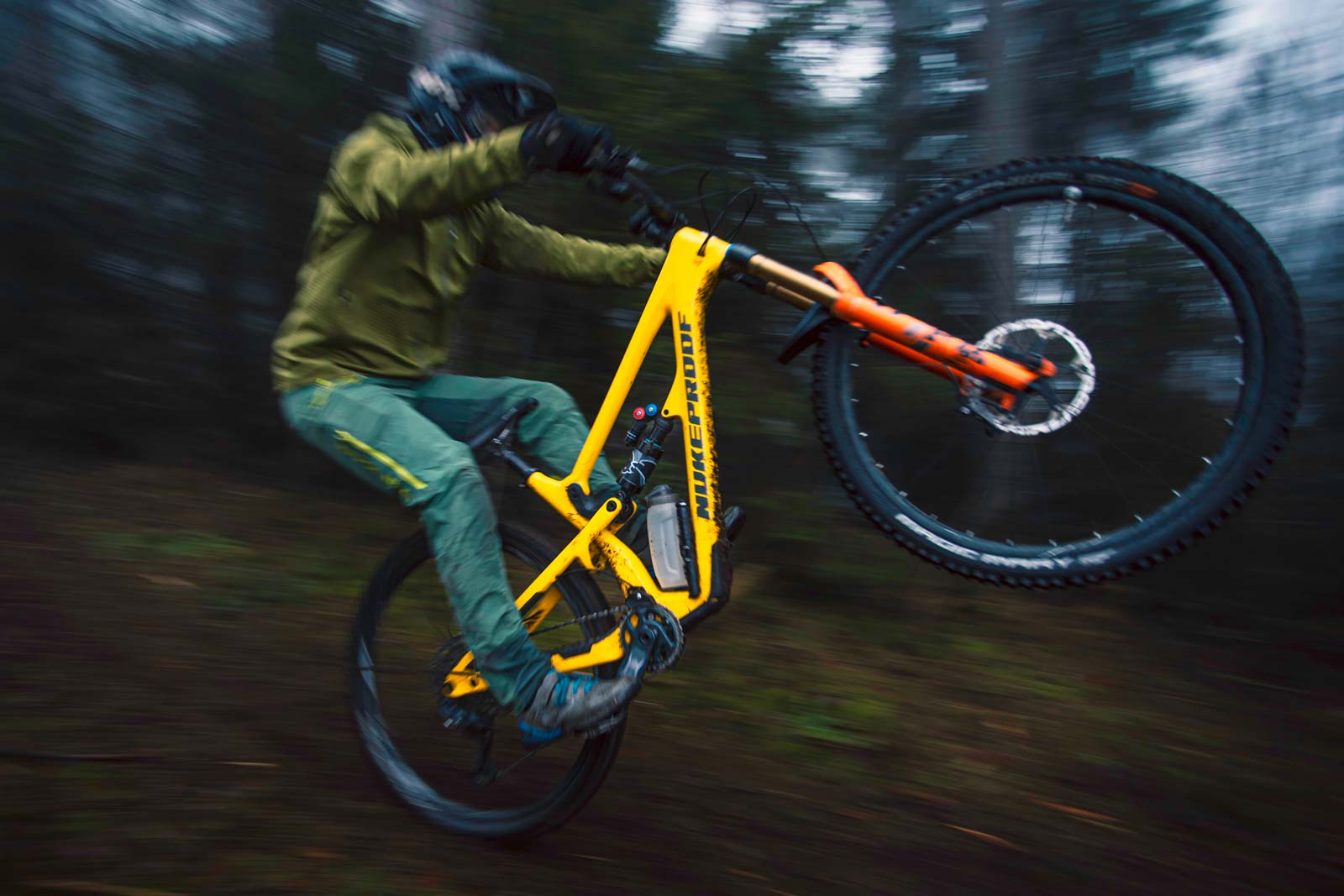 Where have we seen this before? Well, Chickadeehill have already proven this technology works with their AWK cartridge upgrades for forks. We’ve also seen a similar use of the dual positive air chamber design on the high-end EXT ERA fork. It too claims to offer the same improved mid-stroke support and linear progression of a coil. Ohlins has done something similar too; their RXF38 m.2 fork has a secondary positive air chamber they refer to as the ramp-up chamber. 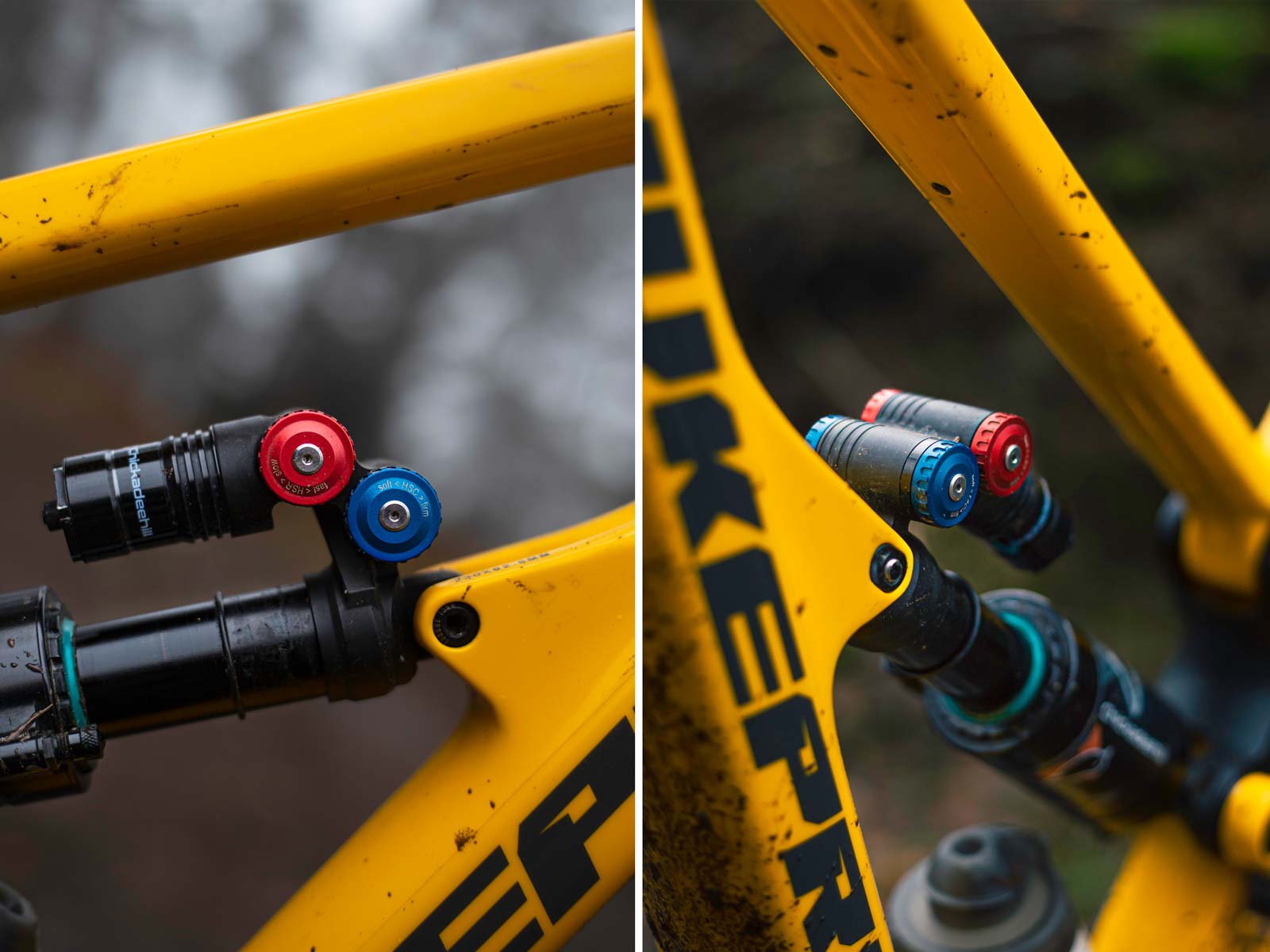 In addition to the compression and rebound adjusters, the Chickadeehill LFB6 Air Shock is also available with a climbing switch

Ultimately, the potential of the LFB6 shock will only be realized by riders with a good bit of patience, and who are happy to spend many hours and days fettling to achieve the right setup. It seems there could be performance gains to be had for that kind of rider.

The Chickadeehill LFB6 shock is available in the following dimensions:

There is also a 250mm eyelet version under development, though we have no ETA on that just yet. Retail price is €1279.