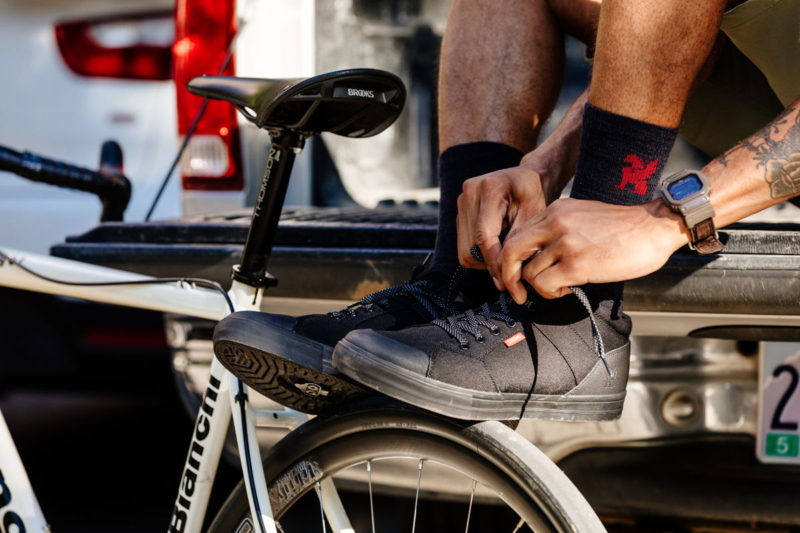 For the first time in three years, Chrome Industries issues a significant update on its line of stout, street-conscious shoes. The new line of clipless and flat kicks gets a rubber compound from Panaracer to make the line, according to the brand, its grippiest shoes yet. 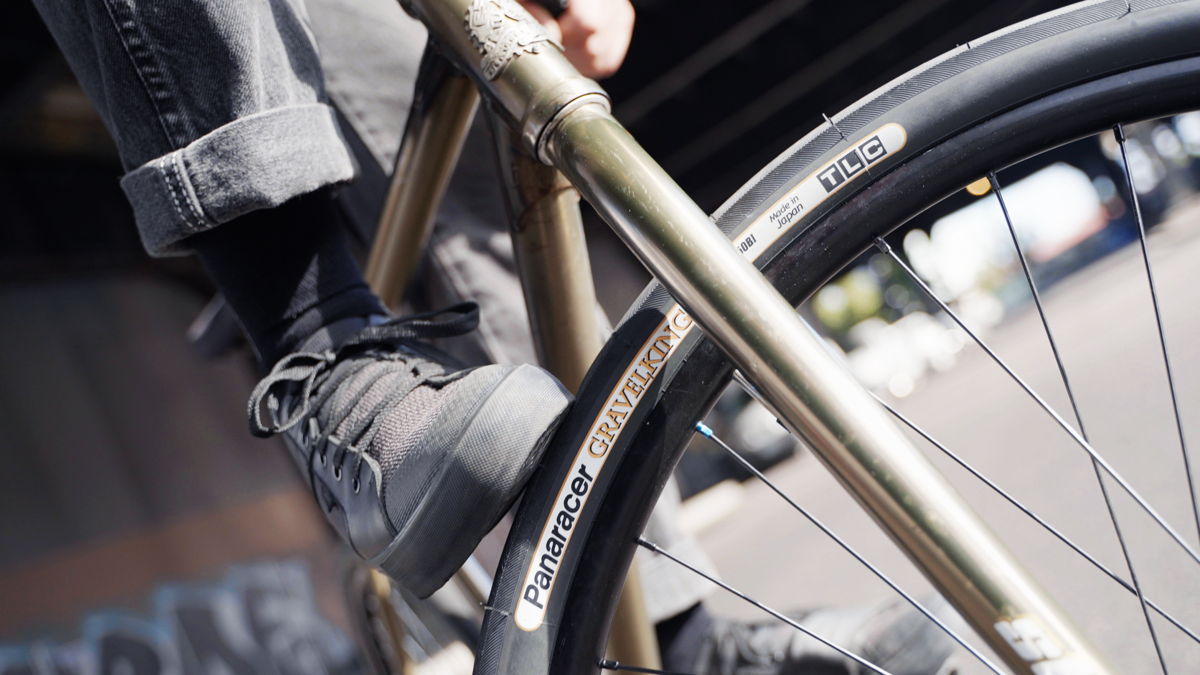 The Chrome X Panaracer Pedal series updates four classic styles with the high-end tire compound and other upgrades like improved weatherproofing and reflective touches. It also incorporates some foundational comfort and durability enhancing technologies from Chrome.

Chrome formerly incorporated SPD compatibility, and Matt Sourapas, Chrome Head of Footwear Design, says the line answers those who wanted it back.

“We have had a lot of feedback over the years to bring back SPD compatible footwear, and these shoes are just as versatile on the bike as they are off,” Sourapas said. “We built these weather-resistant, extremely durable and extra grippy thanks to the signature Panaracer outsole.” 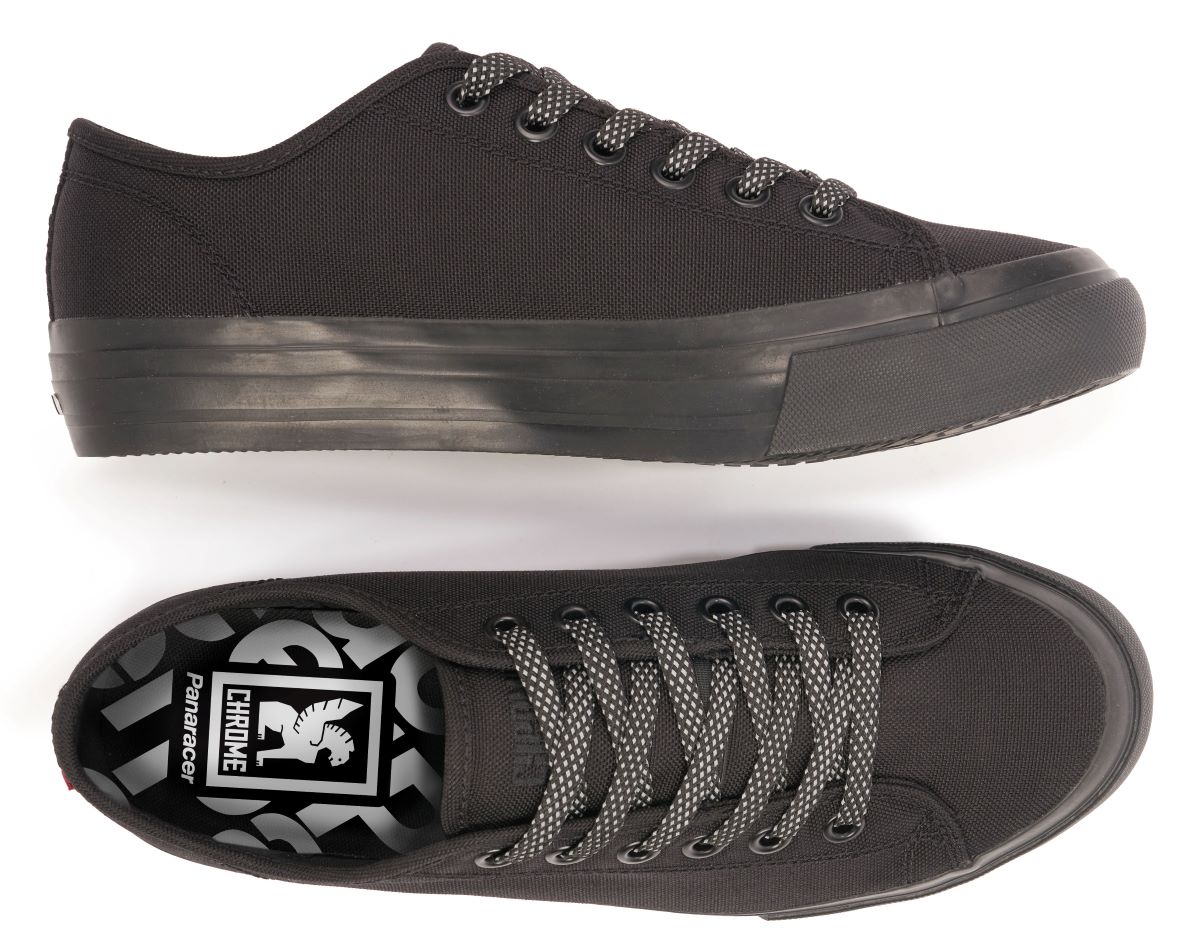 The widely worn Kursk Pro gets a recessed clipless mount, compatible with most two-bolt systems. Chrome makes the upper with hydrophobic nylon, intended to keep all elements out. The shoe gets Chrome’s FlexPlate, a rigid nylon sole that the brand says optimizes SPD performance. MSRP: $120. 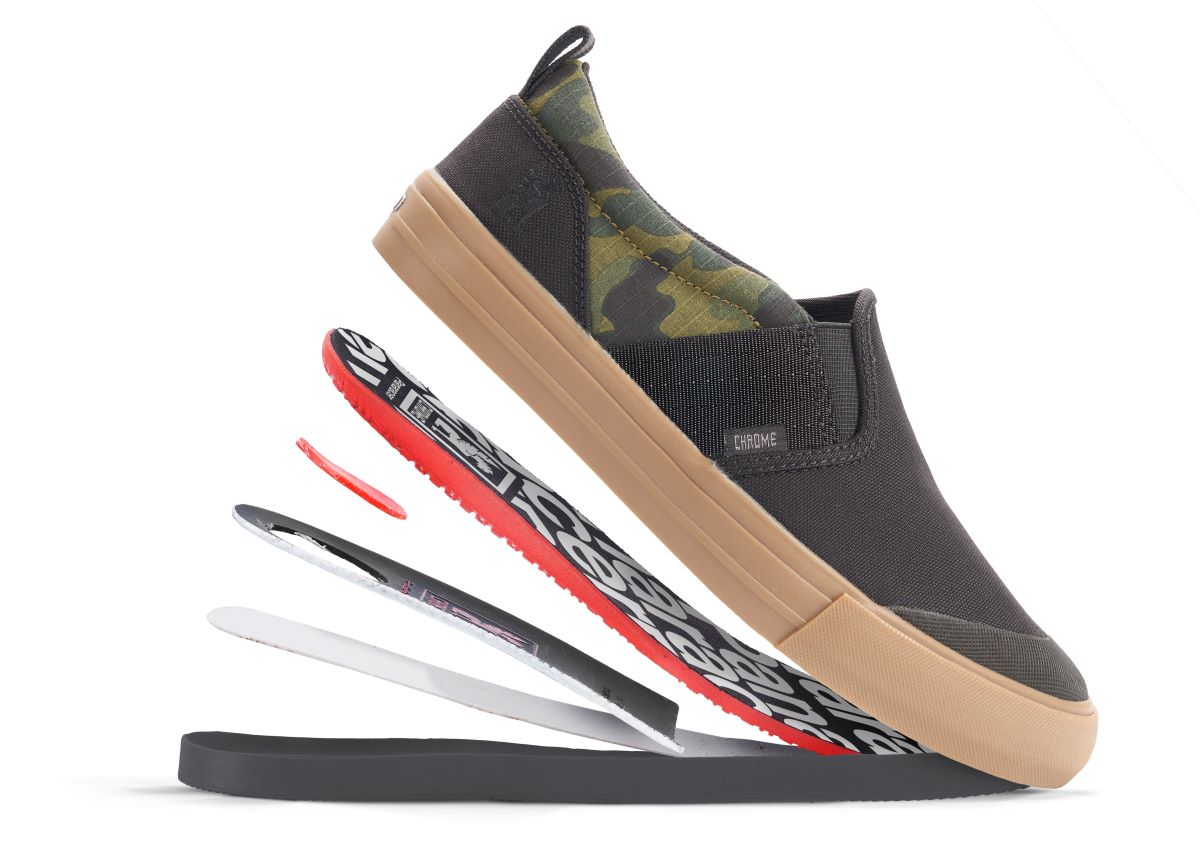 The slip-on Dima 3.0 gets most of the same treatment in a slip-on. It uses PowerPlate, a less specific sole insert built to balance pedal power and walking comfort. The toe bumper gives it a bit more substance and wear resistance over a typical slipper. Chrome uses an asymmetrical gore (elastic strap) to help the shoe stay secure and increase energy transfer to the pedal. MSRP: $95.

Two mid/high-top and one low-top iteration of the classic Southside also join the collection. Get the mid/high Pro variation for SPD compatibility. The whole Southside 3.0 lineup also gets careful touches like an asymmetrical heel to prevent heel clipping and a lace locker on the tongue — which can help prevent incidents we’d rather not think about. MSRP: $100 (low), $110 (mid/high), $135 (Pro).

Opinions and availability of the Chrome Industries bike shoe collection

The Chrome Industries bike shoe collection’s heavy construction and grippy Panaracer outsoles that have already impressed the crew at Gearjunkie.com, who recently test drove a pair for commuter riding. Adam Ruggiero and Mark Wilson also liked the reflective laces and noted the shoes were — surprise, surprise — a little heavy. 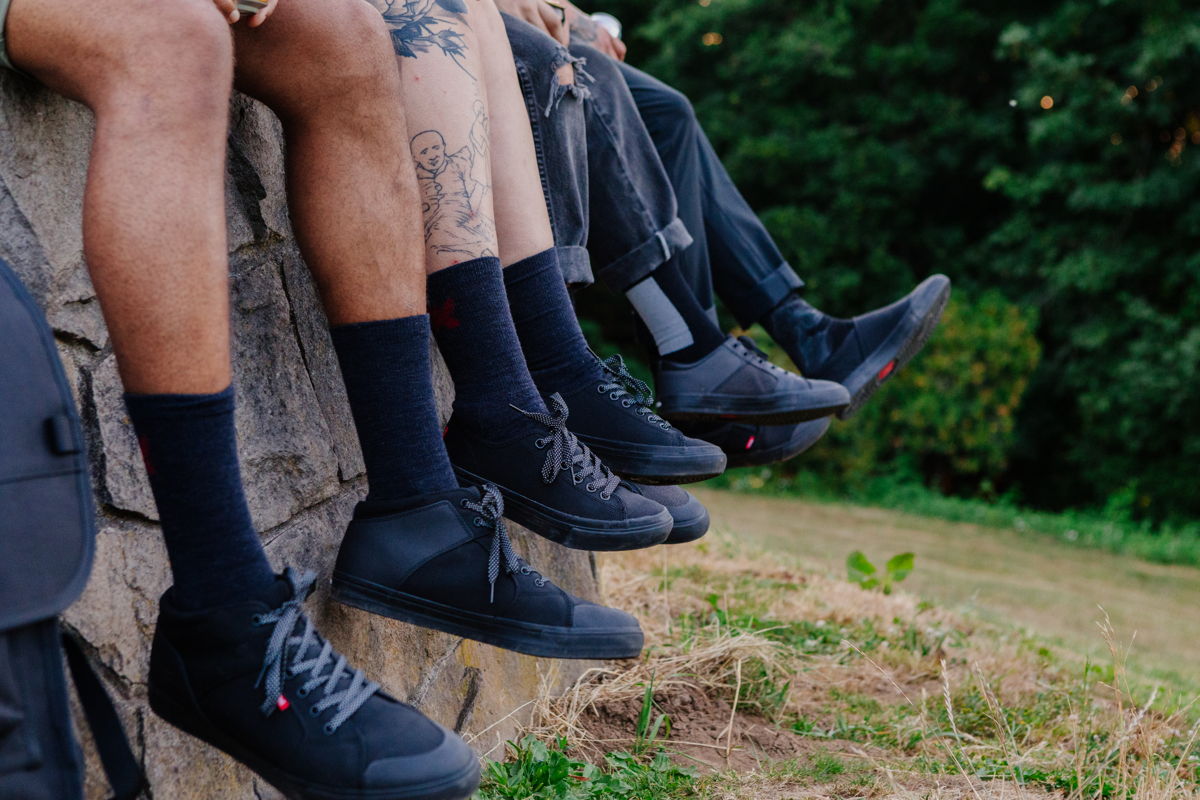 All models come in the various black/OD/camo tones featured above. If you’re looking for a clipless shoe that’s also casually wearable and consciously built, Chrome Industries bike shoes with Panaracer rubber look like a good place to start.

I dig the Southside on green but see it’s not on the website. Any idea when?

oops my mistake, green only avail in non-spd. Was looking at wrong one.

I’ve loved my Chrome shoes, but they get really heavy really fast during busy days at the bike shop- running up and down steps to retrieve repairs, tires, lunch, etc and they surprised me with how heavy they feel and are.

On their website they say go down a half size. Can anyone with a pair let me know if this is so?

Yes, I did order half a size down and the fit is perfect for me. Great looking shoes and the build is really good so far. It’s really hard to find clipless shoes that fit my casual riding outfit. Now I’ve found it!

Thanks for the reply Khao.