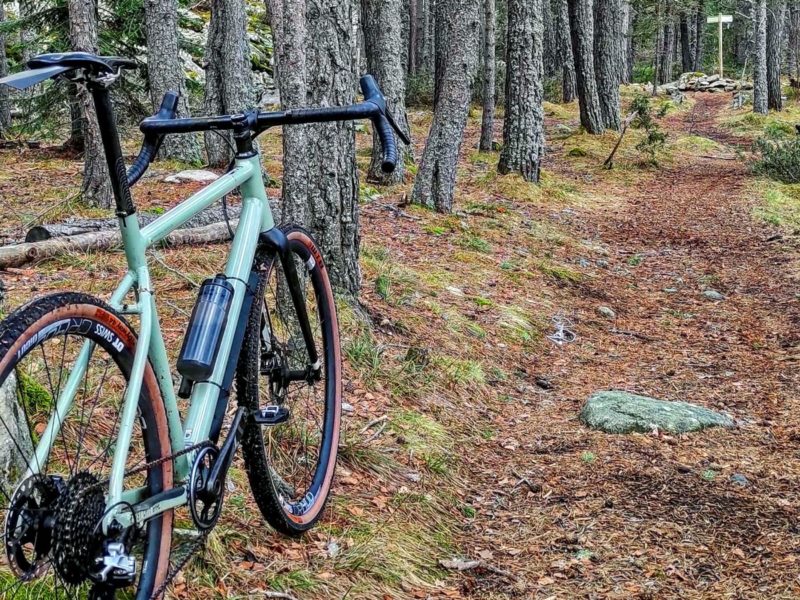 Commencal’s new FCB Gravel bike build highlights the versatility of their affordable alloy do-it-all bike, and the endless possibilities when you head directly to their frame shop. First imagined as a fast commuter bike that could do double duty on dirt & gravel on the weekend, one of Commencal’s product designers decided it was time to build his commuter up as a full-fledged gravel bike… 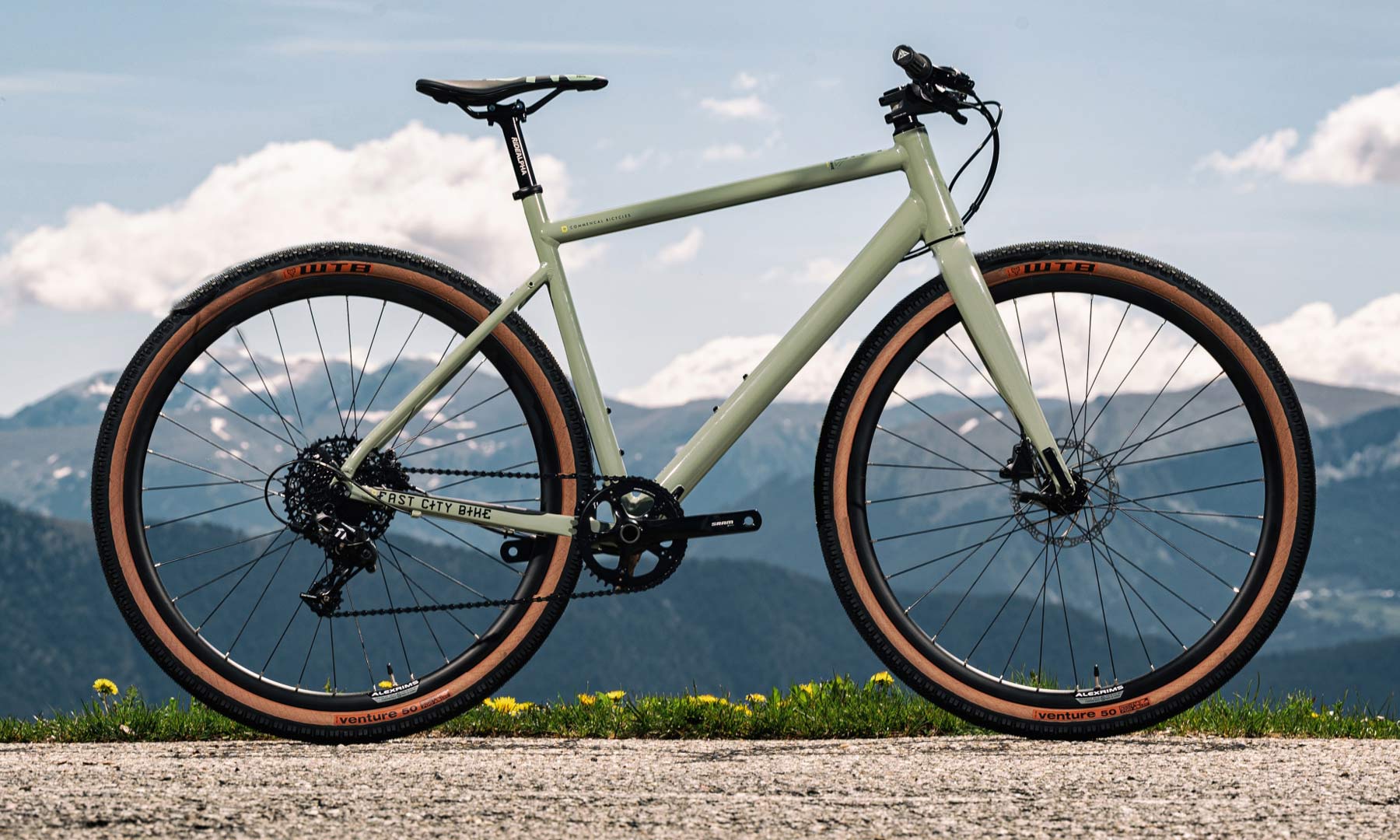 When Commencal launched the flat bar FCB as a fast city bike with 50mm 700c tires in summer 202, it was meant to give mountain bikers a runabout for everything from urban cruising to gravel riding.

Now for 2021, they’ve added a VIP Frame Kit option for the FCB, opening up more options for customized builds. 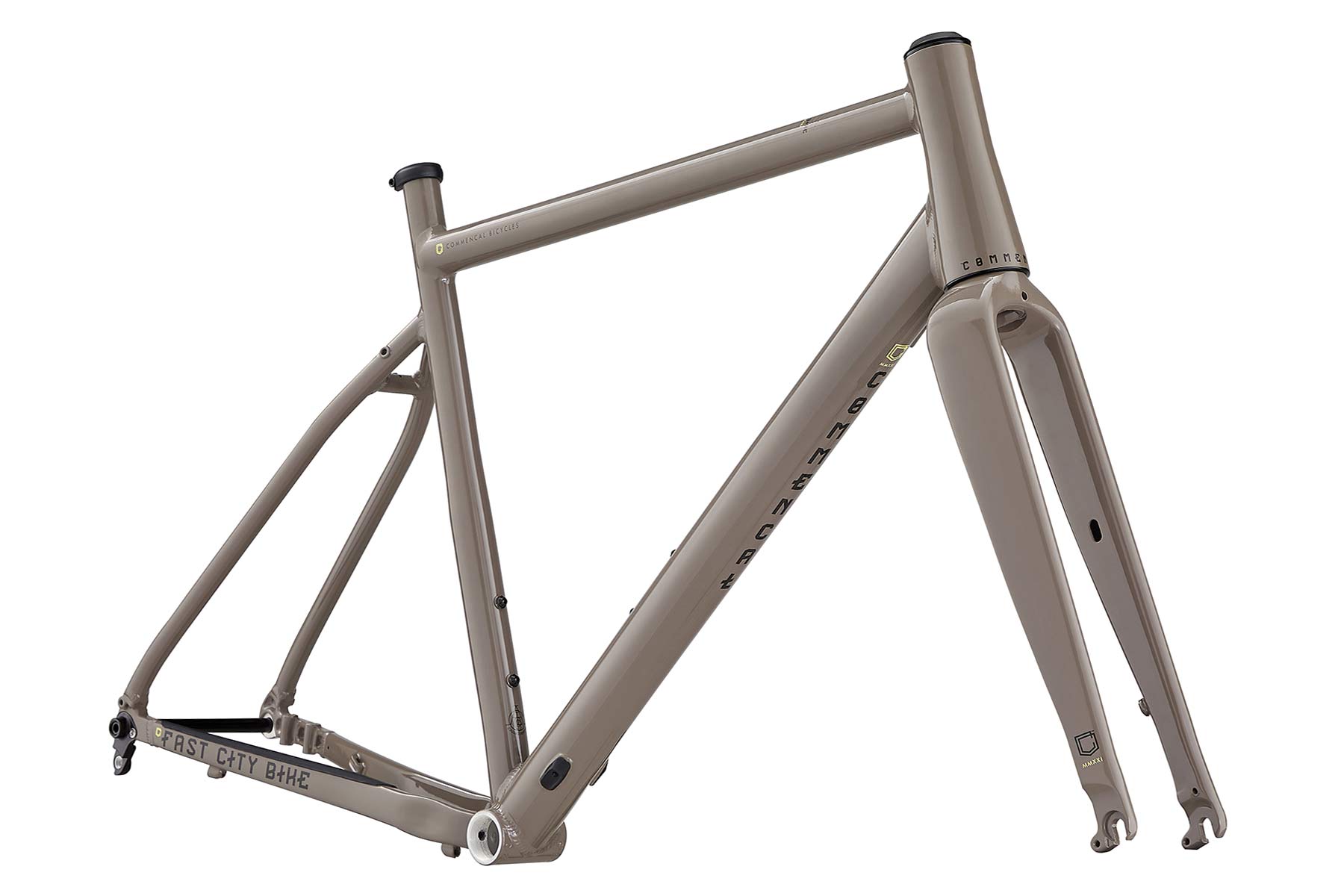 An off-road rider across pretty much every dirt discipline, Commencal product designer Thomas Moret spends a lot of time riding gravity bikes, but his FCB Gravel build harkens back to a sense of long rides exploring new landscapes.

He built his frame up for ‘the speed of a road bike’ with ‘off-road mode’ capabilities. He also uses the bike as a bit of a test mule, so it’s got a different fork than the standard alloy one here – in between testing different materials, offsets & even 40mm of suspension travel. 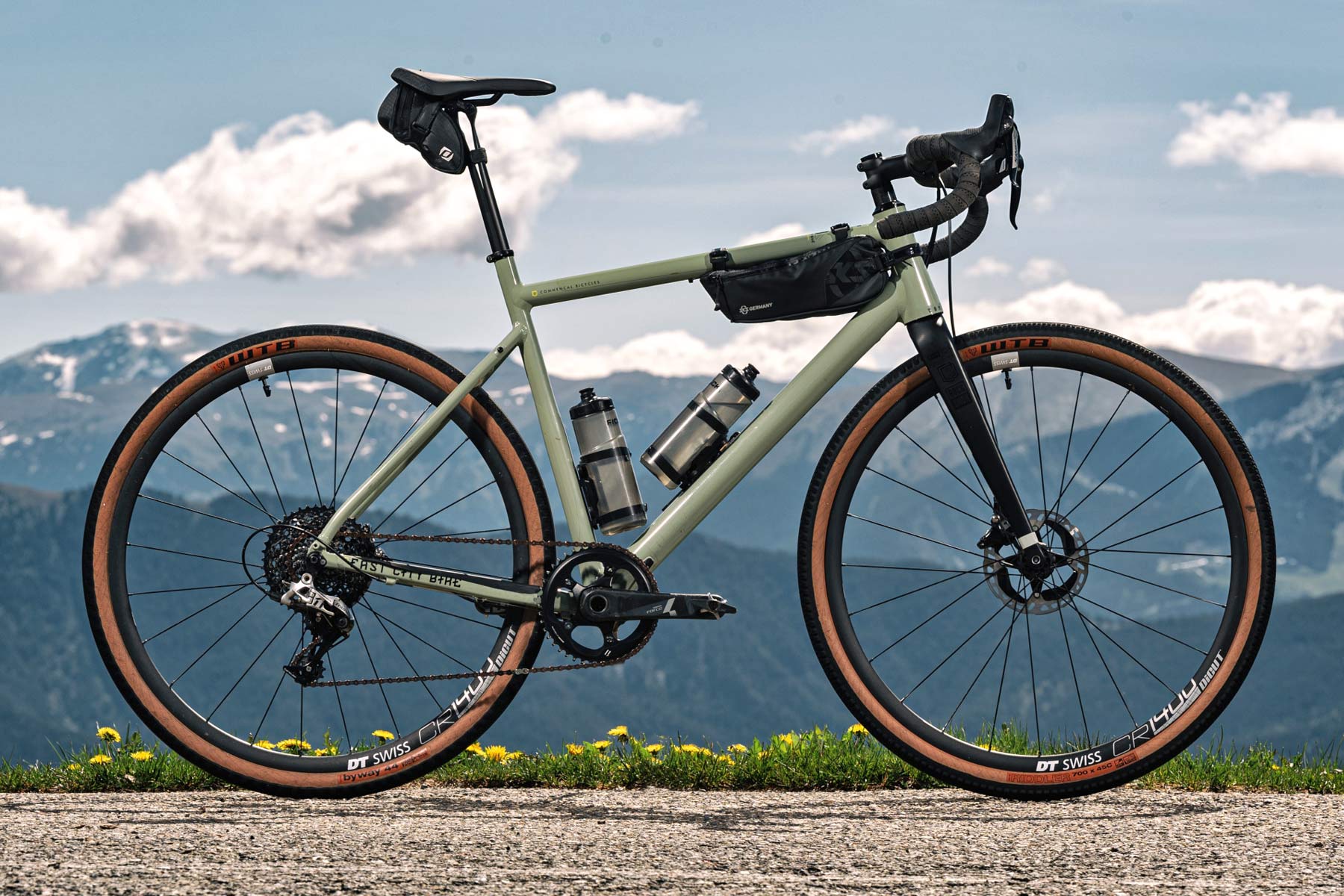 Not quite all the way towards bikepacking, Moret’s adventure-ready build uses a mix of SRAM Force & Rival 1×11 mechanical components (with Shimano rotors thrown in for “a smoother feel and more bite”).

His cockpit is a 52cm wide, flared PNW bar on a 70mm stem, and rolling stock gets sorted with DT Swiss CR1400 alloy wheels and WTB 32mm Venture/44mm Byway/44mm Riddler tires depending on the ride at hand. A small saddle bags handles tools & spares, and a mini frame pack hauls snacks & extra goodies on longer rides. 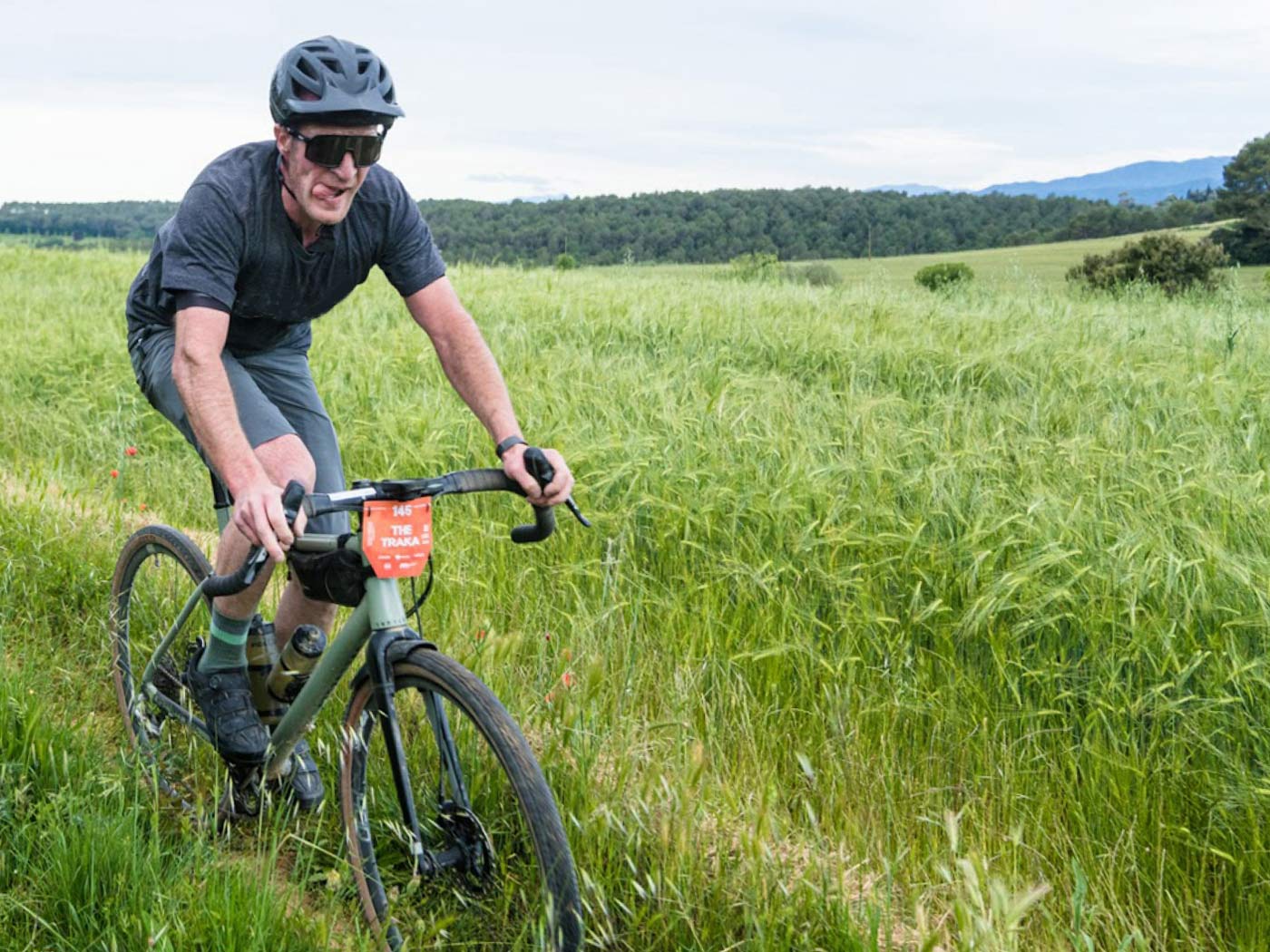 He rode the bike at Girona’s Traka 200 race back in May, with plenty more in his sights.

All images courtesy of Commencal, photos by: Nico Brizin / Thomas Moret / The Traka200 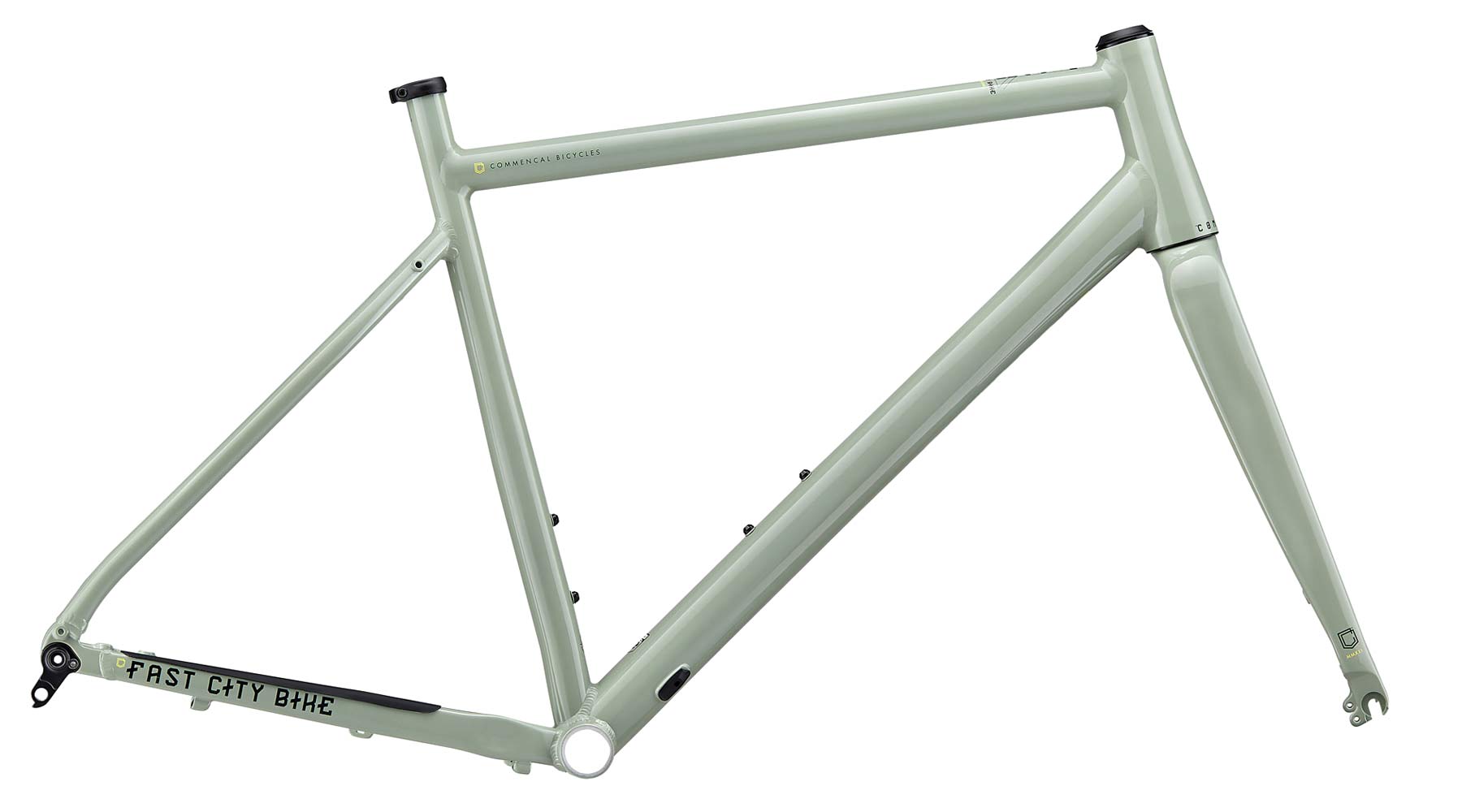 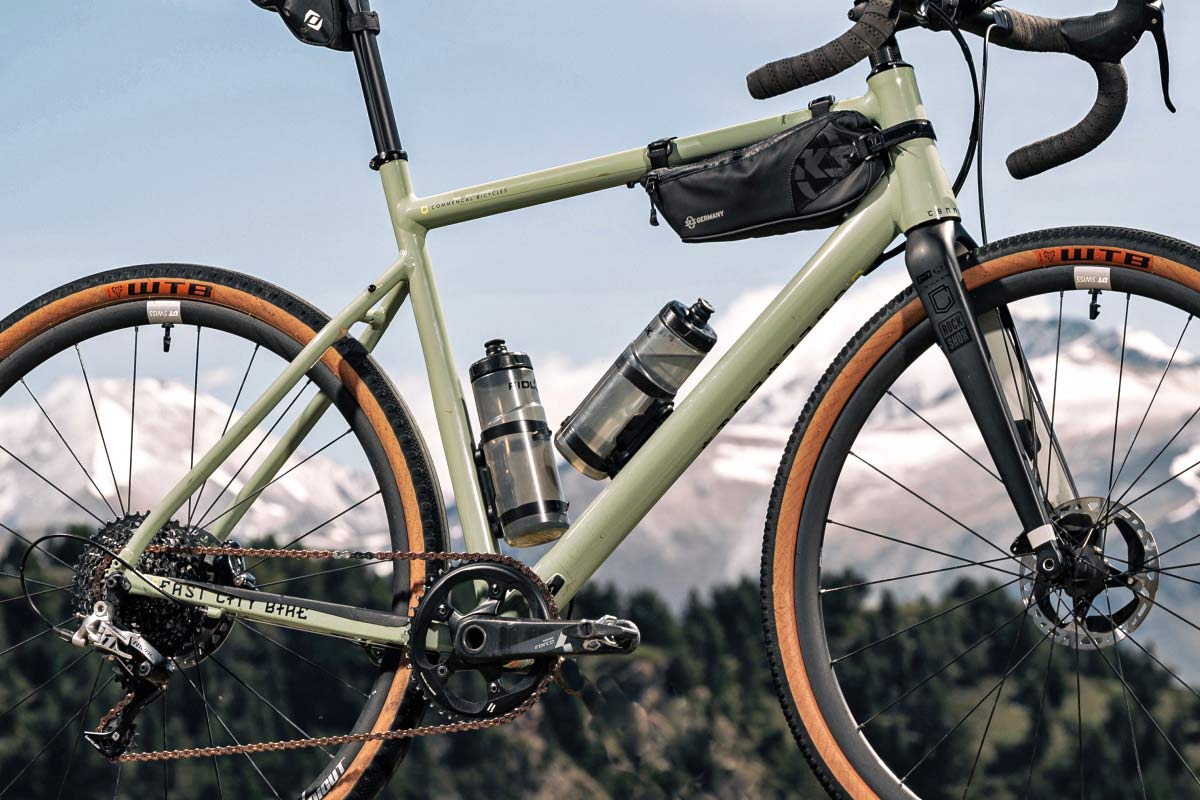 To build up your own Commencal FCB Gravel, start with the new 2021 Fast City Bike VIP Frame Kit, which sells for just 650€ including the alloy frame & fork, plus the internal Acros headset, alloy Ride Alpha seatpost & post lamp. The frameset is available in four sizes in theory, but only the M & L are currently in stock in either of the Dirt brown or Heritage green color options. 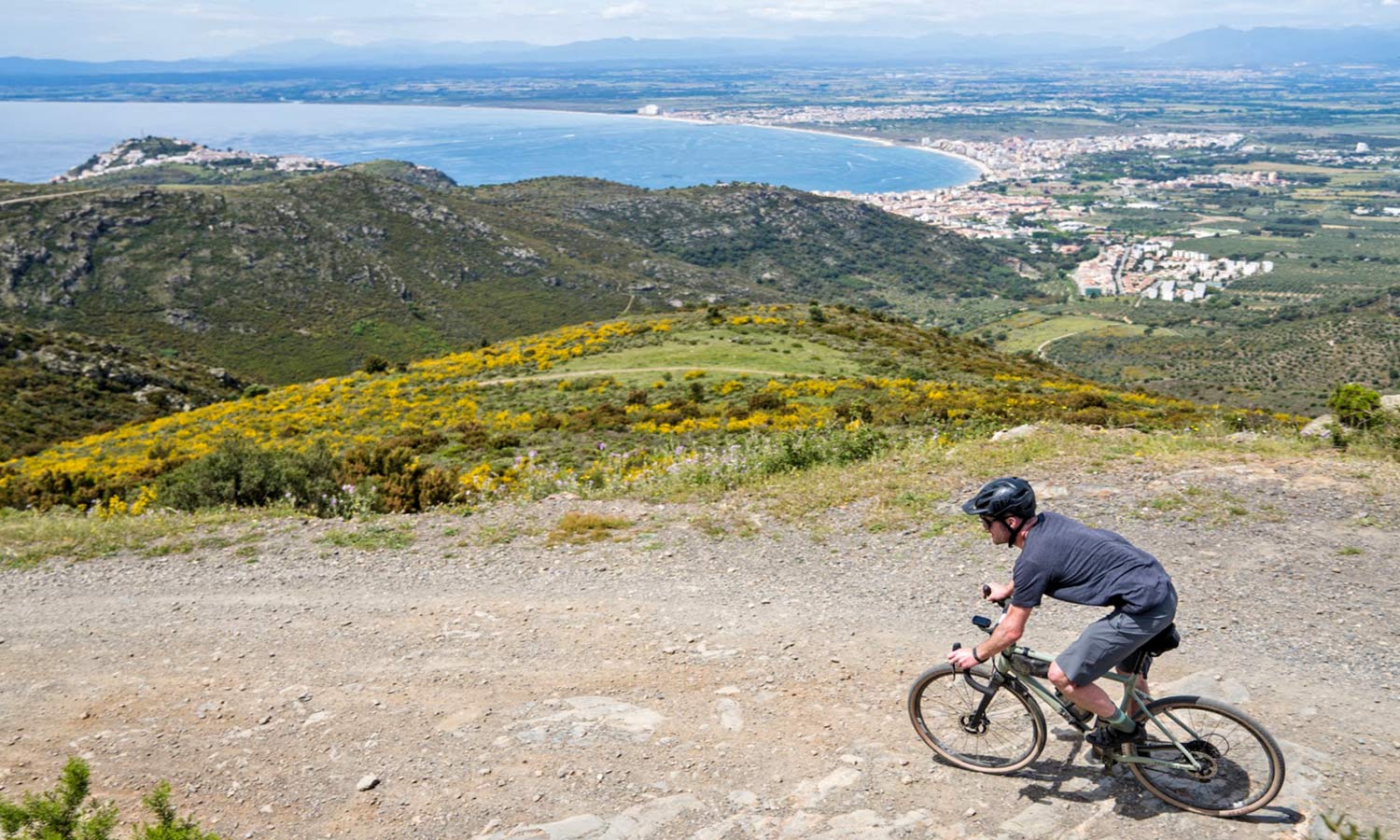 Pick up your frame direct from Commencal, then hunt down the best gravel cockpit, set of new gravel wheels, and gravel groupset (or gravel wheels & drivetrain combined?) to build your versatile do-it-all urban gravel commuter bike.

Can any bike wizards out there tell me if they think this would ride okay for smooth/light trail duty with a Fox 32 27.5 suspension fork? Beyond making sure it’s tapered, I don’t know what to look for when it comes to headtube size / fork compatibility… thanks! Got some old 27.5 crest wheels that I would run.

Been searching for a mtb hardtail frame for a project build with various 27.5 parts I have lying around. But it seems xc mountain bikes designed for 27.5 with 12×142 spacing are essentially extinct.

@john the crown/knobs might hit the downtube. Most MTB downtubes are shaped to avoid that

I don’t understand a rear TA with a front QR. I get that it makes the fork cheaper to build but why? It seems like they wanted to fork to be a throw away item?

I’ve seen Cannondale do it the other way around (through-axle fork, QR rear) on their CAAD12.

Realistically though, if done up tight enough, QR skewers deliver clamping loads that are sufficient for disc brake road bikes – and YouTuber Peak Torque has tested this. In real-life experience, my 2014 Giant TCX has QRs front and rear, and brake rotor rub hasn’t really been a problem apart from one or two occasions. Going back to the CAAD12 as an example, brake rub is much less of a concern on the rear wheel, so retaining QR dropouts at the back doesn’t have many disadvantages.

To me, the real advantage of through-axles is improved repeatability of wheel fitment. With QRs up front, I had to get used to turning them a specific number of times (six, in my case) before operating the cam lever to clear the lawyer lips on the fork. A through-axle takes that thinking out of the equation.

If you have convertible hubs and a QR fork, the DT Swiss RWS 9/10 mm ratcheting skewer might be an option. I put one on an old mountain bike and it seemed to help.
https://www.dtswiss.com/en/components/hubs-and-rws/rws/9-mm

A good internal-cam QR skewer(Shimano) can also be an upgrade if the wheels come with flimsy skewers.