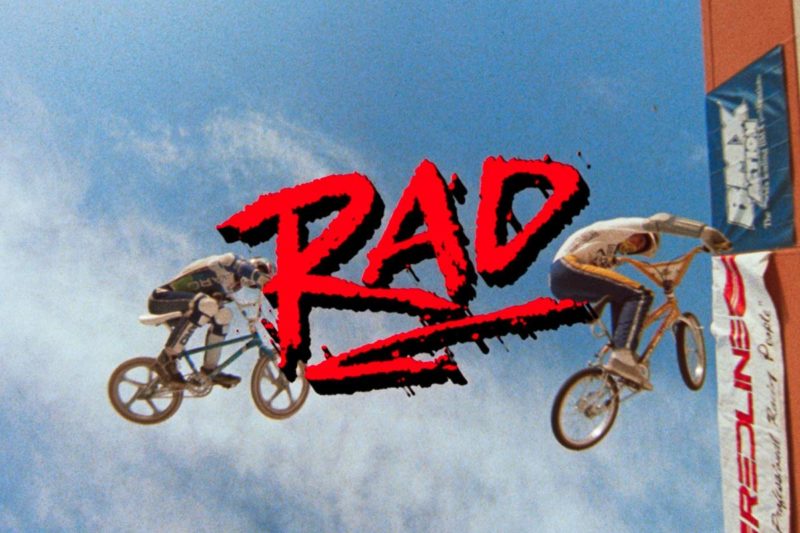 Flash back to 1986 and BMX reigned supreme in the collective consciousness of kids everywhere thanks to RAD, the movie that made bicycle motocross a widespread sensation. Whether you wanted to trick and freestyle in the streets, hit the ramps and parks, or rip through trails, the flick inspired a lot of kids to get into the sport.

Fast forward nearly 35 years and Vinegar Syndrome has remastered it from the original 35mm negatives to create a 4K Ultra High Definition Blu-ray release. The only problem? They’re already sold out, and they’re not making anymore. But…

As one would expect, they’re already on eBay, with “or best offer” prices around $145 and bids currently floating around $86 and up (as of this post going live). So, you can still get one, but it’ll cost ya. In the meantime, enjoy the trailer to relive just a bit of the glory.

Check out the official release site for more details.

Thanks for the update br!

Come on Tyler. Don’t be so lazy. Rad is available on Vudu and other streaming services. I just bought a digital copy in 4k for $10.

from what service did you buy your digital copy?

I bought my digital copy on ITunes for $14.99… Why is everyone going so crazy over the disc???

because the quality is much better than streaming. You don’t own the streaming….really. The disc has extras. (deleted)

It’s a BMX classic who would not want this

Astonishing. One of the worst movies ever made and unpredictably it managed to sell 12,000 copies. I wold doubt that 12,000 people had even heard of this film, never mind seen it!!!!!! Another company will get the rights and make more copies if they don’t. Doesn’t sound like a great business decision not making anymore.

Most probably bought to flip on ebay, it’s what the world does now.

Lol at all the commenters dissing this saying they can get a digital copy. You’ve all been fooled. Digital copies are compressed and not true uncompressed 4k plus you are a slave to specific devices like Apple to watch them on. The digital providers can also remove the content at any time due to licensing expirations. Physical media ownership for life all the way.