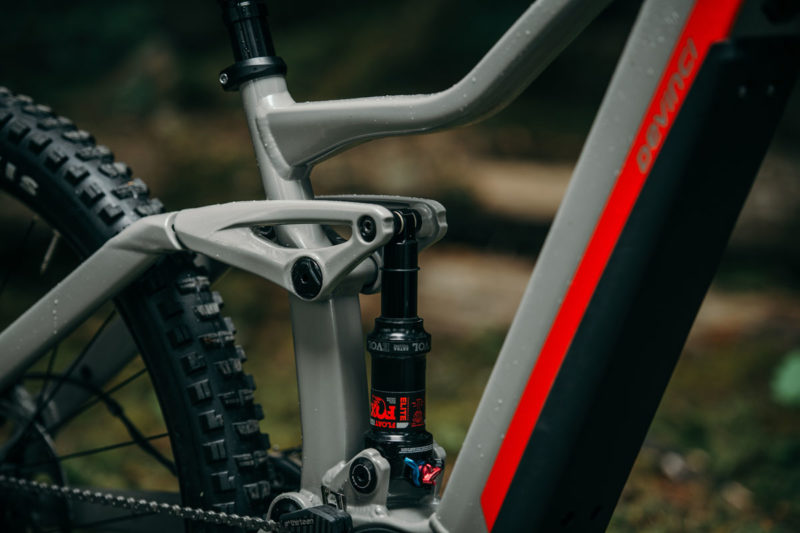 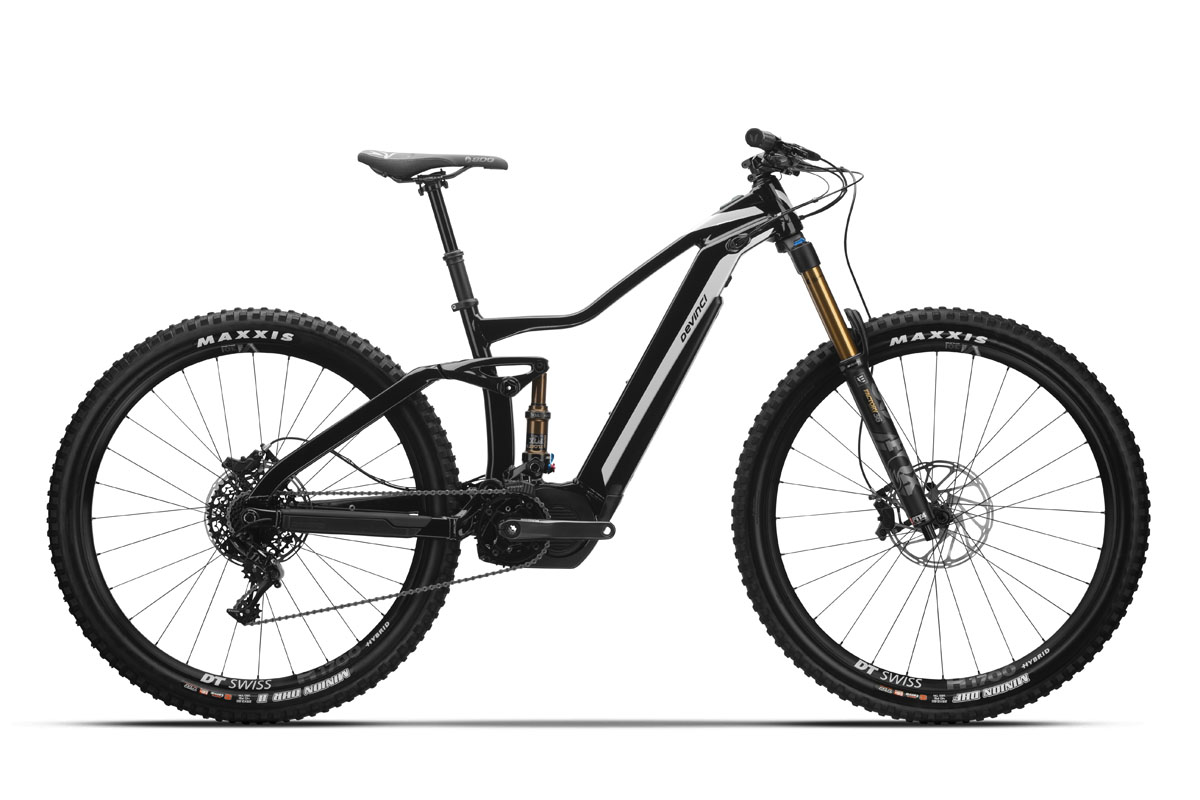 Prefer human power only? Then you’ll want to go straight to the story on the new Devinci Django. Don’t mind a bit of assist now and then? Well, then keep reading as Devinci also has a new range of e-bikes that launched along side of the Django. 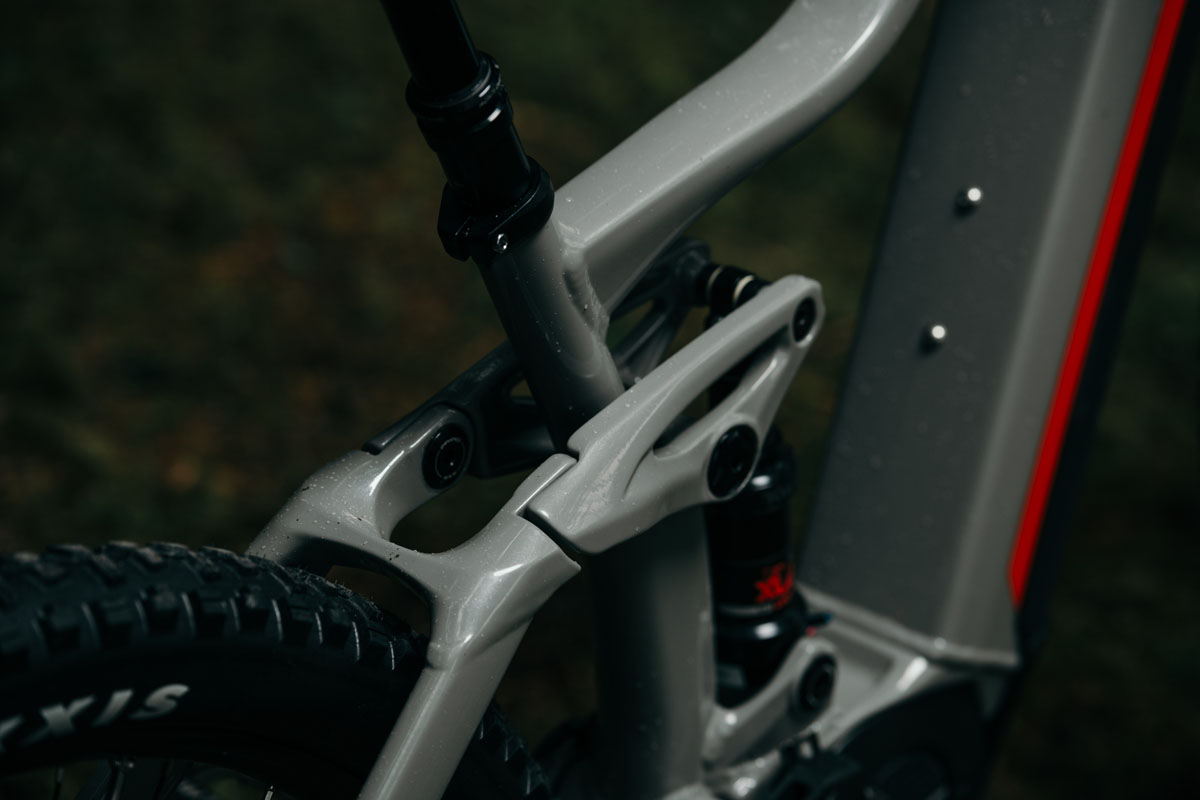 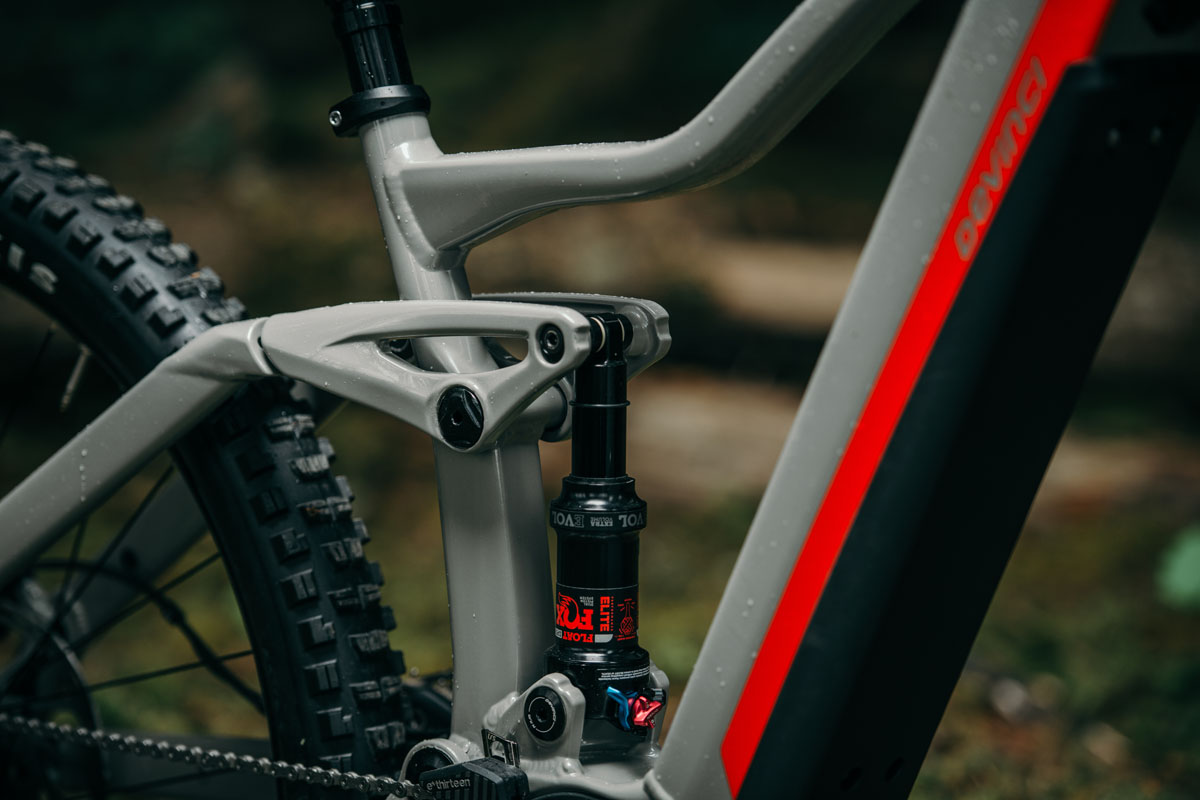 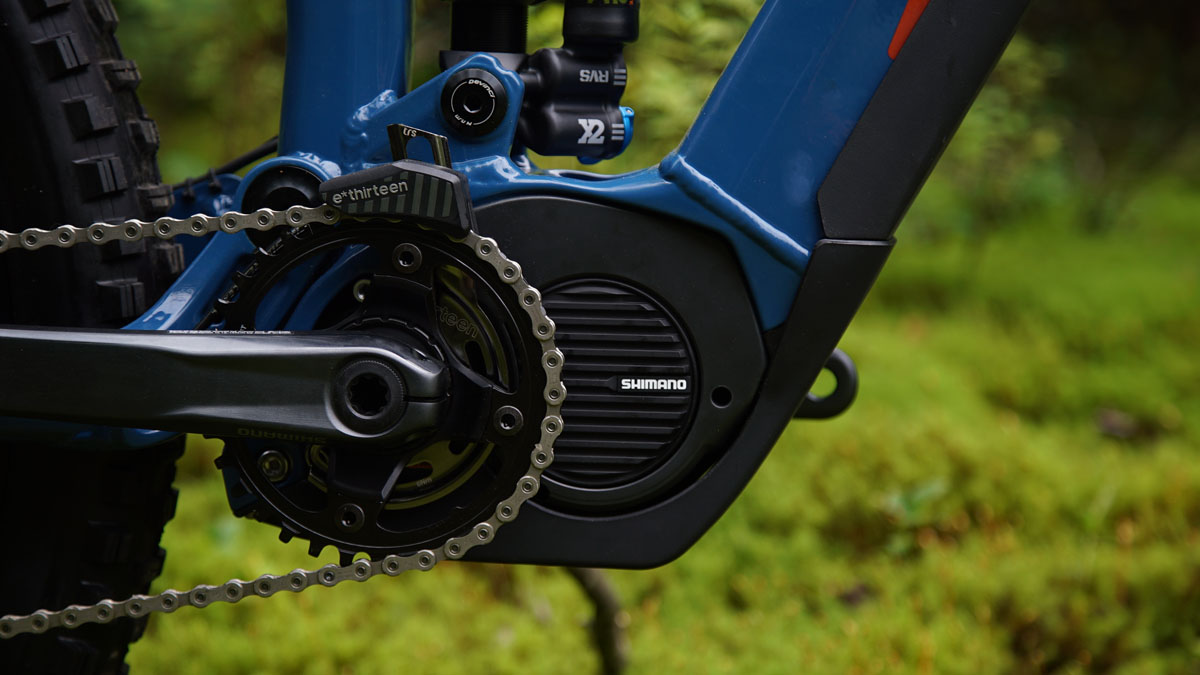 In terms of the frame design, the EP, DC, and AC e-bikes actually share a number of visual cues from the aluminum Djangos. Made in Canada from 6066-T6 aluminum, each frame uses the Split Pivot suspension design with a redesigned linkage and flip chip to adjust the geometry. A 504 WH Shimano STEPS battery is concealed in the downtube, and each bike makes use of the Shimano STEPS E8000 system with a 250W drive unit. All three models also include an e*13 chainguide for the STEPS drivetrain. 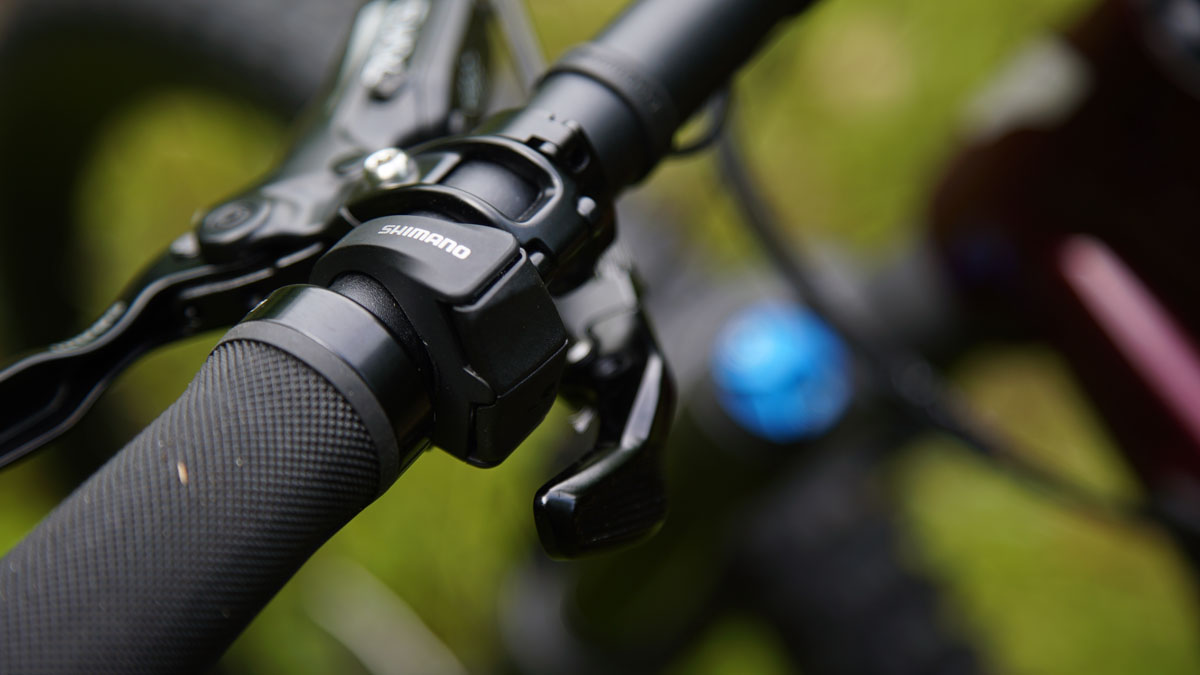 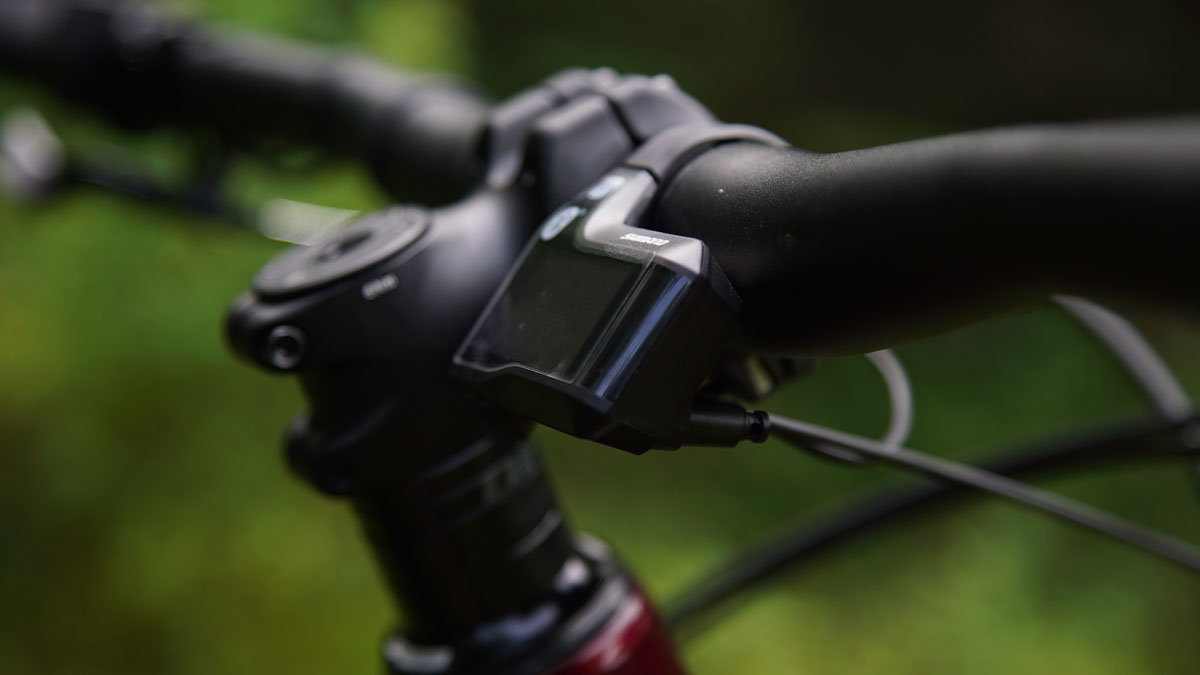 The switch gear is kept simple with a Shimano two button switch on the left side, and the STEPS display mounted next to the stem. 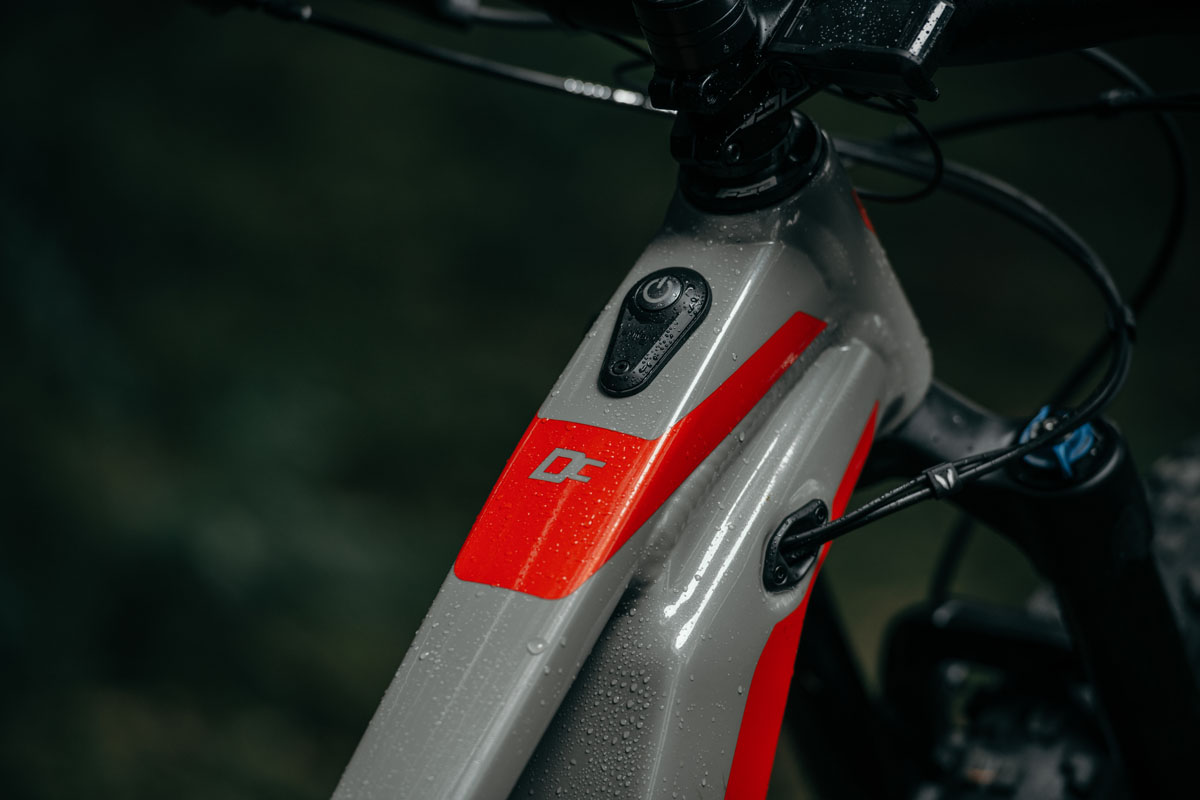 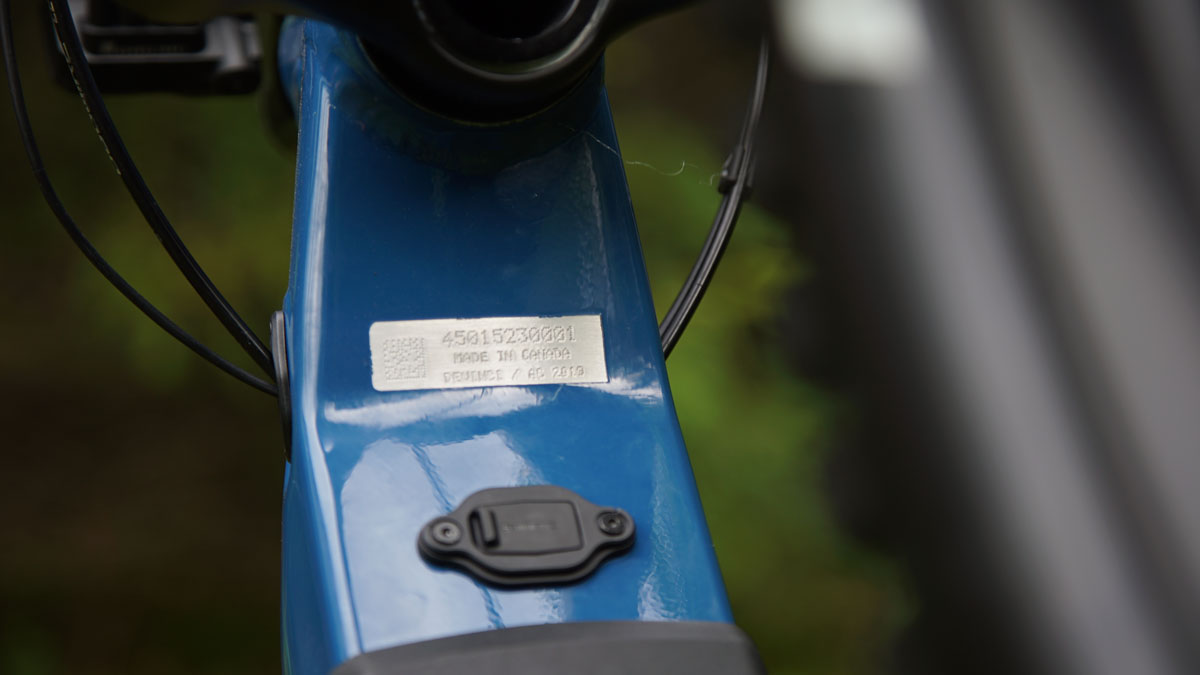 The power button is conveniently located on the top tube, and the charging port is underneath near the head tube. 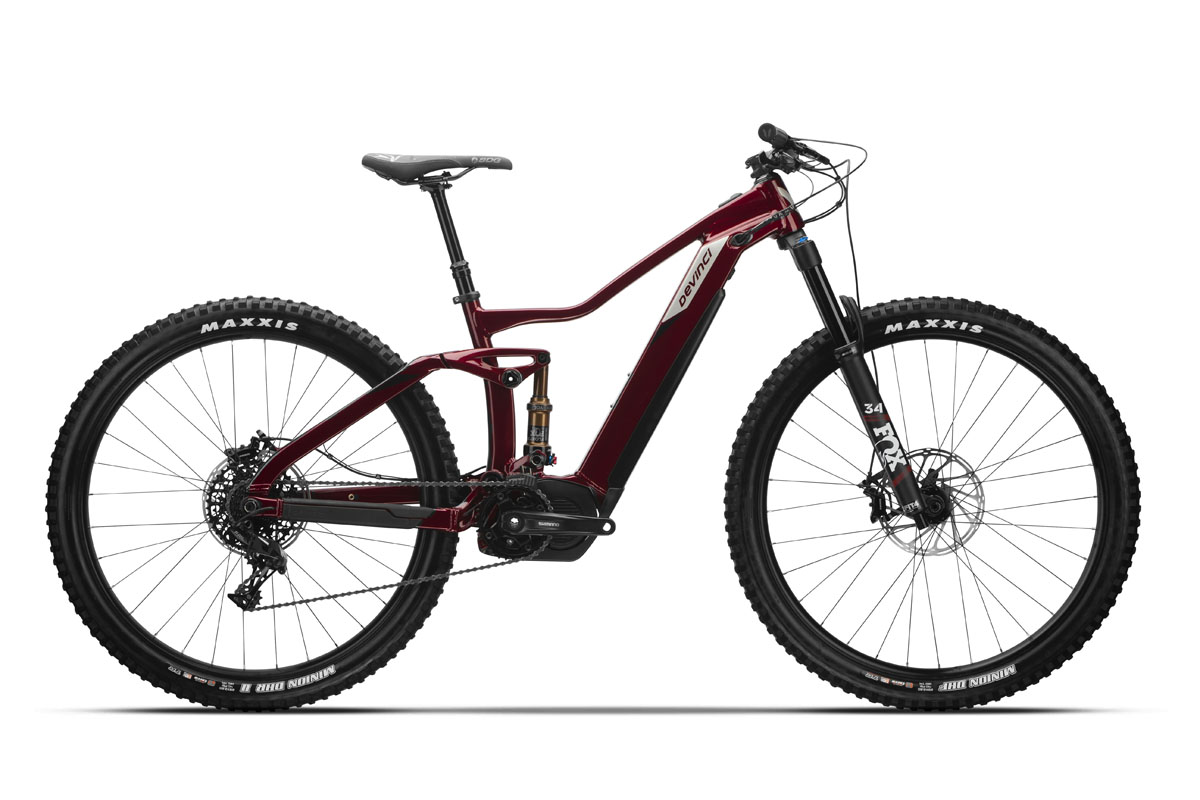 The shortest travel offering, the EP is closest to the new Django with 130mm travel in the rear and a 140mm travel fork up front with 29 x 2.6″ tires. Unlike the Django, the EP and all other e-bikes use 148 x 12mm Boost spacing instead of SuperBoost. The geometry is also similar to the new Django with an updated modern fit that includes a 66.5° headt bue angle and 76.5° seat tube angle. Only one EP build will be offered in NX 11 speed with a retail price of $5,499 and a claimed weight of 54.15lbs. 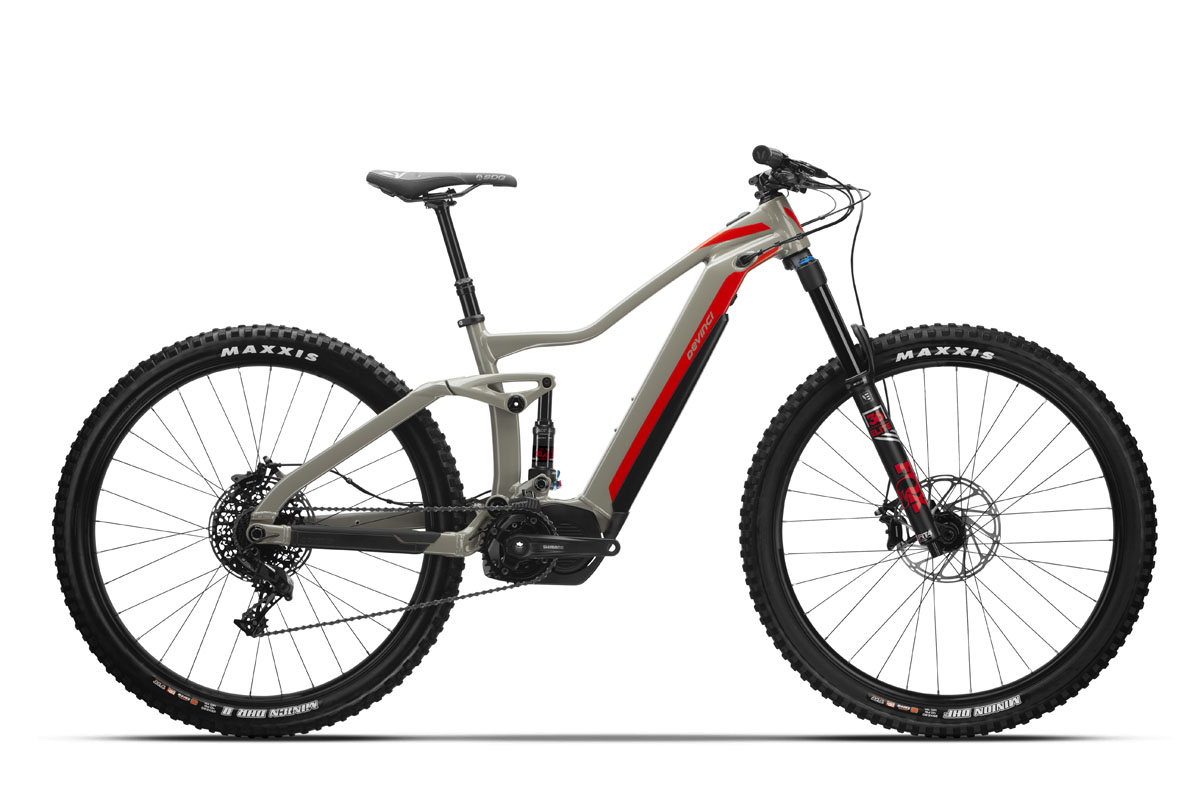 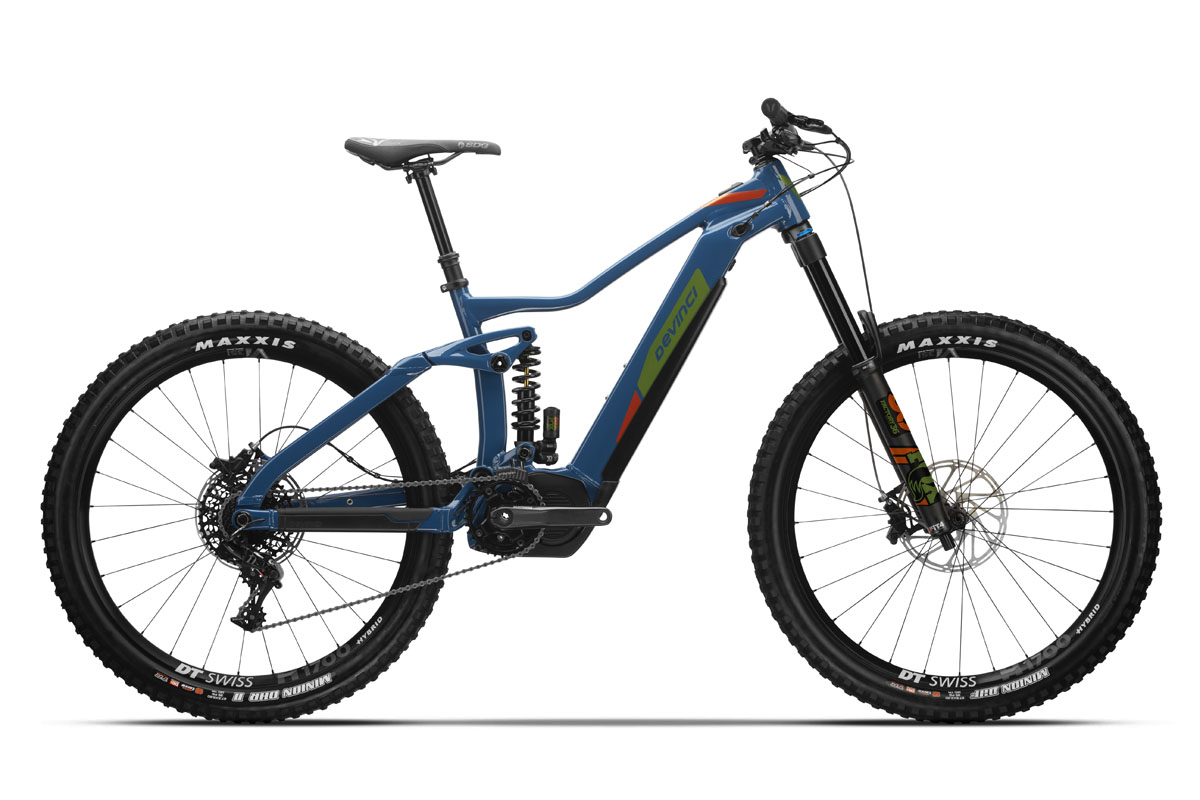 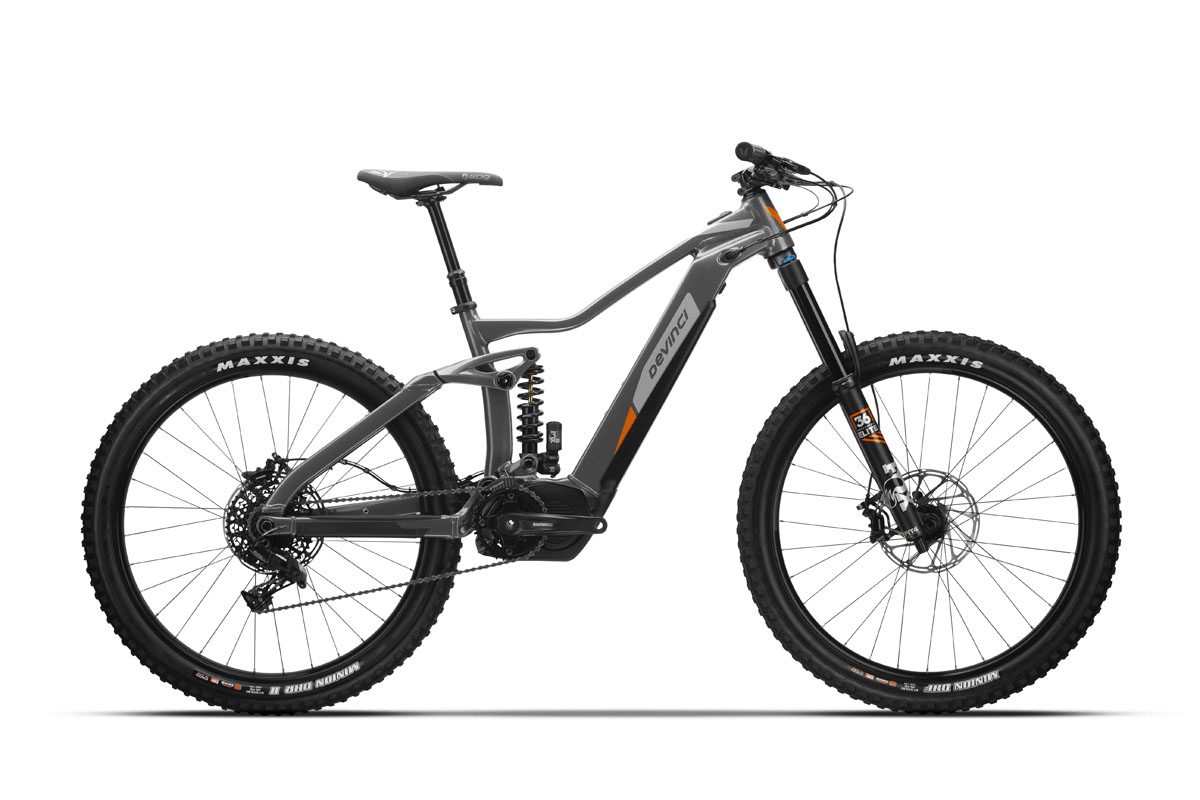 Finally, the alternative to DC is the AC – an enduro bruiser with 170mm travel out back and a full 180mm up front. The frame even runs a Float DHX2 coil shock in the rear to show that it’s serious about descending. The AC is also the only bike of the bunch to run 27.5 x 2.8″ wheels and tires and is the slackest model with a 65° head angle and a 76.1° seat angle. It also comes in two builds, the NX 11 speed version will sell for $6,099 and the GX 11 speed version adds a grand for a $7,099 price tag.

All three bikes are made in Canada and include a lifetime warranty through Devinci.