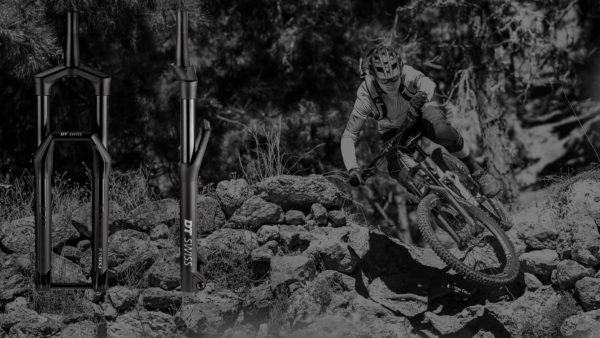 Quick: What’s the holy grail for mountain bike suspension? If you said supple small bump absorption with simultaneous platform-like support and big hit management, you win. The problem with such things is that getting one usually comes at the expense of another. Things have gotten pretty good, with volume spacers (including dynamic ones like those from Formula and MRP) and speed-sensitive damping working a lot of magic. But DT Swiss wanted more, and now they’re showing off a new fork and shock pair with what they’re calling “Holistic Suspension” technology. 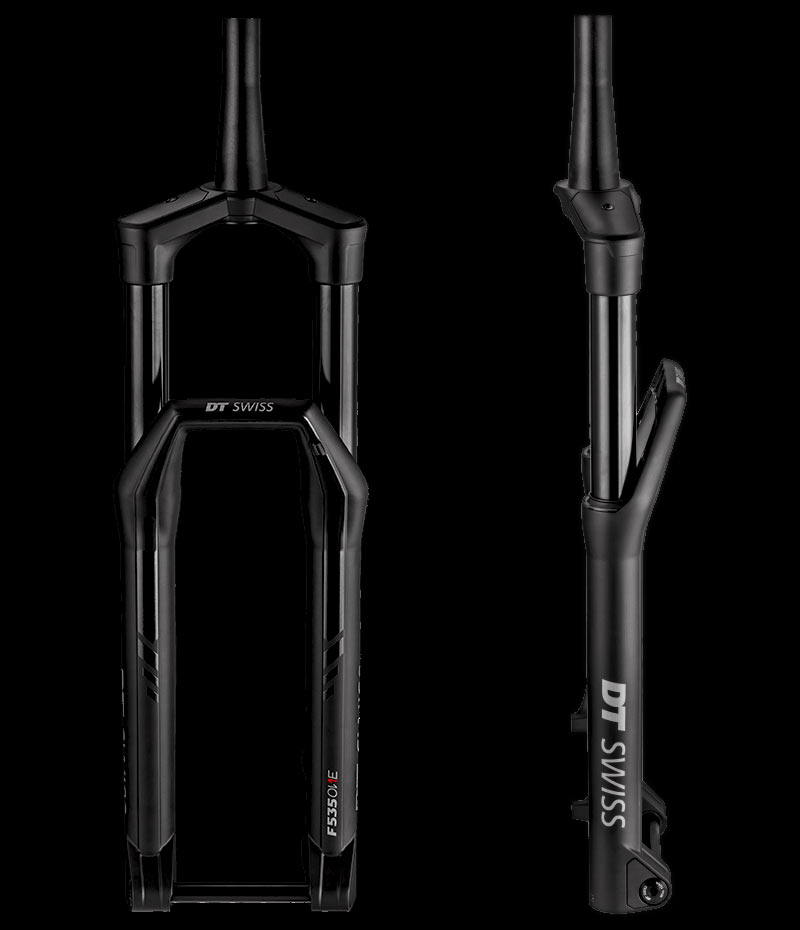 The other challenge is to make the suspension work equally well across a range of disciplines and riding styles. If you lump XC, trail and enduro riding into the “All Mountain” category (which, you know, is kinda like what we used to just call “mountain biking”), then you can design around all of those uses. Which is what DT Swiss has done here, but with travel and tuning options tailored to the narrower classifications.

It does this by combining a new damping system called PlushPort with a combination air- and coil- positive spring. For the first 30mm of travel, the coil spring soaks up the bumps as only a coil can. There’s no breakaway force required and no stiction, so it can react immediately and fully to all small bumps. Once you’ve maxed that out, the air spring kicks in to offer the progressive spring rate that prevents a harsh bottom out.

On the damping side, the PlushPort uses a floating needle (piston) to keep a low-speed compression port open for more oil flow (softer fork, less damping). Once you hit something bigger, the increased impact size pushes the needle over part of the PlushPort, reducing flow rate to increase damping. It’s doing this about 1/3 of the way through the travel, hence the “position specific” tuning aspect. In the last half of the travel, that needle is pushed in front of the PlushPort completely, closing it off and forcing all of the oil through the high-speed circuit. 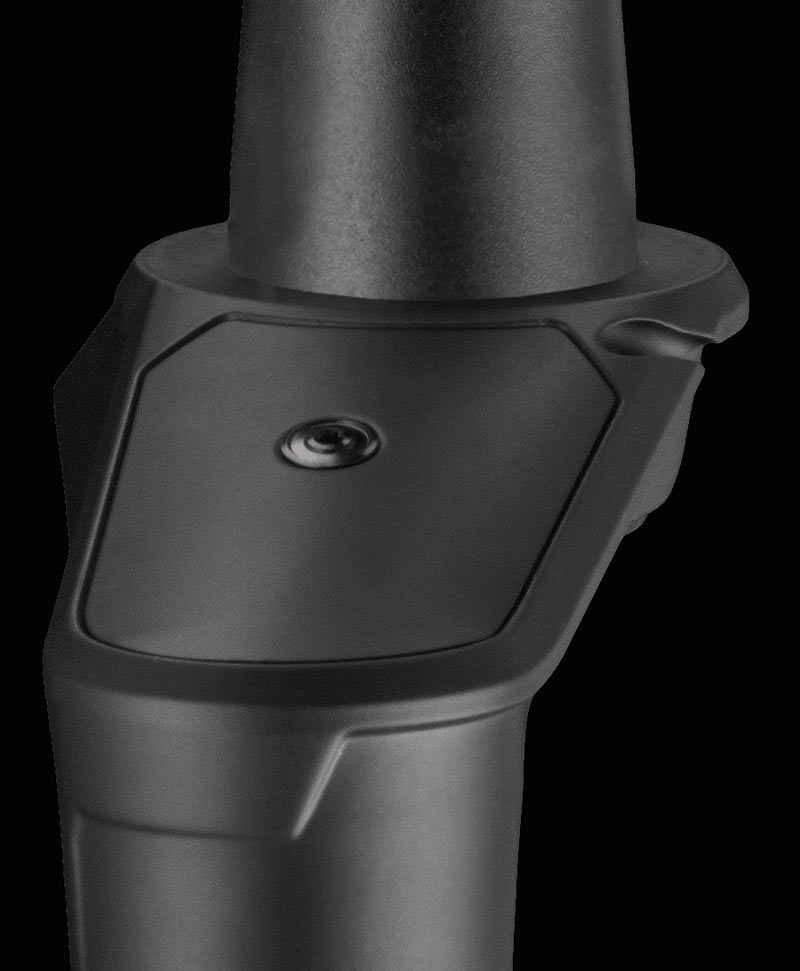 They say it has an oversized positive and negative air chamber, which allows for a more linear stroke. Air volume spacers are included and can be used to tweak the progression curve for the last third of travel. Cover plates hide the air valve and provide a smooth, clean appearance. 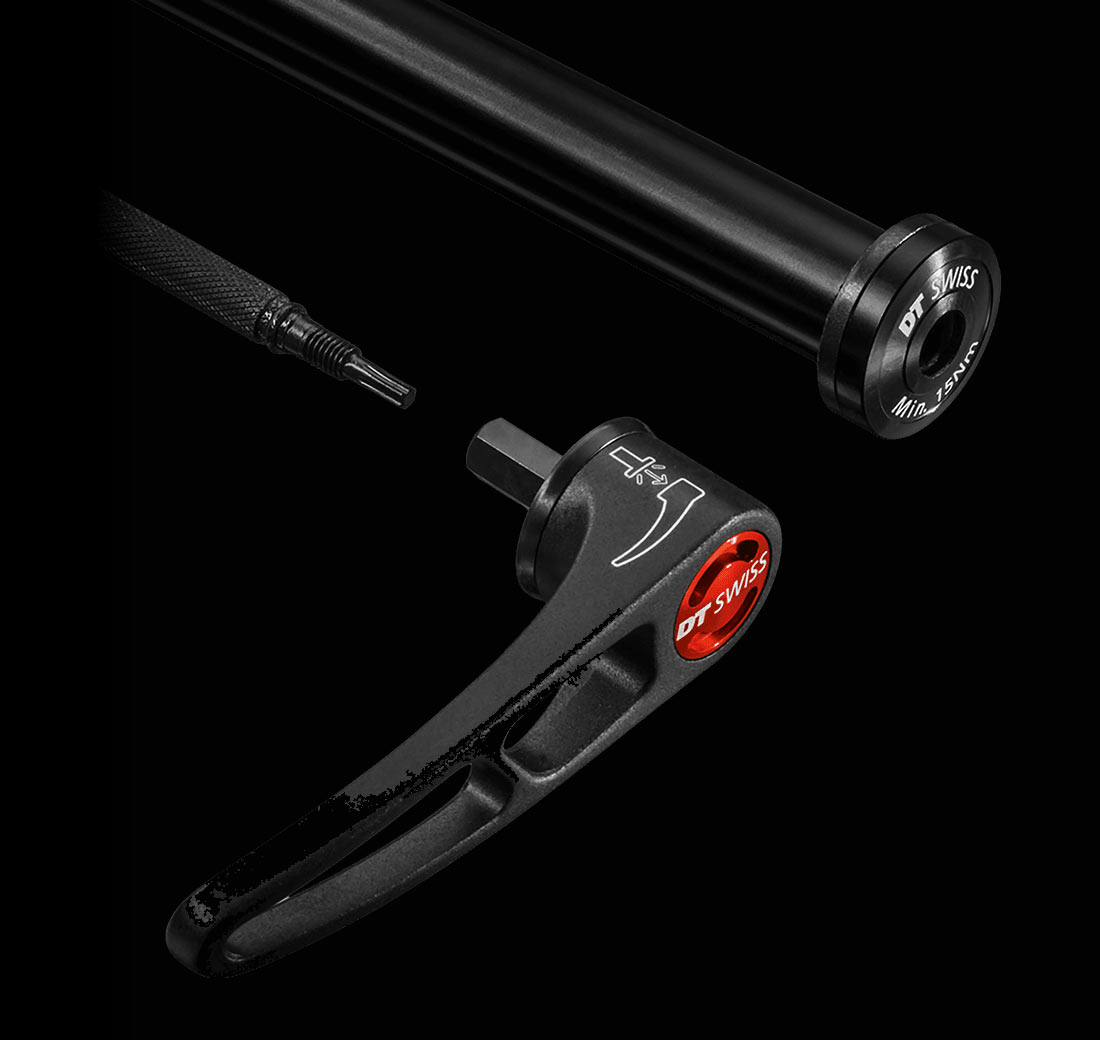 Their RWS thru axle has a removable lever that includes the bit needed to install or remove the axle, and has an included Torx bit to adjust the low speed compression setting: 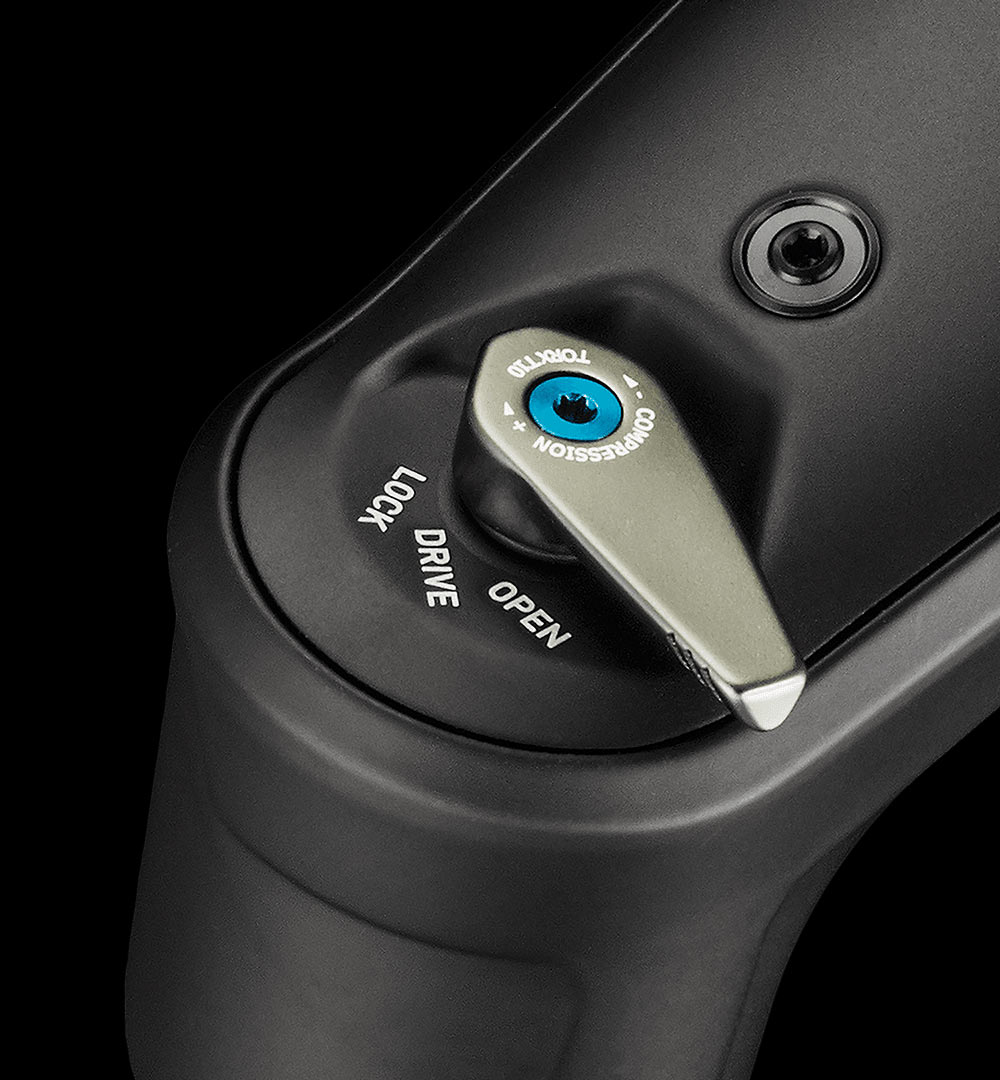 Within that system, you still have external control over the when, where and how it works. A tooled compression adjustment gives you fine tuning over low speed compression damping. The lever has the usual three primary low speed settings giving you a locked, pedalably firm and fully open setting. 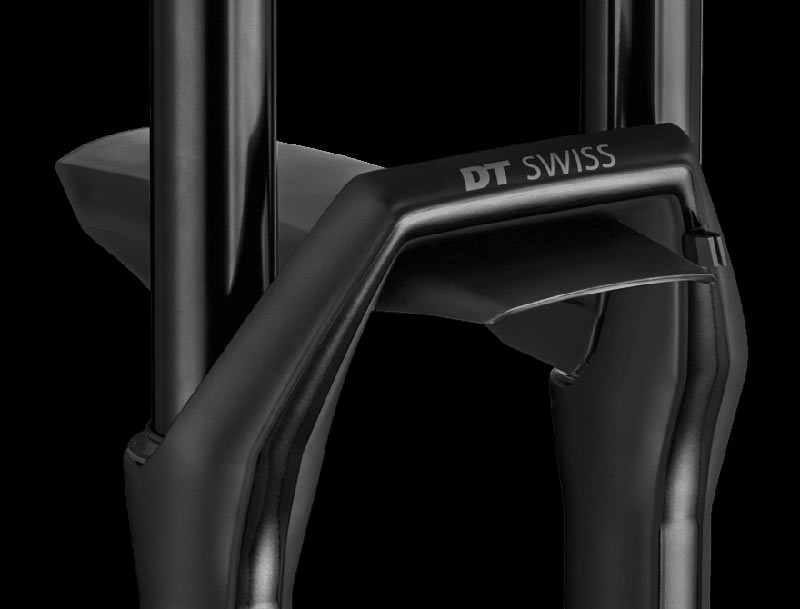 A removable fender integrates into the design with hidden mounting bolts. It’s a flexible plastic, and thanks to the integrated shaping does not reduce tire clearance. 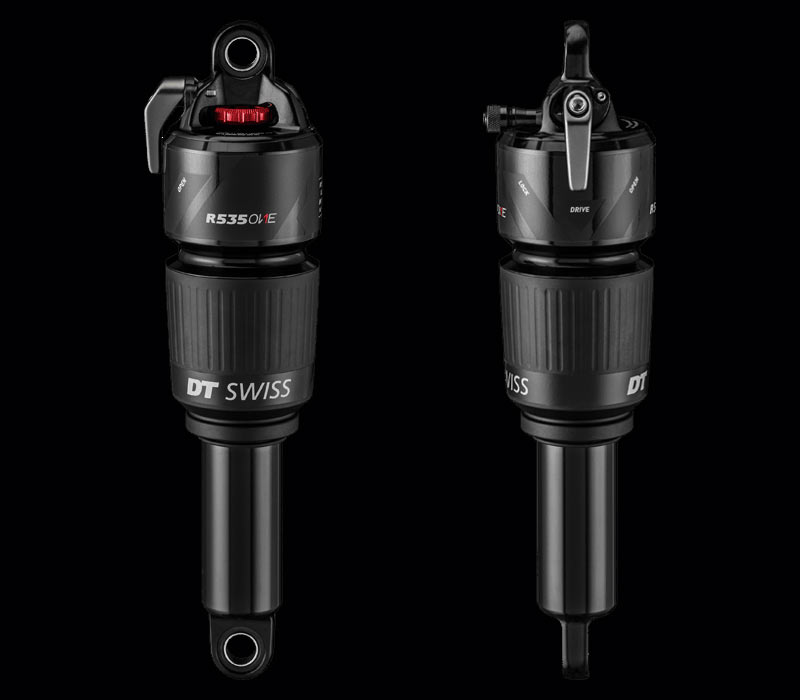 To match the performance more closely on the rear of the bike, the new R 535 One rear shock also gets large volume positive and negative air chambers, but with the standard three position compression adjustments and low speed rebound knob. Average claimed weights are 261g as shown and 291g with remote lever. Look for 14 different stroke/length options between the standard and trunnion mount versions.

If all that sounds like a lot to figure out, don’t fret. They’re working on a smartphone app that’ll help you configure your settings based on the travel, riding style and terrain. Look for that later this year.

Let’s hope they or their competitors are able to bring similar tech to lower price points. 1500 euros is a heck of a lot for an MTB fork.

i
Reply to  Tim

Manitou did that 20 years ago – this is just a really expensive version of their TPC+ damper. Position-sensitive damping was just as stupid an idea then as it is now. Unfortunately in the bike industry, we often have suspension designed by people that don’t really know much about it, sold to people that haven’t really thought through implications of things like this.

A Lyric with an Avalanche damper, I promise, will work 1,000,000 times better than this or any other stock fork. And cost less than any fork DT will probably ever sell. And it’s easy to work on.

Tim
Reply to  i

I do recall the TPC+ damper, which pretty much everyone at the time agreed performed really well. Can you provide some support as to why you think position sensitive damping is a bad thing?
Why would a Lyrik with Avalanche damper be better?

I agree with Tim, all positive with the TPC+ damper. Coil Nixon, supple off the top, and supportive in the middle.

SPV was the manitou position sensitive damper that everyone hated 20 years ago. Fox copied the design in rear shocks (boost valve) and they sucked as well. It’s funny how this crap gets recycled as new tech.

Avalanche makes hydraulic bottom out cones, which are a type of position sensitive damping, so if you think Avy is great then your criticism of position sensitive damping is misplaced. Granted, DT is using it in the top 30% of travel, whereas Avy is doing it in the bottom 15%, but still the general concept that different amounts of damping are appropriate at different points in the travel holds across both.

This is great and all, but if you’re in the US, you’ll likely never see any of this, unless you buy a Scott or order some euro brand. DT Swiss throws a cloak over complete service, so I suppose that’s a good thing. Maybe they’ll learn someday and stop holding service information so tight to their chest.

Couldn’t agree more with the comments from Shafty-stop being so secretive about service procedures. And in response to the stock DT answer of ‘special tools required’, this is the 2nd method of stopping DIY servicing.

Finally… first coil, then air. I should get a job in the bike industry. Always wondered why not combining best of both.

Manitou had the MARS air/coil spring on the market about 20yrs ago. Seemed like a good idea then, and it still does now.

And it still won’t beat a Mattoc Pro

Yeah, position sensitive dampening? Yup, that is TPC+. Coil spring to control early travel? Yup that is MARS. Oversized positive and negative air chamber, yup that is the Dorado Air system. No acknowledgment that this has all been done before? Yup, MTB journalism.