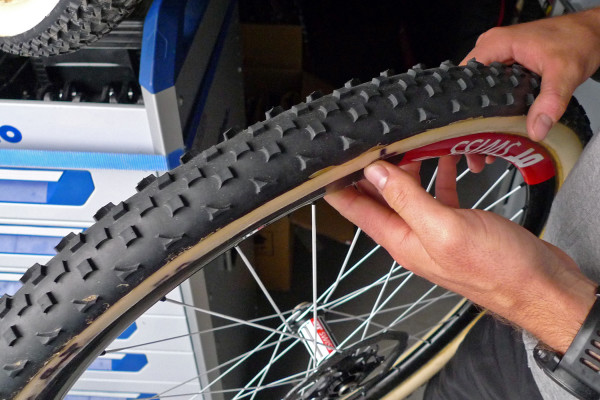 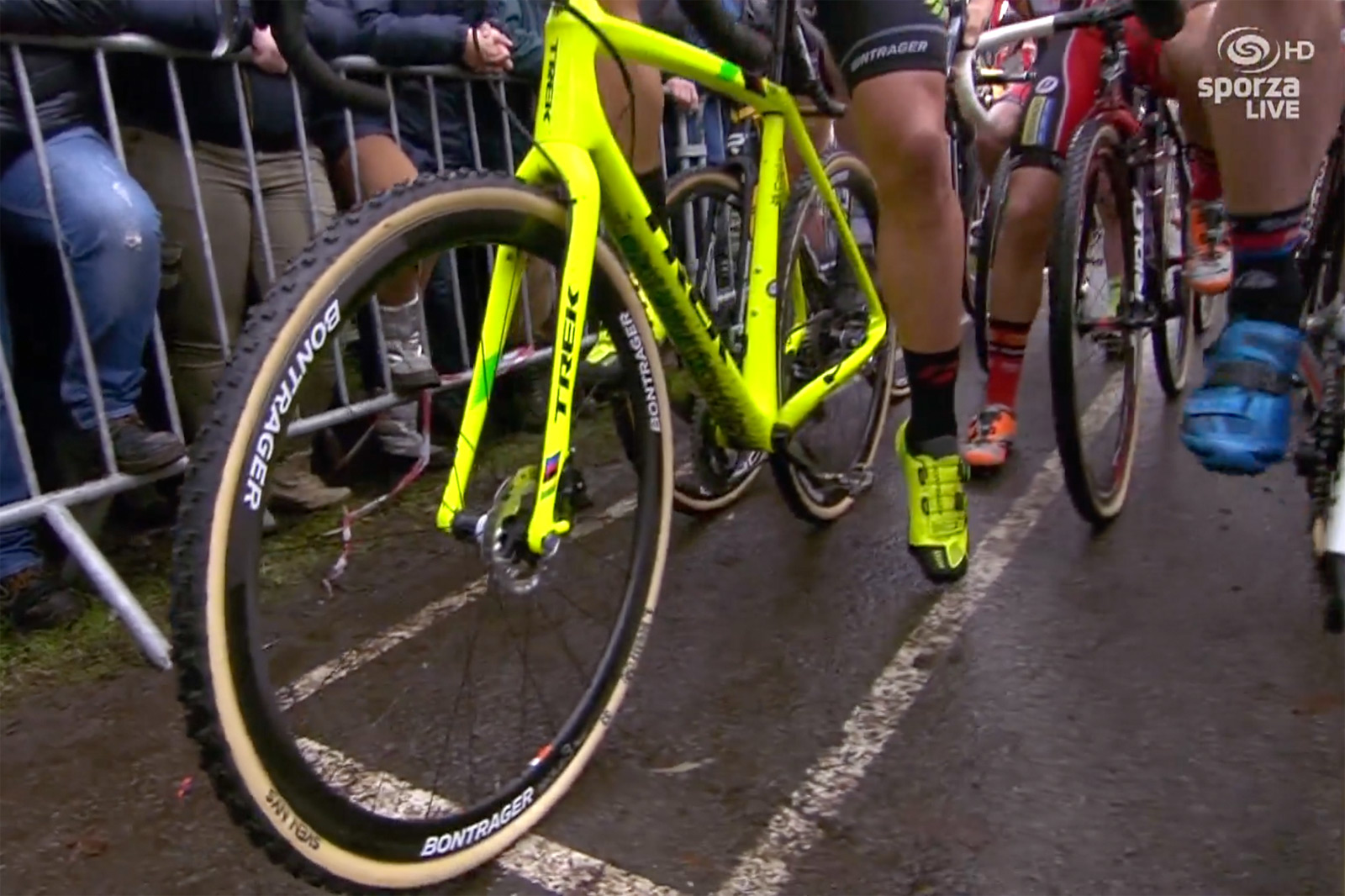 Screen captures provided by a reader from the original public Sporza broadcast.

Eagle-eyed cyclocross fans watching the Bpost bank trofee Flandriencross race in Hamme over the weekend could have seen more than just Wout van Aert getting his muddy revenge on Sven Nys after his last minute defeat in the Koksijde World Cup a week earlier. During their start line closeups Belgian TV coverage Sporza took a few close-up looks at the tires of the first row and found a couple of prototype tubular tires from Dugast. They mentioned that the open blocky tread was reminiscent of motocross tires, and even a similar look to some old Tufo mud tires. Join us after the break for a closer look, and how they tie in to a mountain tire we were shown a prototype of last spring… 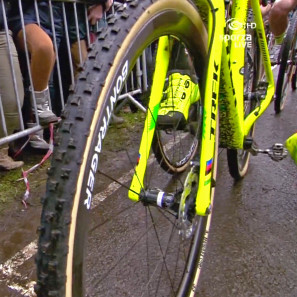 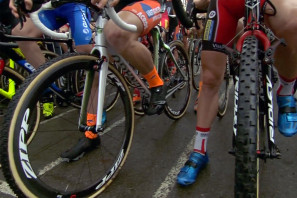 Sven Nys lined up on the outside in Hamme with a set of the new tires glued up to his Bontrager wheels. Labeled as 33mm wide and with Nys’ name on the sidewall the new Ernst CX tire seems to be getting some testing at the highest levels of pro cyclocross in Belgium. Next to Nys were van der Haar and van Aert, both competing on Dugast Rhinos, and then Kevin Pauwels also trying out the new Ernst tread. Van Aert won on the Rhino, but he had apparently already been testing the new tire a couple of weeks back tire in Gavere. Nys and Pauwels filled out the podium on the heavy, muddy course, so clearly the new tires are holding their own at the top of the discipline. 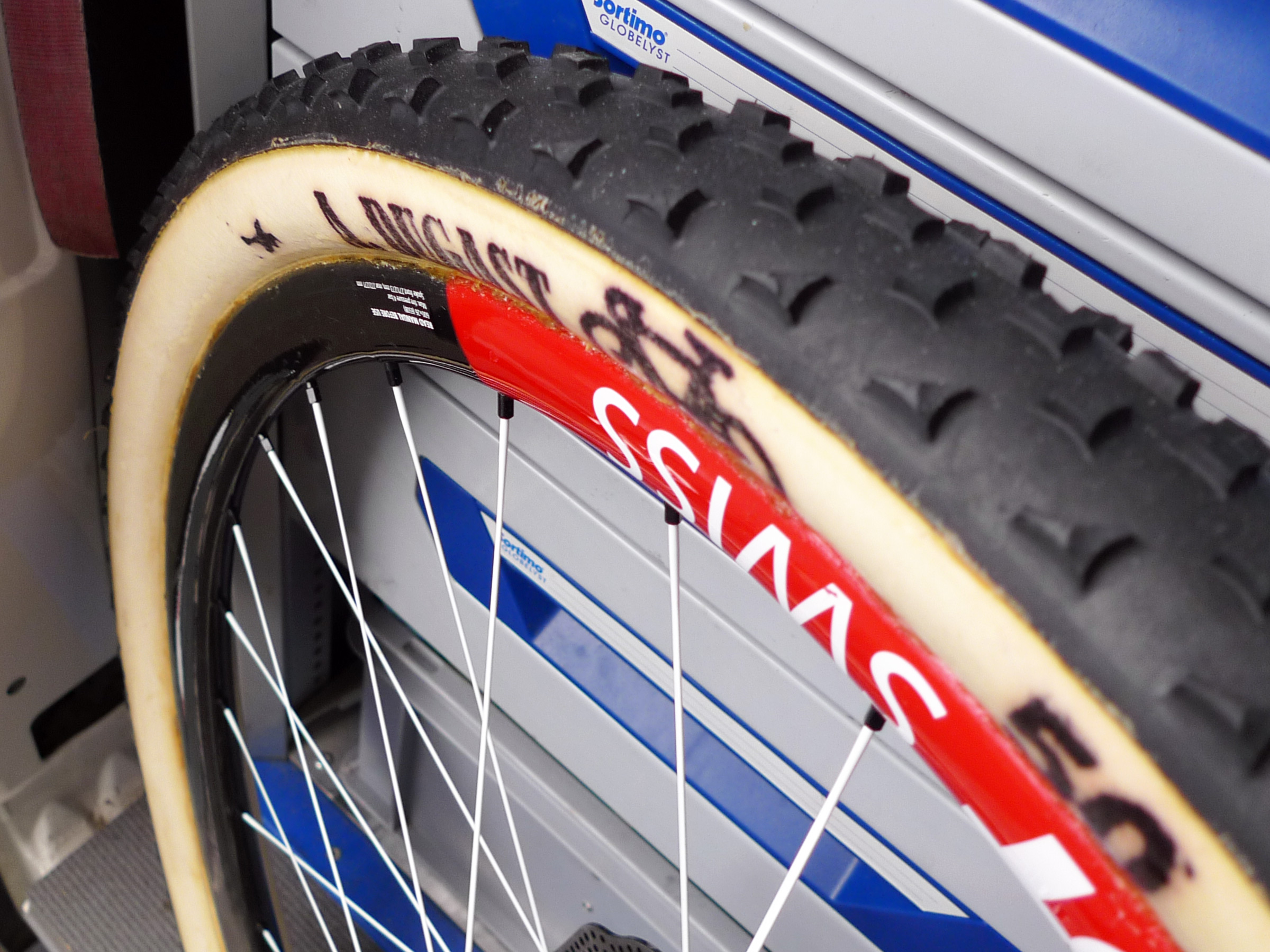 While the cyclocross tires are not yet named officially, they appear to use the exact same tread as the Ernst mountain bike tubulars that we had a sneak peek of in an early 2015 World Cup mountain bike race. The pre-release Ernst MTB tires we saw were marked as 50mm, and it looks like for the cross tires Dugast may have literally just cut ~1cm of rubber off each side before gluing them to a smaller diameter casing. Only a tiny bit of the side knobs from the MTB tire seem to make it over to the cross prototype and likely make up the widest point on the UCI-max 33mm width. 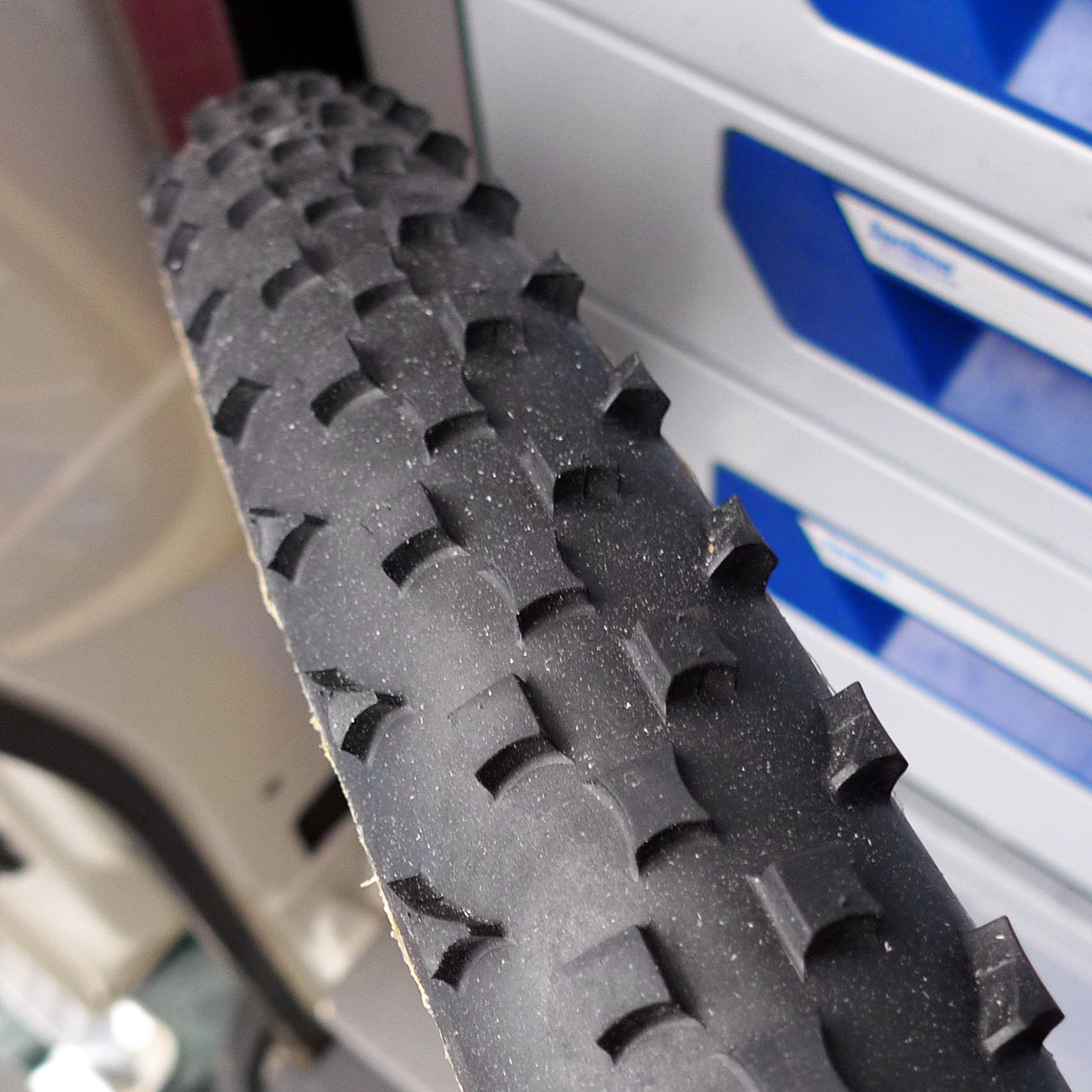 We had been shown the mountain tires on the down low, but Dugast now offers the same tubulars we saw for mountain bikes on their website, yet still does not include any photos of their tread. The tire was developed with Nino Schurter and his Scott team for muddy cross country racing, but appears to be able to make the transition to cross as well. The large, pointed square lugs claim secure grip in wet and sloppy conditions, and their wide open spacing and simple shape are designed to prevent mud buildup. The MTB tires are available now for 106€ in 48, 50 & 52mm casings for 26″, 650B, and 29″ wheels. If the Ernst tread makes its way officially to cyclocross, it will likely be available for around 75€ from 30-34mm widths.

Looks like they just cut down the 50mm tire tread and glue it on the 33mm. Now much corner knob on there.

Love the look and square profile of those tires. They look huge though! 😀