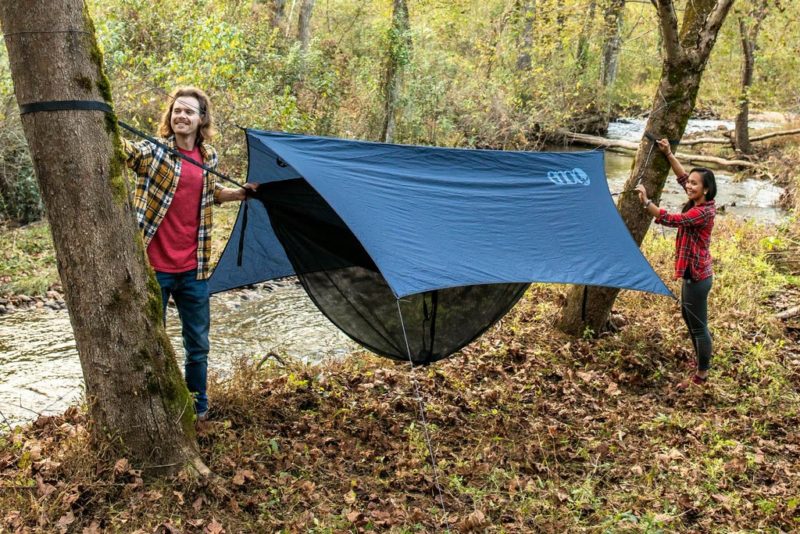 Eagles Nest Outfitters’ SingleNest and DoubleNest hammocks have been a staple among bikepackers for years for their packability and versatility. 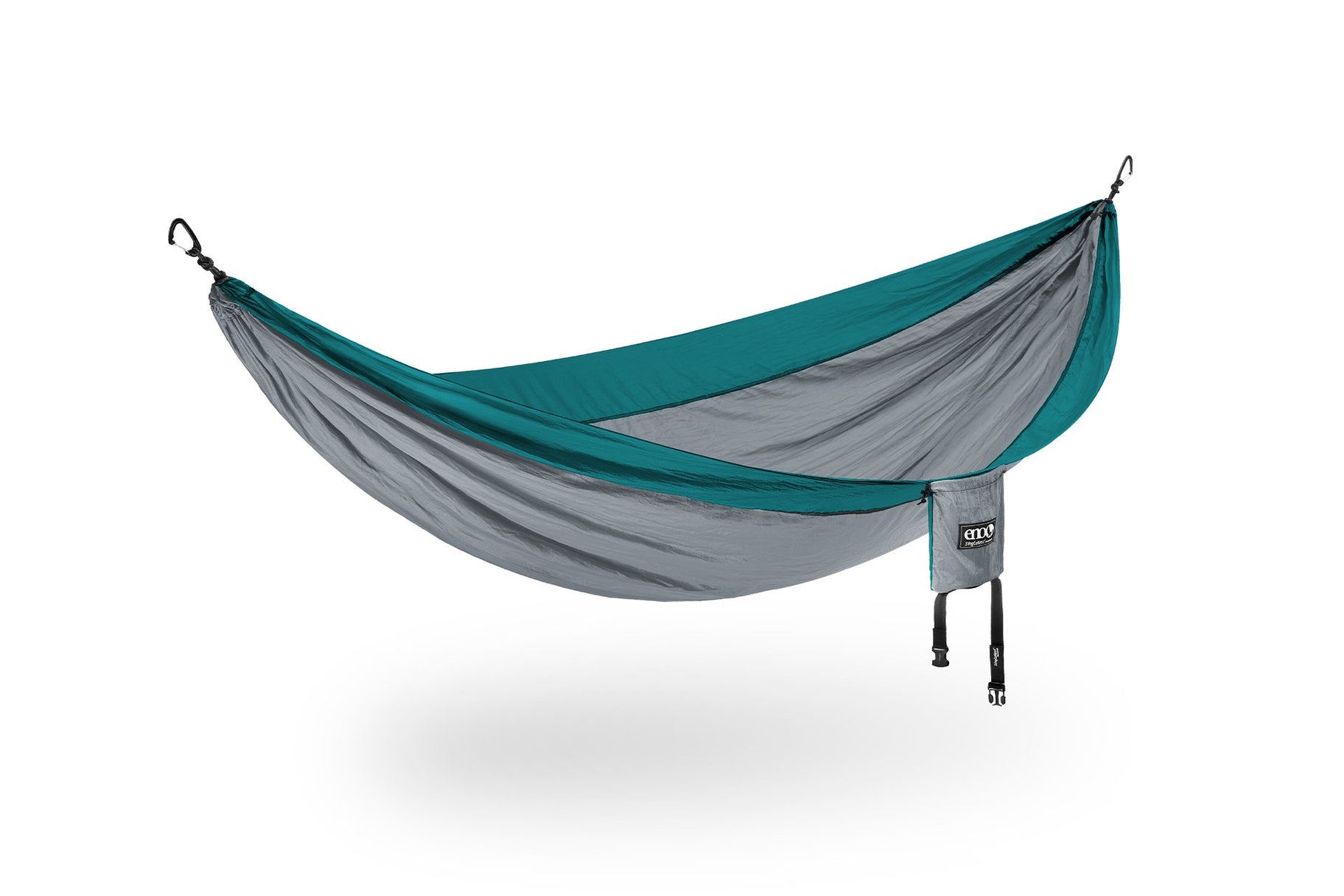 Unlike tents with rigid poles that can be awkward to mount on a bike, hammocks are an easier to stuff away or clip on to other gear, thus freeing up valuable real estate for fuel or other important gear — provided you’ve got the trees to mount it.

Whether on a bike or not, the brand hopes to stay at the forefront of wilderness-ready hammocks with a new series that keeps the heart of their existing models but brings a few key upgrades that improve ease of use and sustainability. 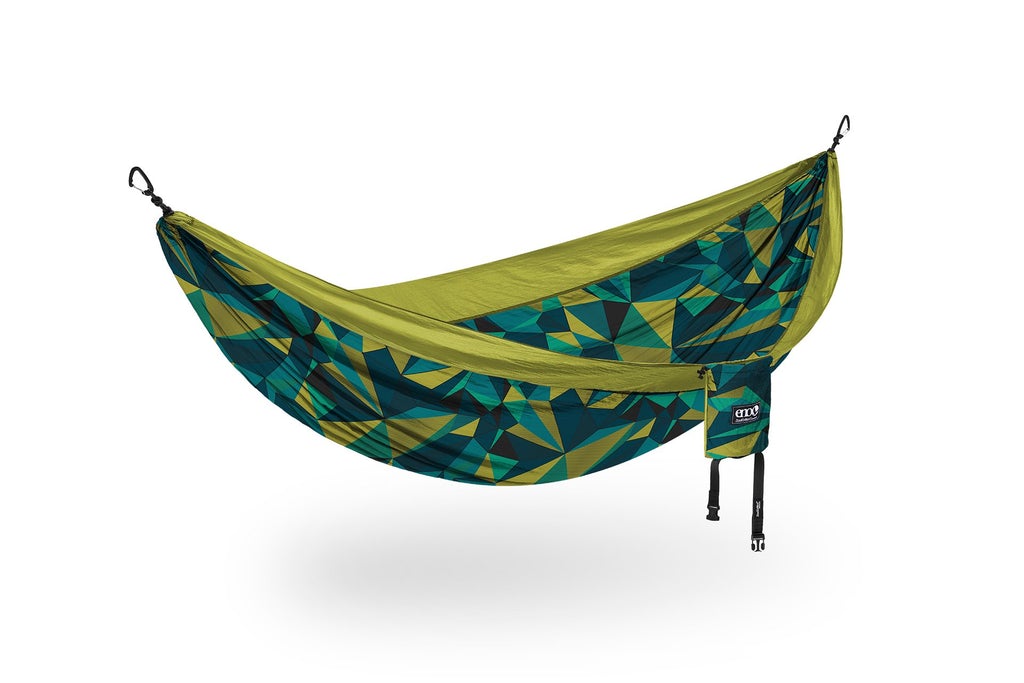 ENO’s latest series of hammocks includes all new SingleNest and DoubleNest hammock options in a wide variety of colors. The DoubleNest also comes in Print and Giving Back styles that feature eye-popping patterns for the outdoorsmen and women who don’t want to blend in to their surroundings.

North Carolina-based ENO says the reimagining of the SingleNest and DoubleNest included a deep dive into the company’s supply chain materials and points of purchase to make sure they are responsibly made. 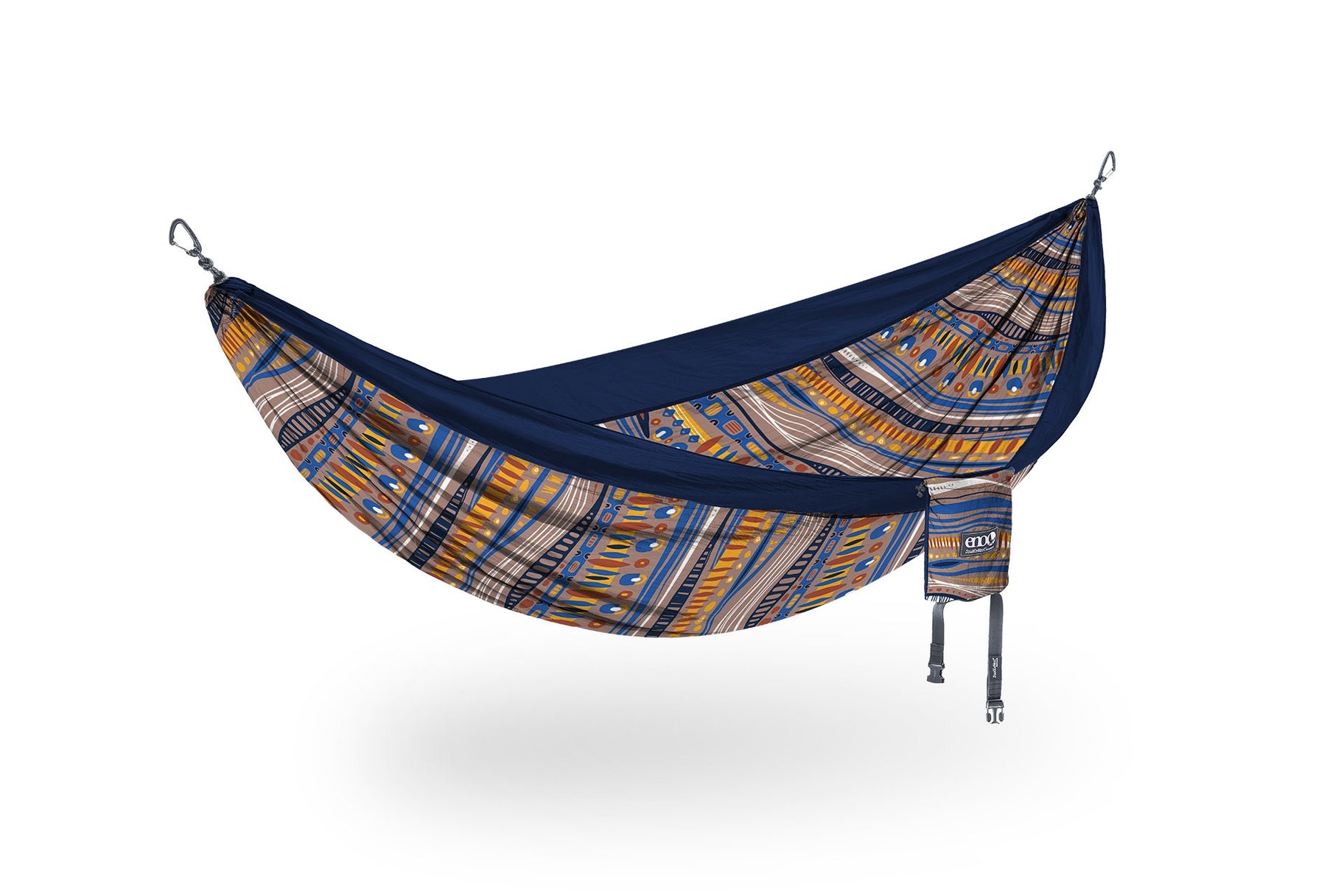 They are made with breathable, quick-drying nylon approved by Bluesign, which certifies that textiles are safe for the environment, and the people who produce them.

They have all the same features as their predecessors but also add in a crinkle treatment for better packability, an extension to 9.5 feet for a roomier fit, an additional stash pocket on the built-in stuff sack, and hammock-specific carabiners and side-release buckles. 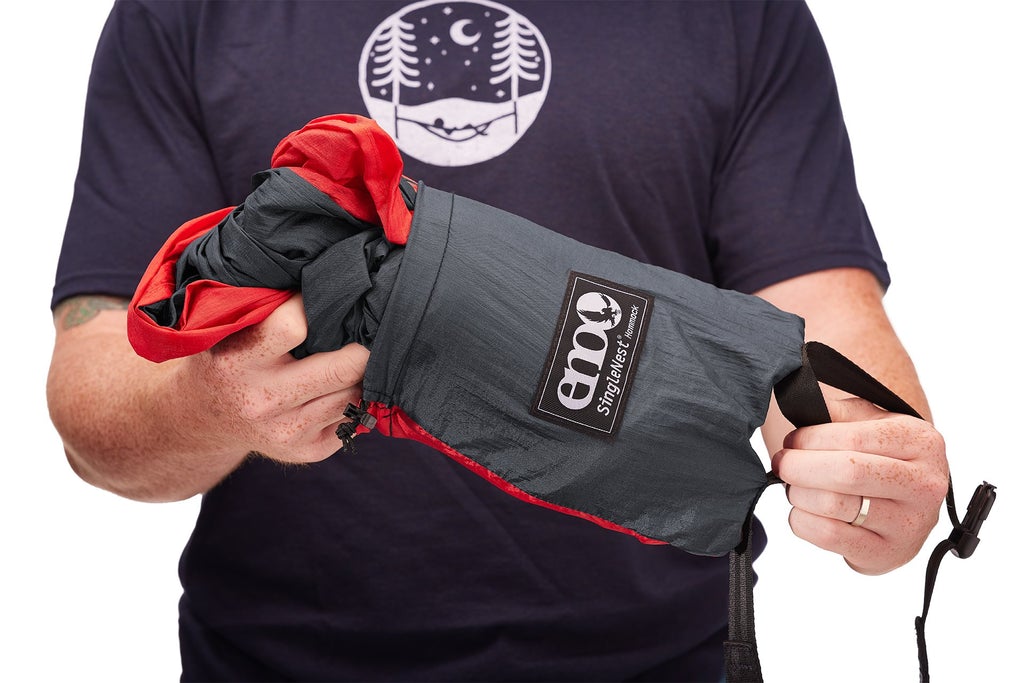 Like their earlier iterations, they can support up to 400 pounds and keep the same weight: 16 ounces for the SingleNest and 19 ounces for the DoubleNest. 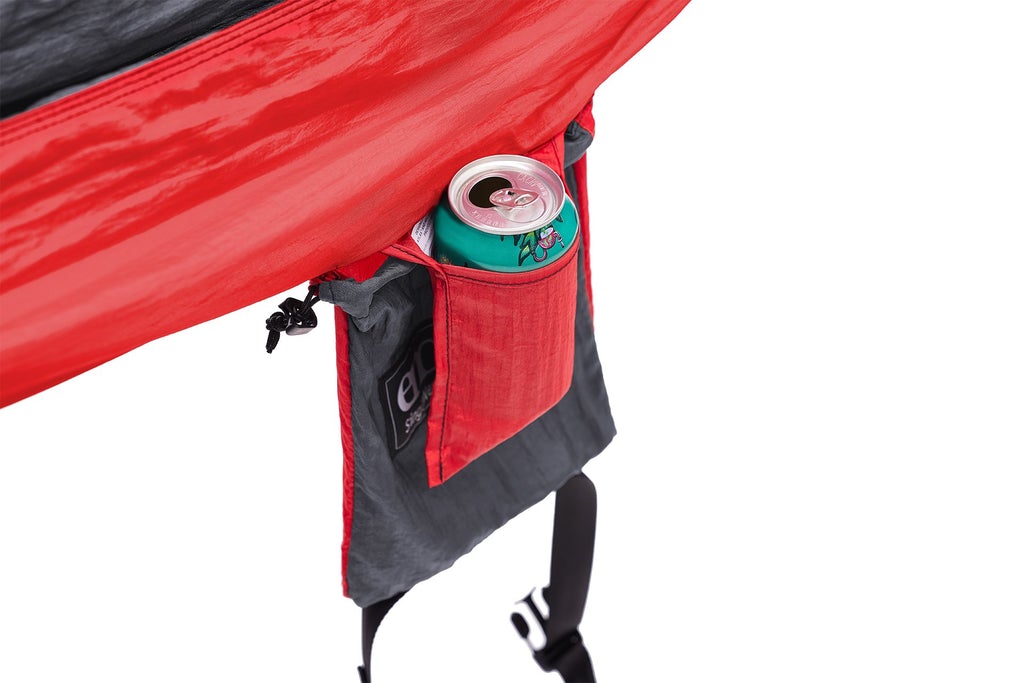 ENO’s new line of SingleNest and DoubleNest hammocks feature an added pocket in the stuff sack to hold gear (which conveniently fits a 12oz can almost perfectly).