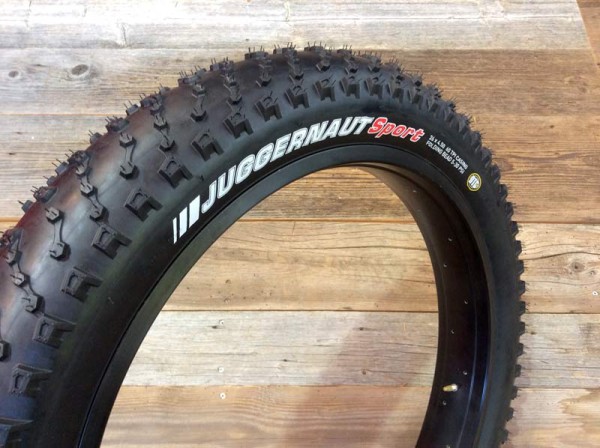 We’ve seen quite a bit of these “new” tires from Kenda by now, with the mountain bike tires popping up at Taipei Bike show in March and Sea Otter in April. And the Kountach Endurance road tire was shown in great detail at Interbike 2013. But, now, we have full production details for all and weights for most.

Heretofore, the Juggernaut had only really been seen in Sport trim, which, uh, sports a wire bead. Eurobike brought out mention of a Pro version with folding bead, too. While the tread resembles some of their standard mountain bike tires, it’s actually inspired by Kenda’s Millville 2 motocross tire. Tread blocks are tied together to make them a bit sturdier while also providing a bit of a paddle effect for mud and snow. They’ll come in 26×4.0 and 26×4.5 in both versions. The only claimed weight so far is for the Sport 4.0 at 1,360g (+/-50g). 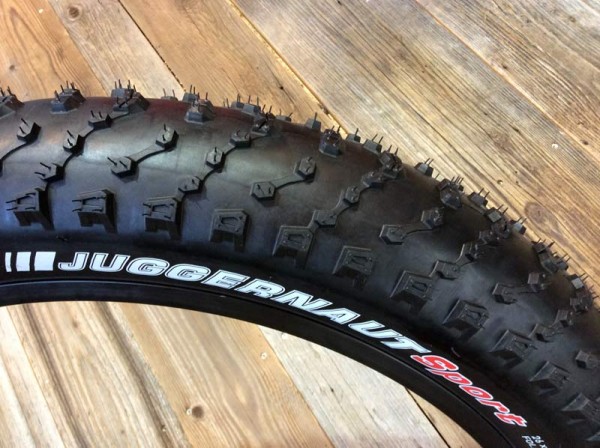 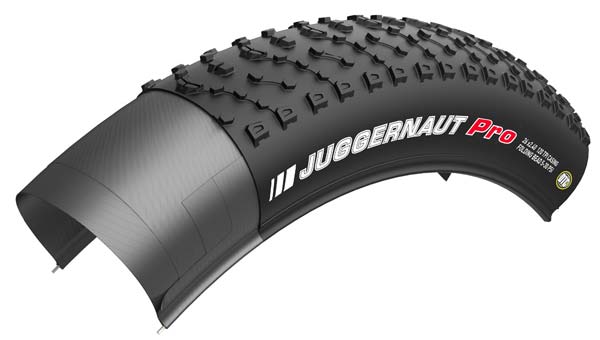 The Sport gets a 60tpi casing while the Pro will get a 120tpi casing and their DTC dual tread compound putting a firmer rubber in the center and softer rubber on the side knobs. They have a max rating of 30psi. 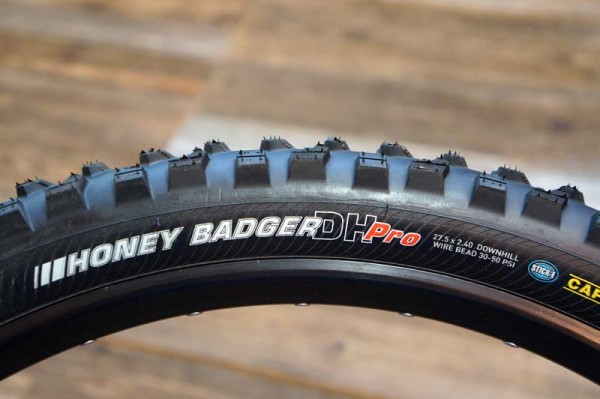 The Honey Badger DH Pro takes the paw print of the original and XC versions and beefs it up for downhill use. 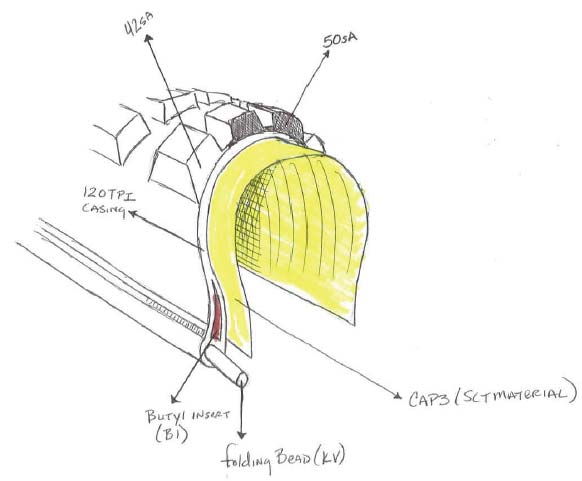 The DTC DH layering puts their SCT sealant compatible tubeless layer on the inside of a 120tpi casing. The rubber then gets a butyl insert above the kevlar bead to support the sidewall and prevent pinch flats. At the top are firmer knobs in the center and softer ones on the corners for enhanced grip at the edges of traction. DTC DH runs 50a/42a rubber, which is softer than their standard DTC of 60a/50a. 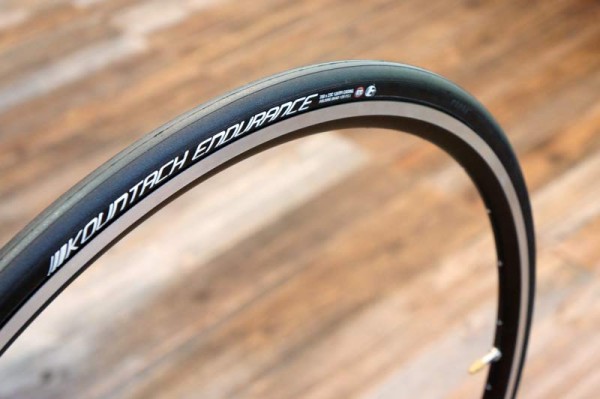 The Kountach Endurance starts with the standard version’s 120tpi casing and dual compound tread then adds both their Iron Cloak and Iron Cloak Belt for a double whammy of puncture protection under the tread and a single layer of protection on the sidewalls running bead to bead. They’ll have 700 x 23/25/28 widths. Weights for the thinner two are 219g and 237g, and the 28c width is TBD. Check out the cutaway of the tires from our Interbike coverage last year.

The road tires look Nice, The other ones would have mad friction I am sure