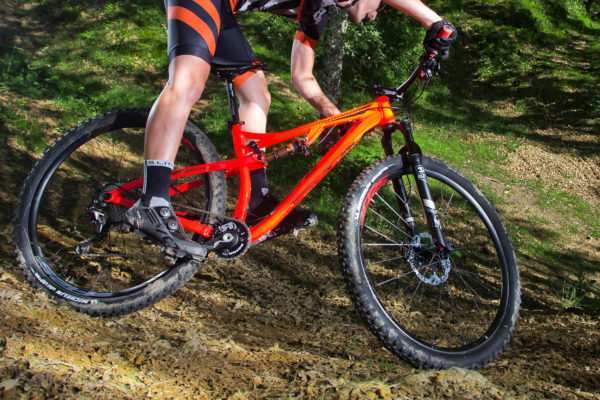 As BH told it to us, even they were a bit surprised when they realized recently that they managed to never really have a lightweight, shorter travel mountain bike to fill in their line for proper cross country and marathon racing. Their pro team had ridden to a number of solid finishes on their light Ultimate hardtail, but with tougher race courses they needed something more in their quiver.

So BH dug into their catalog and figured they could build a race bike based on a similar suspension platform as their successful 120mm Lynx trail bike. Working closely with their BH Suntour KMC pro XCO mountain bike team, BH completely reworked a new 100mm Lynx Race XC 29er, then fleshed it out from a high performing aluminum bike, up to the top elite level carbon machine… 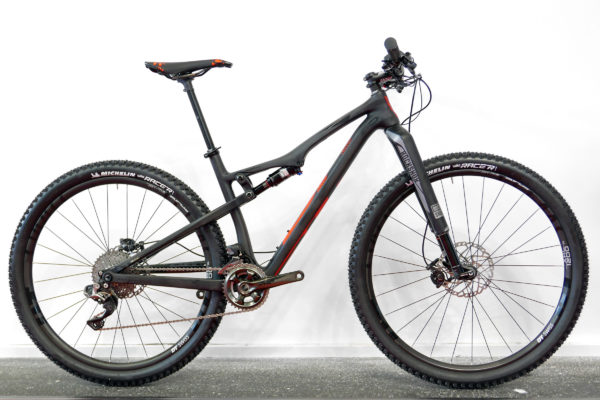 The new Lynx Race was really developed by mountain bikers to meet the needs of the cross country and marathon crowds. Pro XCers Maxime Marotte, Victor Koretzky, and Jordan Sarrou who had each been on the Wold Cup podium this season worked closely with the BH designers to share what they loved about the current Ultimate 29 carbon hardtail, and what they liked from riding the 120mm Lynx on the trails.

What that meant in the end is that the new Lynx Race adapts the same aggressive trail riding geometry that was developed for the race hardtail Ultimate 29. So instead of going to the steep angles and long stems that cross country bikes usually lean towards, the Lynx Race gets a slack  68.5° head angle and longer reaches for a modern long & slack trail geometry. The team input was a really key here as BH’s designers weren’t sure what feedback the pros would give, but instead they really appreciated a more stable feel to the bikes and the ability to really push the short travel to the extreme on technical descents. 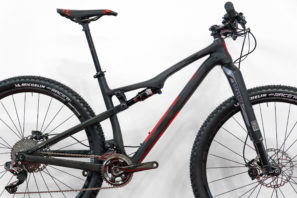 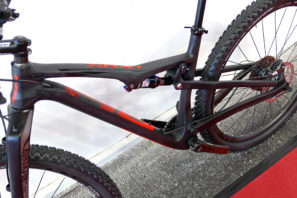 The carbon bike was developed for racing using the same Hollow Core Internal Moulding (HCIM) tech that BH puts into their high-end road race frames (and the hardtail Ultimate) Bikes to High performance road racing frames. That is said to result in a 1850g weight for the complete carbon frame without shock in a medium.  The more affordable alloy bike looks to add about 500-600g more. 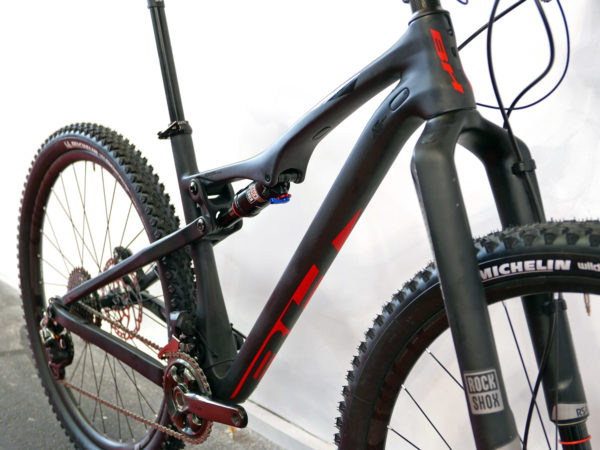 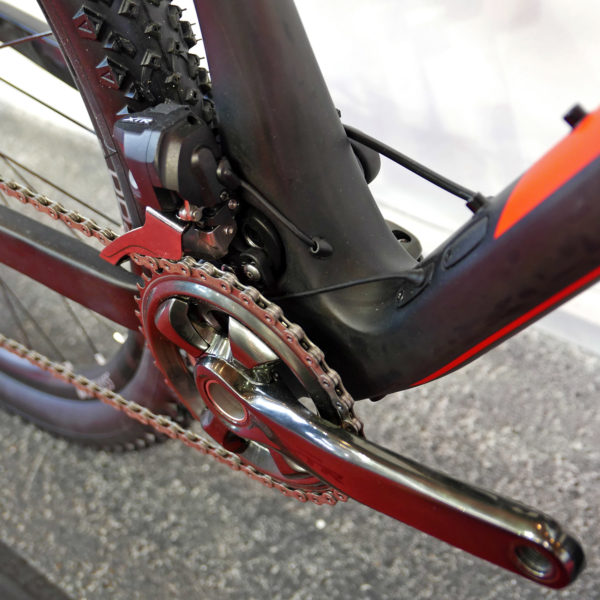 For the suspension design, the Race takes its basic styling from the trail riding Lynx platform. That means that it keeps the same single pivot design with its main pivot essentially inline with the top of the big chainring and the rear pivot concentric around the axle. As BH calls it, the Split Pivot does a good job of separating bump and brake forces, and combined with the main pivot location pedal inputs are minimized as well. All throughout the suspension, each pivot gets Enduro bearings for smooth running.

Cable routing is fully internal, including stealth dropper post routing although it does seem to get fairly complicated around the bottom bracket. 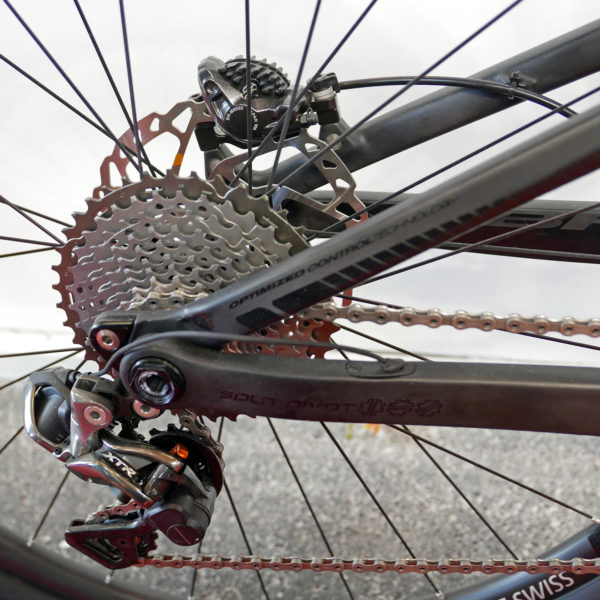 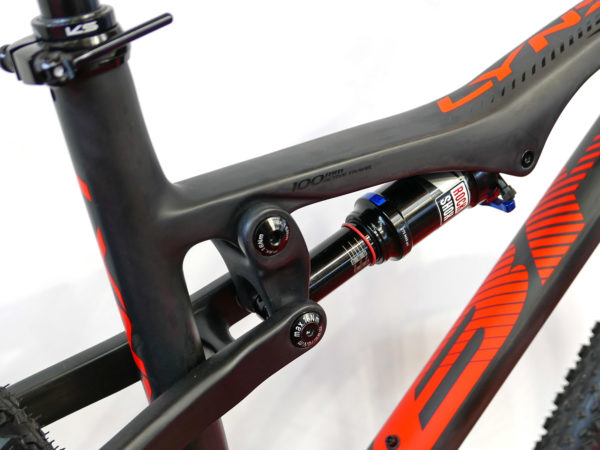 The Lynx Race gets a revised linkage and shock layout with 100mm of rear wheel travel vs. the longer Lynx trail bikes. The Race uses a small toptube-mounted swing link that provides a bit of rear end stiffness and drives a horizontal shock into the mid section of the kinked toptube. On the carbon bike the link is also carbon, claimed to improve stiffness by almost 50% over the aluminum one on the alloy bike.

The carbon bike gets a post mount rear brake with a captured nut design to minimize impacts to the carbon stay. 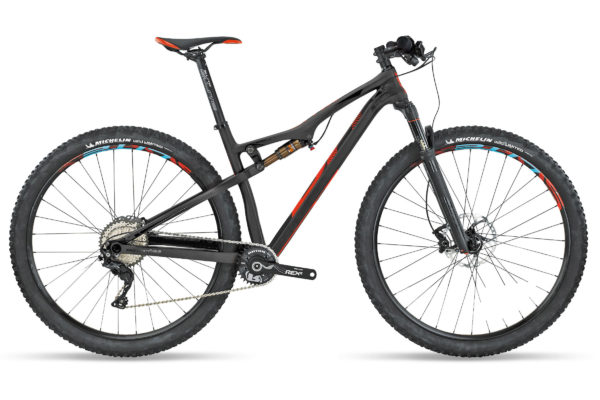 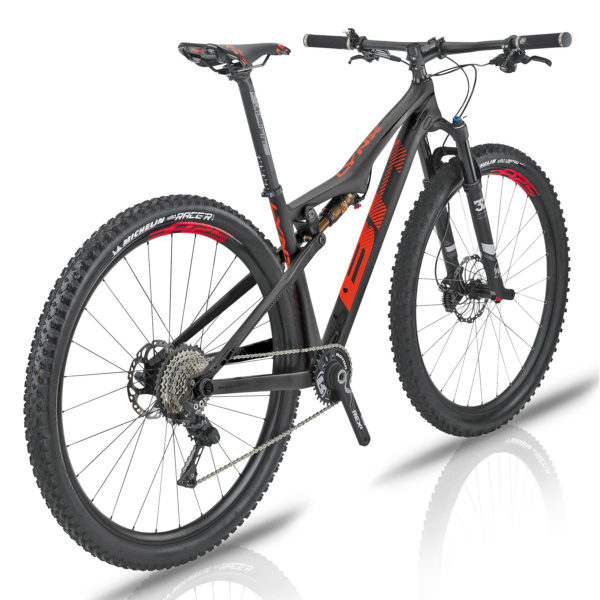 The Lynx Race Carbon will come in four different spec levels. The top two get XTR and XT Di2 doubles and either the RS-1 fork or a Fox SC Fit4 to come in at 11.5kg/11.7kg and 9000€/6000€, respectively. The lower two opt for a variety of mechanical XT level and mixed spec with either Fox or RockShox suspension setups and pricing at 4500€ & 3500€. 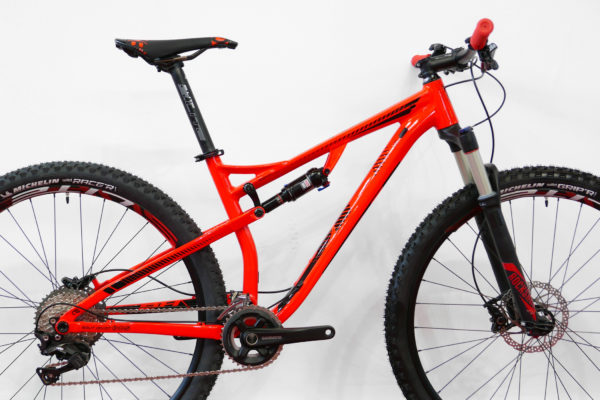 Both carbon and alloy bikes use a wide PressFit92 bottom bracket which gave a lot of real estate at the lower end of the frame to max out stiffness and create a wide-set main pivot with the asymmetric 425mm long chainstays. 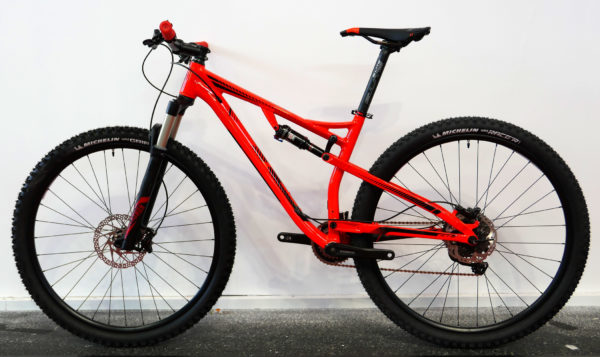 Both bikes use Boost 148mm rear spacing for improved wheel stiffness, which is also said to add more tire clearance to the 29er and even compatibility with 27.5+ wheels. 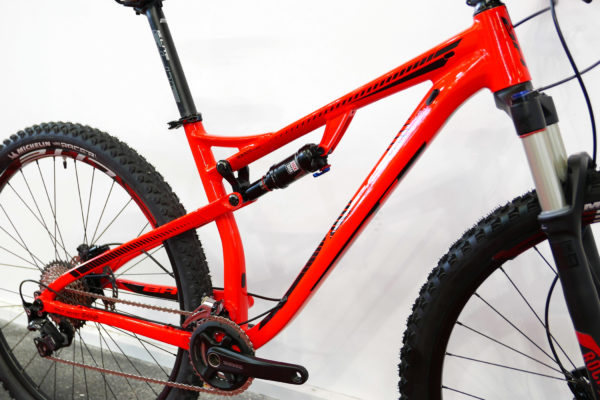 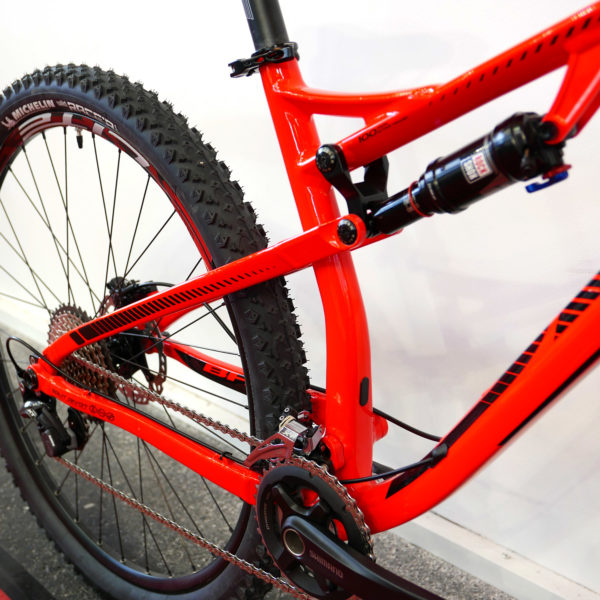 The Race uses a direct mount front derailleur and chain guide to provide a wide range gearing and drivetrain setups. It of course also includes routing for both mechanical and electronic drivetrains, with a few Di2 specific details, like the integrated Inbox internal battery mount just in front of the bottom bracket to keep weight low and centered. 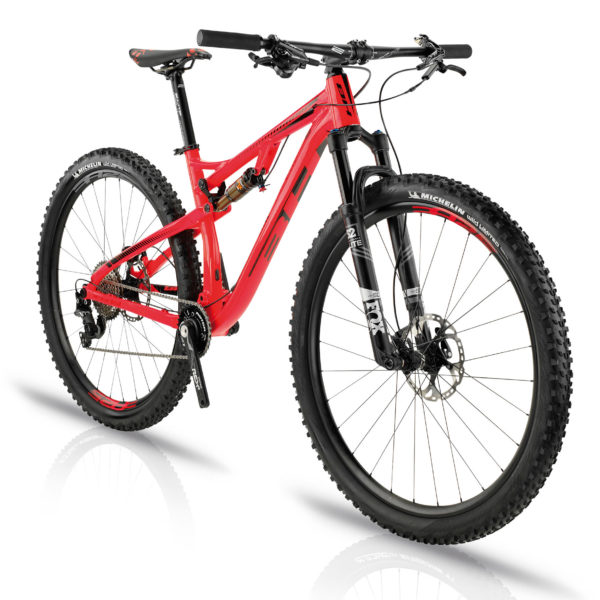 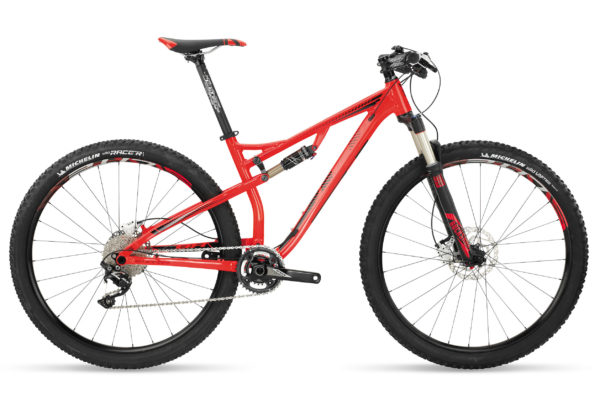 The alloy Lynx Race Alu will come in three more affordable build kits. The top version gets a mechanical XT 1x with a Rotor crank and the Fox suspension from the higher end bikes for a total weight of just 12.8kg and a price of 3000€. The next two bikes stick with Shimano doubles, but use a mix of components to keep the price down with the middle 2200€ bike getting 11 speed and the lowest price 1800€ bike going with SLX 10 speed shifting.

All of the new Lynx Race bikes in either carbon or aluminum will be available from October 2016.

I highly doubt that just the carbon link adds 50% stiffness improvement. On a little link like that either of the links isnt going to flex hardly at all.

Well, to be fair you are correct Davy. The 426 number doesn’t appear correct. That was what BH told us. According to their geometry tables, it is actually 425mm for this 29er.

@Davy Sprocket, the Stache 29+ has 420mm stays, so even though this is full squish, with standard 29 tires 426mm should be no issue