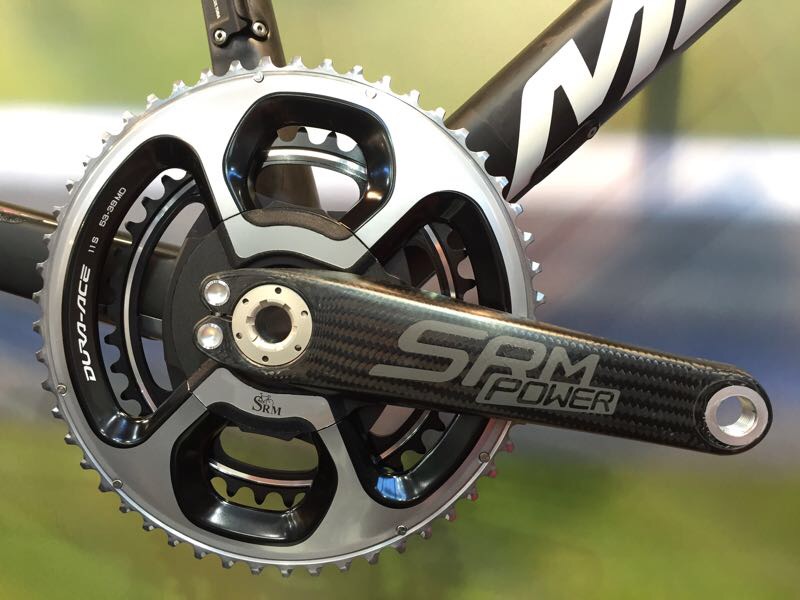 SRM is now offering their own cranks, with the first one being carbon fiber and made by THM, essentially a Clavicula on their current generation PM7 power meter spider.

The goal is to be compatible with all frames, so their cranks will clear the BB shell of every frame they know of. Why not just make the spider universally compatible? Because it’s somewhat dependant on the crank’s spider or fitment as to whether they can both clear the frame and offer the right chainline. So, anytime a new crank comes out, they’d have to redesign it as best they could. This lets them optimize the design to fit anything. 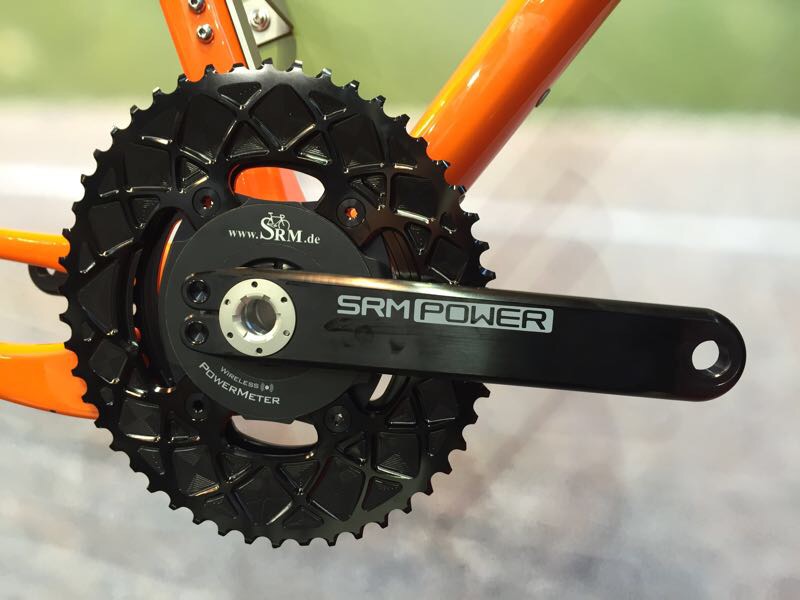 The carbon one will be released soon (no specific date or price given). Two alloy ones will follow, with the THM-style one coming in for about €1,728. Pricing for the other style (shown directly below) which will be lower end, is TBD. 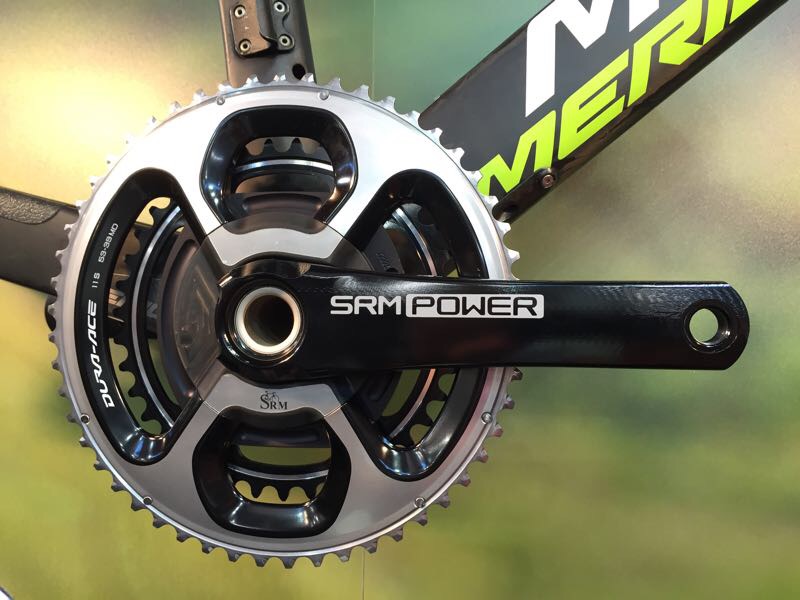 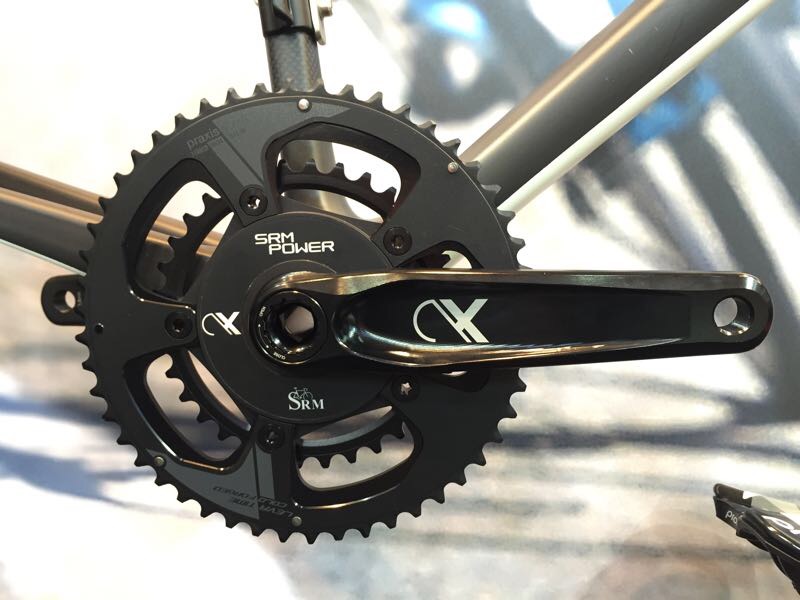 They’re also offering a PM7 unit to fit AX Lightness Pelton alloy cranks for €2,737 for the complete set with PC8 head unit, or €2,023 without the computer. 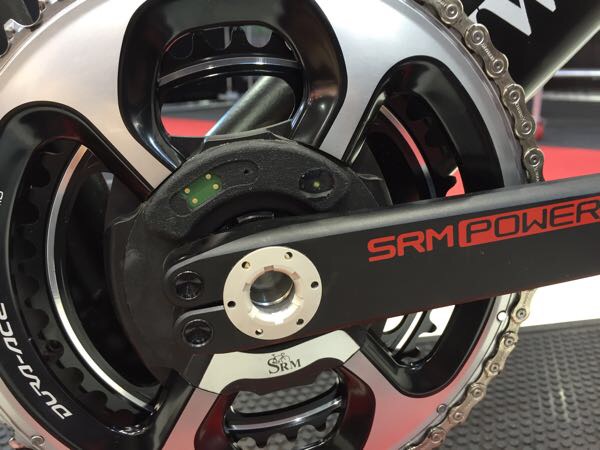 Their rechargeable connector is still a work in progress, but development of their next gen PM8 spider had taken priority and will come out before hand with new electronics. No timeline offered. 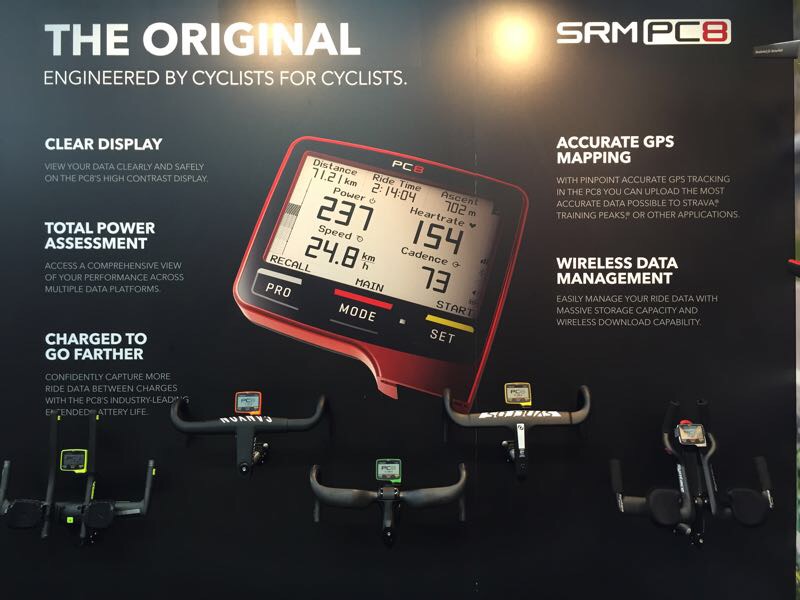 The PC8 will have a free firmware update in two months that allows for WiFi uploads of ride data to SRM X, Strava, etc. 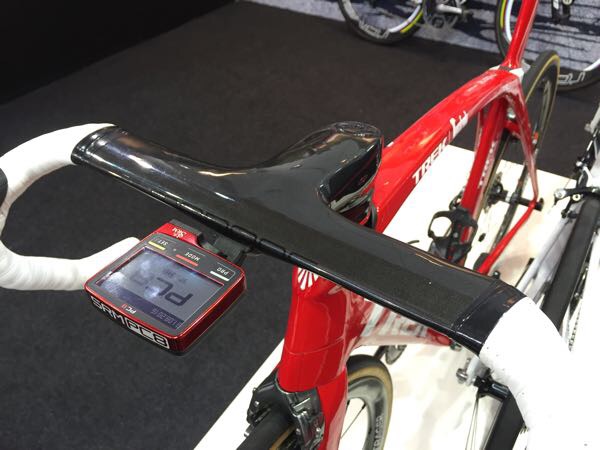 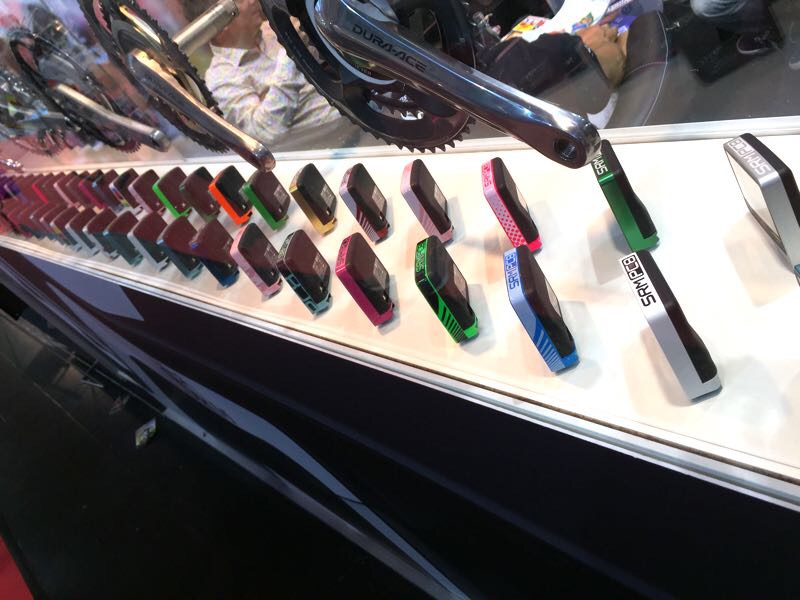 They’ve added more direct mounts for various brands of bar/stem units, invluding Trek and Specialized, among others. The PC8 is also now available in nearly a hundred different colors and graphical patterns, including Tour Jerseys patterns and team livery.

Yeah! I just made it. Sold my Stages purchased SRM.

Probably a smart move by SRM to cover the premium segment. In terms of functionality they have no USP at all anymore.

SRM engineers are given a new task 20 years after completing their last project.

Don’t care much about WiFi or Strava but if they can fix the PC8 so you can see gradient while riding I’d buy it straight away.
As in I would not have canceled my order and got my money back when I found out you couldn’t.

You can see grade in real time while riding

Why would u want to know that whilst riding?

U can see a graph and Accent/Decent Measurment, but it won’t tell u what Angle in Degrees!

What other Device shows Gradient During ride!!??? Certainly haven’t seen it on Garmin!

On 2nd thought whats the Grade option in the Display. It show Gradient.

It shows gradient of the last 30 seconds

Is this a new feature? Are you sure it is half a minute delay?
After a lot of search I found grade % in the PC8 device manager and that is the only mention I can find.
Kind of wonder why they hide it and why I was told it wasn’t there.
It was a pre purchase btw.

It would be a boon if it does have a normal display of grade in %!

PC8 has gradient. seems to be GPS or altimeter based as it responds on a delay and doesn’t work if the grade changes rapidly. as others said it is more like a last 200m rolling average.

SRM playing catch up to Infocrank. Who’d a thunk it.

Gradient was added during a firmware update after the initial release of the PC8. It is a rolling average not an instantaneous gradient readout. I have gradient permanently displayed on the main page of my PC8 which can be setup using the PC8 Device Agent software. I like knowing gradient when riding on sustained climbs as a measure of relative difficulty.

The biggest question is – where’s the update for WiFi and Bluetooth that we’ve been promised?? At the very least SRM should be keeping us up to speed with developments – they’ve gone very quiet on this…