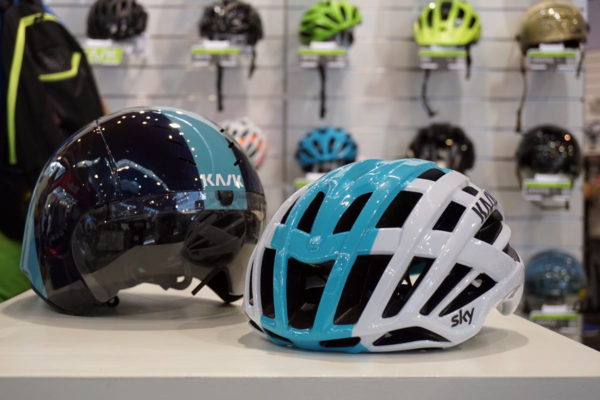 The 2018 Kask Valegro is their new super lightweight helmet at 215g, but they paid just as much attention to ventilation and good looks, too. Chris Froome wore it for a stage win at the Tour, proving its worth in the world’s largest road race. 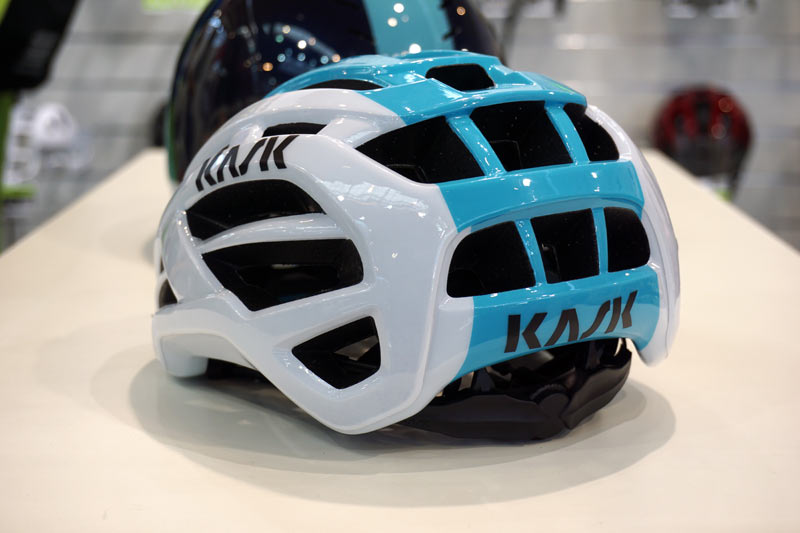 It has 37 vents, including extra large rear exhaust ports. 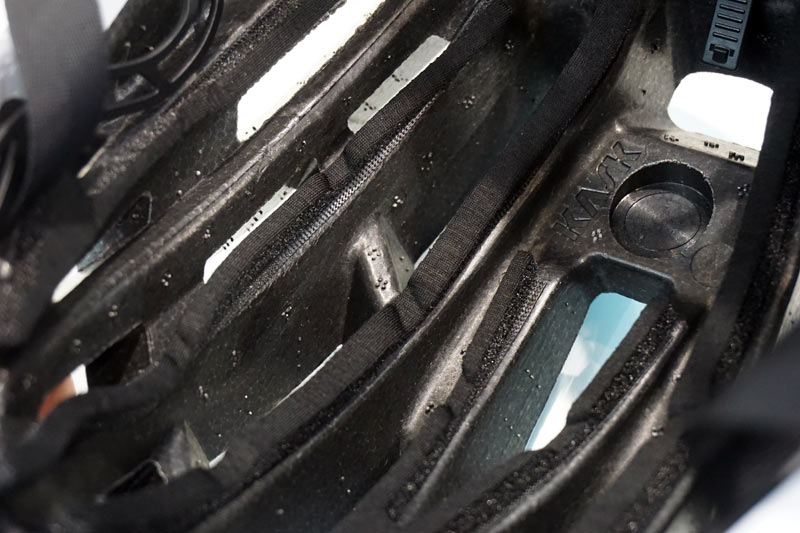 New lightweight straps pair with their trademark leather strap, the latter now reserved only for the lower portion under your chin. Inside, there’s minimal padding to save grams, but strategic placement and thin shaping keeps it comfortable and maximizes air movement across your scalp. Price is $189, available in December in Europe and USA, January for Australia. 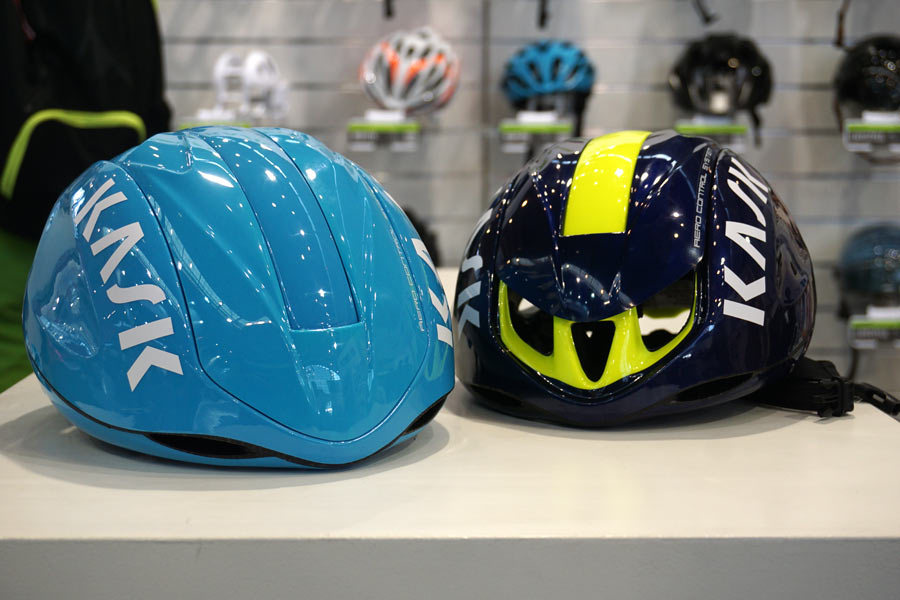 The Mistral is their new TT helmet made for the Australian Olympic team. The shape is similar to the Bambino, but has a longer tail with two exhaust ports.

Their sponsored athletes used them at Kona, and retail availability will follow in November.

Not shown, the Kask Infinity helmet gets all new colors for 2018. 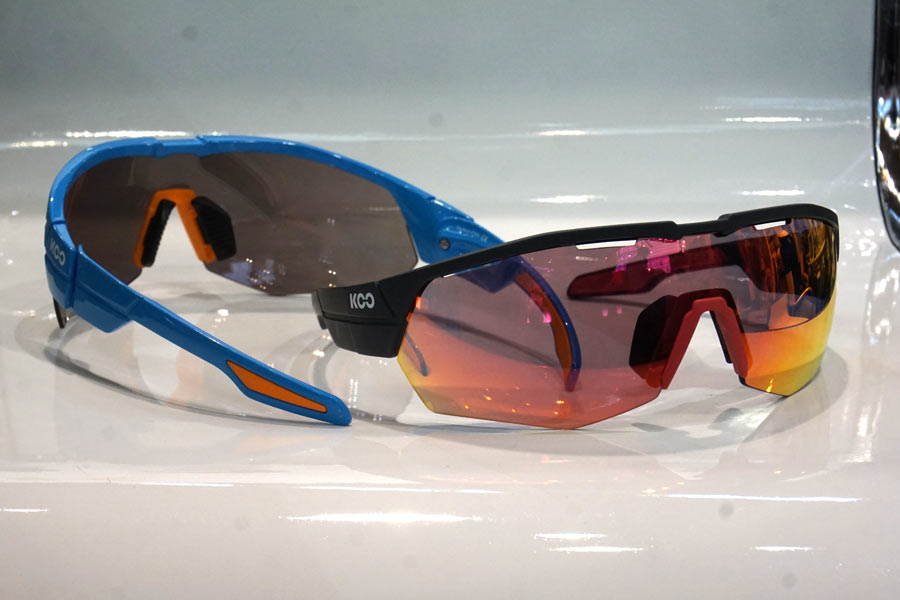 Launched in August, the new KOO Open Cube glasses have better ventilation and quicker lens changes thanks to a frameless lower half. More at Kask.com. 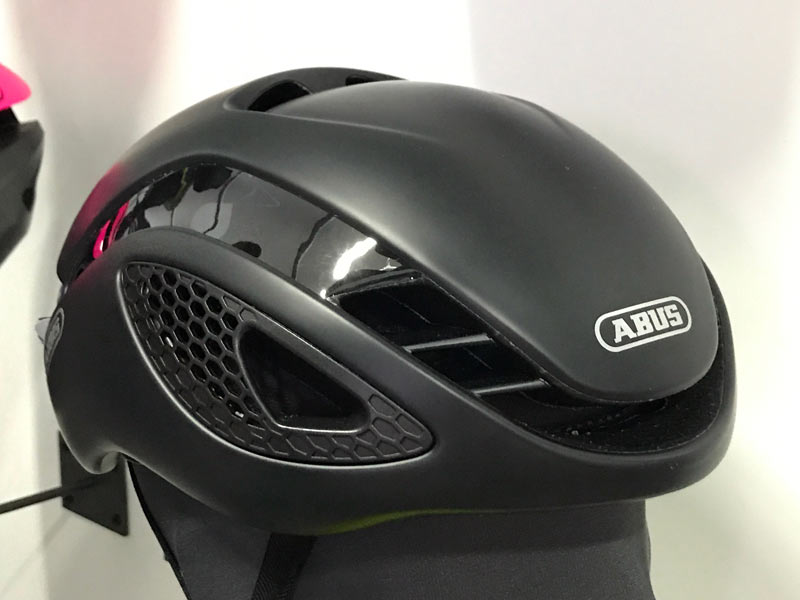 Abus has made some fine looking commuter helmets for years, but they’re really stepping it up for road cyclists in 2018. The new Abus Gamechanger is their take on an aero helmet, using an Alien-esque look with plenty of front and rear vents, including a top scoop, to draw air in and out. 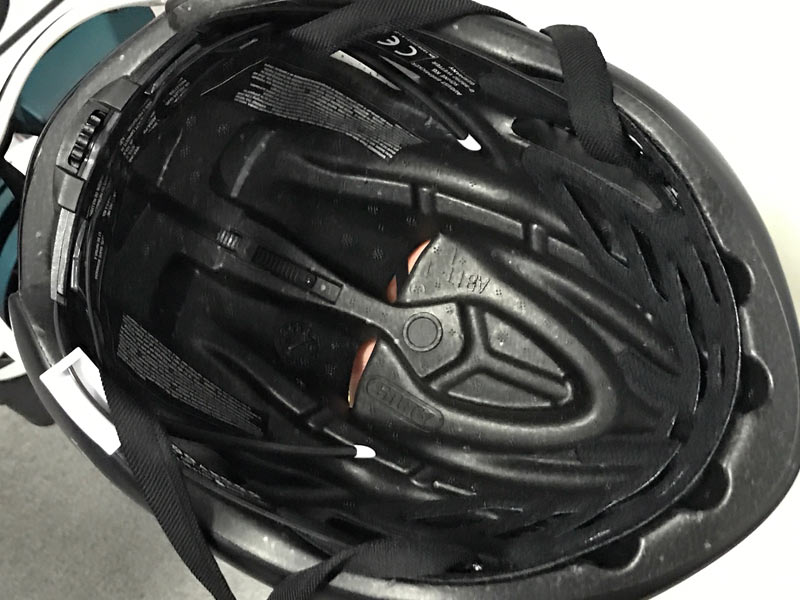 Those vents send air through internal channels to keep your noggin cool. The foam is a multidensity blend to provide better impact protection.

The unique shape is designed to improve aerodynamics at all of the common angles your head’s in while riding. Even the straps are designed to lay flat and smooth, so they won’t flutter in the wind. The sunglasses sleeve hides inside an air port, letting you tuck your shades out of the way (and wind) when not needed. Eight colors in S/M/L sizes, claimed weights are 260g to 290g depending on size. 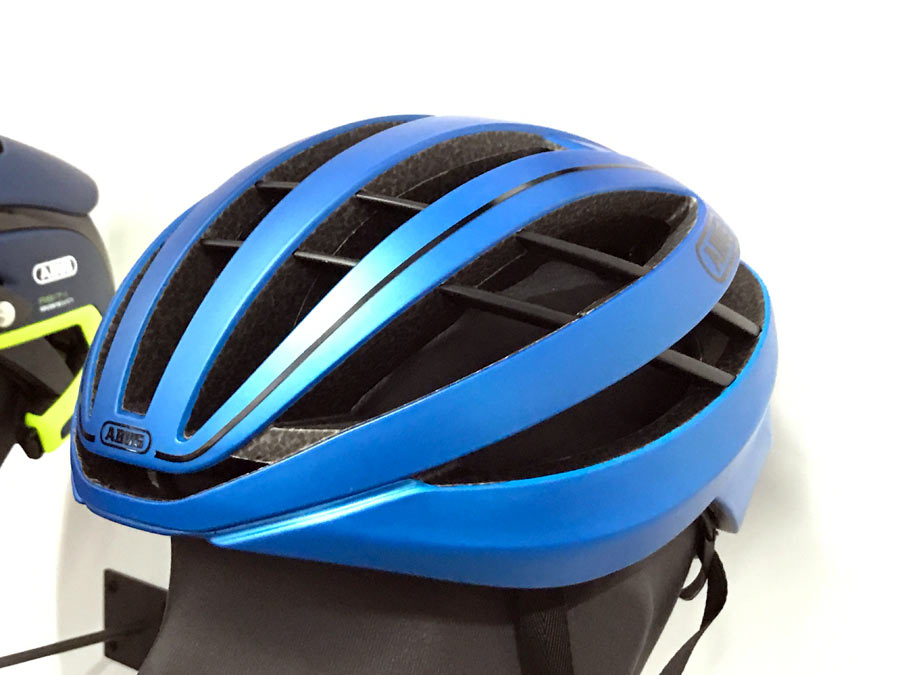 The new Abus Aventor may not look like much from the front, but it’s a dual-shelled design that has massive venting…

…that’s way more evident from behind. Using their ActiCage internal ribbing reinforcement to connect the upper and lower halves in the back, it provides structural protection without blocking airflow. This is hands-down the most ventilated helmet I’ve ever seen, and these pictures don’t do it justice.

Front and rear vents are huge, but it’s the wrap-around main vent that’s the eye-catcher. It’s available in eight colorways in S/M/L options, claimed weights ranging from 240g to 280g depending on size. US pricing TBD, but it’s available in Europe now.

Also, check out the 4vision heads up display they showed off at Eurobike in partnership with O_Synce. 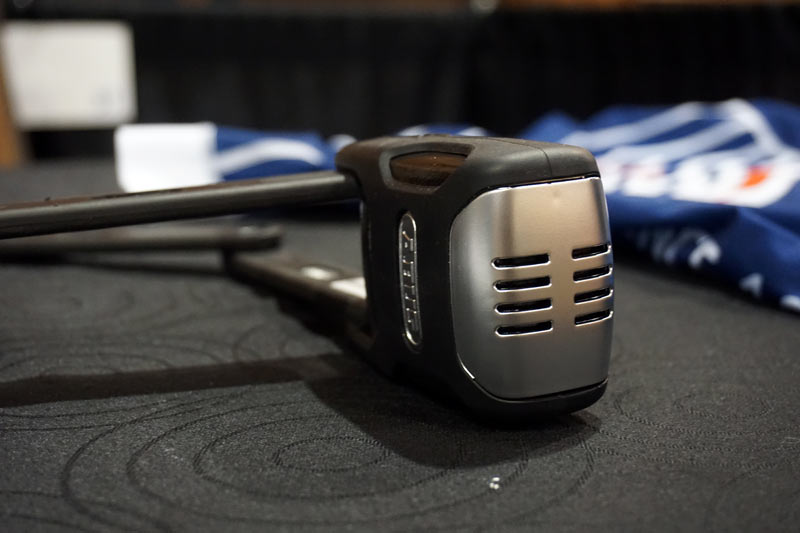 Most of us know Abus as a lock brand, and they had some slick new offerings there, too. The new Bordo Alarm builds a motion sensing, 100db alarm onto their Bordo 6000 folding lock. Marketed with Level 10 security (15 is the highest), it now also scares thieves away while alerting anyone nearby to their mischievous activities. The electronics know the difference between your bike being bumped while someone’s getting theirs out of the rack and continuous efforts to defeat it. When it’s the latter, it blares a 15-second alarm, and continues to do so as long as the threat is there. Retail is $169.99, includes a frame-mounted carrying sleeve.

For ultra-compact protection, the new Bordo Lite 6605 packs Level 7 protection into a package no larger than an iPhone 8+. Which means it’ll fit in your jersey pocket. Available in 60cm ($59.99) and 85cm ($69.99) lengths. Weight is 431g, which they equate to less than a full water bottle’s weight. More at Abus.com.

> Not shown, the Kask Infinity helmet gets all new colors for 2018.

> Chris Froome wore it for a stage win at the Tour, proving its worth in the world’s largest road race.

Interesting Kask Infinity colourway shown there. Are they sponsoring Movistar next year?