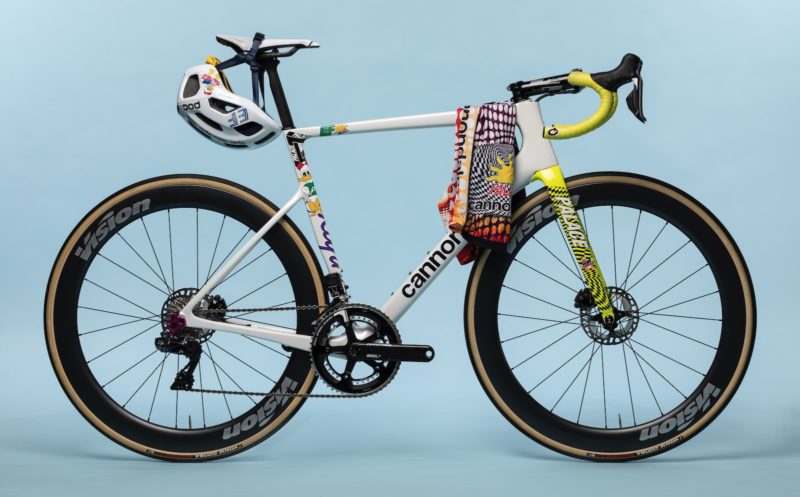 Now, The Pro’s Closet will raffle off one of the few original Cannondale SuperSix EVO’s from the race. The bike is the grand prize, and the matching Rapha team jersey and POC team helmet go to the runner up.

James Whelan rode the bike for EF Pro Cycling in 2020. While he crashed in stage 2, the results for EF and the Cannondale SuperSix were a lot better. New signing Ruben Guerreiro won the blue jersey as the race’s best climber. And Whelan’s bike looks to be tip-top now — down to the brash cartoon duck insignia from Palace. 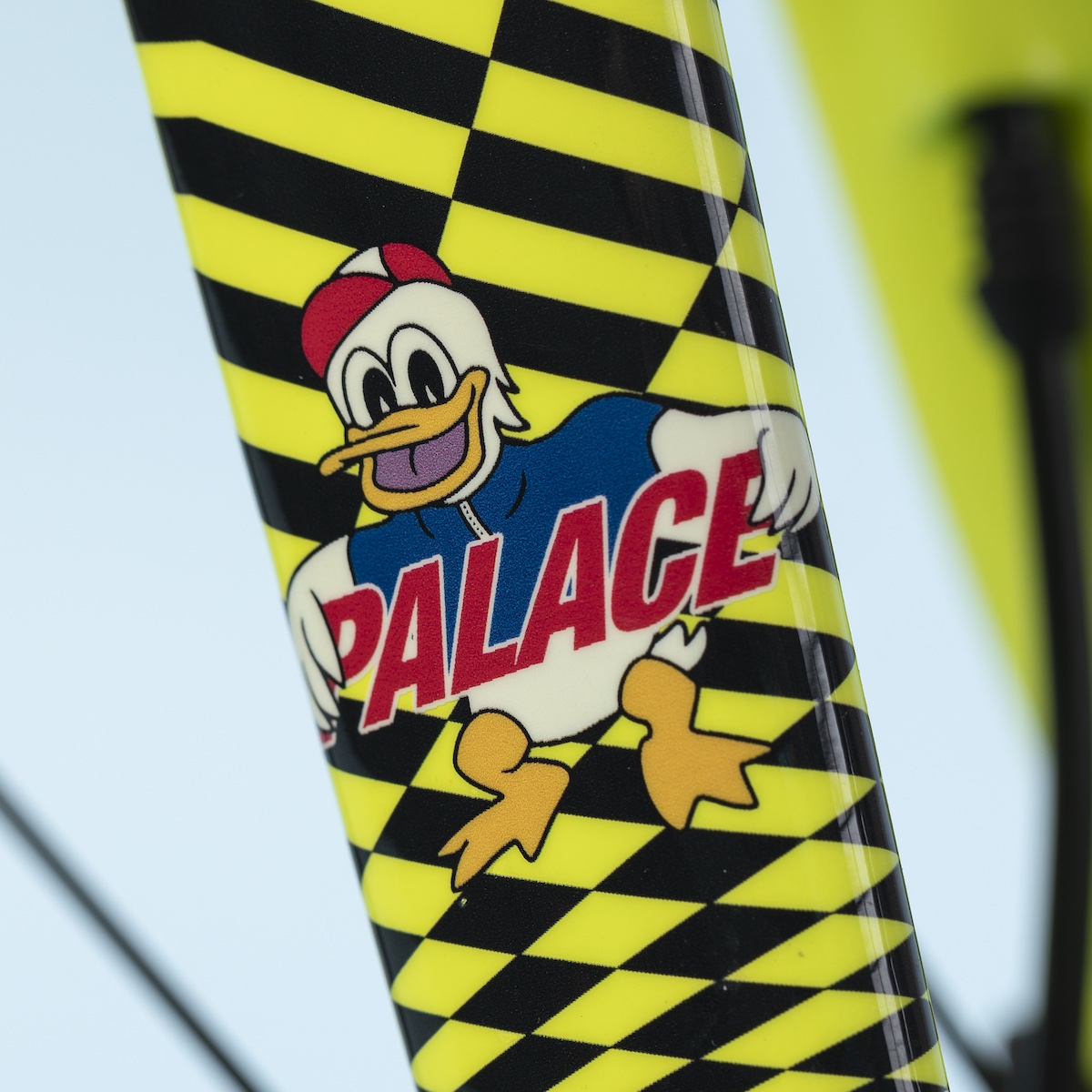 The story goes that the team developed the kit to stand out in the peloton without leaning on its usual purple-and-pink loadout. Seeking distinction from the overall leader’s pink jersey, they put together the gaudy design, which BikeRumor previously called “completely bonkers.” 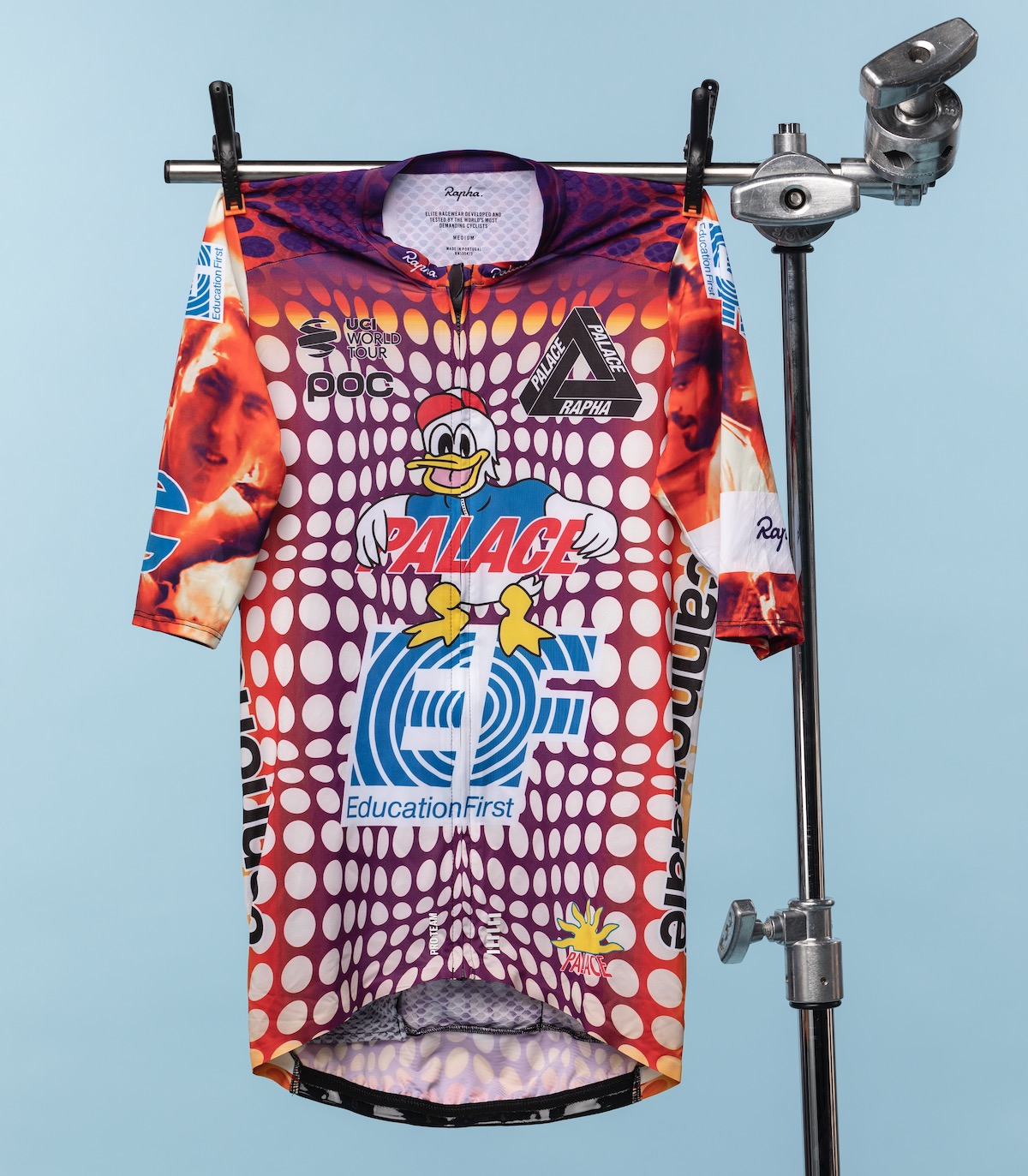 Even if you don’t win the grand prize, the runner up for the auction gets one in a size medium, along with a (more understated) EF Pro Cycling POC Ventral Air Spin Helmet. 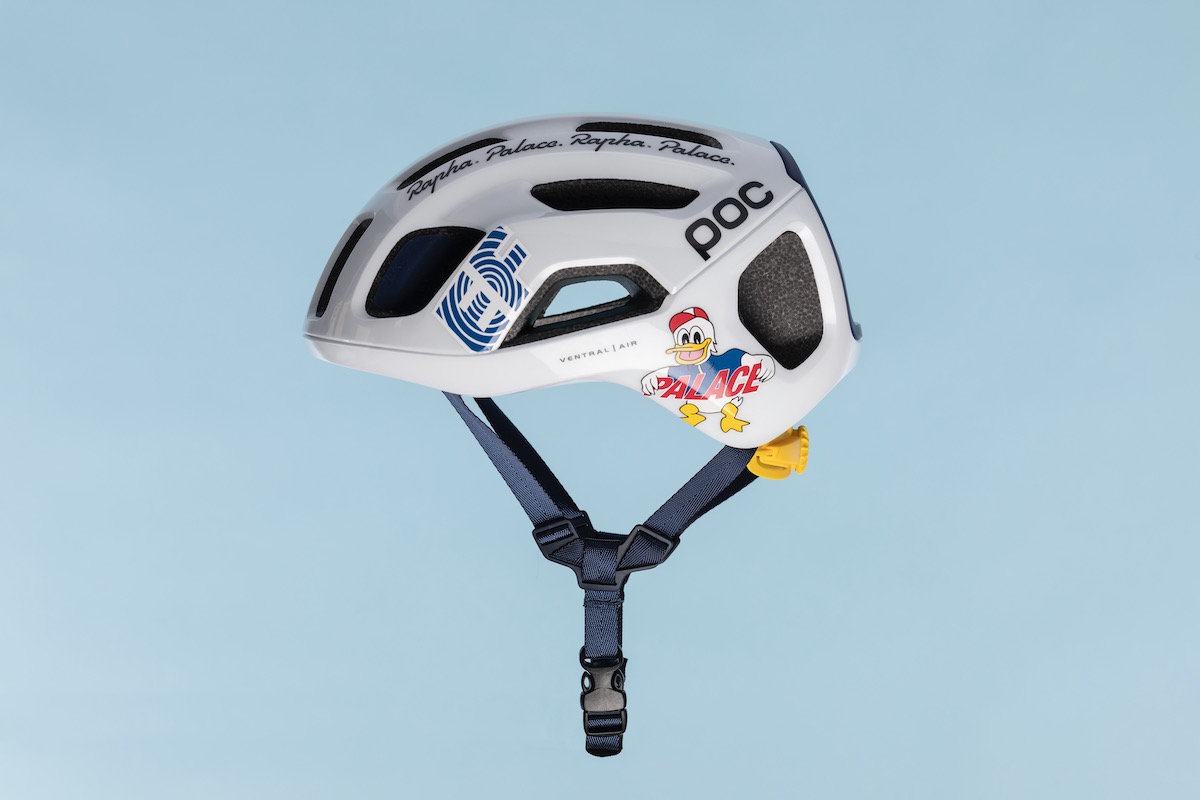 EF’s 2020 Giro d’Italia bikes were also aesthetically quieter than the jerseys, but still popped thanks to the graphics. Cannondale splattered SuperSix EVO, SystemSix, and SuperSlice TT bikes with graphics to match the Rapha collection.

The 56cm Cannondale SuperSix EVO on the block has high-spec electronic shifting and disc braking thanks to its Shimano Dura-Ace Di2 R9170 11-speed groupset. Its carbon tubeless compatible wheels are Vision SC 55’s. On the open market, you’d pay five grand on the low end for the groupset and wheels alone. 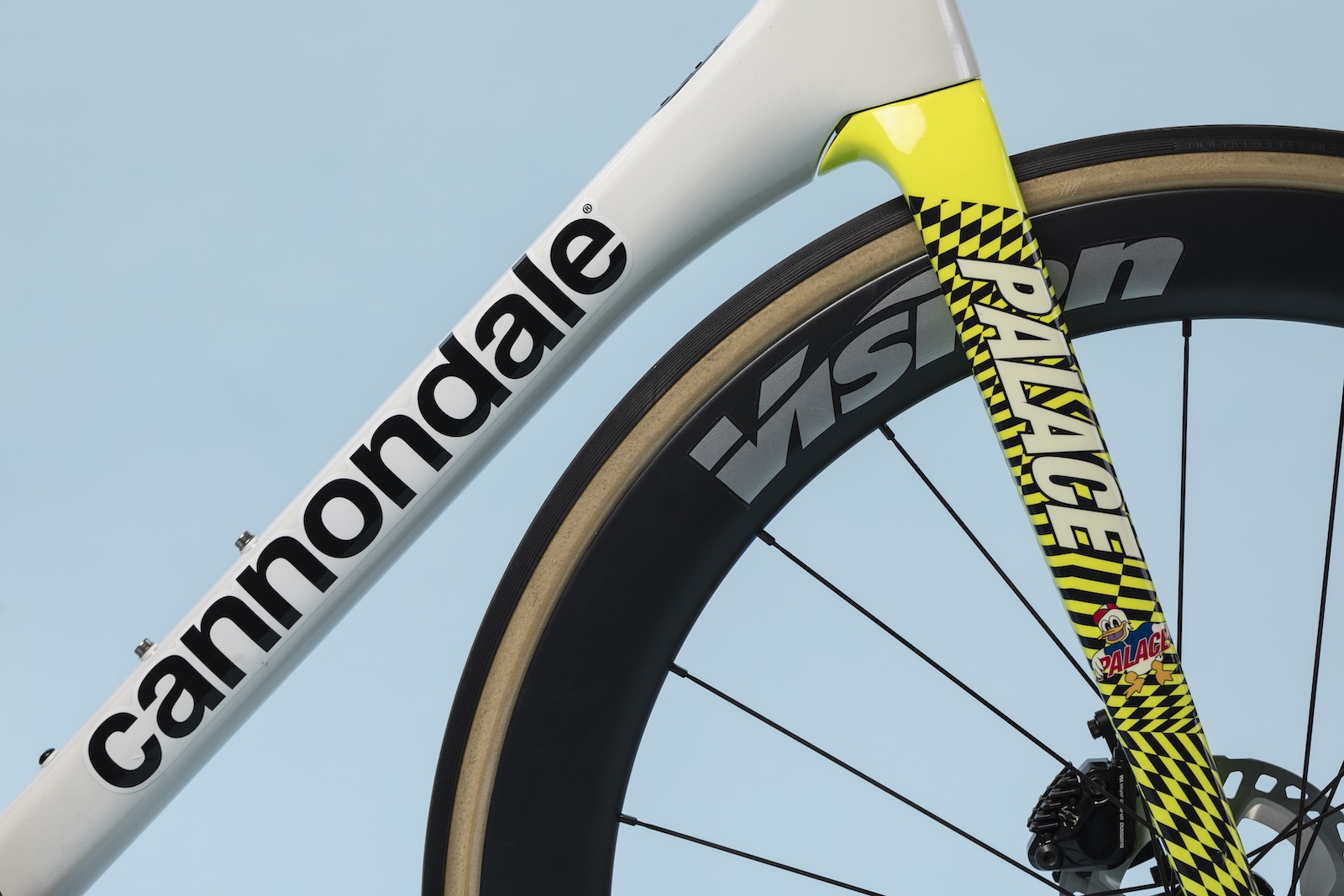 To get in the raffle, you don’t have to pay anywhere close to that. But you will probably have to get astronomically lucky. The Pro’s Closet limits entries to one per person. Cost? $10.

It’s hard to say whether entrants will number in the thousands, hundreds of thousands, millions or pretty much any other number of people who caught the Cannondale x EF x Palace buzz two years ago. 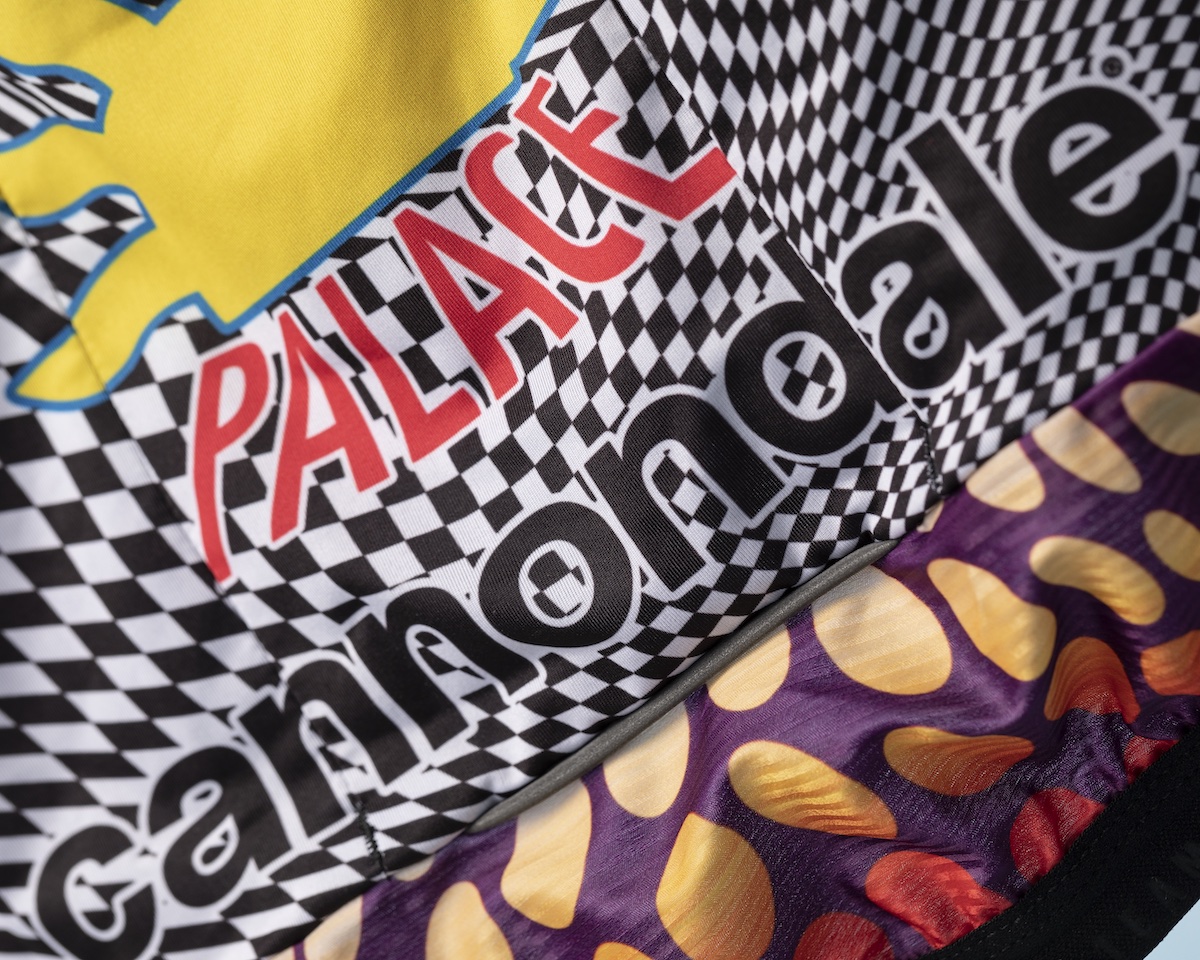 For EF Pro Cycling fans or anyone who couldn’t take their eyes off that brightly festooned team, though, the cost of entry figures to be a pittance.

On their websites it clearly says “unlimited entries” …

From the first sentence of the description…

“Welcome to the hottest raffle on the interwebs. Buy a ticket, win big. $10 a ticket, UNLIMITED ENTRIES, and two chances to win! Lucky you.”

Looks like they need to make up their minds

wait….where is the money from the raffle going? I was expecting to see a note that all the money will go to a grassroots cycling org or is it just lining the pockets of the pros closet?

We as consumers are accustomed to thinking that when we hear “raffle” that there will be a great cause benefiting from it. Since this isn’t the case here it’s just a way to maximize profit.

The Pro’s Closet is a private business in a free market country, so they can do what they want with their bike, but is it a good idea? I don’t think so. Not a classy move The Pros Closet, and a missed opportunity to do some good.