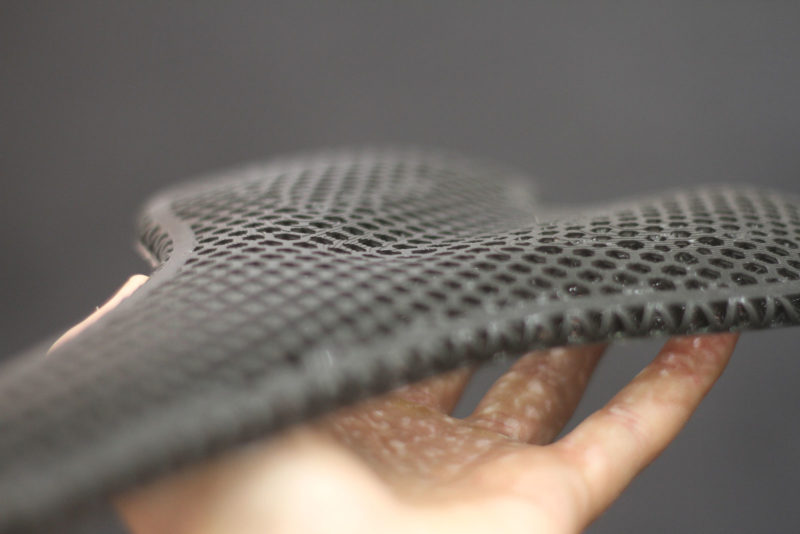 Endura were flexing their innovation muscles at Eurobike, showing off the first 3D Printed Chamois Pad that will make it into production bibshorts. Their 2023 Pro SL 3D Matrix EGM Bibshort was developed with Carbon 3D and “Ergonomistry” expert Phil Burt – at the heart of it is the 1000 Series 3D Matrix, that isn’t hugely dissimilar to the lattice constructions seen on 3D Printed saddles. 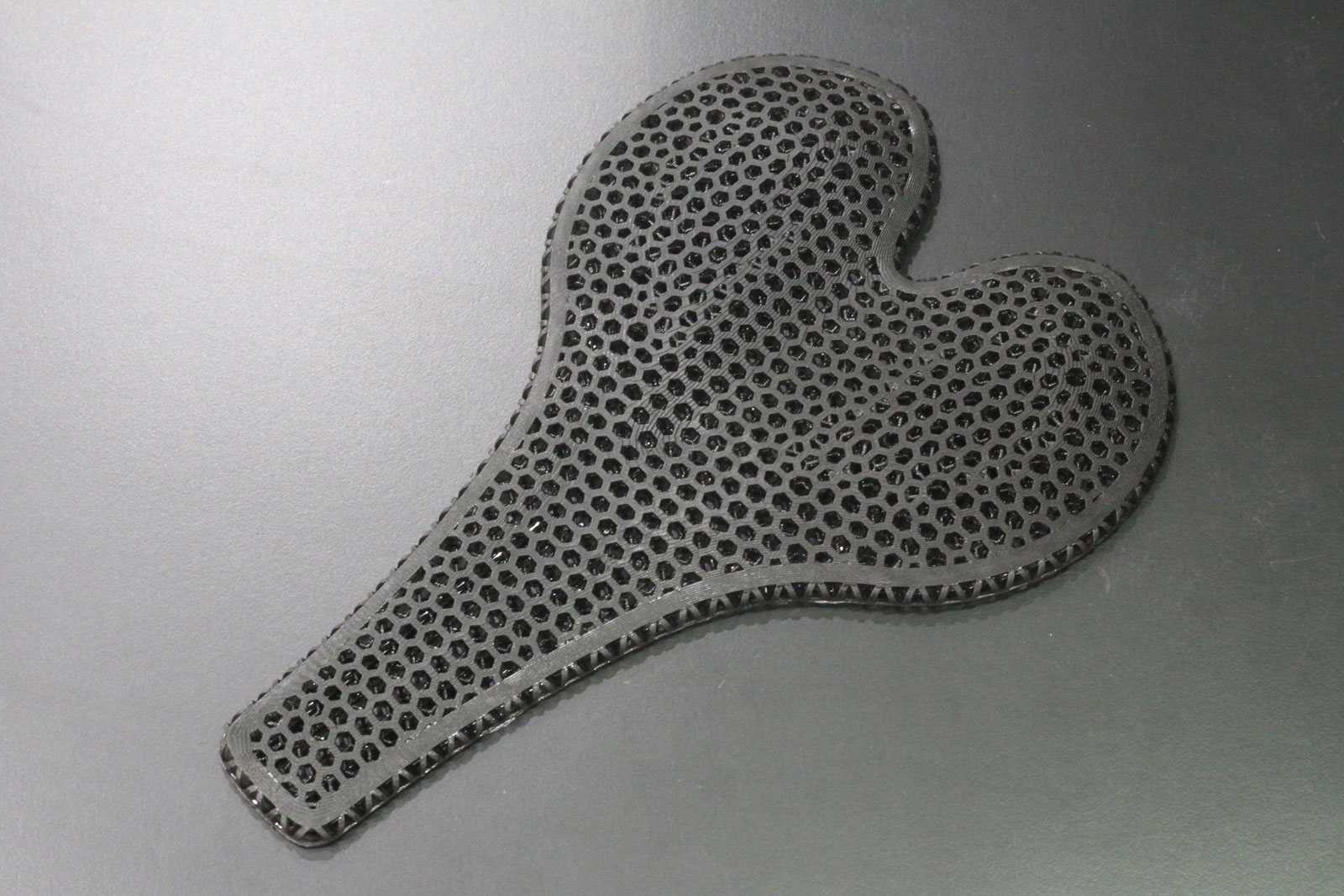 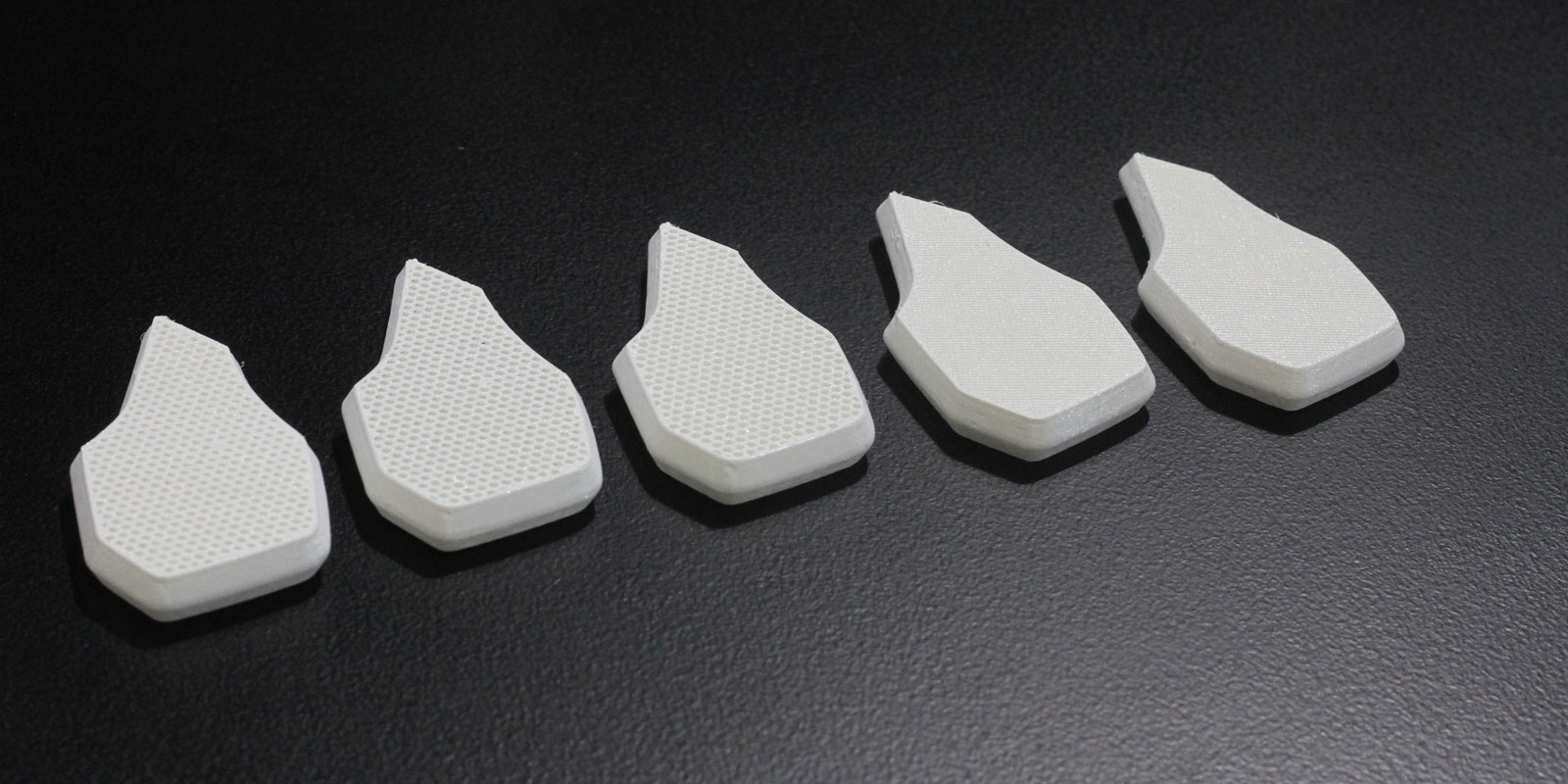 The lattice construction of the Endura Pad made by Carbon 3D looks to be much more open than that of the examples we saw from Elastic Interface. The two pad types use a similar manufacturing method, and their distinct lattices look to engineer varying stiffness and rebound properties across the length and breadth of the pad to provide support where it is most needed. 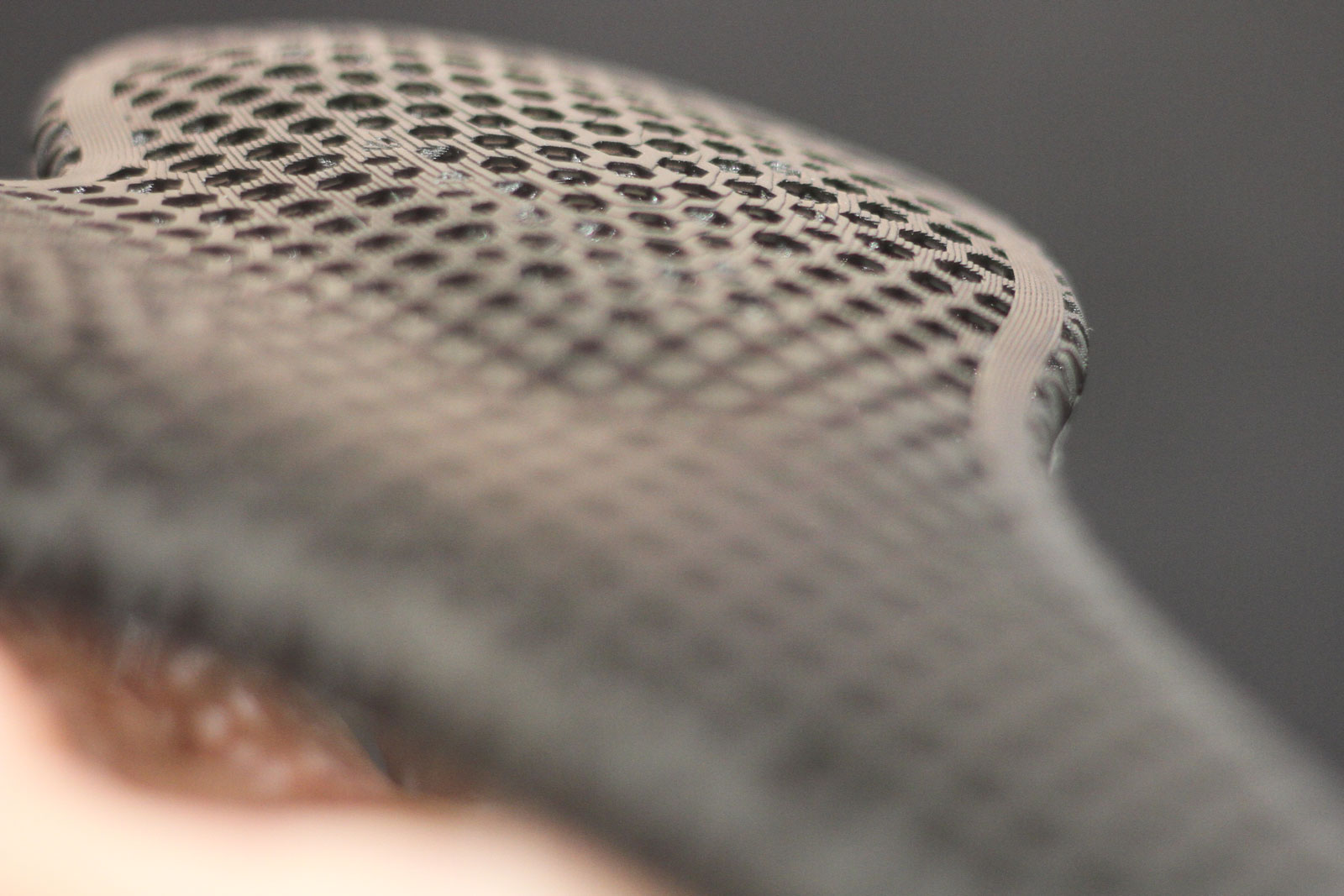 At the time of writing, Endura is the only brand we are aware of who are incorporating a 3D Printed Chamois Pad into their bibshorts, though we expect many more will follow

We were able to feel distinct areas of differing densities across the 1000 Series 3D Matrix Pad; it was noticeably firmer at the intended sit bone area, and much more easily compressed around the edges. It also allowed for some level of stretch, too, which could help to further minimize undesirable friction at the bottom-pad interface. 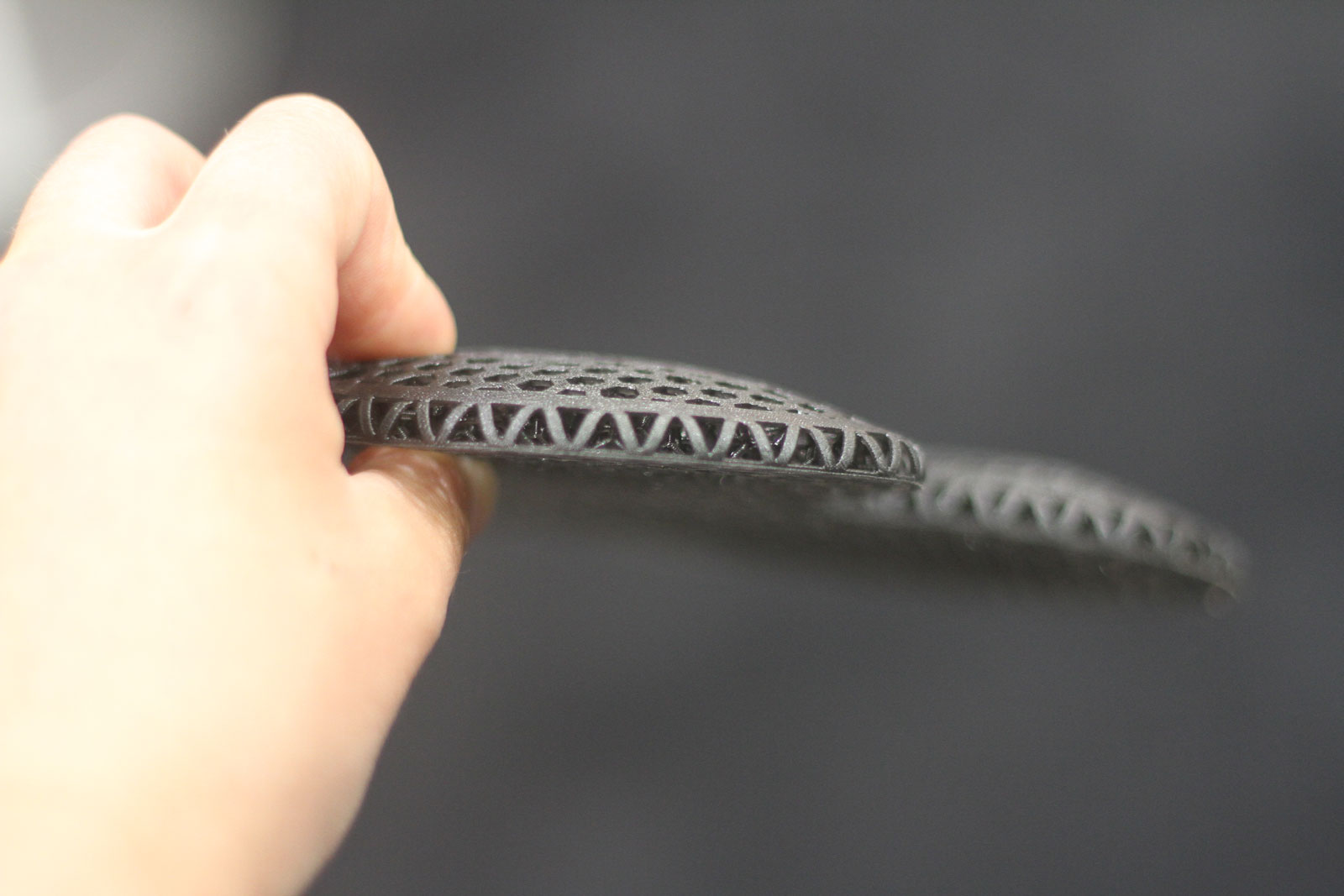 Endura tell us a particularly challenging part of the design process was working out how to sew the pad into the shorts securely, and in a durable fashion. They also paid particular attention to the durability of the mesh layer that sits atop the pad, an area that would be liable to wear from the rough surface of the 3D printed pad.

Proposed advantages of a 3D Printed Chamois Pad include improved longevity; the 3D construction should give the pad a longer lifespan, with a slower deterioration of the support provided. There is also less material used, so the pad should be lighter than an equivalent pad made from more traditional multi-density foams. Finally, it seems the pad could hold onto less moisture, too; the matrix has wider spacing than a foam, so should allow moisture to escape more easily, making the pad even lighter in terms of real riding conditions, and more comfortable; we’re all far too familiar with that riding in a nappy like feeling, right? 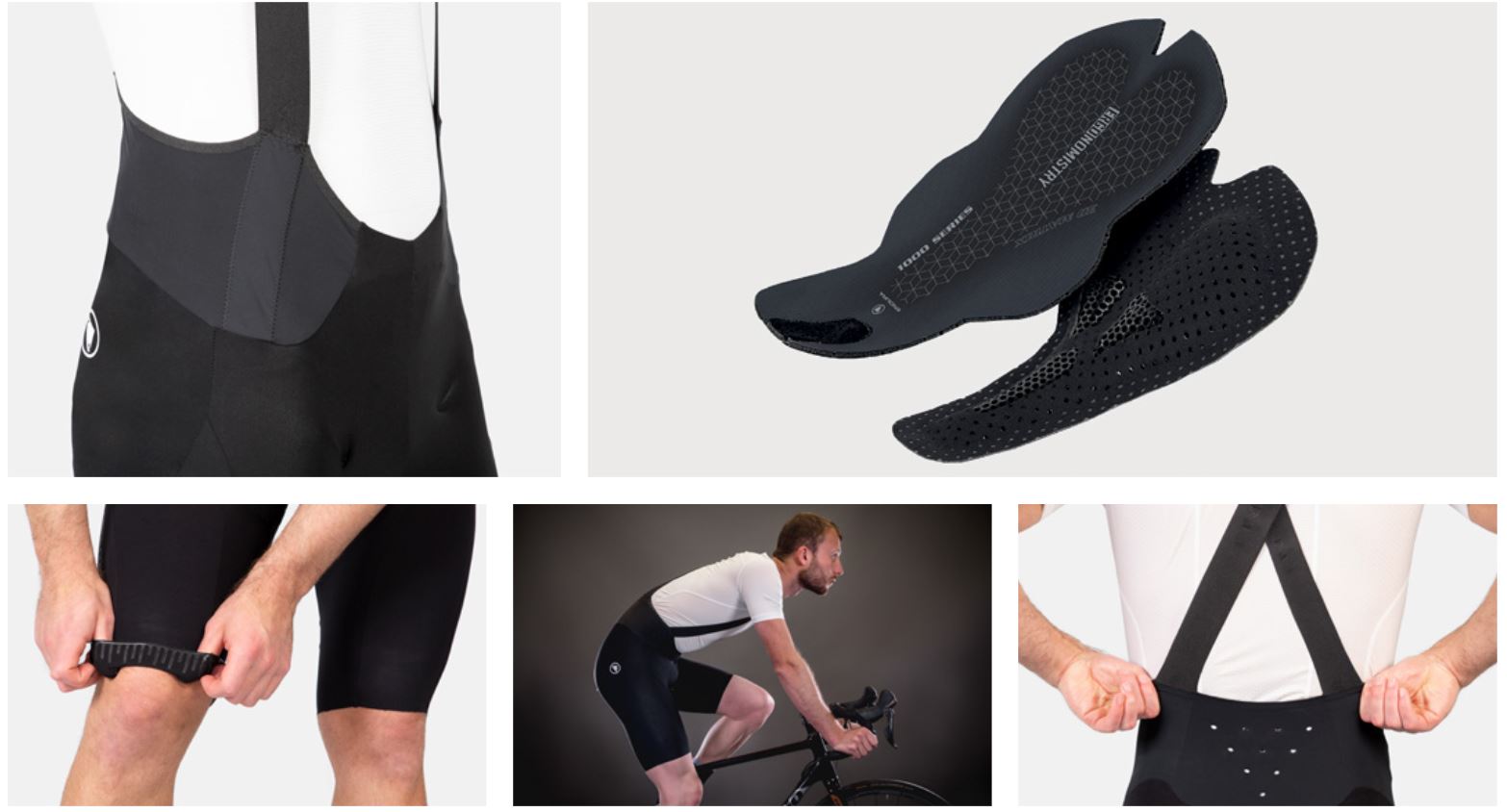 The 3D Matrix EGM pad isn’t the only update for this latest version of the Pro SL Bibshort. Again, it is made from quality Italian power Lycra 4-way stretch woven fabrics, but this iteration gets more all-over compression, with particular attention paid to the glutes and lumbar panels. More compression in these areas serves to encourage activation of the glute muscles which in turn should improve the efficiency of each pedal stroke; these changes are the result of input from physiotherapist, Phil Burt, who also provided much input on Endura MT500 Burner range of clipless and flat pedal MTB Shoes.

I really don´t see why i would want that many “edges” that close to my skin. This has got to lead to a fair amount of “Sitzpickel”
Also i don´t get which problem they are trying to solve? Apart from the marketing problem of not having a 3D printed product?

Looks like it has a top sheet layer in the photos so its not a cheese grater.
This hypothetically will last longer than closed cell (which gets crushed over time) and breathe/dry a lot better which seems important in that area.