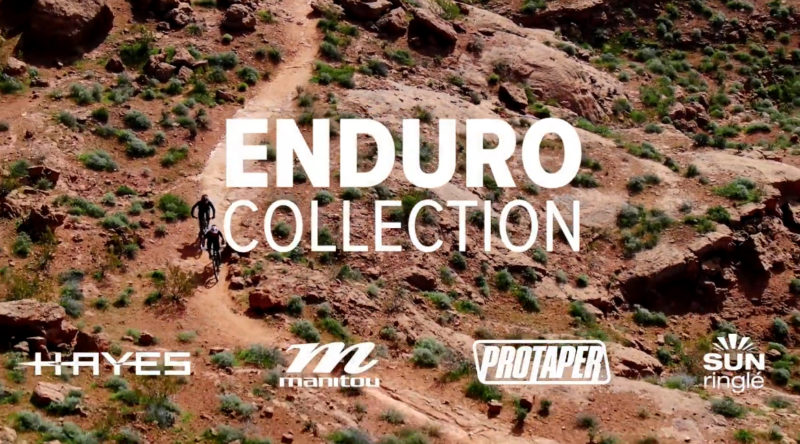 Remember those unannounced components from Hayes Performance Systems that we spotted hanging around Sea Otter? It would appear that Hayes is closer to launching them than we expected.

While they still haven’t made any formal announcements, they did just post this video to their youtube channel that outlines the new Enduro Collection. That led us to the Hayes website where the Mezzer and Mara are already listed. Technically, part of the Collection has already been announced with their impressive Dominion A4, but at the time, Hayes wasn’t letting on that it was part of an entire group of components aimed towards Enduro. 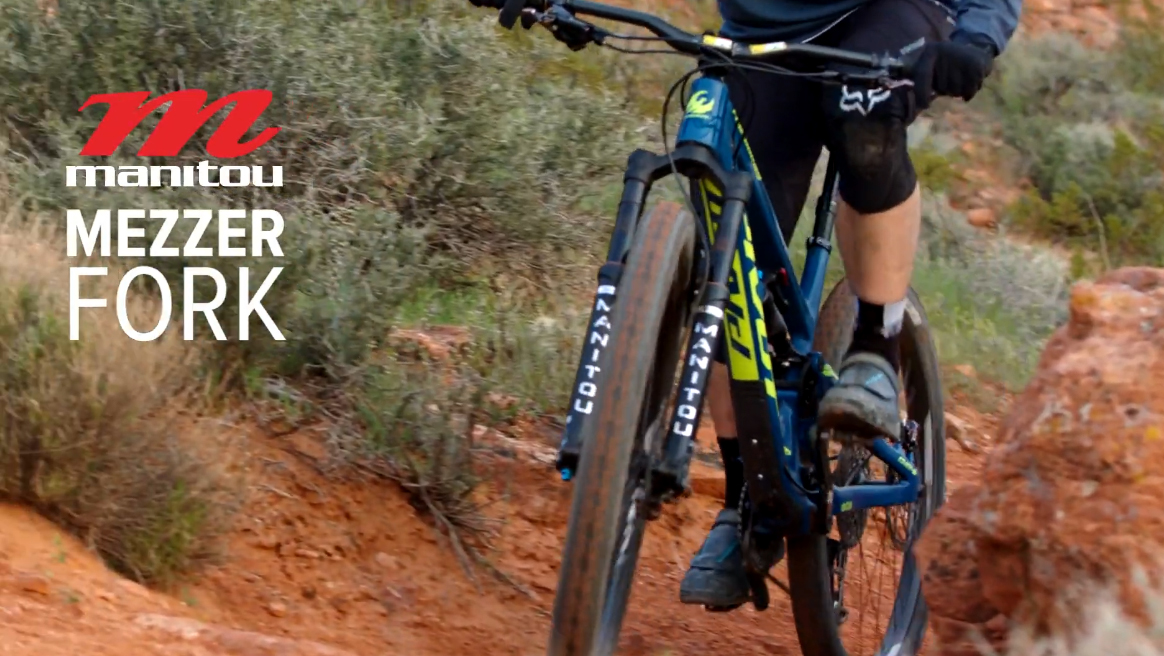 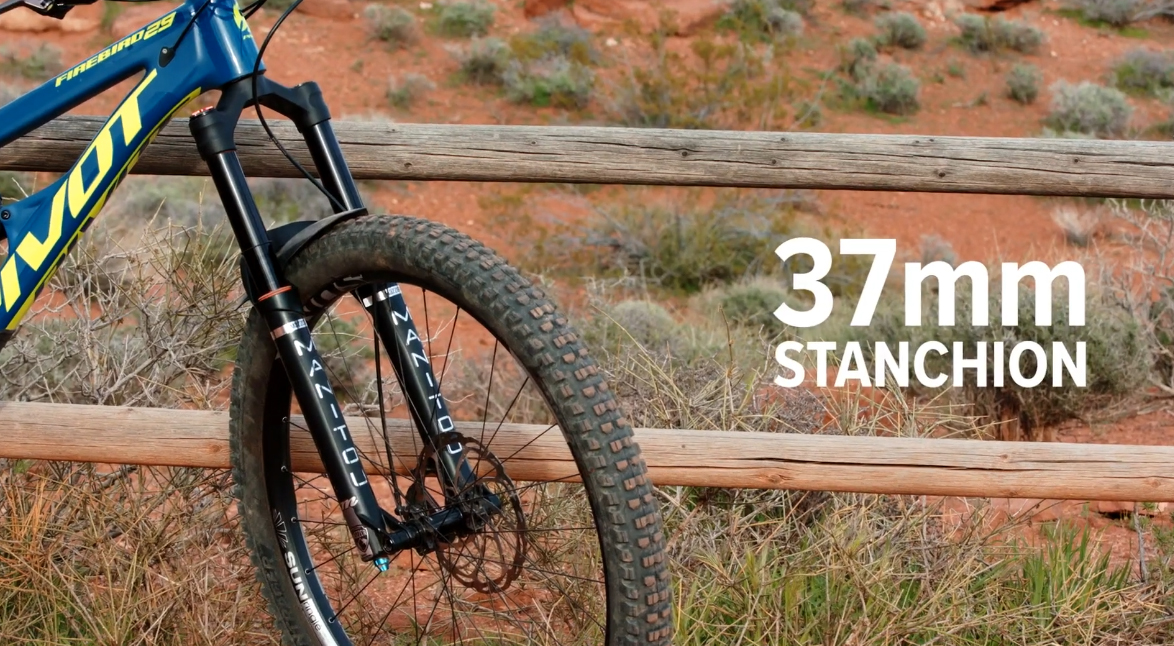 The video confirms that the Mezzer suspension fork will run 37mm stanchions with 180mm travel in both 27.5 and 29″ versions, while the site indicates that the fork is internally adjustable in 10mm increments down to 140mm. It also claims that it’s torsionally stiffer than any fork available and offers independent high and low speed compression adjustment from the MC² damping system with an adjustable TPC Cartridge for the rebound damping control. A Dorado Air spring with IRT (Infinite Rate Tune) is used and the whole fork is said to be just 4.4lbs for a 27.5″ in 180mm travel. 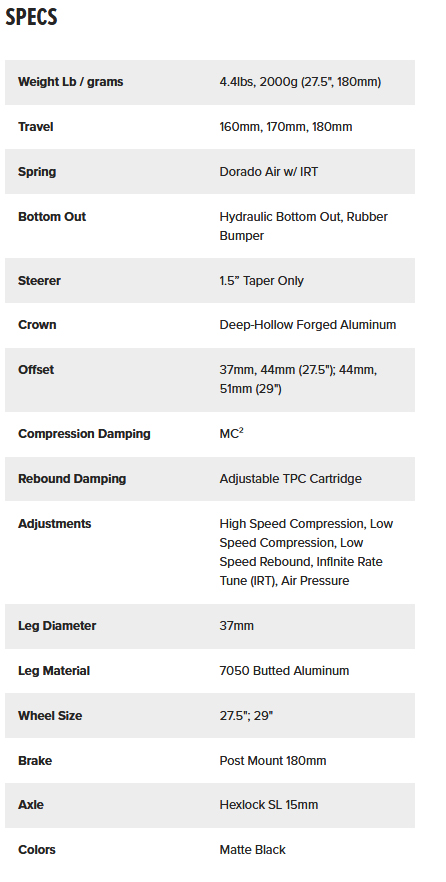 According to the specs listed on their website, the fork will have a 37mm or 44mm offset for 27.5″ wheel, and 44 or 51mm offset for 29″ wheels. A Hexlock SL 15mm axle is used to secure the wheel, and the fork is compatible with their custom direct mount fender. Suggested retail price is listed as $999.99 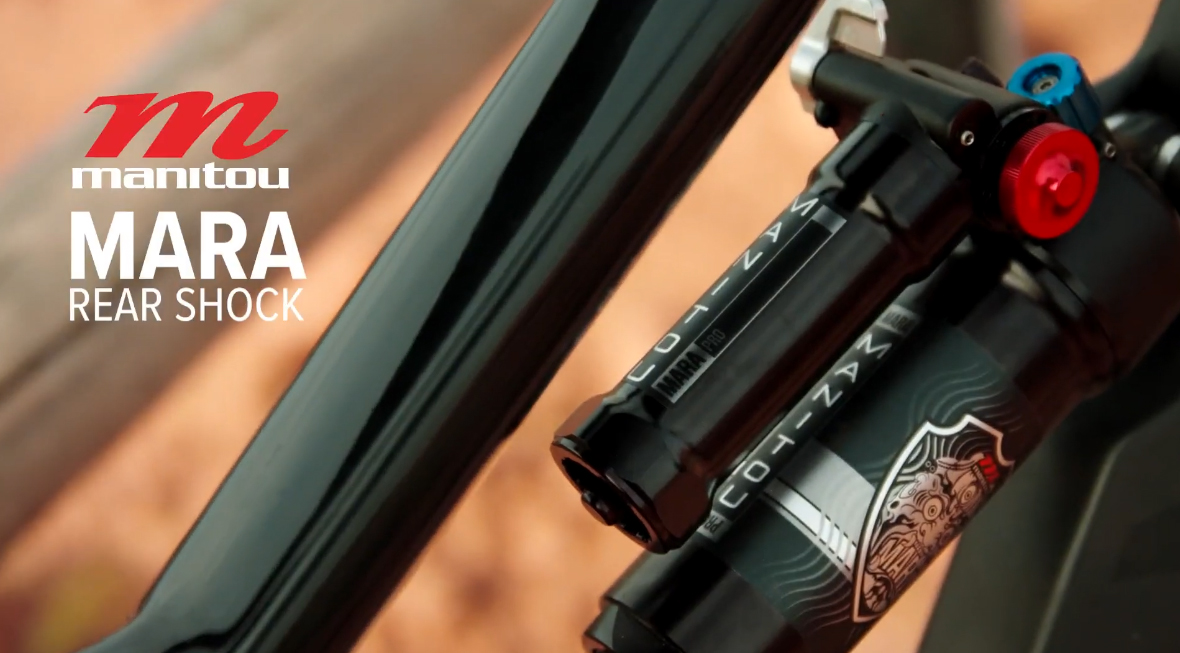 The Mara rear shock offers a ‘Party Mode’ and ‘Work Mode’ instead of the typical lockout. This claims to give the bike XC like climbing abilities and DH descending abilities. 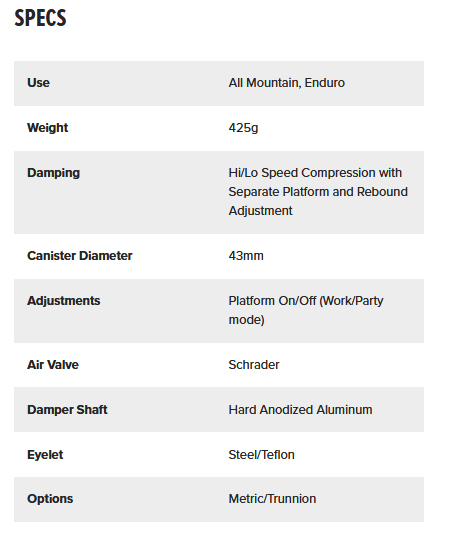 The Mara will be offered in Metric and Trunnion mounts with what’s listed as high and low speed compression adjustments with a separate platform (for pedaling we assume) and rebound adjustment. The shock weighs in at a claimed 425g with a 43mm canister. This is one we’ll definitely have to get some more information on. 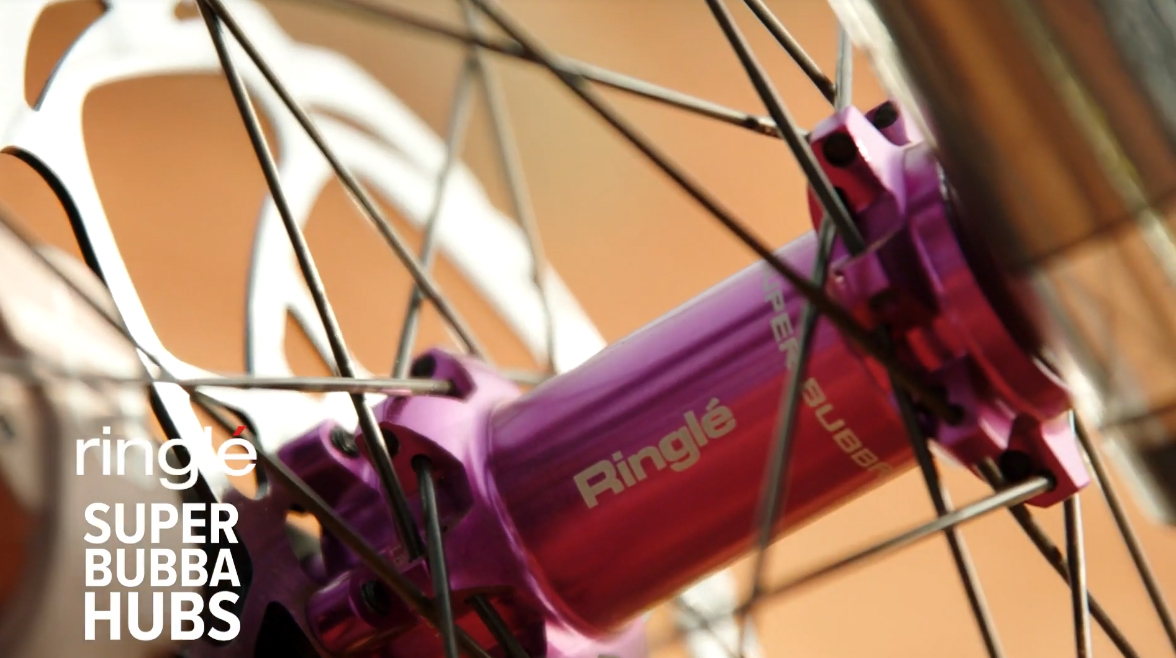 The video also seems to confirm the return of the Sun Ringle Super Bubba hubs built into tubeless ready wheels. These will be built to the Sun Ringle Duroc SD37 Pro rims we spotted will also be a part of the collection, which have a 32mm inner width. 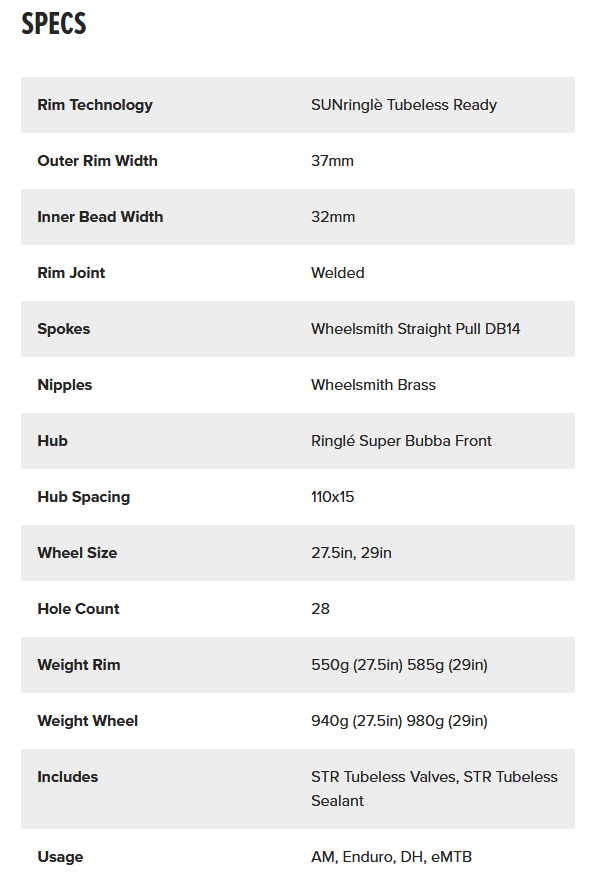 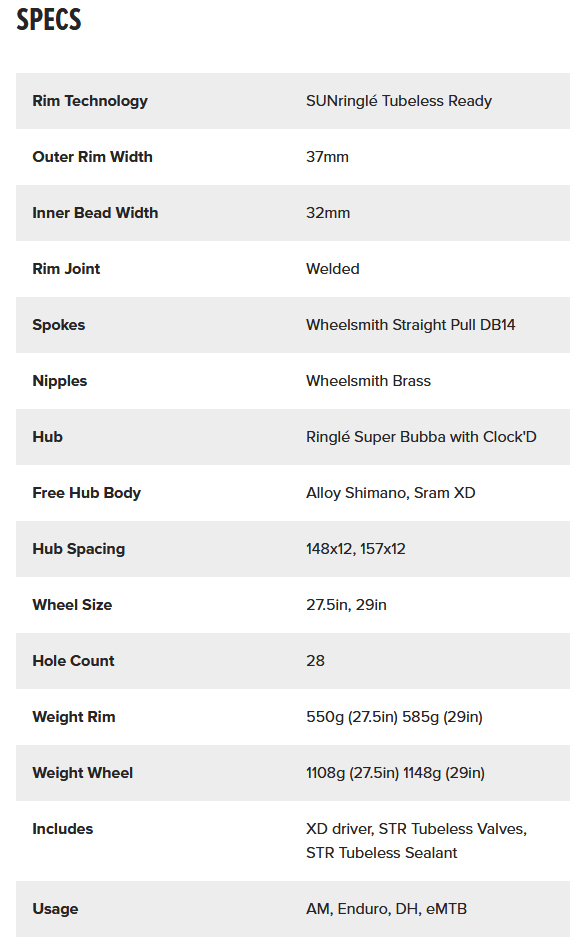 The Duroc 37 Pro wheels are also listed on the website, but with minimal information. The rear hub is listed as the Super Bubba with Clock’D, but with no explanation yet of what that means. Our guess is it is some kind of freehub drive mechanism that will make these hubs unique. 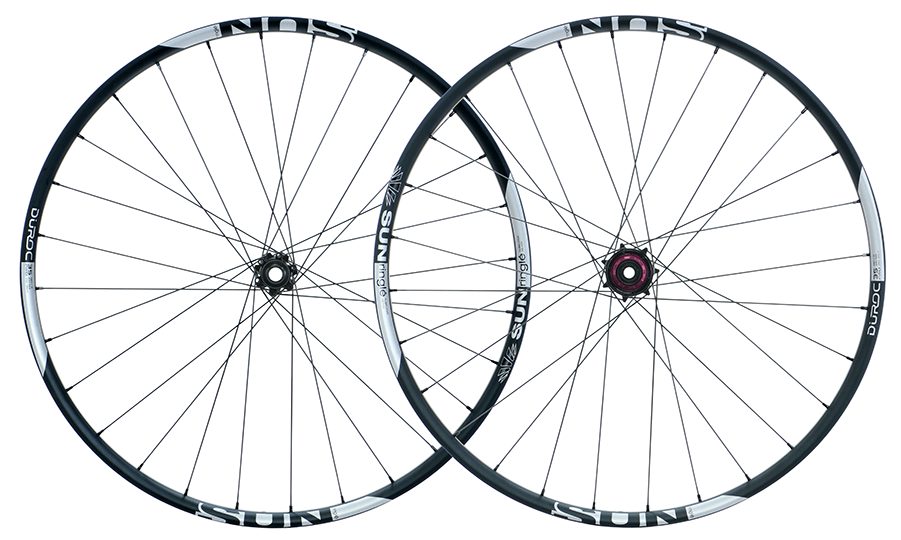 At least on the front, the Super Bubba is also found on the Duroc 35 Pro wheel build which uses a slightly narrower rim with a 31mm internal.

More as soon as we get it!