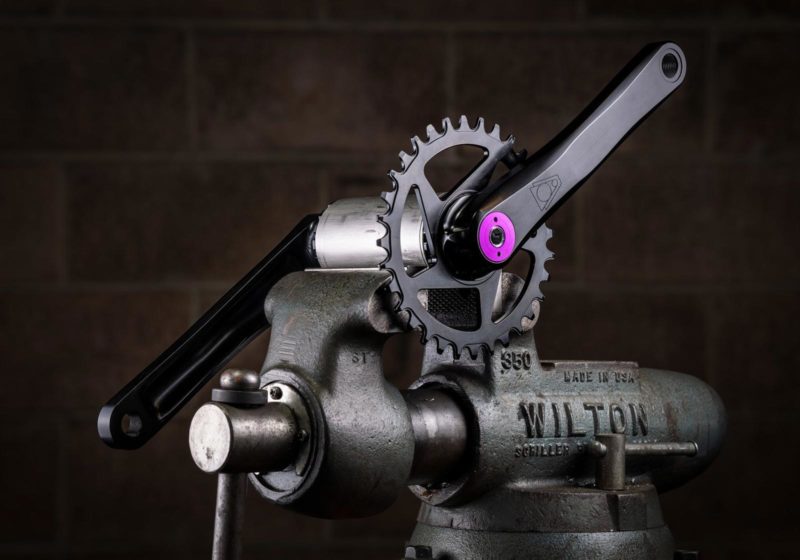 Engin Cycles has expanded its range of bicycle components to include a 1x dedicated crankset for Gravel and Mountain Bikes. The Port Royal Crankset, named after a pave road in Philadelphia that is “at the tipping point of a driveable surface”, is available in 165mm, 170mm and 175mm crank arm lengths with two spindle lengths designed to work with any standard 30mm bottom bracket. 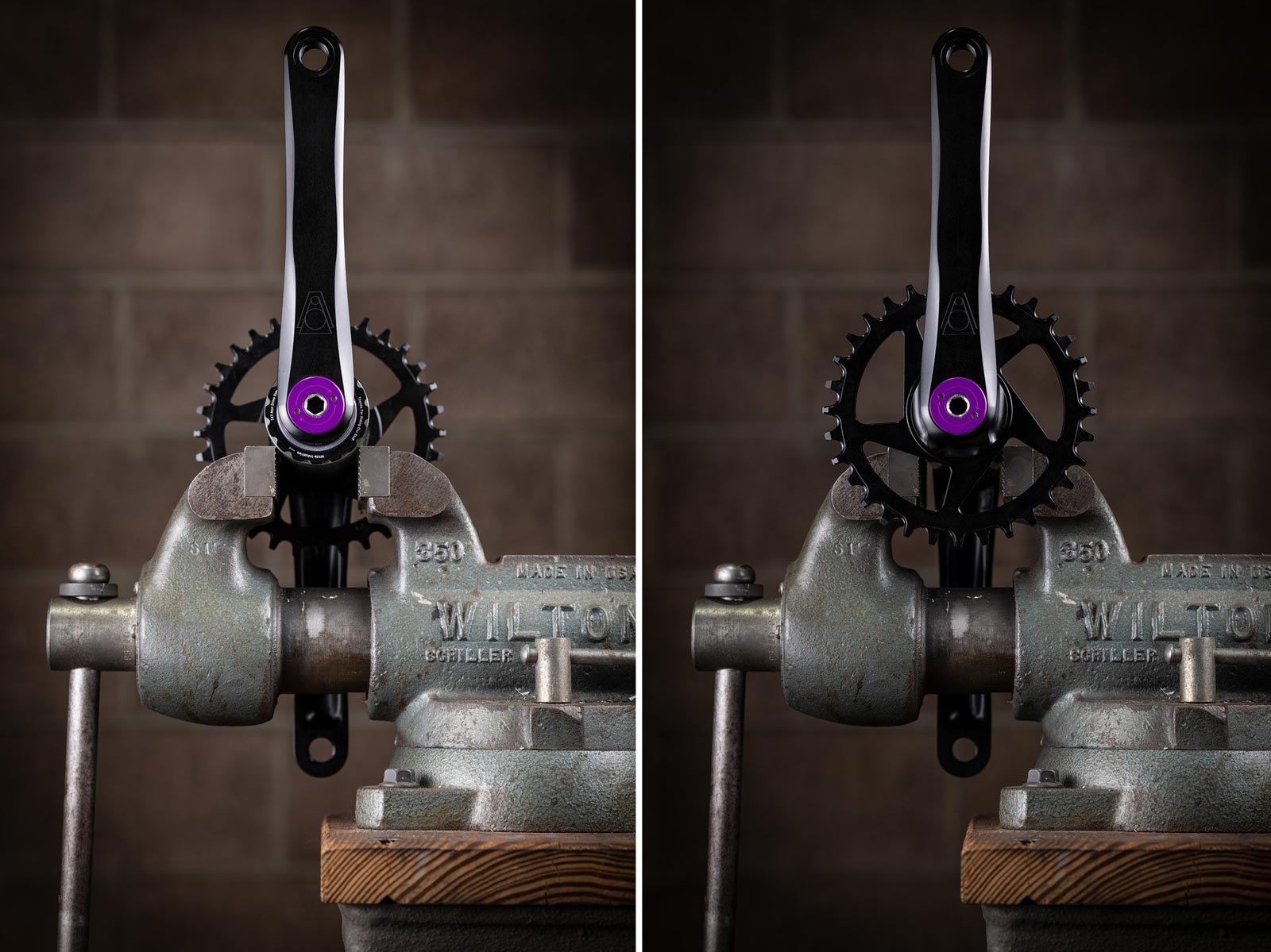 Joining the 35mm precision machined MTB stems and seat clamps is Engin Cycles first crankset, the Port Royal. Though it sure is very aesthetically pleasing, Engin’s founder and sole fabricator, Drew Guldalian, named it after a famous cobblestone road to indicate its true intentions as a workhorse component, rather than something that is simply nice to look at. 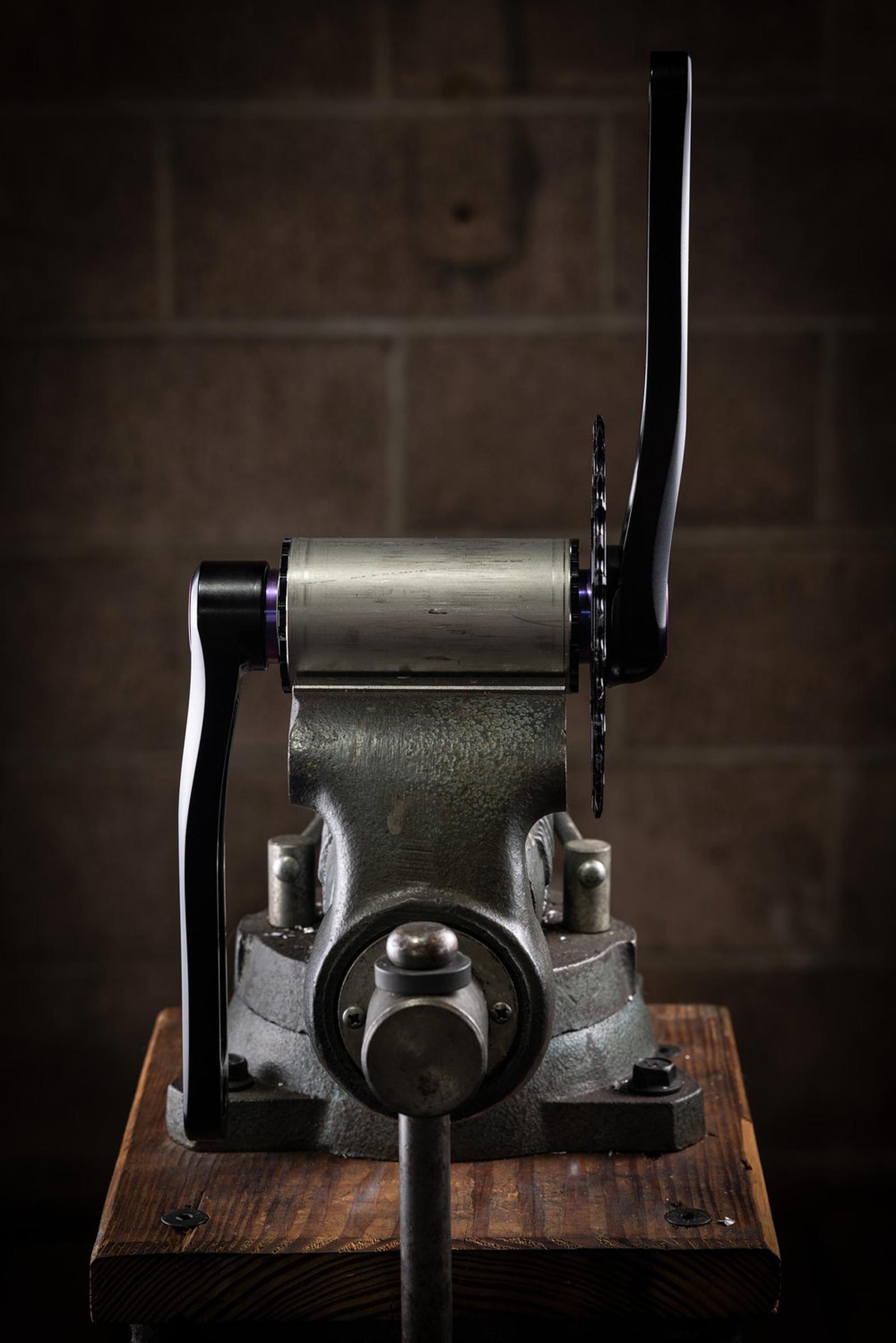 Machined in-house in Philadelphia, PA, the cranks and spindles are both made from US sourced 2024 aluminum, while the rest of the parts (bolts and extracting caps) are made from US-sourced 6061 aluminum. There are two cranksets that both run a 30mm spindle and a 3-bolt direct mount interface for chainrings or spiders; the mountain crankset has the longer spindle for 73mm and 91.5mm assemblies, while the gravel road crankset is shorter to support 68mm and 86.5mm assemblies. Both have successfully passed testing by an ISO 4210 certified lab.

There’s more to come from Engin Cycles with a new stem design in the works, to be available in several lengths and handlebar clamp diameters. Watch this space.

The Engin Port Royal Crankset retails at $575. Only the 170mm crankset is available at the time of writing. Only 100 are available; choose between Gravel or MTB spindles, black or silver crank arms, and a black or purple extracting cap. The 165mm and 175mm options are to follow in late spring/summer.

Very cool product. I need one of these to match my seat collar (excessive I know). Too nice not to own.