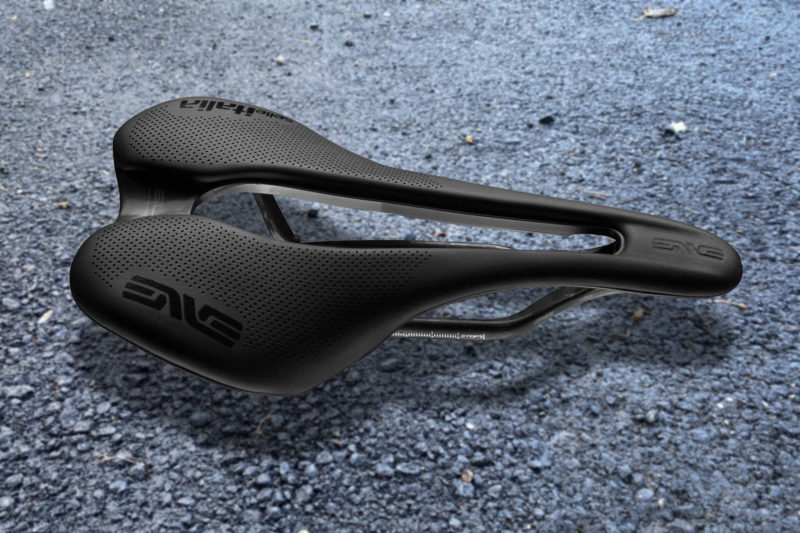 ENVE has two new Boost SLR saddles in two widths each that subtly tweak Selle Italia tech (and naming order) to cater to ENVE’s own on and off-road clientele. Pick from either a lightweight full carbon shell & rails or a reinforced nylon shell & titanium rails to keep prices down without adding much weight. In fact, ENVE’s short SLRs are essentially the same weight as the Selle Italias +/- a few grams, but are the same price or even cheaper than their Italian analogs… 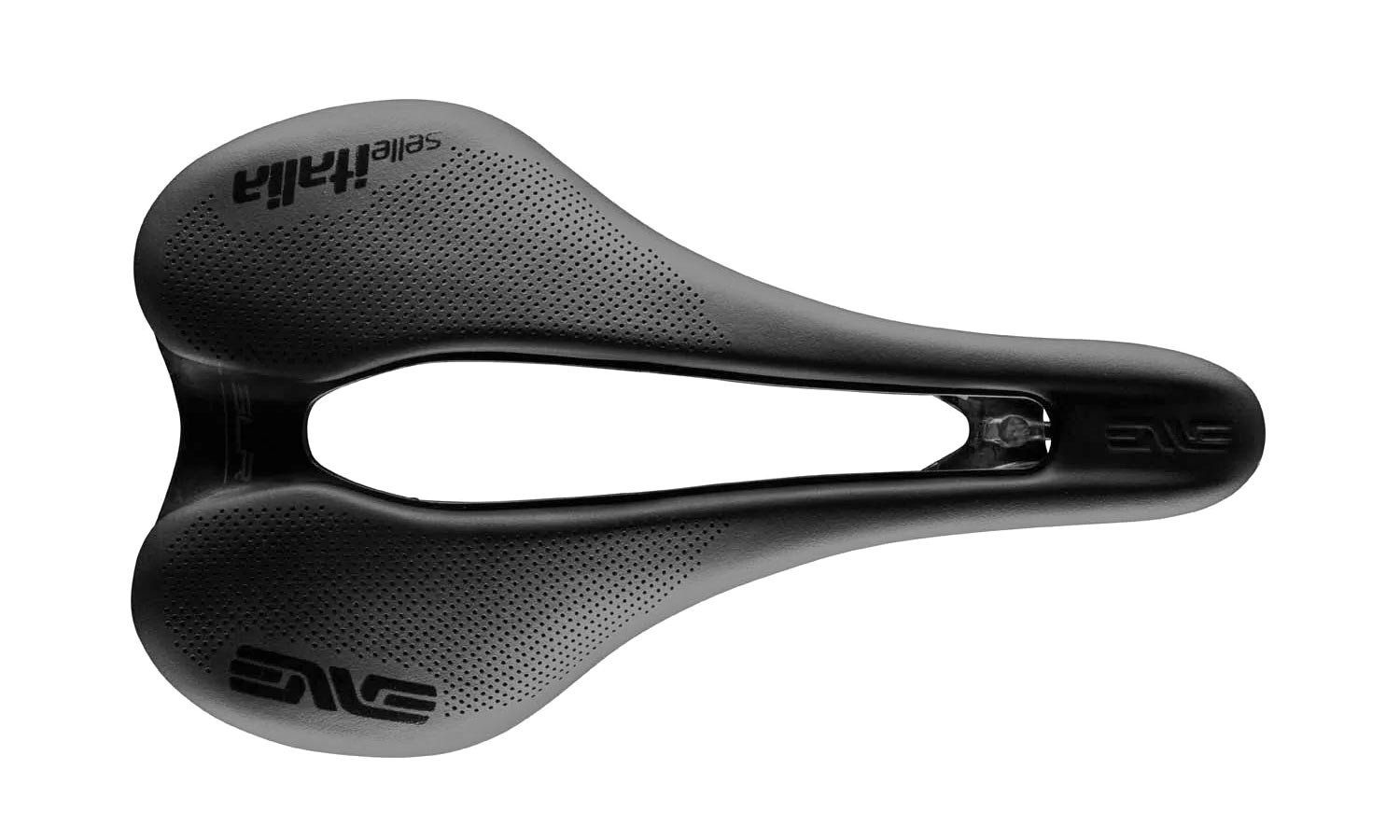 ENVE says that when it came time for a collaboration to develop their own saddles, it was a pretty obvious choice to partner with Selle Italia. It’s hard to beat the “experience, tradition, and expertise” of Selle Italia who have been making performance cycling saddles “far longer than anyone else” since 1897. And the lightweight short-fit Selle Italia SLR Boost Superflow saddle was a great starting point as it is such a trusted saddle across multiple disciplines.

So how are ENVE’s Boost SLR saddles different? 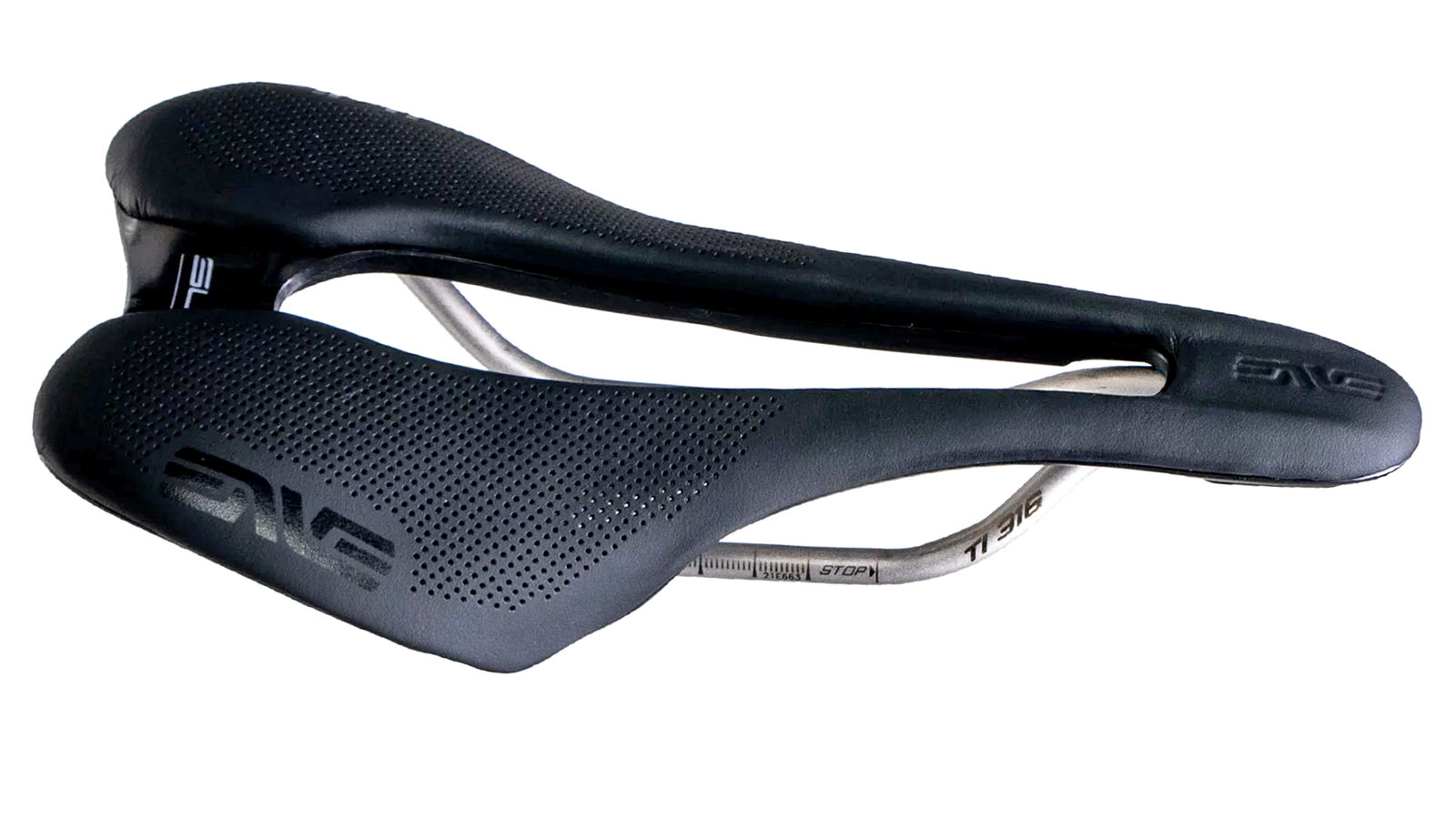 It’s really only the saddle tops that set ENVE Boost SLR saddles apart from the original Selle Italia SLRs. The ENVE saddles use a softer but still durable Soft-Tek polyurethane cover that is usually found only on lower-end Selle Italia saddles, possibly adding a few extra grams? But it allowed ENVE to create a customized perforation layout across the top of their Boost SLR saddles, and more subtle black-on black branding. 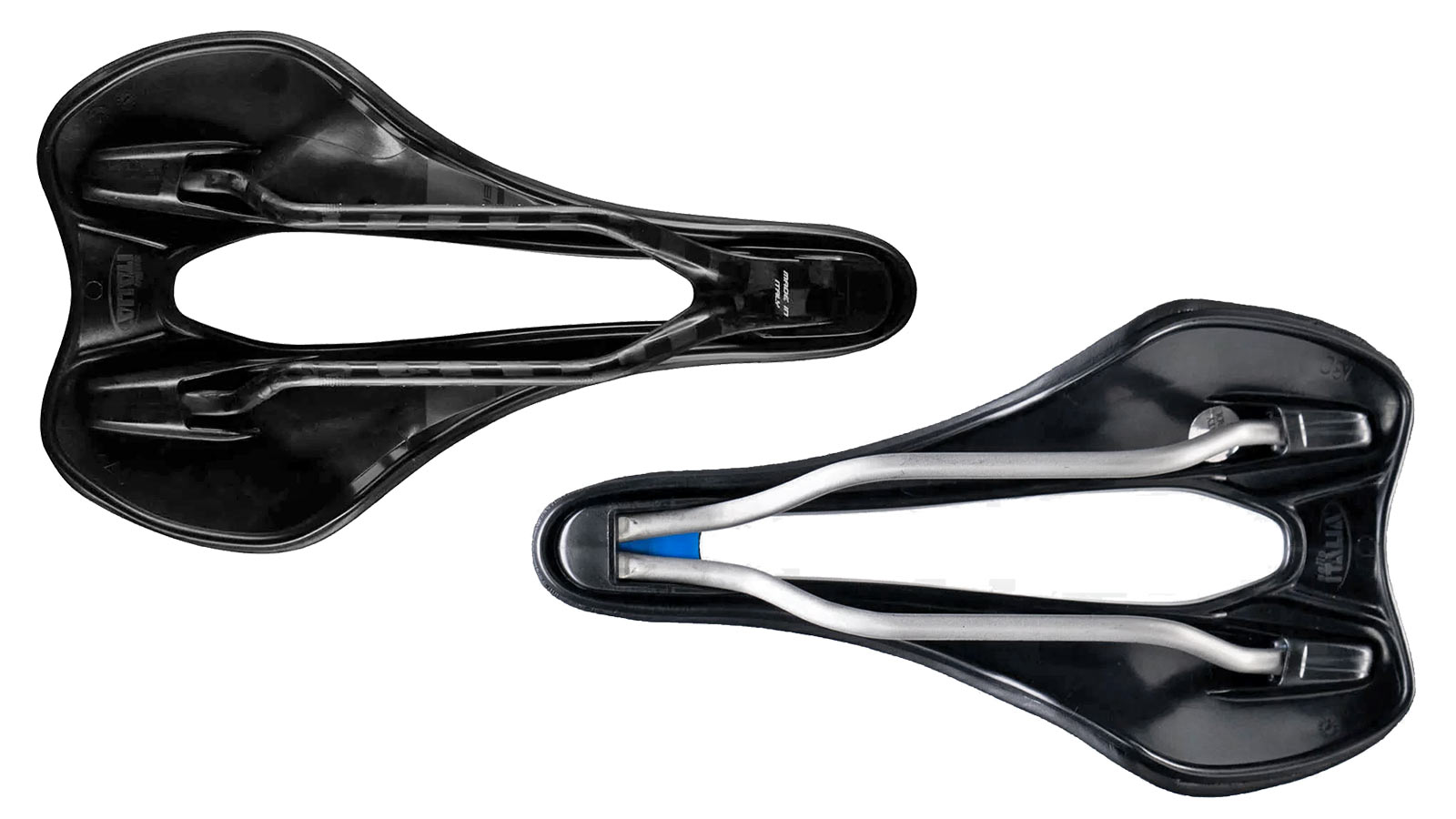 Underneath the rest of the tech is all the same, with the same 248mm long profile, full-length Superflow ergonomic cutout, and two options for either 130mm or 145mm widths.

(By the way, if you want something a bit more exotic, Selle Italia is making the SLR with a 3D-printed padded top now, too.)

Both rail options in both sizes are available now, from: 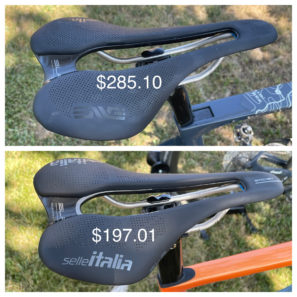