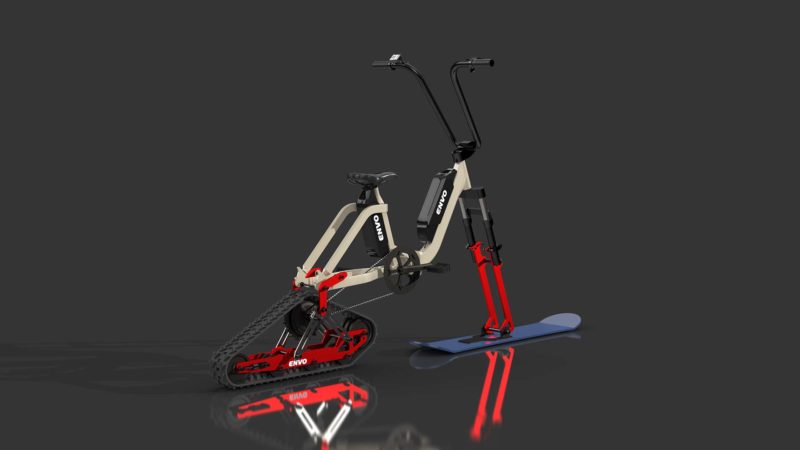 What do you call a pedal-assisted folding e-bike that is mounted on a track and ski and built for the snow? A sled? A tank? An abomination? Maybe all of the above.

Whatever you call it, the folks over at Envo have built it. Envo previously sold a snow bike conversion kit that allowed you to turn any e-bike  into a snow machine. This time, they’ve cut out the middle man, so to speak, and are offering the option in a complete build, but it’s not the only option. 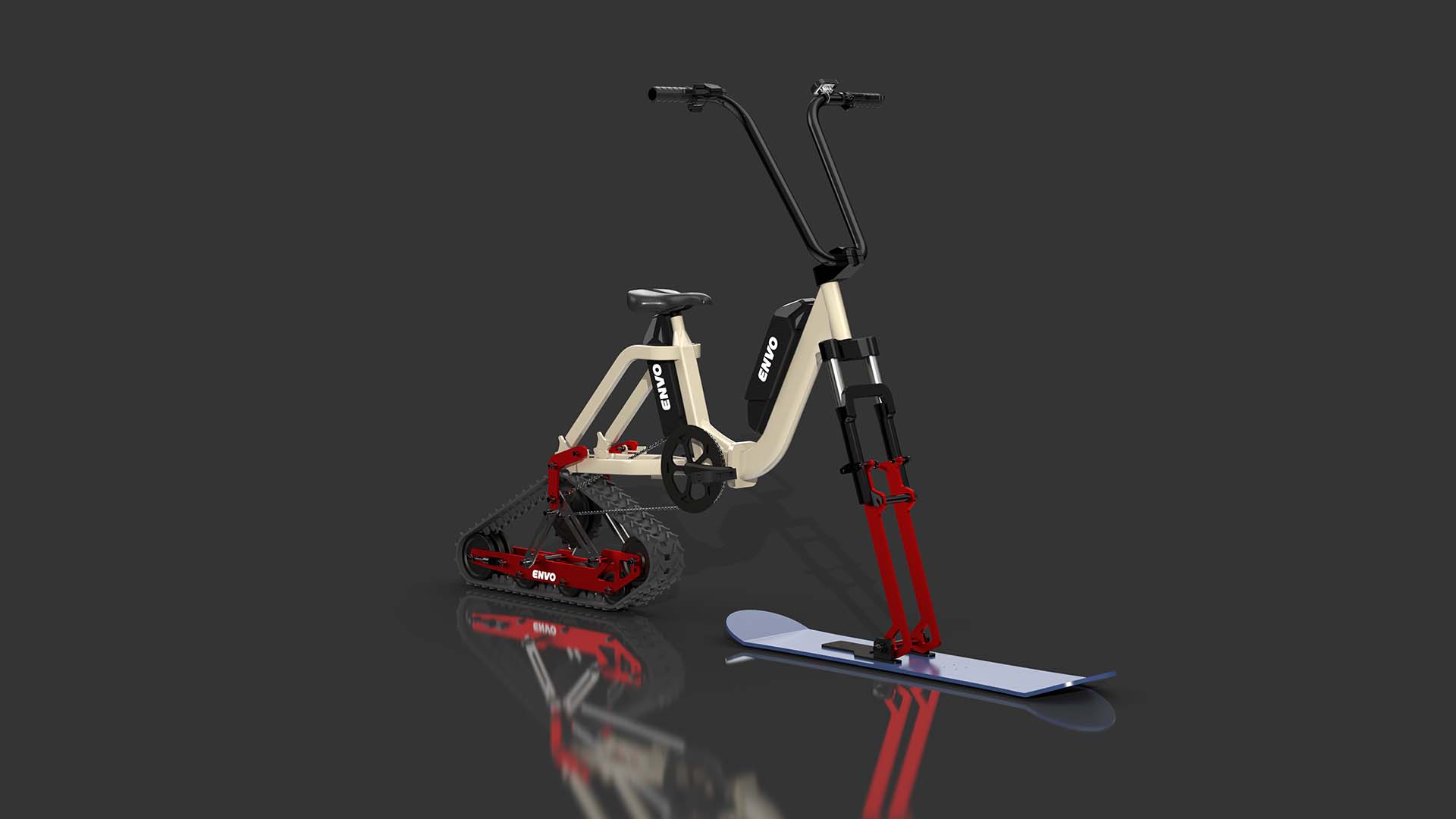 Envo’s new line of Flex bikes brings the mad scientist aspect of bike building to the table by offering four unique builds of their e-bike range that showcase truly unique designs and features including that ever-so interesting e-sled tank ride, a trike, and two other more simplified models tailored to off-road or city riding. 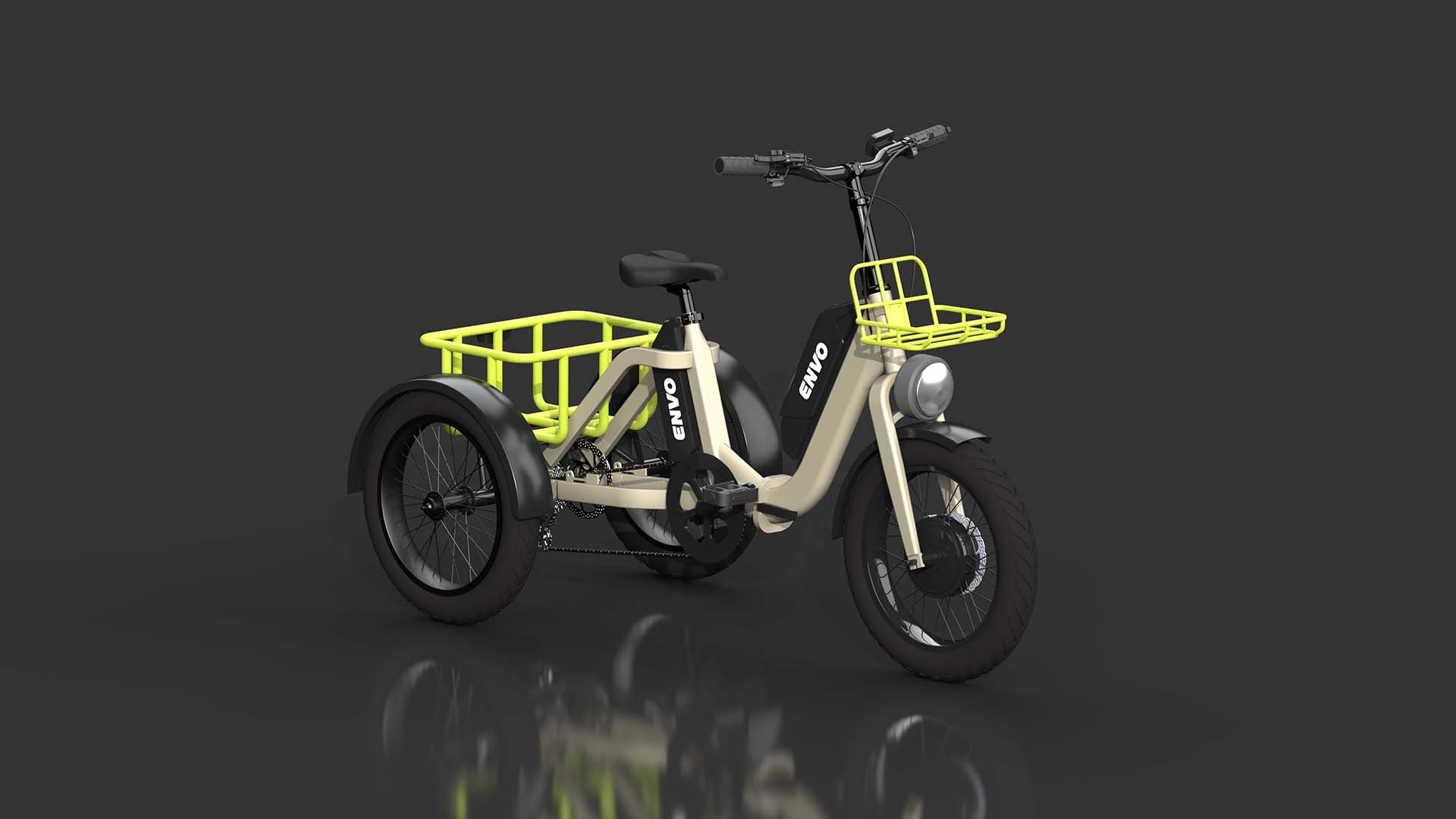 The cycling world is full of talk about build options for every type of bike. Usually, build options revolve around small details that relate to performance, weight, and comfort, like drivetrains, wheel sets, and accessories.

Envo’s Flex bikes are definitely not that.

Here’s how it works. Envo Flex bikes start with the same base dual battery-powered frame. From there, riders can select one of four options to build up around the bike to tailor it to different types of riding.

The styles include the aforementioned Snowbike. This bike is a beast of a machine that features a pedal-assisted rear track and a suspension fork out front mounted onto a ski.

The second is a trike that includes a generous amount of storage in the rear, not to mention the stability of three wheels for riders who may feel less comfortable leaning and dipping into turns.

The final two options include the Overland and Urban models. 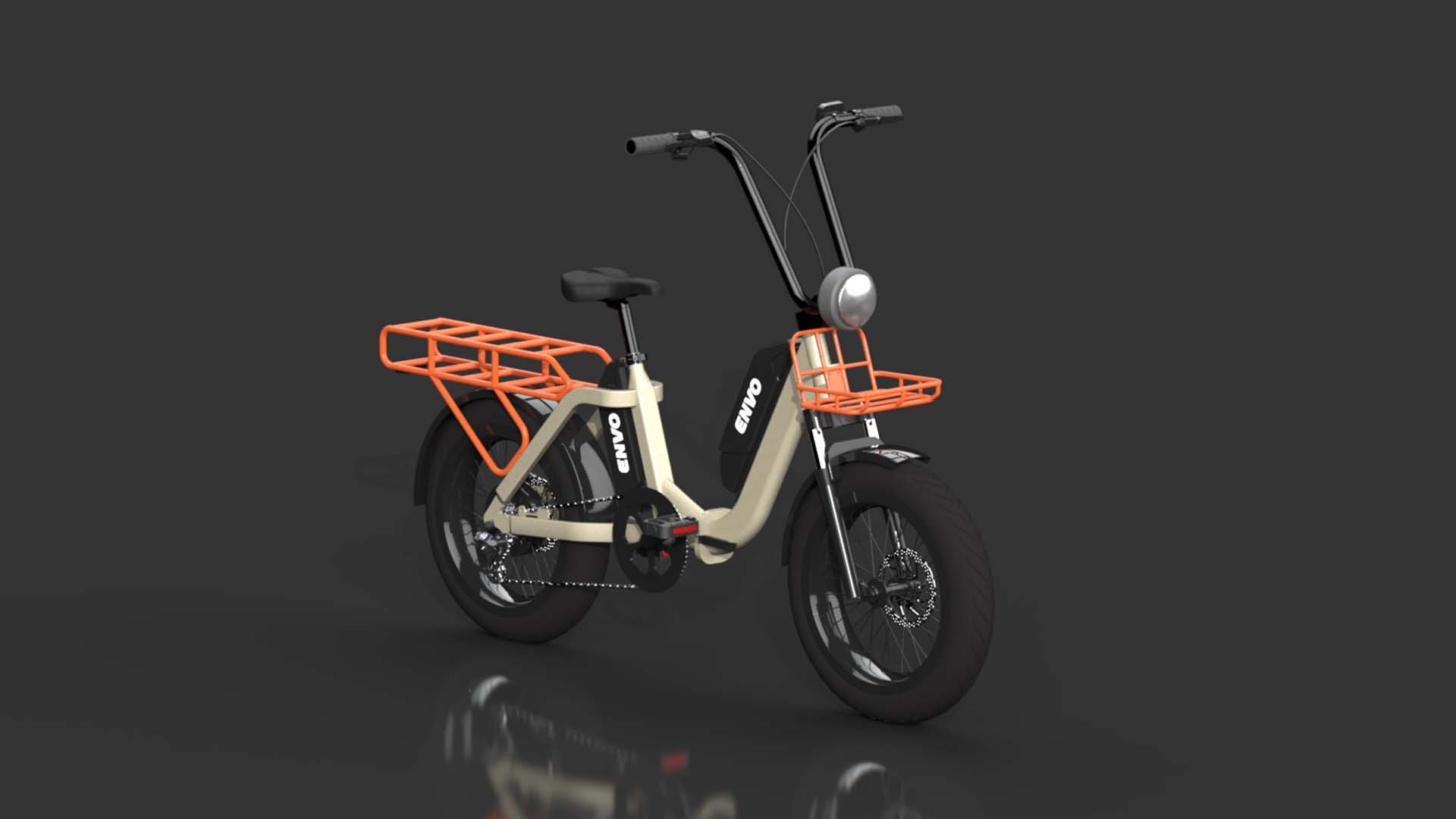 The Overland features fat tires and a suspension fork to help tamp down chunkier terrain, while the Urban comes with a rigid fork more geared towards city riding. Both of these bikes come with a front and rear cargo rack, making them capable of hauling gear, groceries, or passengers. 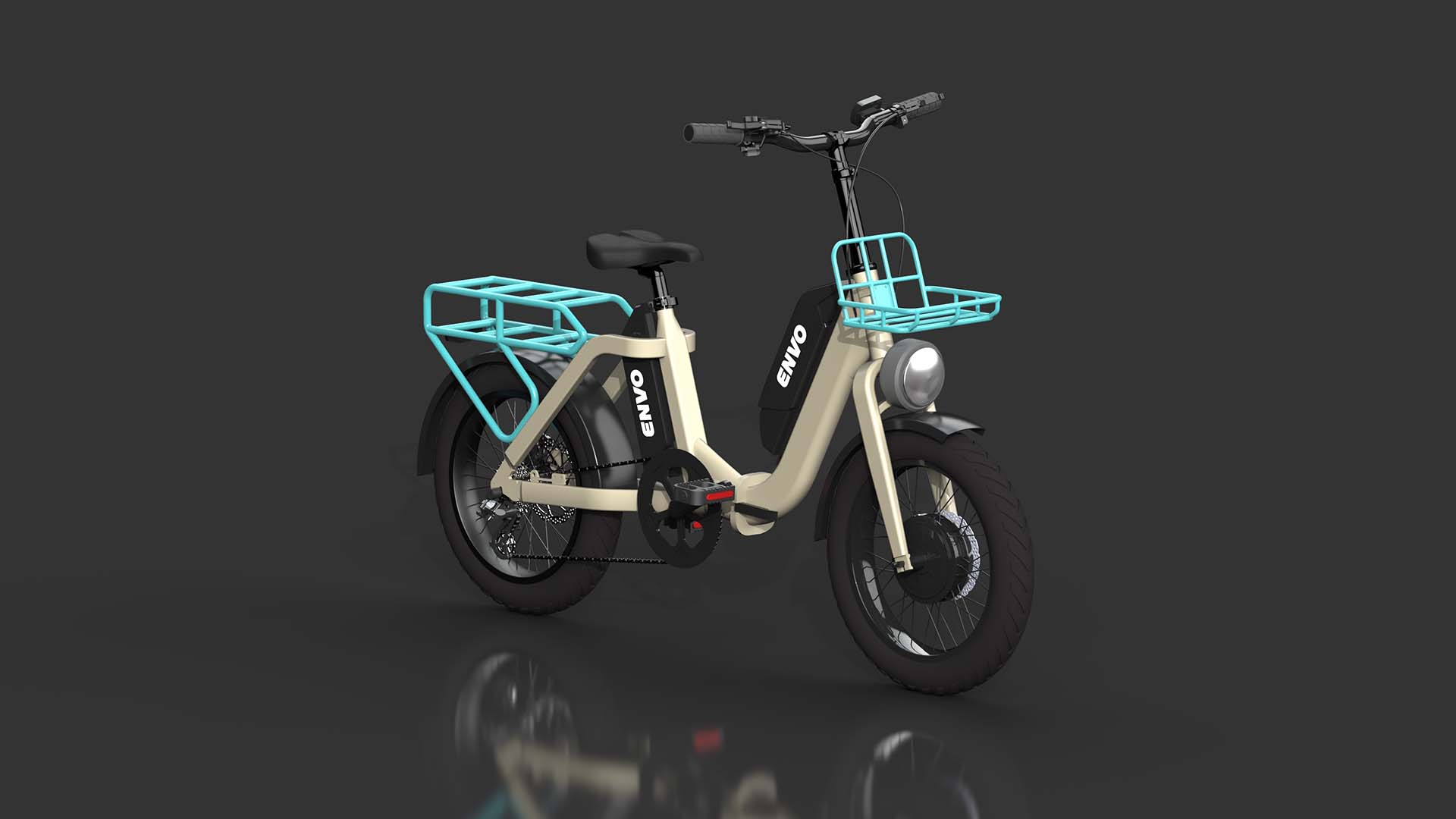 Envo says this range of bikes can shift to fit changing lifestyles since the base of the bike remains the same, making it more sustainable than other options currently on the market.

When and where will it be available?

One of the best days on a mountain ever was a long day spent at Northstar ski resort in Tahoe about 10 yrs ago where we rented “snowbikes” these Uber basic frame with a steerer and a floppy hinged ski up front and a shirt mini skin derneath the frame the seat was on a large u shaped beam that provided some.natural.speinging to offset shock from bumps. You not I said offset as it was not damped. Meaning when you hit a bump large enough to jump off it compressed and then.frewkin LAUNCHED your ass right up off the thing with a lil practice you could get nice long jumps on it and not he too badly hammered when you landed but as much fun as getting air is,…the best part was the 100/200+ yard long broadsides you could do on groomed slopes.just completely crossed up like a dirt tracker or speedway motorcycle racer SOOOO MUCH FUN!!!! I’ve Jonesed about it and having one of those rudimentary “snow bikes” ever since.

If you can pass some feedback along to Envo, then I’d suggest asking them to look into putting a linear dynamo on the suspension fork for the snow bike. Cold weather can be detrimental for battery performance, so some form of energy recovery would definitely help. (And in terms of performance, putting a dynamo on your suspension would cost nothing compared to putting it on a wheel.)

Based on the research we have done on linear dynamos, we have found that they would not produce enough power to justify the significant added cost for our customers. While cold weather is always detrimental for battery performance, ENVO specs LG MH1 18650 battery cells which are rated for temperatures as low as -20C.

Hi Allan – FLEX will be available in early March, 2022

edward, I remember those. I worked for Northstar’s parent company at the time. They had a couple seasons where they rolled out alternate snow vehicles. It was snowbikes, an stand-up snow scooter with snownboards underfoot basically (short steerable one on scooter frame, with longer one in the back), and the inflatable Zorb balls they rolled down tubing tracks. Those were fun days. The snow bikes were the most viable of those 3 things, but they all only lasted a couple seasons before they just abandoned that project.