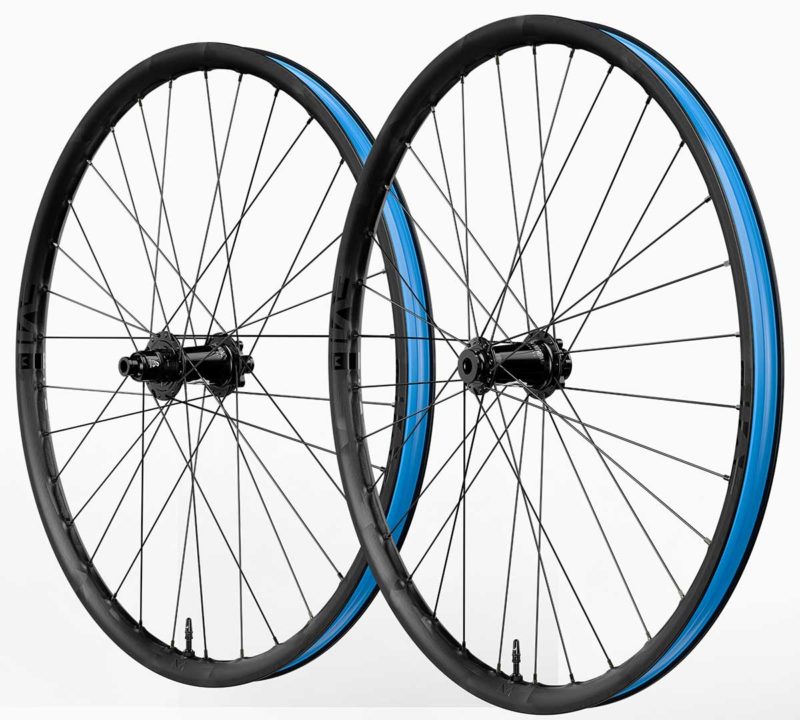 Evil Bike Co have rolled out their first ever set of mountain bike wheels, the Evil Loopholes. Cool name, but why Loopholes? Evil say that, thanks to the long-chain FusionFiber polymers that makes up the rim, they’ve been able to “get around a few problems which have not been addressed by current carbon wheels”. Principally cracks, and the harsh ride quality that sometimes comes with wheels that are simply too stiff. Here’s how they’ve done it. 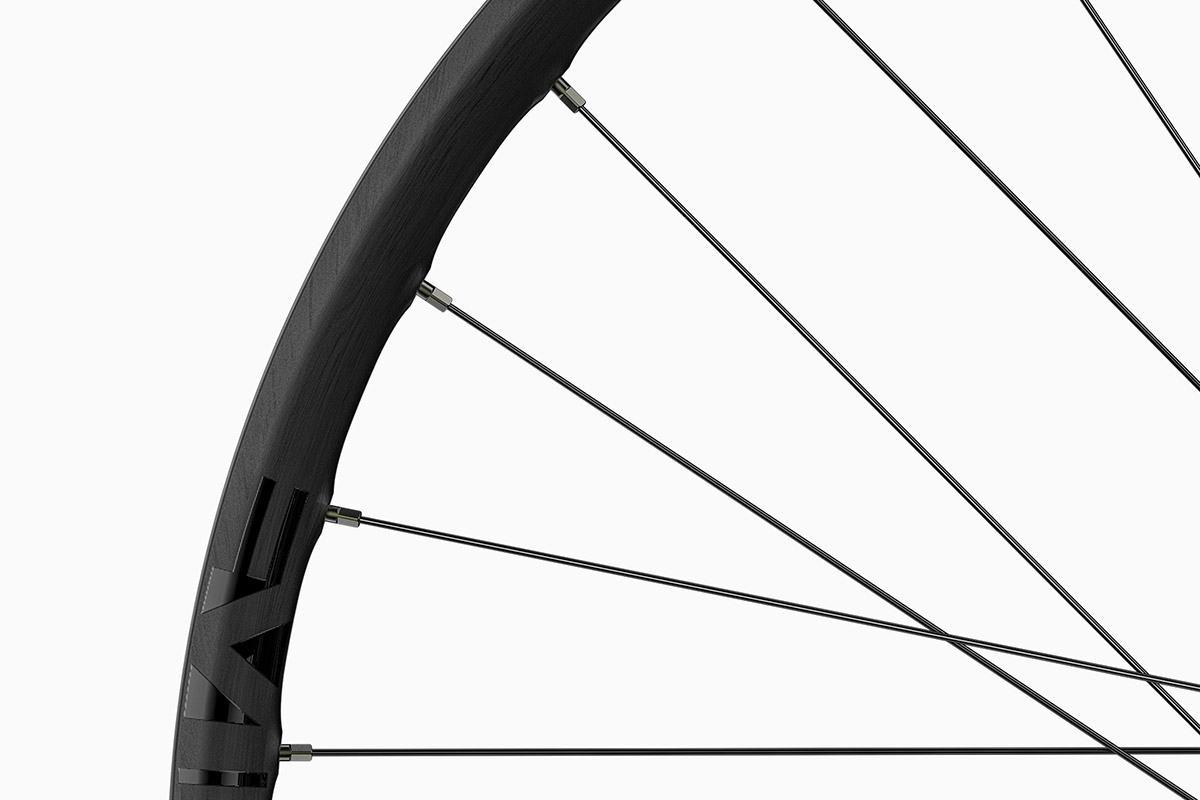 Evil Loopholes are available in 29” only, for Boost (6-Bolt and Centre-Lock) and Super Boost (Centre-Lock only), with ASTM certification for Trail, Enduro, Freeride and Downhill mountain biking. All are laced to Industry Nine’s Hydra hub set with its industry leading 690 POE. Riders have the choice of standard 15mm end caps and higher surface area Torque Caps that provide greater tortional stiffness at the fork.

The front and rear wheels roll on 29mm internal width FusionFiber rims, laced to the i9 Hydra hubs via 32 spokes. The Loopholes get a front and rear-specific tune, arising from the spoke lacing pattern.

You’ll see a 3X pattern on the rear wheel, giving rise to a relatively stiffer, stronger wheel that will be better able to withstand big impacts and survive generally greater levels of abuse. The front wheel gets a 2X pattern, said to give rise to a more compliant wheel that is better able to absorb energy from the trail, so the rider doesn’t have to.

Though they’ve not said it specifically, it seems Evil are looking to reduce rider fatigue with the new Loopholes. On top of that more compliant front wheel, Evil have engineered the rims specifically to provide greater levels of vibration damping – up to 50% greater than “comparable” carbon rims. 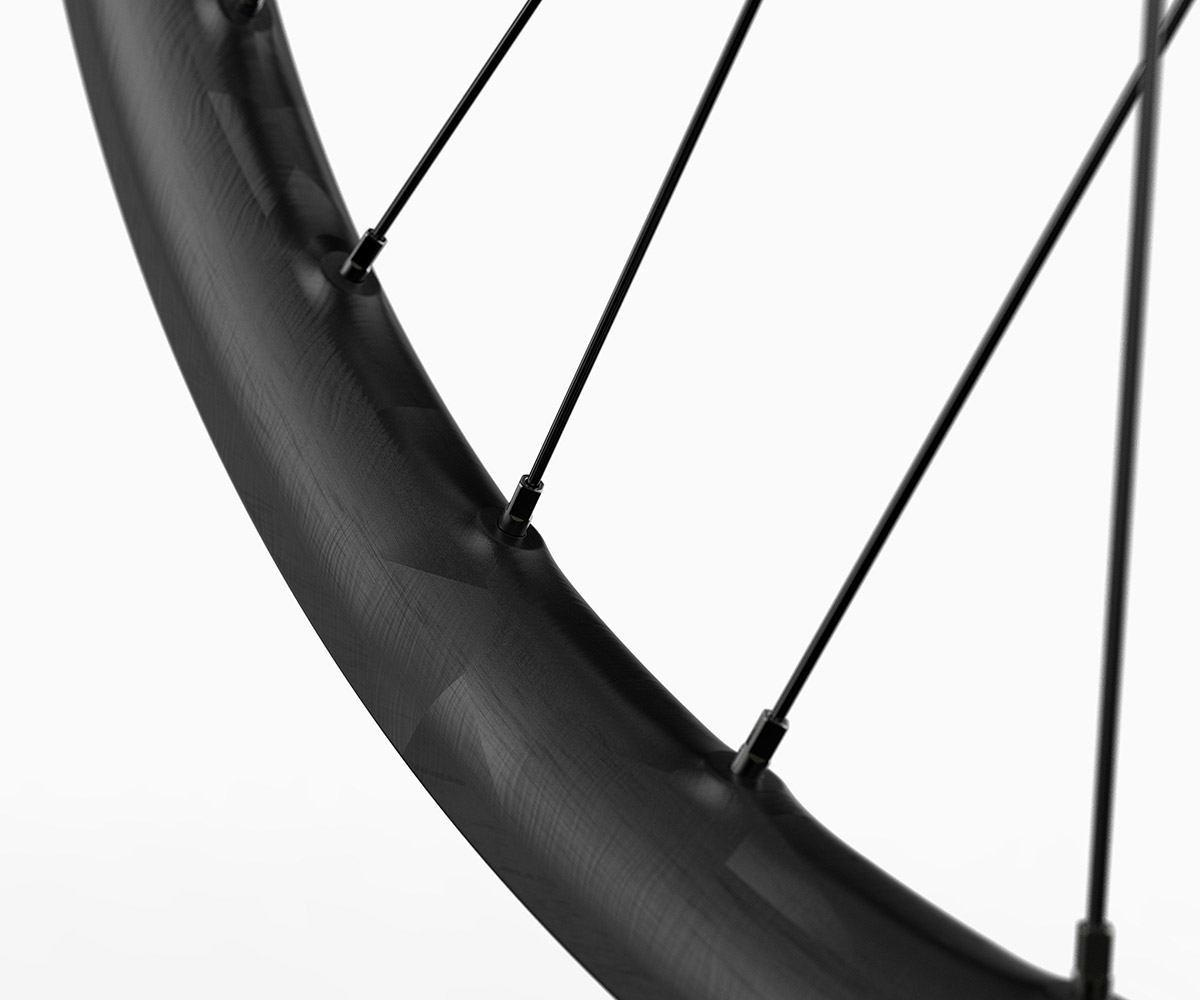 It is essentially long-chain polymers. That contrasts with what Evil say are the “brittle epoxies and resins used in typical carbon fiber rims”. Evil say that, during an impact, the fibres are able to flex on a microscopic level, dissipating energy radially throughout the rim. Not only does it make for a comfortable ride, Evil also say it makes for a stronger rim with higher impact resistance – around 20% higher than “comparable” carbon rims.

Stronger, smoother, and… quieter. Evil (w)reckon the vibration damping FusionFiber not only makes for a comfortable ride, it also makes for a quiet, stealth-link ride, too. 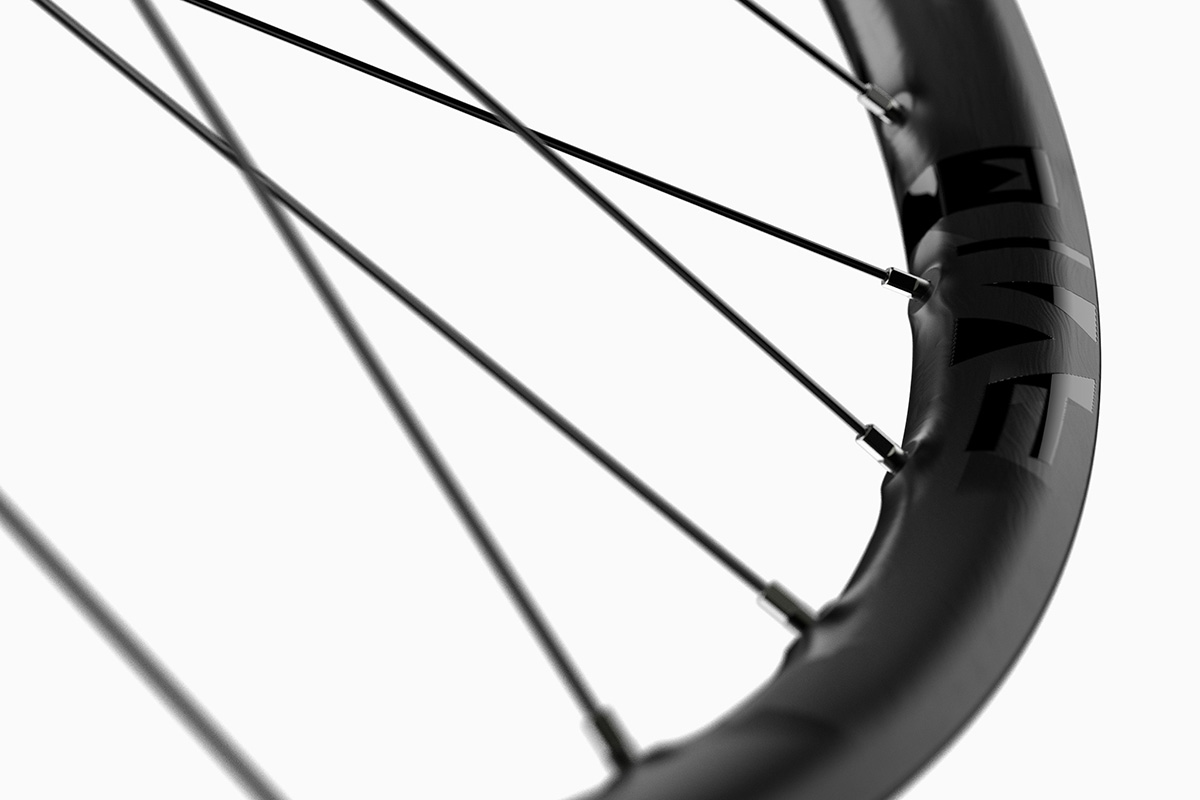 You may well be wondering why Evil went with brass nipples, over lighter aluminum ones. While aluminum nipples would have saved roughly 22g per wheel, the material poses a problem when combined with carbon, particularly in wet conditions. The name for the aforementioned problem is Galvanic Corrosion, a phenomenon that would eventually cause the nipple to fail. Aluminum spoke nipples are also said to have measurably less pull through and impact strength compared to brass spoke nipples.

You’ll notice that each nipple inserts into a raised portion of the rim. This specific architecture serves to accommodate nipple washers. These protect the FusionFiber material from any imperfections that might be found on the surface of the spoke nipples, but they also serve a structural purpose, too.

Despite the slightly heavier brass nipples, the Evil Loopholes still weigh in at a very respectable 907g and 1033g, front and rear, respectively. That’s the claimed weight for a Boost wheelset (6-Bolt) with Shimano Micro Spline driver. The 29” rim on its own weighs a claimed 489g. 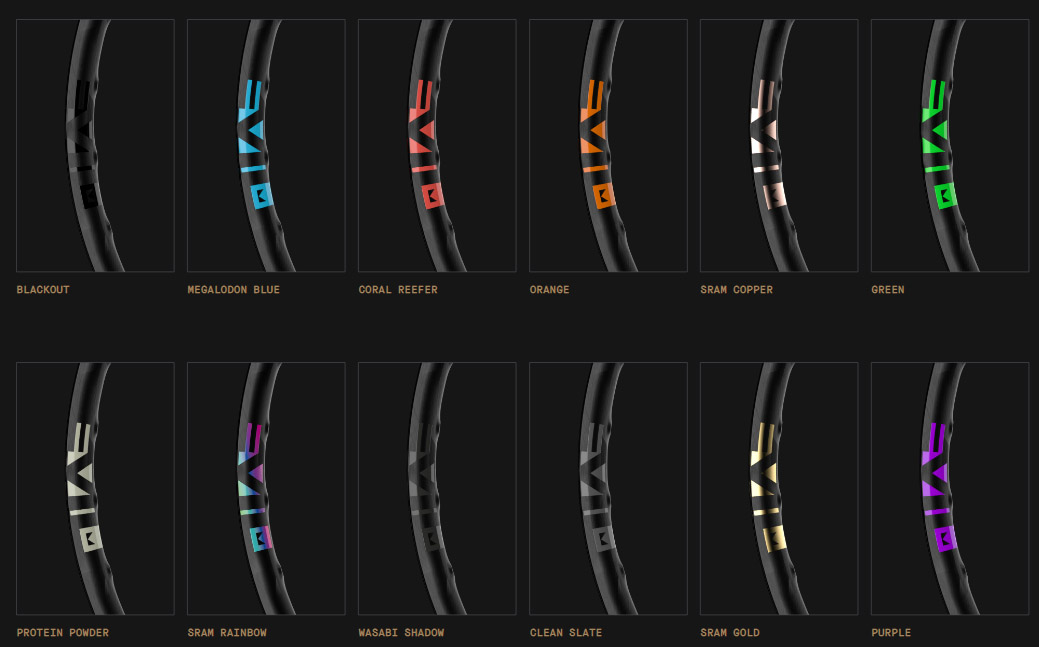 The US-Made Evil Loopholes are available to buy now direct from Evil Bike Co and their network of retailers, retailing at $2,200 USD with a choice of color for the decals. The wheels come with a lifetime warranty that extends to the original owner only.