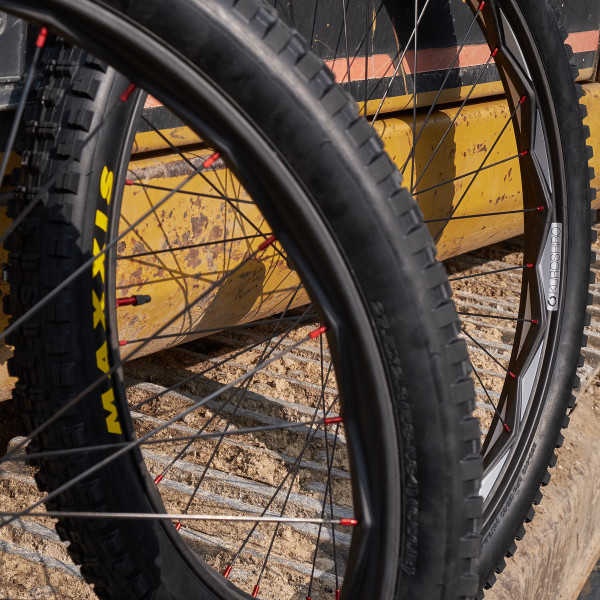 It was this time last year when we were hearing about Kuroshiro for the first time. After meeting the man behind the brand, Mauro Bertolotto proceeded to show us their impressive new Enso 685. A carbon fat bike rim that took advantage of Alchemist’s skills with carbon fiber, the single wall rim combined light weight with a tubeless design that didn’t require tape to seal.

Since then, the company followed the 685 with their 29+ Enso 950 rim at Eurobike and Interbike. Along with the new 950, Mauro promised us another product in the near future. Judging by the amount of 27.5+ products we’re starting to see, it should come as no surprise that Kuroshiro’s newest rim would qualify. Called the 747, the current naming structure would indicate a 27.5″ rim that is 47mm wide. Details are still pretty scarce, but we’re told weight should be under 400g per rim, and there will be a wheelset available that is Boost 148 compatible.

We will have the full report from Mauro at Frostbike later this week! 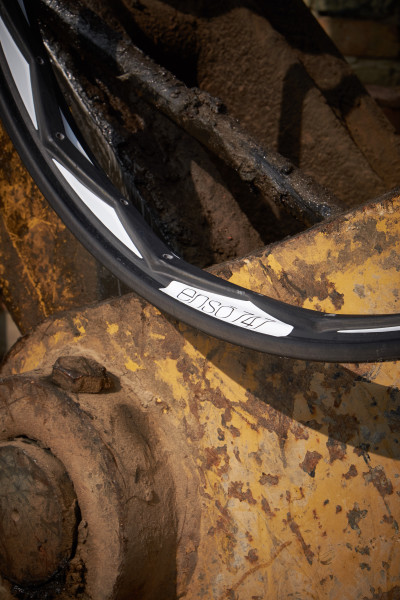 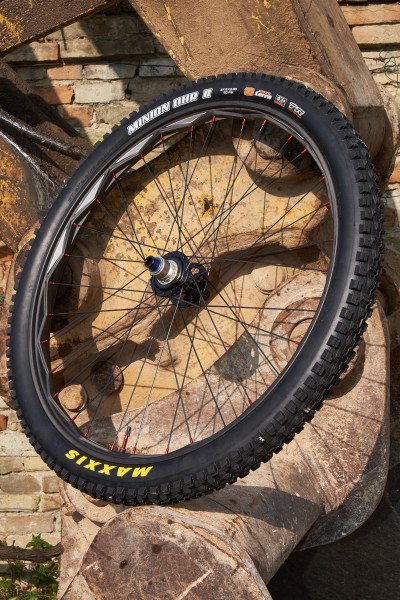 Is the guy italian ? Does that ugly design has a purpose of it’s just to be different ?

Hi Sardinien
Well, Italian style sometimes is surprising 😉 especially if inspired to japanese Zen ideas.
Anyway YES, there are no less than three great reasons for this design and the most important is stiffness. Remember our rims has no chamber, so if you want to have a good result in stiffness you must be pretty creative!
While 685 is a pure no chamber rim, 950 and his ‘little brother’ 747 have the splined area that is a ‘de facto’ boxed structure, and this is possible because of the spline.
Anyway… we really like the design but nothing is more subjective than style… so we respect your opinion!

I actually love the look of these rim, at least it is different and I’m sure they are strong.

47 mm is super wide so it would be intersting to see how the tyre profile is “stretched” when regular non 27,5+ tyres are mounted

These look pretty cool and appear to be engineered well. I like the reinforced single wall approach. Water can get trapped in a double wall.

I too am a big fan of exploring single wall rims when using composites. It’s seems that industry mfg is stuck in a rut with respect to insisting that box section rims are still the solution with a completely different material. Not only are the mfg challenges and resultant costs significant but the end result is a rim that is very stiff radially. Kudos for helping change the status quo. Now hopefully we will see more of this mfg technique on rims for the masses (~30mm internal)!

@abc
Looks like a 2.3 tire…. in the pic… so you may already have your answer.

I wish the tire guys would catch up with this trend. Vee and WTB 27.5+ options seem to be all sold out. Anyone know who else is planning to step up? A 27.5×3″ version of the Maxxis Chronicle perhaps…?

I’m starting to look around for a 27.5+ for my Fargo. Might even consider doing an outer ring 1x for a bit more chain clearance.