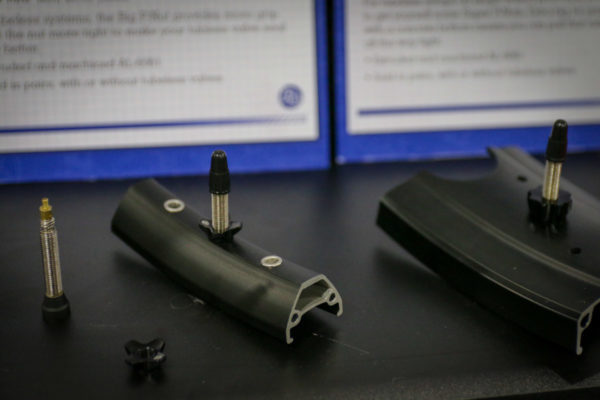 Like clockwork, Problems Solvers was present at Frostbike with a new batch of solutions for the industry’s problems. For those who have ever struggled with a tubeless valve nut that just wouldn’t stay tight, the Super P-Nut was a great option – if your rim was wide enough. 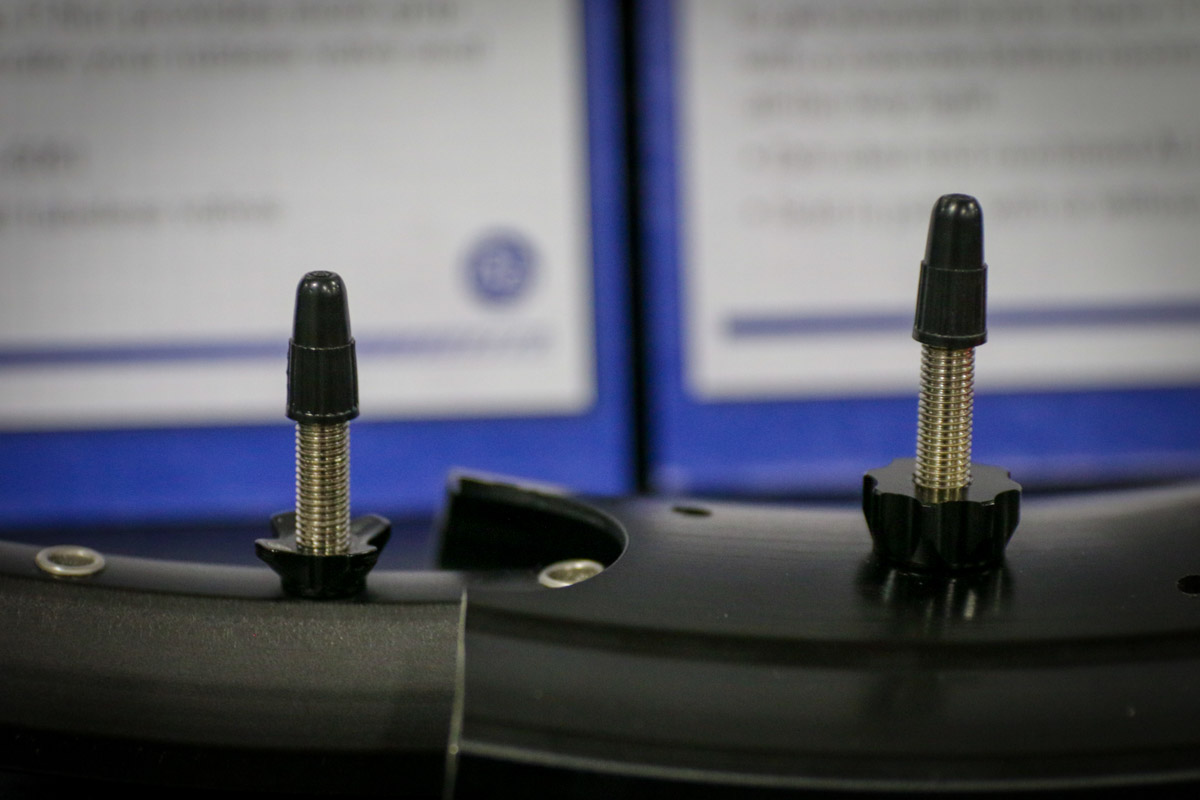 The Super P-Nut (on the right) was originally designed for fat bike and plus bike rims which have plenty of real estate for an oversized nut. On smaller rims however, the Super P-Nut can be a bit too super. The answer is the new Big P-Nut on the left which uses a similar concept of a large CNC machined 6061 aluminum nut that offers increased grip for easier tightening. Only this time, the base is tapered so the smaller footprint plays well with narrower rims. 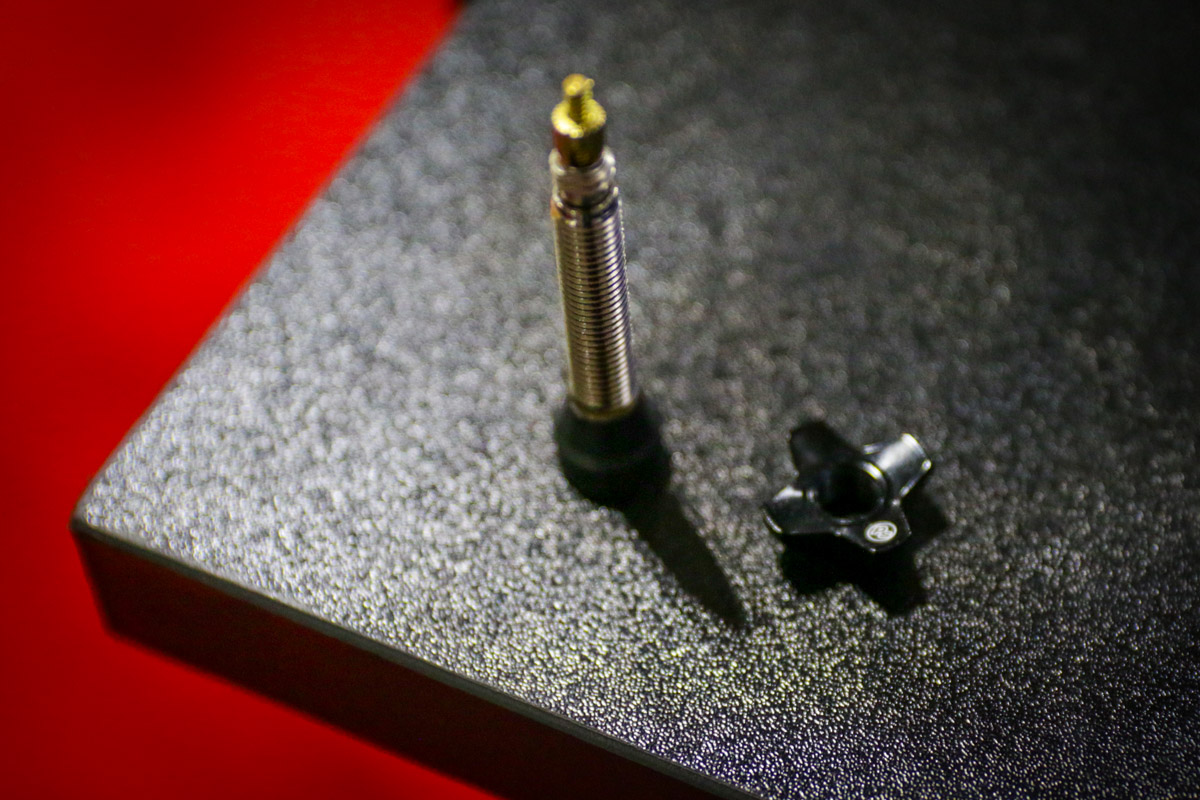 Sold in a pair with two universal tubeless valves and two Big P-Nuts, the kit sells for $20. 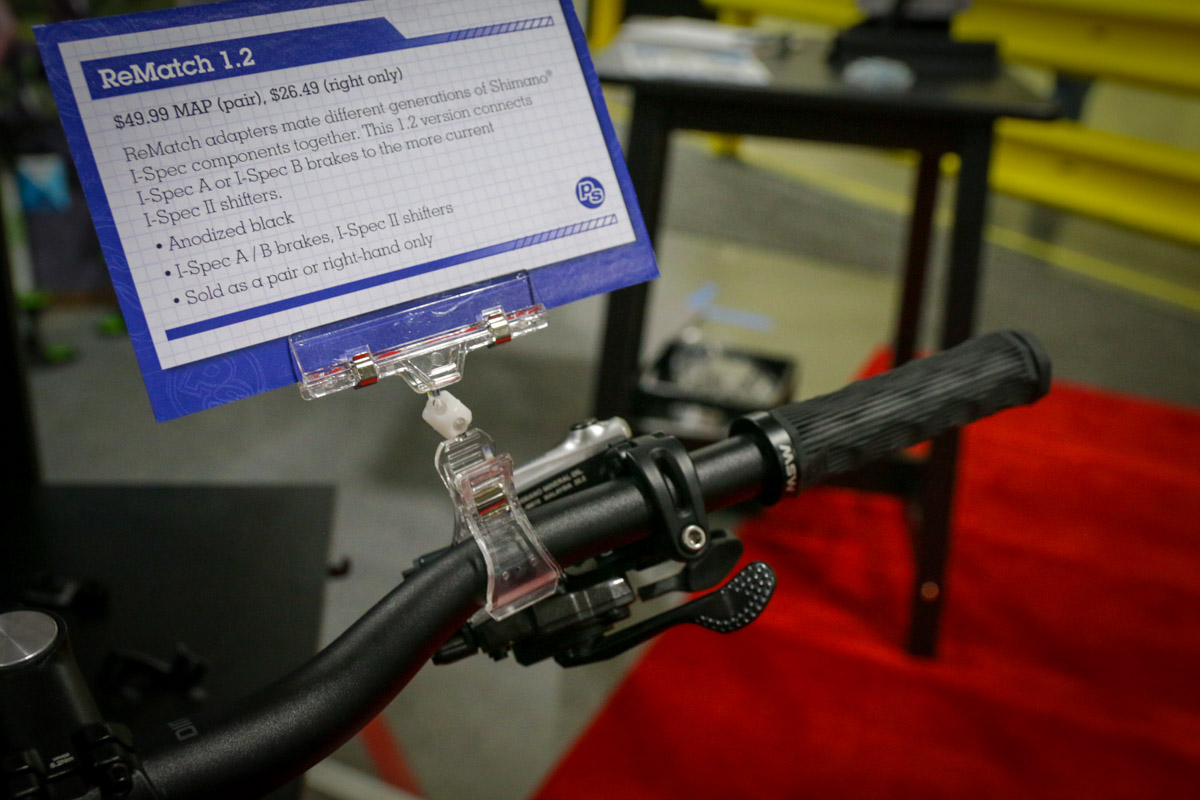 Originally, the Problem Solvers Mismatch adapters were created to allow you to mis-match Shimano and SRAM parts, which is understandable. The ReMatch adapters however, highlight how silly some of these standards have become. Literally designed to allow Shimano’s own parts to work together, the adapters are a requirement if you want to use certain I-Spec parts with other I-Spec parts. There are now three generations of I-Spec, and since they don’t play nice together, Problem Solvers decided to force them to. 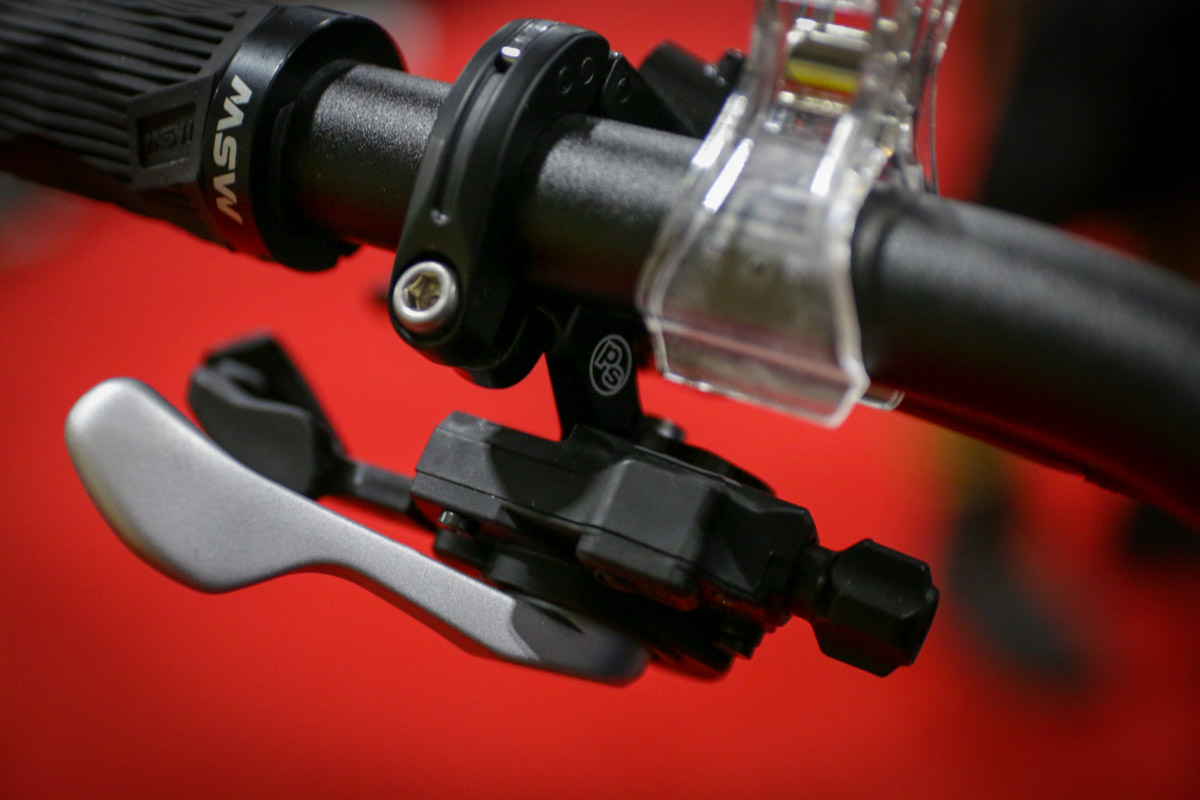 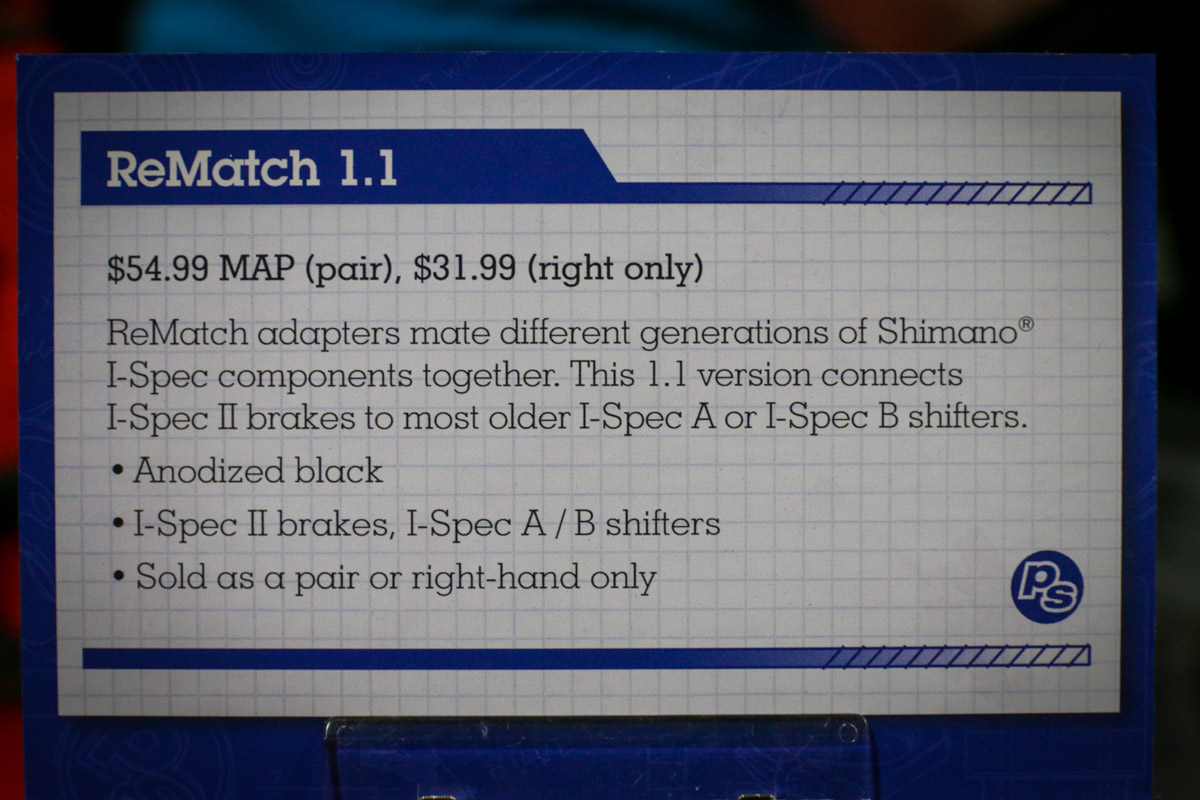 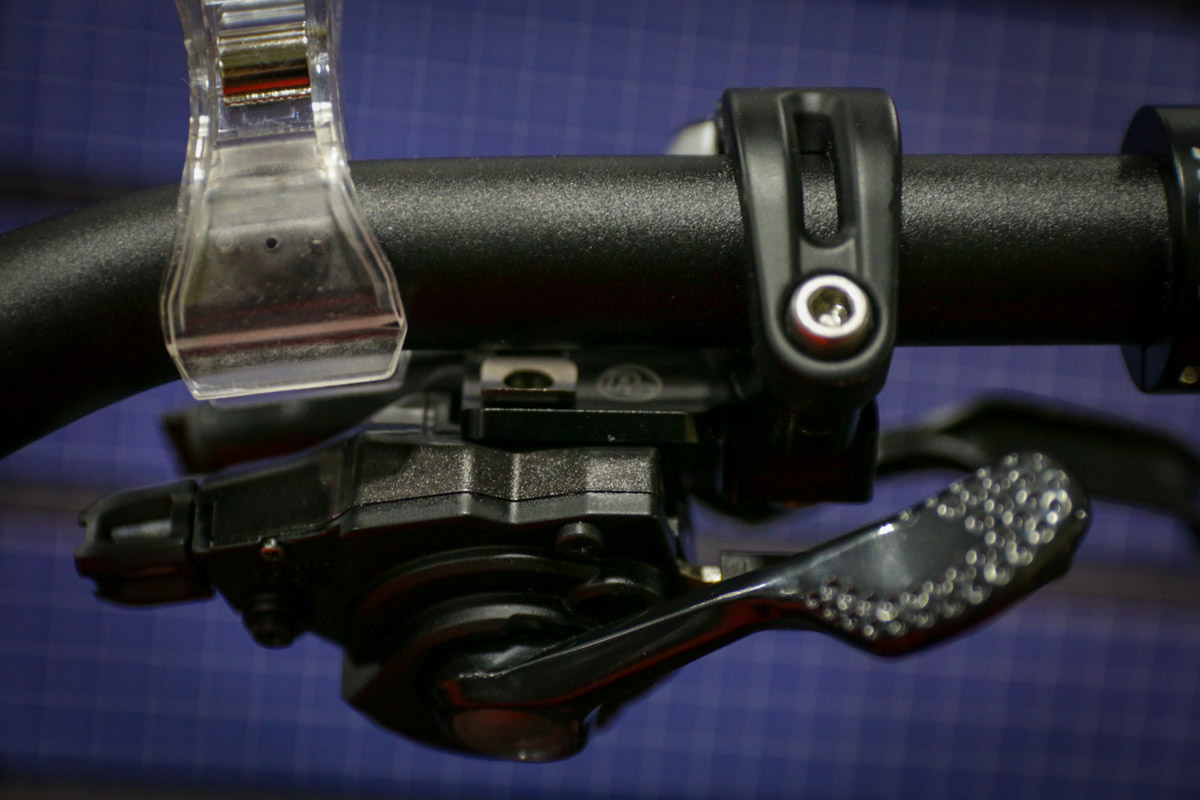 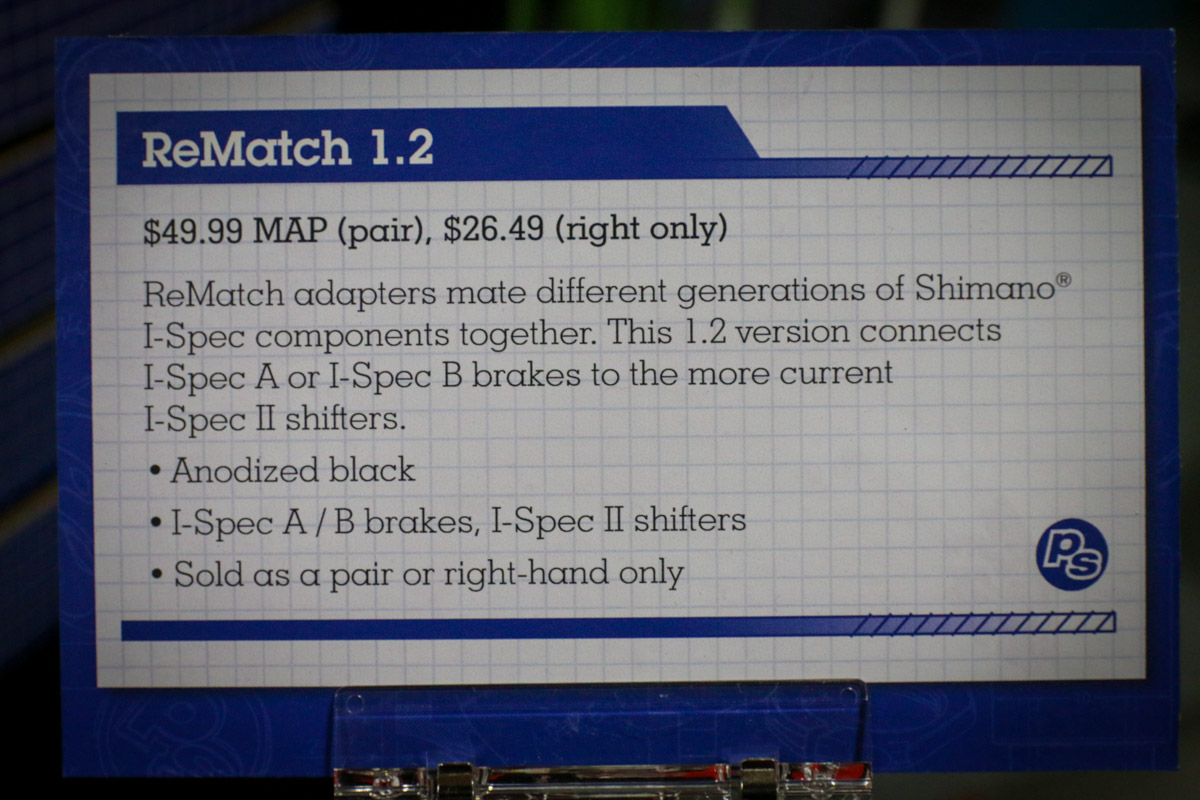 While the Rematch adapter 1.2 allows Shimano I-Spec A/B brake levers to work with I-Spec II shifters. Both are sold as a pair or as a right only for 1x or 2x/3x drivetrains, and include the necessary hardware. 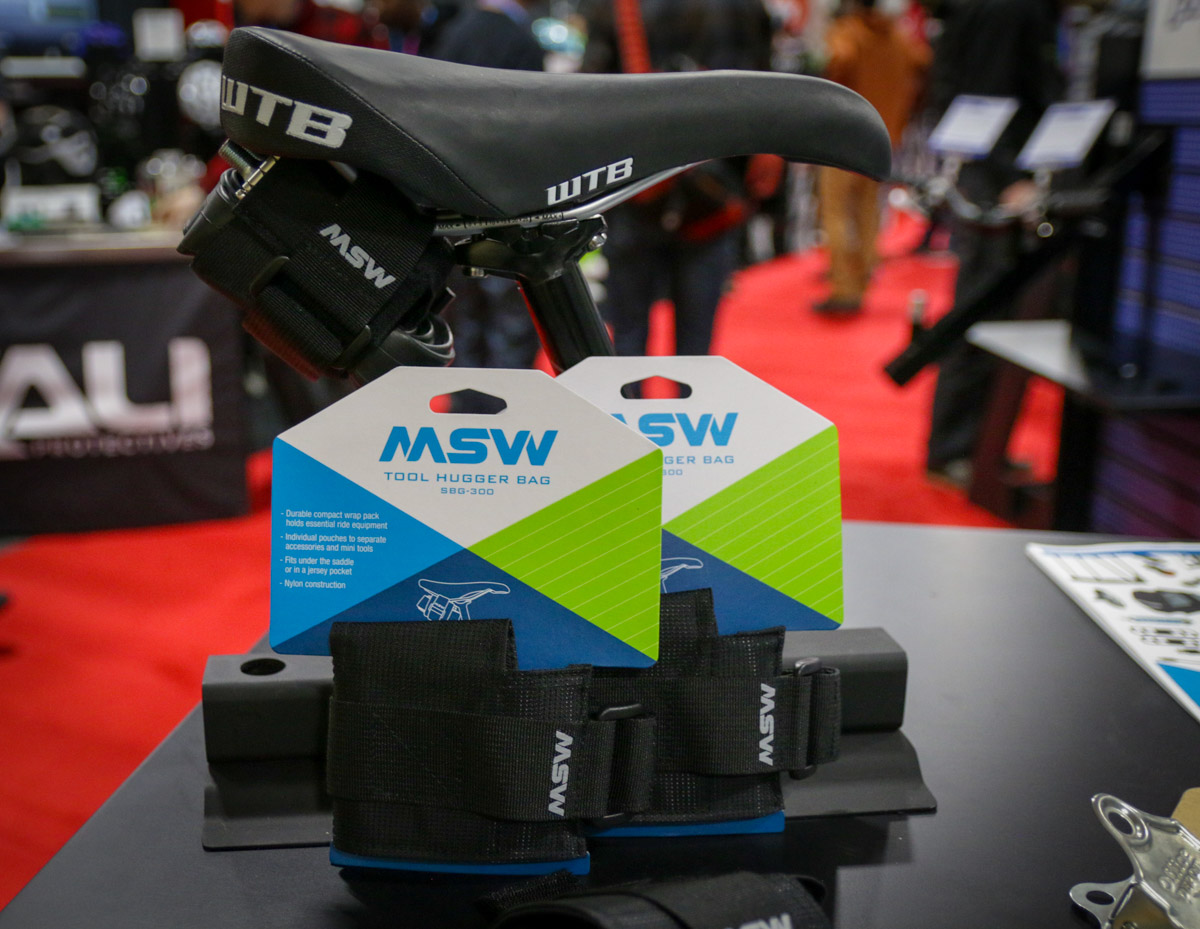 Over on Problem Solvers’ sister brand MSW’s side, there was a new Tool Hugger Bag which is sort of a bag/strap hybrid. 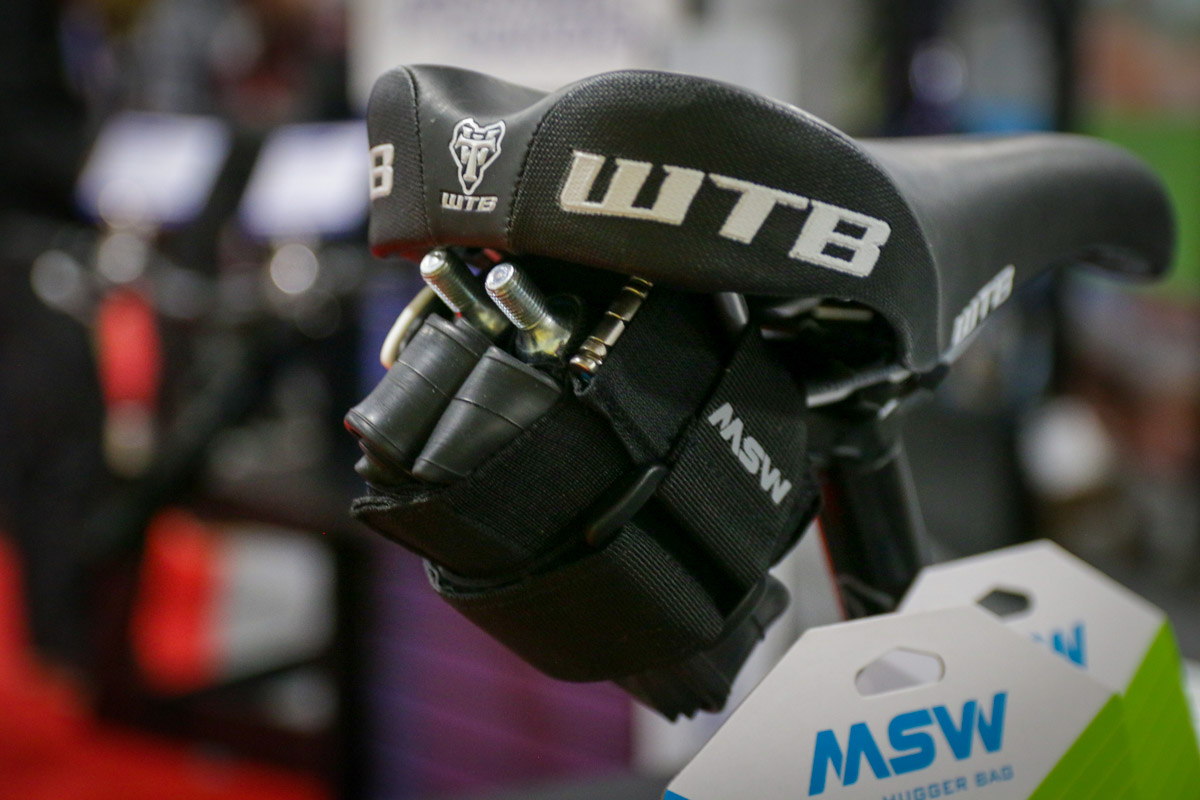 Inside you’ll find seven elastic sleeves for tools, and CO2, while the wrap squeezes in a tube as well. 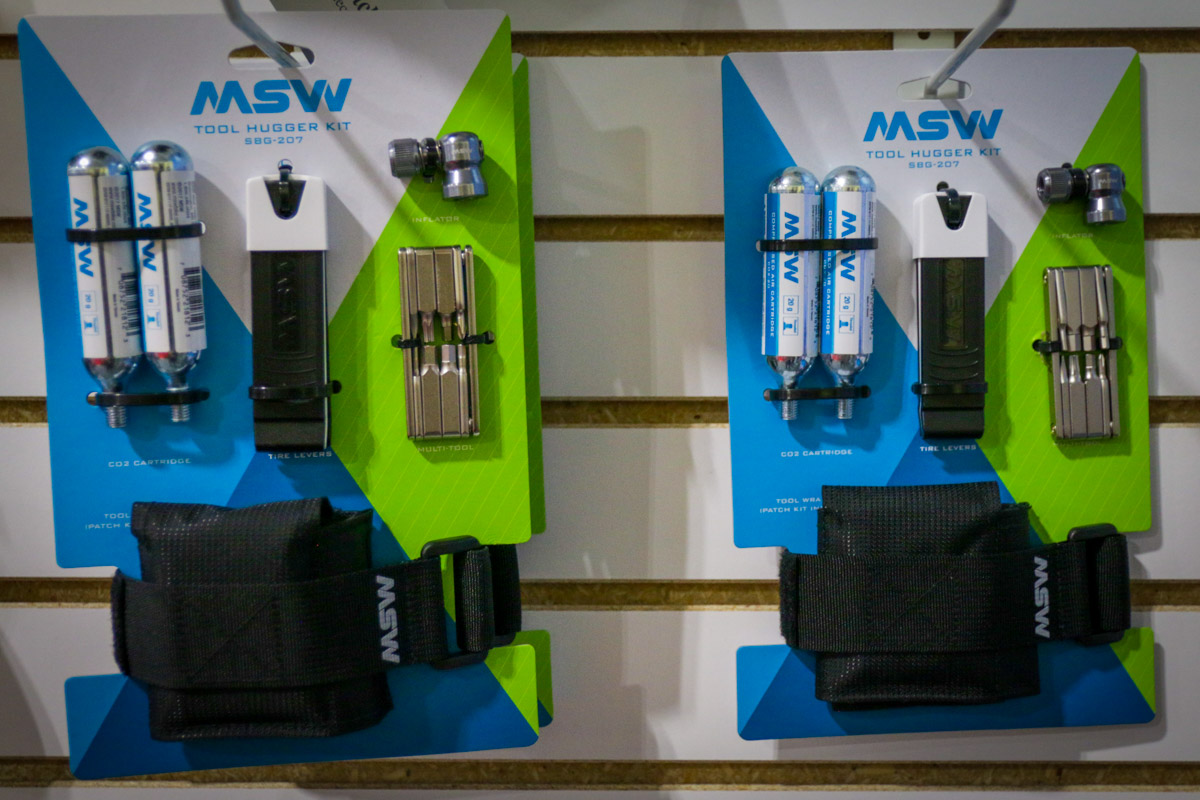 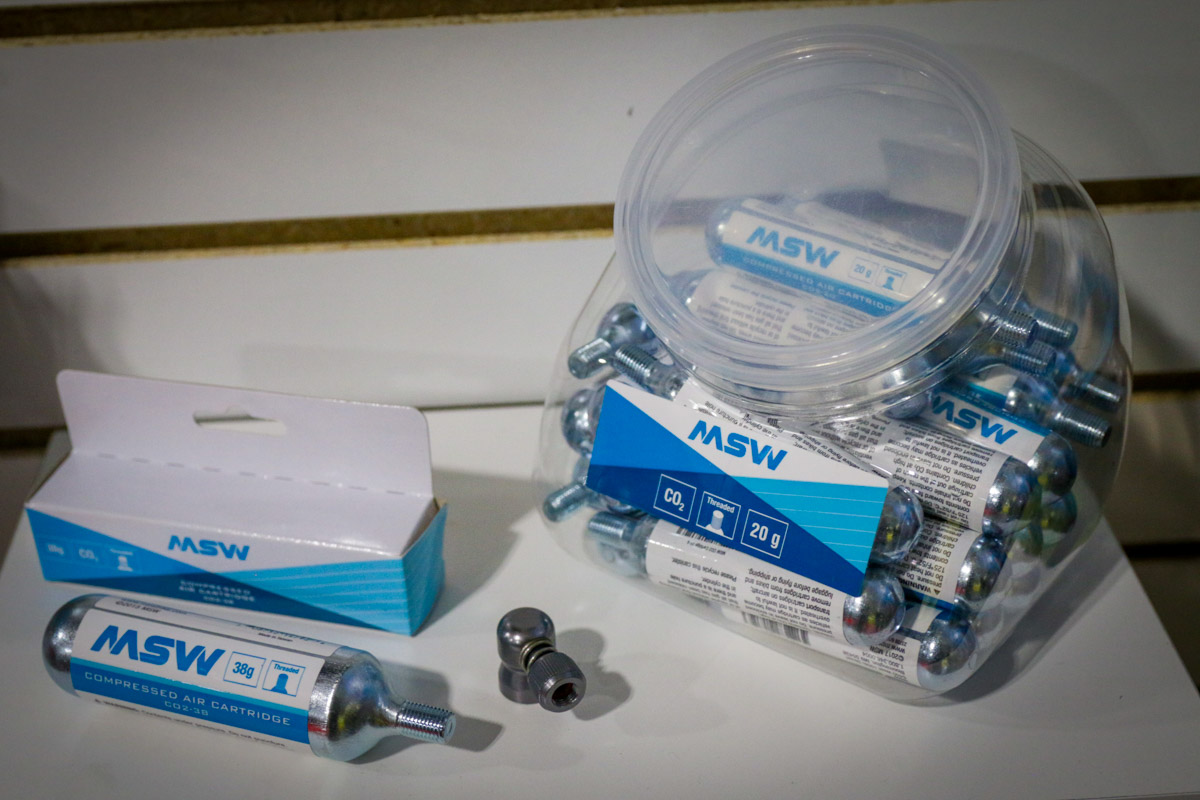 Speaking of CO2, MSW is making some changes in their available options for CO2 cartridges. The brand first moved from 16g to 18g, and now they’re moving from 18g to 20g as the smallest available option – but the price remains the same. MSW said that with tires across the board getting bigger, there’s really no need for a smaller cartridge any more, and since most of the cost is in the cartridge itself, it made sense to upgrade.

The other cartridge MSW will be offering is a 38g for the largest volume tires.

Problem Solvers are the “crime stoppers” of the bike industry!

Seriously I think this is one of the most underrated brands in the industry. While most other brands are fiddiling with what new bb standard they’re going to force down our throats these guys are doing the lords work.

Been looking for something like the rematch 1.1 for ages! It’s pretty pricy, but cheaper then new shifters

Problem Solvers – God bless you!!! Many thank yous for the ReMatch adaptors!!!!
I’ve regained my hope in the bicycle industry and the posibility to have the perfect mtb for my needs.