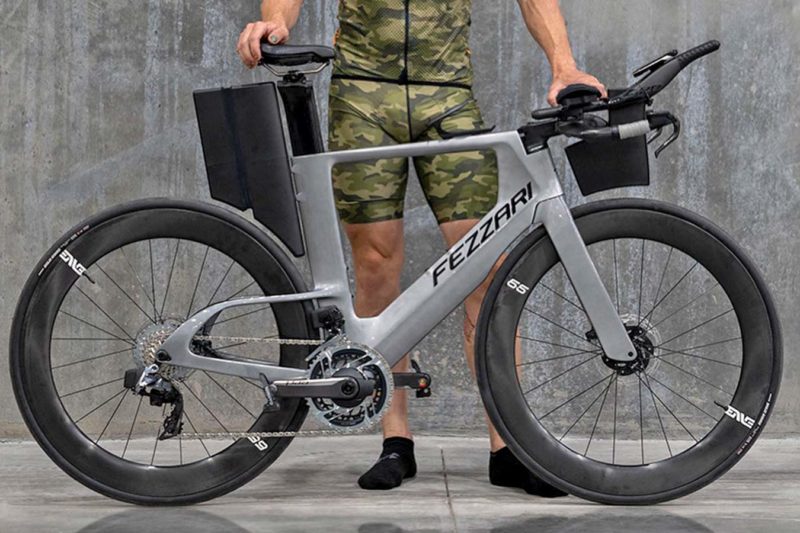 Fezzari has just unveiled a new integrated, aero carbon triathlon bike prototype designed for both tri and ultra-endurance racing. But while it looks suitably aerodynamic, we’re just as interested in what it means for superbike affordability? 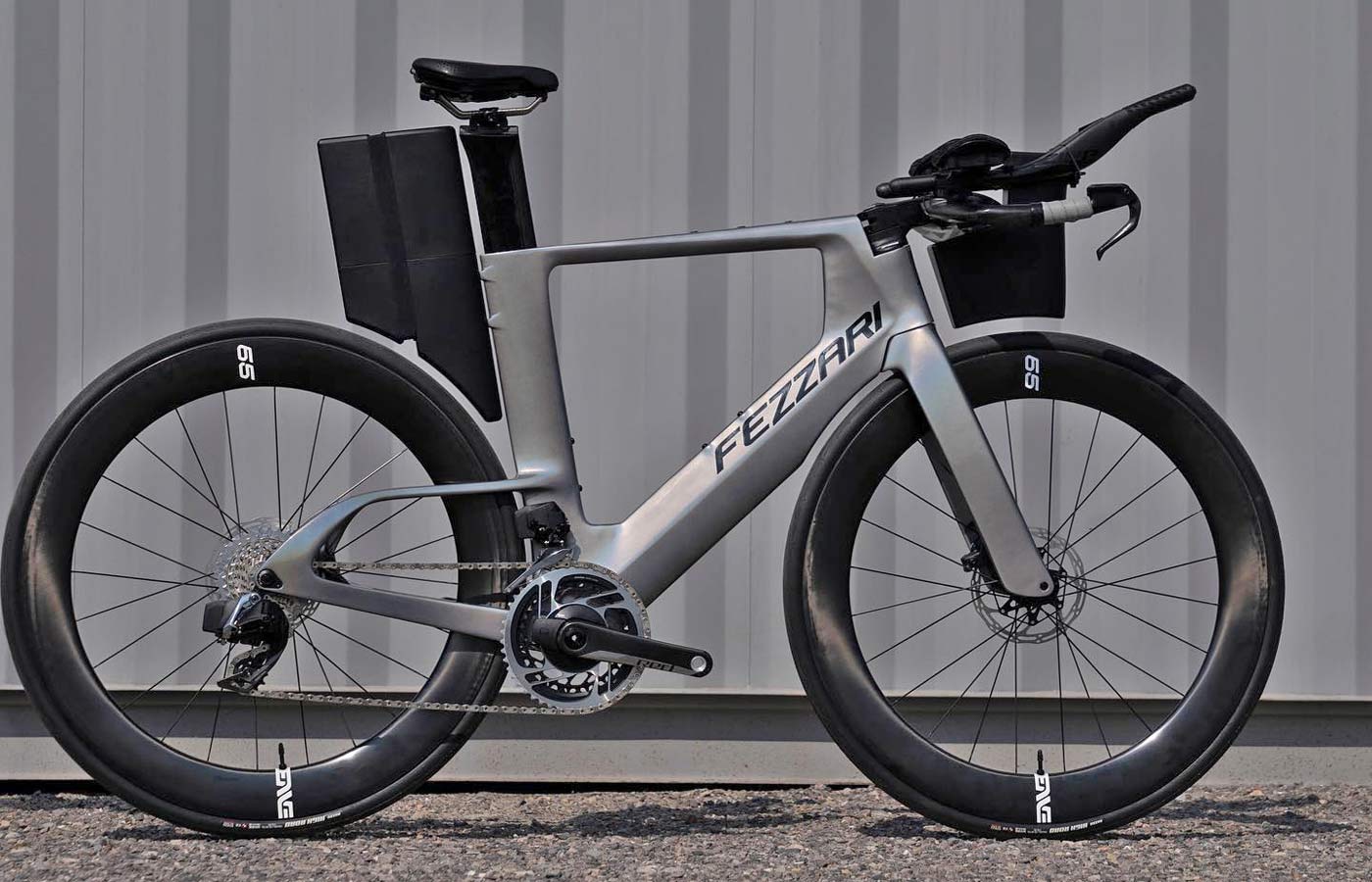 Fezzari has built a name for themselves mixing high-end performance, competitive light weights and real affordability thanks to their consumer-direct model – backed by a no-risk trial period & lifetime warranties. So does that mean we are looking at an affordable carbon triathlon bike that will go toe-to-toe with the super-expensive superbikes of bigger brands – like that 15,000€ Plasma we saw debuted last week? 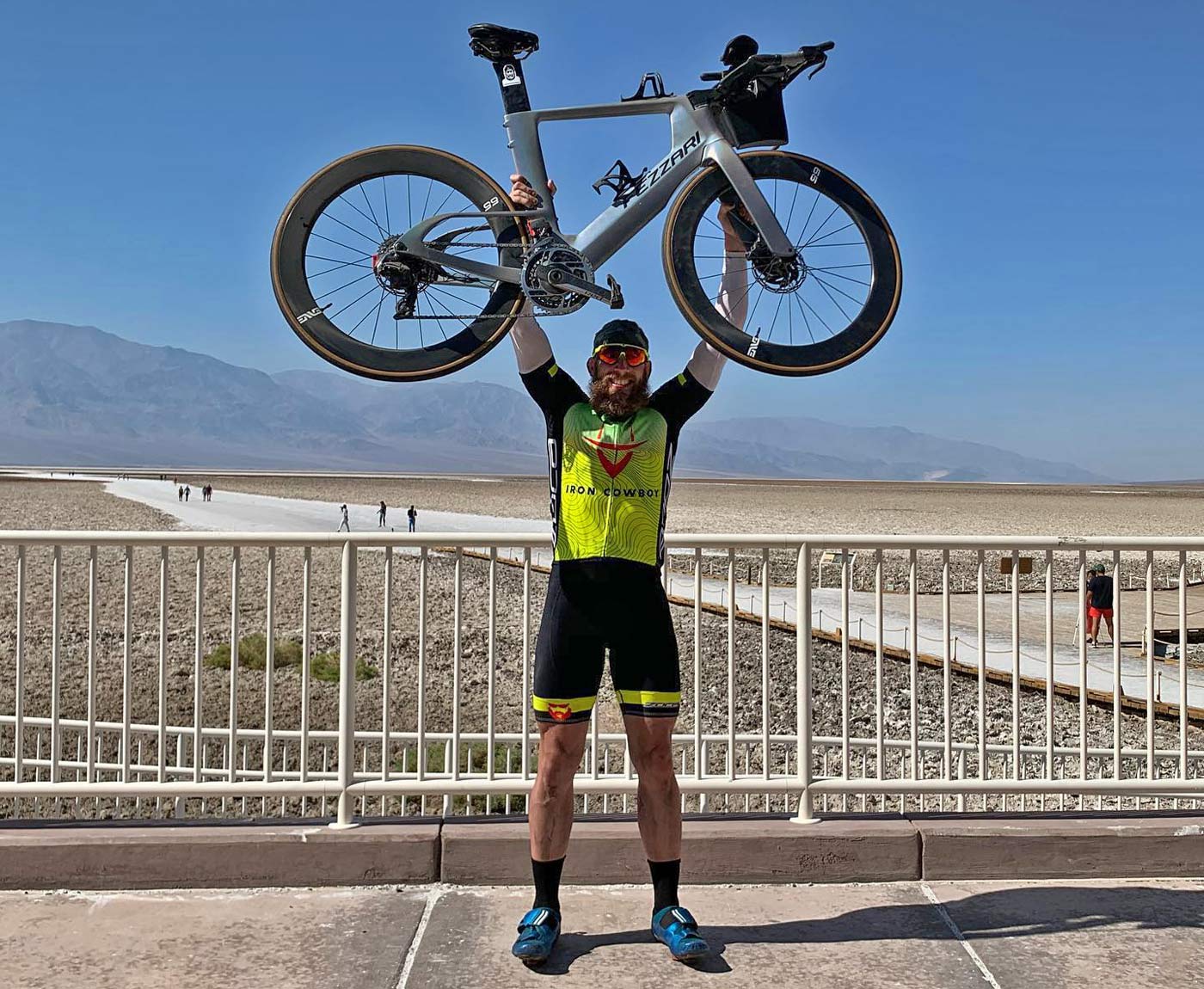 The Utah-based bikemaker has been working on this triathlon bike prototype with their own ultra endurance athlete James Lawrence, aka @ironcowboyjames. And more than just a mock-up, The Iron Cowboy just finished his 400 mile bike leg in the Uberman relay race this week on the new bike (his teammates swam 22mi & ran 135mi!) 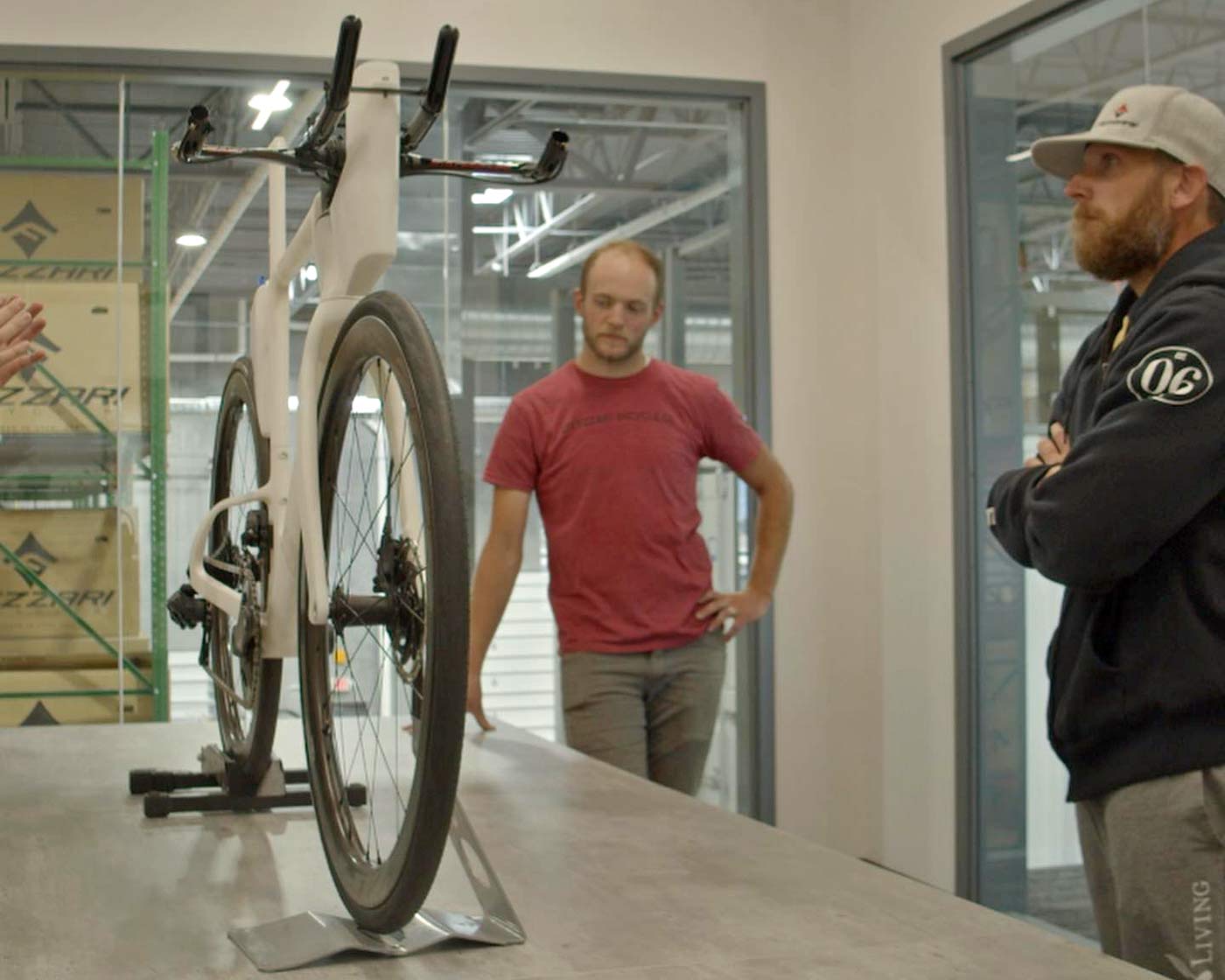 Developed for both traditional triathlons and more grueling endurance events, the new prototype Fezzari triathlon superbike incorporates several key features we’ve seen in competing aero, TT & tri bikes, but with what looks like a more upright riding position that is likely to fit real riders vs. the more slammed setups on many pro bikes.

What do we know about the new triathlon bike? 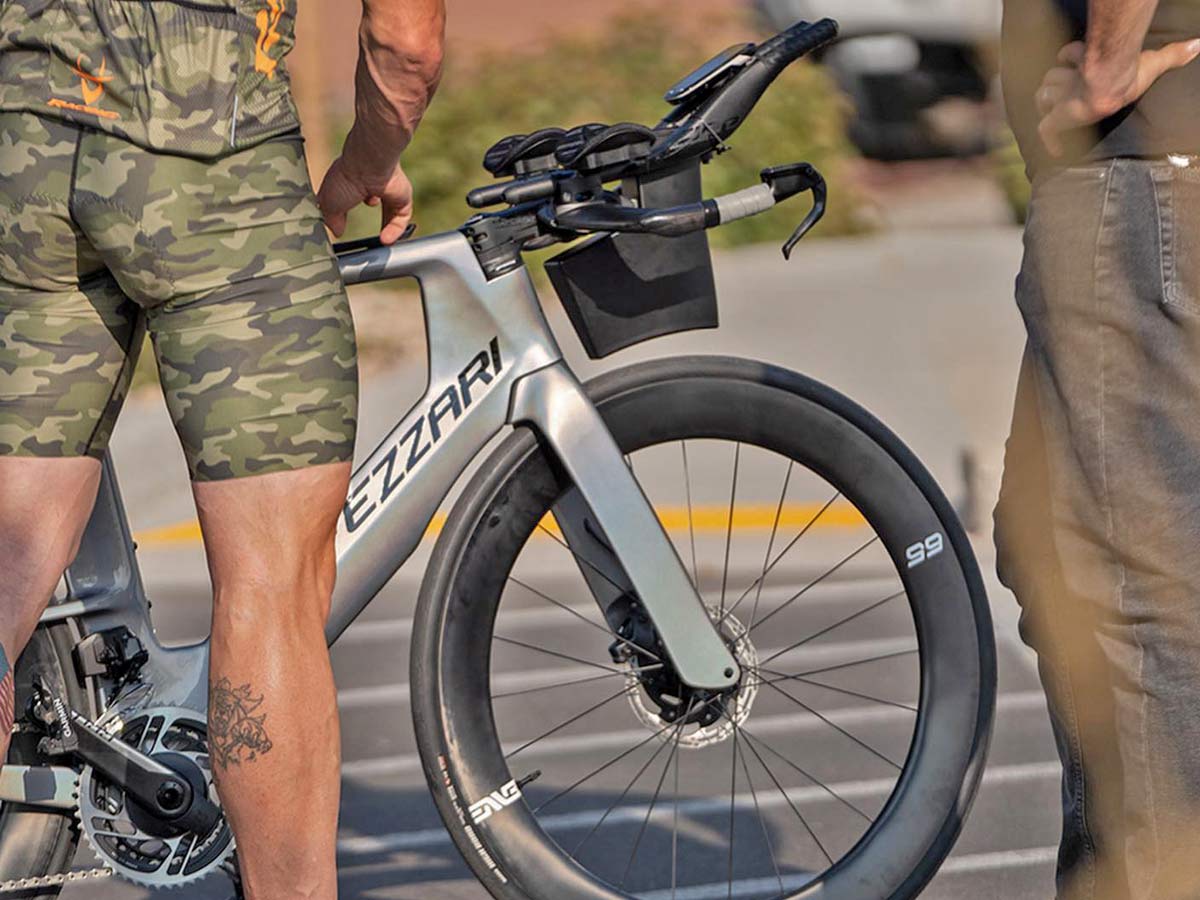 The disc brake, thru-axle Fezzari triathlon prototype features an integrated aero design from the deep-bladed fork that hides the front brake caliper, through a smooth fork crown into a front wheel cutout in the downtube, then back to a set of lowered horizontal seatstay. Up top, a dropped headset tucks the stem in-line with a mostly horizontal toptube, that transitions back to a super deep, almost vertical aero seattube and seatpost. 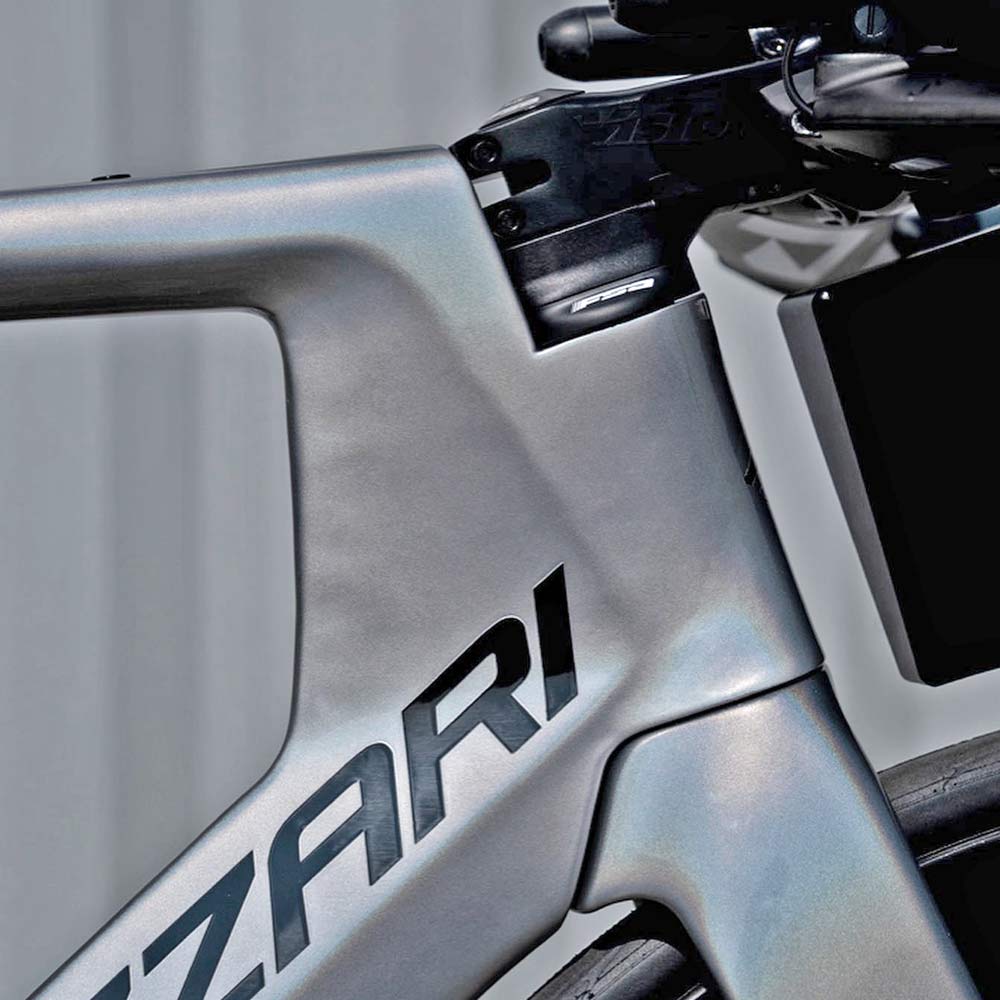 Together all of this should minimize both the frontal area of the bike, and overall wind resistance across the bike. Making things even more aero, all cable are fully internally routed through a 1.5″ FSA ACR / ICR headset & stem that still allows for cockpit adjustability. 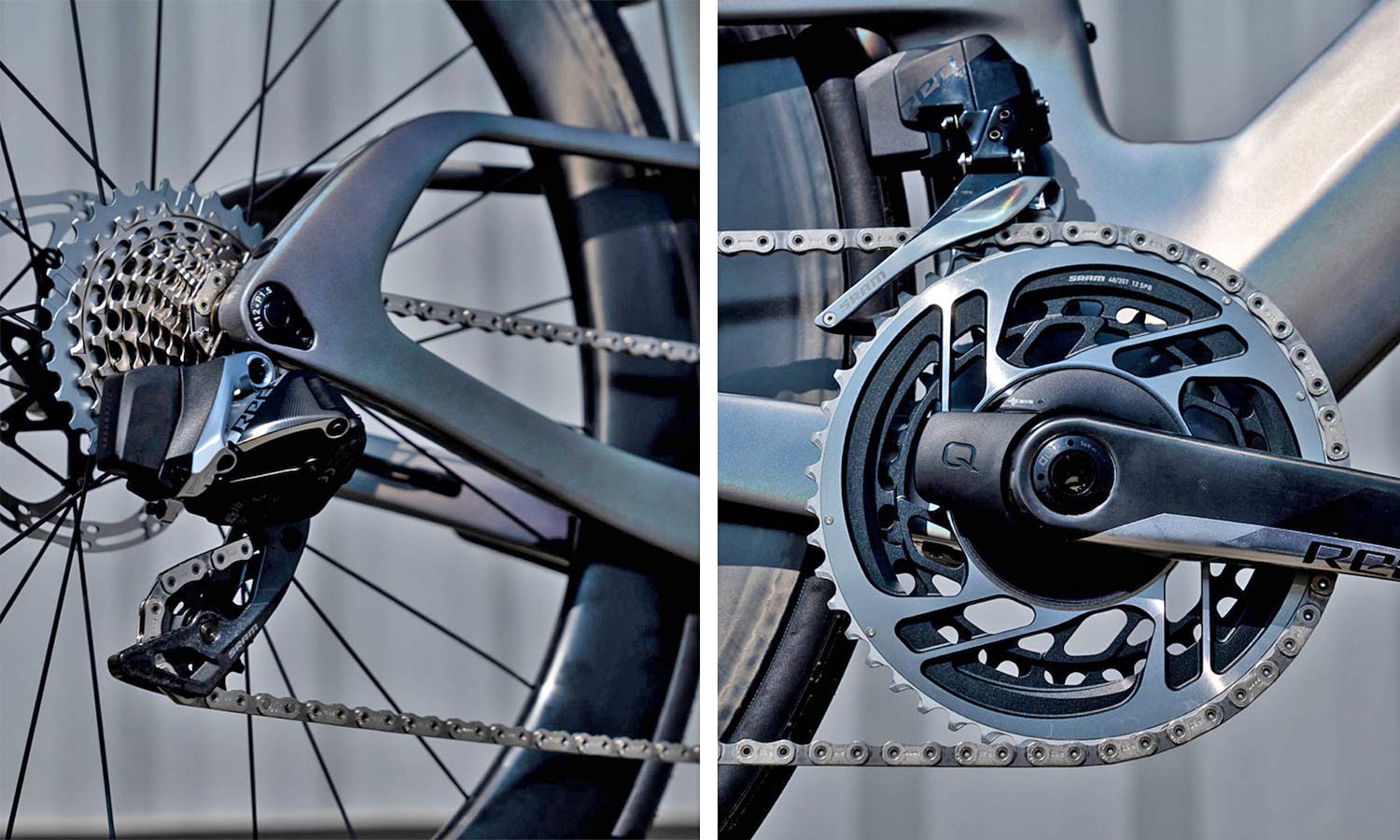 Then aero fins bolt-on drag reducing storage both under the aerobar extensions and behind the seatpost to further improve aerodynamics. Even without the rear box, a standard set of bosses provide more bottle carrying capacity, in addition to two sets of bosses inside the main triangle, and a three-pack of bosses on top of the toptube for more fueling needs. 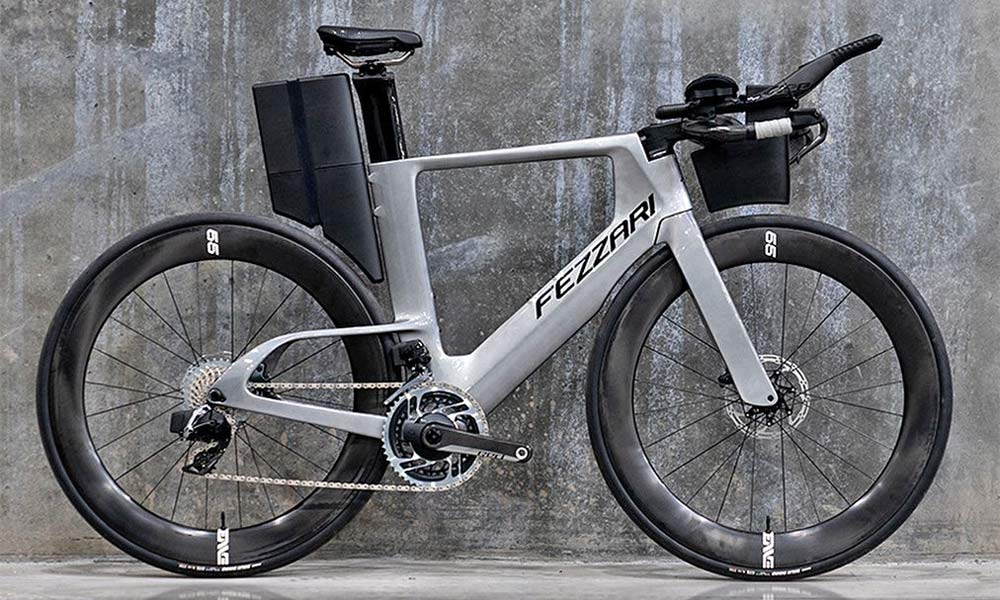 Fezzari hasn’t mentioned how long we will have to wait for a production triathlon bike, even mentioning that this prototype doesn’t even have a name yet. But they do say that it  will be lightweight, feature “advanced aerodynamics”, and was design specifically to provide “comfort for long hours in the saddle”. 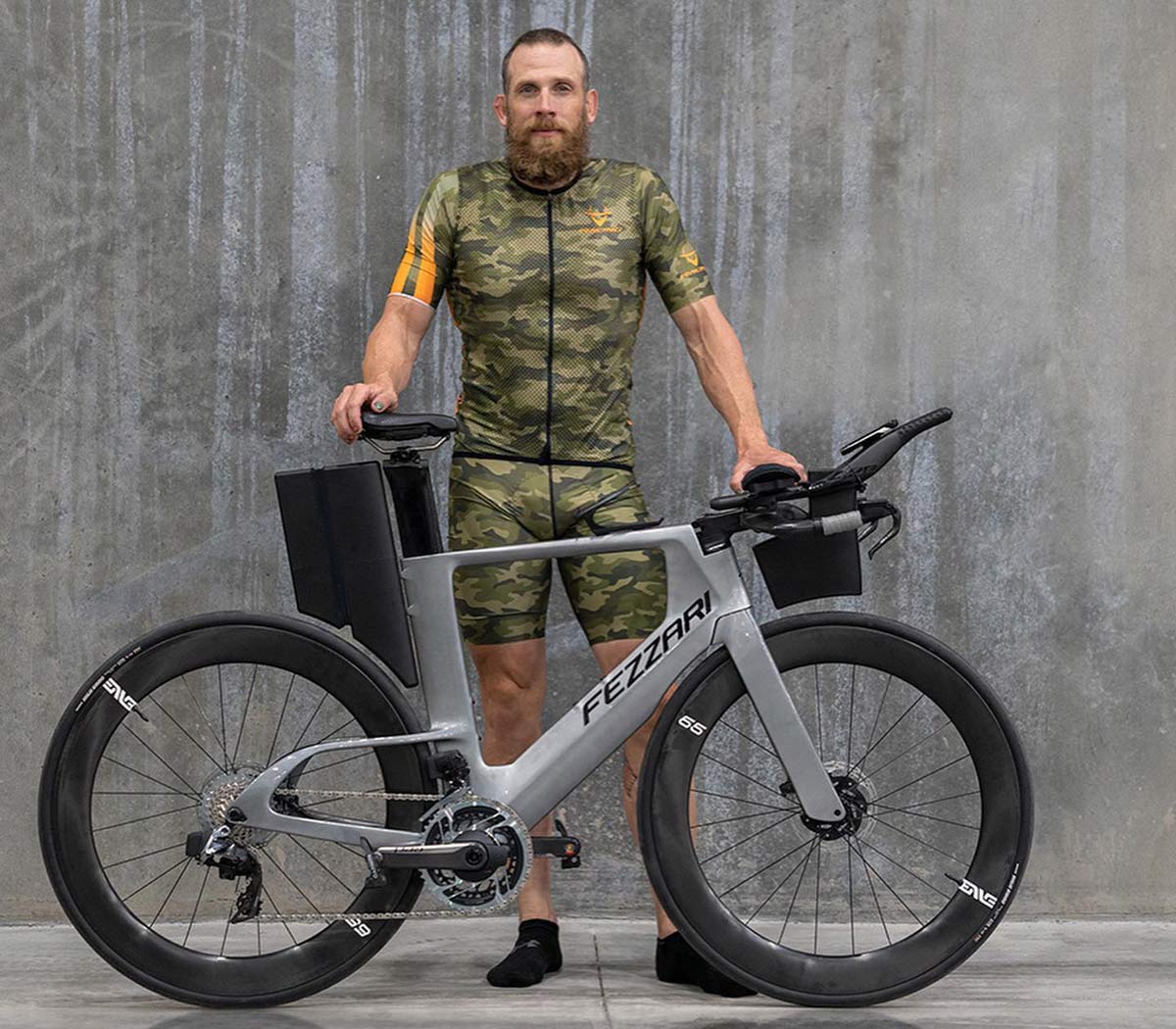 Now we just have to wait to learn more…

This is just wind, but *Angry.*

Someone buy this guy a beer.

Looks like a poor attempt at a Shiv knock-off

All of that aero, wasted on a beard

So the guy wouldn’t be faster on this bike than on a less aero bike. Interesting. I had no idea that a beard nullifies all aerodynamic advantage. So if you have a beard, you should only ride a Rivendell. If you’re clean shaven, then you qualify to ride a bike with aero features.

Beards are surprisingly not a huge issue.
I dig the nearly horizontal seat stays, as long as they’re not cancelled out by the very large dropouts. I think it’s a better way to go than simply eliminating the seat stays, with all the geometric structural losses you end up with.