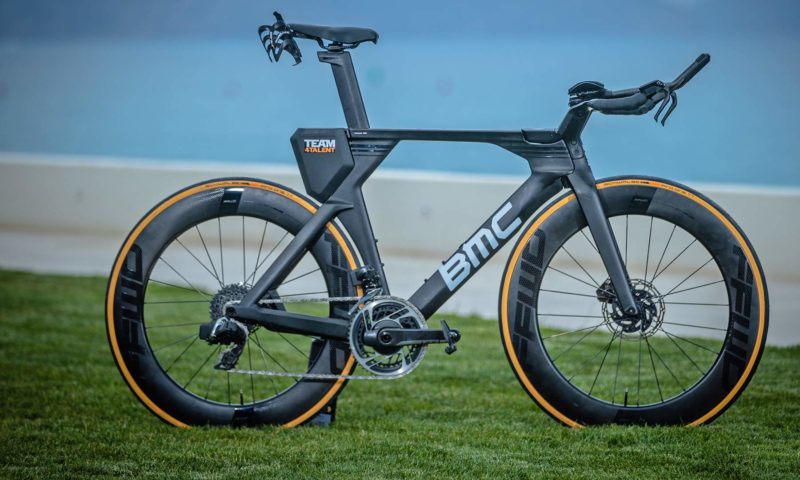 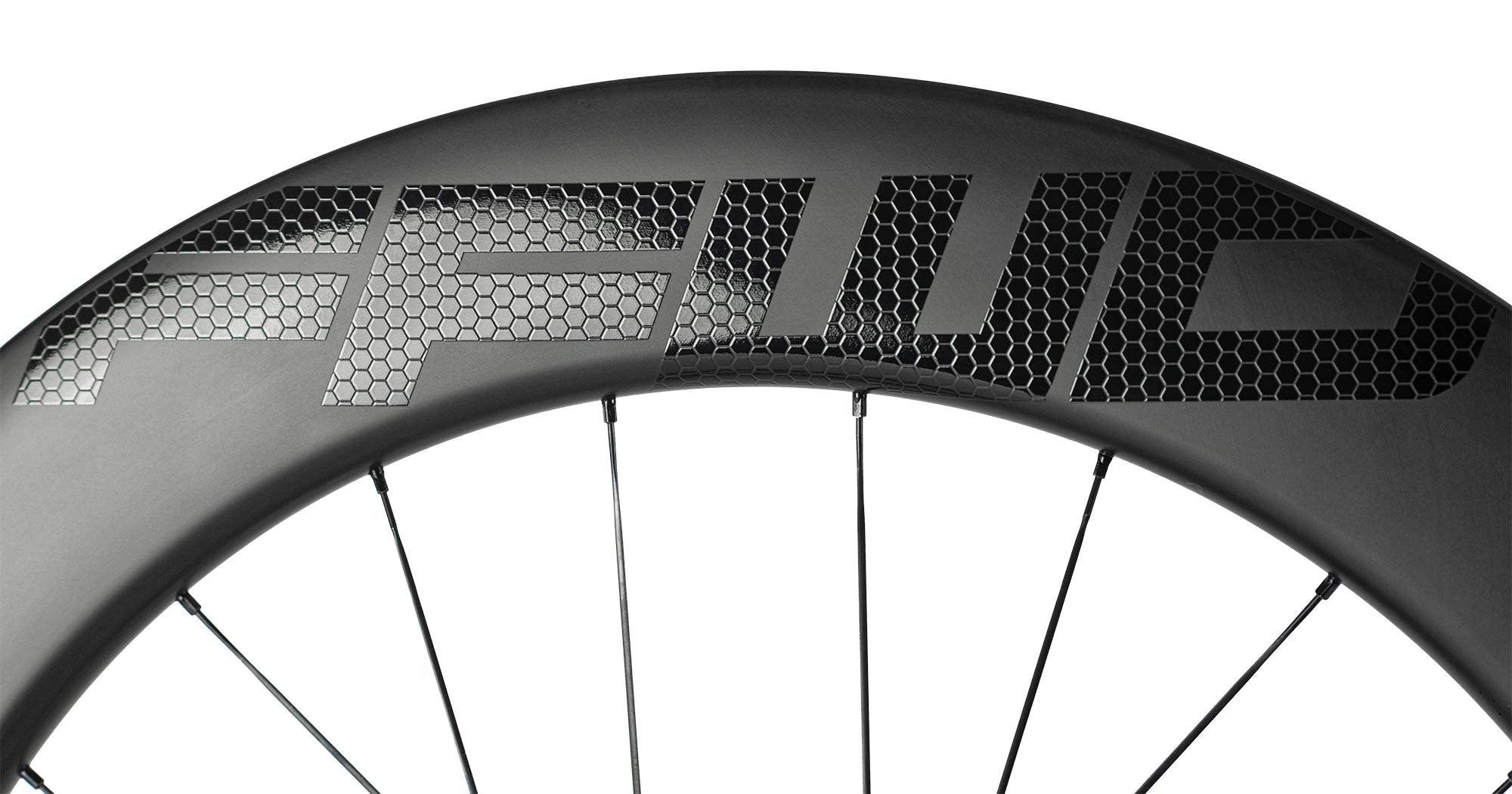 FFWD’s Laminar Airflow Wing (LAW) Tech debuted last summer with the first wide blunt & boxy RYOT44. Developed from iterative computer simulation into the wind tunnel, FFWD’s RYOT wheels claimed more aerodynamic airflow from the tire to rim and back again on the other side of the wheel, all for decreased drag & faster speeds overall. Those all-rounder wheels quickly were followed up by shallower 33mm & deeper 55mm versions. 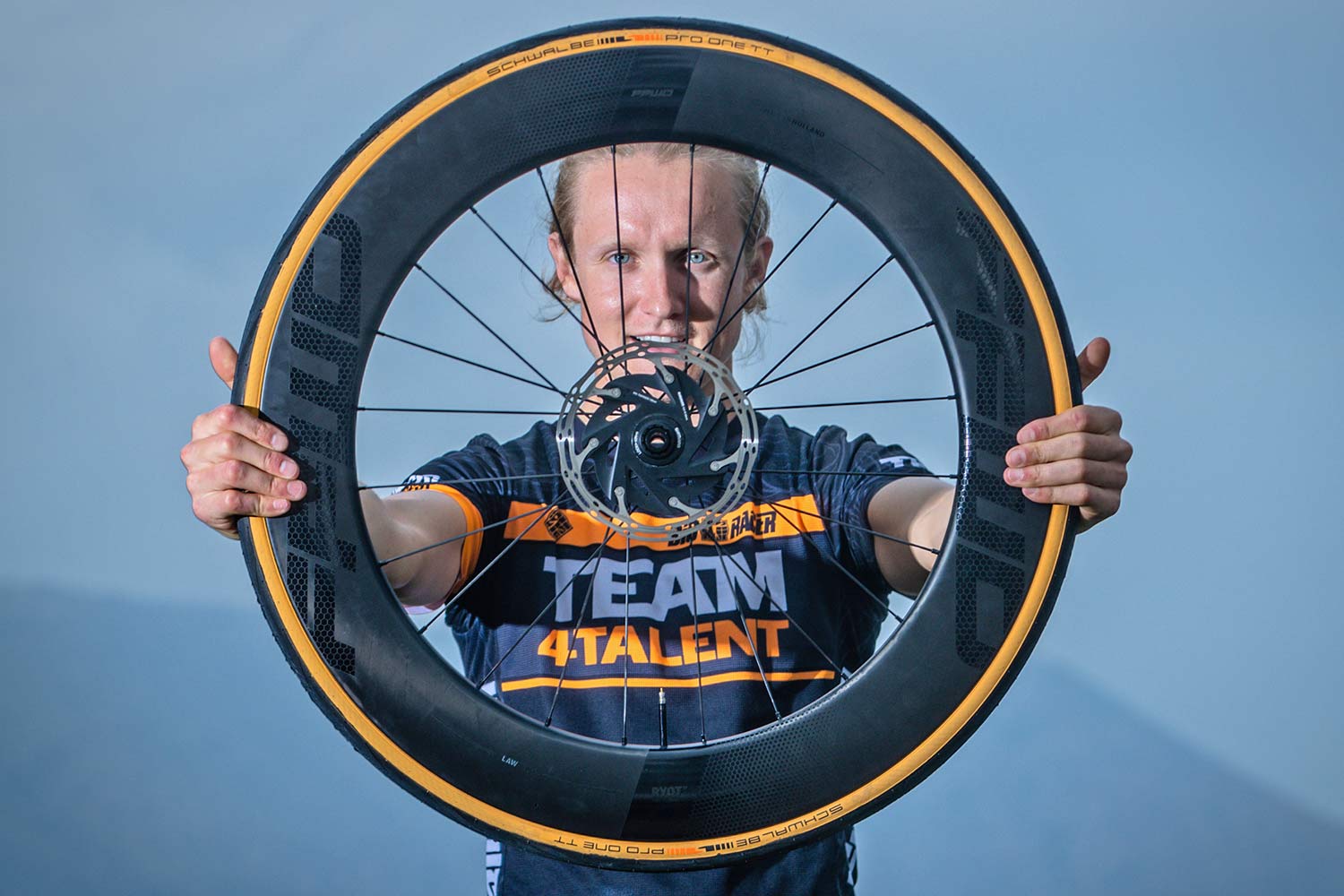 This super deep 77mm version for TT & triathlon racing was already in mind. But it seems like it required a bit of extra time to refine to ensure FFWD could keep the overall weight in check, and be sure they would perform well in windy conditions as well. 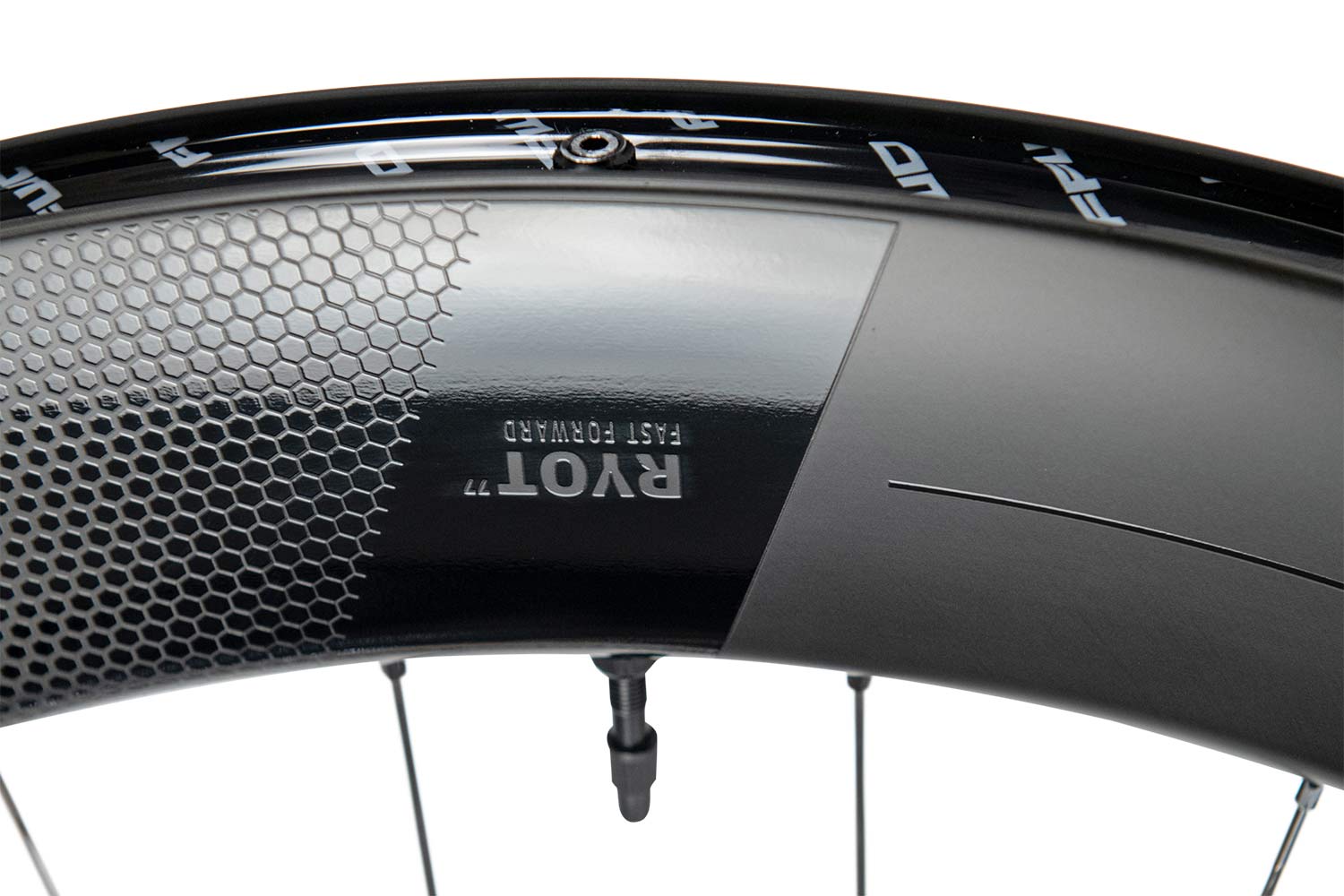 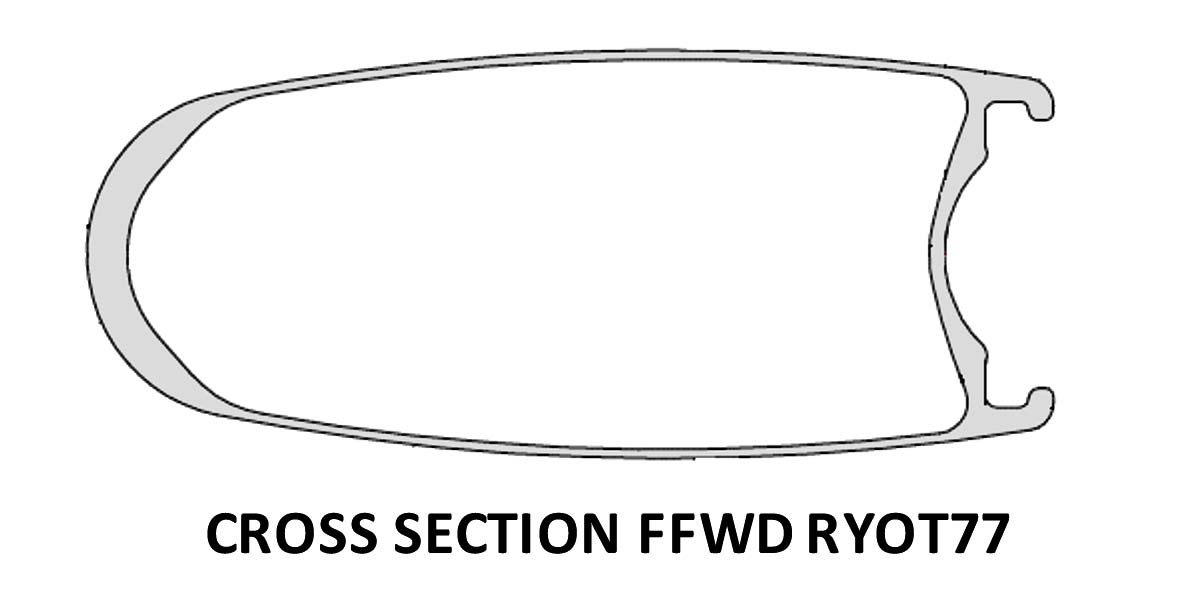 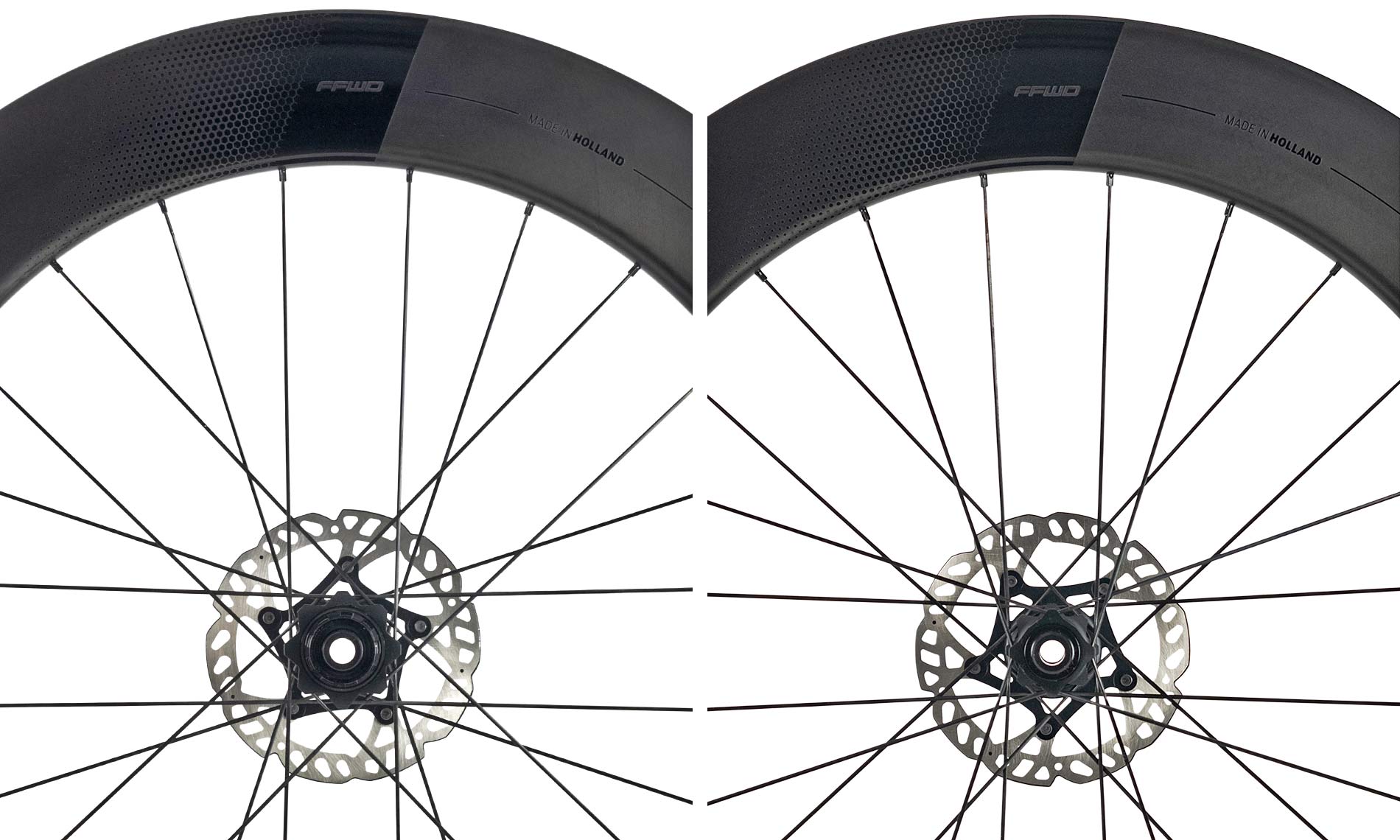 The RYOT77 is built up conventionally with standard spokes – 24 bladed, straightpull Sapim CX Ray & CX Sprint spoke front & rear with brass nipples – like the rest of the FFWD RYOT family. That helps keep them more serviceable than fast tri-spoke tri wheels, but it also means that FFWD can offer them with two different hub specs for more budgets. 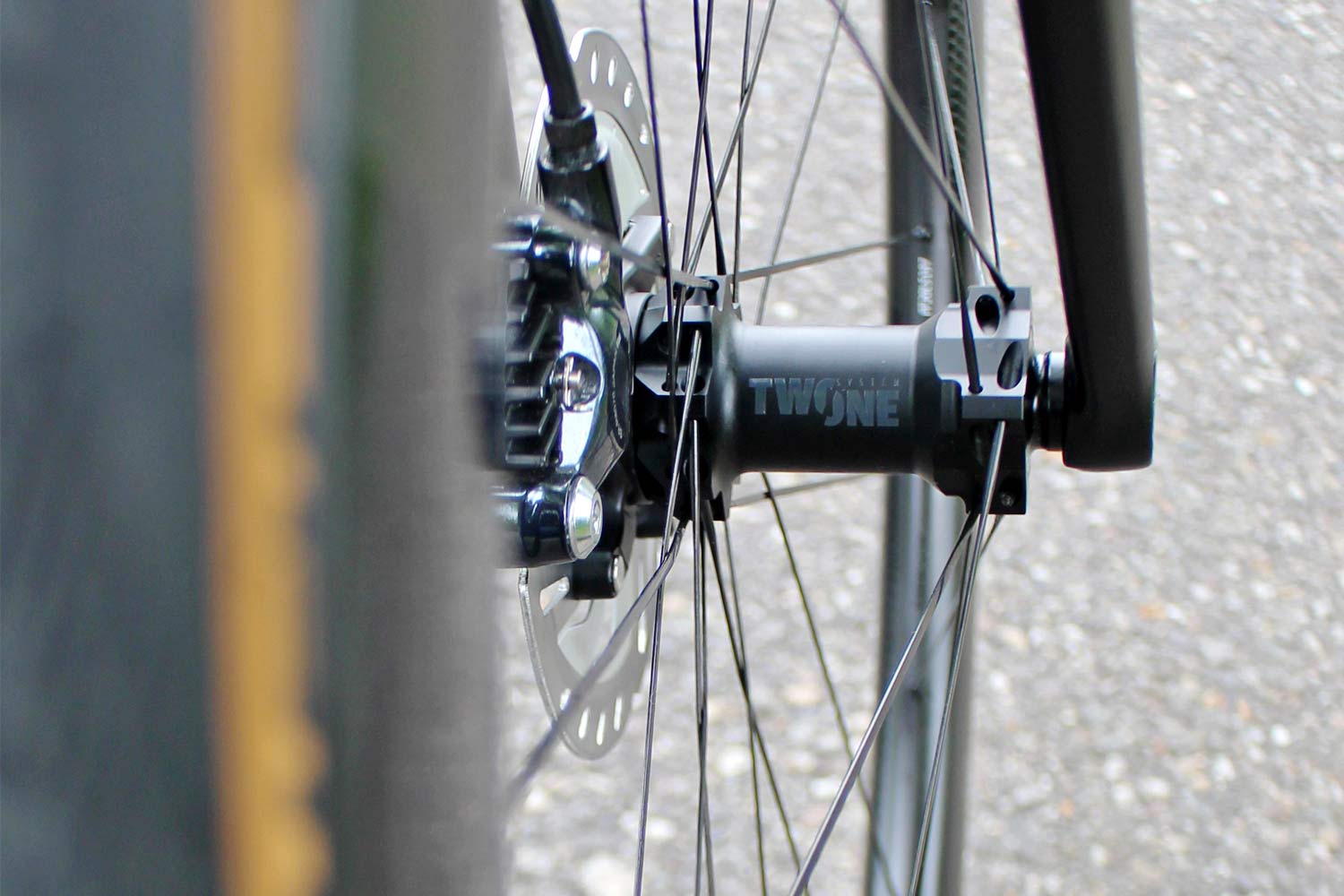 The FFWD RYOT77 is available now as a complete wheelset with the new ratchet Two/One hubs for 1600€ for the pair including pre-installed tubeless tape, tubeless valves & padded wheelbags, direct from FFWD in Zwolle, The Netherlands. A second build option, upgraded to the latest DT Swiss 240 EXP hubs will be available in September for 1900€. 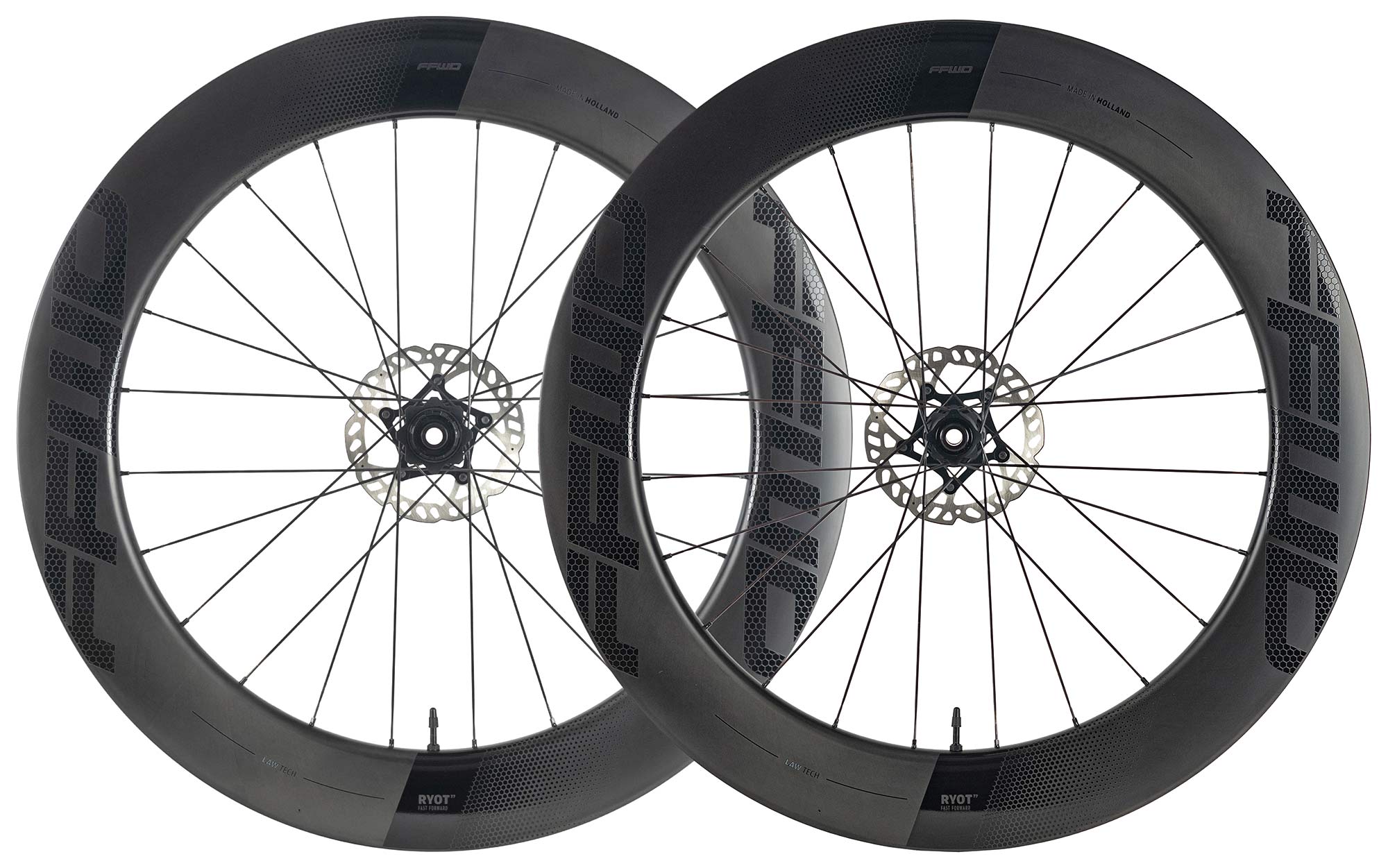 Individual wheels are also expected to be available direct from FFWD in the near future (“in the next few weeks“), so you can mix & match with FFWD’s TT Disc rear wheels or a shallower RYOT front wheel for more road racing versatility.

In the meantime, you can purchase wheels individually through FFWD distributors & retail bike shops. FFWD says the new 77mm deep wheels aren’t really only for TT & tri use, and could likely bleed over into crit racing or a flat road race. Plus, they should make your aero road bike look faster too. But realistically, the shallower 33, 44 & 55mm deep RYOT wheels will likely be more versatile, lighter, and more manageable in windy conditions while still claiming to make you faster.