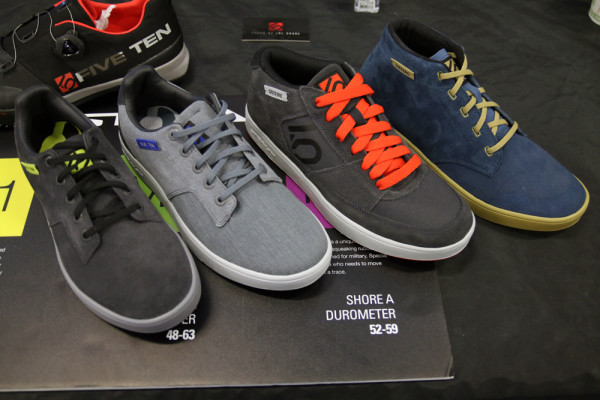 Even when they’re not on the trails, there is a good chance you can pick out a mountain biker by their footwear. That may not always be the case, but a number of the die hard mountain bikers I know live in their Five Tens, Tevas, or any number of BMX kicks both on and off the bike. Even with Teva out of the mountain bike footwear market, Five Ten isn’t slowing down. Instead, the recognized name in footwear has refreshed their casual line with new colors, cuts, and an all new Marathon micro dot rubber sole.

To satisfy your bike specific needs, Five Ten was showing off the new Kestrel and Freerider Contact as well… 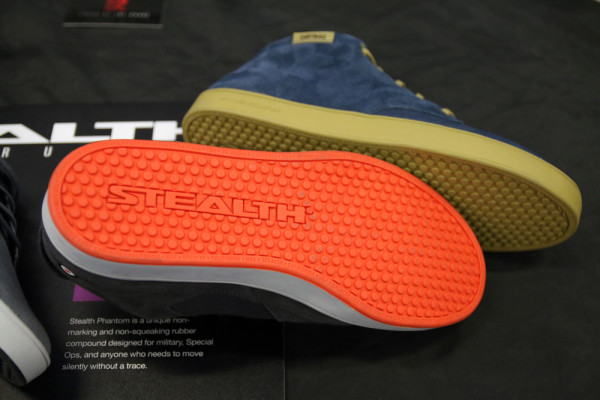 Five Ten rubber is sticky. Really sticky. That means when it comes to street riding, dirt jumping, park, or other disciplines where foot on flypaper type grip isn’t desirieable, the standard soles can be a little too grippy. The answer is the new Stealth Marathon outsole with its micro dot grip pattern that makes fancy footwork a bit easier. Found on the revised Spitfire, Dirtbag, and new Sleuth, Stealth Marathon comes in multiple colors to match the kicks. 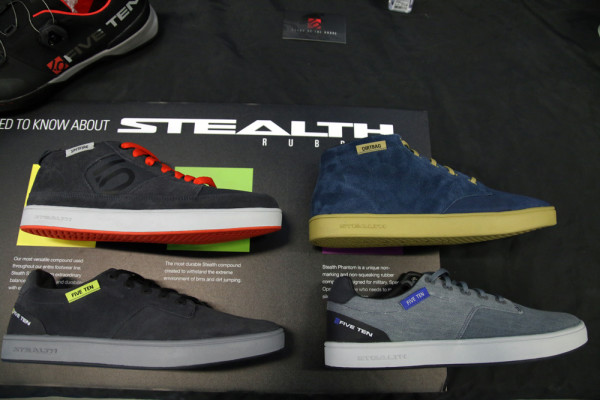 Out of the revised line up, the Dirtbag has the highest fit but calling it a high top might be a stretch as it’s only slightly taller than the new Spitfire mid. The Sleuth slots in with a cut similar to the old Spitfire, and in two colors – Canvas and Black. Selling for $90 the Spitfire is available now, while the Dirtbag and Sleuth models will both sell for $80 and will be available later this month. 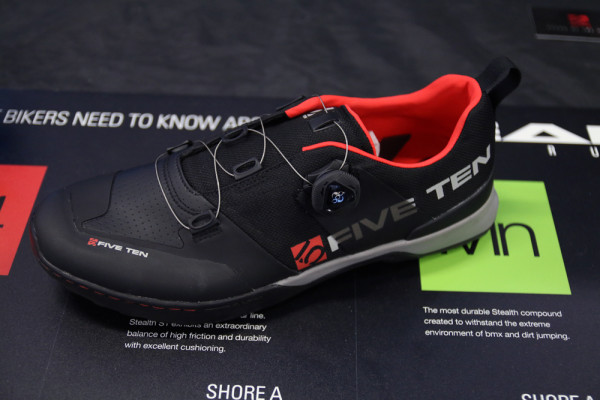 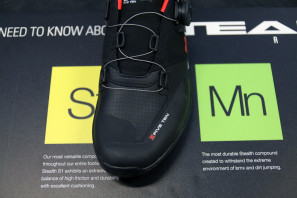 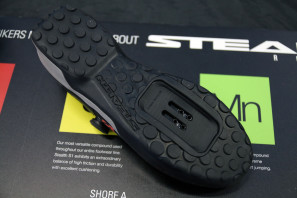 Going on four years of development with Jerome Clementz, Five Ten’s newest clipless shoe is just about ready for release. Built around a carbon infused shank the Kestrel is super stiff compared to other 5.10 shoes, but still checks all the boxes for a shoe meant for Enduro. Around the SPD compatible clipless shank, 5.10 uses their more durable C4 rubber with Stickier Mi6 rubber on the toe and heel for off the bike traction. Other features include an EVA heel for cushioning impacts, a fully synthetic upper with an impact strike zone on the toe, Ortholite sock liner, and single Boa closure. Listed with a price tag of $180, the Kestrel will be shipping in April. 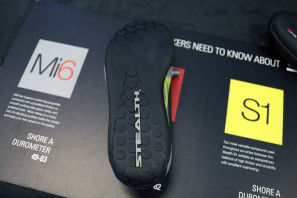 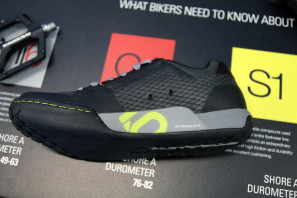 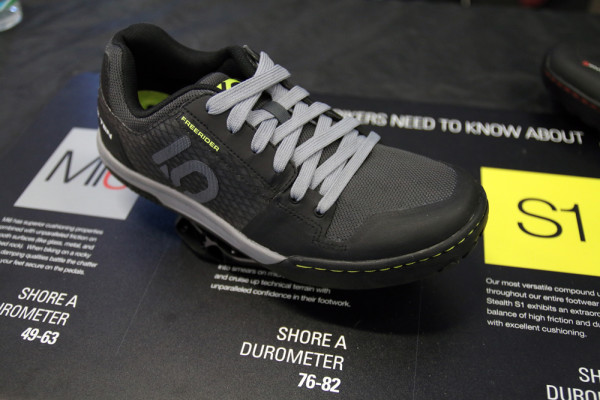 As an update on a favorite, the new Freerider Contact steps in where the Freerider VXi left off. The new upper has been redesigned for a better fit especially around the tongue and ankle. Built with their Contract Outsole and Mi6 rubber, the Freerider Contact should continue to be a favorite of flat pedal riders of many disciplines. Clad in either Black/Lime Punch or Grey/Blue, the shoes will make contact in April for $125.

Years of development with Clemetz? He was on Mavic shoes until this winter… Stop repeating the marketing blabla please.

Reviews for the Kestrel are pretty positive so far, but five ten’s suffered some problems with durability lately, enough so that I wouldn’t buy a brand new model from them right now. Wait a year & let others be product testers. Not that I’m real likely to buy clipless shoes soon anyway. I just don’t feel held back by flats in any way, except pedal weight.

I’d like the Freerider with the casual sole. Too bad my Teva Links shoes didn’t last into this riding season, they’re probably some of the comfiest kicks my toesies have laid in.

those boa shoes look super hot! I wonder how hike-a-bike compatible they are?

I used to chew through Vans (every day off the bike wear)in 6 to 9 months. Gave the Spitfires a go, they are at 9 months are still have plenty left, will definately buy again.

Looking for clip in shoes for my 10 yr old. He races down hill MBT.