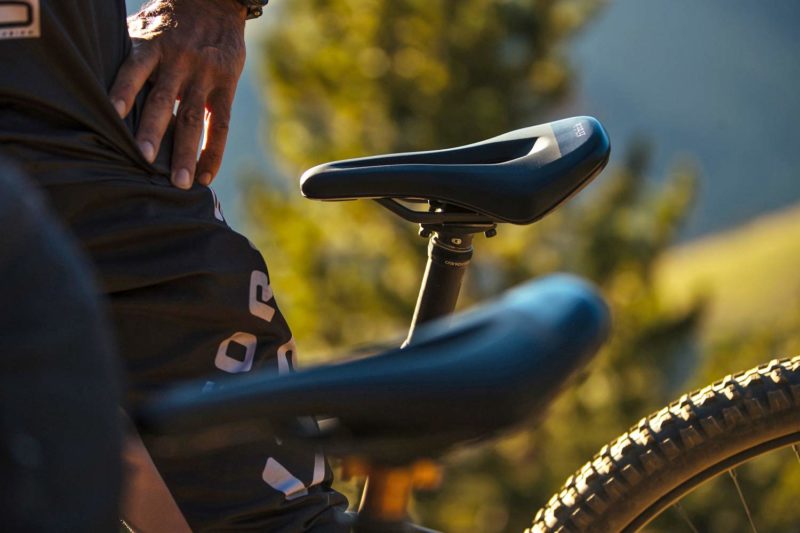 Fizik has unveiled an all-new Terra Aidon off-road saddle they say was “designed specifically for e-MTB” use. Why do you need an eMTB-specific seat? A longer time spent in the saddle, more seated time soaking up bumps, pedaling up even steeper climbs, spinning a higher cadence overall? 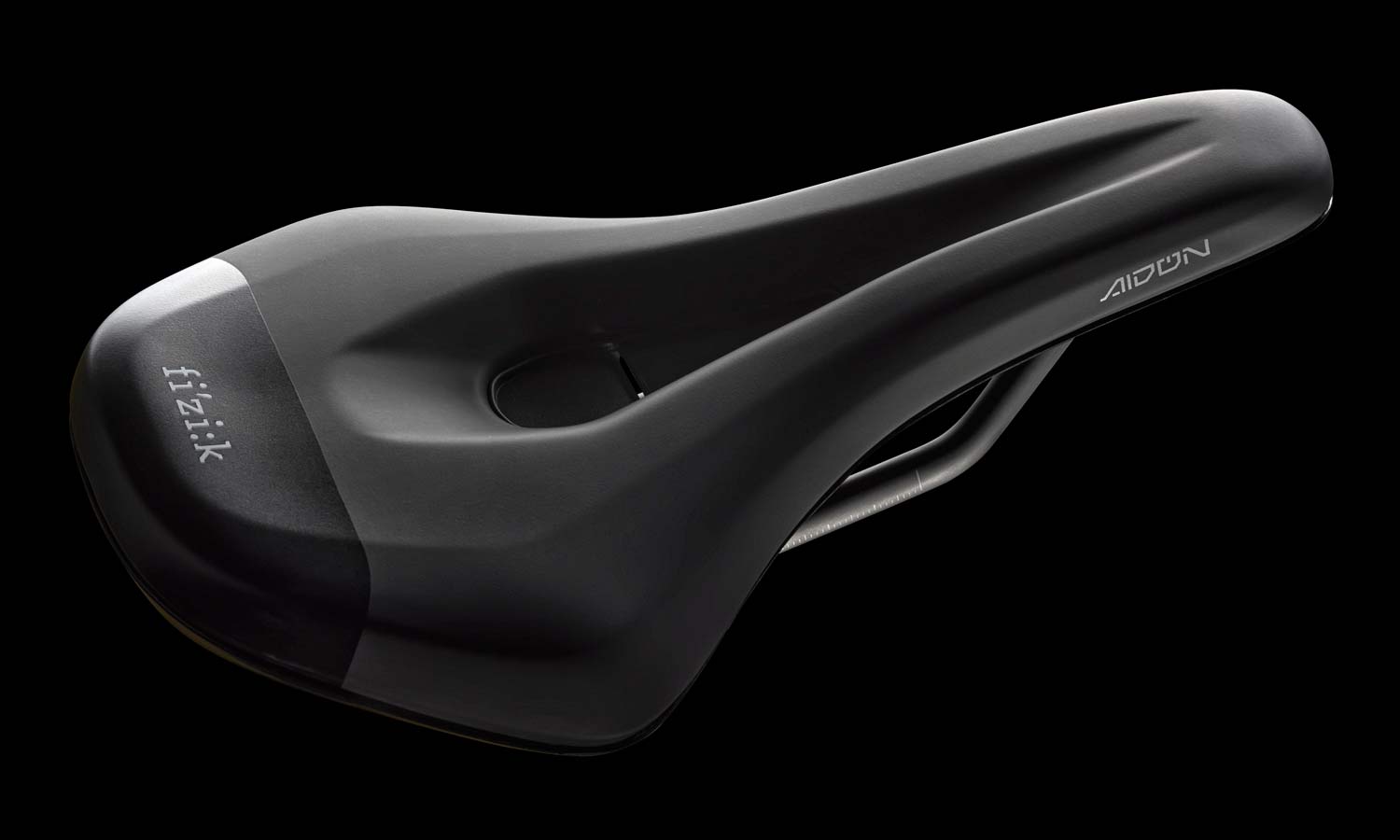 If the new Aidon is more comfortable for that, wouldn’t it be nice for an all-day enduro bike too?

While the idea of e-bike-specific saddles sounds crazier than e-bike-specific handlebars, tires, or tools… it’s not even the first eMTB saddle we’ve seen. That would probably go to the PRO Volture three years ago. But while e-saddles haven’t flooded the market in the years since (how about this e-Brooks?), I get the sense that more quality saddle options is always a good thing. 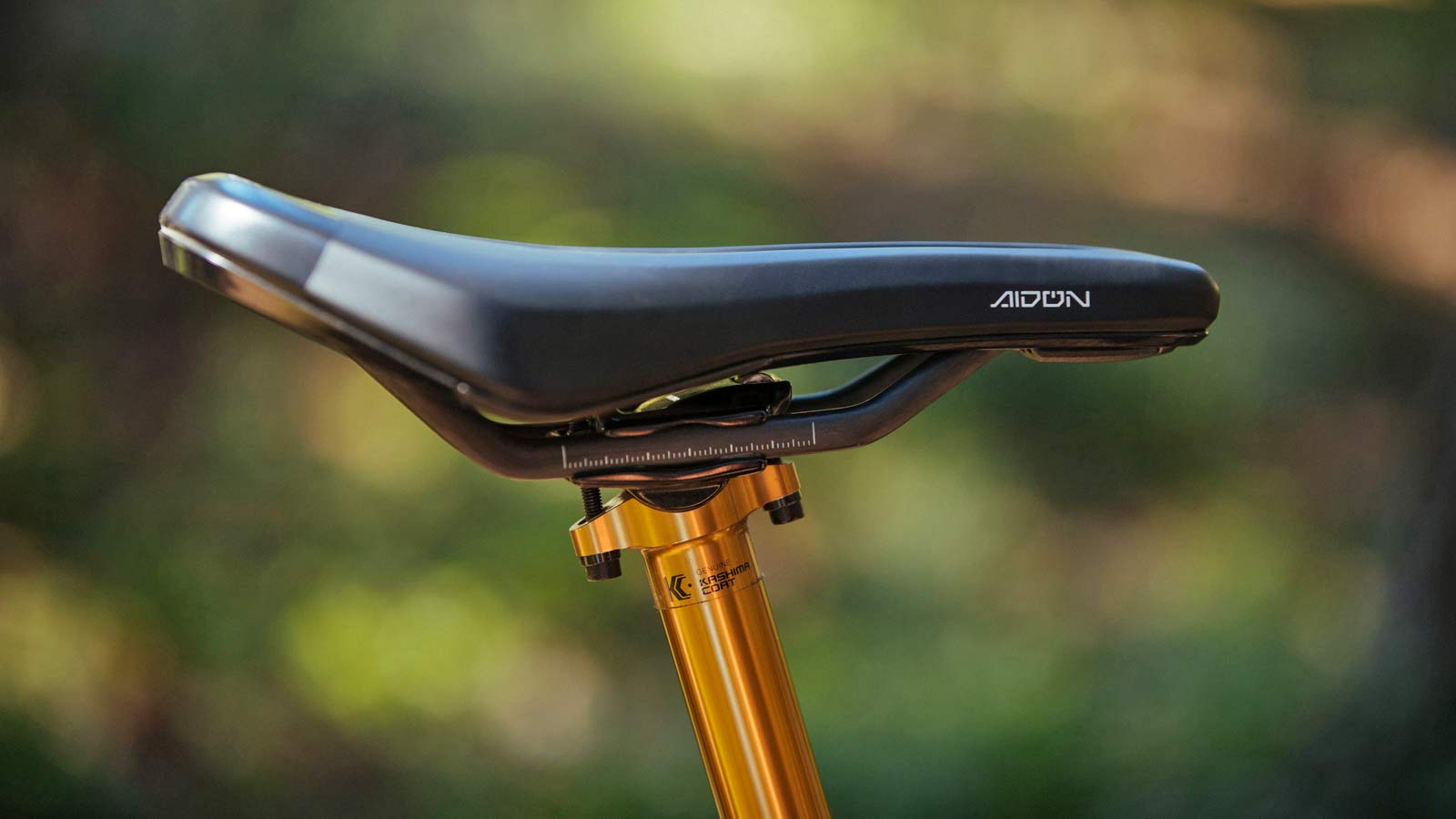 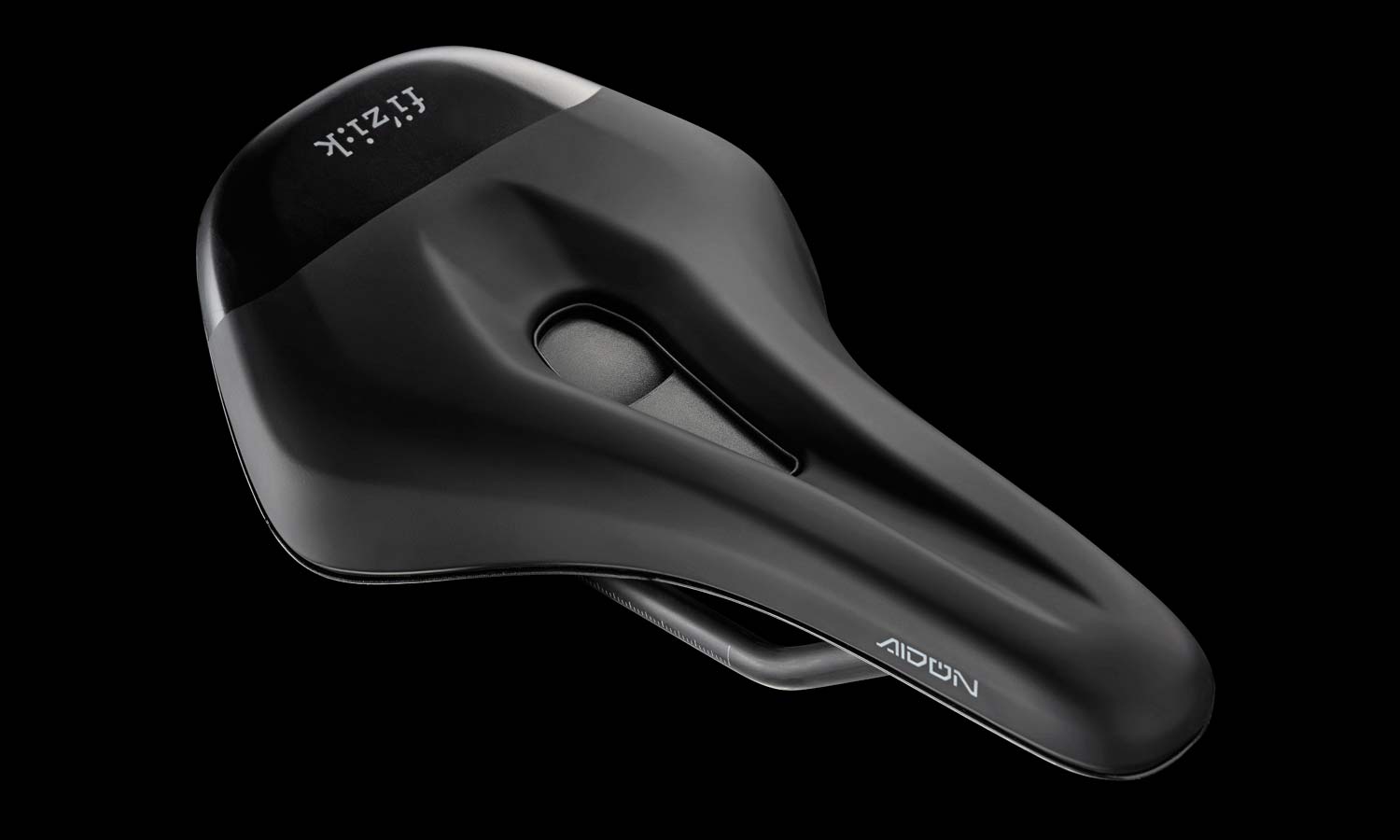 To solve the first comfort element, the Terra Aidon saddles use a new progressive ‘Type-2’ foam that is thicker and more supportive directly under your sit bones, plus a deep central cutout to prevent unwanted pressure. The open saddle cutout actually includes an integrated ‘mudguard’ that keeps wet tire spray from getting to you, but includes an air scoop so your undercarriage still gets some ventilation. 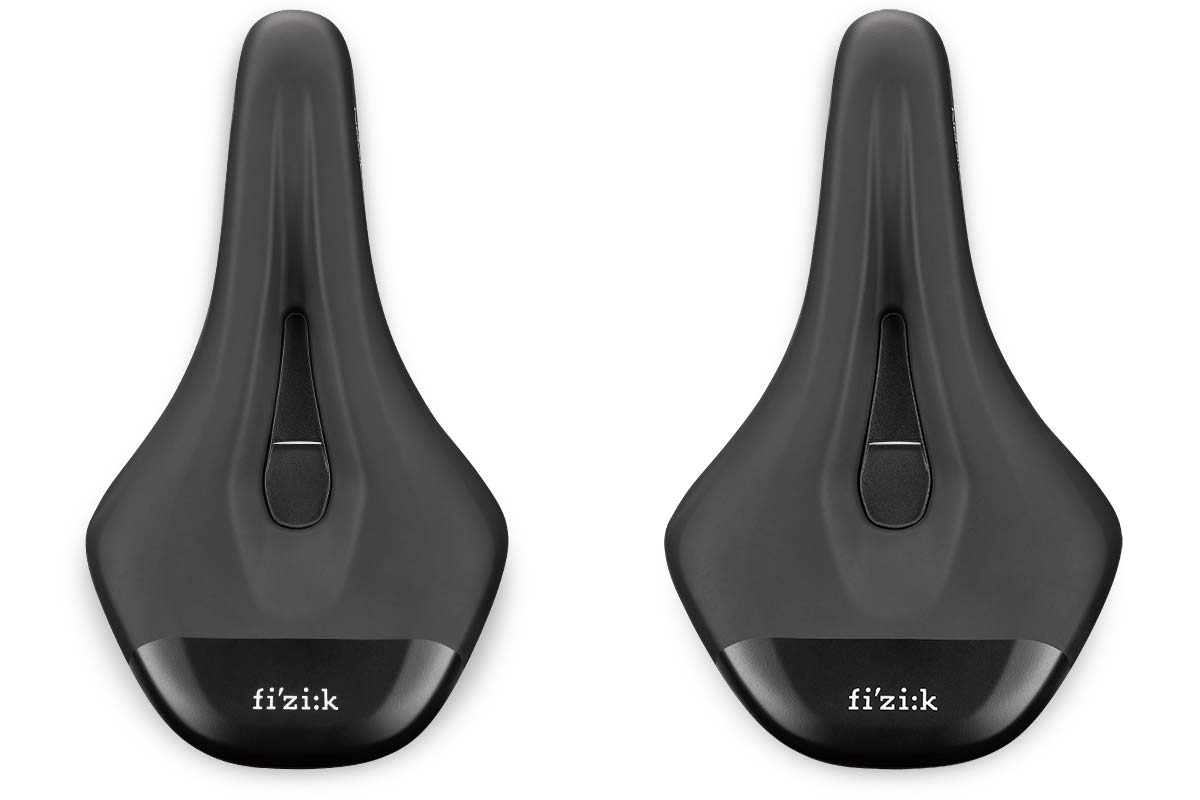 For the support element, the short overall saddles (255mm long) go wide in two versions 145mm or 160mm, and get a scooped up tail that you can push against while seated and pedaling up the steepest climbs. Of course since you’re going to be seated and pedaling longer, the fiber-reinforced nylon shells get Wingflex edges to move comfortably under your thighs. 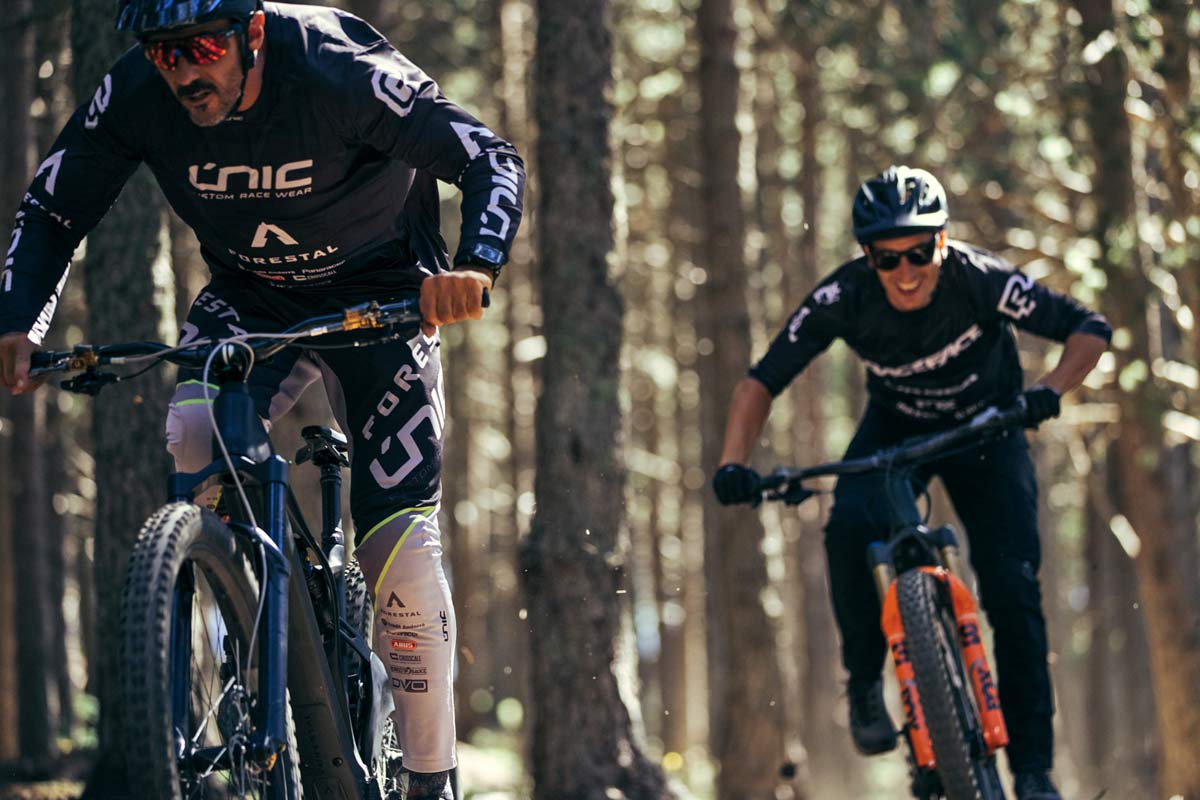 Both of those approaches probably would work for adventure all-mountain riding too, where you might spend long days in the saddle, and thanks to modern trail geometry with super steep seat angles, we spend more time spinning up those steep climbs, as well… 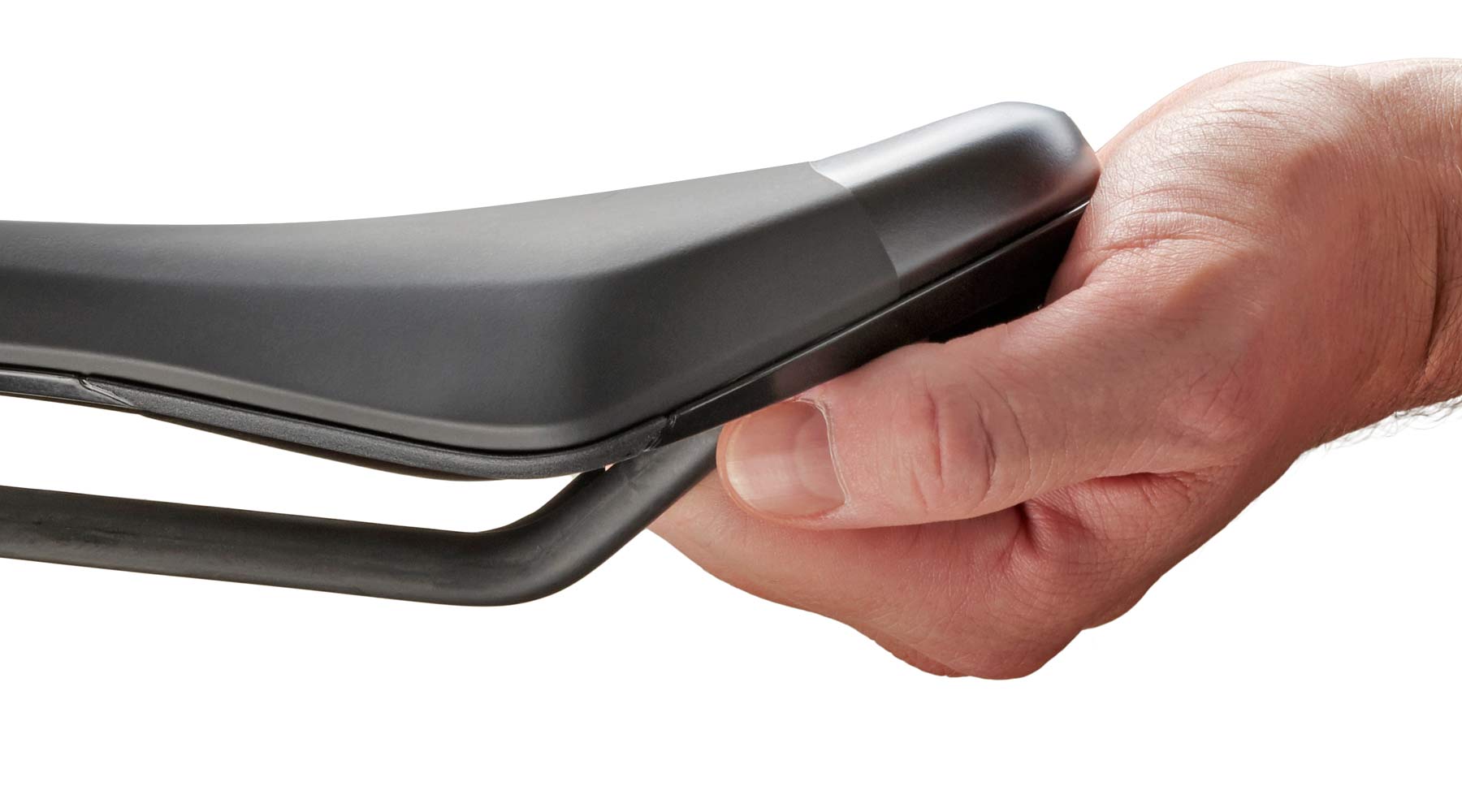 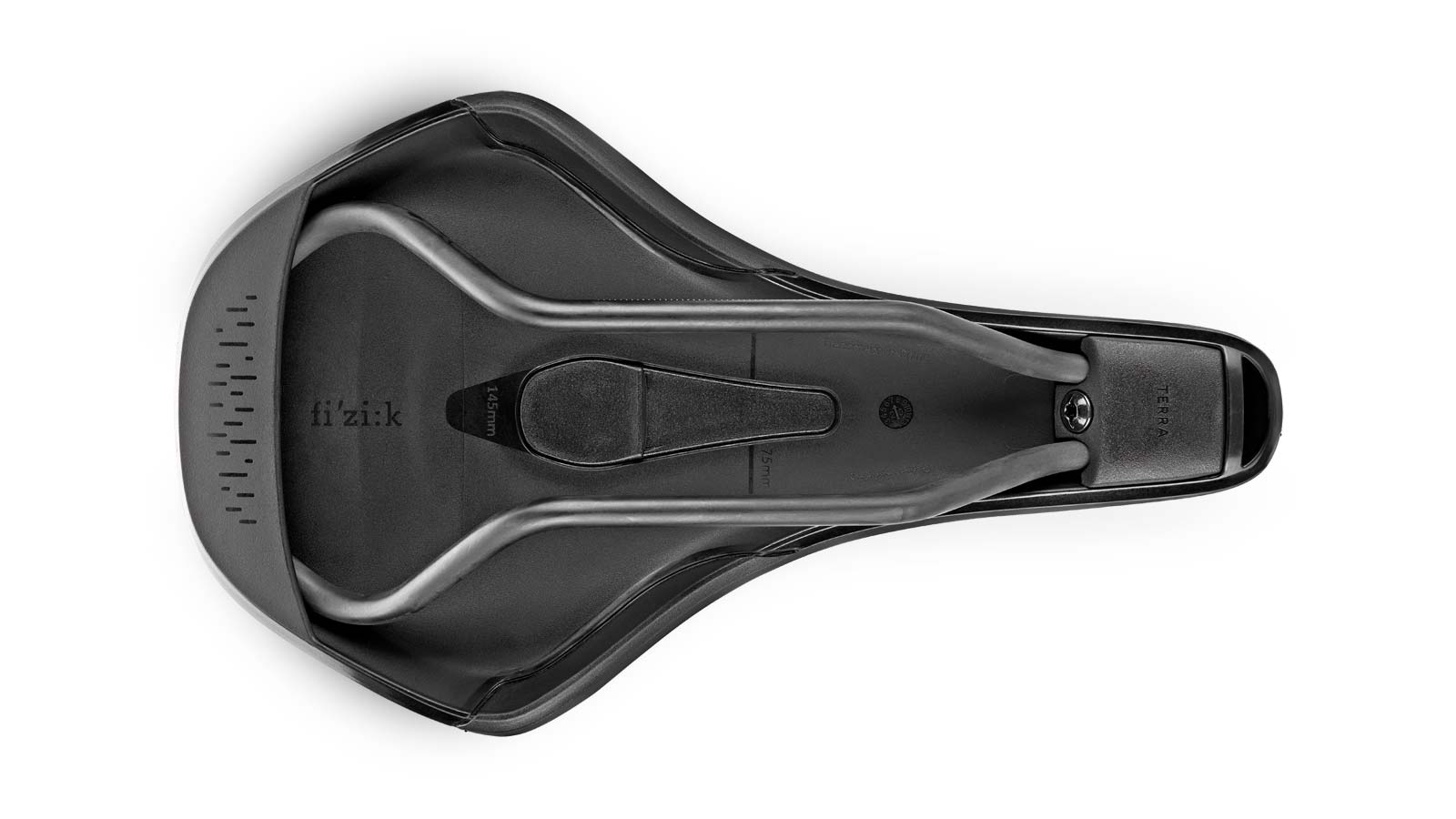 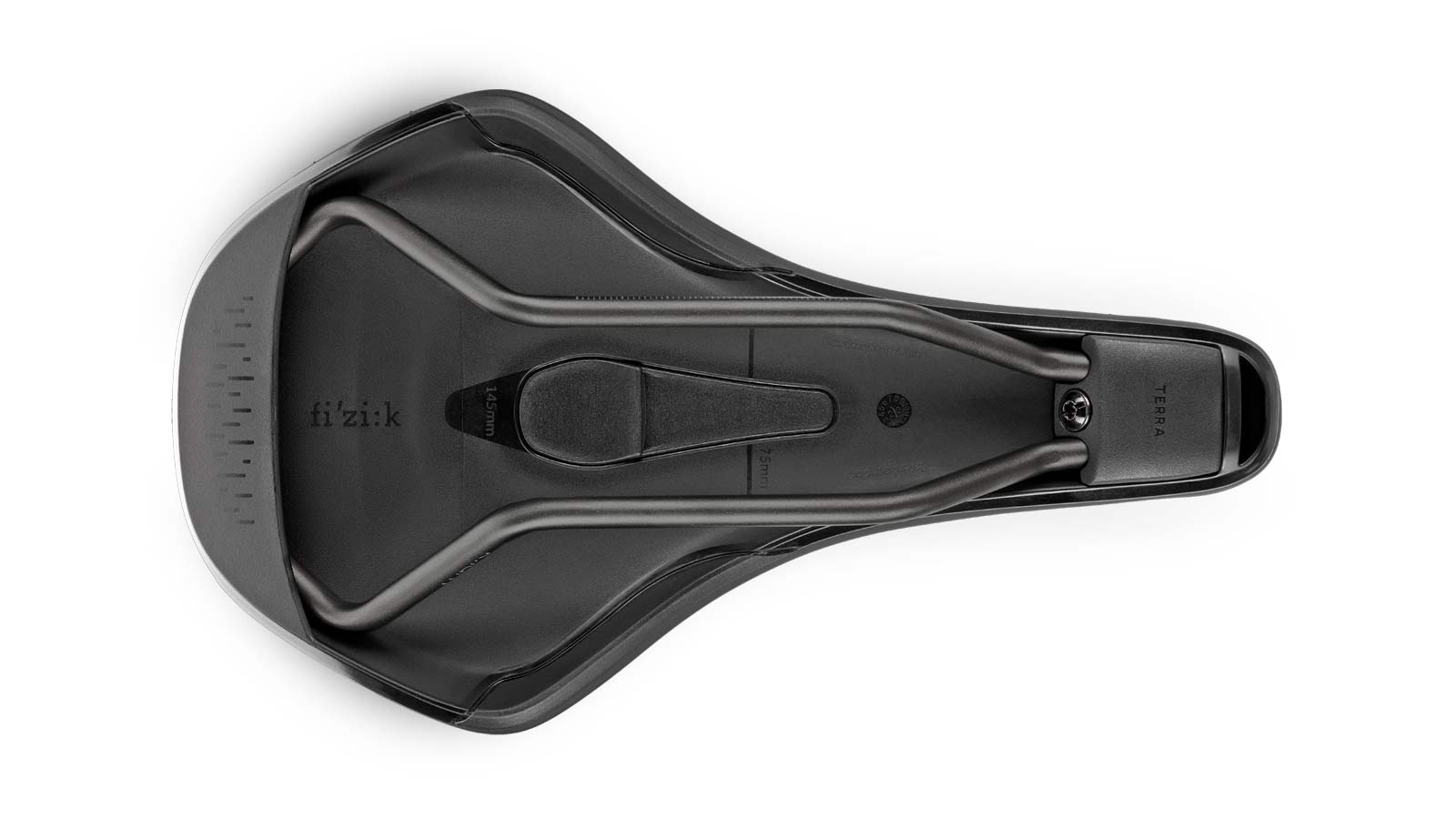 While it hasn’t been officially announced, we’ve also seen that an even cheaper X5 version should be coming with steel S-alloy rails. For now, both X1 & X3 are available direct from Fizik or through their regular retailers. 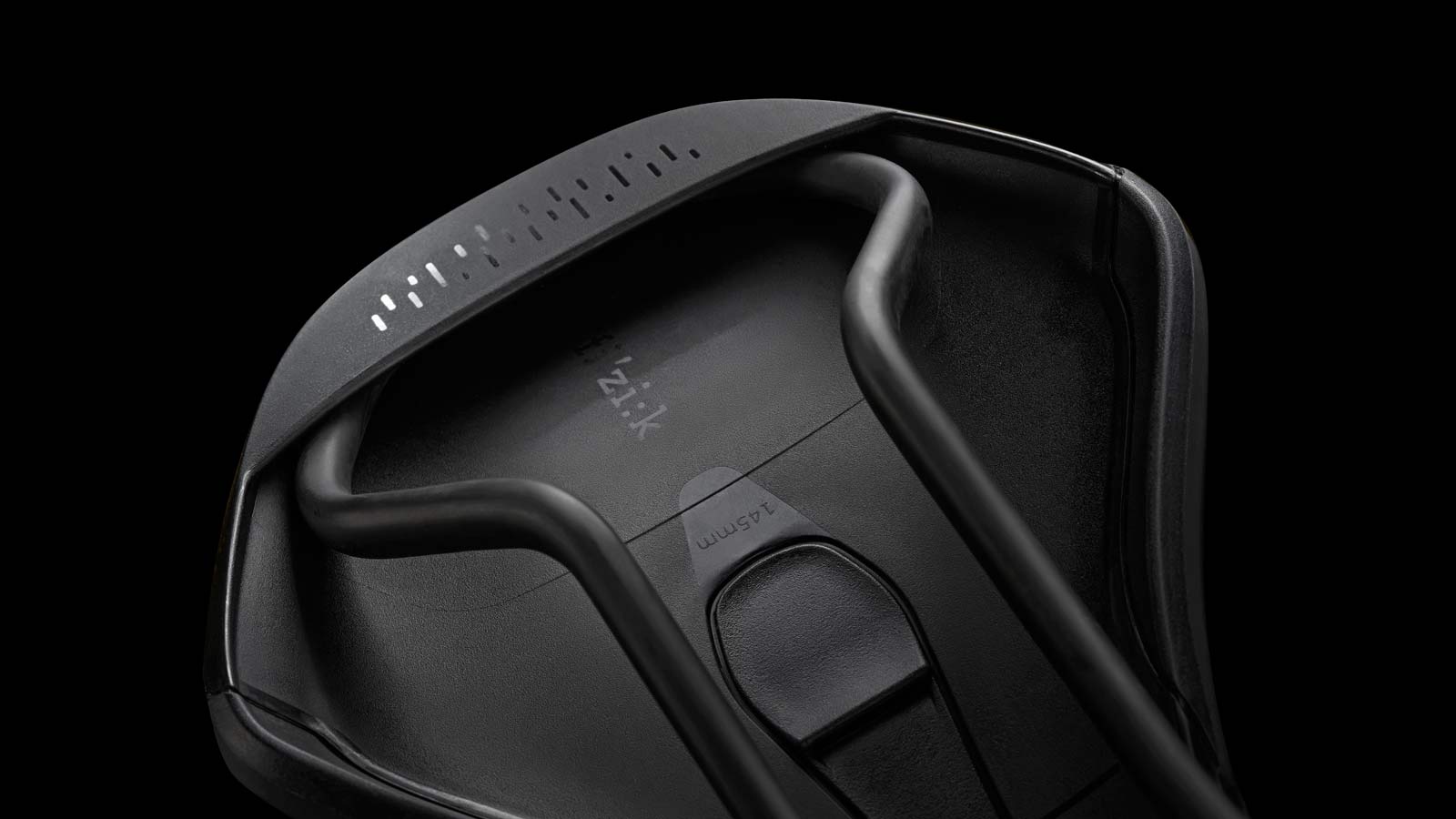 their type 2 foam on the Argo Tempo are terrible, only good for about 30 minutes then you are in a world of pain from hotspots.

My ass is a big Fiziks fan in general, i’d give it a go.
Where is Suzette at these days?

Regarding “e-bikers spend more time seated than traditional mountain bikers,” I call BS. The whole idea with ebikes is less time spent climbing (in the esaddle) relative to time spent descending (with your fancy esaddle dropped out of the way)… so less time seated on an ebike than riding your acoustic bike, no?

Yeah I spend almost all of my time climbing in the saddle I don’t stand up except for short periods of time and I would be going slower than an ebike on the climbs.