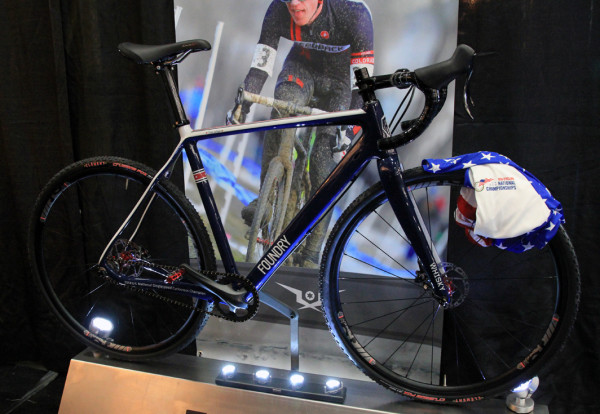 When you win a national championship, sometimes you get a special bike to commemorate the occation. Such is the case with Tim Allen’s new Stars and Stripes Foundry Harrow cross bike which was given to Tim after winning the Single Speed national Championship on a stripped down Foundry Harrow.

While Tim gets his own painted bike, Foundry is adding some paint to their stock bikes for the coming year, see it after the break. 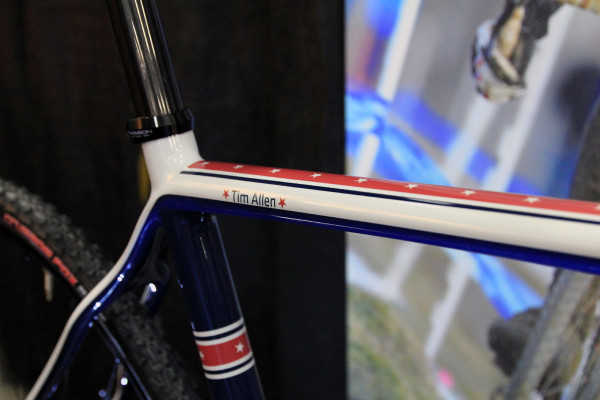 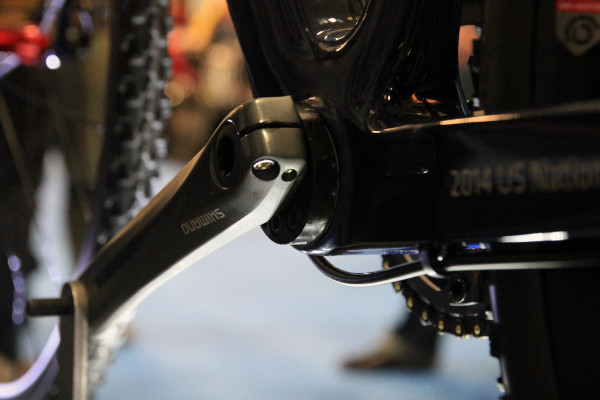 After plenty of punishment dished out by Tim, Foundry is comfortable saying there are no worries when it comes to running a PF30 eccentric bottom bracket adapter on the Harrow. Running a Shimano crank and a 36×17 gearing, other spec highlights of Tim’s new ride include the TRP Hylex hydraulic single speed brakes and Industry Nine i25 wheels. 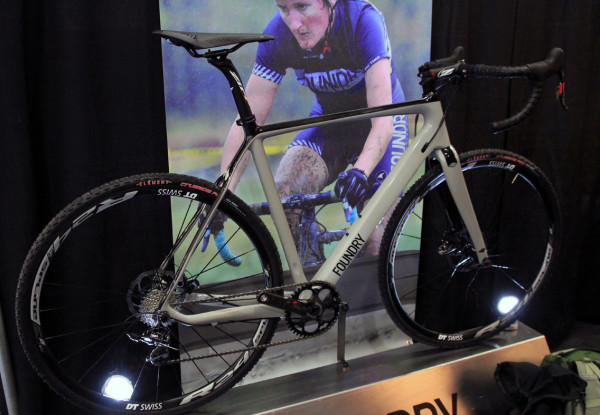 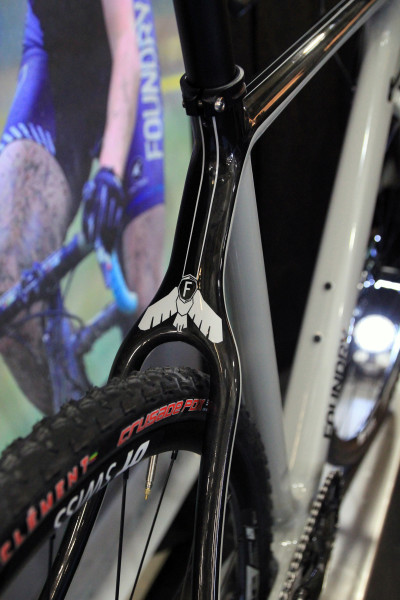 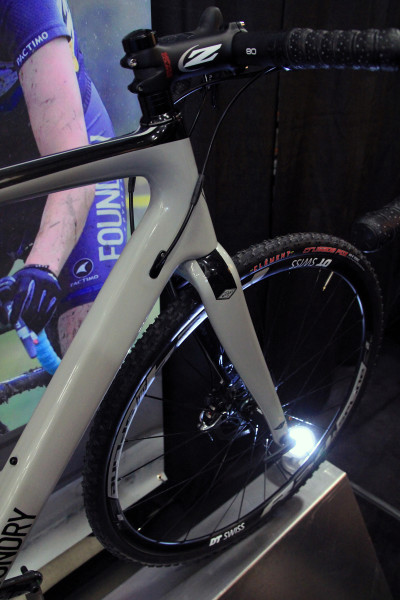 Known for their early bikes that were blacked out, Foundry is adding some paint to their bikes but in a typically Foundry way. The Harrow B1 receives a primer grey finish over most of the frame while the B2 gets a darker grey finish (not on hand). The paint job looks really good in person with raw carbon accents showing through wherever the frame looks black. Harrows still run a thru axle fork and disc brakes – features we loved in our review. 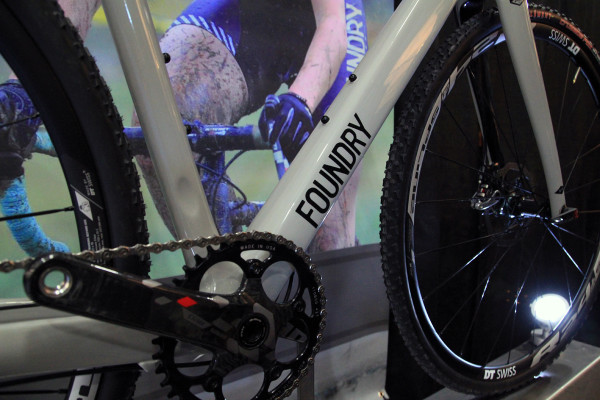 Shown with a Wolf Tooth Components CX ring, we’re assuming that won’t be the final spec….

Glad to see some color!

Mmmm. Can’t wait to get those Hylex set up on my SS roadie!

does Foundry make the carbon frames or are they “picked out of the catalog of carbon frame” in taiwan?

second: having seen it in person, that Harrow B1 in the picture is an amazing looking bike in person. The spec will also be badass…..i can see myself on one this machines!!!!!

@badbikemechanic- Try not hating on somebody for no reason. Maybe Tim WILL try to win SS CX worlds next year. CX SS Nats was his first single speed race. Ever.

Timmy only won because Adam Craig opted out in favor of the true legit single speed world championships. Screw USAC.

@badbikemechanic
If you mean that AC was whining like a pro racer about the cross season running late, then yes. Correct. Adam Craig is fast, but you have to step up to be the champ. The only thing legit about SS Cross Worlds was the drinking.

I am with you grind the drinking and the ‘everybody’s a winner’ race was legit.

i’ve seen Tim beat dudes like Danny Summerhill, and i’ve seen him do some drinking. SSCXWC should present him with an olive branch… he’d have fun there win, loose or drunk

How do you find time to make classic films like Jungle 2 Jungle and train enough to win nats?

@bababooey, not sure about this particular bike, but their initial bikes were definitely picked out of the Big Asian Book of Carbon Bicycle Frames.

The bomb tires and CX ring….but you can keep the rest of that cr*p.

I love watching TA get down at CX races…I’ve seen him beat Summerhill, bunny hop entire courses and watched from the pits at CX Nats as he calmly applied pressure to the field for a convincing win!! And @badbikemechanic try not to be douche your whole life…

The Harrow is an insanely awesome bike and is definitely not “off the shelf”. This was the first cross bike with a 15mm thru axle fork! For the record, I’m not a purist single speeder – I’ll ride anything as long as it’s fun. SSCX nats sounded fun, just like SS Worlds in Ireland 2011. I’ve been racing single speeds since ’04 and YES, Adam Craig would kick my ass on any given day! Ride bikes, drink beer, carry on…