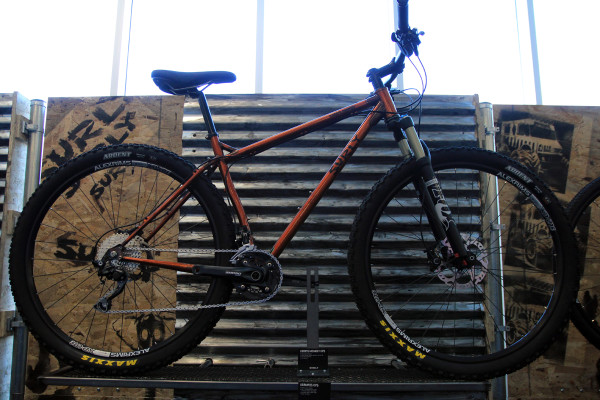 The Ice Cream Truck may have been what everyone was talking about around Surly’s Intergalactic headquarters, but that wasn’t the only new thing they had up their sleeve. Maybe most notably was a big redesign of the beloved Karate Monkey. No, they didn’t make it 27.5″, don’t worry. Built with the same classic Monkey geometry, the new bike is equipped with a few new modern frame features and an awesome translucent metallic flake paint job.

More Karate plus new Pugs after the jump. 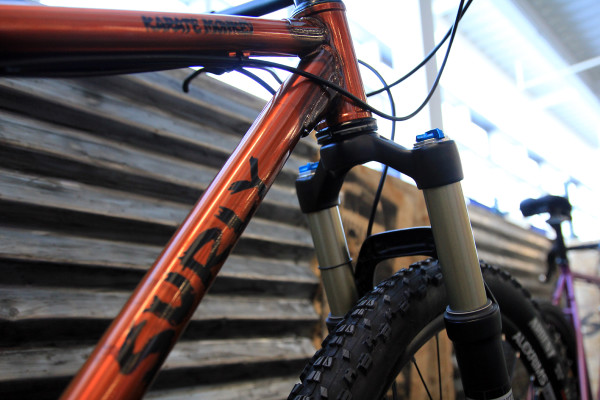 At the front end of the bike is a new 44mm head tube allowing you to take advantage of tapered forks. Or 1 1/8″ if you prefer. 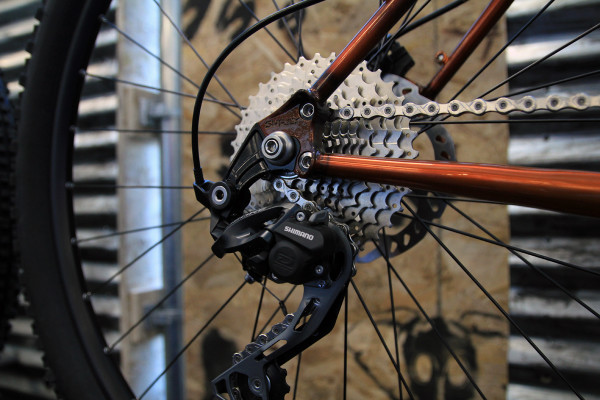 Also, the KM receives the new MDS dropout system allowing for geared direct mount, single speed, and QR or 142x12mm thru axle dropouts. The bike will be set up with a full 2×10 Shimano Deore drivetrain complete with Shadow Plus rear derailleur and a Fox 32 Float for for an impressive $1975. 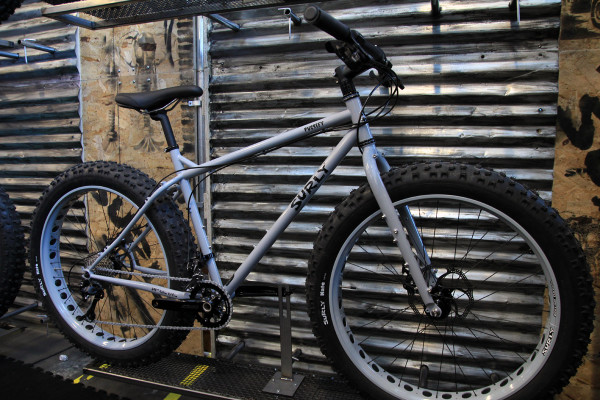 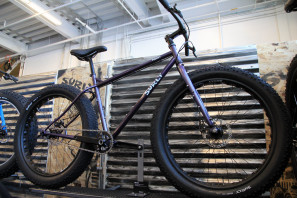 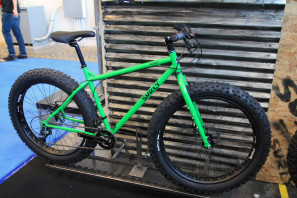 The venerable Pugsley will now be offered in 3 different specs, the standard which is now green, the greyed out OPs and the new Pugsley SS. The SS will come with a Moonlander non offset fork, Marge Lite wheels with Knard 4.0 tires, BB7 brakes, and a 33×19 drivetrain with a stainless chain for just $1500. The SS is still gear compatible should you choose to add a shifter and derailleur in the future. The Pugsley Ops will include upgraded Rolling Darryl rims that are color matched to the frame wrapped in 120 tpi Nates and a 2×10 SLX drivetrain with BB7 Black brakes for $2150. The standard Pugsley gets a new ectoplasm green paintjob (RIP Egon Spengler), and retails for $1,750. 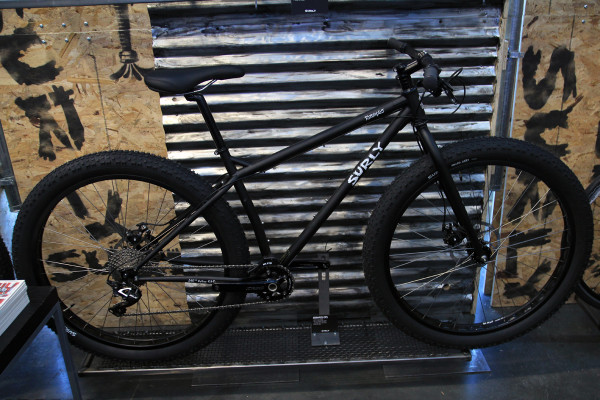 Finally, the Krampus gets an Ops model of its own that is as they say, murdered out with a stealth black powdercoat. More than just black, the new bike is also equipped with the MDS dropout system and s built with a 1×10 SLX drivetrain and Surly OD crank which will retail for $2150. Framesets will be available both in the Krampus and Krampus Ops MDS for $725 and $800 respectively.

Nice to see even more versatility added to their line. Note the Pugs SS will be a limited one time run, so if you want it get your order in now.

Which one of these is aluminum?

I was hoping to see a Fox fork under a Pugsley by now.

Is the Pug SS purple? I can’t tell on my screen…