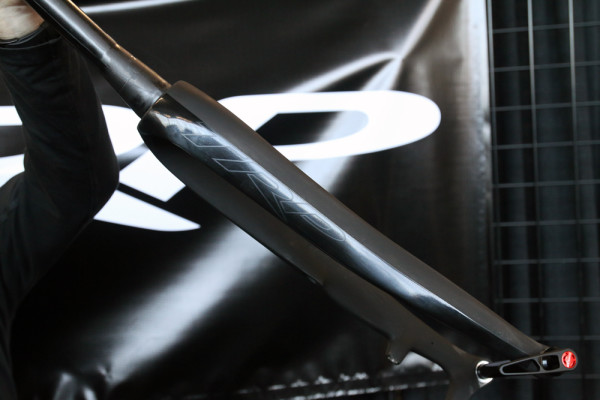 Continuing on with Frostbike coverage, TRP was on hand with the final production version of their carbon cross fork. Most of the fork’s specifications were decided when we first wrote about the fork earlier in the year, but TRP has now settled on the production finish. Using a two tone matte/gloss finish, there is a tastefully simple TRP logo on the upper quadrant of each leg.

More on the fork plus Foundry, Cogburn, Mechanical Threads, One, Odi, Ergon and more next… 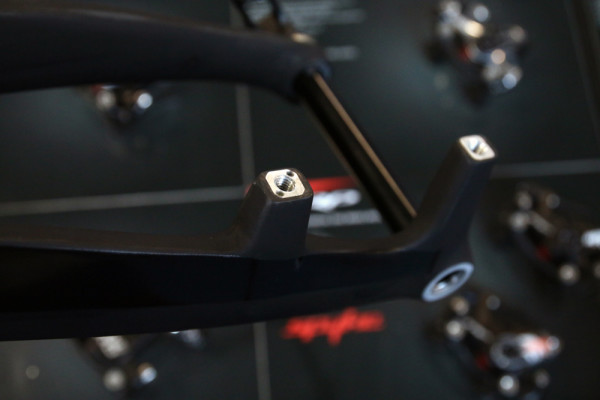 Equipped with a DT Swiss RWS 15mm thru axle, TRP gets credit for some of the cleanest carbon post mounts we’ve seen. The forks are just rolling into stock and will be available any day now. 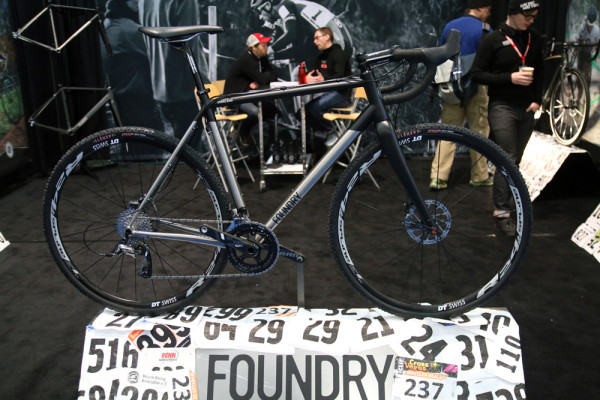 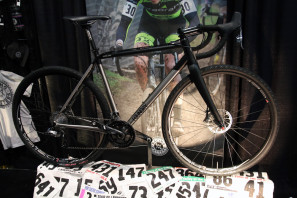 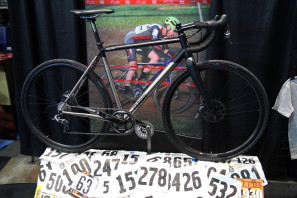 Foundry’s big splash at the show was the all new Overland – in titanium. A departure from their trusty carbon frames, the Overland looks as good in person as it does online. To highlight the frame’s versatility, Foundry had three different builds sitting in their booth with a 17 lb CX race bike, beefy gravel racer, and the stock build. 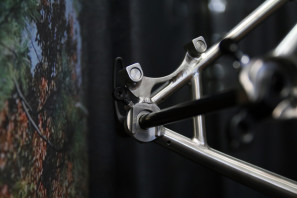 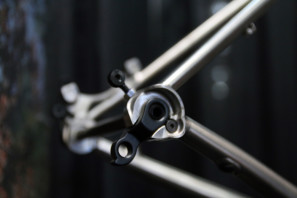 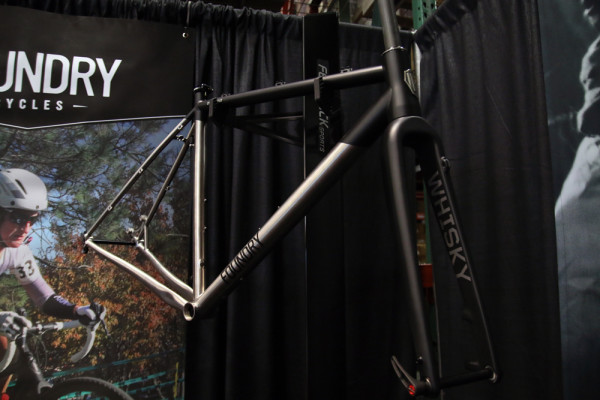 A close up of the 142x12mm thru axle rear end shows the removable fender mounts and replaceable derailleur hanger.

Cogburn didn’t have much in the way of new product, but they did have new finishes. In the world of camouflage that’s actually a pretty big deal since the patterns are heavily trademarked and are pricey acquisitions for the brand to add new prints.

The newest way to blend in is the Kuiu Verde CB4 shown above with the hunter mock up. Only 50 of these will be available for 2015 so get your order in early. The brighter fat bike above it is the Real Tree™ AP Blaze, which should keep your bike at least from being mistaken for a bear or other woodland creature. Even with the special finishes, all Cogburn CB4 fat bikes sell for $2199 with a smart build kit for back country durability. 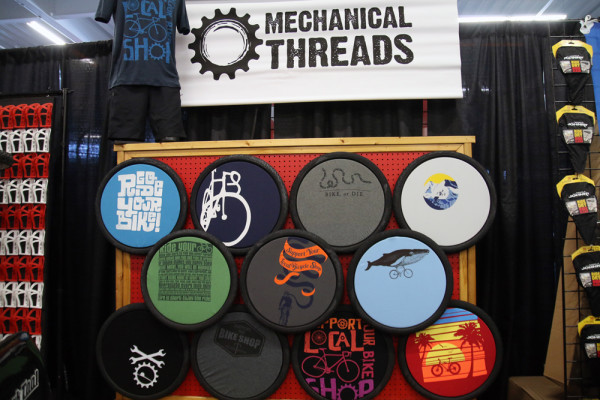 As a new brand at QBP, Mechanical Threads is bringing a bike shop exclusive line of artist designed clothing with a cycling twist. 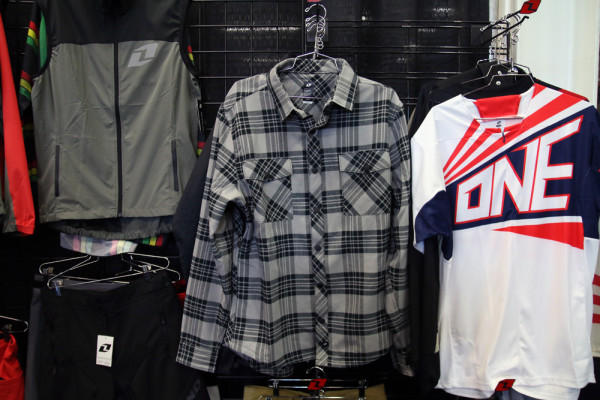 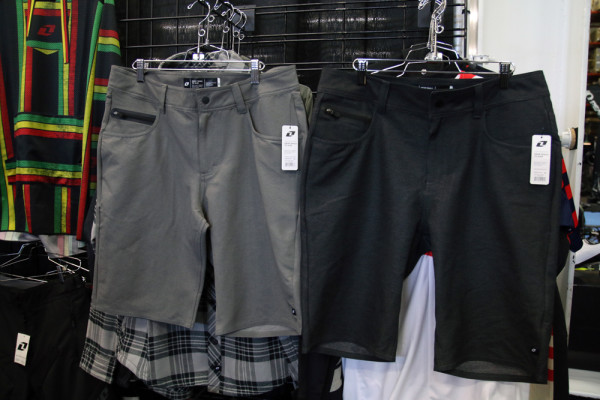 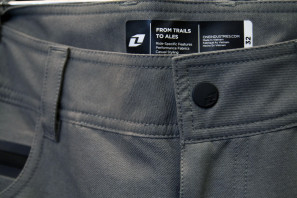 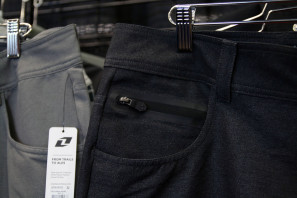 One Industries was on hand to introduce their new Tech Casual line which will be available near the end of March. The clothing is the perfect choice “from trails to ales” and includes casual looking shorts that are still built to ride as well as a tech flannel. The shorts will be offered in 3 colors for $80 each, and the flannel will be priced at $100. 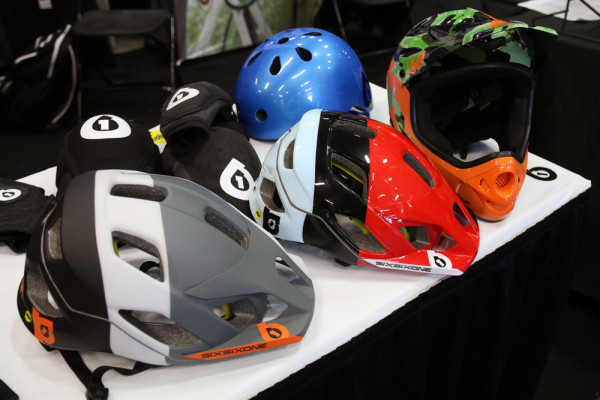 On the 661 side of things, the company will soon have the new colors of their Evo AM Mips helmets in stock. Featuring 15 vents, 3 shell sizes, and a 360º Boa Fit system, the helmets will sell for $200. 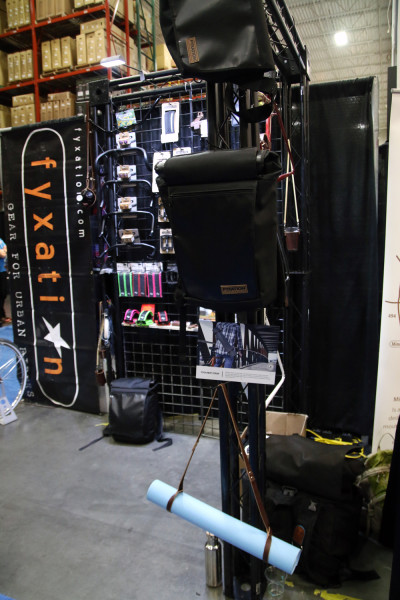 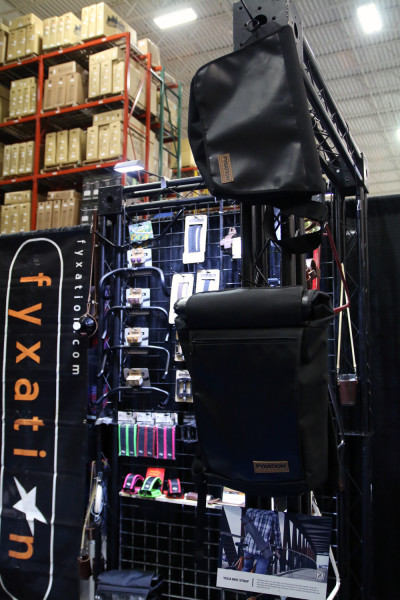 Fyxation continues to expand outside the fixed gear realm with Milwaukee made leather goods like their new yoga mat carrier which sells for $39.95 in brown or black leather. If carrying your yoga mat isn’t a priority but carrying other things is, check out their new Humboldt line of bags. Available in the $109.95 messenger bag or $179.95 roll top, both bags are made in Milwaukee, WI and are made from 1000D Cordula with waterproof interior liners. 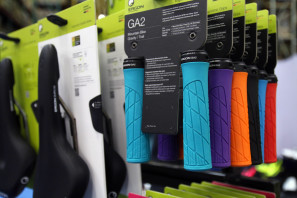 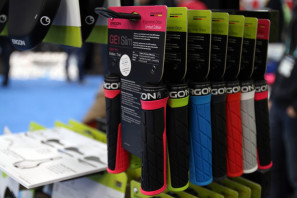 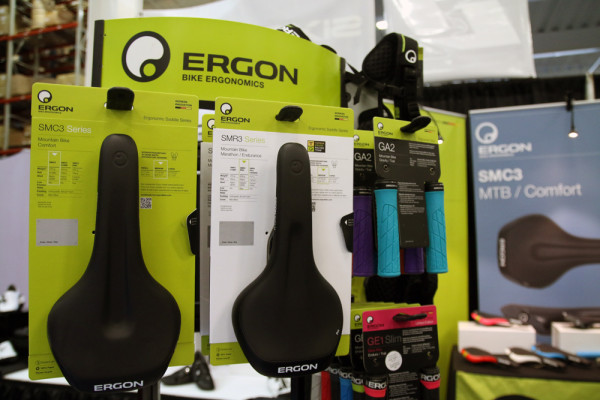 In addition to new colors of the redesigned GA2 and all new GE1 Slims, Ergon has two new saddles to show off. Together, the saddles replace the SM3 with the SMC3 (comfort) and SMR3 (racing). As the names would imply the SMC3 is more padded for a cushier ride while the SMr3 is a lighter, firmer saddle for aggressive riding and racing. Each model will be available with Chromoly, TiNox, or Carbon rails with their GFK or carbon shell with EVA foam padding for $80-180. Available in March. 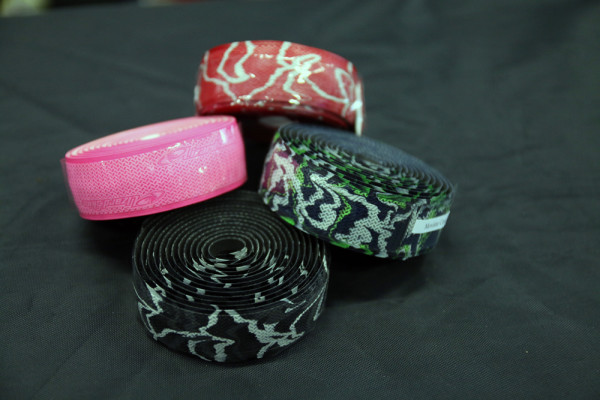 Lizard Skins has been working with some pro road teams with their DSP bar tape which has led to some interesting prototype colors. None of the tapes above are slated for production, but if you really like any of them, let Lizard Skins know and that may change… 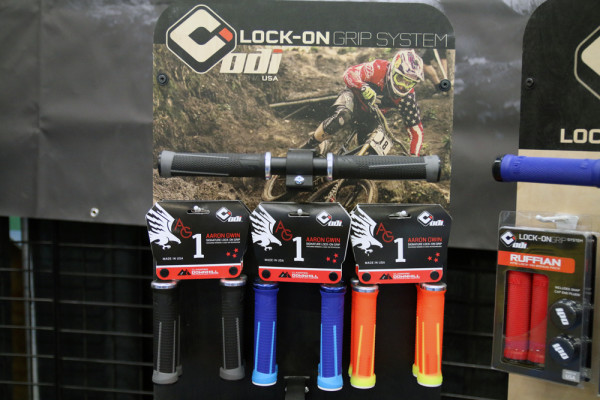 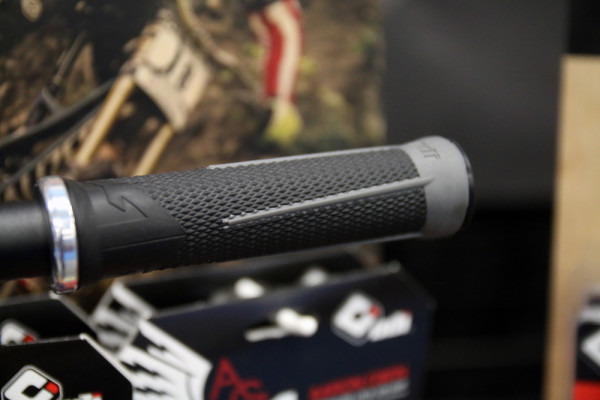 One of the more interesting lock on grips we’ve seen lately, ODI is now selling the result of their collaboration with 2-time UCI World Cup Downhill Champion Aaron Gwin. Aaron’s signature grip, the AG-1, is a departure from the traditional ODI lock-on design they call 2.1 with only 1 locking clamp per grip. Instead of a second locking collar each grip has a reinforced aluminum end cap covered in plastic to prevent grip blow out for all those times you brush up against a tree or drop your bike. The ergonomic design includes angled ribs on the end in a slightly harder rubber for improved control. Offered in four colors, AG-1 grips will sell for $35.

I am thinking that Specialized and Trek should be scared…. No only is QBP making multiple brands of their own bikes/tires/forks etc but they make money off other brands of parts they distribute. A small shop could have multiple price points and brands and tire sizes all from the QBP catalog… and most would think they are actually different companies. Genius. The Norseman are attacking again!

Roy…QBP definitely makes some awesome stuff. However, the MSRP is not the wholesale price. While not terrible, QBP margins are nothing close to what a high selling, Specialized or Trek dealer gets due to the fact that Specialized and Trek can sell to retailers for far less than QBP can and selling lots of bikes, gets the retailer even bigger discounts. Of course, this can change in the future.

***I think its awesome that QBP can do what they do, at the prices they offer in the lower quantitites they produce(minus a couple high production frames that are very popular)