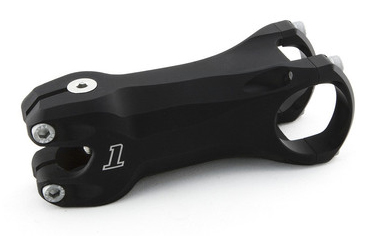 As part of the deal, the lead designer and co-founder of Point One Jimmy Amaral will transition to his new role as product designer and engineer at Gamut. That means that there will be only Gamut product moving forward and we’re told that the company plans to improve on products like the Podium 2 pedal and re-release them in the future with the Gamut brand.

SAN JOSE, CA– GAMUT USA is pleased to announce the recent acquisition of Point One Racing, a bicycle component design and manufacturing company noted for producing unique and innovative mountain bike performance parts. The agreement will compliment GAMUT’s existing component offering, and better serve the needs of GAMUT and Point One riders worldwide.

United by friendship and a commitment to designing quality parts for world-class athletes and enthusiasts, GAMUT and Point One Racing form a natural partnership between two Rider Owned Companies who believe improving the mountain bike experience is goal one.

“Bringing Point One in under the Gamut brand is a great move for all involved. Both companies bring unique components and proven designs, while Gamut has the ability to help improve the production process, distribution and customer support,” said Juan Graziosi, partner and co-founder of Gamut.

Point One’s lead designer and co-founder Jimmy Amaral will stay on with GAMUT as a product designer and engineer.“I’m stoked to be teaming up with a group of guys that I respect, and who share the same dedication to mountain biking. Now I have the freedom to focus on product development and prototyping while the rest of the Gamut team can work on making sure those products get to the riders,” said Amaral.

About GAMUT USA: In 1999 Juan Graziosi, teamed up with his maker, Ed, on a father-son project making chain- guides for personal use. Friends and riders took notice and he began selling them at local races to cover his own race fees. As interest grew, so did the idea to create a rider-owned company. In 2003, older brother Mateo and longtime friend Mike were added to the mix to help get things organized. One year later, Gamut USA was born. The four share a passion for making intuitive, high quality products that take the hassle out of installation while delivering on performance, simplicity, and aesthetics.

About Point One Racing: Point One Racing was created from the belief that we could design, engineer, manufacture, market and sell superior bicycle components. Founded in 2008 with a history of mountain bike gravity racing, we have developed and continually improved upon our products to withstand and exceed the demands of the sport since day one.

i have their pedals while they look super cool they spin like crap. So stiff to the point (1) of being annoying.

Will they include a compression bolt for that price? A clever way to save weight with the top cap but will make tightening a PITA, since you can’t see how much the stem is sticking above the steerer.

you can see through the split on the back of the stem how far the top is of the steerer.

Nice looking design. Would be a stem to buy once you are happy with your position on the bike as you couldn’t run a longer steerer with spacers on top of the stem.