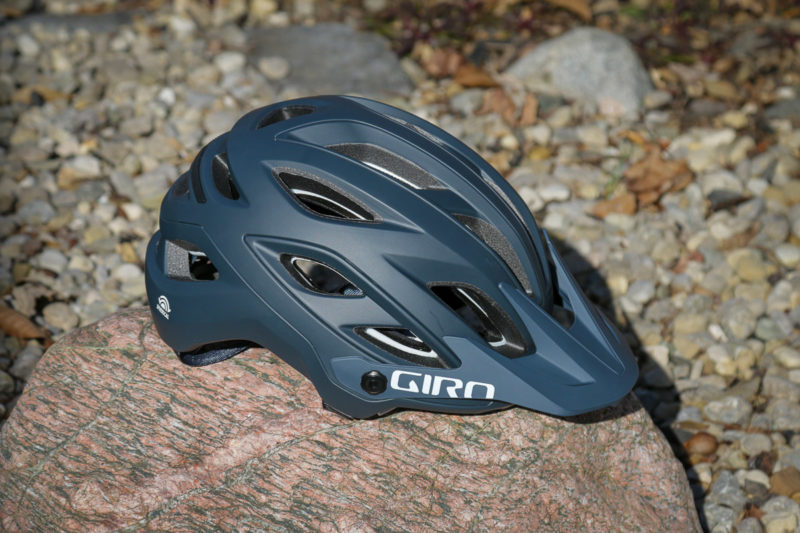 Without yet knowing any of the details, when I first held the new Merit helmet, it was clear that Giro’s new helmet was a winner. It looked great, and right out of the box, the fit was amazing. Knowing that they already had a top-tier MTB helmet with the Manifest, it seemed that Giro had taken what they’ve learned from one of my favorite helmets, and created something new – for a bit less money. 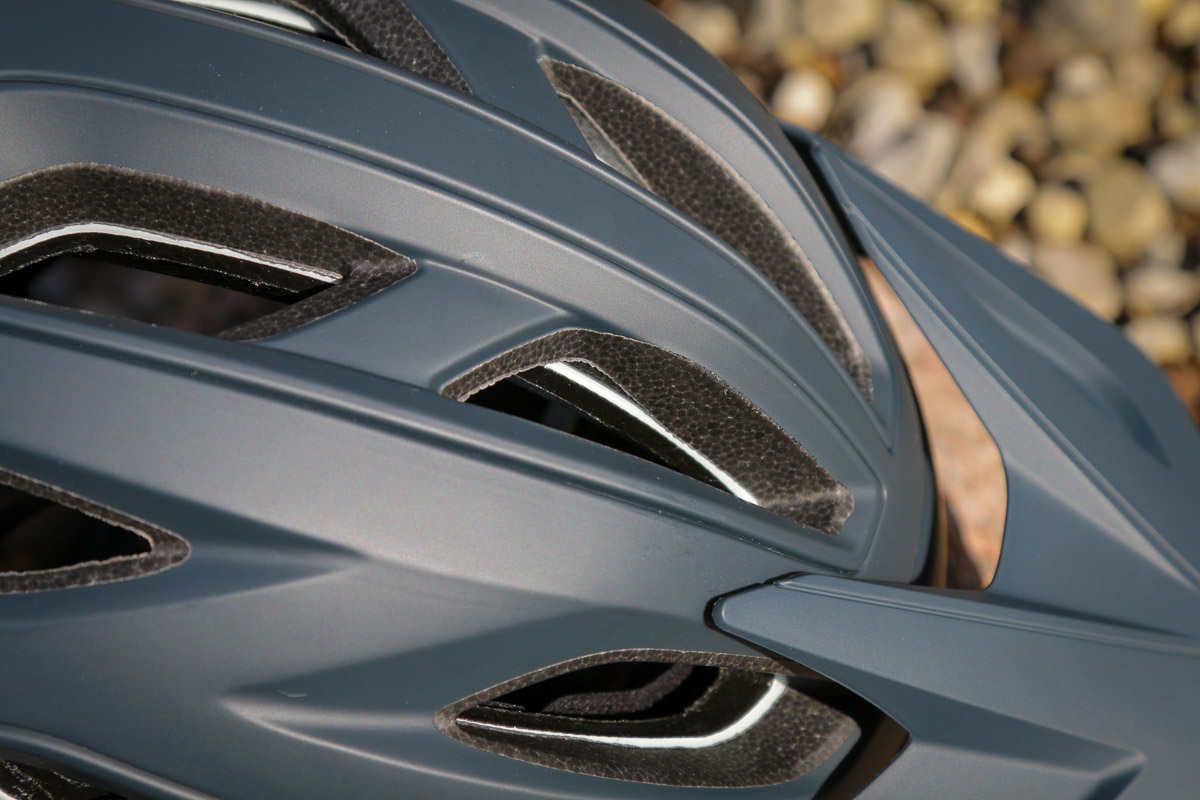 On the Manifest, there was an inner shell, and an outer shell—only that outer shell only really consisted of the top 2/3rds of the helmet’s structure. The Merit uses a complete outer shell with an inner shell with a slightly reduced size. It still relies on the same principle though, the two halves of the helmet rotate independently, which creates that slip plane that is said to reduce trauma to your brain in rotational impacts.

Where Spherical Technology sets itself apart is the ability to use what Giro calls their Progressive layering technology. Essentially the two halves of the helmet use different density foam layers, with one layer meant to work better in slow-speed crashes and the other for high-speed crashes. They work together to build a safer helmet for impacts at all speeds. 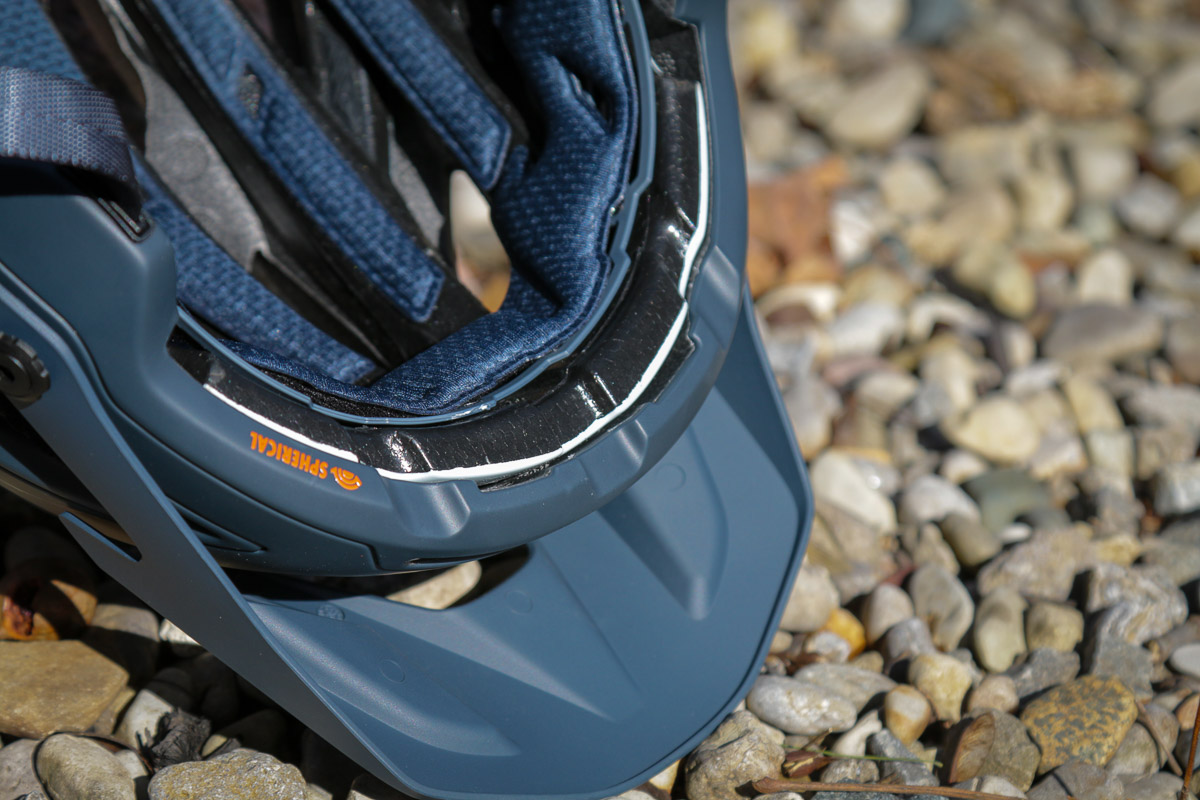 On the Merit, that inner layer is a black foam which we’re told is still EPS (Expanded PolyStyrene), and not EPP (Expanded PolyPropylene). Giro doesn’t specify, but we assume that the white layer you see is a low friction layer to allow the two halves to move freely. The white layer on this helmet is different colors on other models

How does the Giro Merit compare to the Manifest? 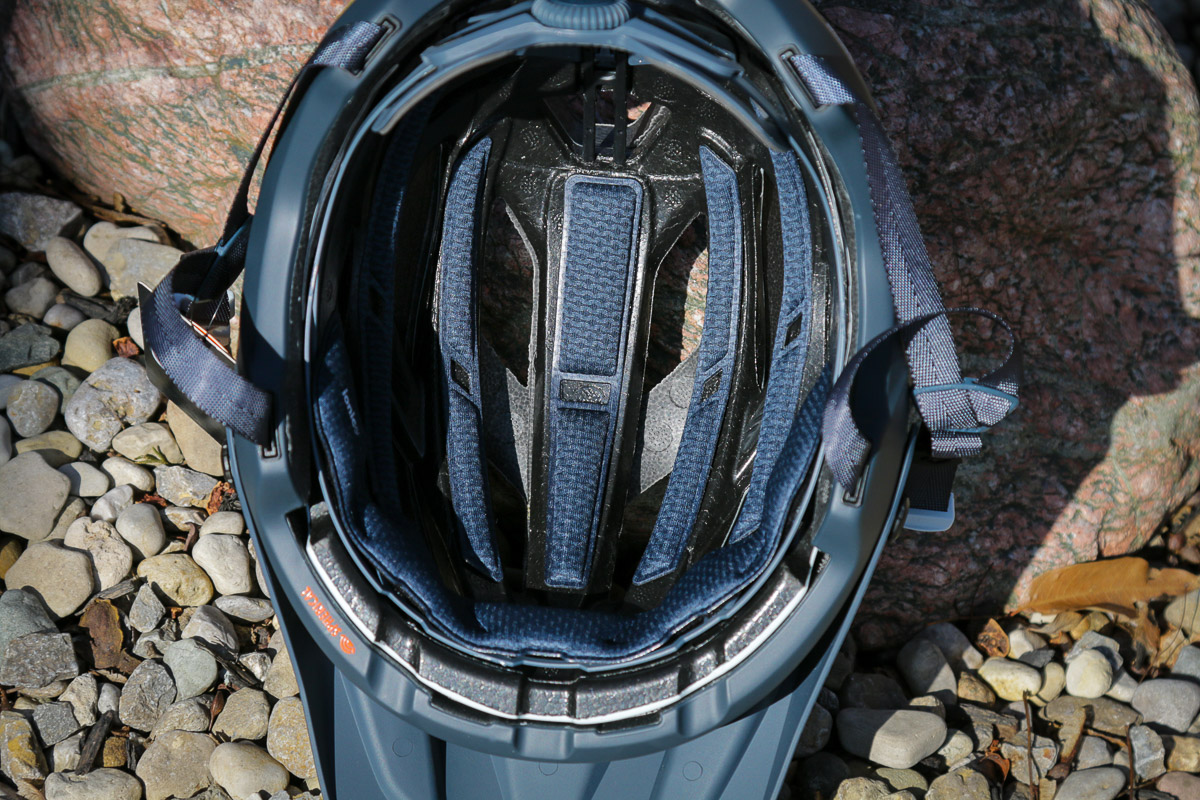 Other than the changes in Spherical construction, what else is different between the Merit and Manifest? Mostly, it all comes down to ventilation. Giro was able to make the Manifest hugely ventilated by taking advantage of their AURA reinforcing arch. To make the Merit more affordable, it loses the AURA arch in favor of a more traditional helmet design. The number of vents also drops from 19 to 15. 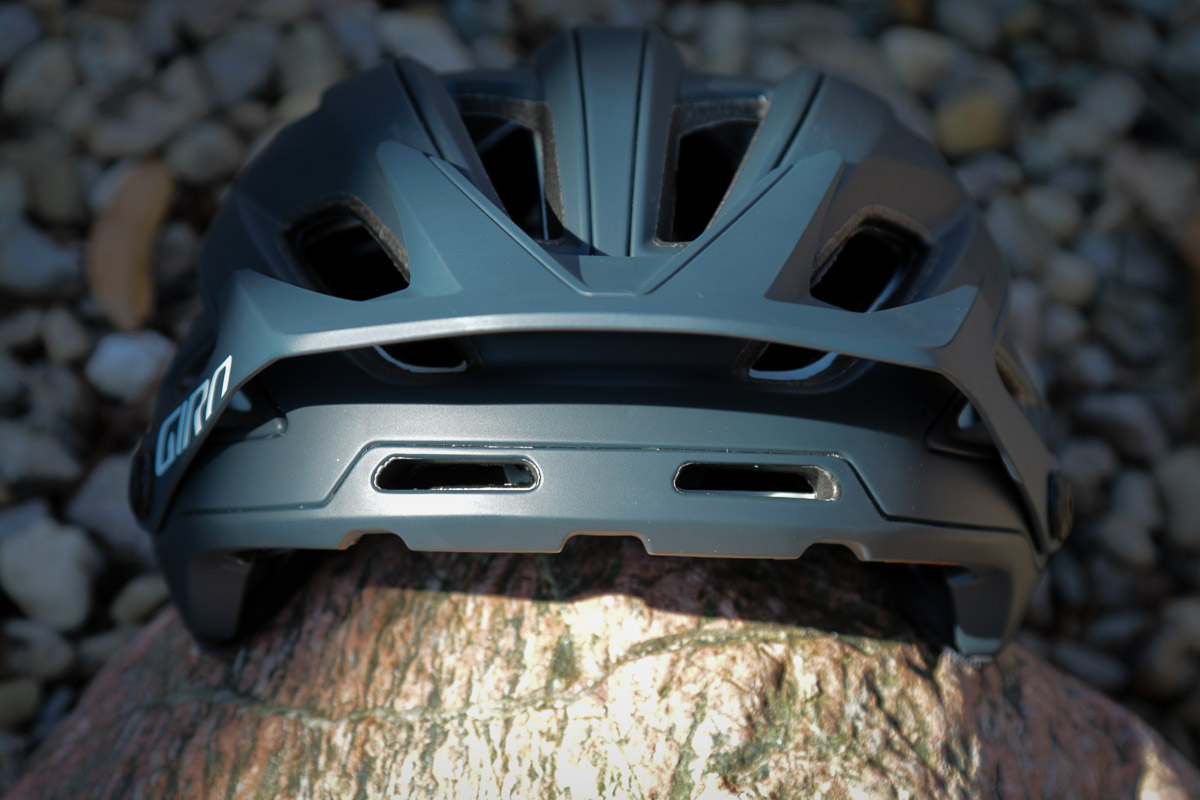 The Merit does get two intake vents right at the front of the helmet, but on the other side, these are blocked by the helmet pads. The large intake vent on the Manifest sits above the padding, which allows it to blast cool air directly over your forehead.

That isn’t to say the Merit isn’t a very well-ventilated helmet. It’s just not quite to the level of the Manifest. Ultimately, that seems to be what you’re paying for between the two helmets. 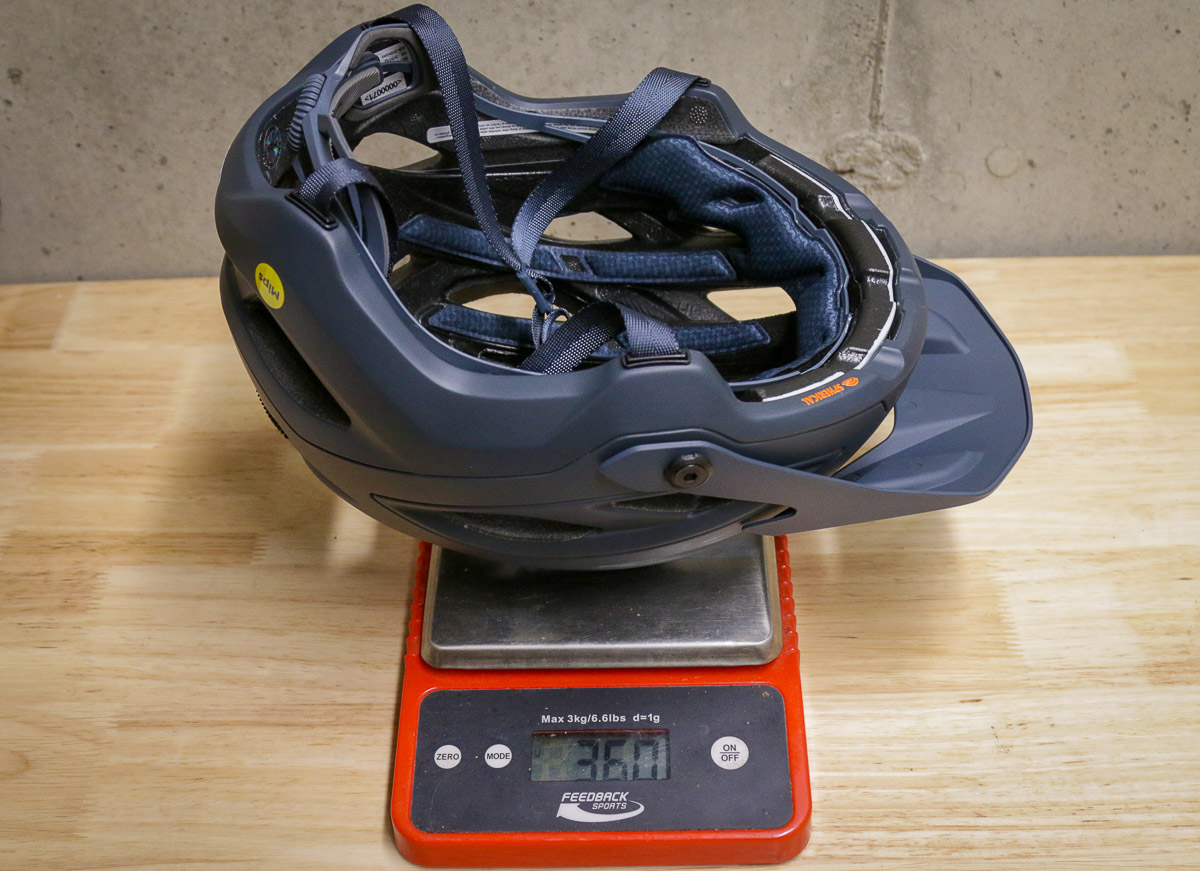 It’s hard to believe, but on our scale, the Merit is actually lighter than the Manifest. Part of that comes down to small things like the use of a traditional but lighter helmet buckle instead of Fidlock, or the fact that the Merit has just a bit less of the Ionic+ antimicrobial padding. All these little things add up to a helmet that weighs 360g for a medium, where the Manifest is 362g. 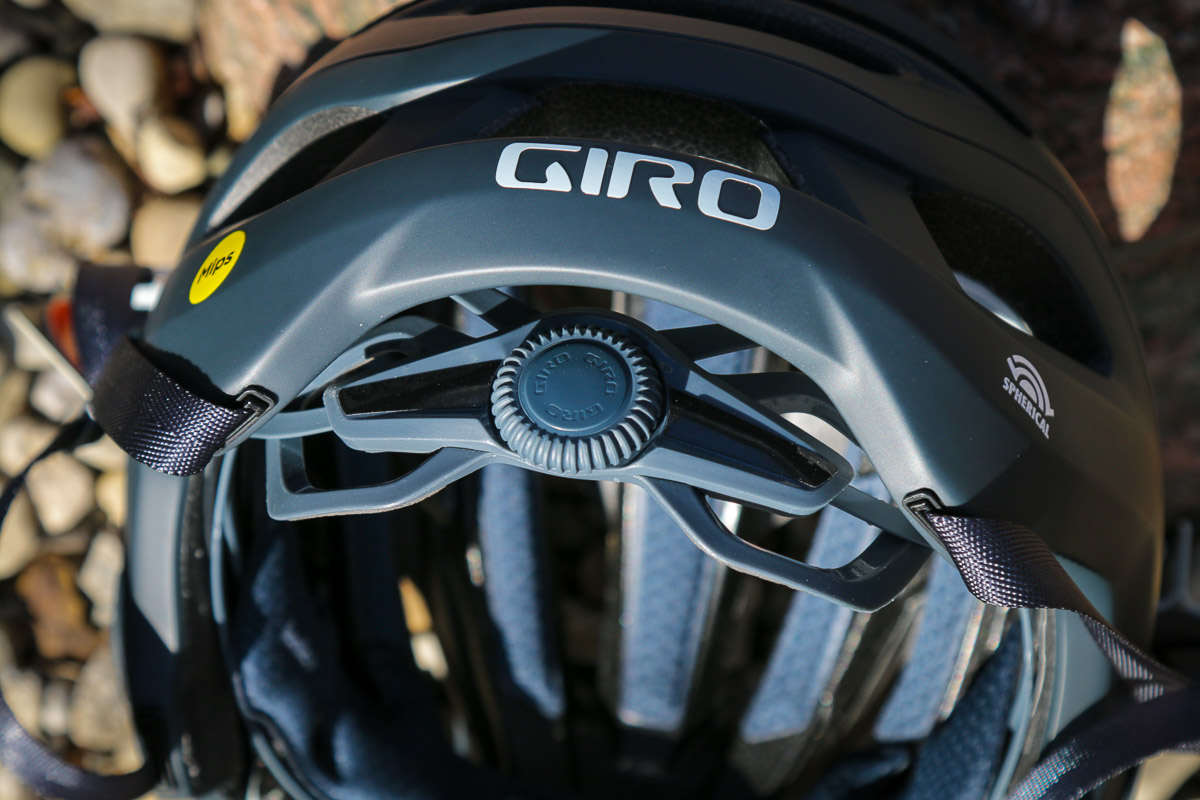 Otherwise, for $40 less at $220, you’re still getting an incredible helmet. The Roc Loc Trail Air fit system is the same you’ll find on the Manifest, though it’s actually easier to adjust on the Merit. There’s also a similar adjustable moto-style screw-in visor and integrated goggle and eyewear grippers. The Merit Spherical is offered in S, M, and L for men/unisex in six colors, and the Merit Spherical W will be offered in S and M, with three colors. 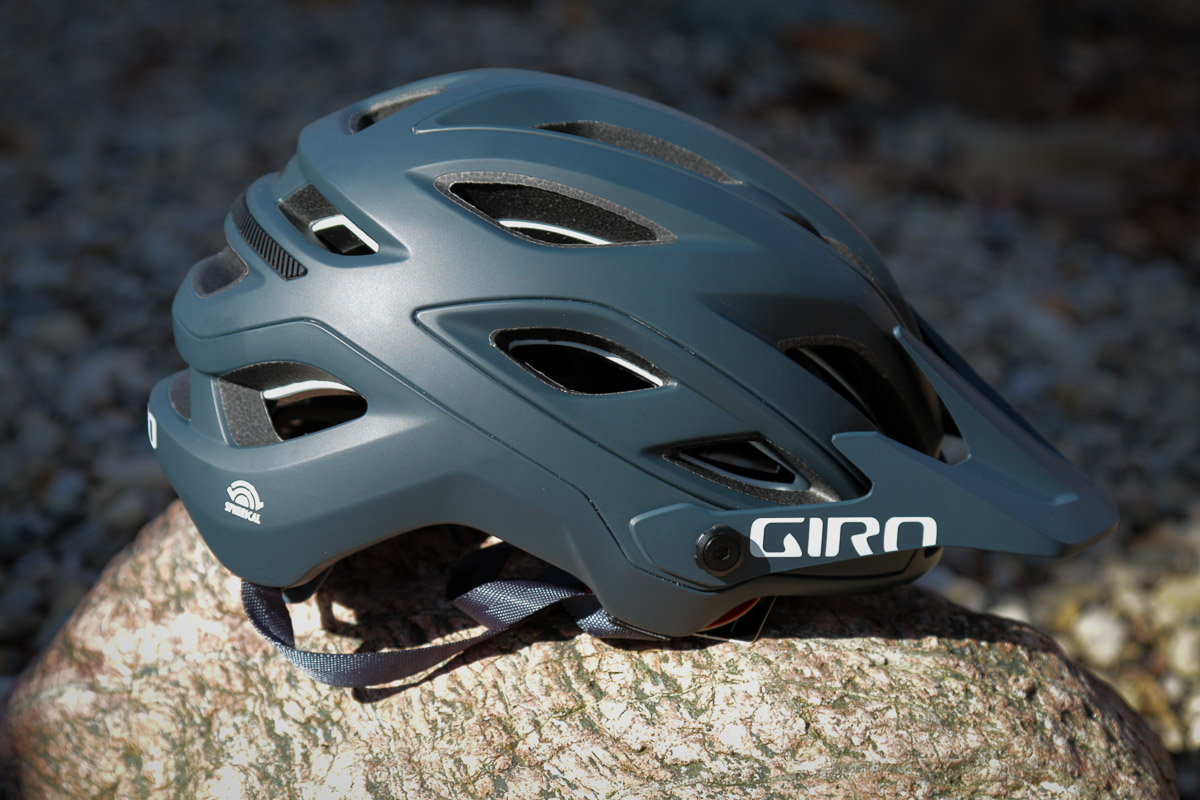 Out of the box, I think the Merit is actually more comfortable than the Manifest which is saying a lot. That feeling has remained after the first few rides, so if you typically like the fit of Giro helmets, you’re going to love this. Even though the Merit is technically lighter, somehow it feels a bit heavier on the head which I can only attribute to the weight balance of the two being somehow different.

It was hard to ignore the difference in ventilation. It was quite noticeable since the Manifest is so well ventilated. I’d put the Merit on par with other high-end helmets. The Manifest is in a league of its own.

My take is that if you tend to run hot and live in a warmer climate, the increased ventilation of the Manifest is worth the extra $40. For everyone else, the Merit is an incredible addition to the Giro helmet line with that rare combination of being somehow nearly as full-featured, lighter, and less expensive.