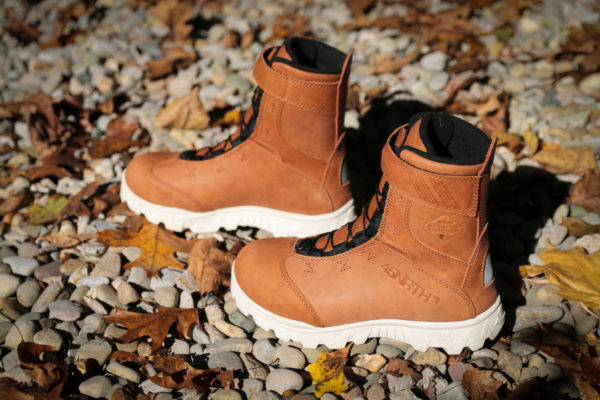 For their latest project, 45NRTH got a little help from their friends. Specifically, the legendary boot maker Red Wing Shoes. Located just an hour down the road from 45NRTH’s QBP headquarters, this is not the first time 45NRTH has called on the brand for some help. In fact, when 45NRTH was just setting out to make their first boot with the original Wölvhammer, Brand Manager David Gabrys spent a lot of time with Red Wing to learn the intricacies of footwear manufacturing. Now, 45NRTH is once again working with Red Wing to create a limited edition leather Wölvhammer with a signature heritage look. 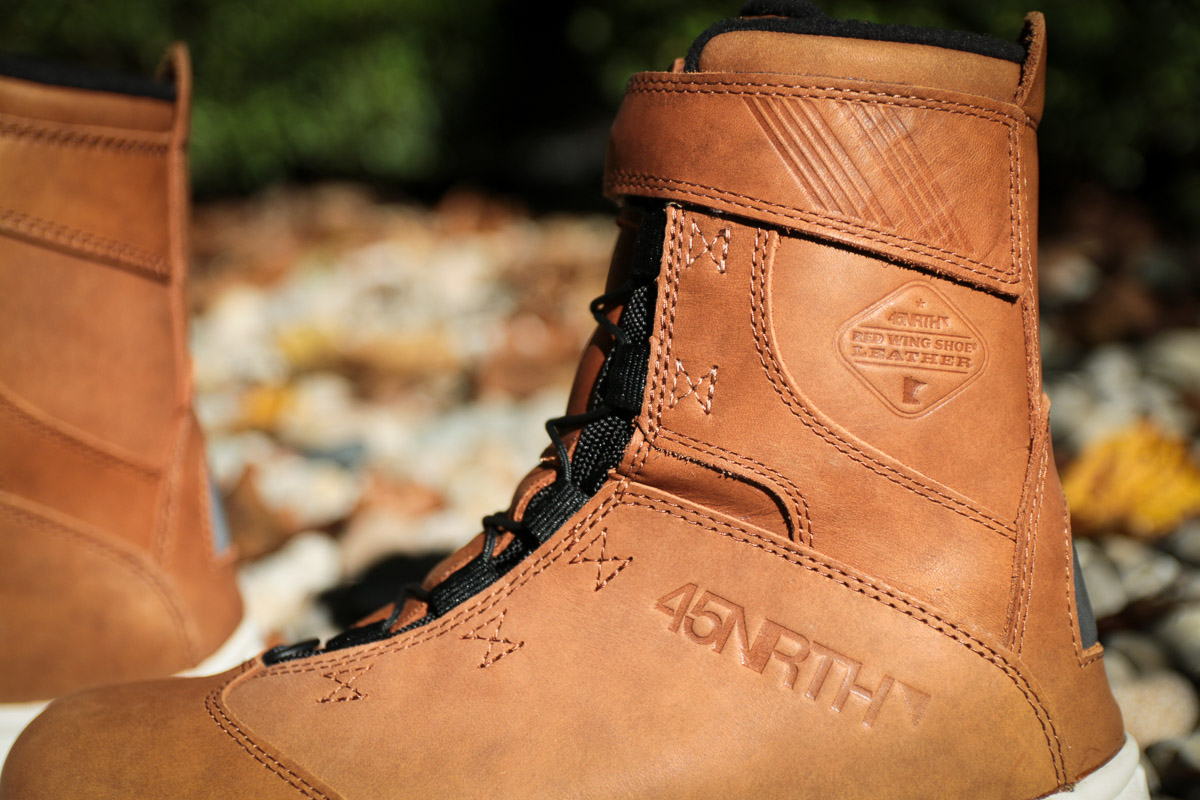 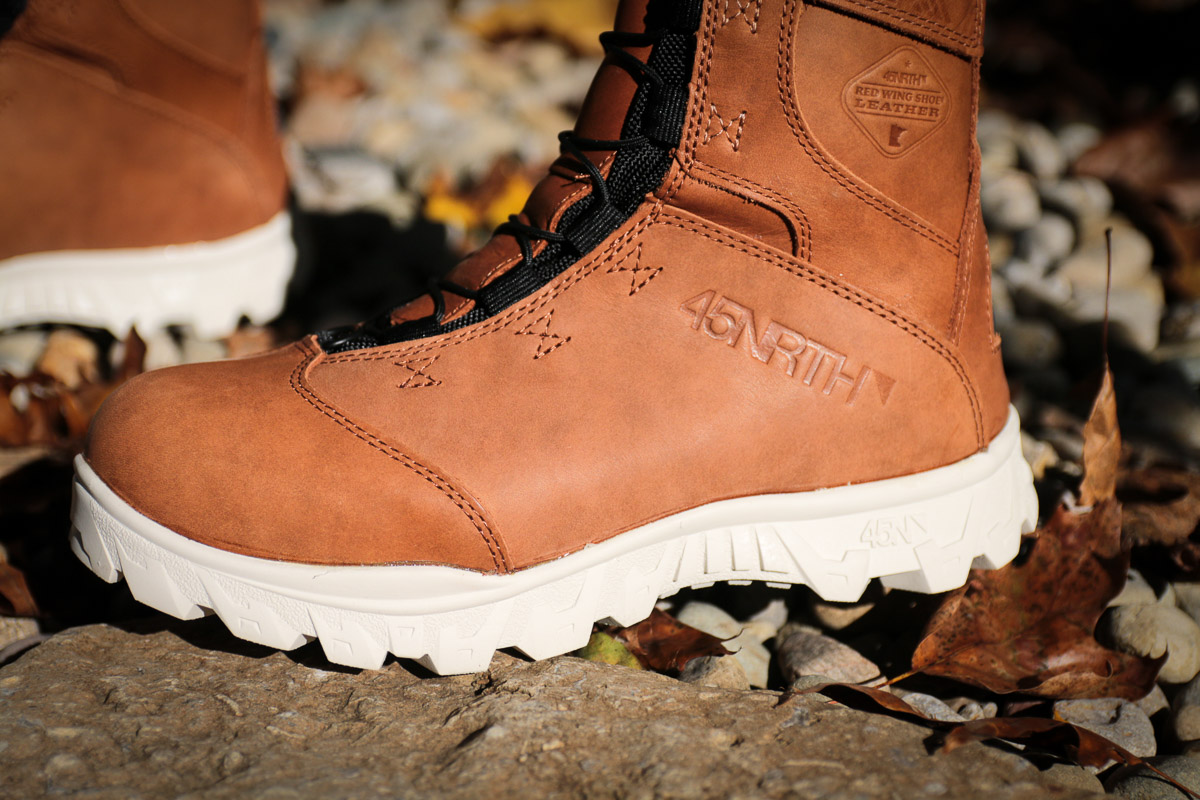 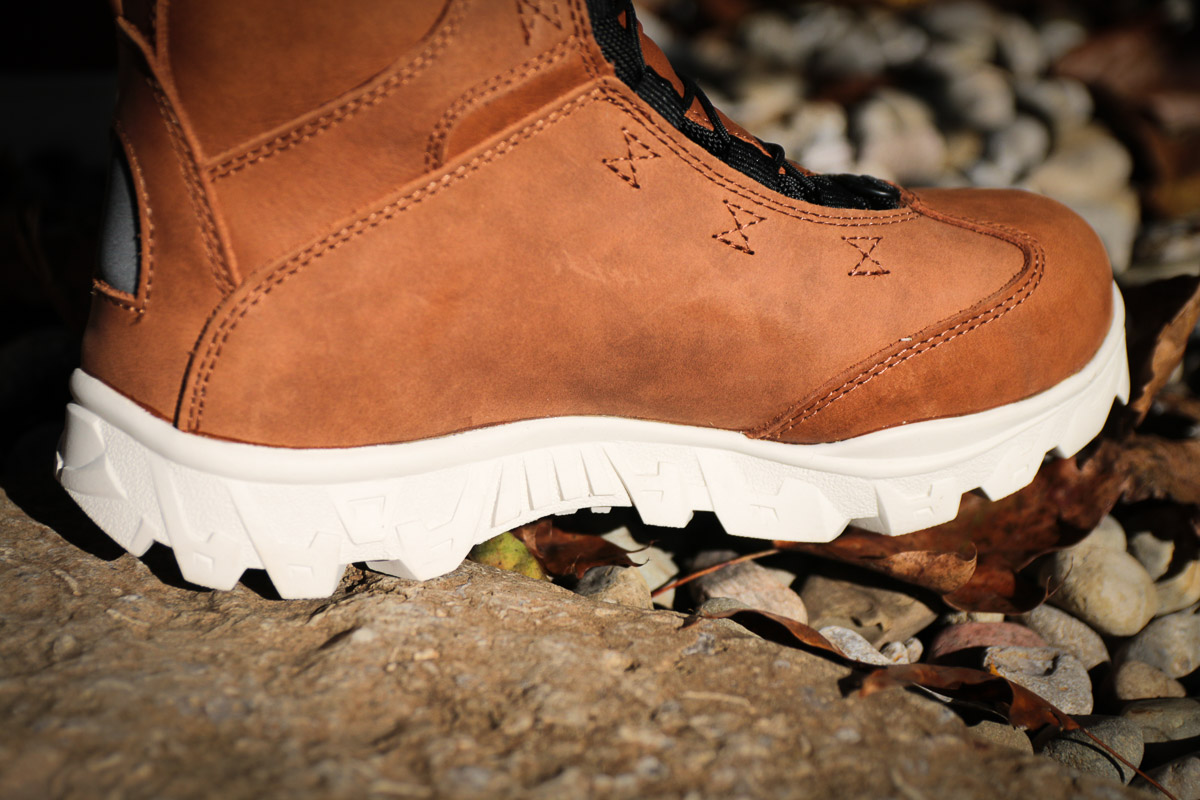 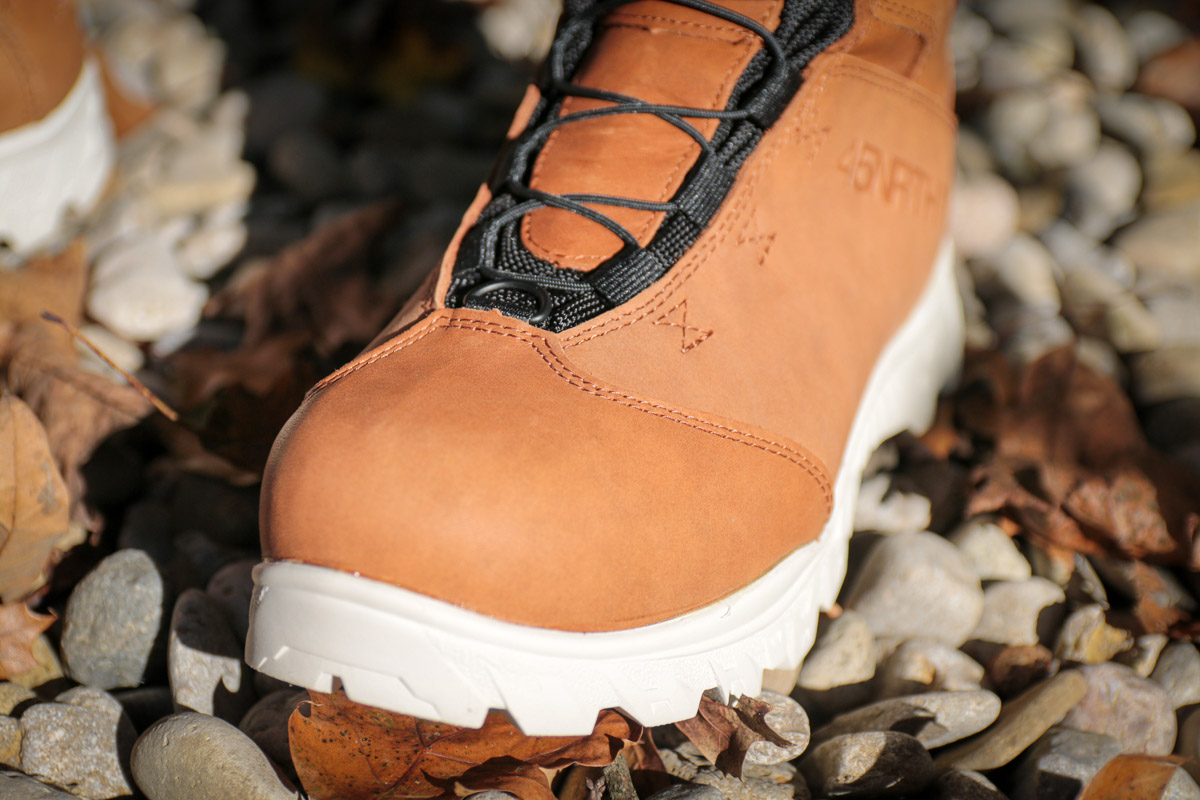 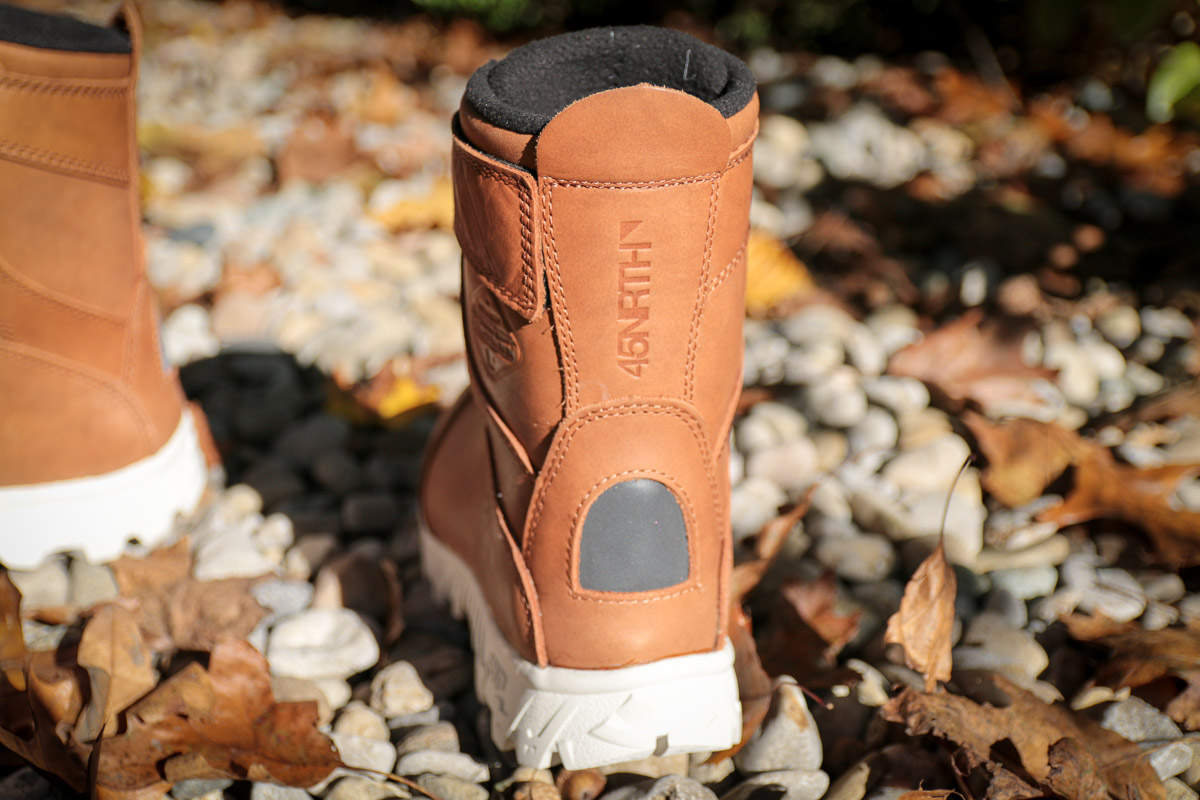 Starting with the slightly updated Wölvhammer (more on that in a bit), the Limited Edition makes use of locally tanned Red Wing leather for a 100% full grain leather upper. To complete the heritage look, the Wölvhammer uses a custom white rubber outsole. 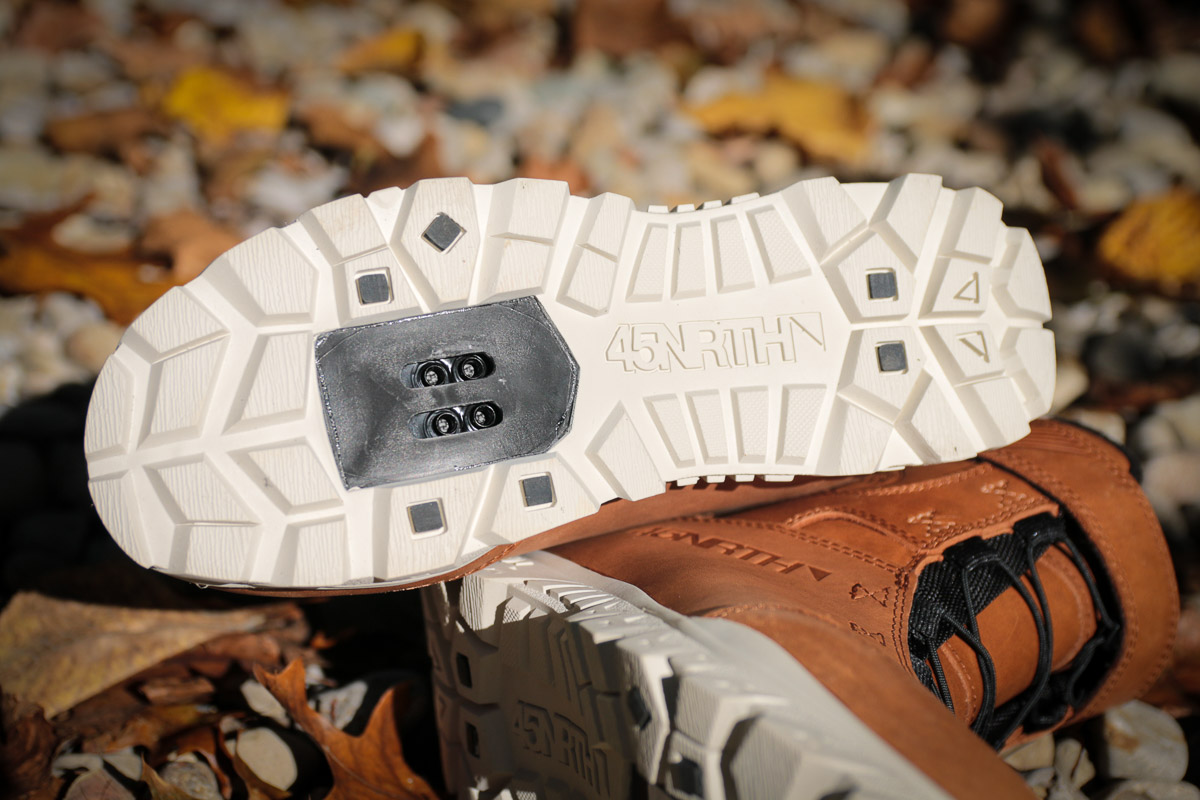 The bottom of each outsole features six Hypergrip squares for better grip on ice and wet surfaces, and is two bolt SPD compatible. It should go without saying, but the cleat pocket is sealed off from the inside of the boot to prevent cold and moisture from entering the boot. 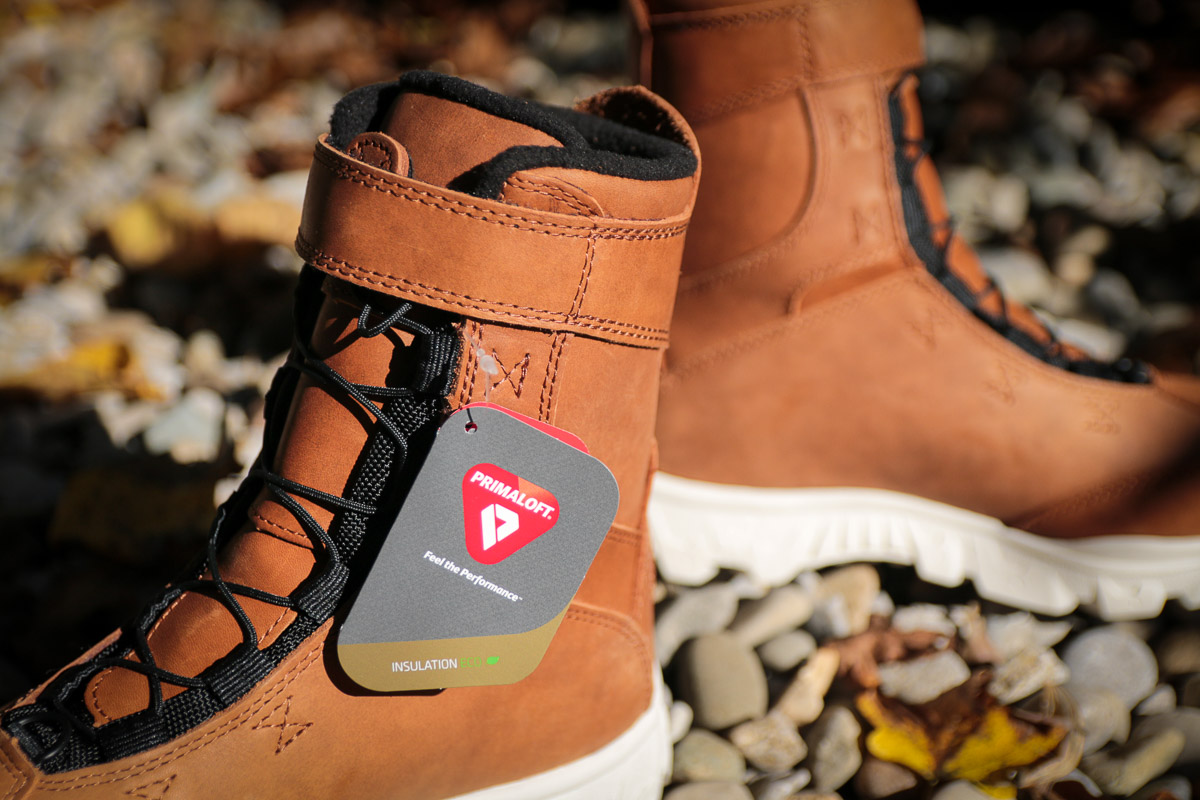 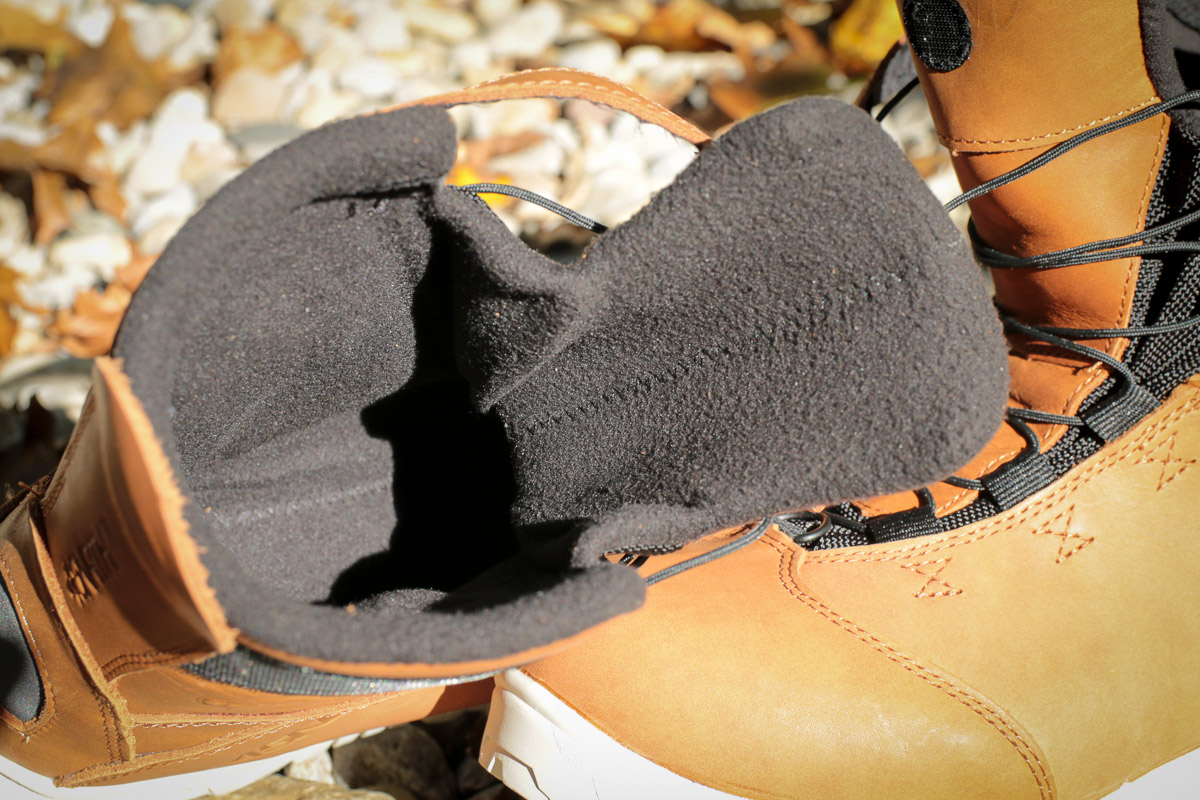 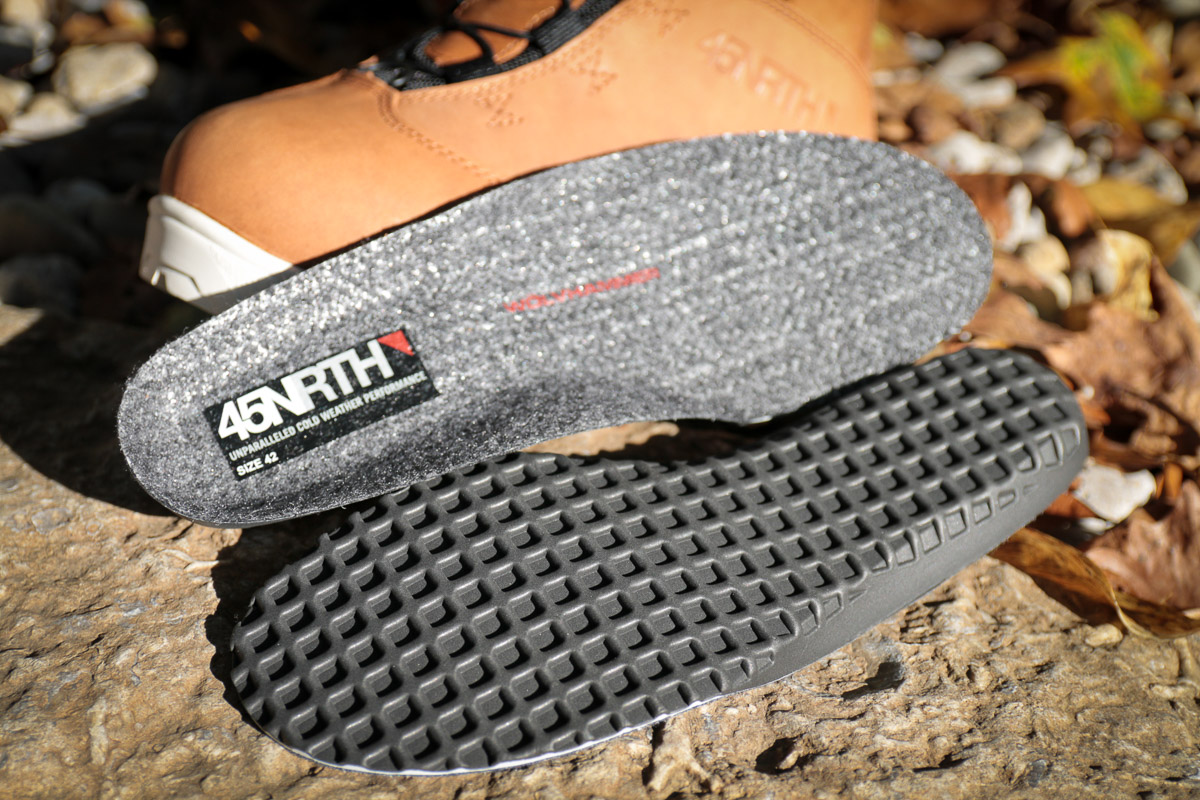 Inside, the boot still features a breathable, waterproof membrane between the leather and the 200g Primaloft insulated liner, while an Aerogel insole with waffle pattern helps to keep your feet nice and warm. 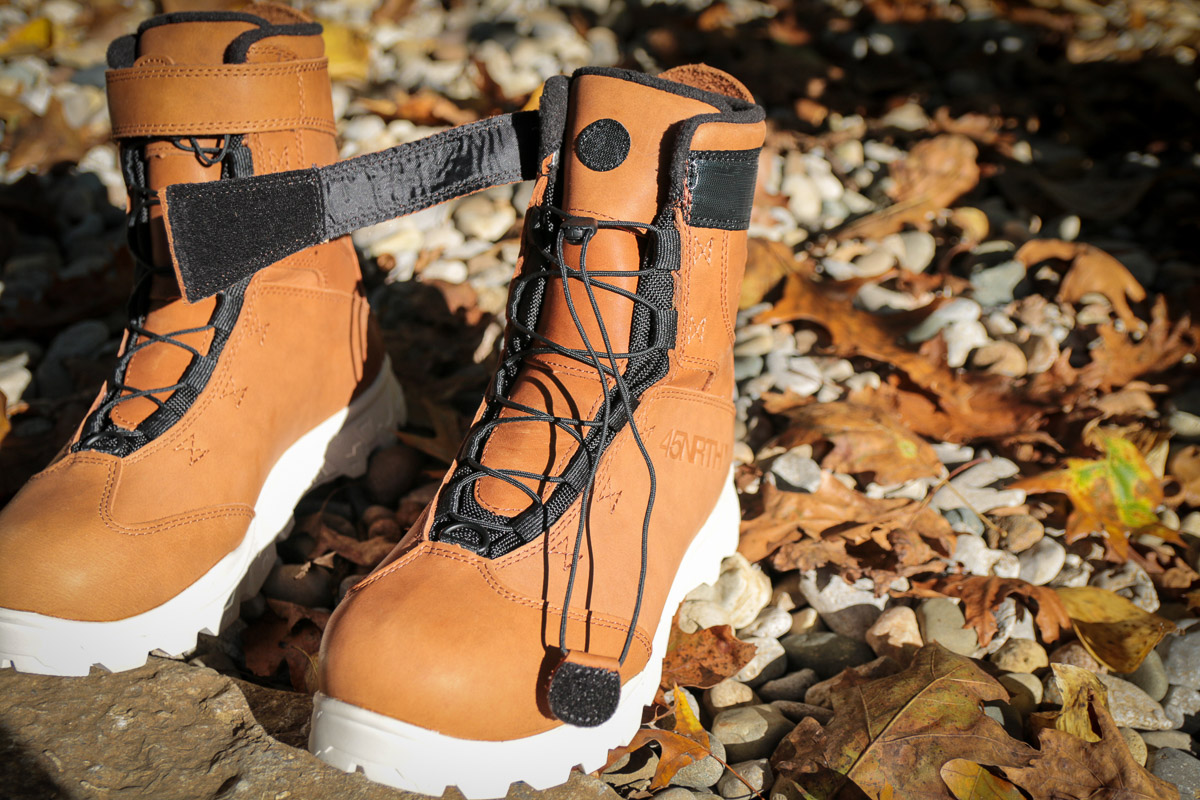 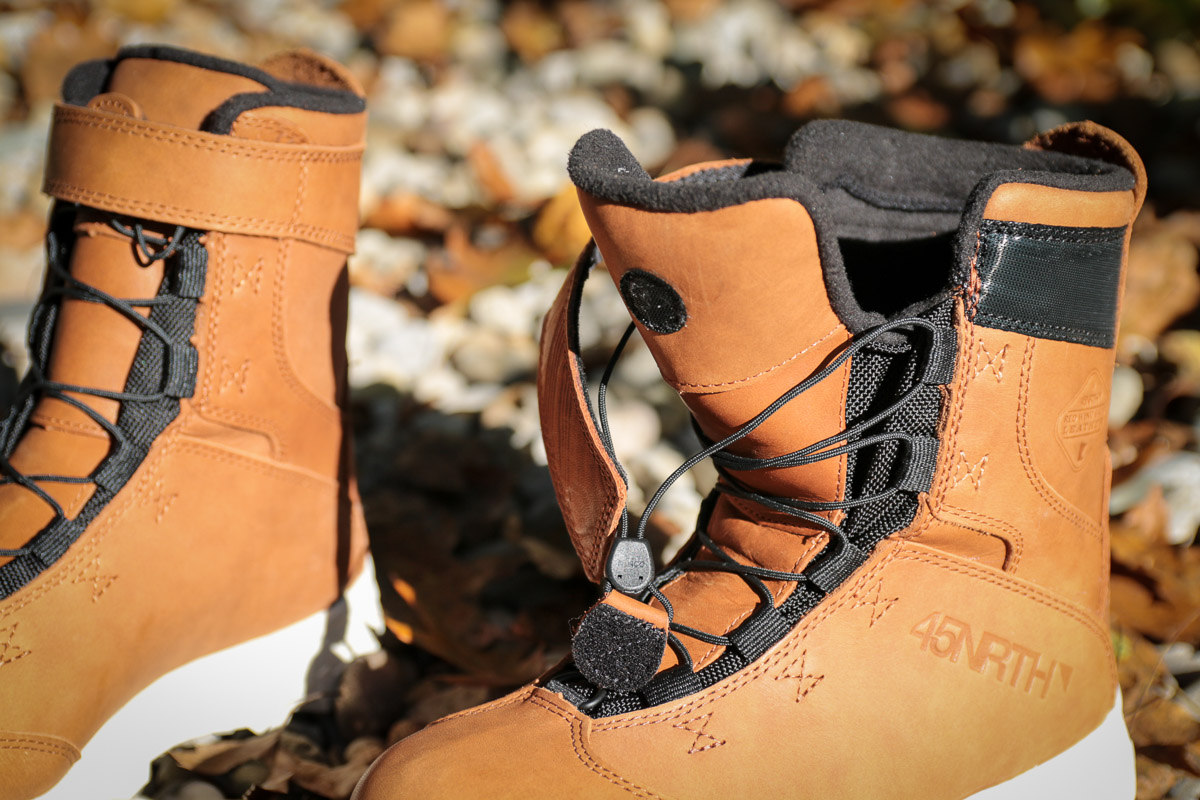 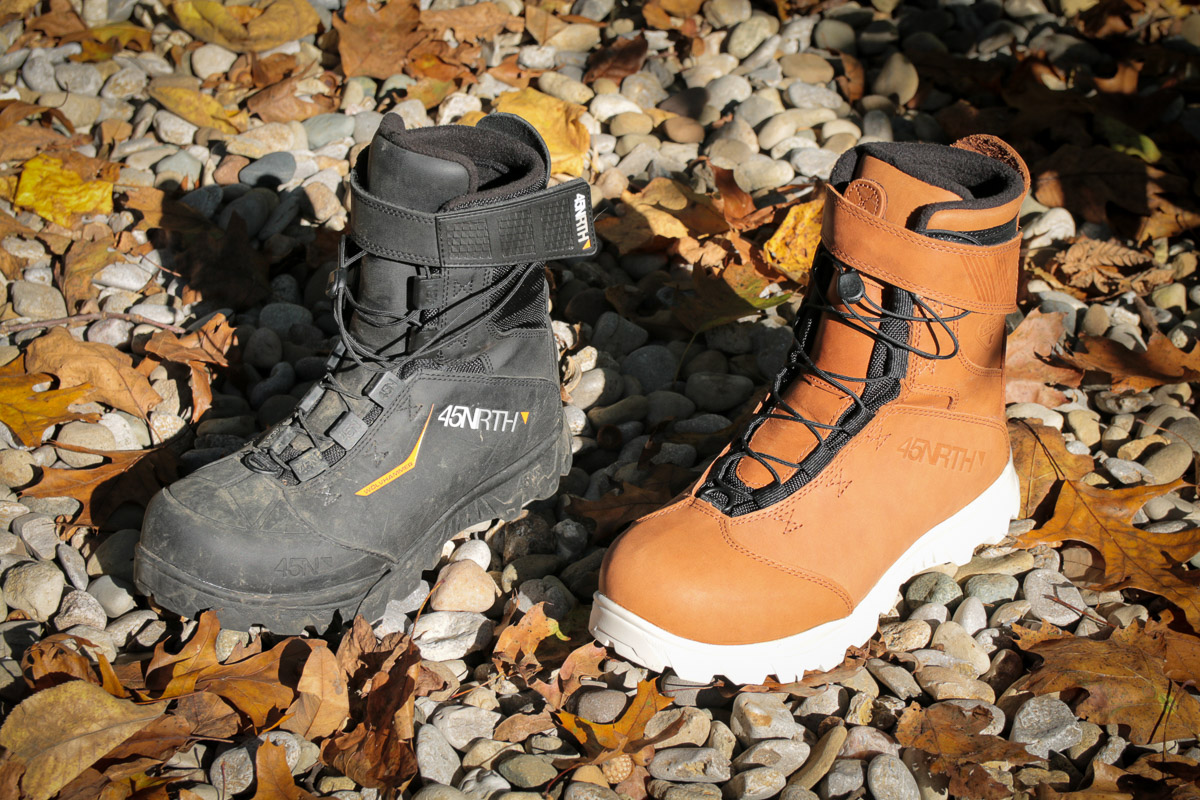 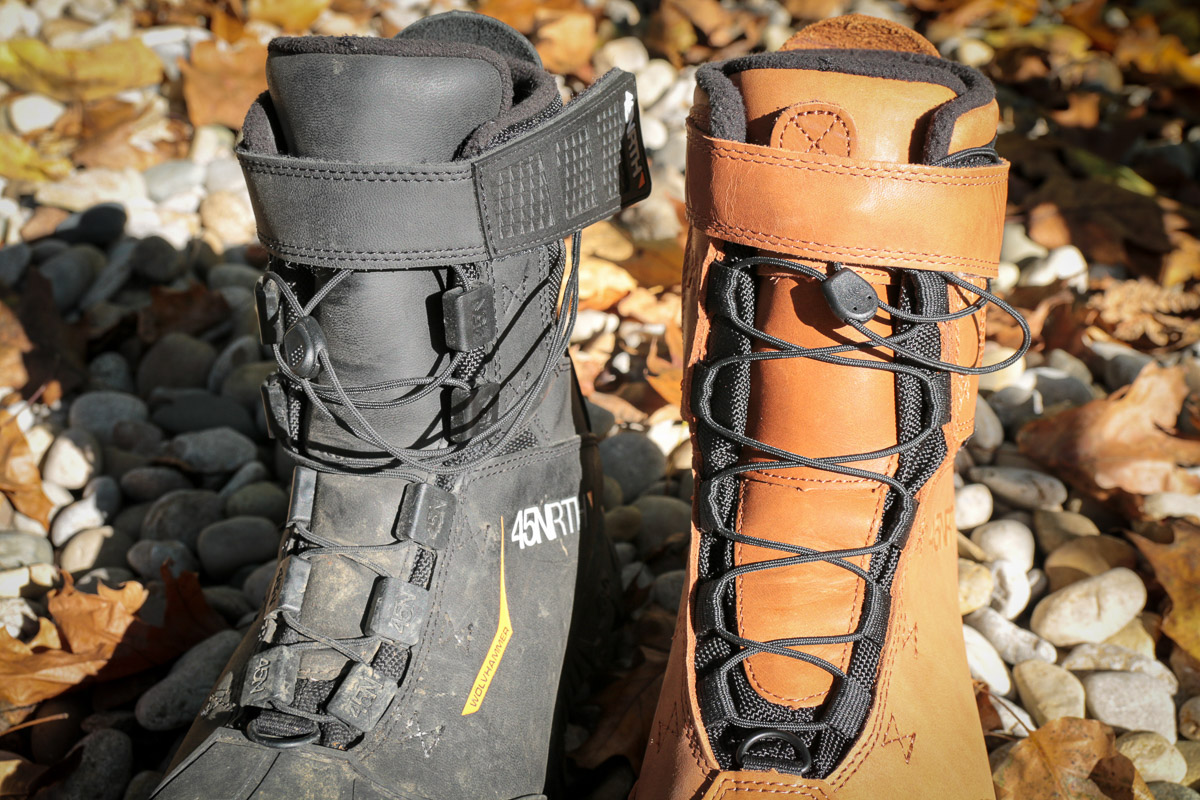 Compared to my Wölvhammers from last year, there are two major changes to the lace structure – only one of which is custom for the Red Wing boot. Too keep the heritage look, 45NRTH decided that the plastic eyelets weren’t appropriate for the style, so the boot features cloth eyelets instead. There’s also a new circular velcro tab under the velcro strap for attaching the end of the draw string. This is a feature that will carry over into the standard Wölvhammer for this season. 45NRTH says that this allows for more purchase on the velcro strap, especially on smaller sizes. The Red Wing boots also continue with a toe hook to use with their Bergraven Gaiters for deep snow. 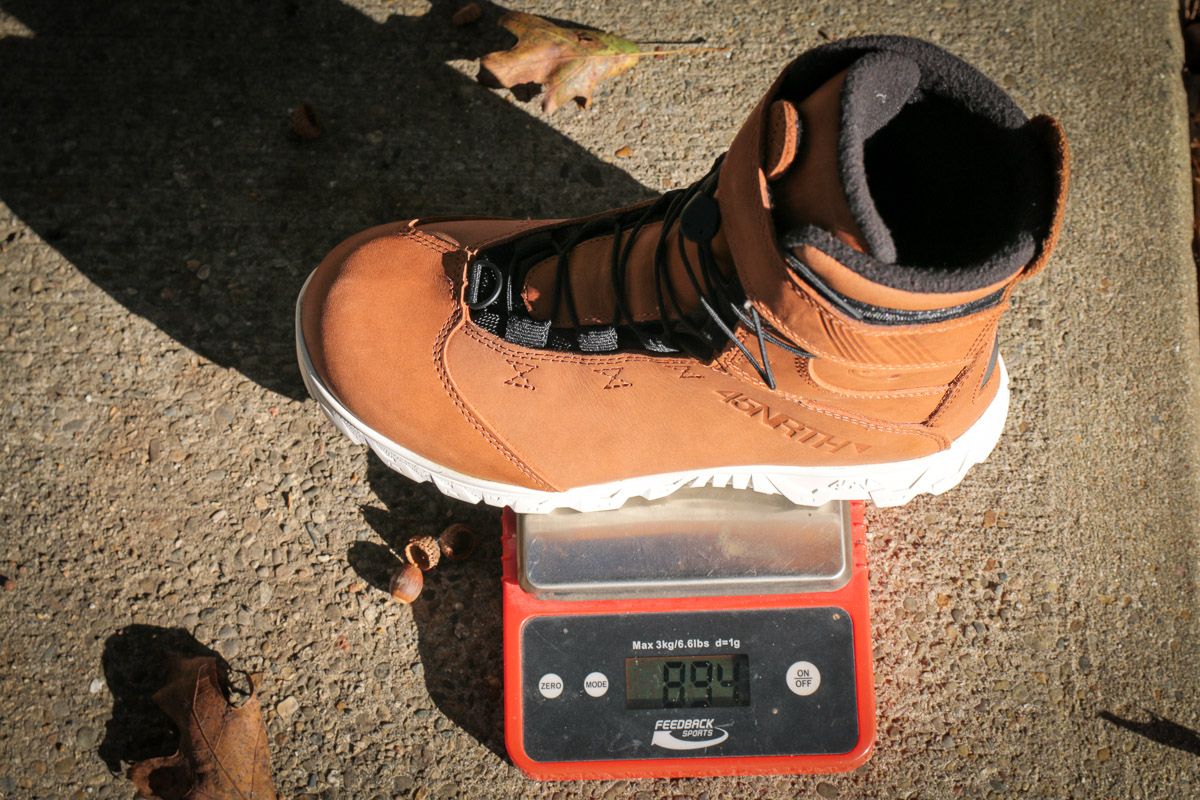 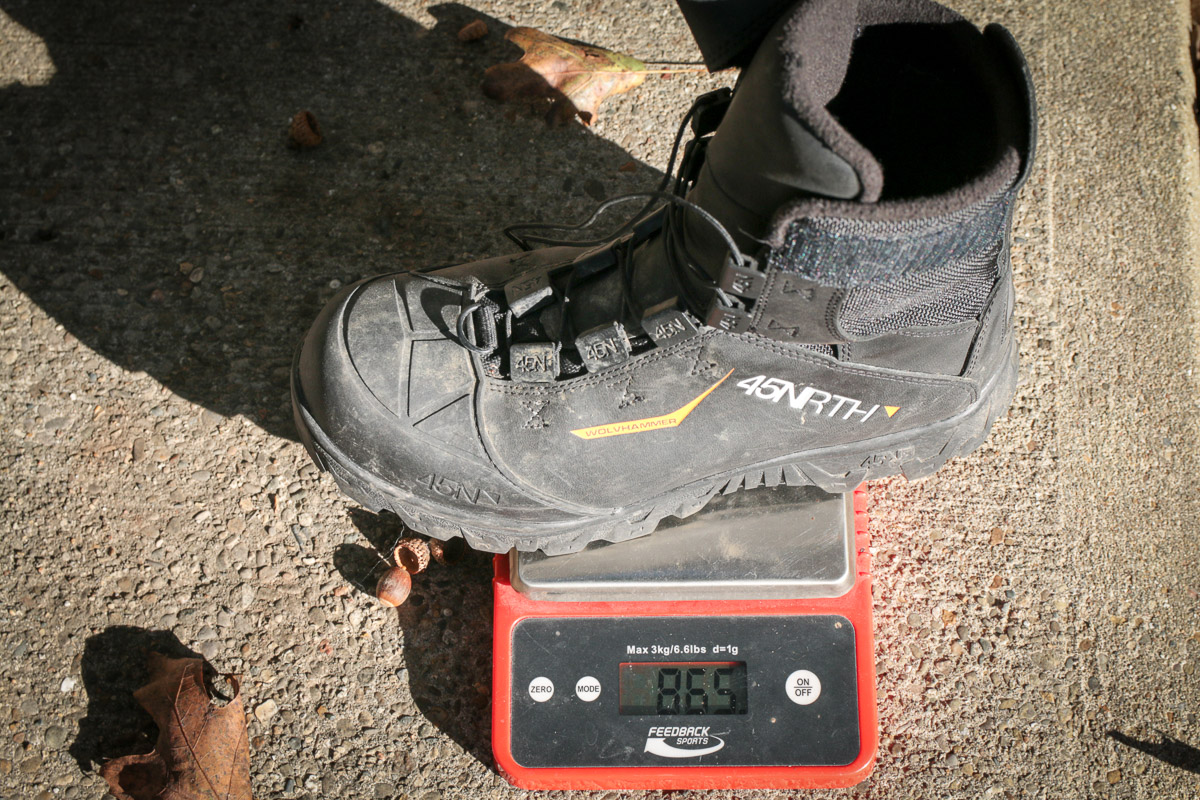 In the process of removing some of the Cordura panels with full leather, the Red Wing boots have gotten a bit heavier, with the 42 coming in at 894g compared to the 865g of last year’s 42. The leather boots are also a bit more stiff initially, though 45NRTH says that they should break in over time since they are genuine leather. Truthfully, they may break in better than the originals. 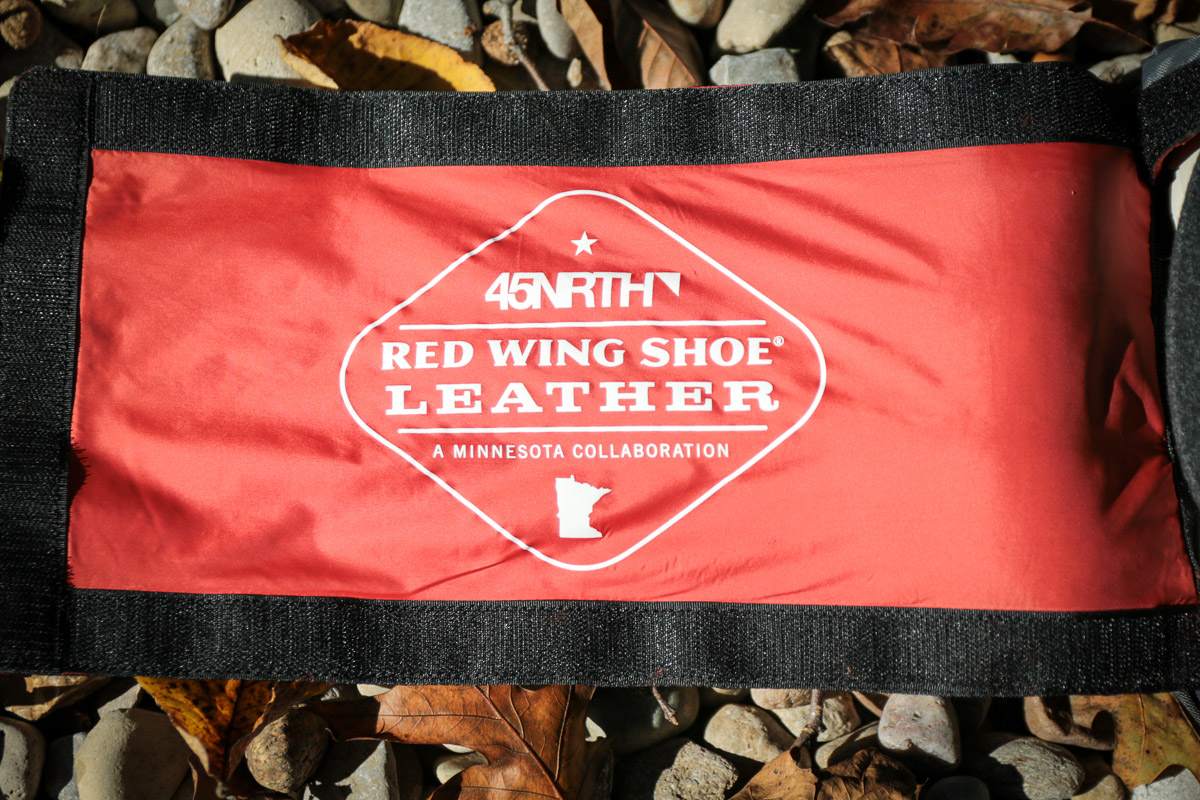 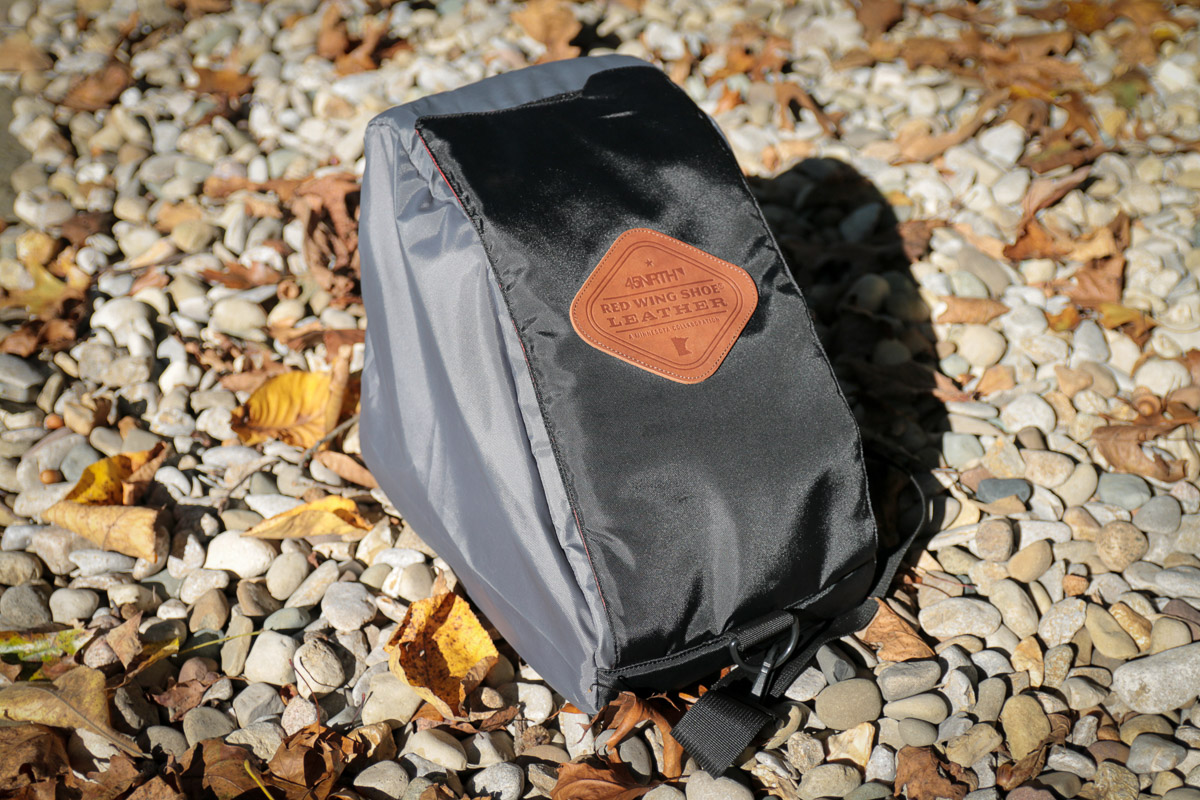 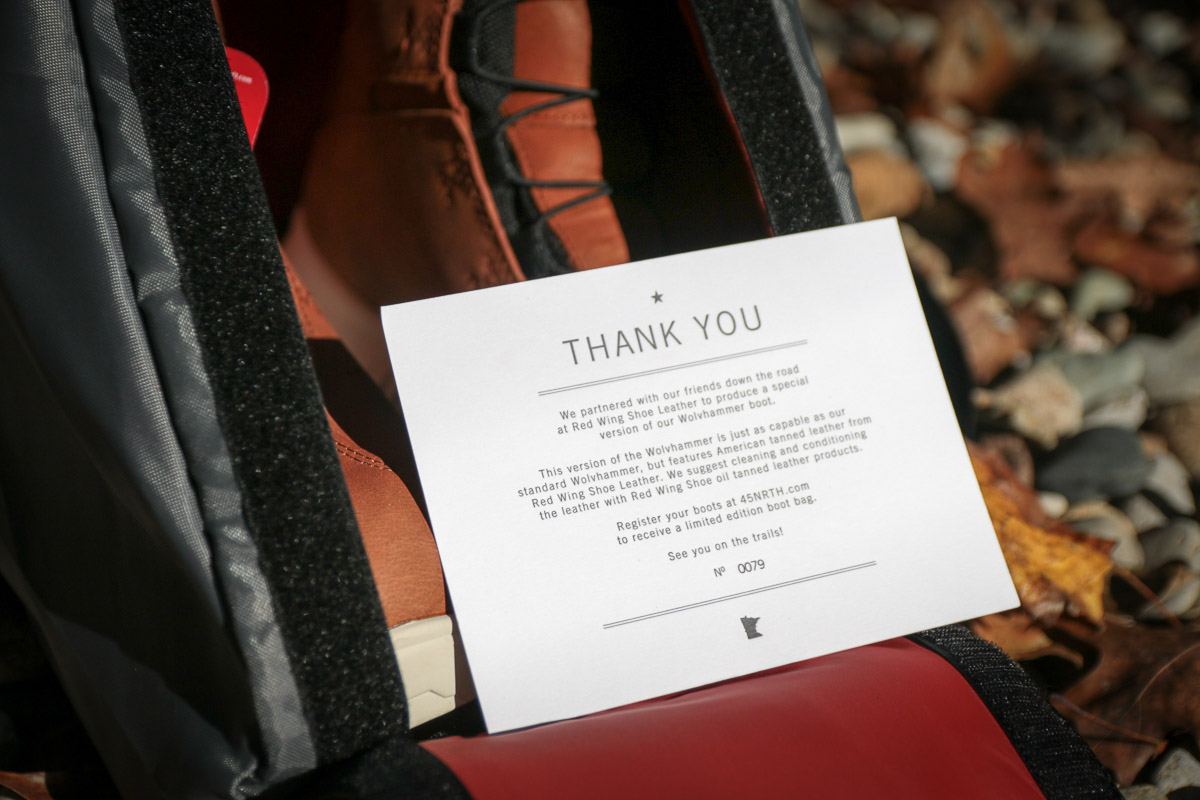 Once you register your boots using the four digit number found on the Thank You card, 45NRTH will send you this custom boot bag as well. However, the offer is only good for residents of the USA.

Intended for use in 0° (-18°C) to 25°F (-3°C) temperatures, the Limited Edition leather Wölvhammers are available in sizes 36-50 (no 49), in full sizes only. As mentioned, these feel a bit more stiff than the previous versions, but the fit should be the same. So if you’re currently riding a 42 in a Wölvhammer, you should be a 42 in the Red Wing Wölvhammers. Available now, the Limited Edition boots sell for $345, while the standard Wölvhammers sell for $325.

These look great, but my past experience with some of 45nrth’s stuff leaves me skeptical.

Anyone know if they’ve fixed their design and production problems?

Made in China for Made in US prices.

Are they made in China? I know when it comes to boots the RedWing branded stuff is made here. I hope with all the collaboration hype, for their sake, they are made here. There (RW) other brands are made overseas.

Of course not. But they are hipster colors now, so BUY THEM

I’ll stick with Lake footwear thanks. Their marketing priorities come second to quality.

Honestly, white soles should have no place on cycling footwear.

Unless white is softer which would be a good thing for traction and flex.

whenever dye is added to rubber it becomes softer, hence the black center tread on tires 😉