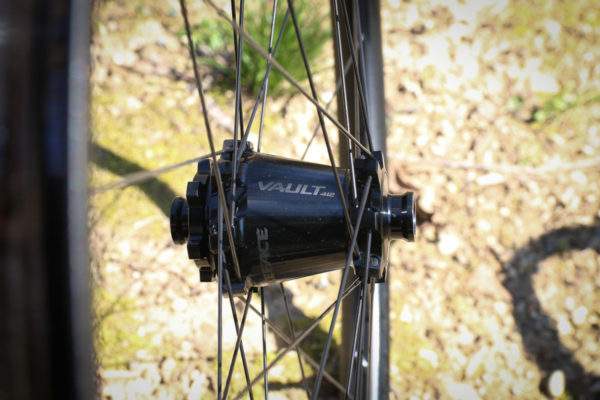 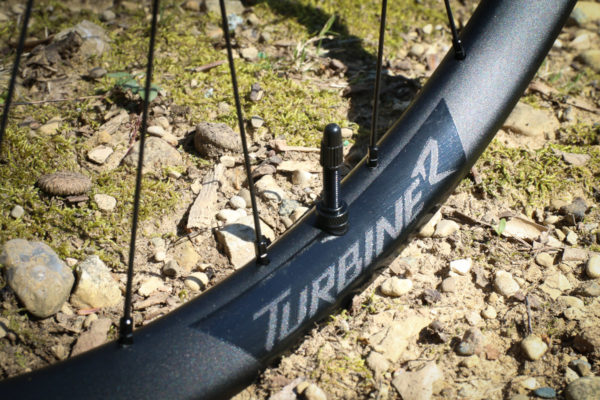 Even as carbon rims continue to quickly improve, the trusty aluminum rim has not been left behind. Thanks to continued advancements in construction, width, and tubeless profiles, wheels are better than ever regardless of material.

Race Face is eying the performance aluminum wheelset category with their new Turbine R. As a result of their newly shared ownership under Fox Factory Holdings, Race Face was able to work directly with Easton’s engineers to design an all new hub, completely in house. The result is a light weight, wide, and performance oriented wheelset without making the leap to carbon fiber… 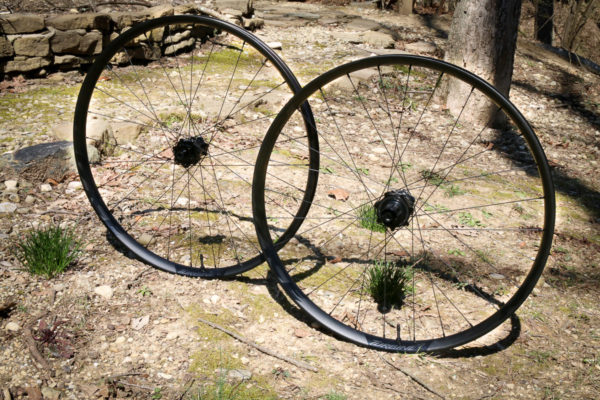 Geared towards aggressive trail and all mountain riding, the Turbine Rs are available in 27.5 and 29″ options with Boost or non-Boost hubs. This set in for review is the 27.5 non-boost. 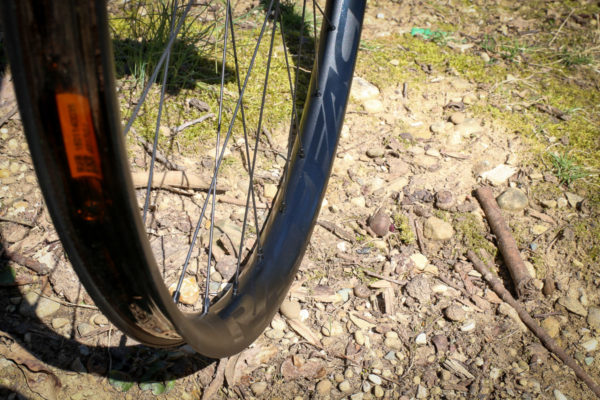 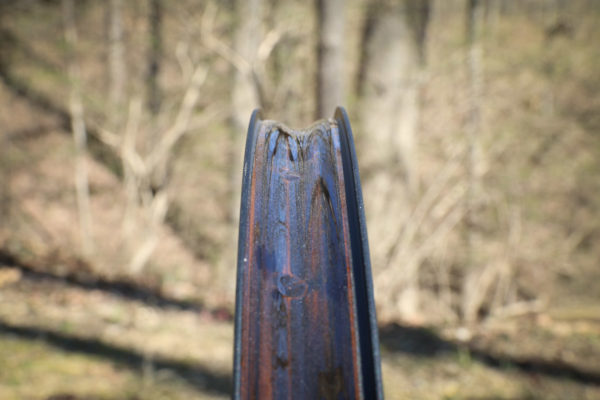 When it comes to rim design, the Turbine Rs use a 30mm internal rim width with a 4.5mm spoke bed offset to achieve more balanced spoke tension for a stronger, more durable wheel build. Perhaps more importantly though, the offset allowed Race Face engineers to use a single spoke length which should make it easier for repairs should you encounter an issue. Each wheelset includes five replacement spokes as well, so you should be set for your next epic.

Utilizing 6069 aluminum alloy for the rim instead of 6061, Race Face claims a 40% increase in strength, and supposedly allowed them to thin out the area around the bead hook for decreased weigh while maintaining impact resistance. Race Face claims that a 27.5″ rim weighs in at 460g.

It wouldn’t be a mountain bike wheel these days without tubeless compatibility, and the Turbine Rs come pre-taped and with valve cores. Really, the only negative I’ve experienced with the wheels so far was an extra nipple that was rattling around inside the rear rim. While attempting to peel back the tape far enough to expose a spoke hole to remove it, the tape ripped and had to be replaced. This certainly isn’t the first time this happened, and won’t be the last. 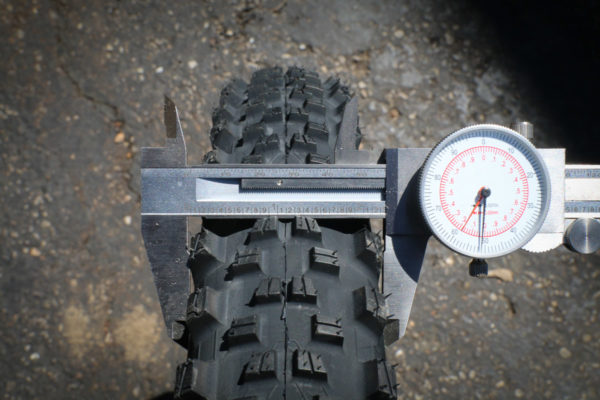 On the positive side, I used these wheels to measure the actual size of the new Michelin mountain bike treads which gave me great insight into their ease of tubeless set up. Not only did the tires seat with a hand pump, they did so without even adding tire sealant. More importantly, the tires were easy both to install and remove, so it seems like the rim profile and bead shelf design is pretty dialed. 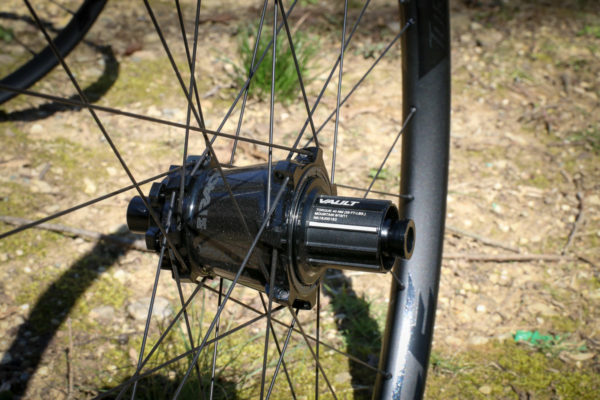 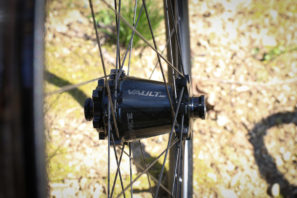 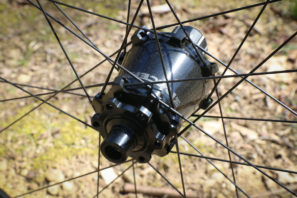 The literal centerpiece of the Turbine Rs is the Vault hub. It’s hard to miss the girthy hub shell which was chosen for a number of reasons. The size of the shell and flange diameter itself is responsible for a claimed 20% increase in torsional drive stiffness and lateral stiffness as well.

Inside the hub shell, the Vault driver system is a bit different than most with the six pawls located on the hub shell and the 60t drive ring attached to the free hub body (Shimano or XD). Set up in two groups of three pawls, the hubs have 3º, 120 point engagement with low drag pawl springs. Big hubs mean big seals, which can mean big drag, but Race Face says their labyrinth seal design keeps them spinning freely. Compared to some of the biggest hubs I’ve ridden, these definitely seem to have less drag, and like most are continuing to improve over time. The hubs also use four 6902 bearings in the rear hub spaced as widely as possible for increased durability and stiffness. Both wheels are built with 28 straight pull spokes in a 3x pattern. 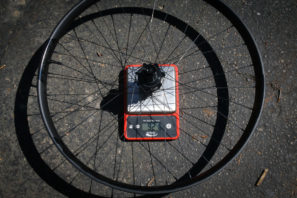 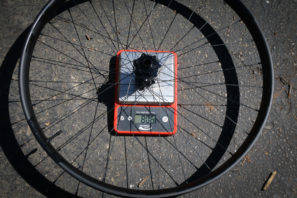 Weighing in at 921 for the rear and 806g for the front, the combined 1727g wheelset weight with rim tape and valve cores, is on the lighter side for a 30mm internal width aluminum rim. 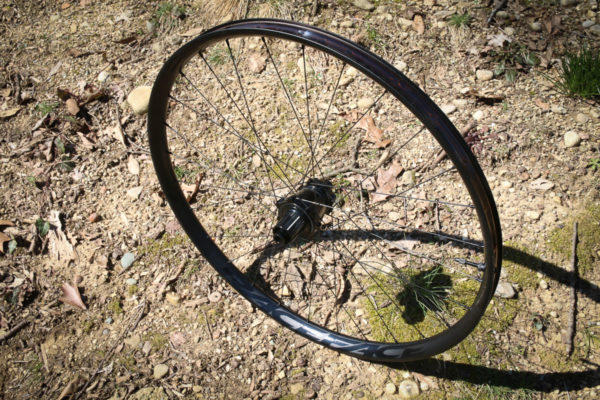 Priced at $479 for the front and $639 for the rear wheel, the Turbine Rs are an exciting addition to the Race Face product line. Initial impressions peg them as a light weight aluminum wheel with huge amounts of built in performance that look great on a bike as well.

These look good, except I don’t trust pawl systems after destroying many rear hubs in the past. So I went to Chris King and have never had any issues since. If you build a wheel with CK ISO’s and a 3.5mm Asym rim you get equal spoke lengths on each wheel. Which is a fantastic benefit , particularly when you build your own.These look good, but I am sticking with my Nextie CF Asym rims and CK’s.

Looks interesting but when I read this marketing speak, it makes me pause.

“Utilizing 6069 aluminum alloy for the rim instead of 6061, Race Face claims a 40%
increase in strength, and supposedly allowed them to thin out the area around the bead
hook for decreased weigh while maintaining impact resistance. Race Face claims that a
27.5″ rim weighs in at 460g.”

I don’t want to be the beta tester on a rim that found it’s weight savings from a thinner beadhook. That’s the part I want beefed up.

some companies are doing away with beadhooks altogether. granted they’re mostly carbon, but hookless has been around a good 3-4 years now.

I have no problem with hookless rims and own several sets of wheels with no bead hook. But I still want some material thickness where the bead seats on the rim for protection against damage with an accidental rim strike. That’s not the place where I want to find my weight savings.

Straight-pull, non-bladed spokes? I hope the factory build is good because that’s a recipe for a bad time.

The price is kind of ridiculous – $1100 for a fairly average-weight alloy wheelset? That’s approaching carbon territory. You can get the Stans Arch MK3 for $680 or the alloy Roval Traverse for $600, and they’ll weigh less than 50g more. Or you can pay $125 more for a set of i9 Trail 245s and drop almost 200g.

and all those wheels you mentioned are a lot narrower….

Why all the negative comments from people that probably not see or road on these wheels.
While there is a lot of marketing BS in the bike industry, these preform as advertise.
I have had these on a Stumpy 29er for 2 months now. They are very stiff, one ride through a rock garden and you will notice a difference and the 120 point rear hub sounds sweet and awesome in technical areas.
These replaced Roval Traverse that I had nothing but problems with, broken spokes, nipple and a busted rear hub.
A quick google search you can find these for a lot less than the MSRP. I paid around $820 with coupon codes.

Where did you get them for $820? I got some Easton Havens and want to upgrade to these!

After searching for about a few hours, I actually got them for $763.30 through Biketiresdirect.com. When I signed up to their newsleter, I got an instant 15% off coupon and it was applied to the wheels on my first purchase. On top of that I earned points towards a next purchase which will be a set of new tires that will practically be FREE!
Can’t wait to get them on!!!

You can watch my unboxing video including hub sound check here: https://youtu.be/y-_x63TLkpU