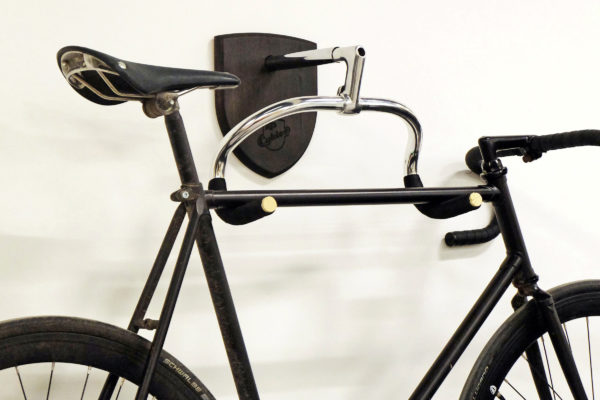 Brought to life through crowdfunding, some enterprising Danes decided they were tired of leaving their favorite bikes locked up outside or hanging them on industrial racks in garages, so they developed The Bike Hanger. Simply named their, uh… bike hanger gives a contemporary interpretation of a wall-mounted trophy mount to show off your prized bike on the wall in your home. Now that they’ve transitioned into regular production, jump past the break for details, pricing, and a look at the bolt-on urban side car they have also developed to haul your trappings around for a car-free way of life… 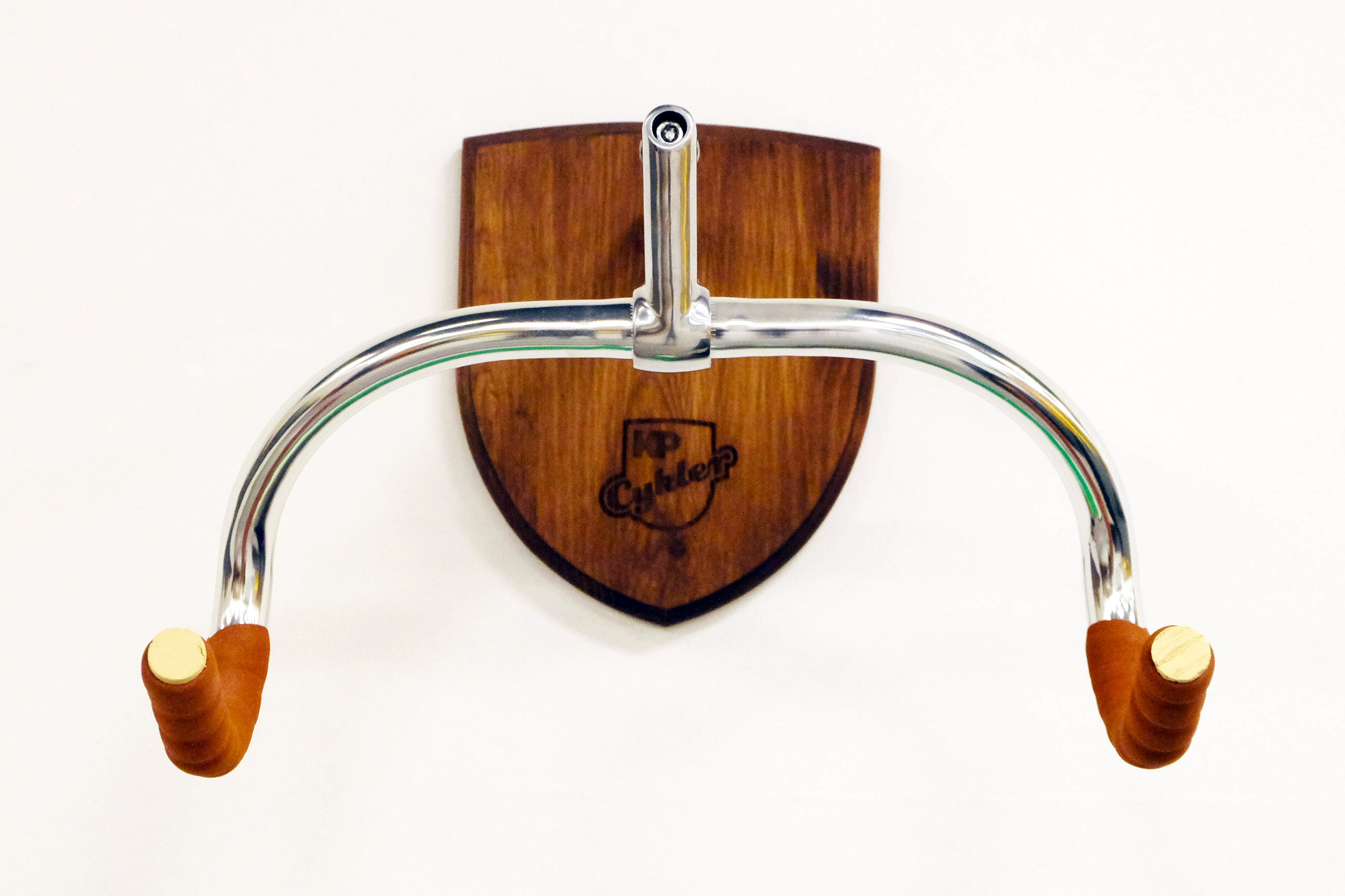 The Bike Hanger does away with racks that leave tire marks on the wall, and instead opts for a simple look with some repurposed classic cycling components. Starting with a traditional round bend road bar and a polished quill stem, the rack attached to a chromed steel tube mimicking a steerer tube and welded to a plate integrated into the hardwood surround. The long adjustable quill stem give the mount the ability to adjust how far the bike hangs off the wall. Soft leather bar tape provides a non-slip grip on your bikes toptube and keeps it safe from scratches. The 700 Danish Krone (about $105/95€) rack comes in both black and brown, with matching wood stain and tape. 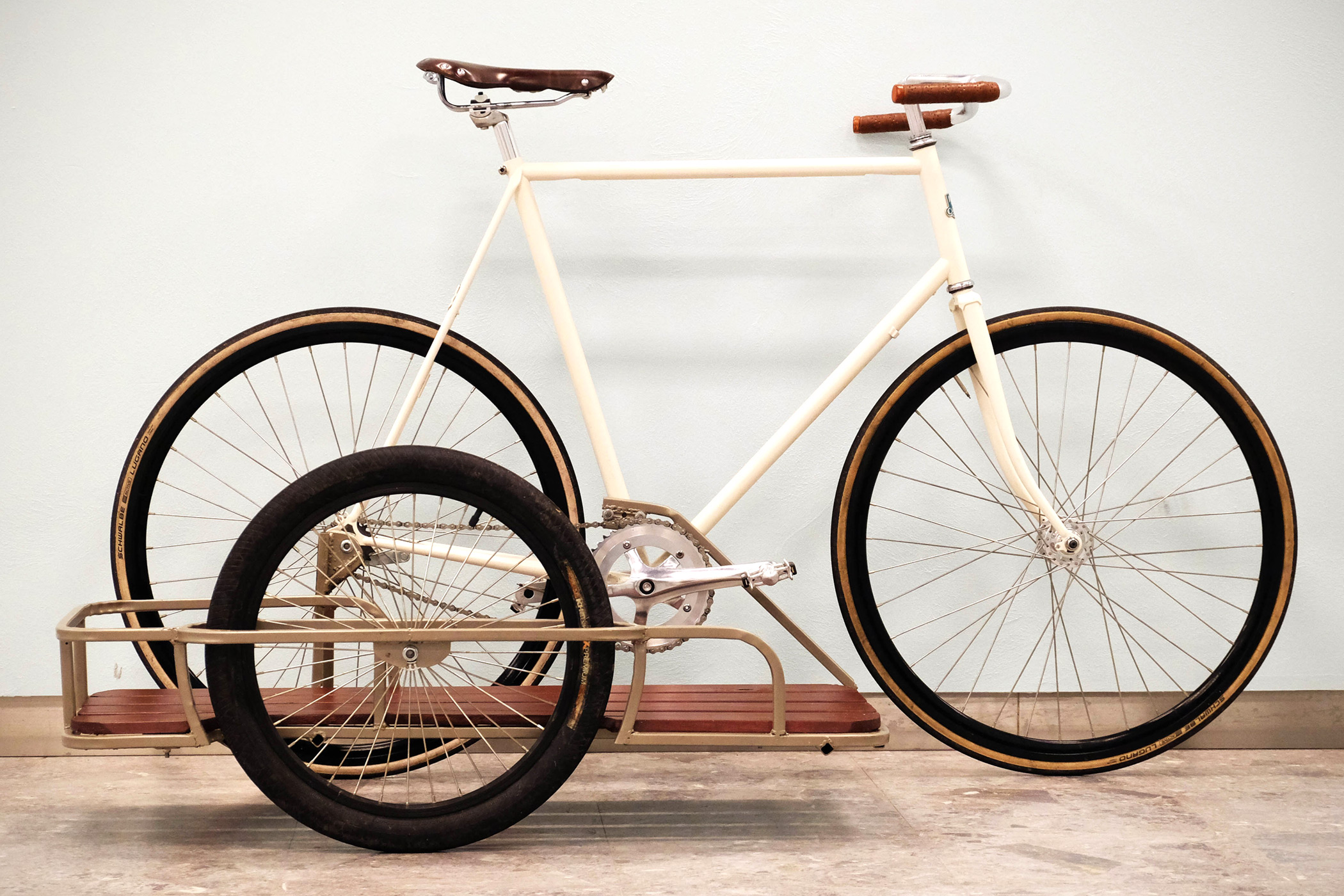 Maybe even more practical, but with a slightly smaller potential customer base in the Sidecar they have also custom-built. While it is less of a big production deal, they still offer it as a regular buy, paired with 3 sizes of a standard lugged steel single speed city bike. The sidecar gets full tilting functionality, based on a pair of spherical bearings, to give a natural and easy to ride maneuverability (as well as the capability for high-speed cornering!) 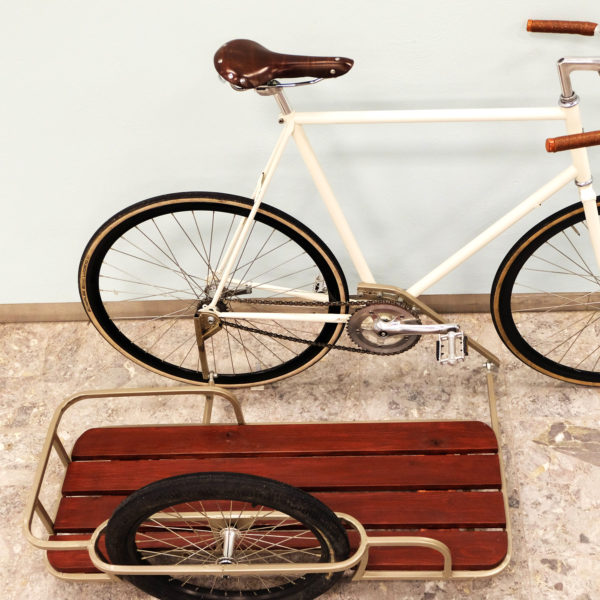 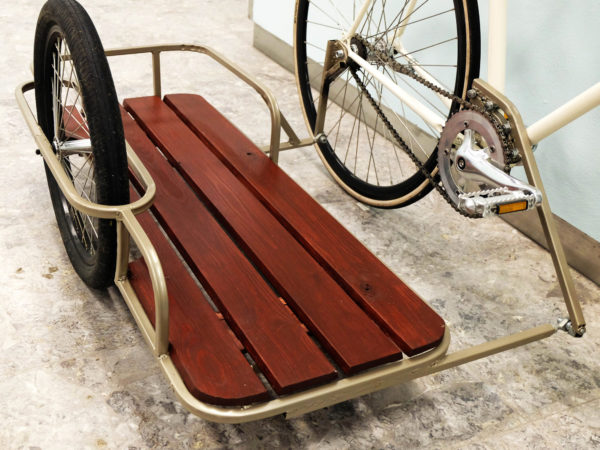 At 11,000 Danish Krone, including both a basic single speed city bike and the bolt-on/detachable sidecar (about $1650/1500€) it actually looks like a pretty solid value for anyone wanting to ditch the car, but not the ability to haul cargo. The steel and wood rack is fabricated in their Copenhagen shop and ships to wherever you want.

The welding on that side-car is horrible. Is that a broken weld painted over in front of the tire? For $1,600 I hope production looks much better than this one.

Check out that bend radius at the back! Looks like an angry gerbil had at it.

Welds on the trailer look like they were done using bubblegum.

Yes, I think someone doesn’t know how to use a MIG welder….

The hinges on the side-car don’t appear to be on the same plane. If they aren’t that whole rig could lead to quite the adventure when it come to cornering.

Yeah, good. But you would need two ball joints joined by a bar to allow for the free movement that you are thinking of. Just a single ball joint wouldn’t do it.

We got a allot of critical welders today. Thanks for the idear. I have a pair of nittos hanging out in my closet.

The build quality of that sidecar, based on these pictures, is something I’d expect out of some Made in China Walmart special for $99. Seriously.

The welds could be “forgiven” if this would be the 1:st prototype to test the idea and the potential market interest. (deleted)

However, what could be more of an issue from my point of view is how the front attachment is done: having a bolted on holder on the down tube and seat tube; I’m not sure that’s a good idea, I’m not sure the tubes can take those kind of loads in the way the cart will bring them once it’s loaded?

As some of you pointed out – the pictures above are of a first prototype to test the construction. It was stick welded, which of course is horrible, but we didn’t want to invest in welding machinery before we have a construction that works. Here are some pictures of the production welds (TIG): https://kpcyclery.com/shop/product/the-sidecar-bike-by-kp-cykler/
As for the price – it includes the bicycle and everything is handmade.