When we last saw the Hope crankset at Eurobike, the design was still in the final prototype stages but we were told the release would be soon. While the official release for the crankset is set for February 26, Hope has unveiled the final design a bit early. To be made fully in house with the exceptions of the forgings which will come from the same European factory as their hub shells, the Hope crank arms use a forged, then machined 7000 aluminum design for a high strength to weight ratio.

As the latest crank to use a modular design, we expect the Hope cranks to compete directly with RaceFace’s own Cinch system. That means the cranks will have options for direct mount single ring use, spiders for dual chainring use, plus the potential for different spindle lengths in the future. Add in compatibility with most bottom brackets standard when used with Hope’s bottom brackets for the 30mm spindle and you have a very intriguing option to  hold your pedals.

In addition to their versatility, Hopes cranks are also quite light – details next… 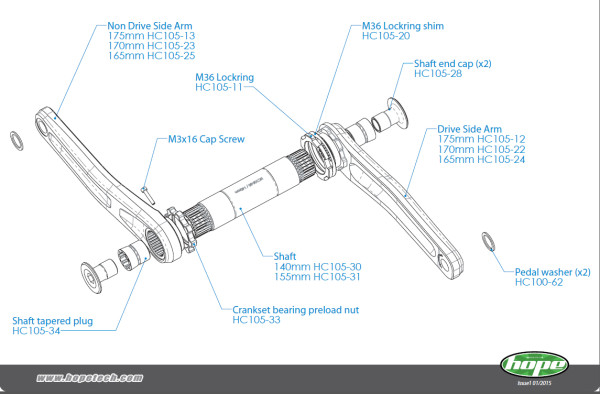 While at Eurobike, the Hope cranks were still using a polygonal spindle interface though we were told they had already decided to change the design. Hopes reasoning was that the polygon shape would be very difficult to make into a carbon crank in the future. However, Hope didn’t like that standard spline interfaces were prone to wearing out and creaking once they were installed and removed a few times. In order to make a splined interface that they were happy with, Hope has implemented a new patent pending design that actually uses an expanding spline.

The splines themselves are not tapered, so the crank arm slides right on. After the arm is in place, the shaft tapered plug is installed which tightens up against the inside of the splined spindle, forcing it against the matching spline of the crank arm. Hope claims this gives a perfect fit every time, regardless of how many times the crankset has been removed and reinstalled.

Even with the added complexity of the expanding spline system, the crankset still has a claimed weight of just 641g. That weight includes the crankarms, axle, and a 34t spiderless ring, but does not include the bottom bracket. Spiderless chainrings will be offered in 26-36t versions as well as the spiders for single 104 BCD chainrings or double spiders for 64/104 rings. Measuring in at 167mm for the Q factor, single ring cranks will have a 49mm chainline and will be available in 165, 170, and 175mm arms.

Initially available in black, red, blue, silver, gunsmoke, and purple will be available around March. A complete set of arms, axle, and spider will run $400, while the Arms and Axle alone will sell for $350. Additional Spiders will be available for $65, and spiderless chainrings at $90 each. 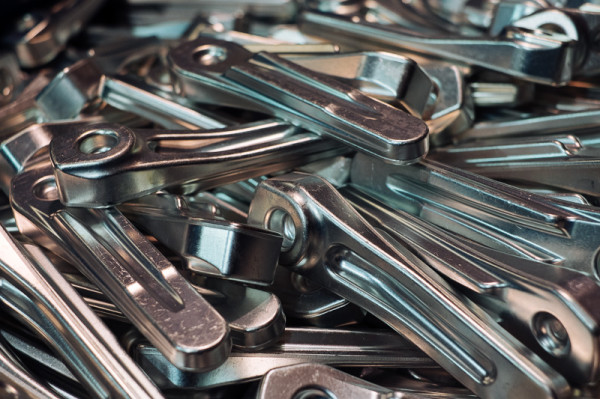 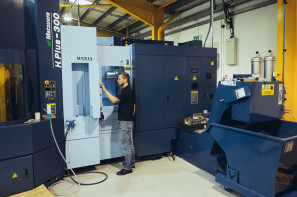 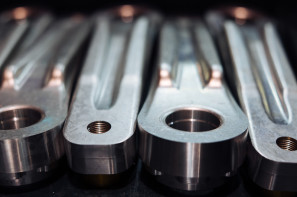 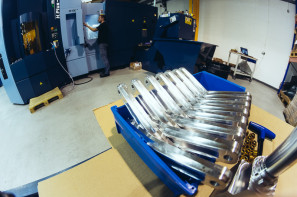 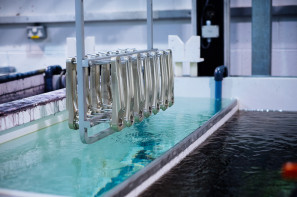 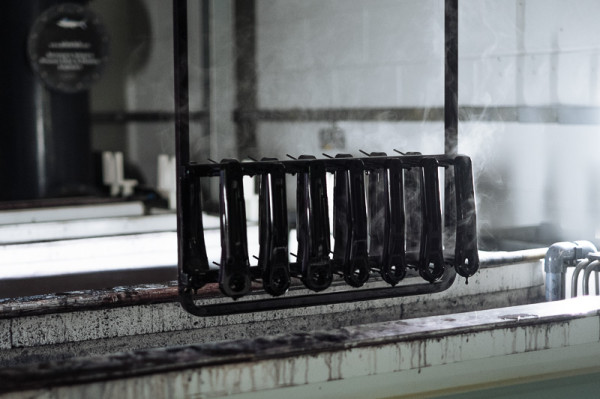 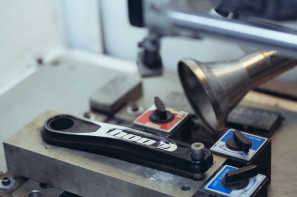 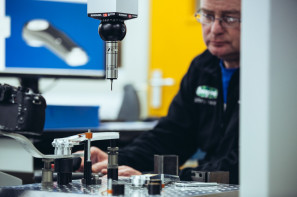 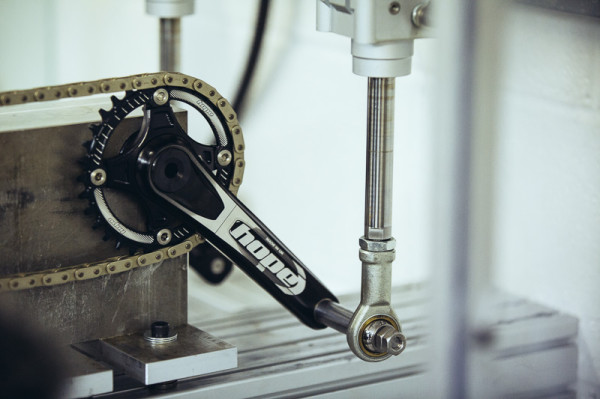 Hard to tell what is “superlight” about a 641 gram cranks with a single spiderless ring … (i.e missing the BB and probably not including tapered plugs and end cups).

what up dodo?!?! good point

These are over $100 [MSRP] more than Race Face Turbine Cinch cranks, and slightly heavier [with a 32T ring]. What is Hope’s competitive advantage here?

Hollowgram would kick its ass, but the new XTR M9000 crank weighs 560 without chainring or BB.

re–>weight I’d say it’s pretty clear these aren’t made strictly for XC use. Of course they’ll cost more than the Race Face cranks–they’re made in the EU! If you couldn’t tell, that matters a lot to Hope. They’ll also come with the usual fantastic Hope finishing.

Will they soon have their own gruppo? We can only “hope”.

I have to agree with David. These look really similar to the RaceFace Turbine Cinch (which are awesome, btw), just more expensive.
@ Shafty – the Turbine cranks aren’t exactly weight weenie parts either, but I agree – made in EU is definitely a selling point, as well as the reason I bought my last hubset from Hope!

Made in the UK by a rock solid company that works tirelessly to improve through refinement – Hope kit is as solid as it gets. And yea, the extra clams are worth it for being UK/EU made 100%, that’s a big deal though sadly I think one lost on many strictly in the mtb world.

I even checked to make sure in Hollowgram’s case: http://www.cannondale.com/nam_en/2015/bikes/mountain/overmountain/jekyll/jekyll-carbon-team

Cranks aside, I do think they make the best external bottom brackets, in my experiences.

The more I look at it, the more I want it on my DH bike 🙁

A bit heavy, a bit expensive, good quality.
And… new spindle interface, one more… I don’t know if it is a good news.

Expanding split-spline axles are already on the market from a BMX brand.

I am amazed that Hope has Matsuura Machine. Very expensive but very great machine.

I got a set of Hope hubs almost ten years ago. I broke the first frame they were on. They are still smooth and solid. They are quality. This looks creak free and smooth. Should outlast a couple of XTRs.

As I’m from Birmingham, I’m cheering at the English Hope workshop & schematics etc.
Like others, I am also somewhat dissapointed by the weight, although I’m sure things could improve later with carbon or hollow arms.

Weight Weenies are not really the market Hope is aiming for with these.

They are more bulletproof best of British type of style than bleeding edge American.

I recently fitted Next SL to my FSR and grabbed an old set of silver Hollowgram SL cranks for my Stumpjumper.

It’s sad that we’ve decided to sent our best aluminum technology (hollow arms) to low-wage nations, while we only have old-school methods (solid) here, where the products are used.

Anything for a buck, I guess.

Hope could make hollow crank arms like Rotor does couldn’t they?