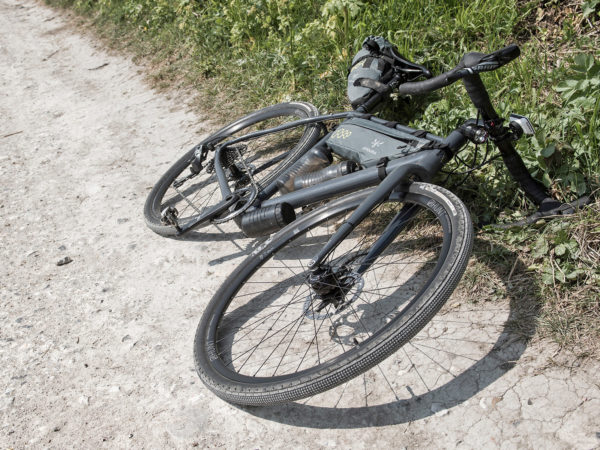 There’s no disputing the recent explosion of the gravel and bikepacking segments. It’s given rise to many cyclists rediscovering how bikes can open up opportunities for adventures again. While the number of riders who take on ultra-endurance events like the Transcontinental or Tour Divide is still relatively small, even on shorter extended weekend trips we’ve realized the limitations of using lights and electronics after a few days away from home. Hunt Wheels has seen that too, and has put together a new tubeless, disc brake aluminum wheelset built around a dynamo hub generator to keep their own ultra endurance racer Josh Ibbett (and recent Italy Divide winner) powered up on his all-terrain adventures. Check out a wheel riding video about Josh’s next hobo adventures with & apart from Hunt, the full details of the new wheelset, and how you can pre-order a pair, all after the break…

The dynamo wheelset has been in the works for a few years and is designed to stand up to both the rigors of loaded adventure touring, plus anything weather can throw at you. 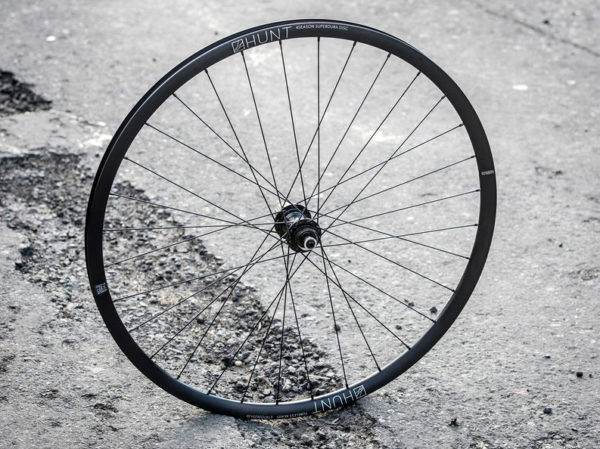 The wheels fall into Hunt’s 4 season range, which means they go with bigger and double sealed bearings, a higher spoke count with brass nipples, and a wide format 20mm internal rim with a tubeless ready bed to suit wide tires for more grip. 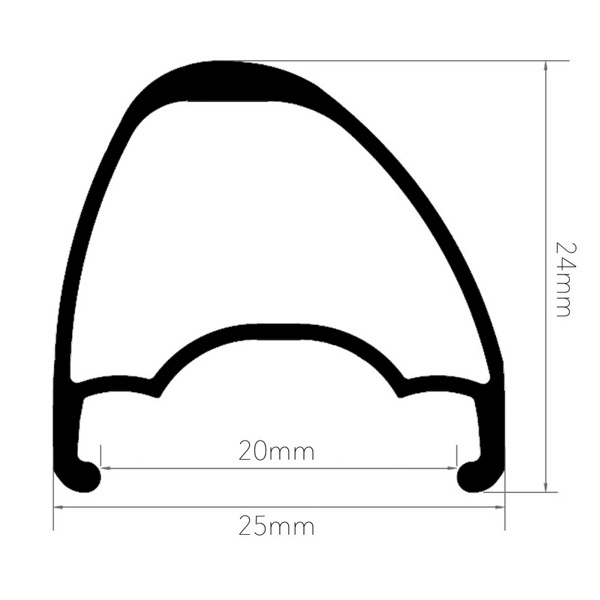 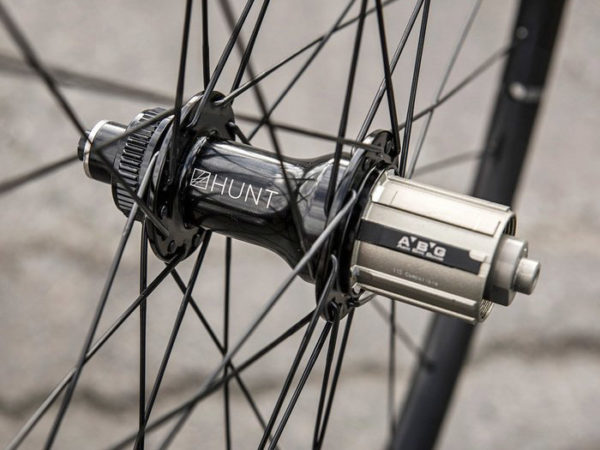 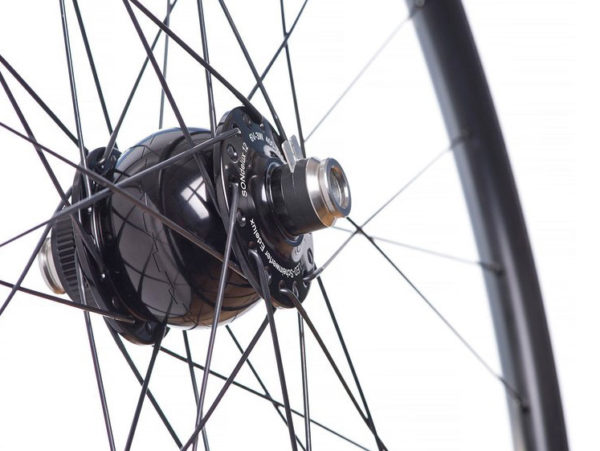 The 32 Pillar triple butted PSR spoke wheels use the same asymmetric rim profile as the Gravel Disc rim (and the same rear hub), but with 4 more spokes per wheel to handle loaded riding and then the generator hub to power your gadgets. The German made SON Delux dynamo hub can be set up to recharge a phone or GPS on the go, and then power an LED headlight throughout the night, never having to be worried if you charge everything up ahead of time, or if you’ll find a town to recharge along the way. 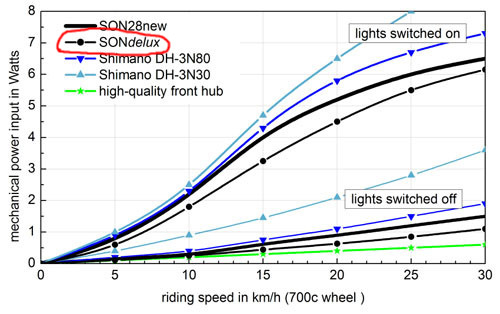 Key to the new Delux dynamo is also its very low resistance both when generating power and when spinning freely. Part of that is SOM realized they could make the generator a bit smaller now mainly due to lower power draw from modern LED lighting systems. SON claims the Delux to have less drag than any of their other dynamos, as well as the leading competitors. The front hub is a Centerlock thru-axle design that can be used with a 12mm or QR fork with the included axle adapters. No 15mm option though because of the need for a fixed axle endcap and wiring setup for a dynamo. 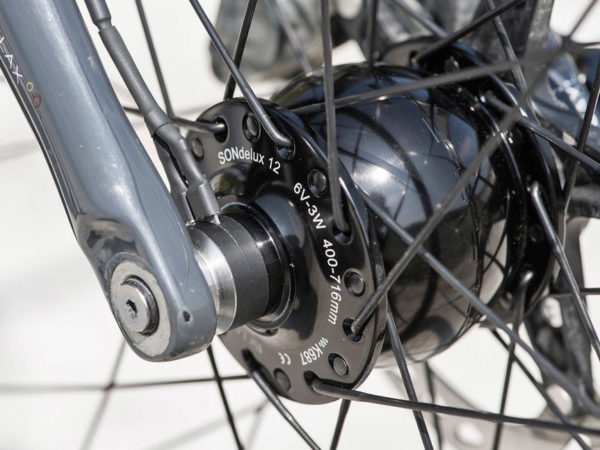 That makes it suited for a high-powered LED light, like the 800 lumen Exposure Revo light that Hunt is making available as a paired option with the wheels for just £185 more with the Stand Light battery tech that will keep you putting out light for up to an hour after you stop rolling.

It also means you can power small electronics like a mobile phone or GPS with the proper AC adapter setup, with Hunt linking you to CyclingAbout.com to figure out your own custom installation. 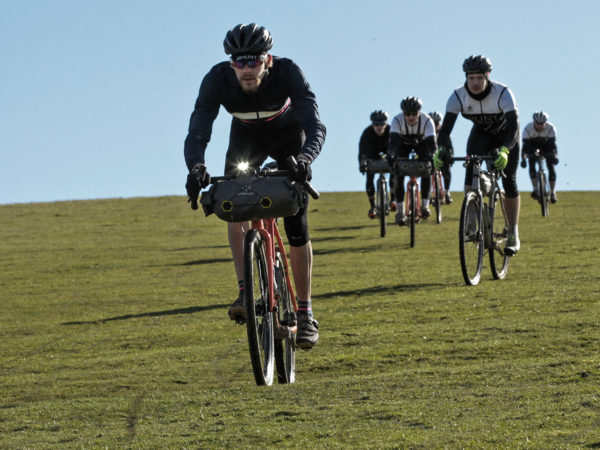 Like all of Hunt wheels, you can also have them set them up tubeless with tires of your choice. Total wheel weight is claimed at 1939g, with 1029g of that in the front wheel.  The Hunt SuperDura Dynamo Disc wheels are on pre-order now for £500 with the first batch scheduled to arrive in mid June. If you already have a rear wheel that you are happy with, they’ll also sell you the front dynamo wheel separately for £330 (or the rear alone for £210), all with free global shipping.

I’ve been using a solar cell array with integral battery (REI is a good source) strapped to my panniers to keep my USB devices charged up. It’s about the same power output as this hub, but depends on the availability of sunlight. For daytime touring it’s a reasonable option, especially if plug-in power is available every few days to make up for shady days. Can’t help wondering which uses the most energy — hauling the 20 oz solar cells vs. the 3-5 W extra drag?

“Can’t help wondering which uses the most energy — hauling the 20 oz solar cells vs. the 3-5 W extra drag?”

That will depend on the type of touring you’re doing. For heavy touring with panniers & racks, I can see the solar cells working very well as you’d have the space on the bike to place them. If you’re doing lightweight bikepacking, you’ll lack space to reliably deploy a solar panel. It also depends on time of year. Some of these crazies ride through the night, so in that case, the dynamo is really the best option.

Considering how must power aero drag and durable tires use, I bet you’d never notice the hub drag and in the daylight hours, you could direct that power to your battery for powering /charging things like cel phone & gps at night.

I’m using a SON delux on my randonneuring bike, and a Supernova rebranded SP-8 on my commuter. As Dinger hypothesized, you don’t feel a thing while you’re riding. I get about 150 W on a very leisurely flat ride. So that 4 W is like pedaling 3% harder. I highly recommend dynamos to anyone who’s not racing. They’re truly game-changing.

Agreed…I use a SONdelux on my Comotion Americano with a Schmidt eDelux II head light and B&M Toplight Line Brake Plus in the rear. My performance numbers showed no change when I switched from DT Swiss hubs on the same bike (was using Seca 1500 light front/Dinotte back) on my commuting route.

Has anyone used Hunt carbon wheels before. I’m looking into a set of deeper rims and I haven’t seen many reviews.

Why do people still upload vids to vimeo? It didnt load for me either and it wont be viewed by many. Youtube is the BEST way to reach an audience. Look how my videos sold so many Stages and I wasnt even sponsored by them. Youtube shows if you can handle the haters and if you can that means you will give better customer service.