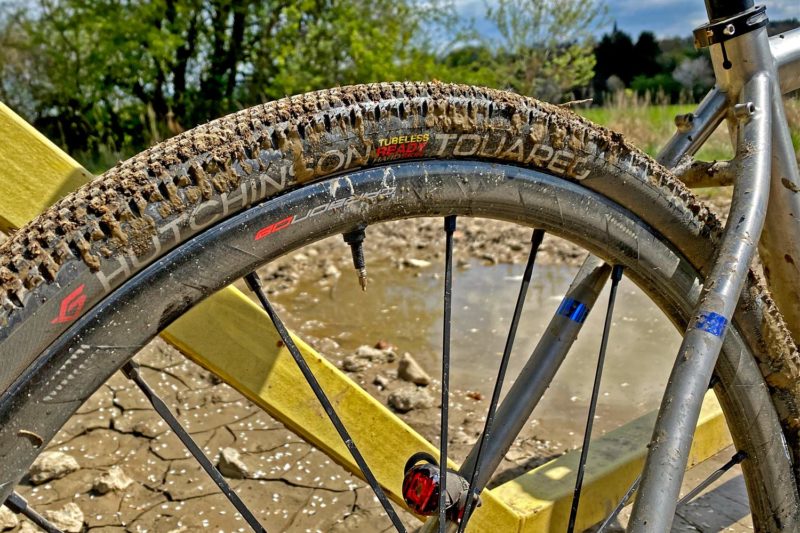 Hot on the heels of their new trail-ready Kraken, Hutchinson has unleashed a new Touareg gravel tire, a versatile all-conditions tire for riders & racers looking to expand their horizons. Developed as a best of both worlds tire – for both road & trail – the Touareg does a good job of finding a happy medium with fast-rolling tread that still grips in a range of conditions, and MTB-level durability that should hold-up to bikepacking and adventure racing. 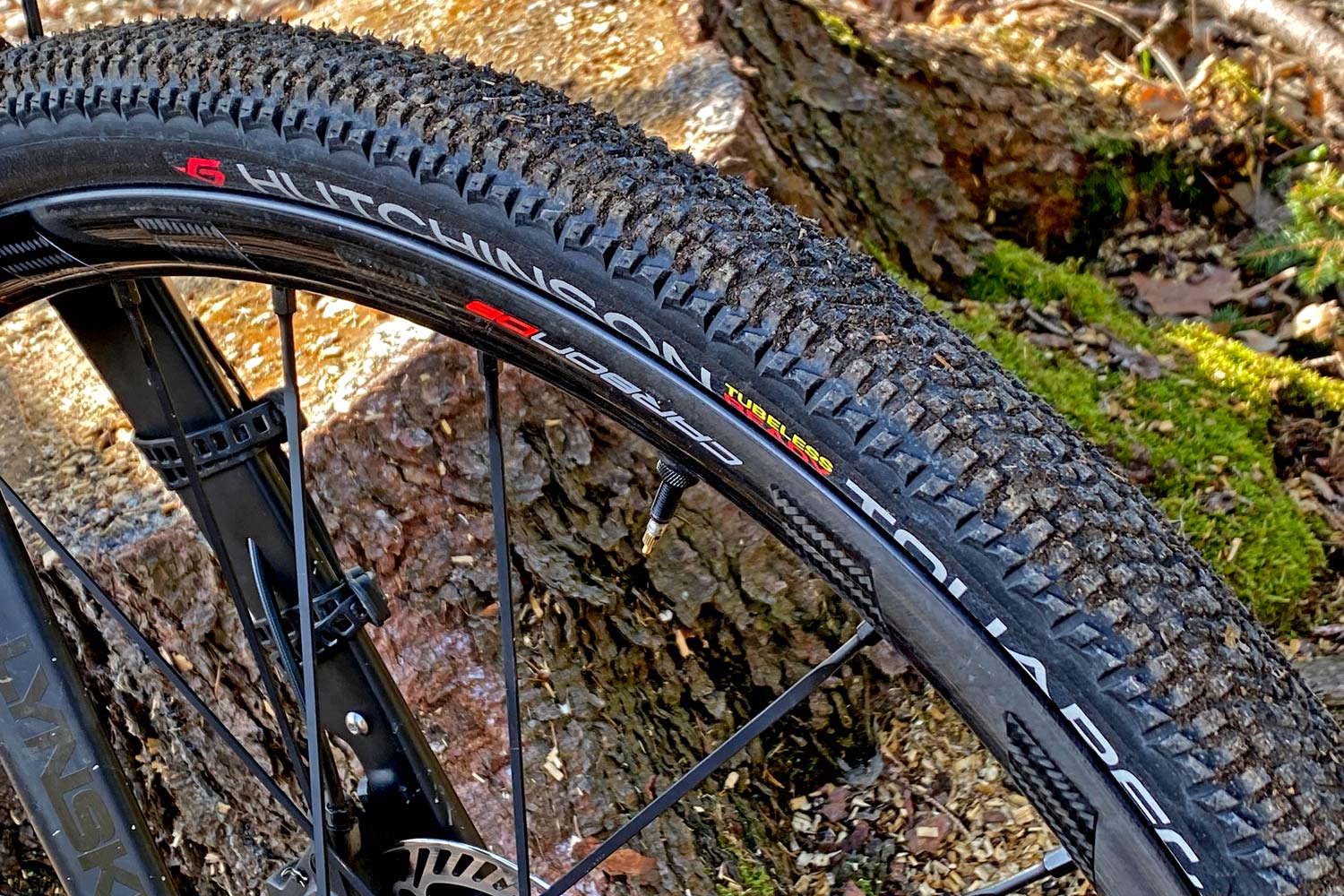 In a word, the Hutchinson Touareg gravel tire is meant to be versatile. Hutchinson has tasked this new tire with supporting the ambitious & fast-growing adventure gravel community who embrace their gravel bikes as the “ideal tool with the durability of a mountain bike enabling venturing off-road while still retaining the efficiencies of a road bike, making it possible to cover such distances over varied terrain with ease”.

The new Touareg mixes tech from Hutchinson’s road & mountain bike platforms to get the best balance of fast-rolling over hard & loose surfaces alike, plus the protection needed for more adventurous gravel & other off-road riding and racing. Starting with their favorite Override gravel tire, the new Touareg gets beefed up with larger knobs, wider casings & an overall boost in tire volume for more rugged terrain. 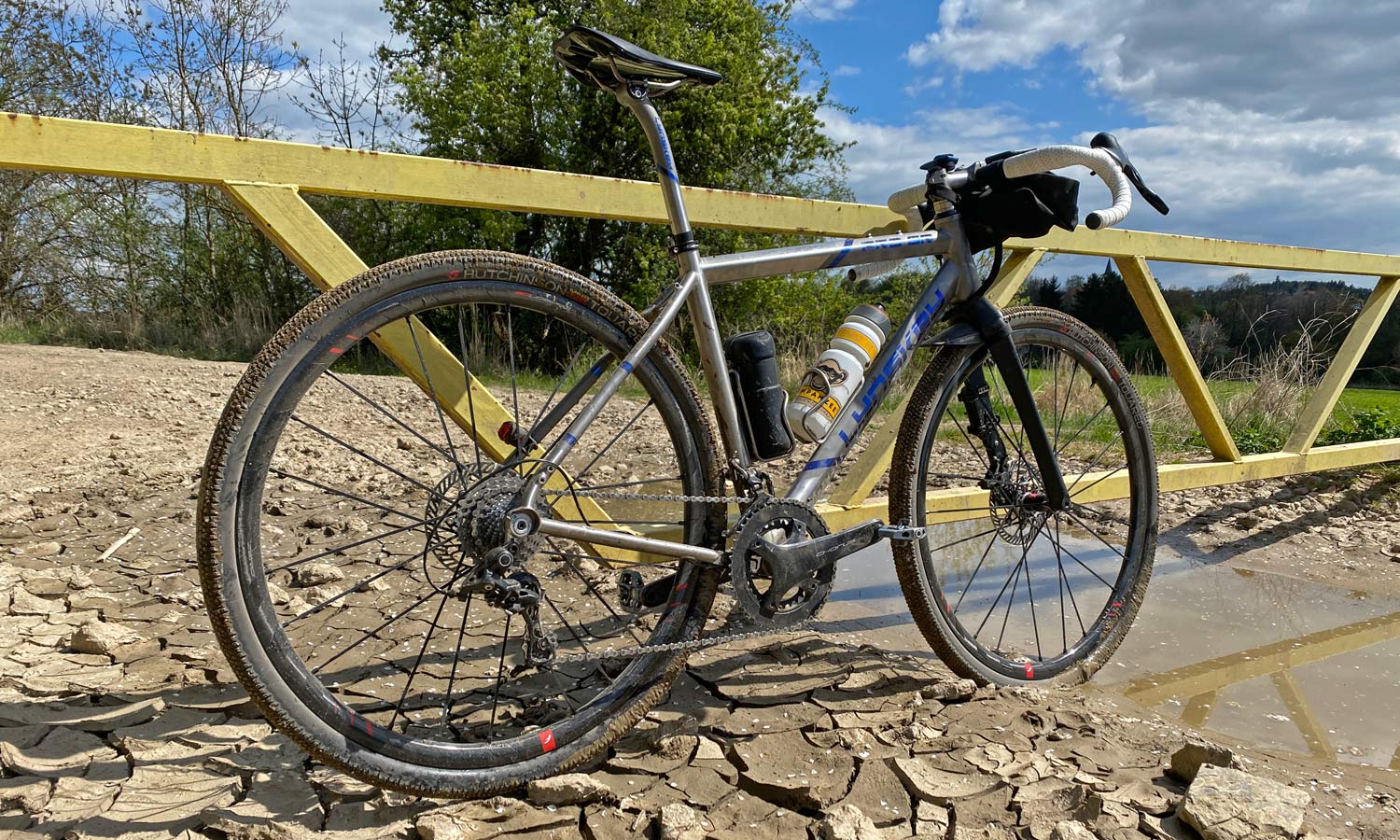 While those sound like lofty claims, so far… they seem to match my first thoughts riding the tires over a range of trail conditions. It isn’t magic in wet or muddy conditions, but control is consistent and predictable whether wet or dry. And while the center tread does pack up more with mud, the open transition between intermediate & shoulder knobs clears quickly to ensure that cornering grip is ready when you need it. 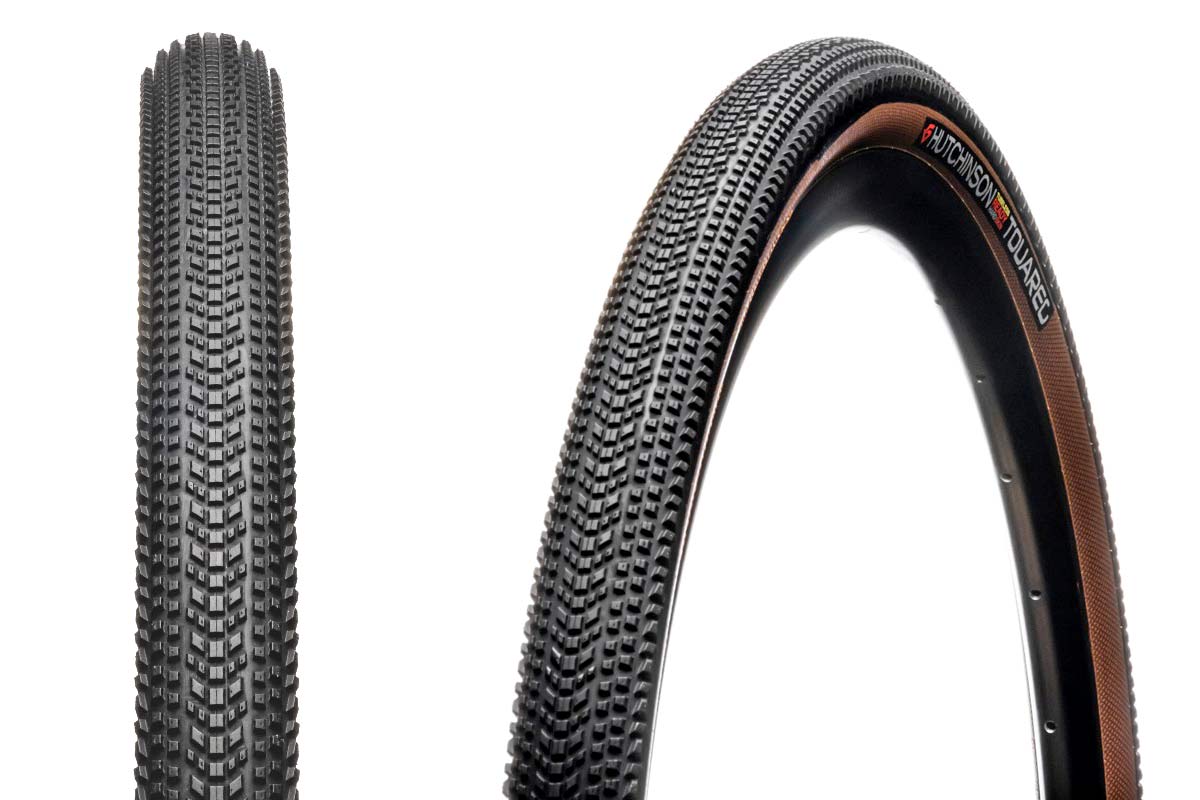 The small block tread design is the heart of Hutchinson’s desire to keep the Touareg fast-rolling. Officially it gets rated for dry, mixed & rocky terrain (not for mud). 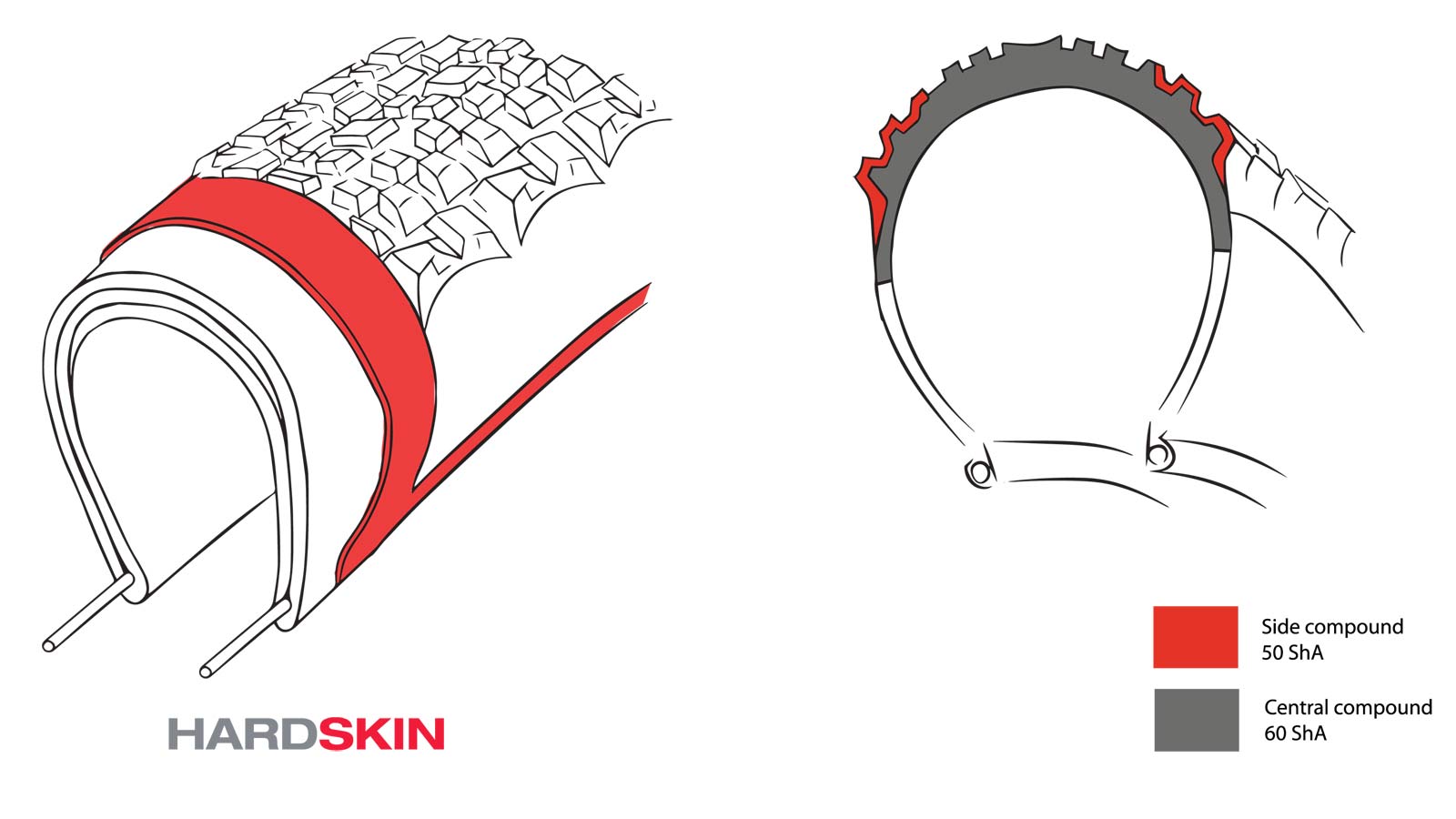 Dual-compound rubber promises a blend of low rolling-resistance, long wear and confident cornering grip. The French tires use a harder 60ShA durometer rubber under the entire tread, with the shoulder lugs and outer row of intermediate knobs getting a softer 50ShA rubber over top. 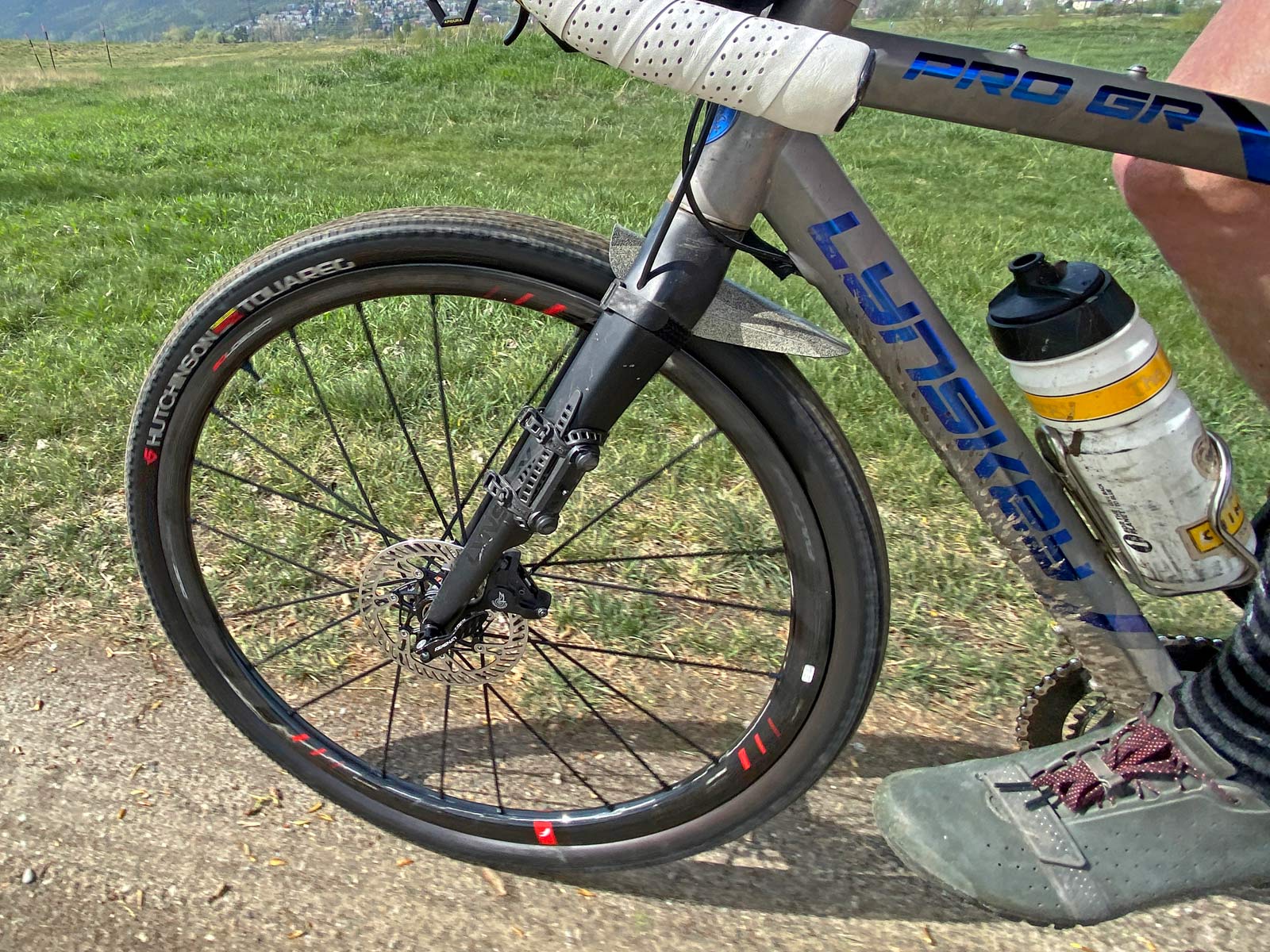 The new Touareg comes in black or tan wall editions that share that same construction, and are offered in 650b x 47mm or 700c x 40mm versions. The black edition adds a larger third size of 700x45mm, which I have been riding for a couple of weeks now. All of the (relatively limited) versions of the new Touareg gravel tire are handmade in France. They retail for $65 / 37€, and are available now through Hutchinson distribution channels.

That’s a heavy price jump to bring those stateside.

What wheels are those?

As @Raymond & @Ben noted, they are the 19mm internal Fulcrum Racing Zero Carbon DB which debuted a year and a half ago. https://bikerumor.com/2018/09/12/fulcrum-racing-zero-carbon-db-wider-tubeless-carbon-wheels-for-disc-brake-gravel-road/

Might try these out when available or the WTB Raddlers (I need something more aggressive and wider than the Resolutes).