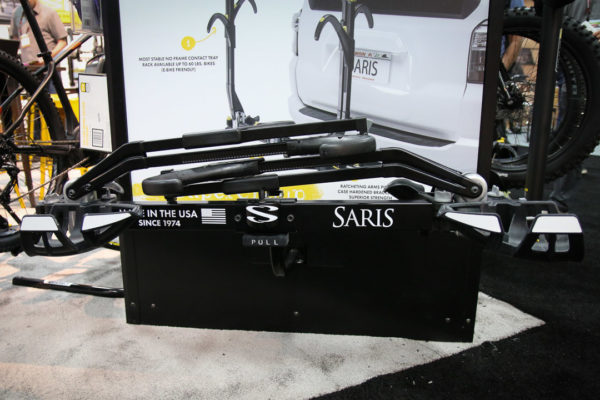 The Saris Freedom SuperClamp is a mighty fine rack. It’s made in the U.S., it doesn’t touch the frame, and fits a wide range of bikes. We recently had a chance to check out the Freedom SuperClamp 4 bike version which will soon be going back on my car as fat bike season approaches. In 2016 though, there were more differences between the two and four bike versions than just the number it could carry. One of the big ones is the fact that the current 2 bike does not fold up or down. While that’s not a complete deal breaker, for 2017 the 2 bike version is getting a number of upgrades including the ability to tilt… 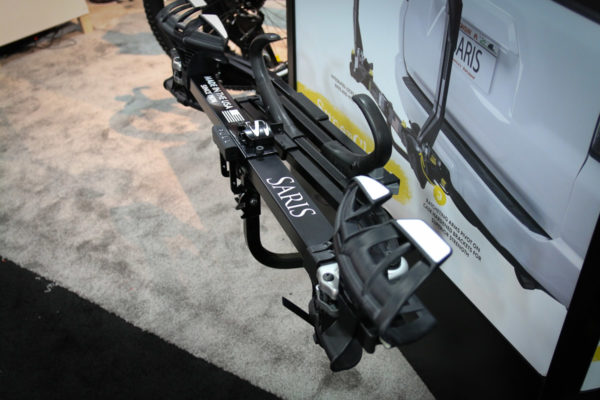 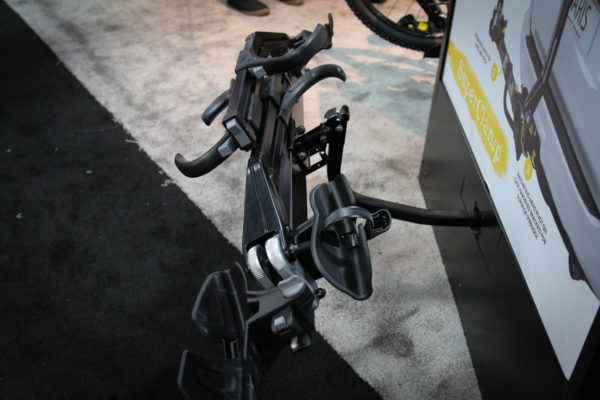 Even though the 2 bike version is already pretty narrow, the ability to fold up will save you a few inches and could mean the difference between getting your garage door to close or not. Probably more important, is the ability to fold down both with bikes and without. Folding the rack down with bikes on it will allow you to access many trunks, and folding it down without bikes should allow the rack to clear lift gates like those on the Honda Element. 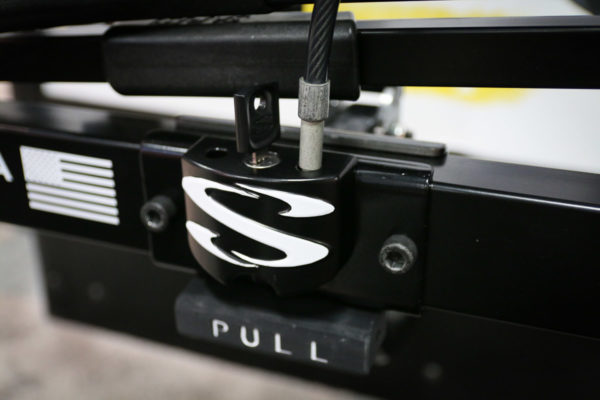 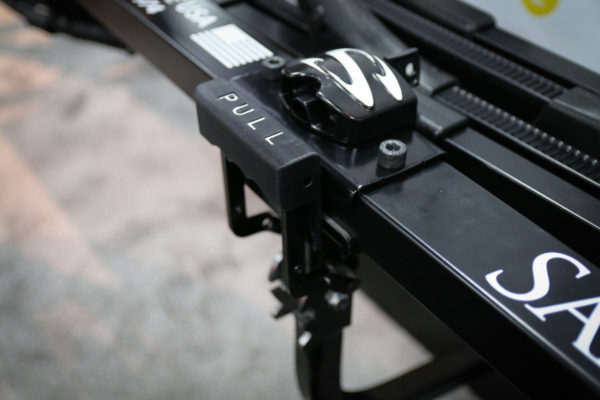 To make the folding process as easy as possible, the rack will have a quick release handle right at the end of the tray. Weight is pretty important with any hitch rack as they’re already pretty heavy so Saris was happy to point out the addition of the folding feature only added 3 lbs to the weight of the rack. The Freedom SuperClamp 2 will also have a new center lock pod with thicker, more durable lock cables for increased security. Of course there’s a bottle opener thrown in for good measure. 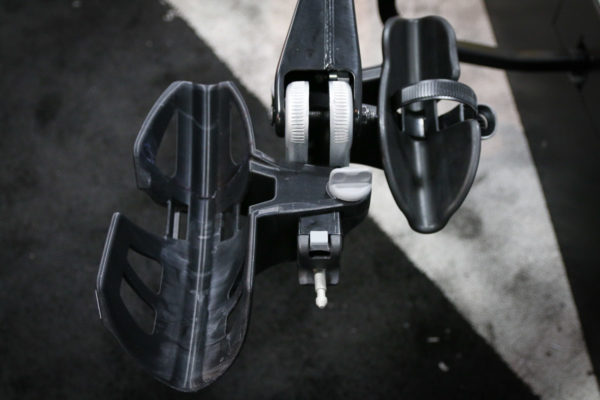 Lastly, the rack will ship with new wheel trays that will fit up to 4″ tires right out of the box. A prototype of the new trays is shown above left, next to the current tray on the right. You may remember that this was one of my few criticisms with the SuperClamp 4 bike rack since for it to fit fat or plus bikes you had to shell out for all new trays. Apparently, you’ll still need to upgrade if you have a fat bike with 4.5″ tires or bigger, but at least these trays will fit plus and quite a few fat bikes without any additional cost.

Expect the new Freedom SuperClamp 4 to see a $30 price increase to $469 with availability this spring.

Urgh, why does Saris stuff look so cheap? I’d much rather pay extra for US made goods than have pretty cruddy stuff that also doesn’t work as well as the competitors for roughly the same price. The Bones racks are great for what they are, light, no security, strong enough and inexpensive. That’s not what I want from a hitch rack and these aren’t really inexpensive, they just work like they are.

…Looks so cheap? I don’t care really. I have been using this rack for the last 12 months and has been perfect. Road bikes, mountain bikes and fat bikes.

I’ve sold hundreds of Saris racks in my lifetime. They don’t just look cheap, they are cheap. The relative number of warranties I’ve run on small parts is far worse than Thule and Yakima. They honor them but they all do.