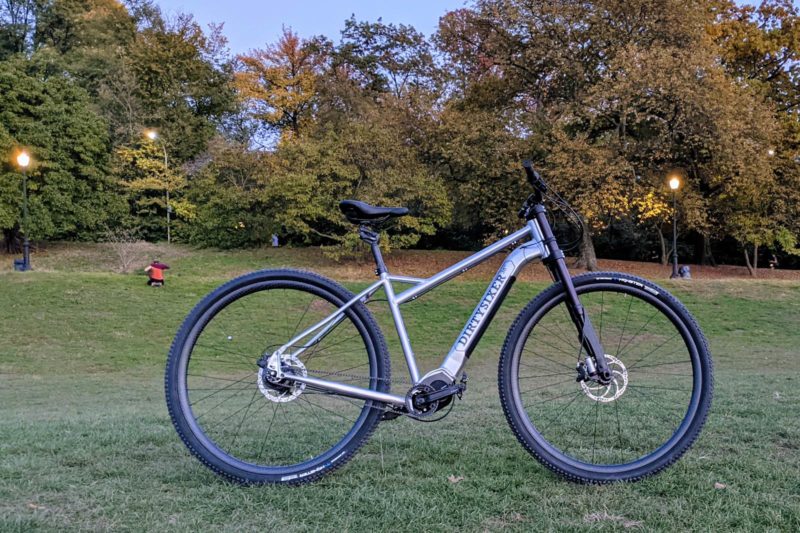 David Folch, the man behind DirtySixer, has been busying himself with the development of his first eBike; and of course, it rolls on 36″ wheels. The brand are well-known for their massive all-road and commuter bicycles, having supplied 36ers to many a star basketball player, including LeBron James, Mark Eaton, Kevin Durant, and Shaquille O’Neal. Now, the eDirtySixer is rolling into town with a Shimano e8000 motor and a 500 Wh downtube-integrated battery. Here’s what we know so far.

DirtySixer claim the eDirtySixer eBike is the largest electric bike in the world, and it probably is if you limit your search to all-road or commuter eBikes. There are plenty of super slack eMTBs out there that will challenge it on wheelbase of course (like the Nicolai ION-G16 EBOXX), but none sport a 36″ wheelset. Anyway, we’re not here to squabble over who makes the biggest bike. What we do have here is the world’s first fully integrated electric bike rolling on 36″ wheels. 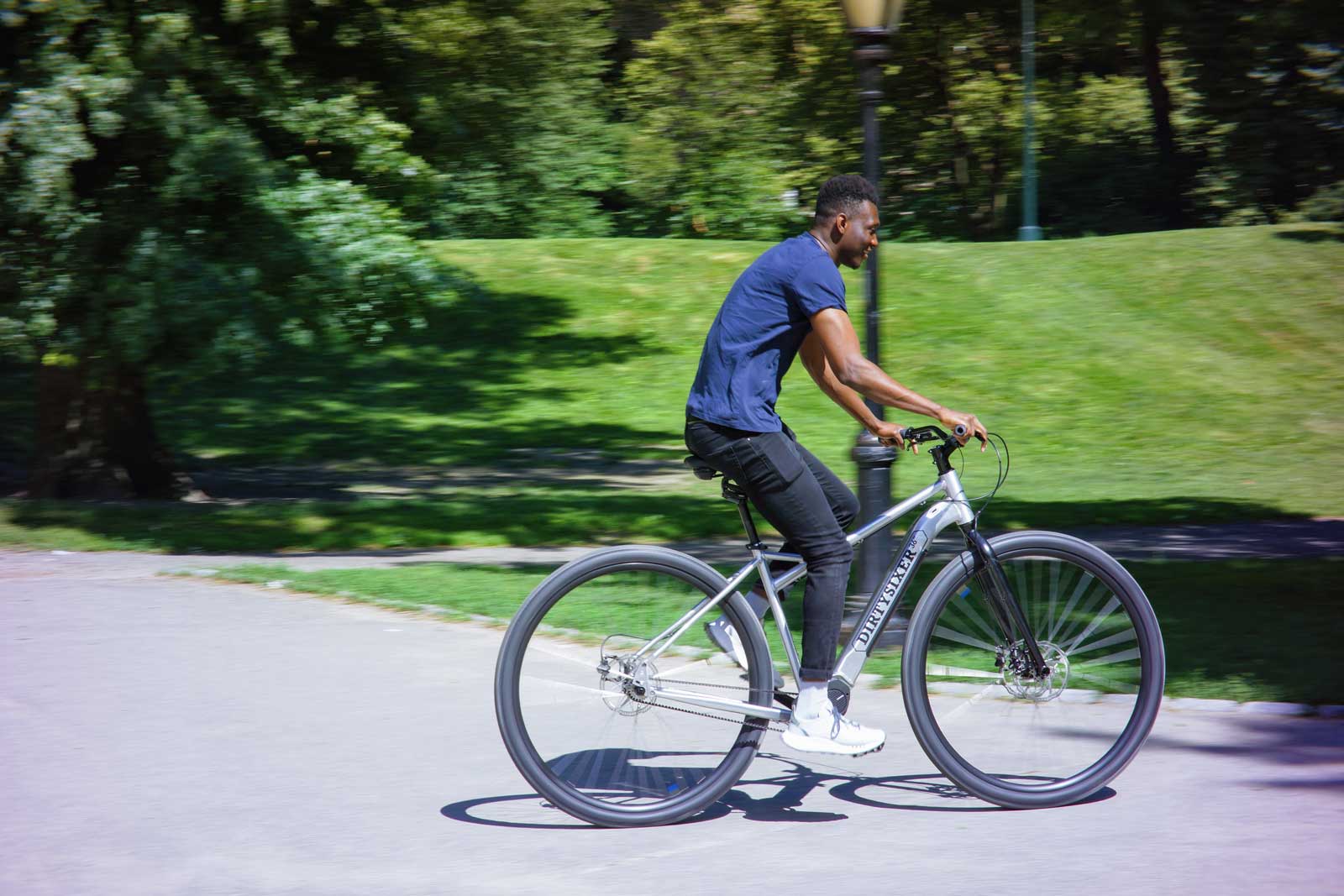 After a successful crowdfunding campaign for the AllRoad Mark II, DirtySixer are occupying themselves by prototyping and testing its eBike equivalent, the eDirtySixer. We have two variations on the eDirtySixer Class I eBike to share with you; one running a dual-crown suspension fork more commonly seen on downhill mountain bikes, and another with a more humble rigid fork. 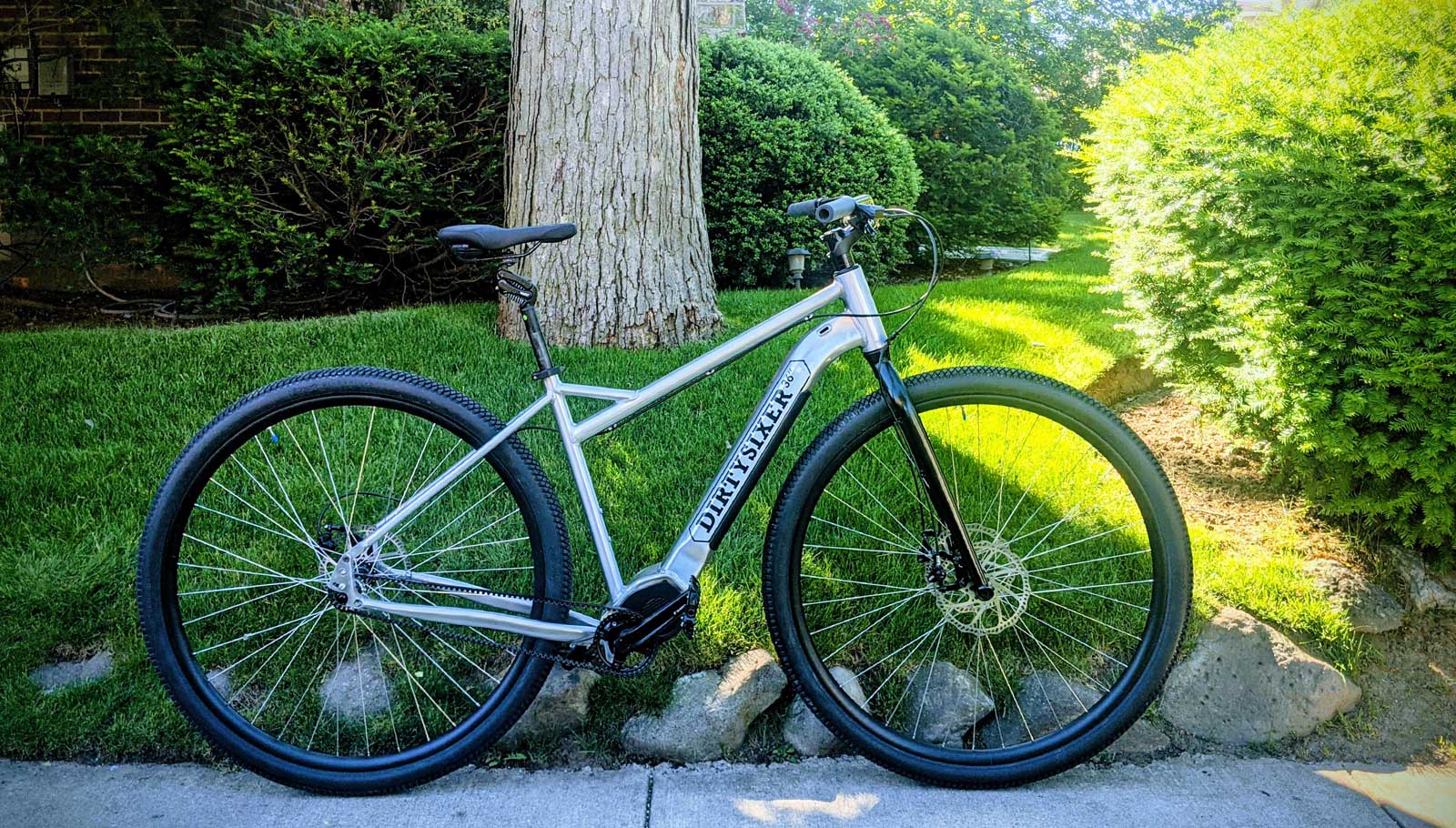 In addition to the rigid fork option, DirtySixer are also testing the eBike with a fork with an internal shock system in the headtube

Both are fully integrated with a Shimano e8000 motor delivering a peak power output of 70Nm, powered by a downtube integrated 500 Wh battery. Claimed range is around 60 miles on a flat surface, though of course that will very much depend on the rider’s input and their weight, amongst other things.

Both 36er eBikes use a Rohloff Speed Hub XXL with a Gates Belt Drive for power transmission to the rear wheel. Nextie 36″ carbon rims are seated with Vee Tire Co’s Trax Monster Tires.

The next eDirtySixer prototype will test an integrated automatic gearbox and motor from French company Valeo/Effigear. 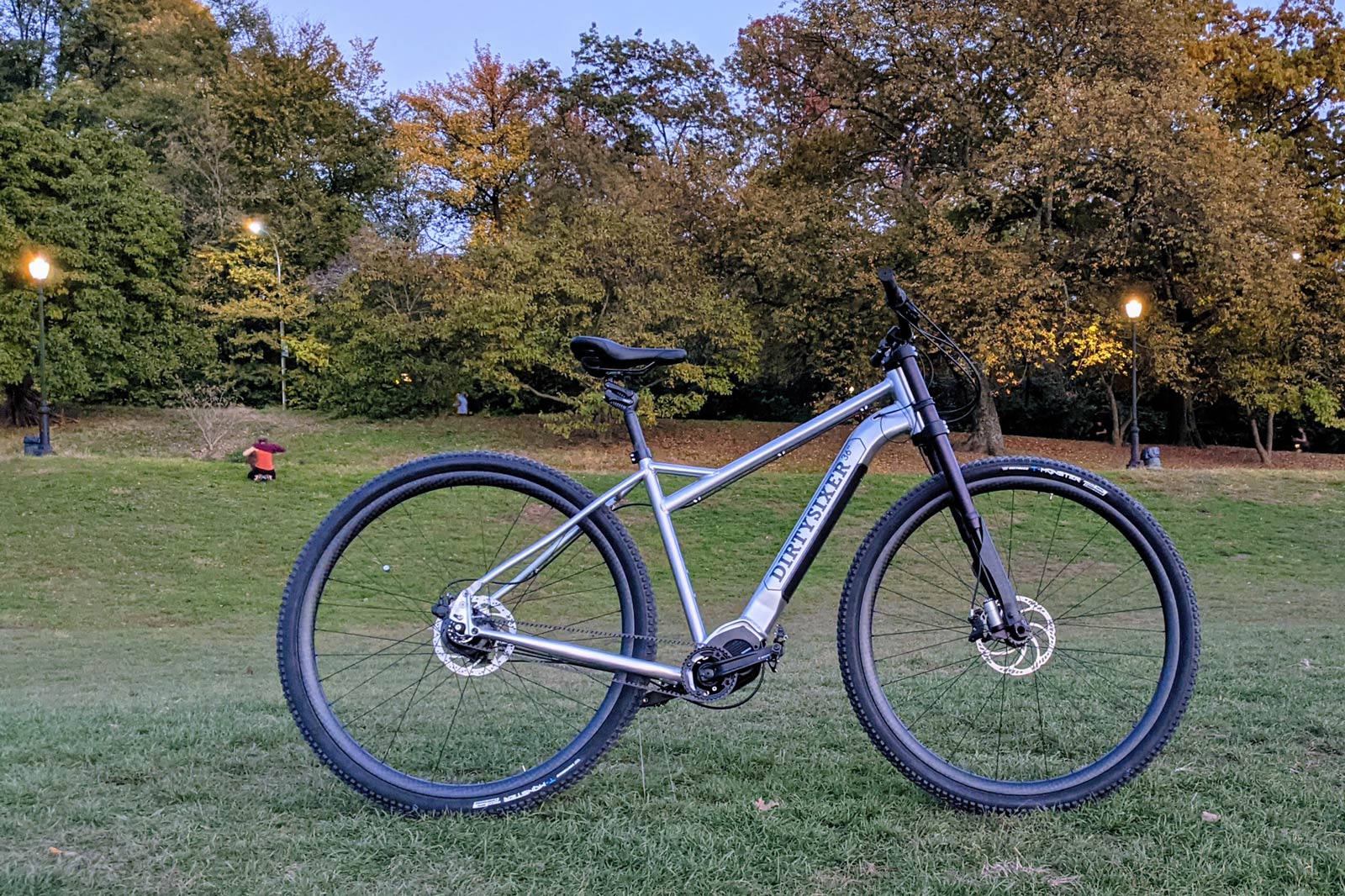 The eDirtySixer prototype is a size 3XL. The numbers below aren’t set in stone; they will likely change subtly as various iterations are tested with Bosch or Bafang motors and the Valeo/Effigear motor and gearbox.

The suspension fork e36er prototype was assembled with a now-discontinued MRP Groove limited to 100mm travel. Testing is now underway with a DNM USD8 fork.

DirtySixer say their new 36er eBike will be the ultimate electric SUV on two wheels, dominating the city, roads and trails. Expect to pay something north of $8,000 USD for the “MTB” version, and over $9,000 USD for the model with the Bosch Gen4 motor and Rohloff hub with electronic shifting. DirtySixer will sell this 36er eBike with their own proprietary pedals, grips, rims, cranks and (to come) tires, all up-sized to suit the tallest riders in the world.