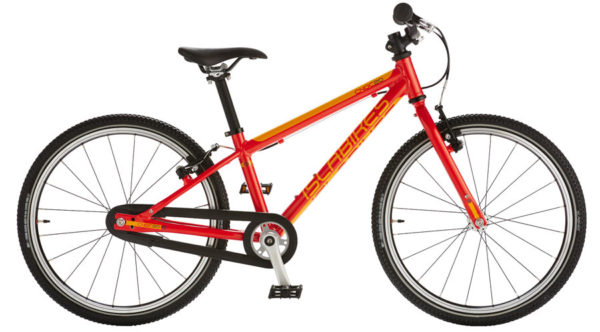 IslaBikes has been making mountain and cyclocross bikes for all ages of kids, as well as a few sizes of the Cnoc, but now that line has grown to fit even more riders. The new Cnoc 14 Small keeps the same singlespeed build as the regular 14″-wheeled Cnoc, but fits smaller riders that are ready to pedal and balance on their own. The Cnoc 20″ (shown above) is for kids as young as five that might just be a little tall for their age but still need the simplicity of a single speed. 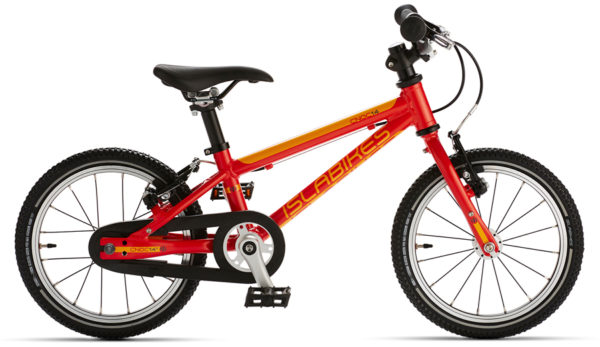 Isla has expanded their tire range, too, offering a more premium 72tpi tire on more models and sizes, which improves ride quality and has better traction on various surfaces, on and off road. It gets the same tread pattern as the higher end rubber on the Luath series, but not quite as expensive for the Rothan, Cnoc and Bein models.

The Creig and Luath both get 1×10 drivetrains with 11-36 cassettes, with the former utilizing a new narrow/wide single chainring up front, same as they’re using on their Pro series. The Luath 24 and 26 gets a ton of changes, including narrower diameter handlebars for easier grip and brake reach, lower BB heights, integrated rear fender mounts and the Pro Series’ narrower Q-factor chainrings.

My boys (ages 9-11) each have an Islabikes Beinn. They’re by far the best kid bikes available in that price range.

I love this new category of bikes, especially as a long time bicycle enthusiast. Although expensive, I personally want to get a nice bike for my kids to learn on. I bought the Woom2 for my 2 and 4 year old to share. I am about to upgrade to the 16″ wheel size, and I will be comparing the islabikes and woom models.

I so wanted to get one of their bikes for my daughter last year but she absolutely wanted nothing to do with the orange color. Nice to see they’ve expanded the pallet, just wish they’d done so earlier!

This company – hitting it out of the park with their bikes.